On the day Adam proposed to Courtney, he asked her to be his “forever friend” and the rest is history—and a beautiful day at Foxhall Resort planned by Chancey Charm Atlanta, of course. Romantic and feminine touches stand out in the details like the bride’s dream wedding gown(s) and stunning florals including a dramatic ceremony arch by Tulip. A subtle white and blush palette allows the venue to shine—along with the beautiful bright and sunny day—and it’s all captured by Morning Light by Michelle Landreau. 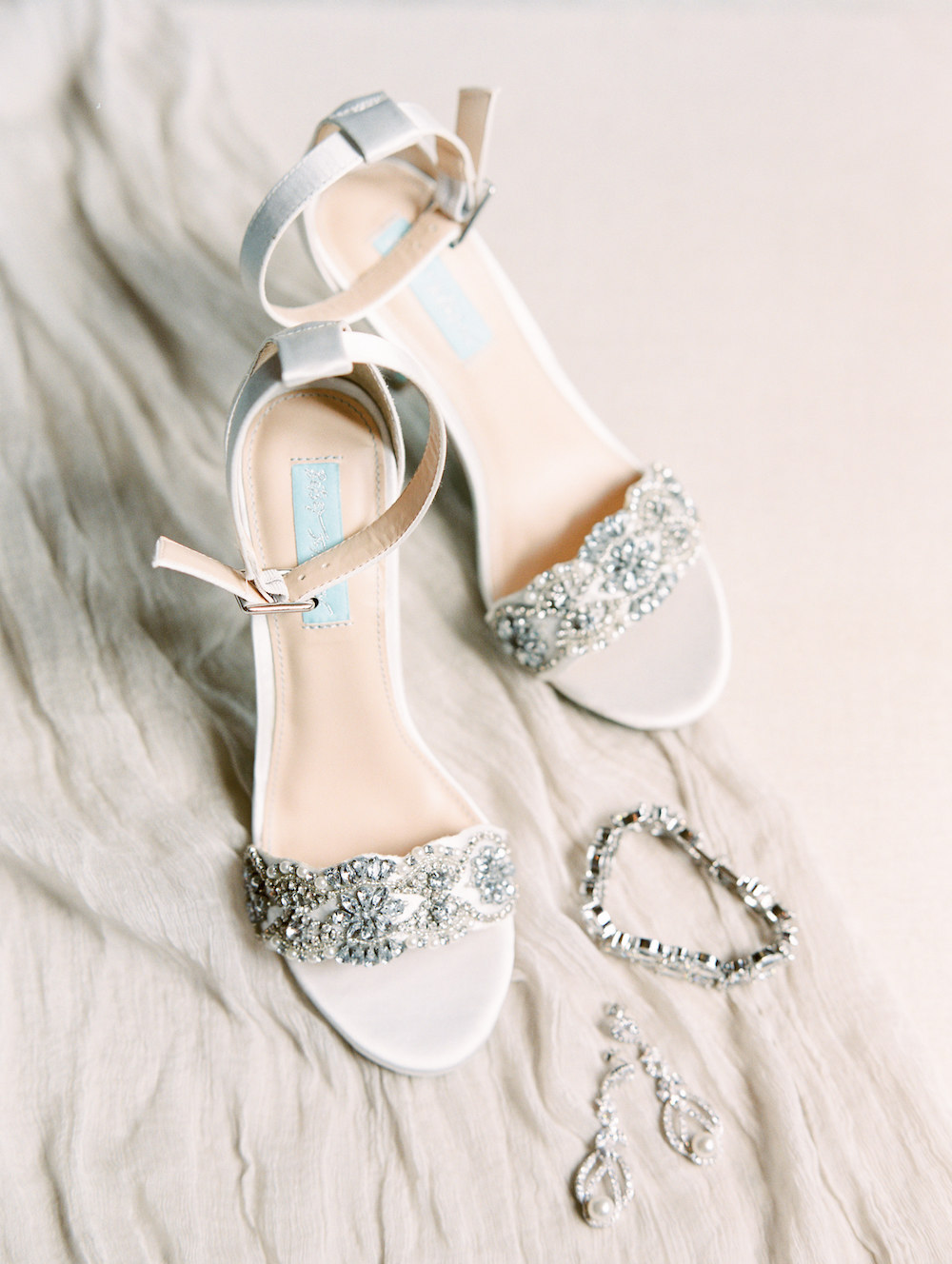 Every detail was thought out to truly engulf Adam’s and my personalities and embody our story. We had each of our high school and college friends stand by our sides but we also had our family there to support us 100% of the way. The pastor was a long time church pastor to me, who basically raised me in the church and it meant the world to us, to have him marry us.  My dress was something so special because I custom designed it to make my fairy-tale dream dress and most of all, my grandmother (whom I shared a birthday with) was able to see it before she passed away. 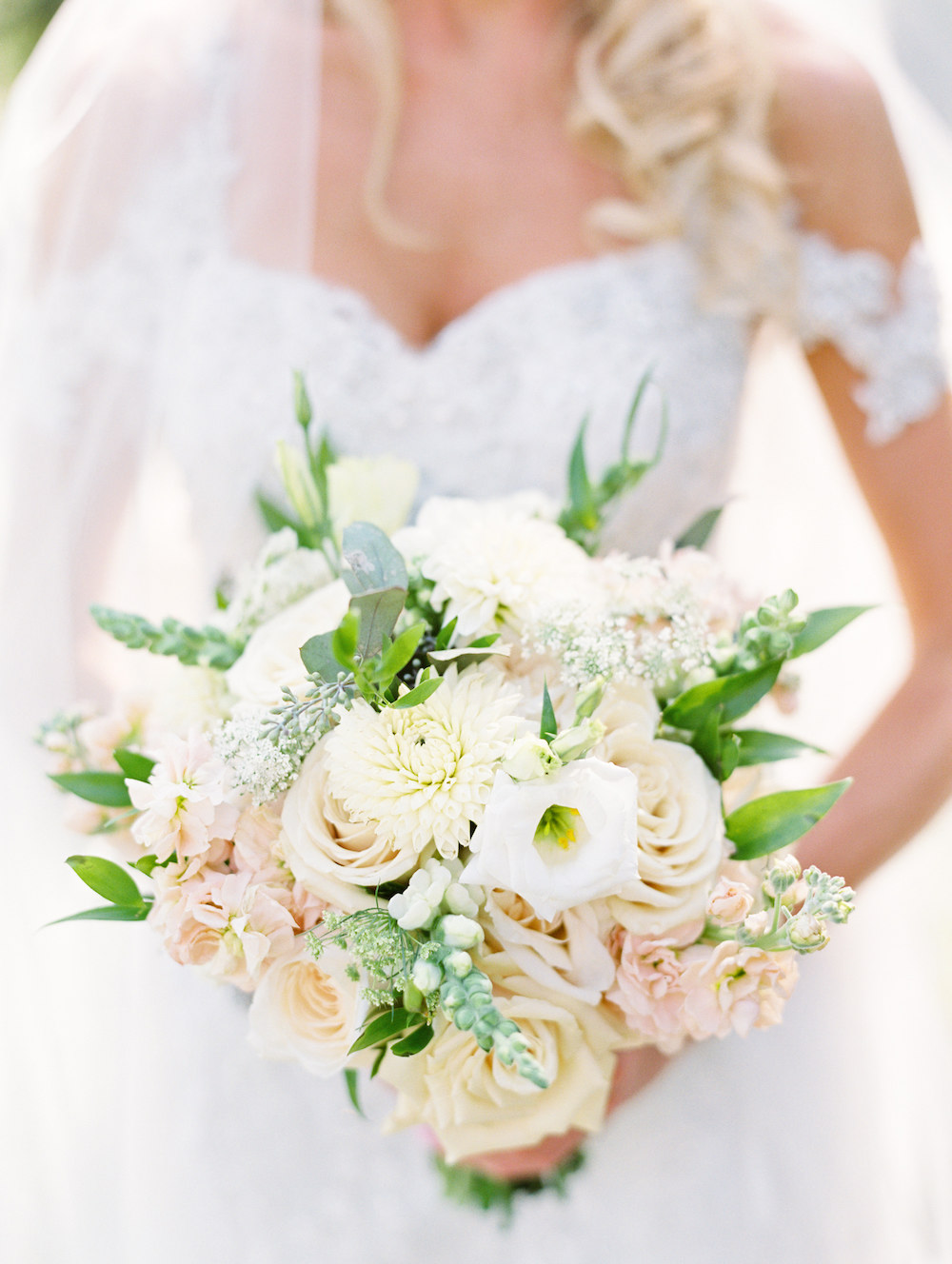 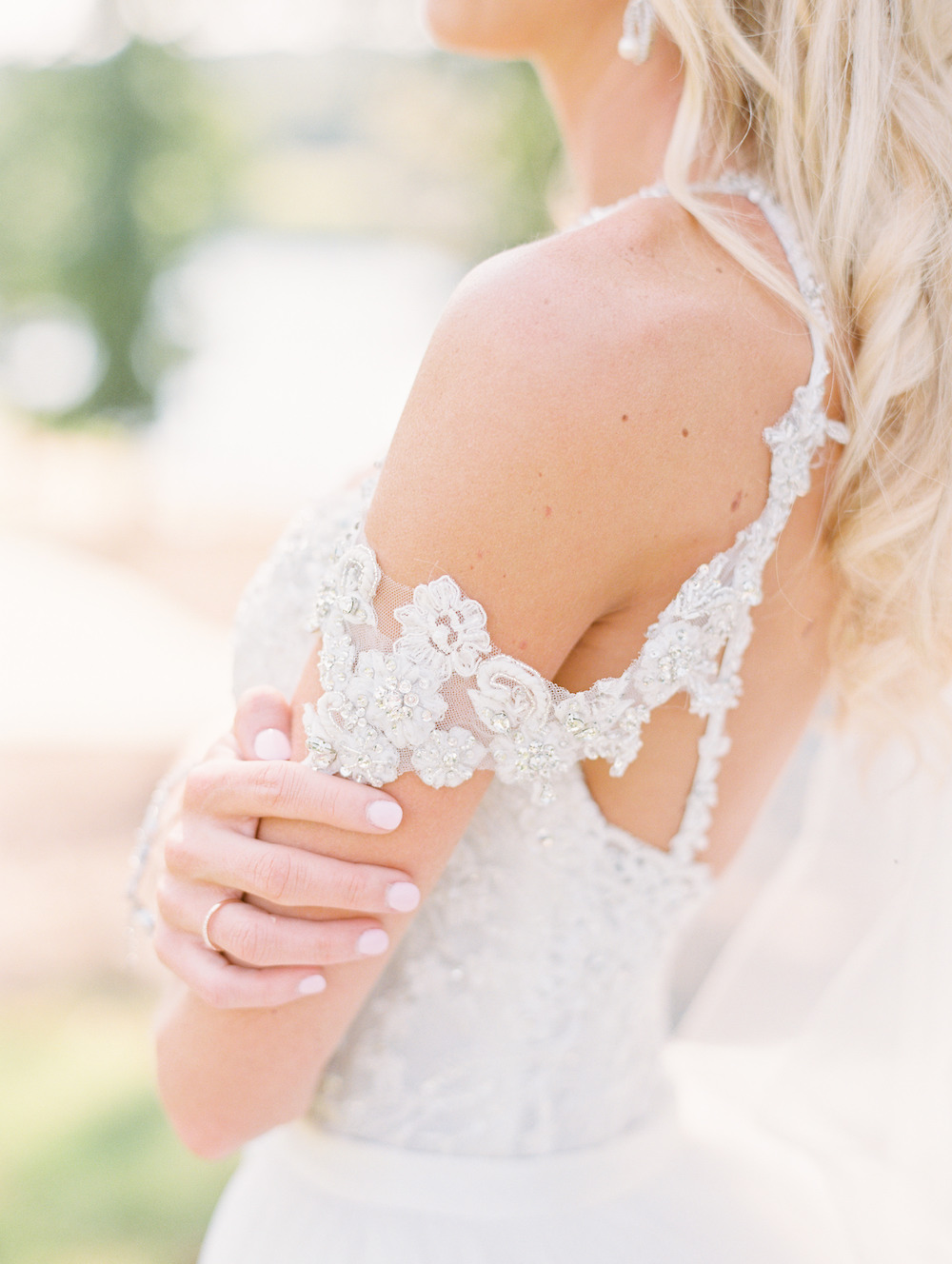 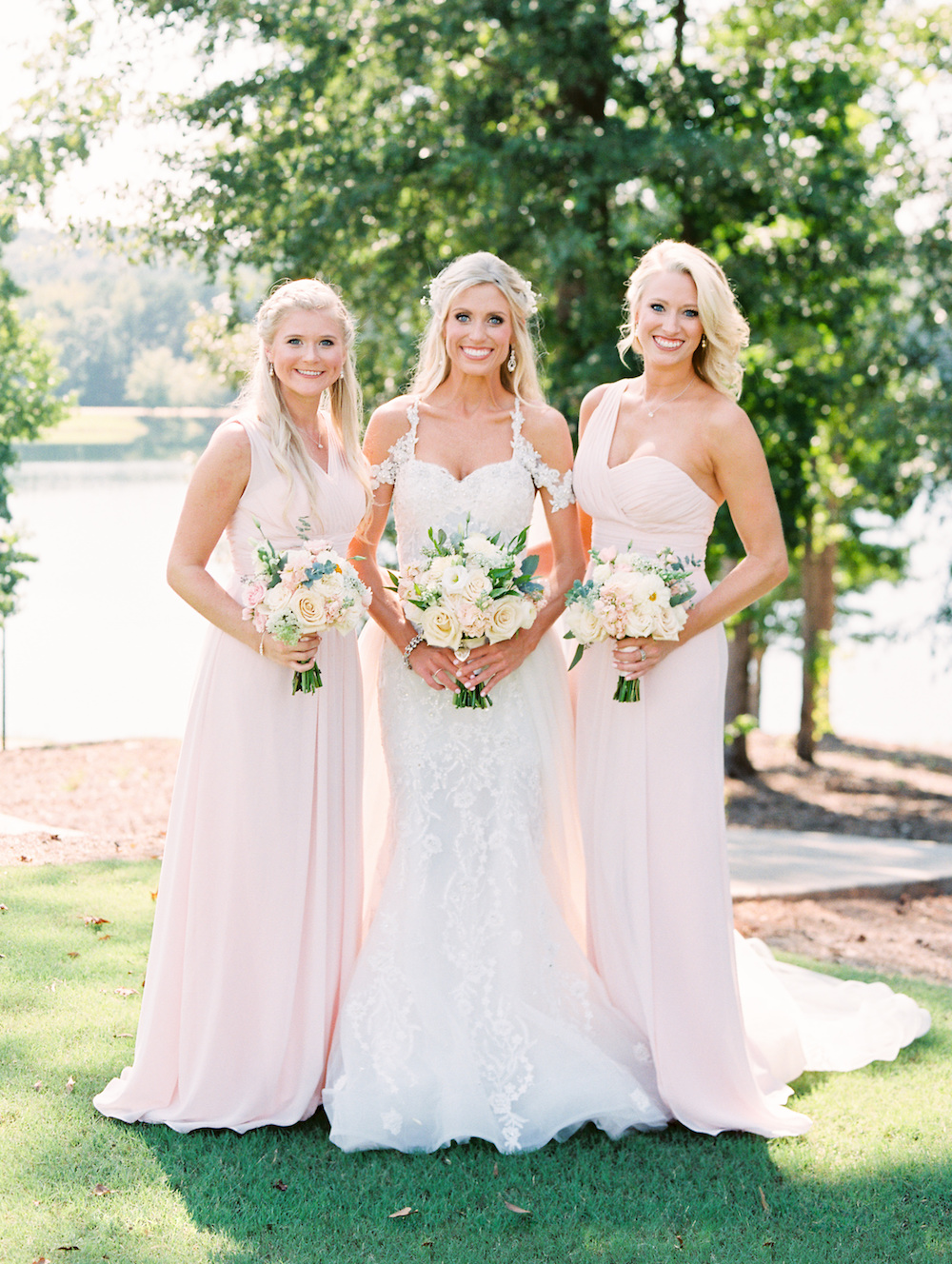 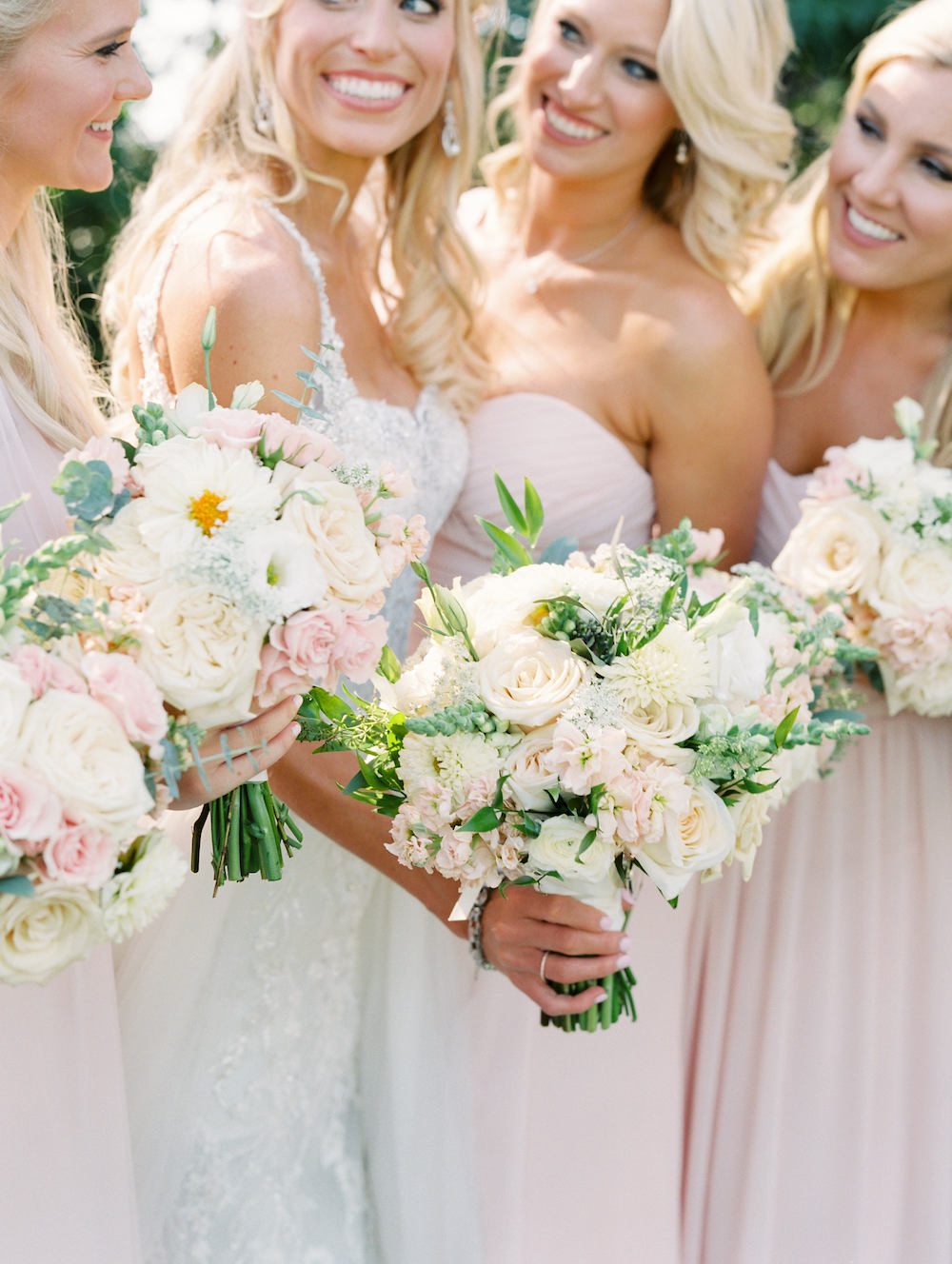 The gown was from Bridal’s by Lori. However it was originally tailored to basically something nobody would have. I paired two dresses together to give me a dramatic ball gown look for the ceremony and then took another dress to create a mermaid look for the reception. To add my own “Courtney” niche, I added a silk bow to wrap around my waist, to complete the hourglass look. 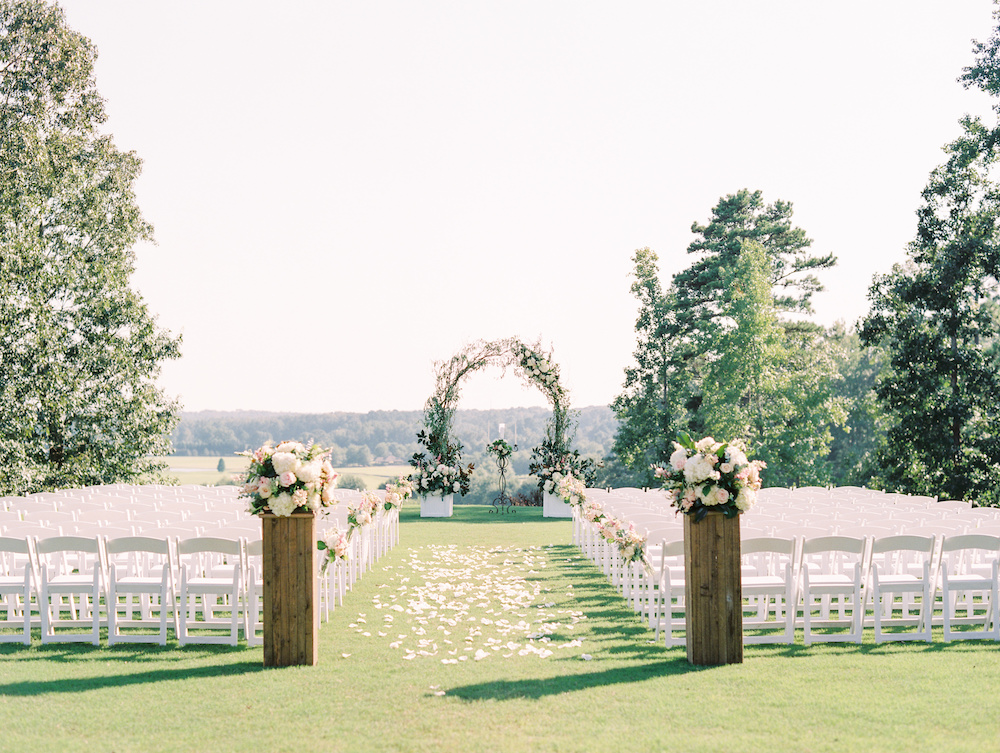 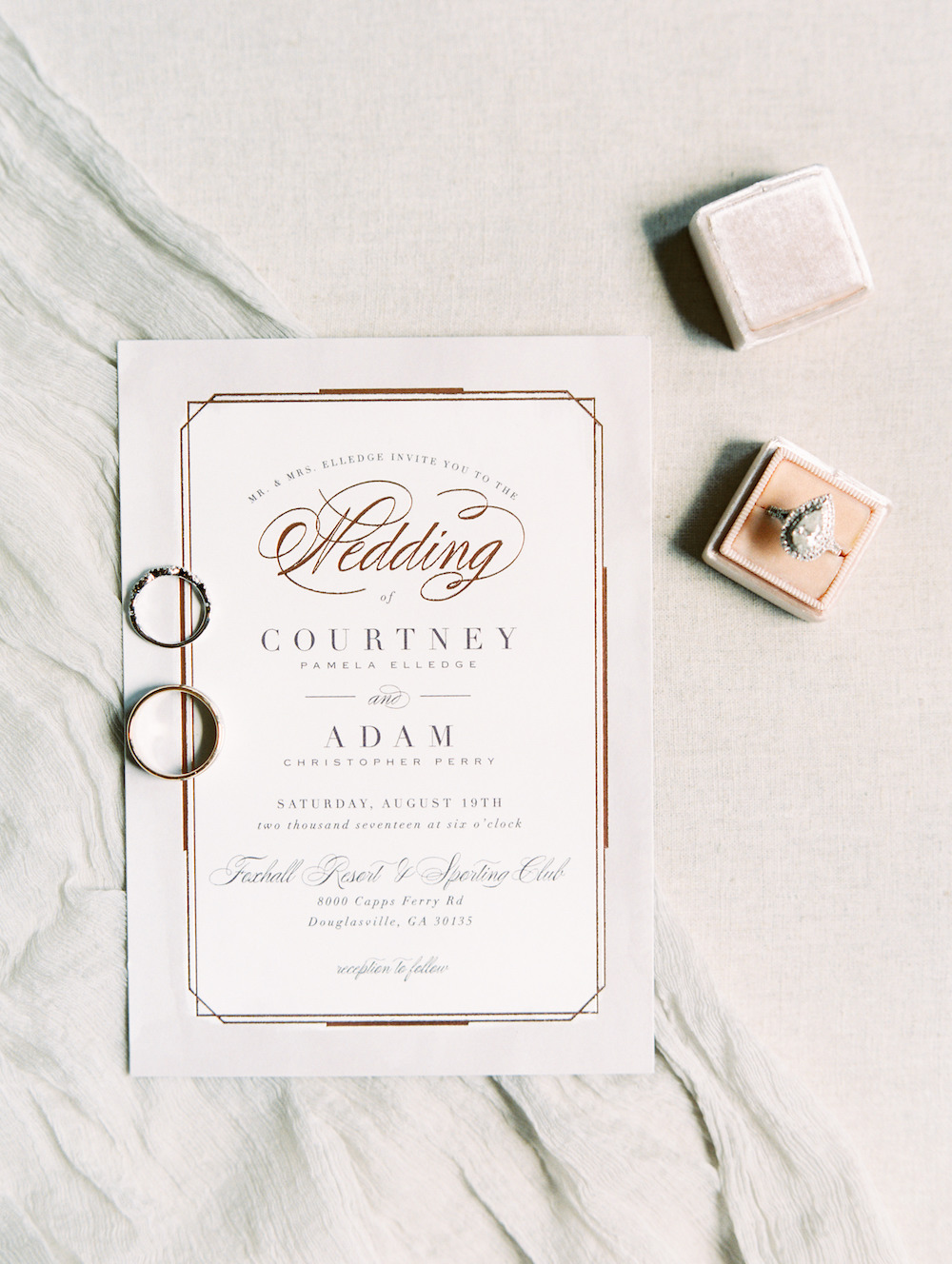 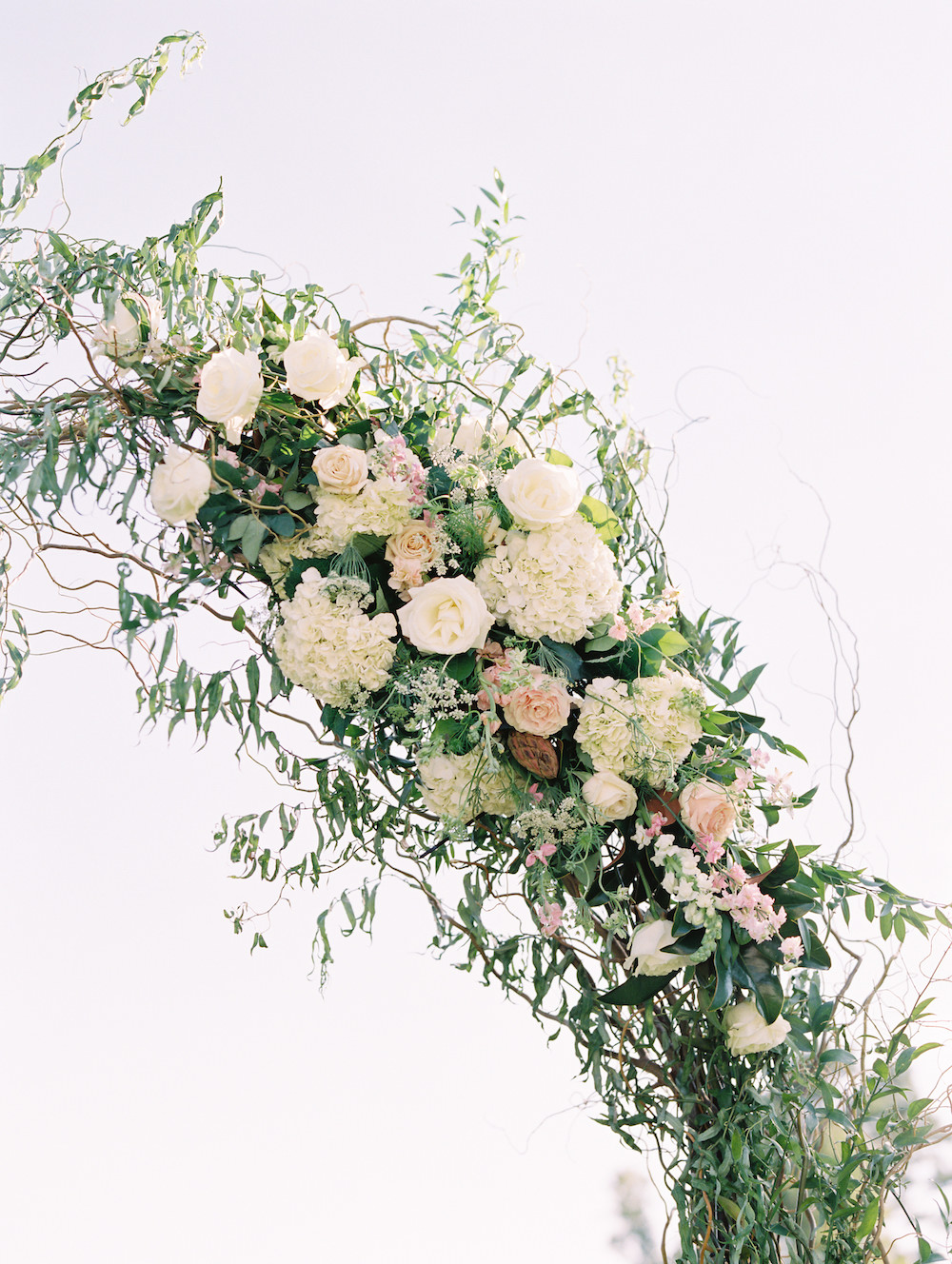 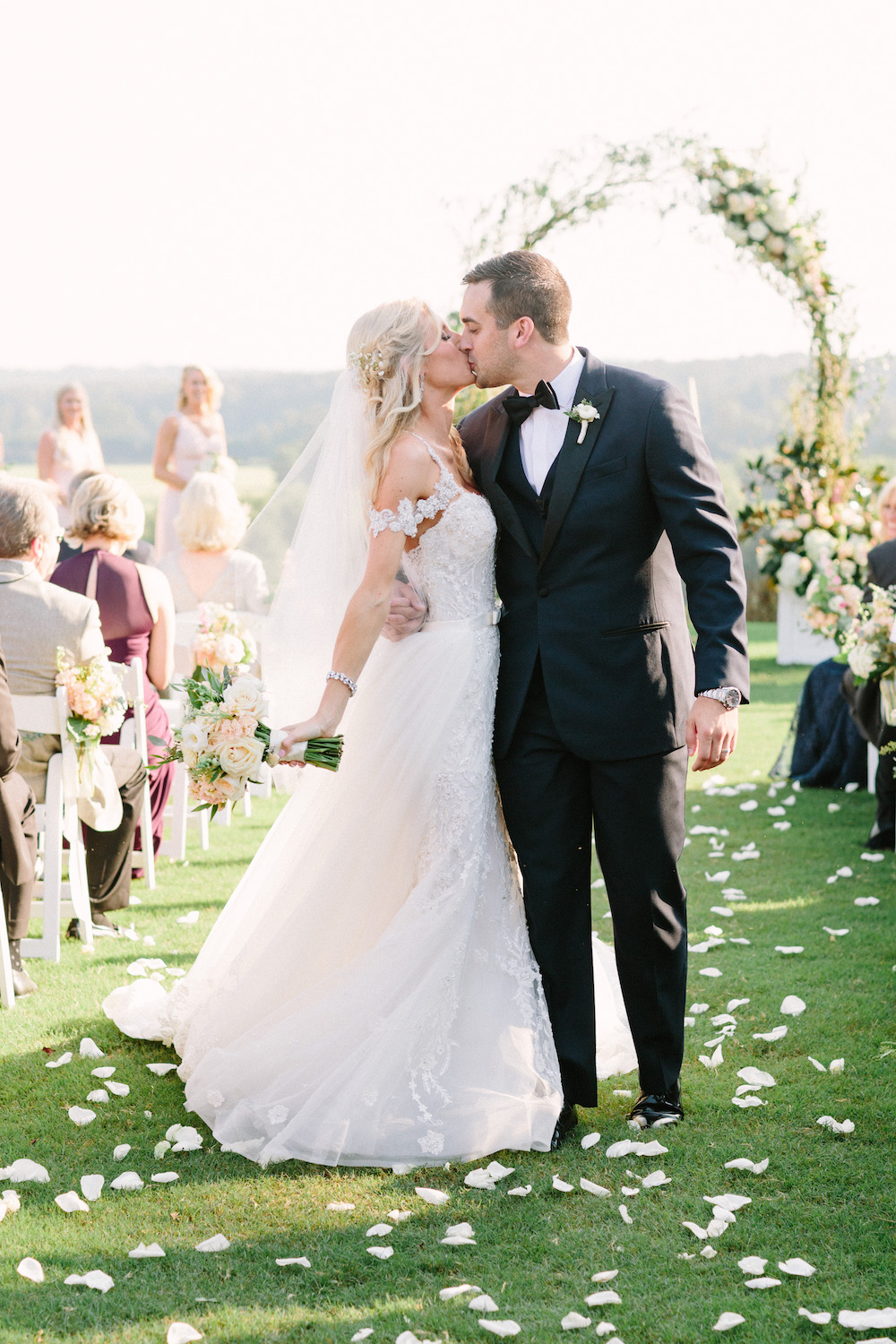 We had the word “forever friend” scripted into our notes we wrote for each other because this is what he asked me to be, when he proposed on November 12, 2016. We had our something borrowed, something blue, something old, something new. We decorated the aisle to make it feel like a flower petal dream. Also the aisle music that I walked down to was played by my father-in-law and one of my best guy friends. 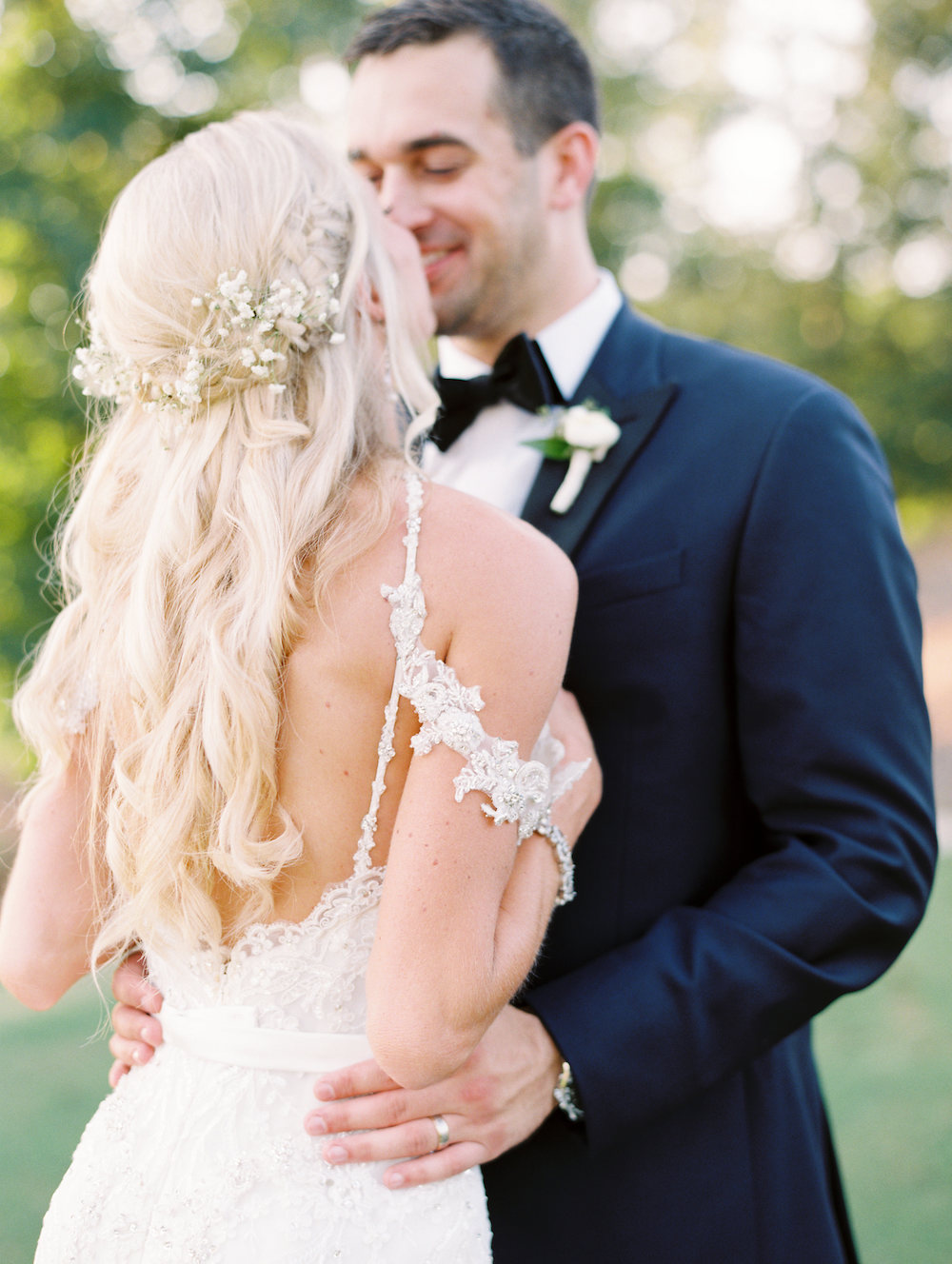 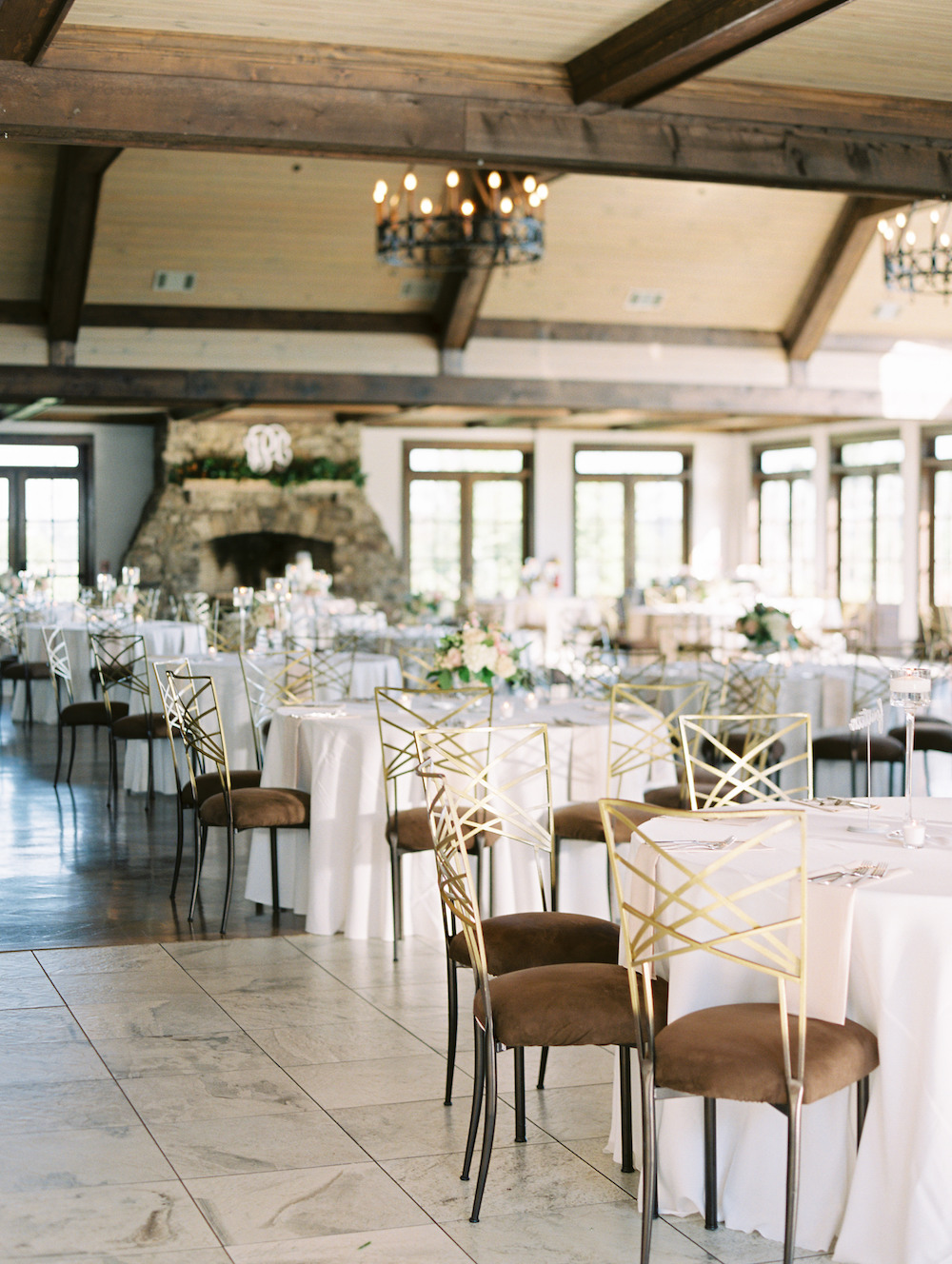 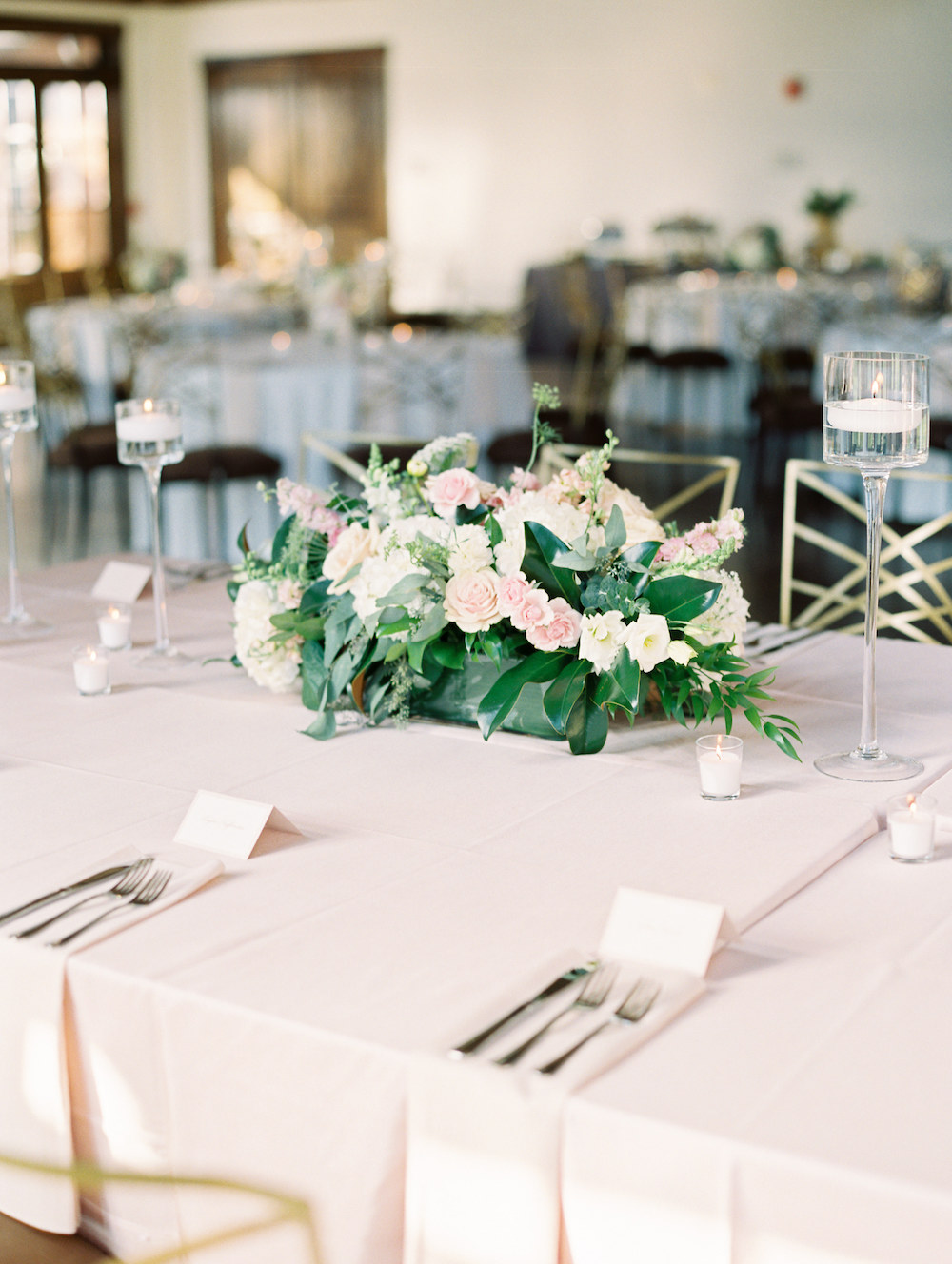 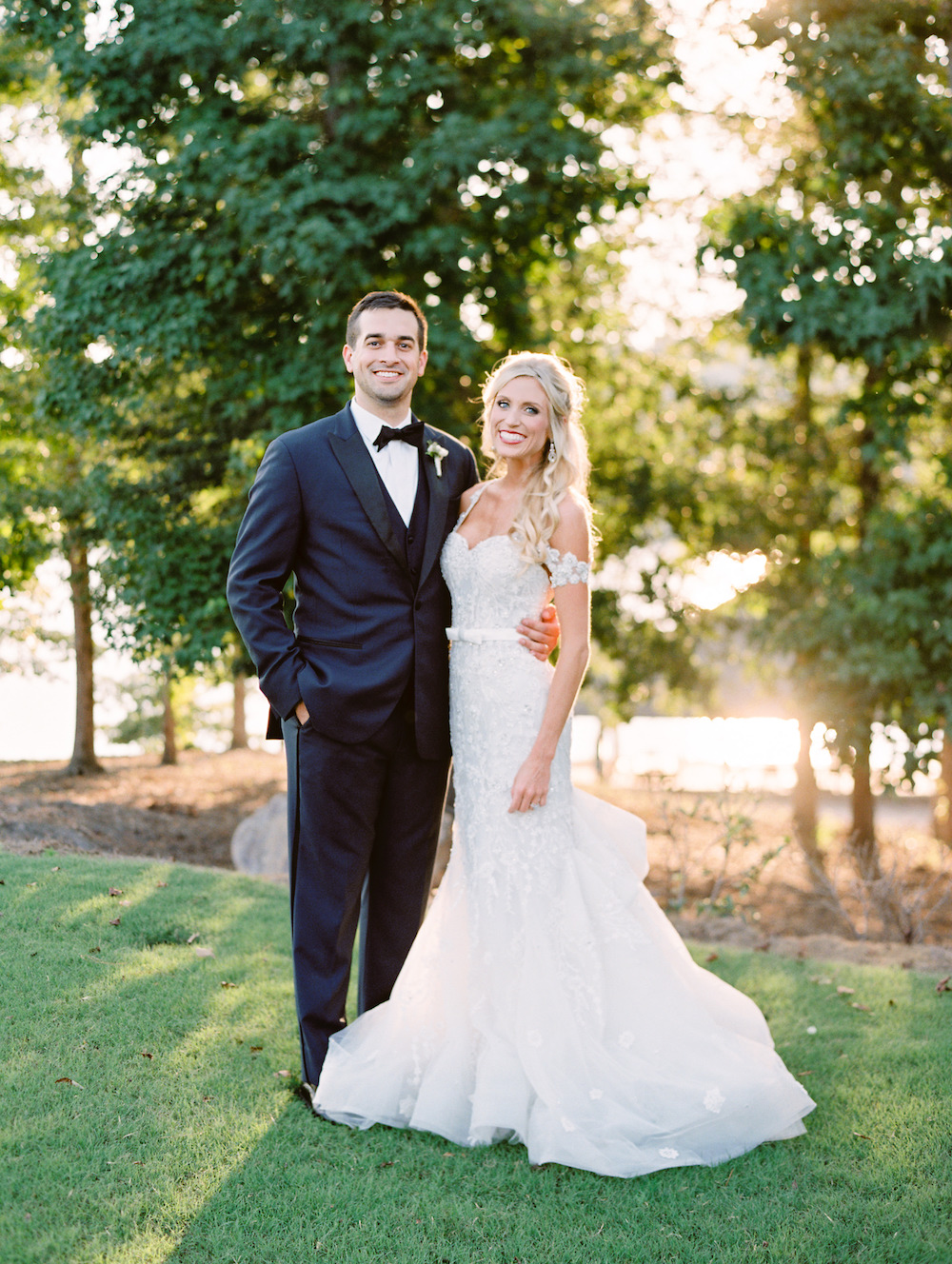 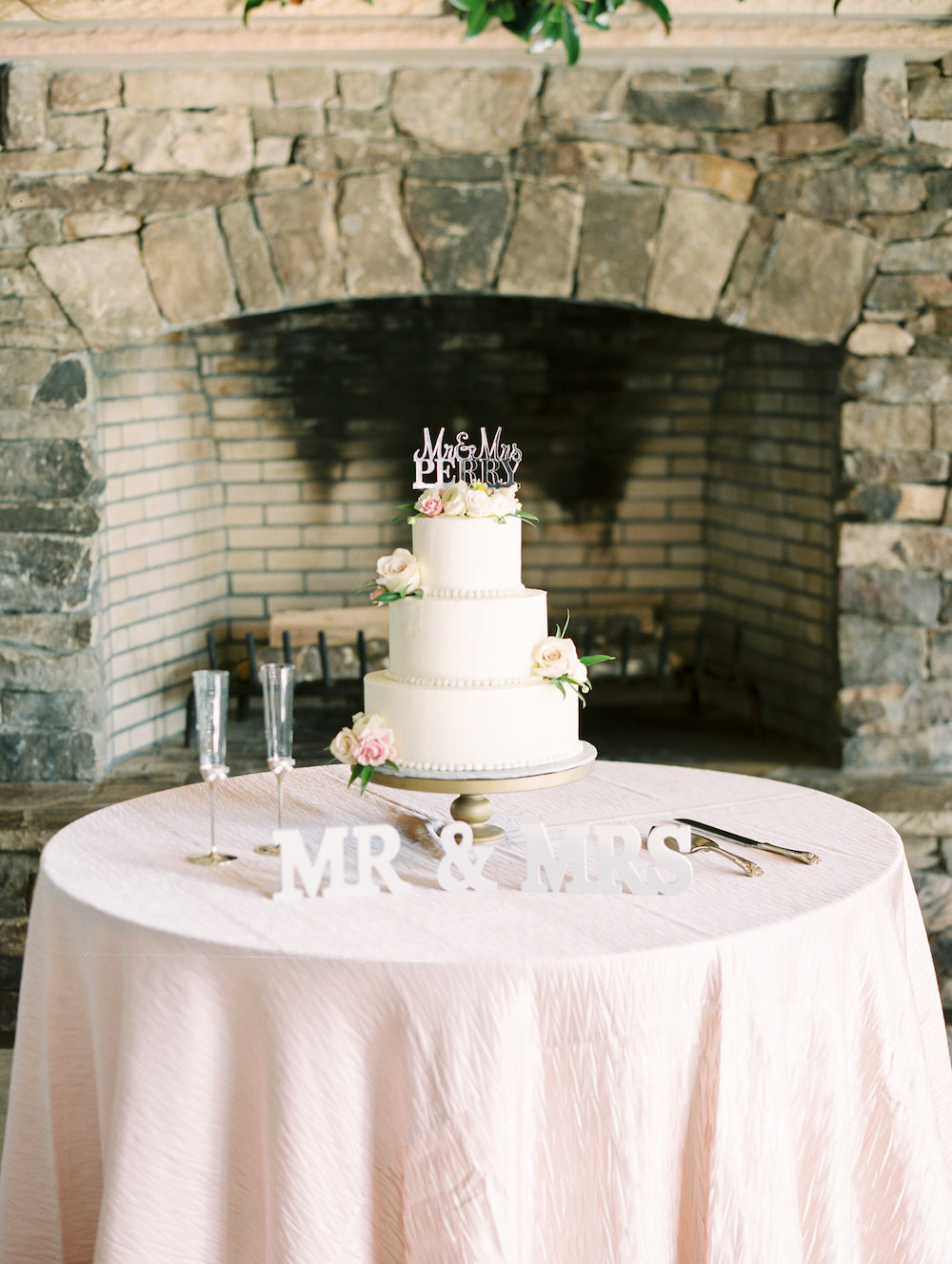 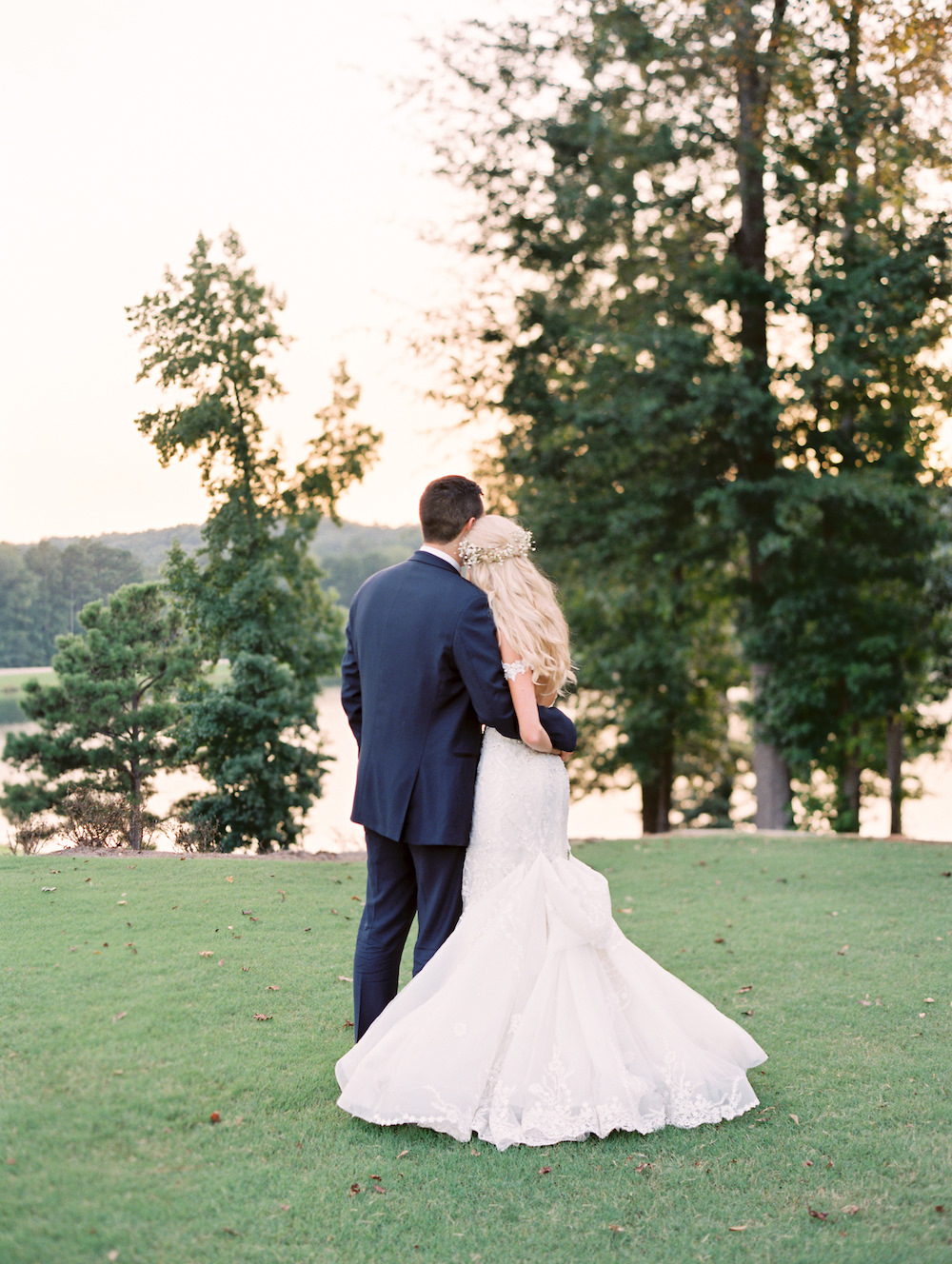 When we both saw each other for the first time. We didn’t do a first look and we made sure to keep each of our outfits/looks a secret so when the doors swung open and I saw him standing at the end of my aisle, we both got all choked up. 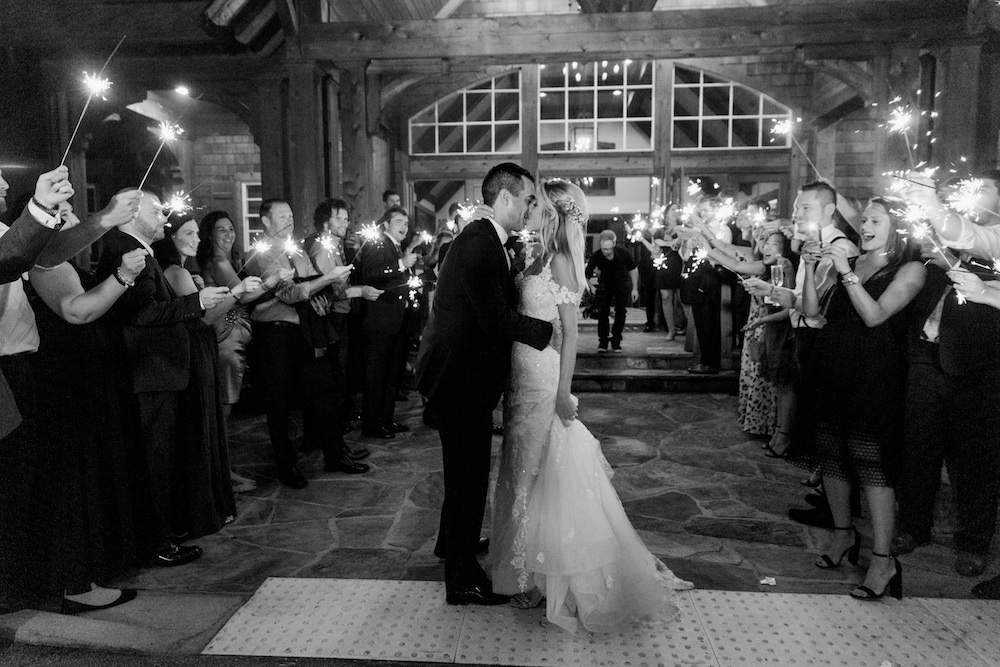 How we met: Adam and I both went to UGA. Go Dawgs! Oddly enough we never really crossed paths until junior year. My girlfriends in my sorority and I decided for our spring break that year we would go to Key West. They kept talking about “Oooh the beta’s will be there!” and even though I didn’t really know them I was still super pumped. The two groups were planning to go out the first night but before we did, we met at the hotel rooftop to meet up with the boys. I started talking to this guy named Adam, right before we all went out and I’ll be honest, I don’t remember the conversation at all because I thought he was so cute. All night long we kept looking at each other out of the corner of our eyes but both shy to really make the move. We were standing at this outside bar and I saw Adam just sitting against the porch railing talking to his friends. A guy came up to offer me a drink and I took it, looked at Adam and he was looking right at me, so I threw the drink away because I didn’t want him to think I was dating someone. Cheesy? Yes. Did I really waste that drink? Unfortunately. Are my cheeks bright red admitting this? Like a fresh red strawberry. The night goes on and Adam and I finally got a chance to just stand around a high top table and chit chat. My smile was bigger than ever and he of course was coming up with some silly puns to say just to make me laugh. It got pretty late, so my girlfriends and I needed to head back to the hotel. (I 100% didn’t want our conversation to end) Luckily for me, Adam said “you should text me sometime”, I just looked at him with a raised eyebrow and was like “Alright? Not sure how I’ll do that without your number?”Adam: “Check your phone.” Walks away. Boom. He thinks he’s sly. The next day I was lying on the beach (and I think he’d kill me for saying this but hey it worked in his favor) with my girlfriends and he walks by with his guys and says “You bronzing?” and then walks away. Might be the lamest, weirdest pick up link but it worked!

Our engagement: Adam and I love surprising each other and I’m a huge birthday person, so of course one of the biggest time to do surprises is on mine and his birthday. Surprisingly enough, we started dating and realized we were 10 days apart. November 3rd and 13th. Well after he took me to the rooftop of Ponce City Market for my birthday I wanted to do something extra special. He used to bar tend in college and we love trying new places/things, so I thought what’s more perfect than surprising him at a brewery or a winery that he’s never been to? Well I started talking with his sister trying to get ideas of where we should go (little did I know she was just feeding me ideas…you’ll see soon) and she said “what about Chateau Elan? He’s never been there!”

Well fast forward, me, Adam, Rachael (his sister), Bobby (her husband, Adam’s brother in law), and our friend Ryan all met at Rachael’s house so we could ride together for Adam’s surprise. He was a little quiet so I was nervous he was tired or something but really he was just freaking out about the proposal. The whole way there I’m snap chatting Adam “birthday boy doesn’t know where we’re going!” But really the joke was on me. We get a bottle of wine, and while drinking it outside, we finish the bottle and Ryan had to “go to the bathroom” and Rachael and Bobby went to go “get the next bottle”. Rachael told us to go check out the little vineyard since we’d never been there. We walked towards the vineyard and all of a sudden, Adam begins to ask me to be his forever friend. I was in complete shock and was over the moon excited! I said yes and he turned me around to look up at the balcony of Chateau Elan, and there was my whole family and my closest girlfriends watching the whole thing and cheering for us. We went inside (I looked like a mess with tears and hands shaking) and we had our own little private room to drink and hang out. My mom and dad made the day so special by getting everyone bottles of wine and little appetizers for everyone to eat and just hang out!

Adam and Courtney’s Wedding from Talmond Media on Vimeo.