Two comedians meet at an open mic at the Silverlake Lounge. They both remember the mic, remember noticing each other but didn’t start dating until three years later. Seven years after that open mic, Christian proposed to Emily and they were married at  the Annenberg Community Beach House. The venue boasts an ocean view and offered a ceremony on the sand. DIY details and a retro 60’s vibe dressed the event which concluded with a smashing floral-topped cake by Lark Cake Shop. But, the most important part of the day were their children. Luke and Milla, 12-year-old twins that Emily was lucky enough to inherit when they were eight, were their maid-of-honor and best man. Mandee Johnson was on hand to capture the family’s love and all the delightful moments in her signature journalistic style. 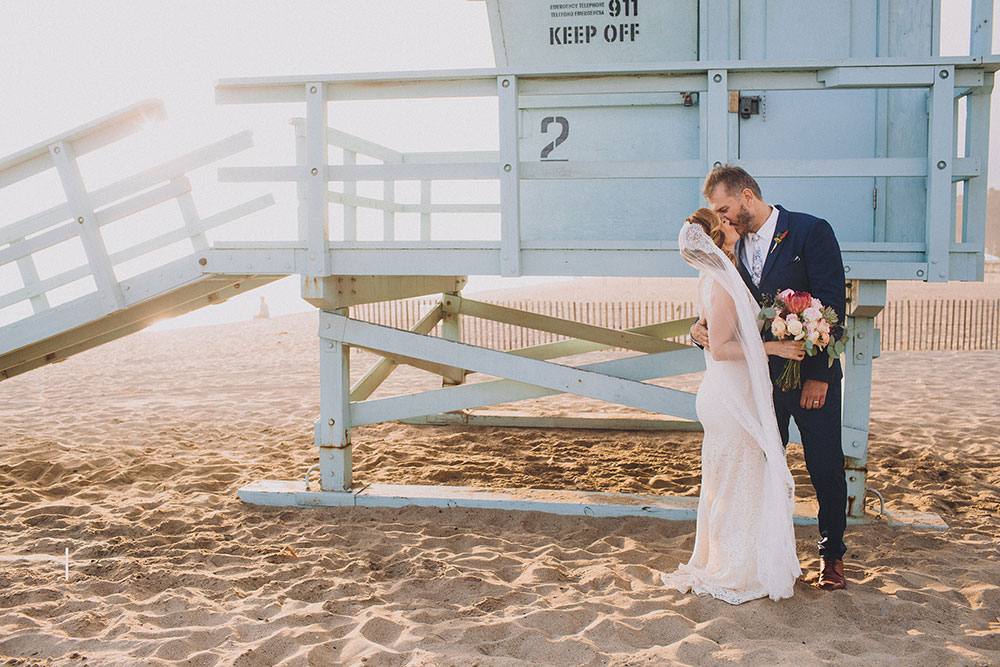 From the photographer: They starting dating in August so it only seemed right to tie the knot in the same month. It’s also the same month Emily was born so it’s just a good month all around. Being close to the water was high on the list and the Annenberg Beach House allowed them an ocean view with a ceremony on the sand. But, the most important part of the day were their kids. Luke and Milla, 12-year-old twins that Emily was lucky enough to inherit when they were eight, were their maid-of-honor and best man. It was so fun to have them by their sides and they couldn’t have pictured it any other way. 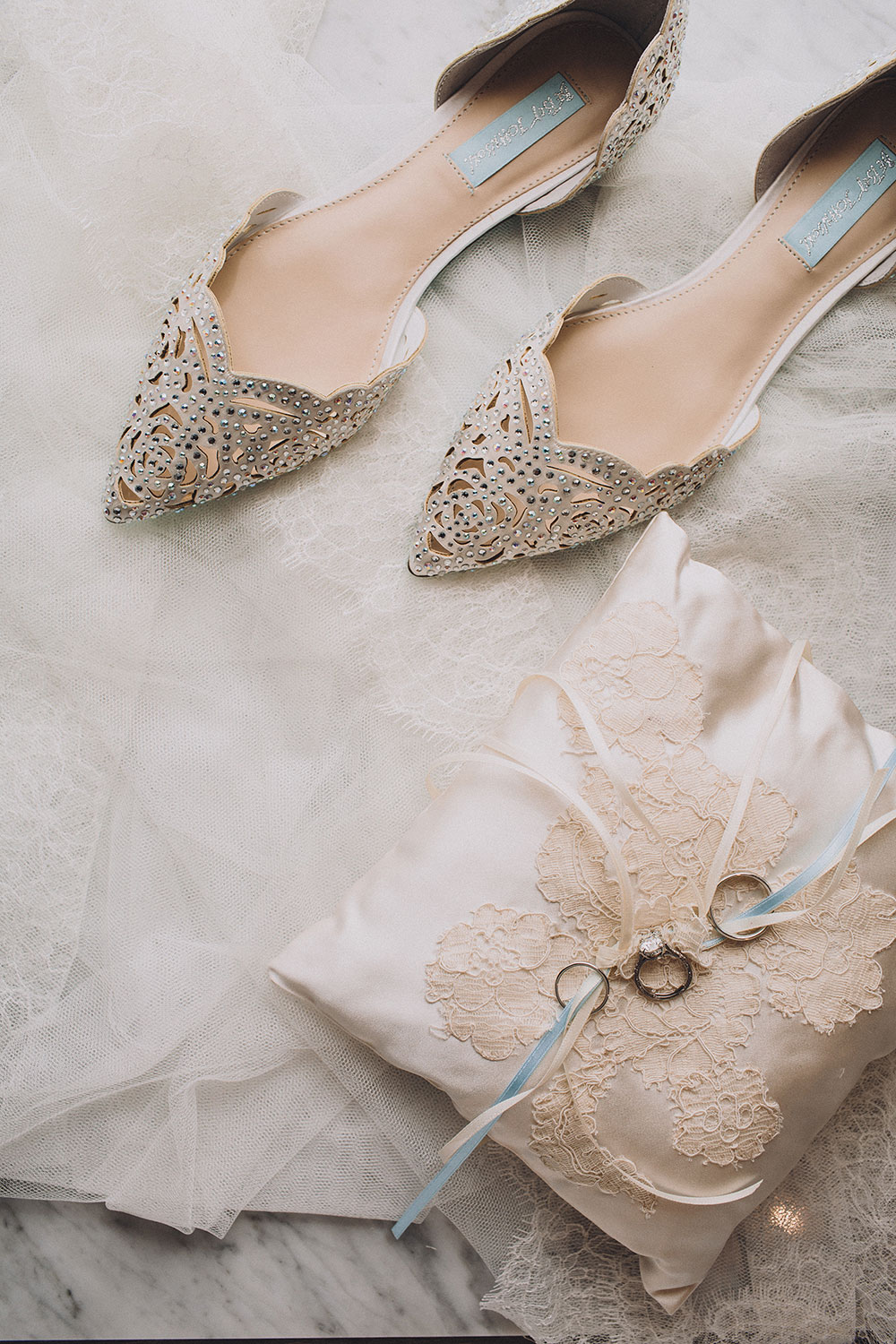 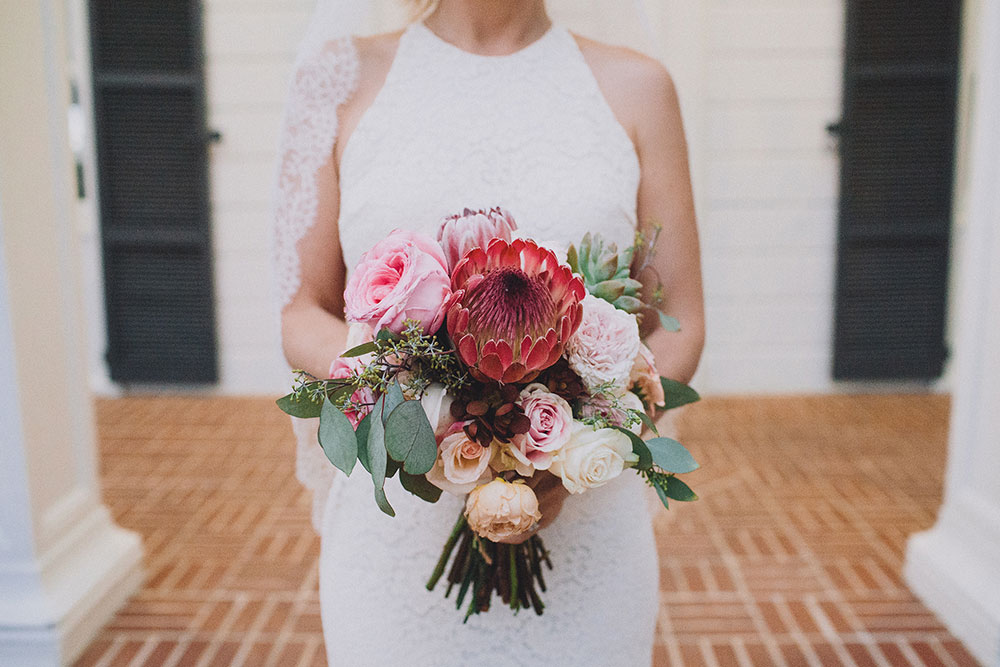 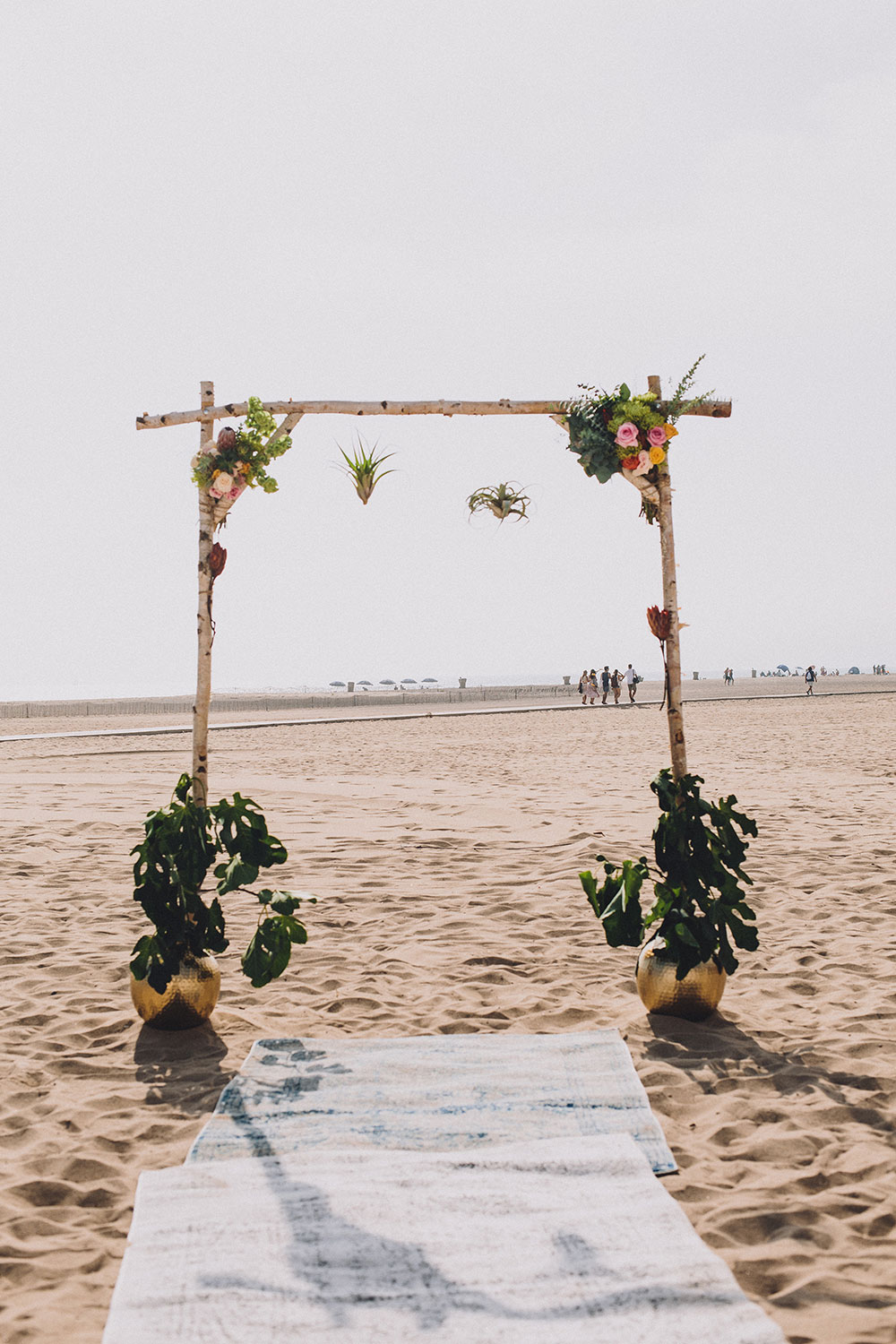 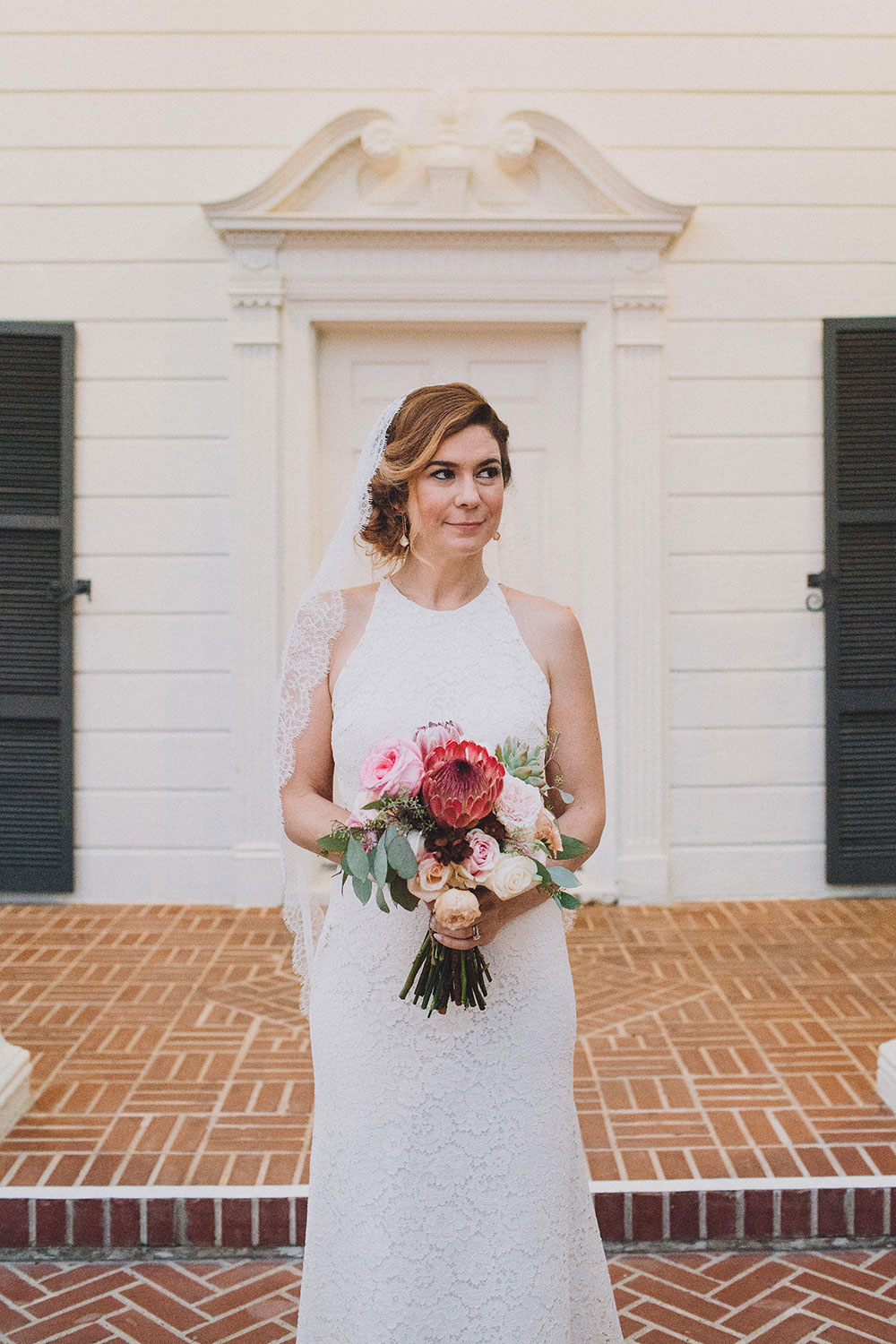 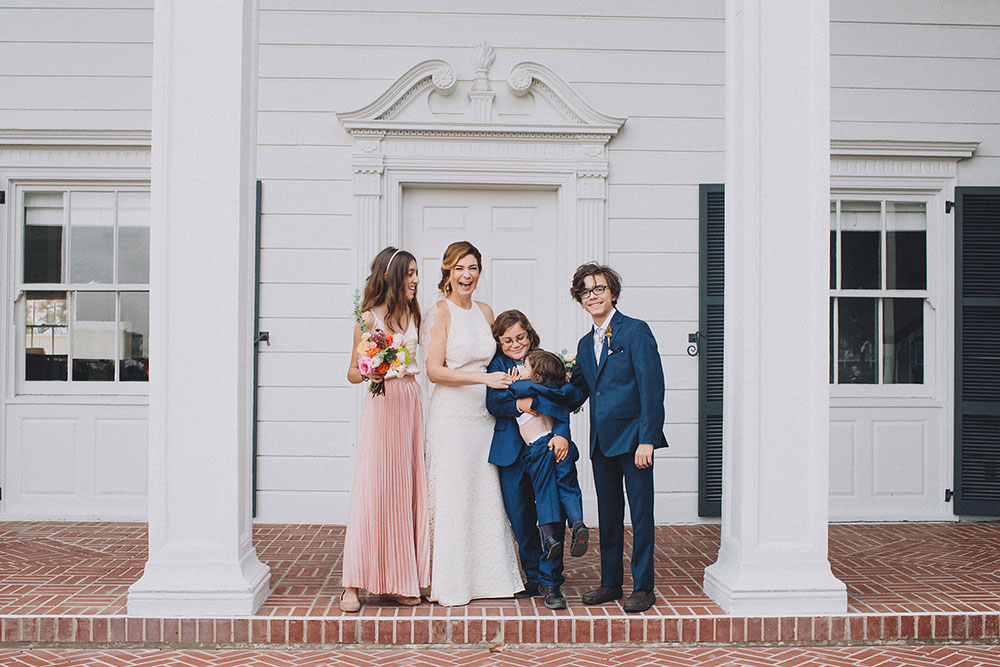 The wedding itself was a DIY affair. Pulling the color palette of beach shells and metallic for the bridemaid dresses accented by brighter 60’s and sunset pops in the floral. The florals were done by a dear friend and comedian Susan Burke. Emily and Susan got all the ladies together the day before the wedding to assemble the table arrangements and bouquets, making each one a labor of love with a special memory. They filled the room with childhood pictures and created a guest book out of an old typewriter and some loose paper. Emily also turned an old mirror into the escort board for table assignments. 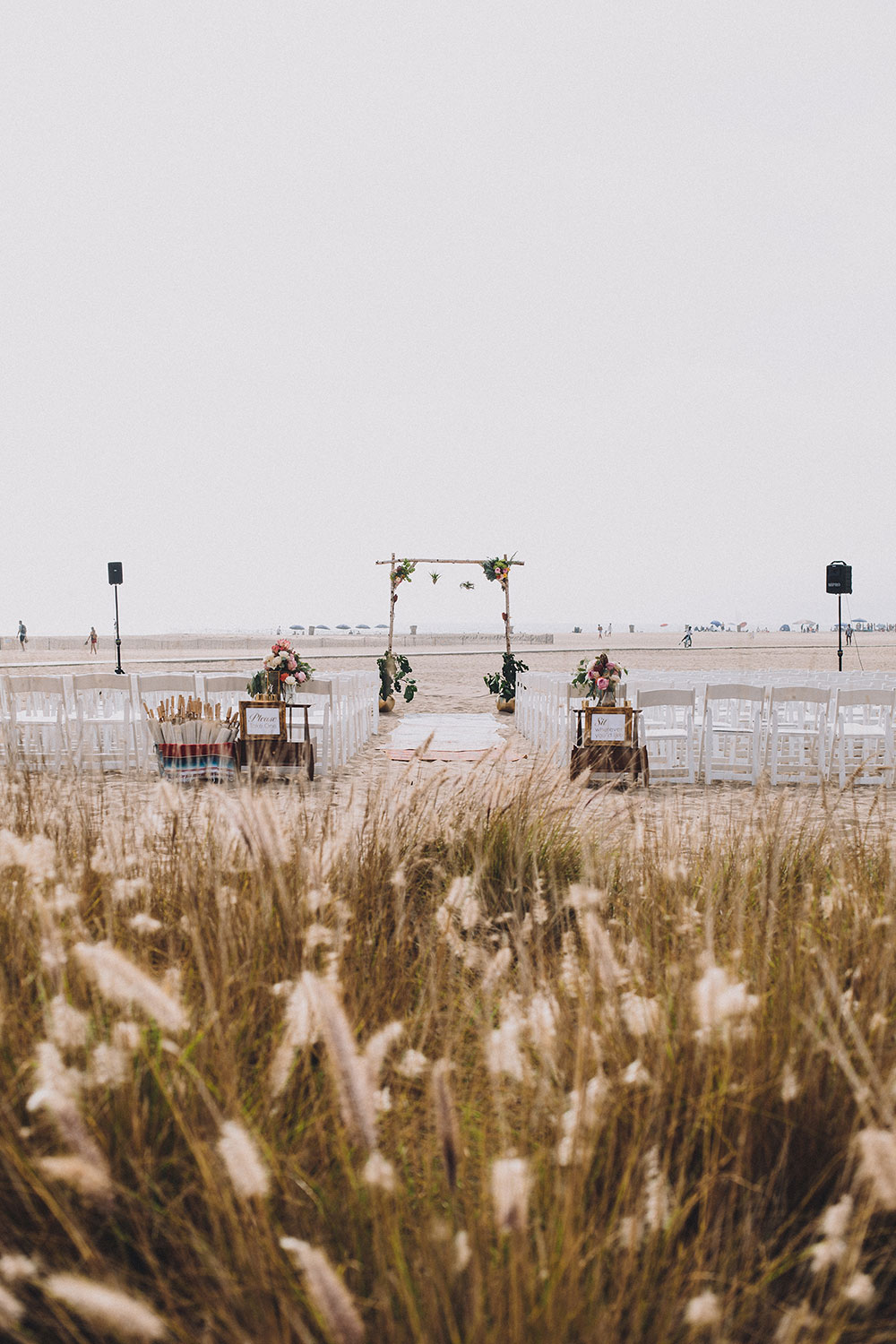 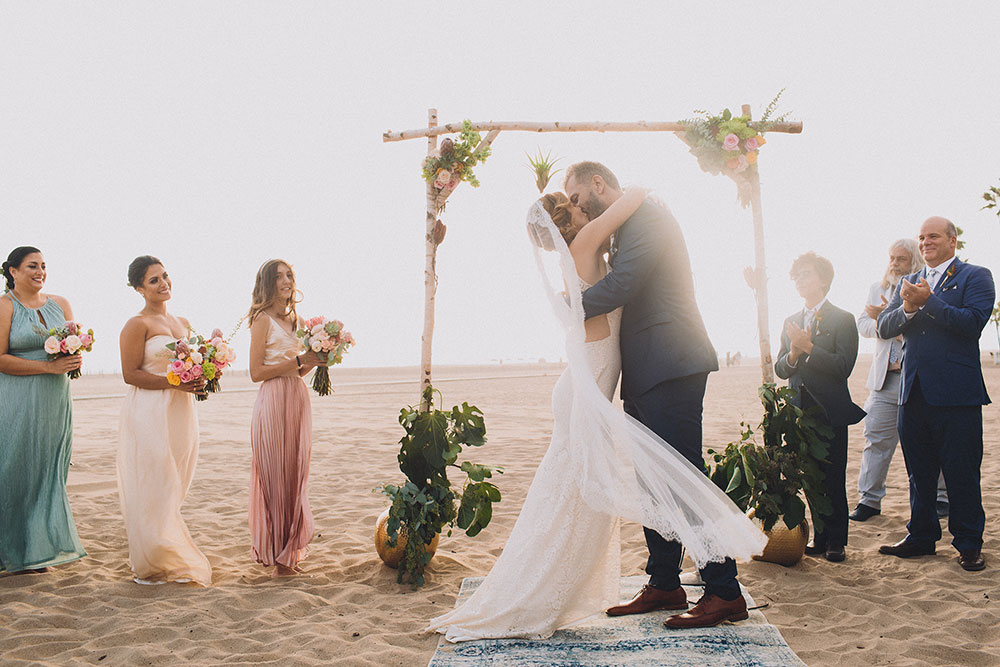 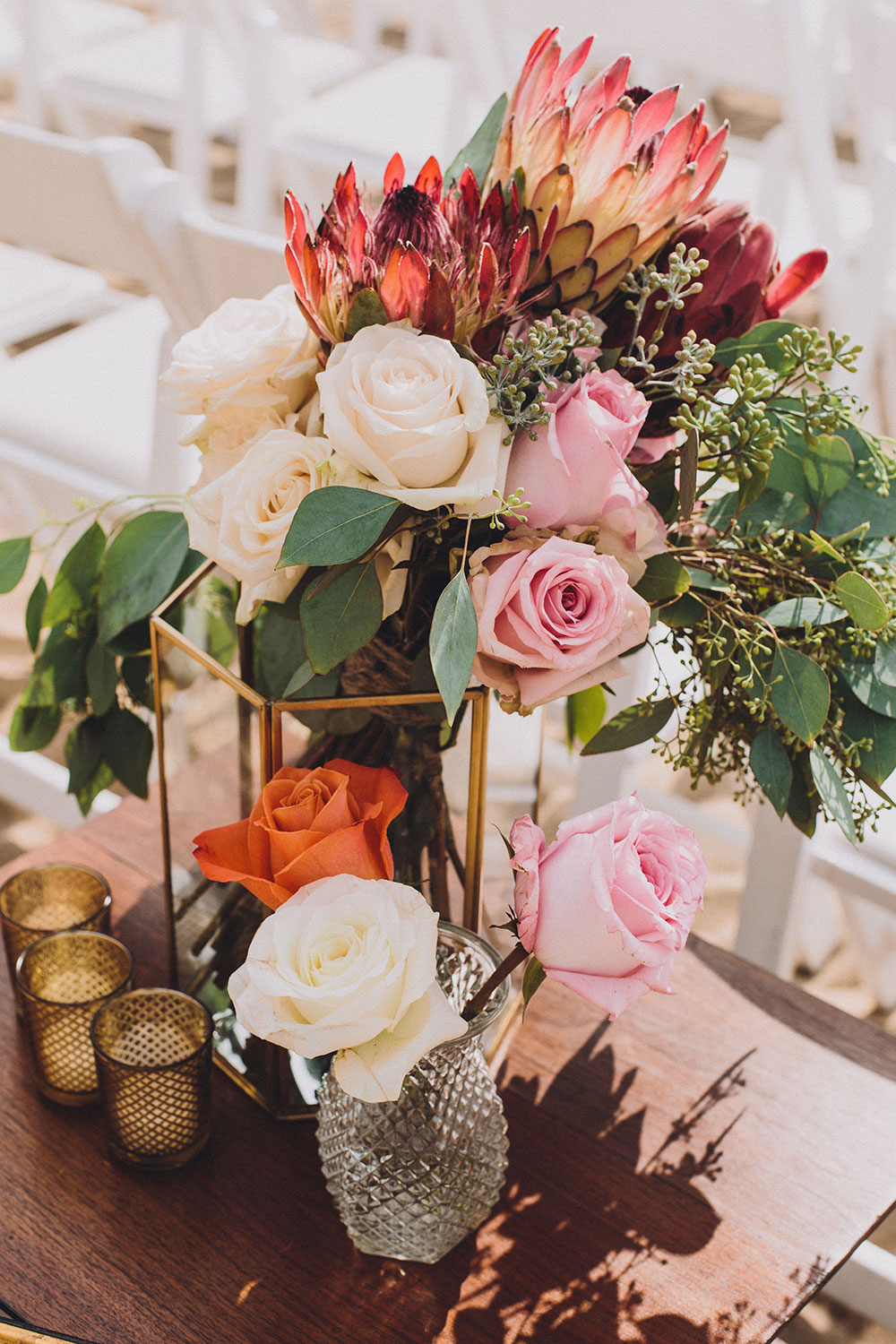 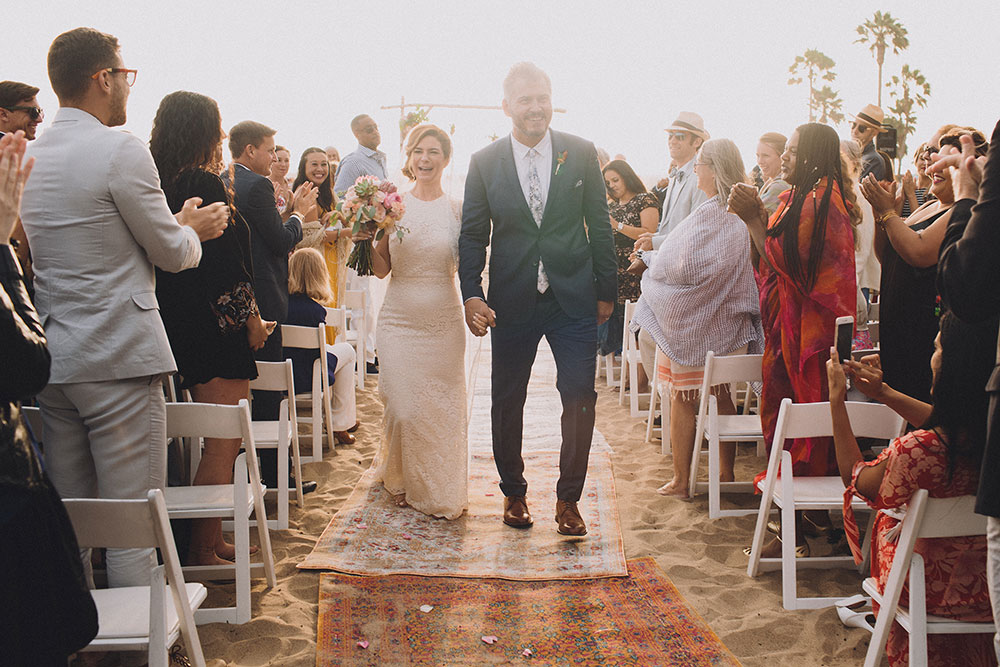 Most Memorable Moment: The most memorable part of our wedding for both of us was when we realized we had forgotten to exchange rings as the ceremony concluded, and the band started to play our march off music and how hard we laughed. Christian realized first but it took a while for his voice to travel over the beach to the band so it was one of those slow, “Bampf, bermf, bawwwmpch…” stops where the singer’s still singing. Nobody knew if the tears were from crying or laughing – that feeling is probably what we’ll remember most. 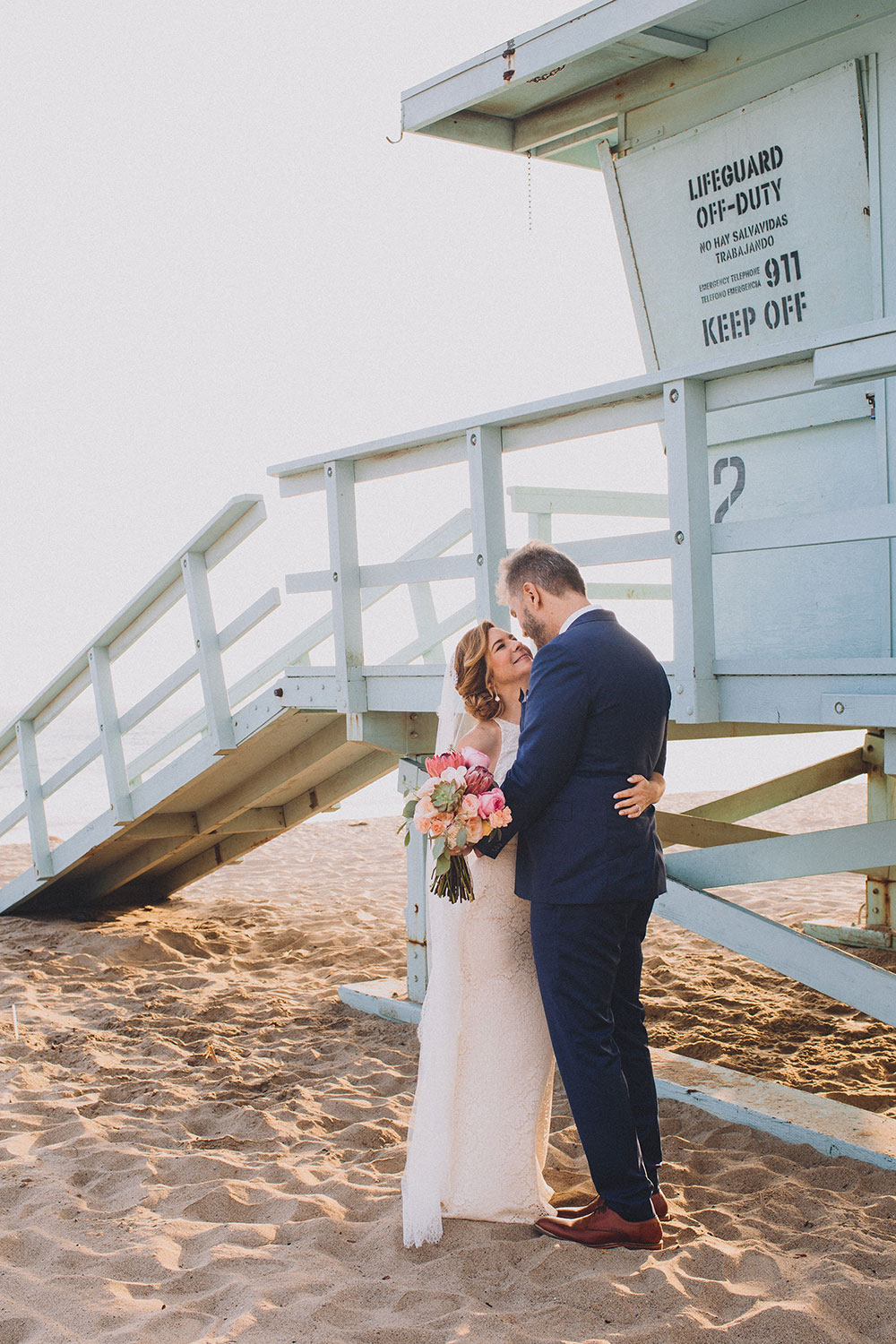 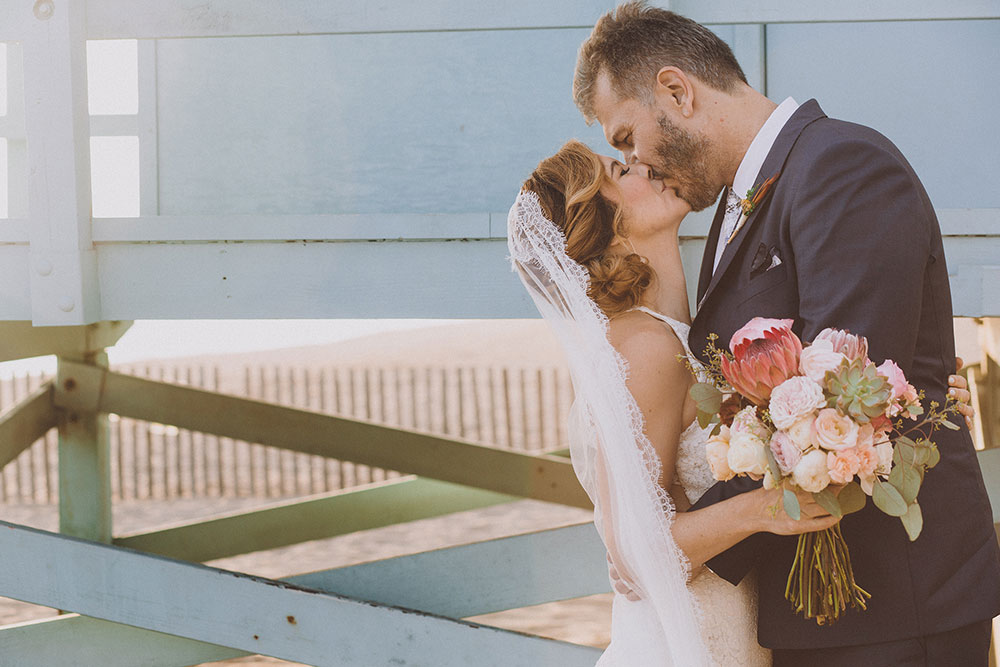 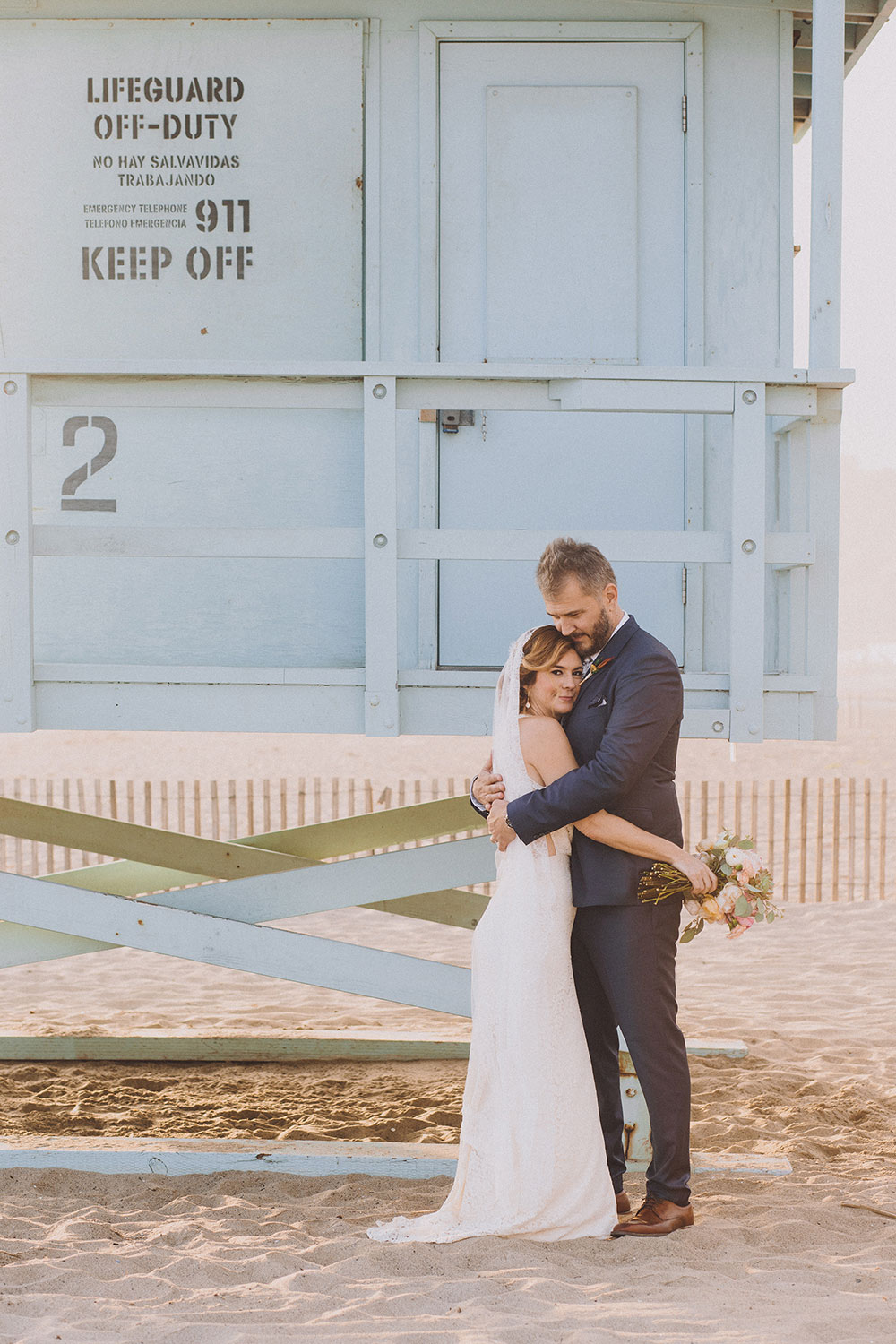 Advice: Go with your gut. No matter how chill you are, there are a lot of decisions to be made and it’s a new emotion. Especially the guest list. That process is impossible. Just enjoy each other and breathe. Have all the fun, savor everything you can, it’s the greatest day and it goes by so fast. 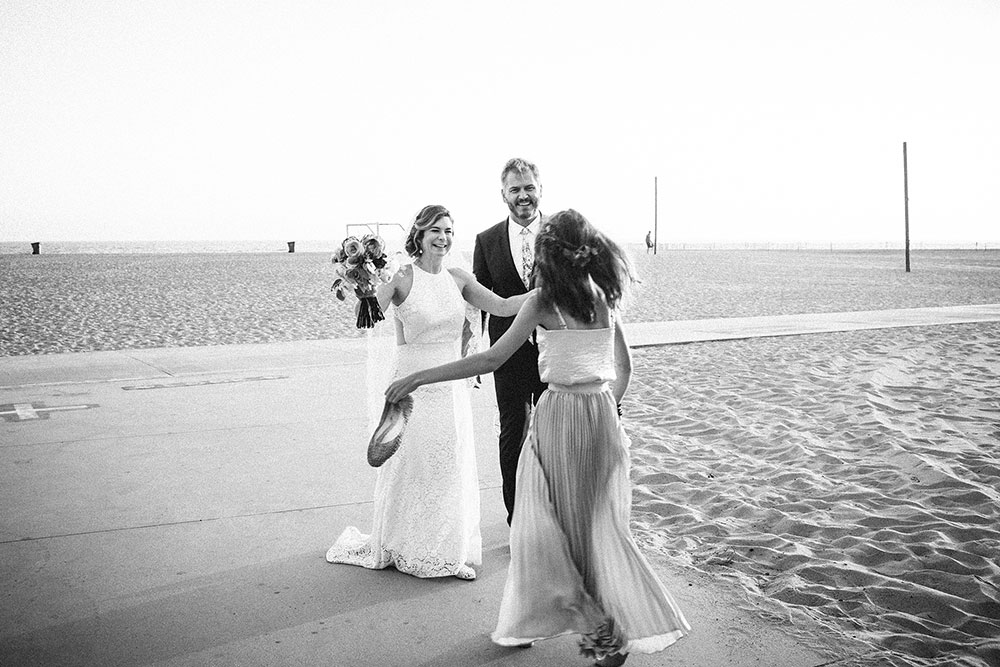 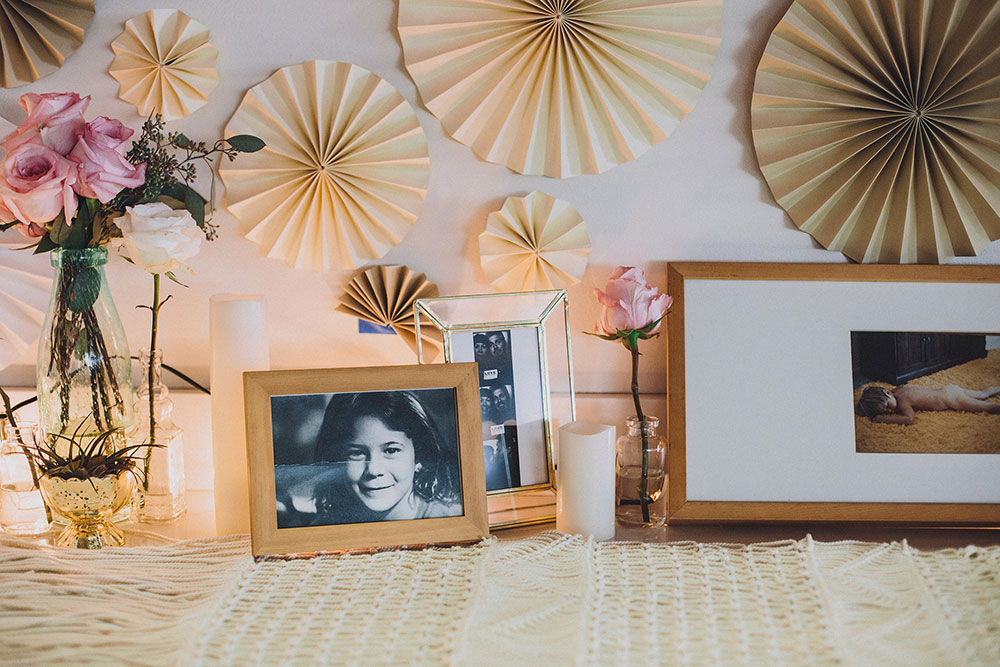 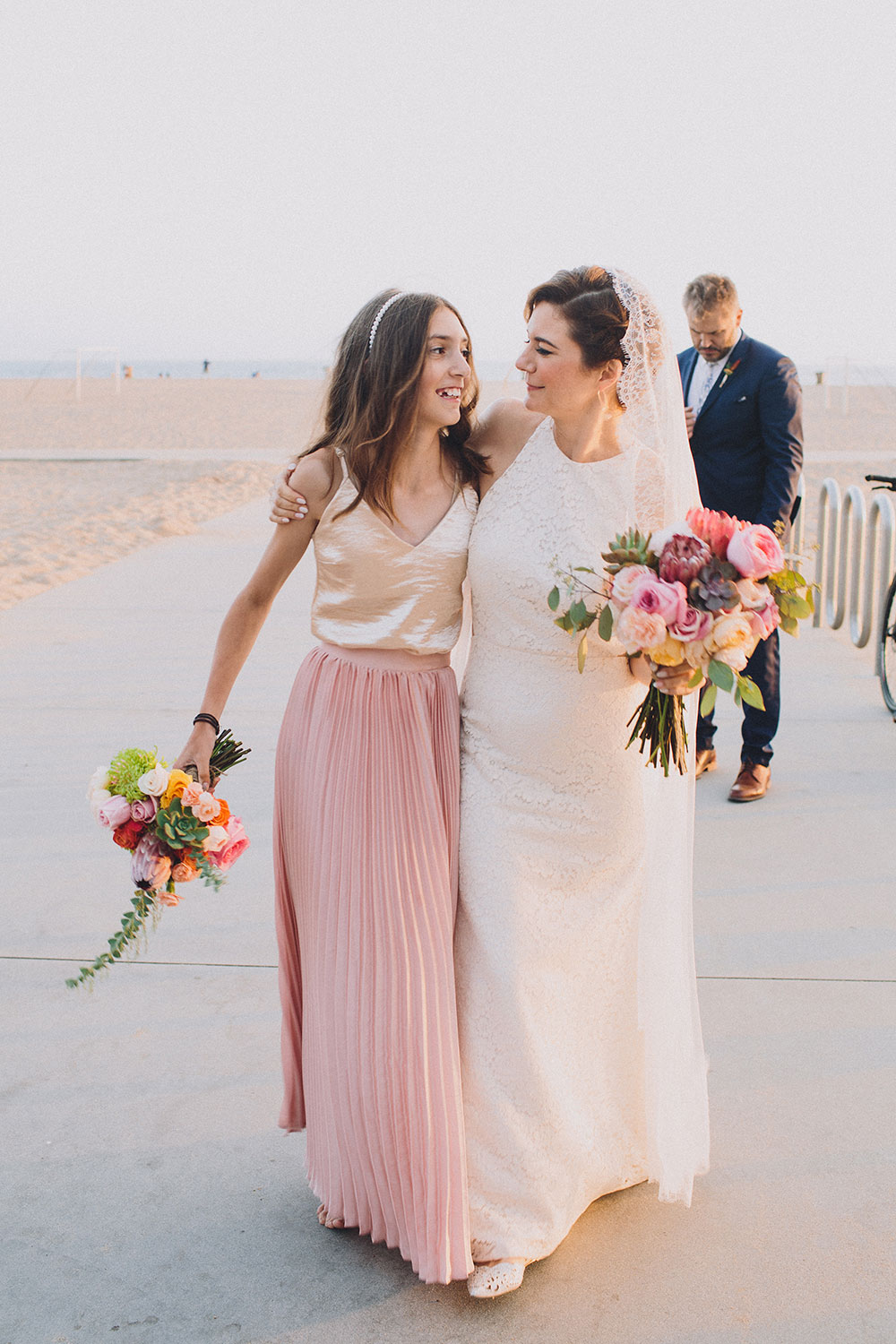 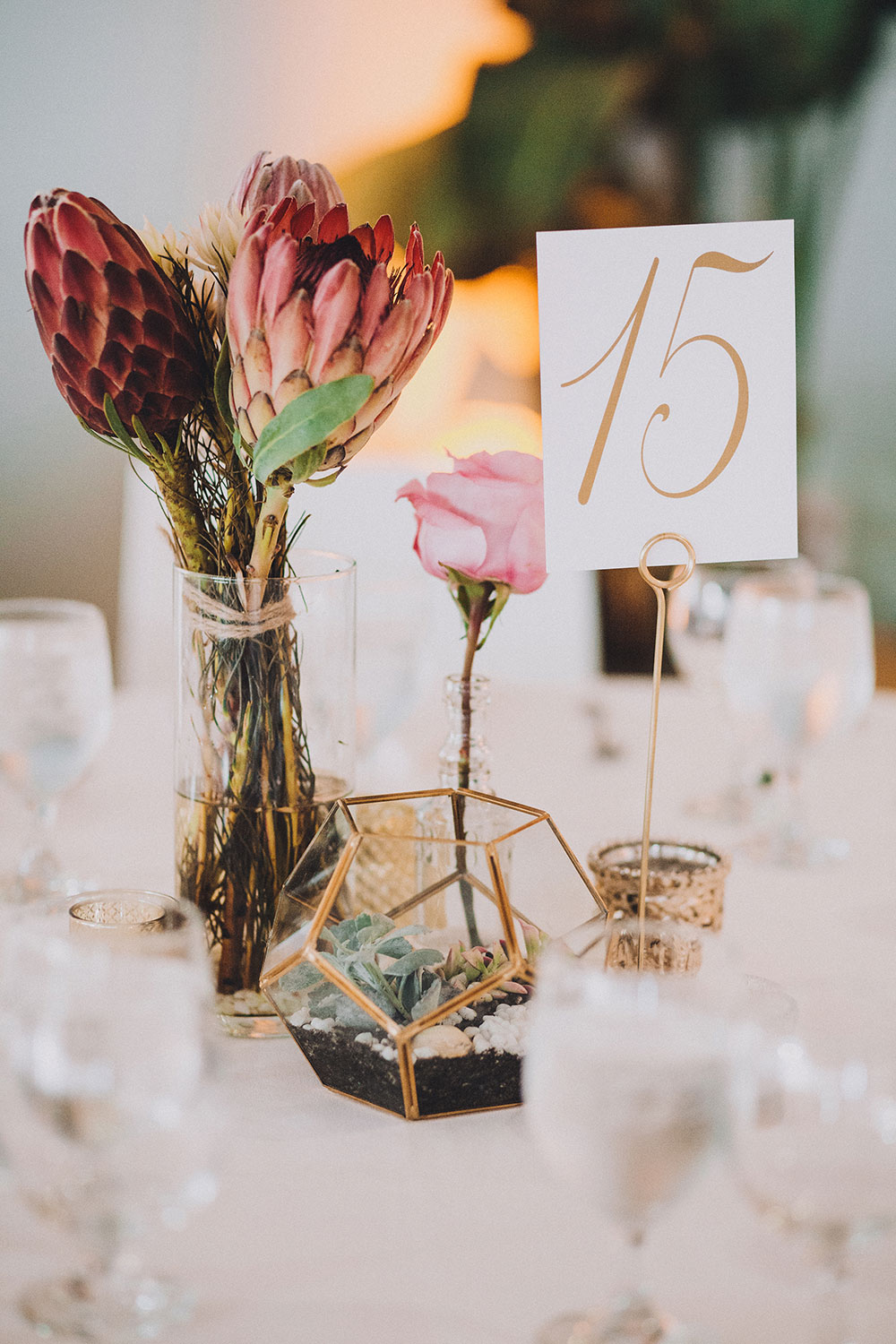 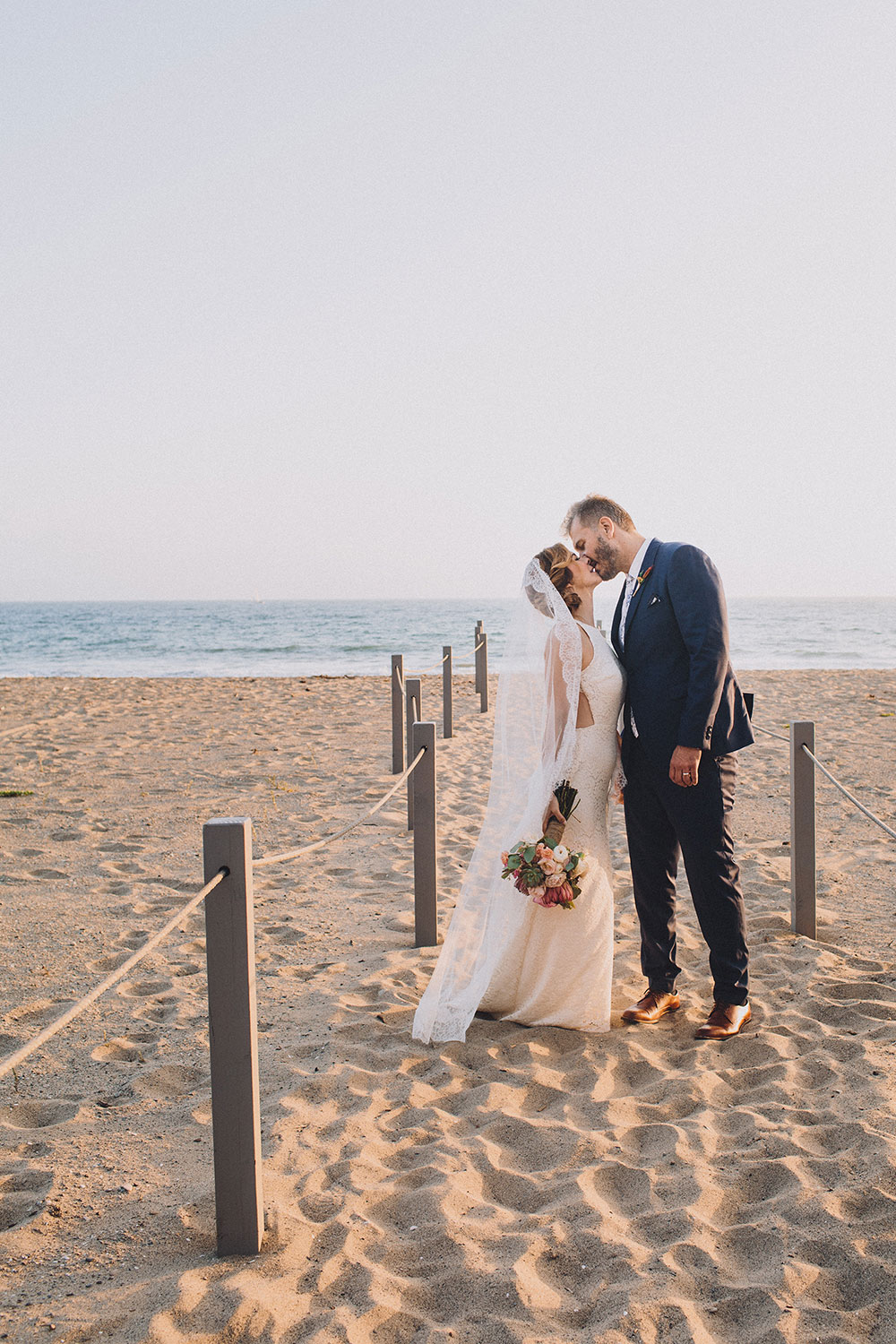 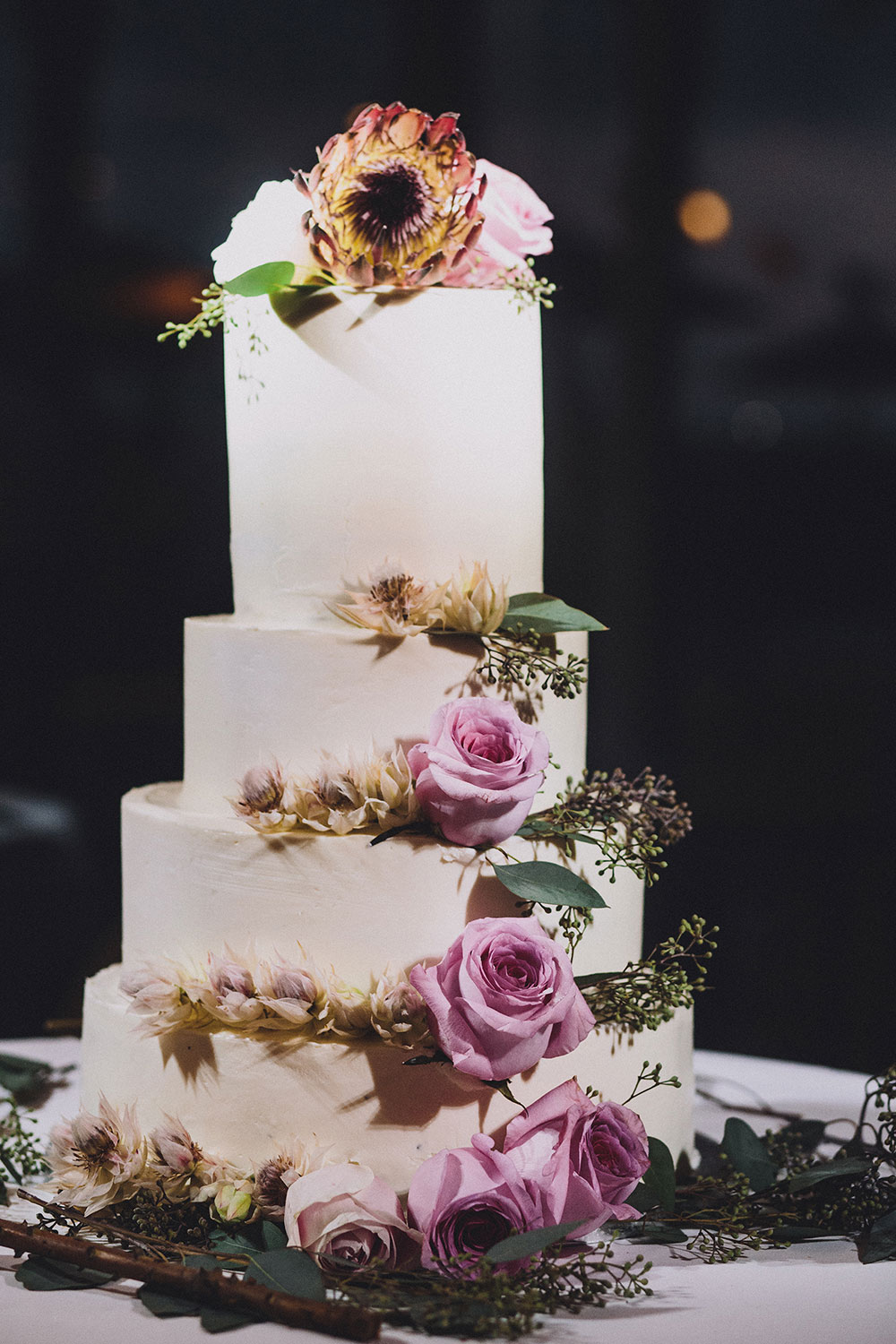 Music: Processional: Please Please Please, Let Me Get What I Want (by the Smiths but The Dream Academy arrangment) performed live. Recessional: The Battle of Evermore by Led Zepplin performed live. First dance: Baby by Donny & Joe Emerson then we danced with the kids to Home Again by Michael Kiwanuka. Our reception music was mostly 60s soul until after the dances, then it progressed through the decades and ramped up to super danceable hip hop to close it out. 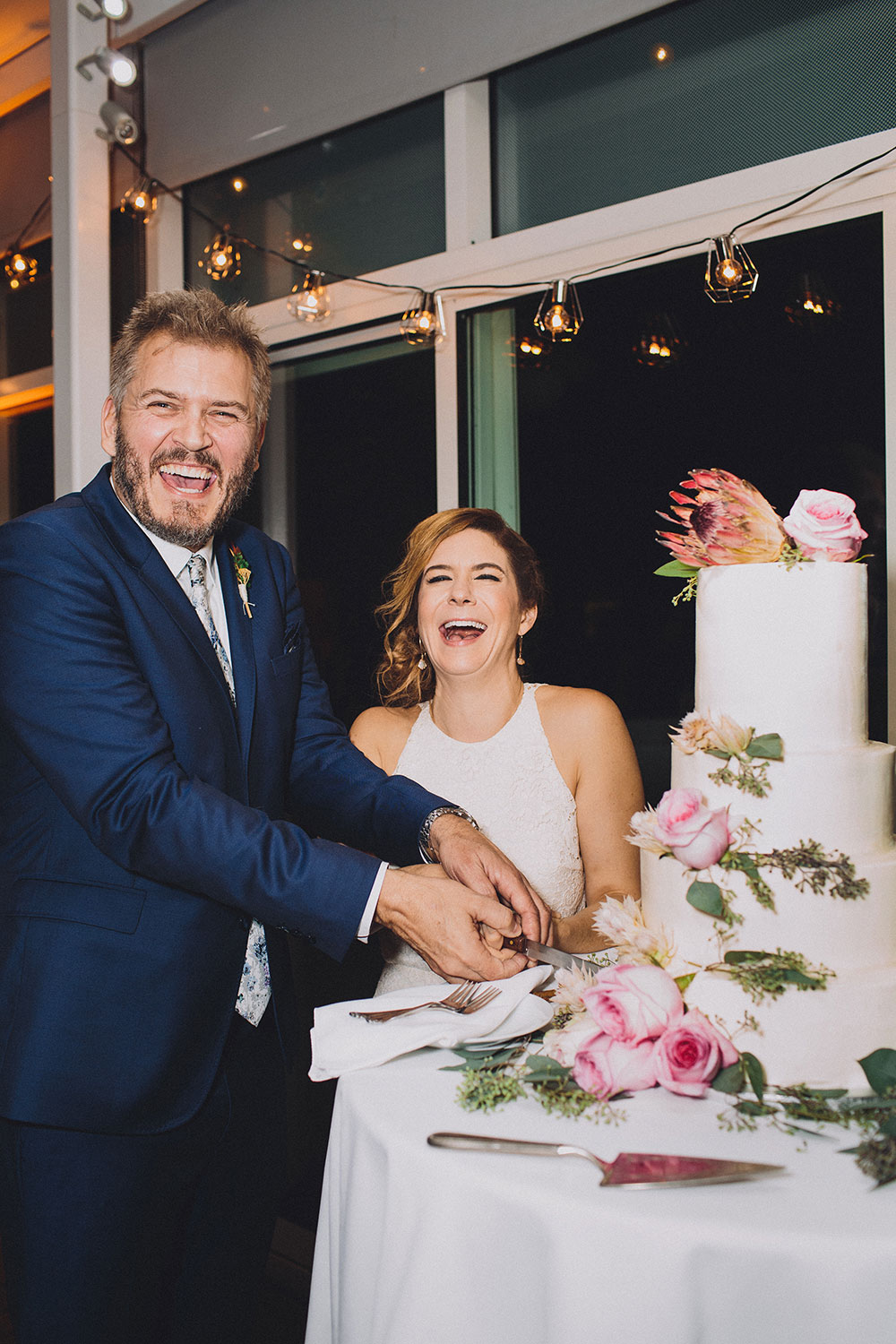 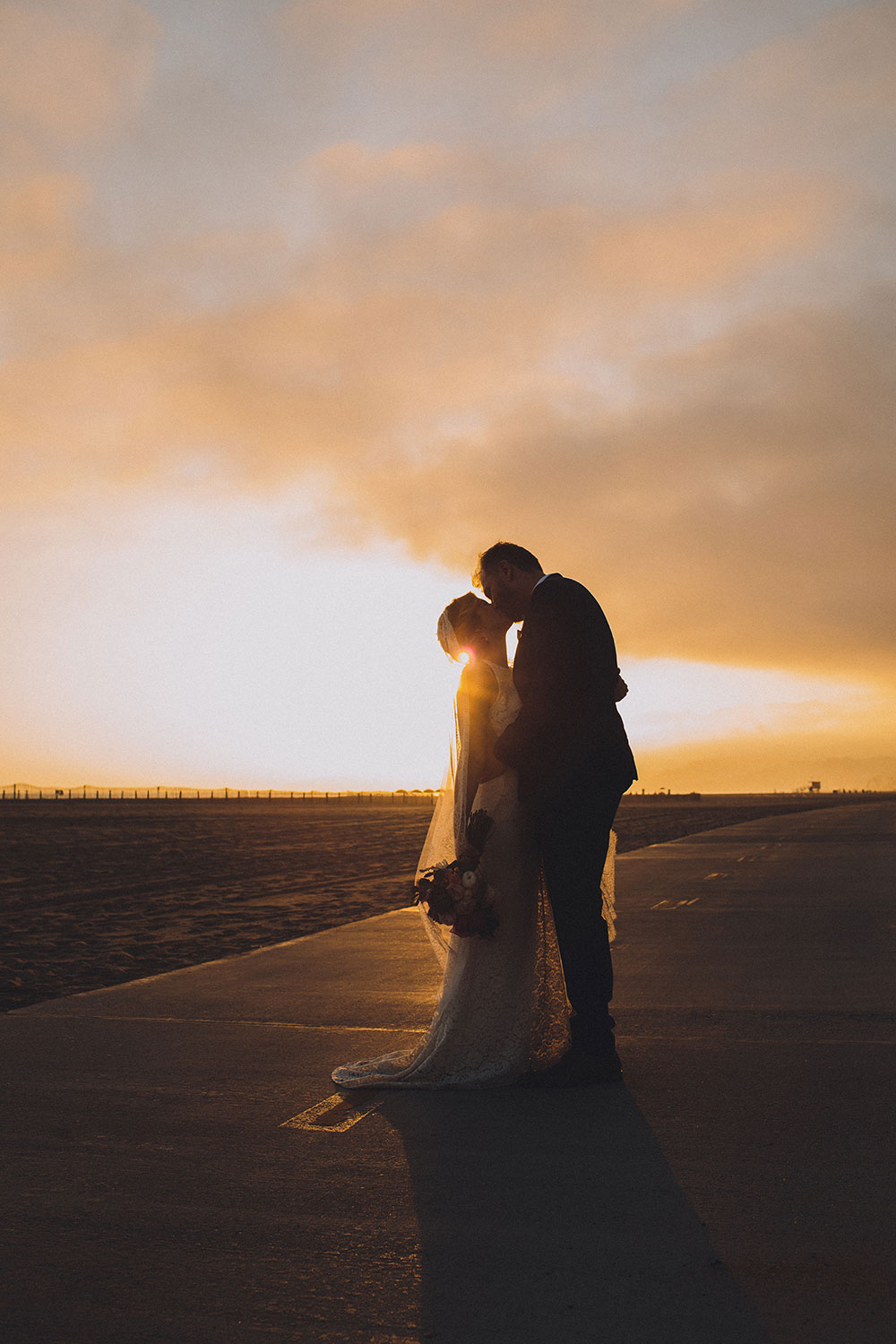