Native San Franciscans, Annie and Mauricio, celebrated their love and their hometown with a fabulous affair at the The San Francisco Ferry Building. Seriously guys—magical from beginning to end which finished out with a late night dance party under the gorgeous historic architectural features of the iconic landmark. The Black Tie event was planned by First Pick Planning with florals by Michael Daigian Design, and Pretty Please Bakeshop cake, Mariachi Estelar band and it’s all captured in these breathtaking images by Meg Smith. 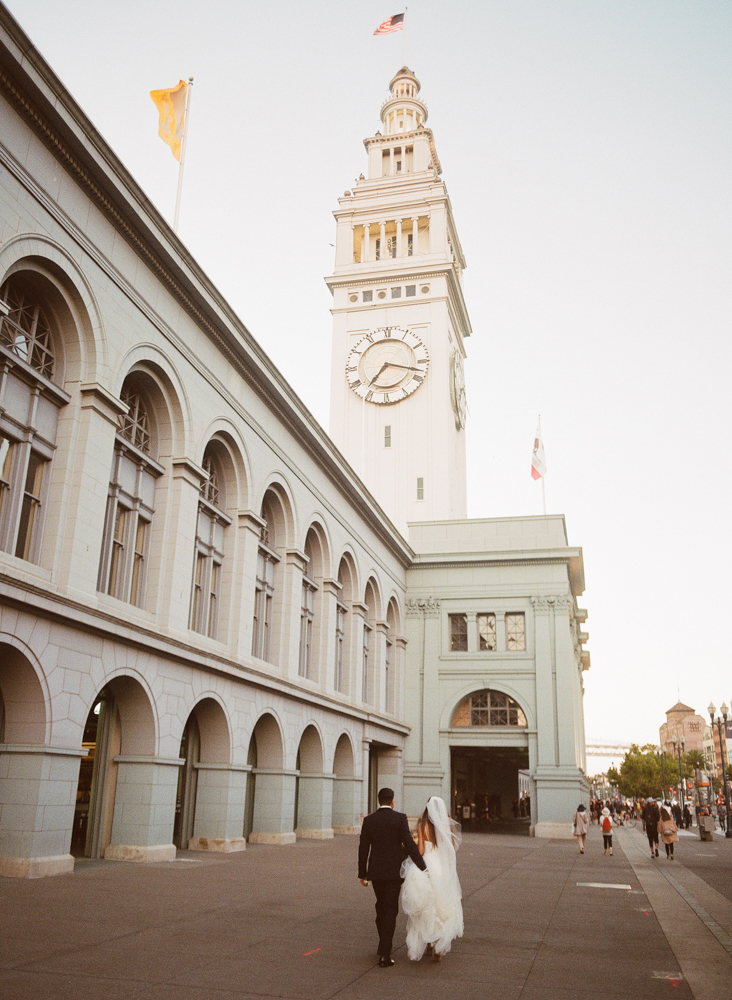 Being both born and raised in San Francisco we wanted a wedding that spoke to the city that we love, and get out of your average ballroom. We chose the San Francisco Ferry Building because it’s quintessential San Francisco (having been in the city since the 1800’s) and has a magical feel to it with the high glass domed ceilings and the mosaic tile floors complete with a California state seal. As a bonus, it’s also one of the only venues in SF that allows you to host events until 1am and we love a good late night dance party!

To honor such a beautiful space we felt that Black Tie dress was the only way to go. We kept the decor elegant and romantic with lots of white flowers, rich green foliage and hundreds of white candles to compliment the beauty of the building. 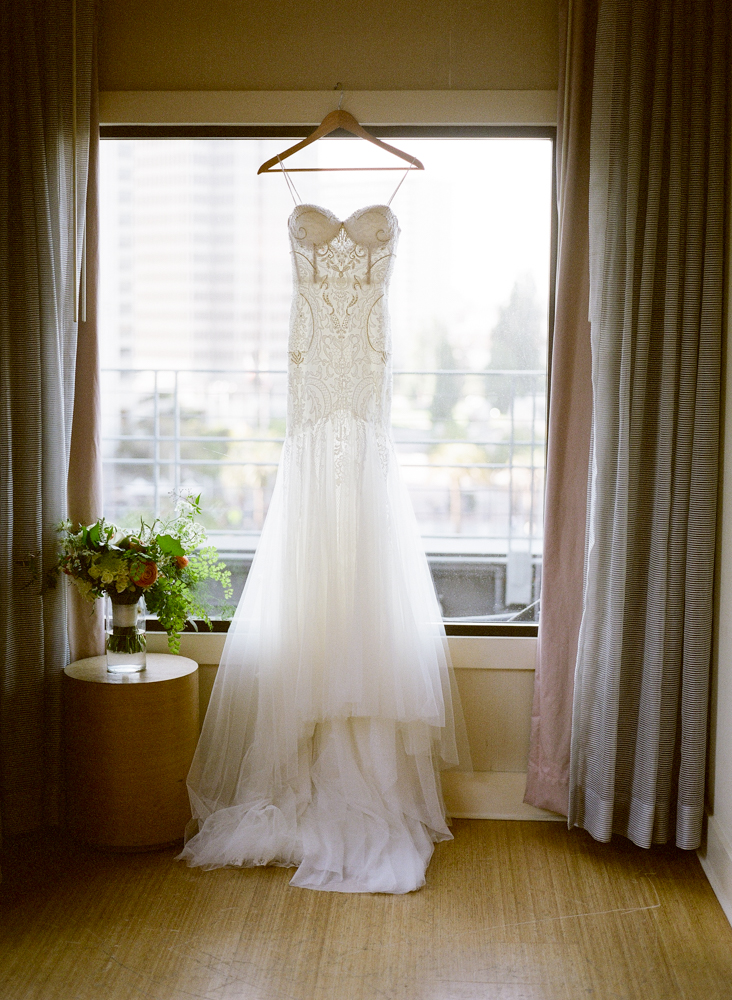 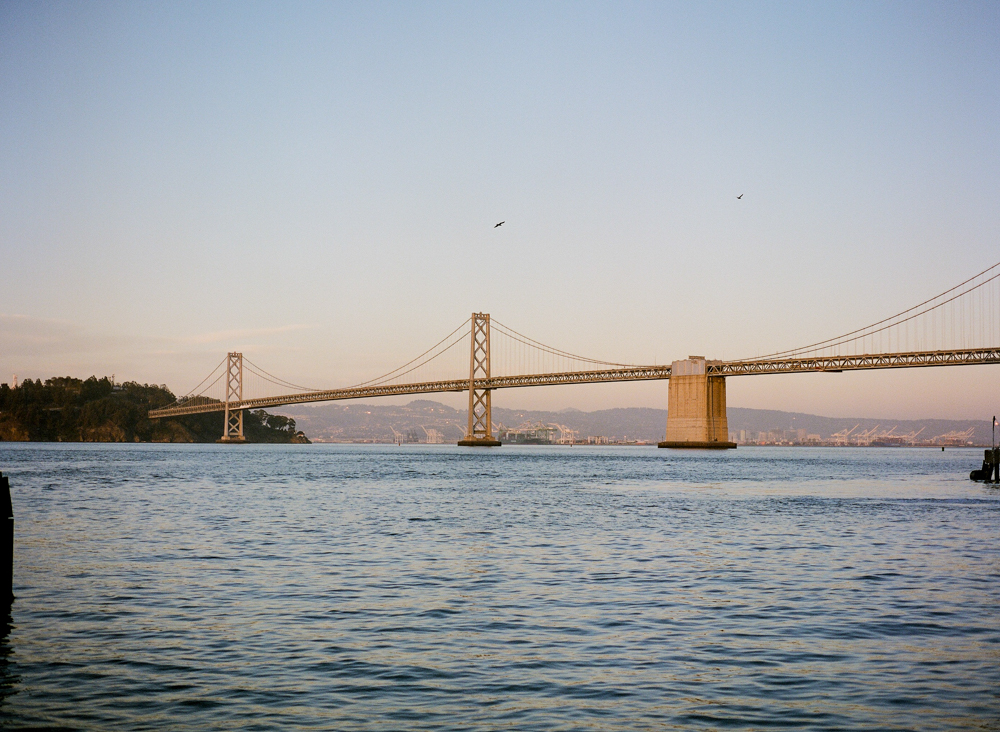 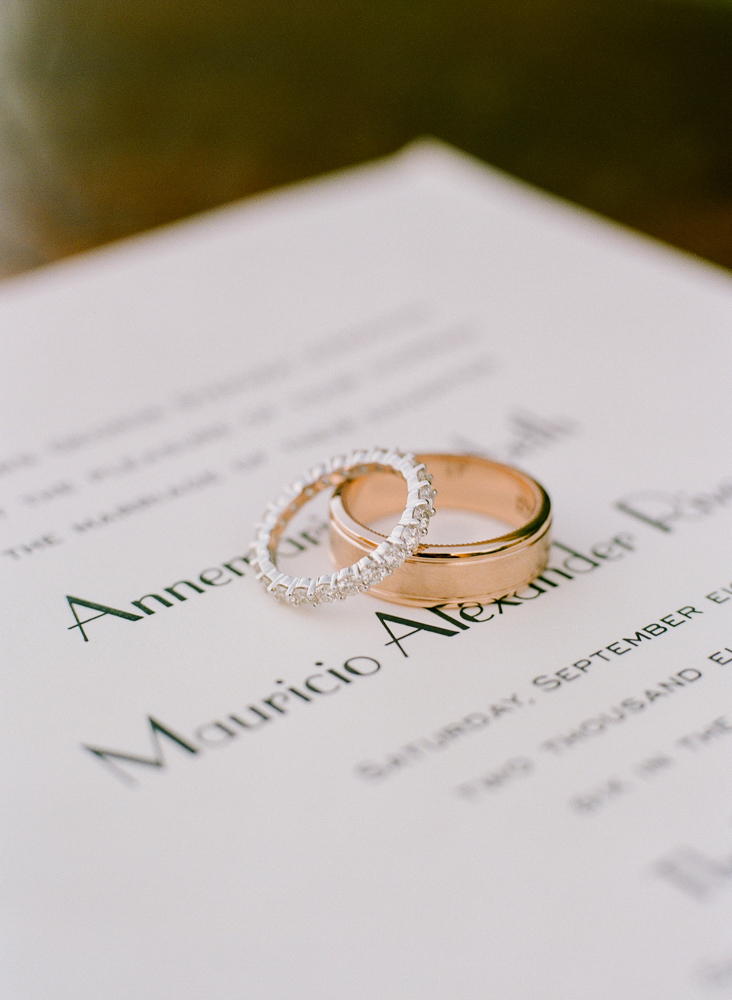 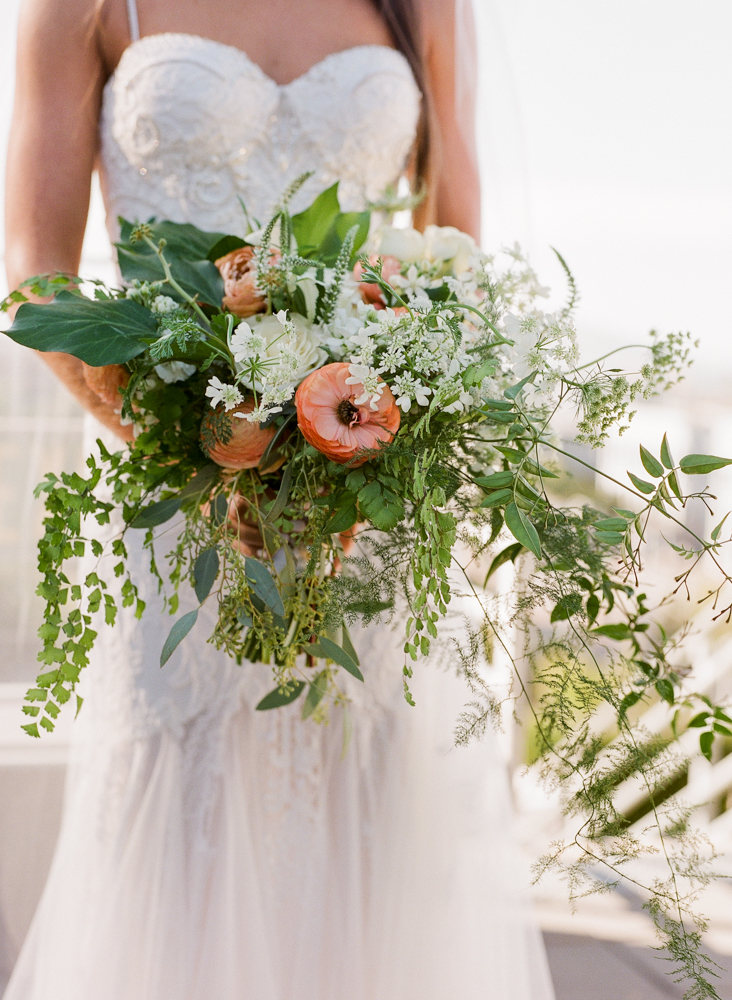 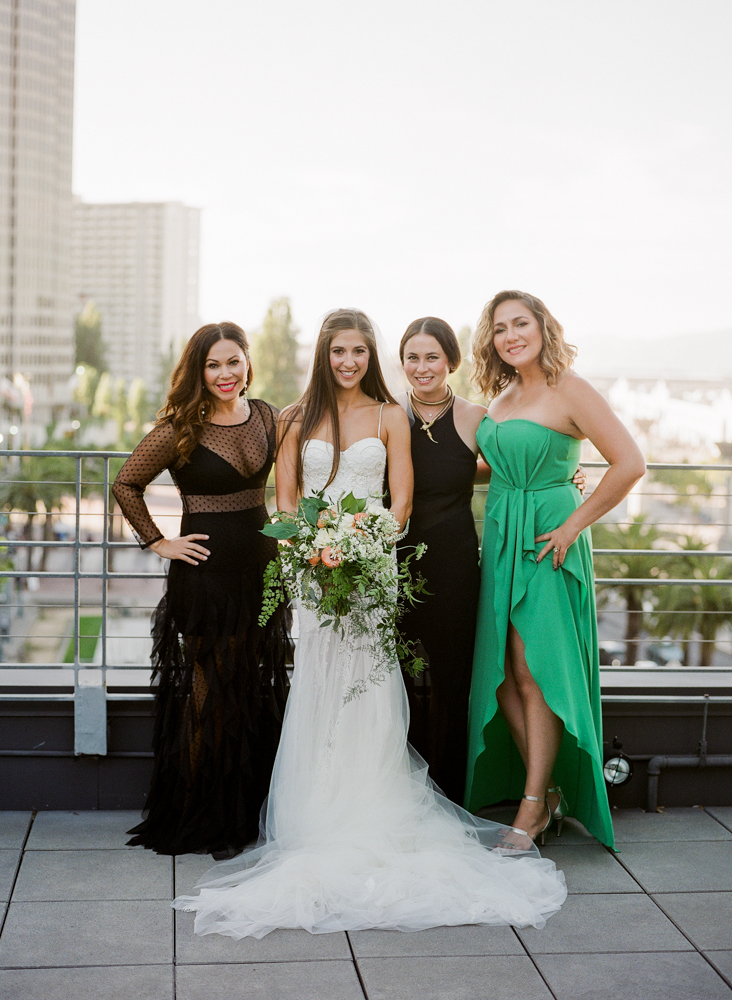 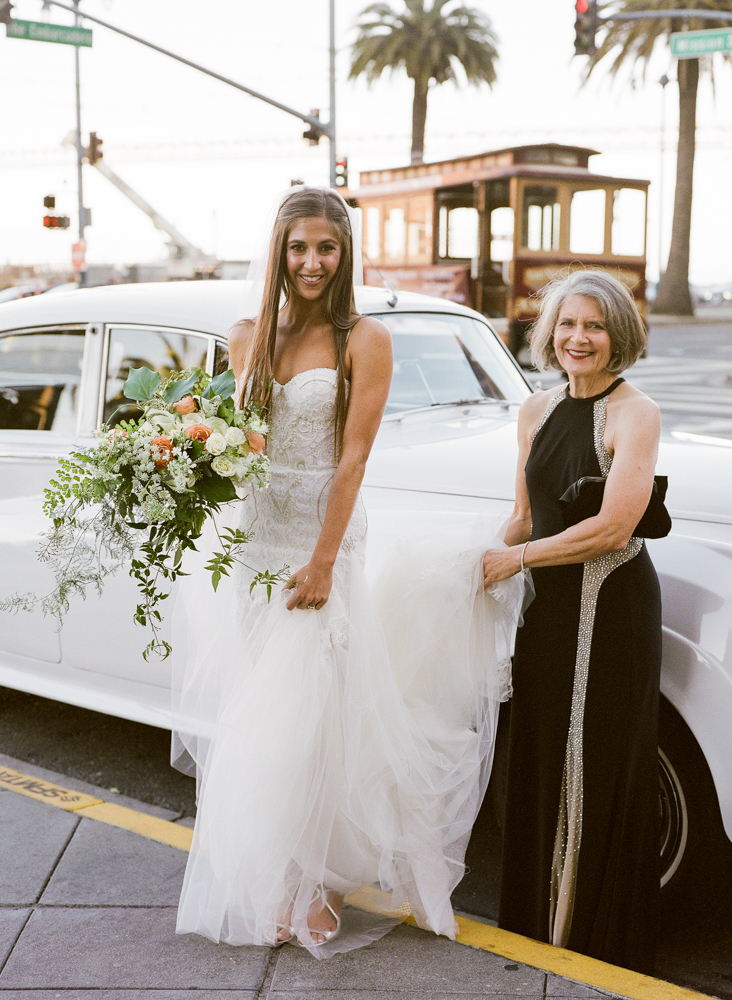 Even though we are both from San Francisco we were raised with different traditions. Mauricio’s parents are from Nicaragua and El Salvador and Annie’s family is Armenian. We wanted our wedding to celebrate both cultures as well as things special to Mauricio and I as a couple.

As a nod to Mauricio’s Latin culture we had an 11 piece mariachi band, an oversized papel picado art installation and table numbers, pink Himalayan sea salt shot glass as seating cards and gifts, sipping tequila and lots of reggaeton music and dancing.

As a nod to Annie’s Armenian heritage we performed an Armenian crowning tradition in our ceremony, served a Mediterranean menu starring the best lamb we’ve ever had, layers of almond and apricot preserve in our wedding cake and got the entire crowd involved in some Armenian circle dancing.

For some smaller personal touches we sewed buttons from my mother, grandmother and great grandmother’s wedding dresses into the ribbon of my bouquet. Mauricio and I also sipped on the tequila we bought in Tequila, Mexico days after we got engaged, the bottle had been engraved with “Riveras 2018” and we waited until our wedding day to open it. 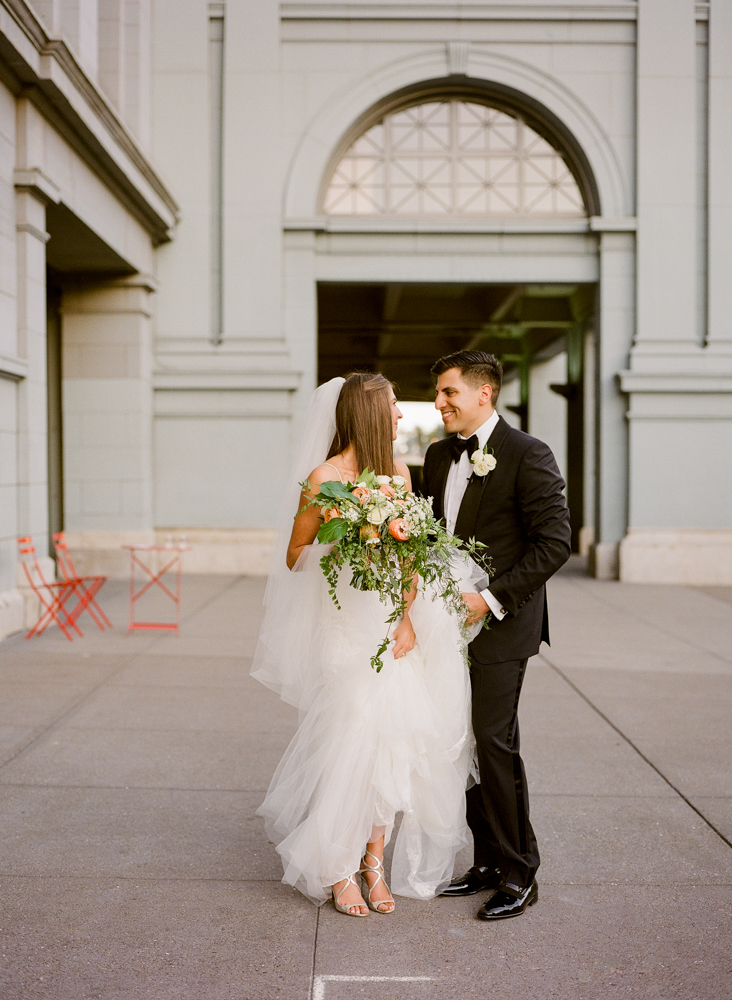 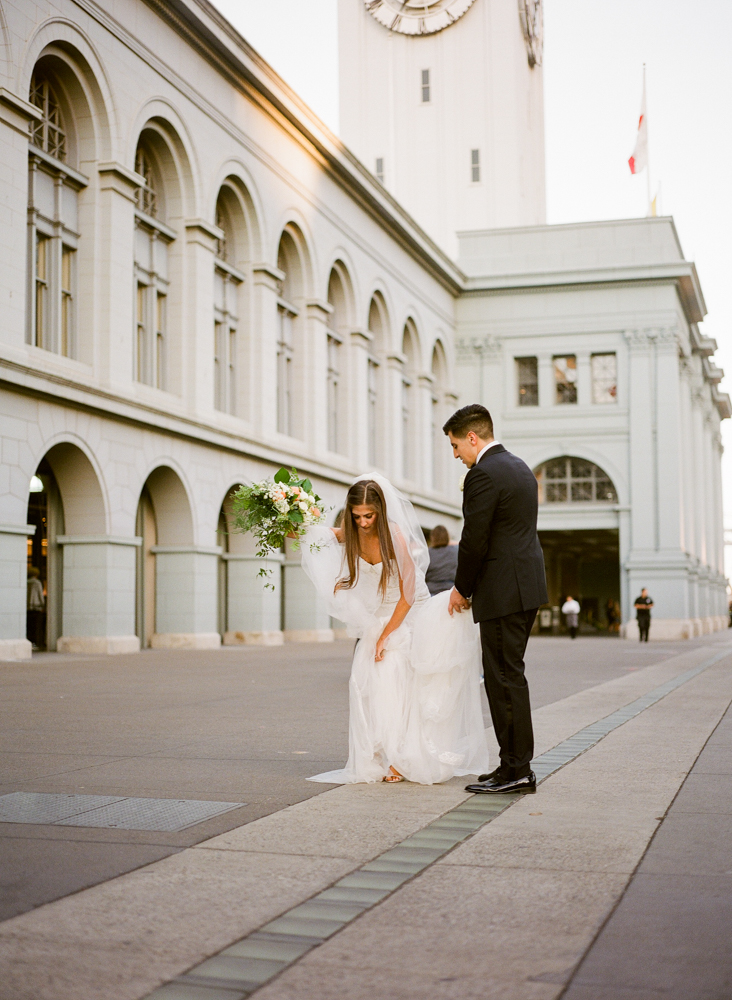 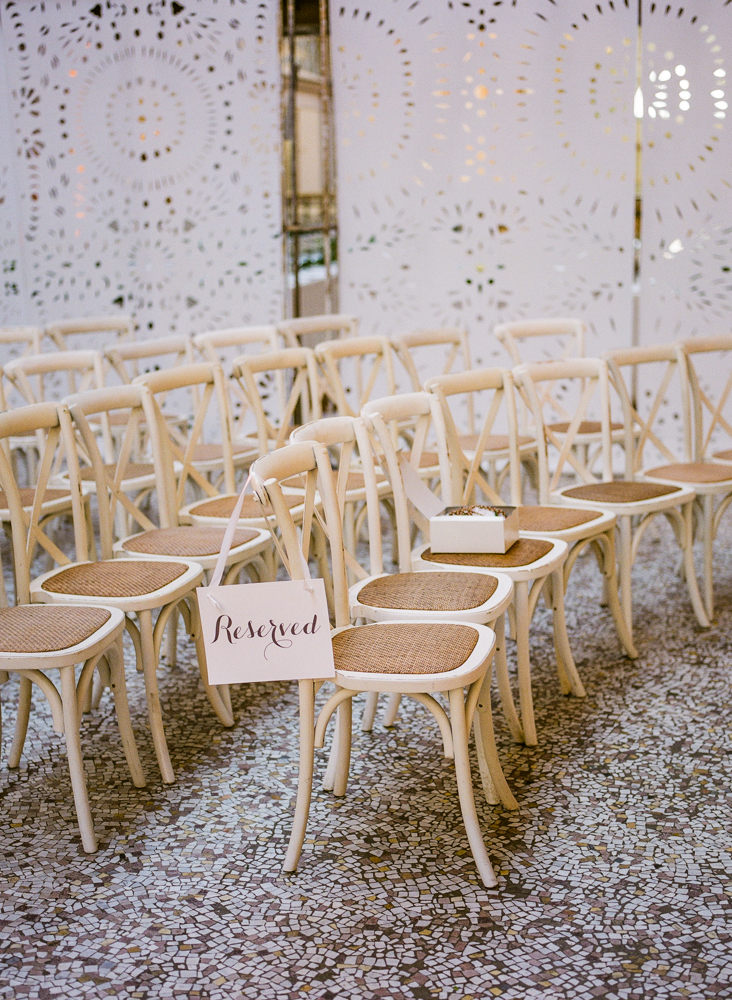 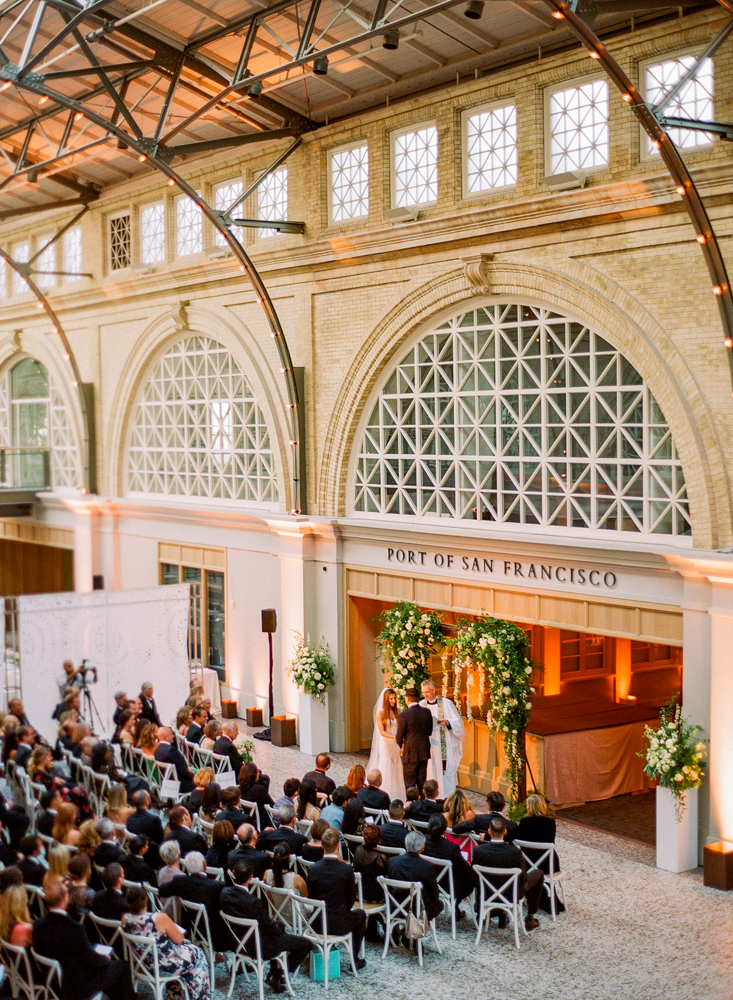 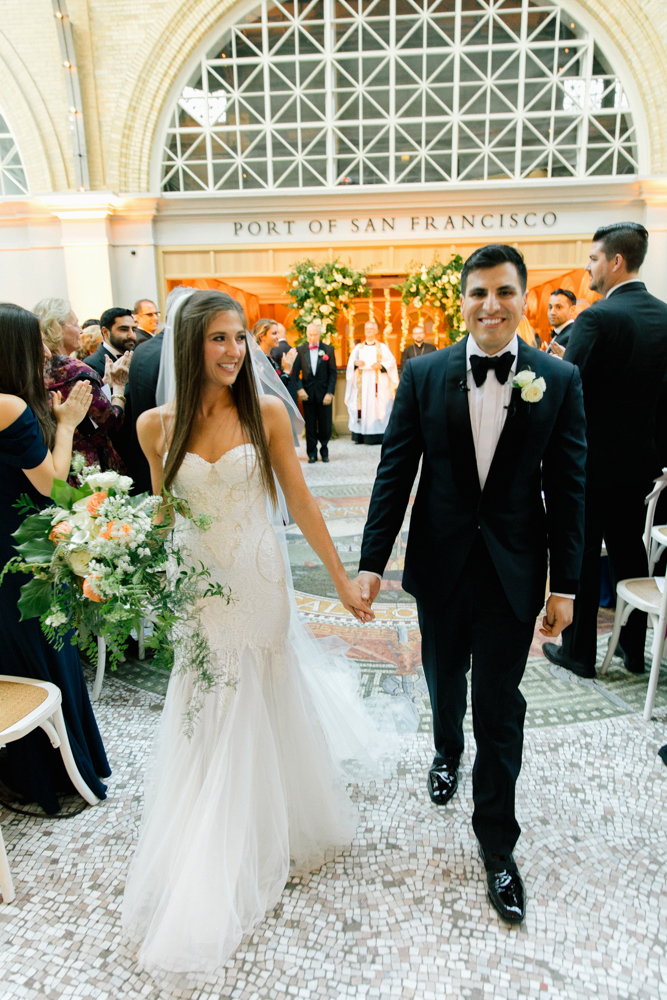 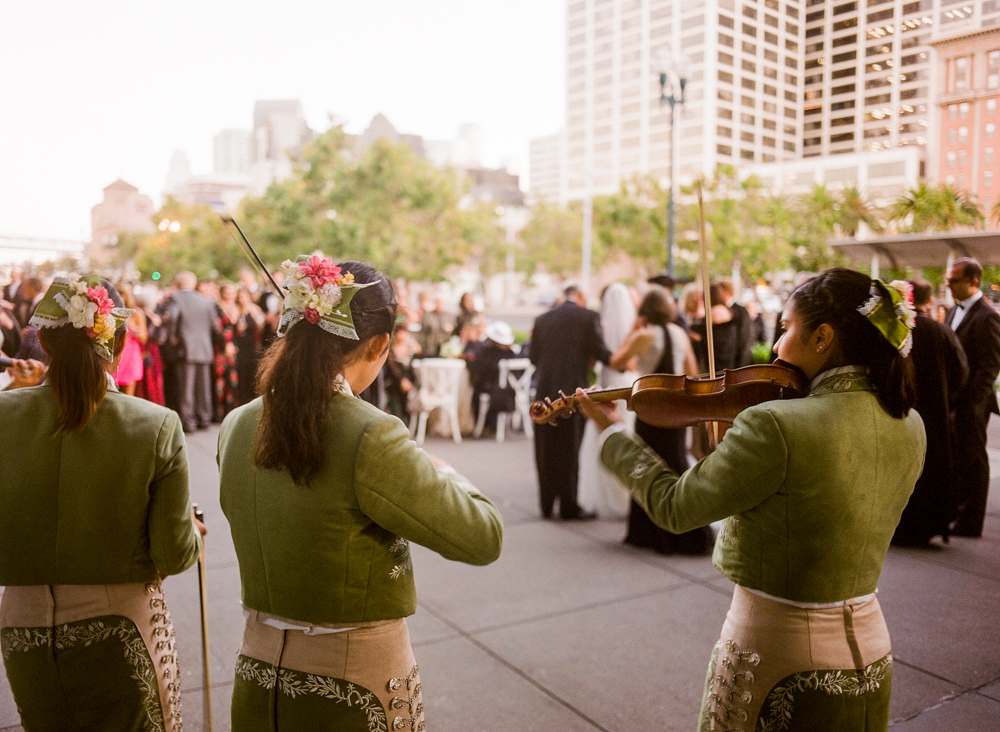 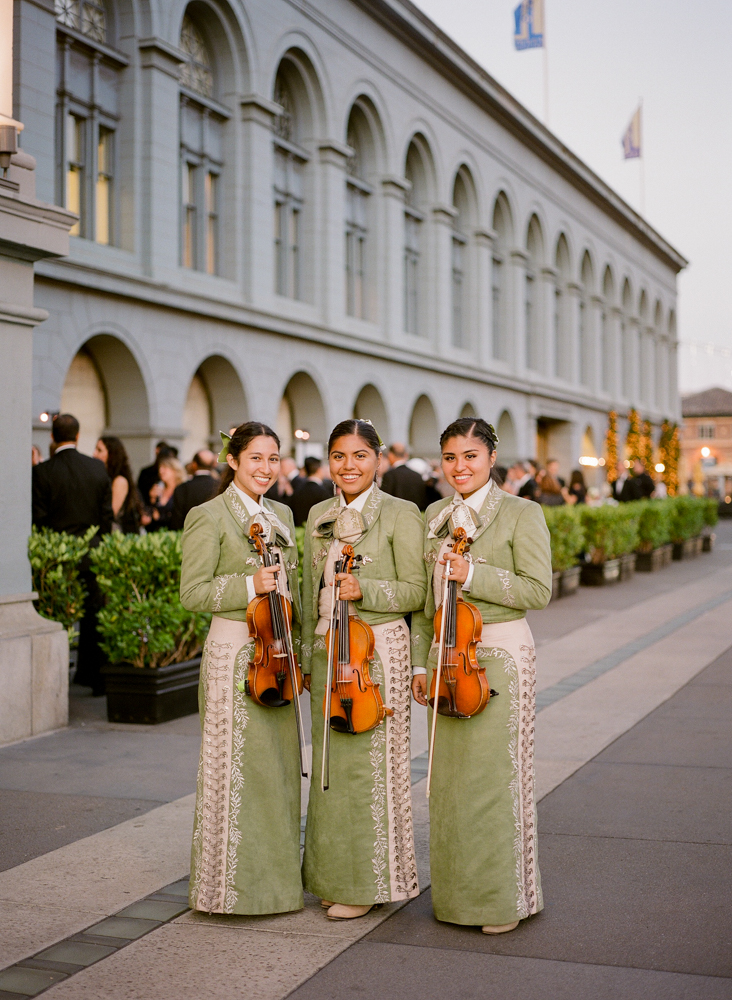 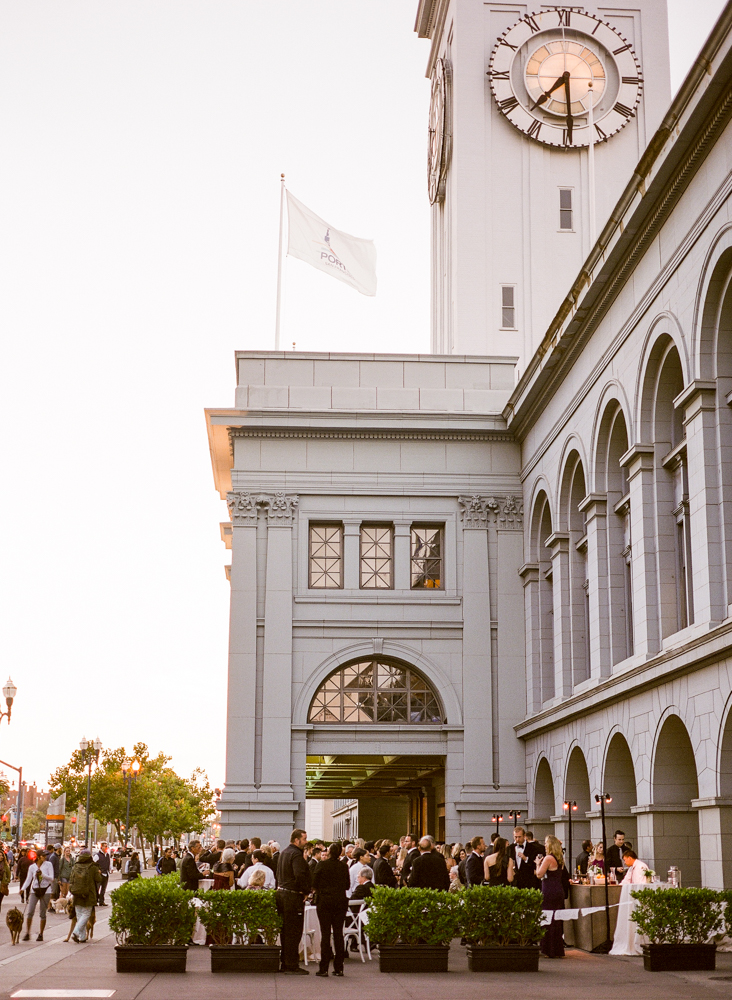 After going to 8 different wedding gown stores, I was beginning to lose hope of finding one that I really loved. After venturing out to Walnut Creek, I lucked upon an Alon Livné White Trunk Show at Le Soie Bridal. The second I put his first dress on I was obsessed, and I was able to work with Alon Livné White to custom-make the dress adding a few features so it was absolute perfection. The lace and beaded detailing were exquisite and beyond having several layers of fabric it was so light and comfortable. I wish I could wear it every day. 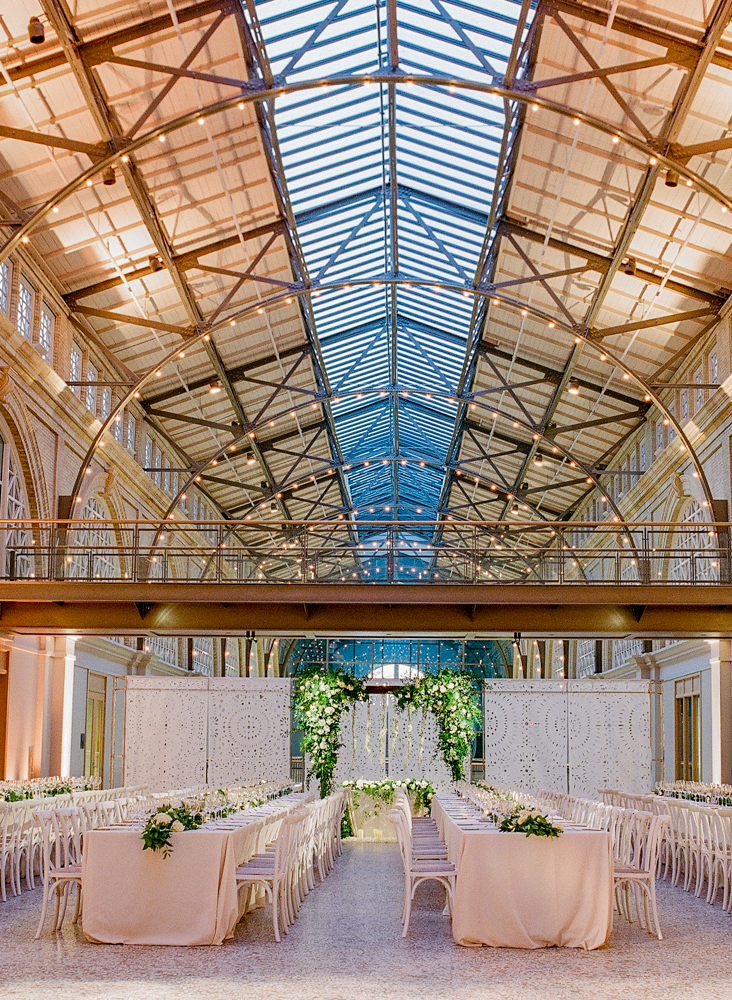 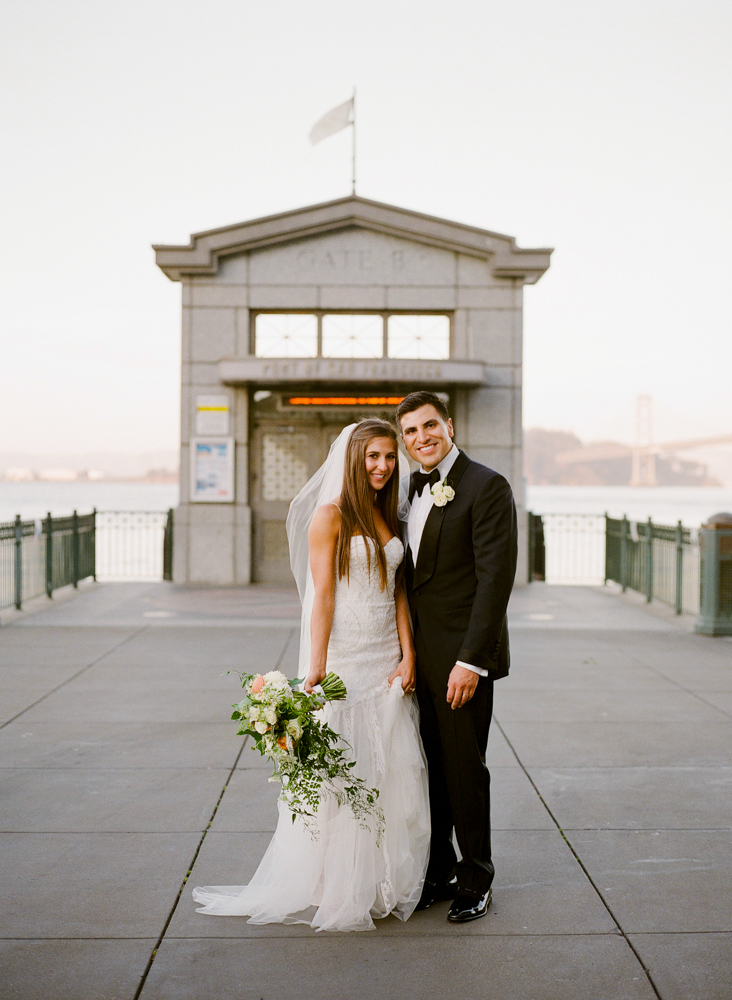 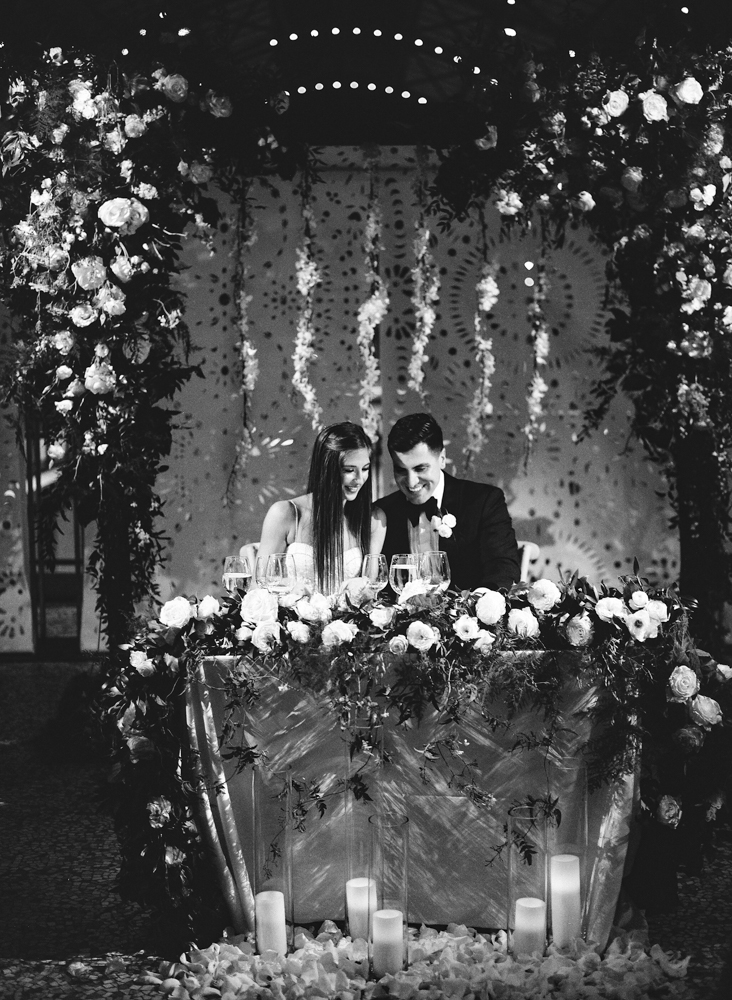 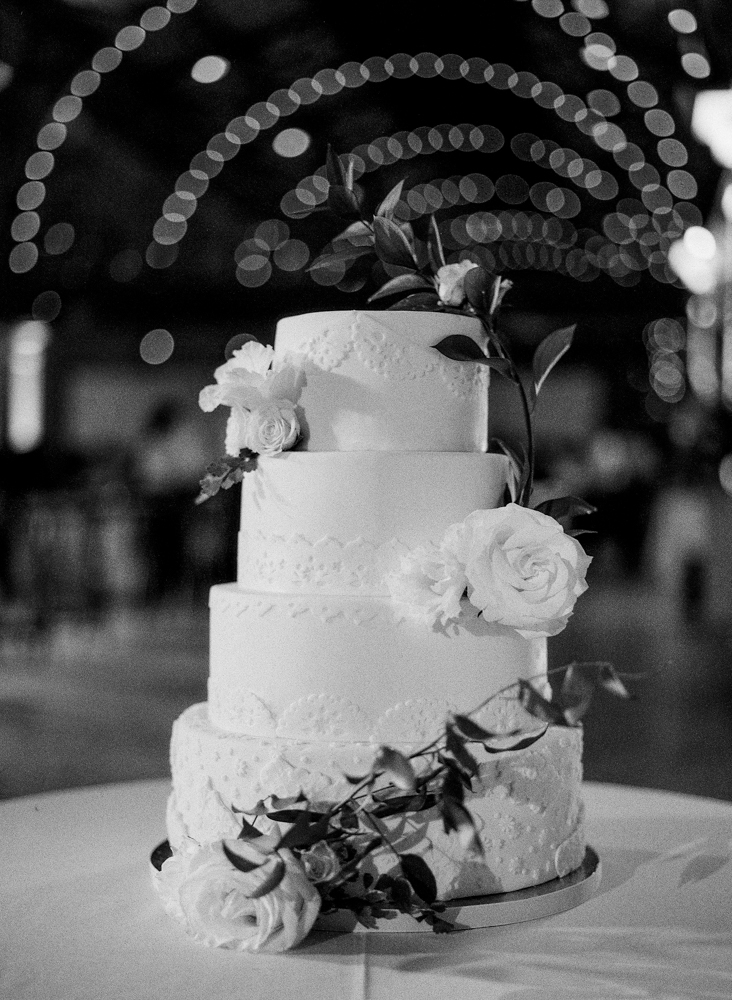 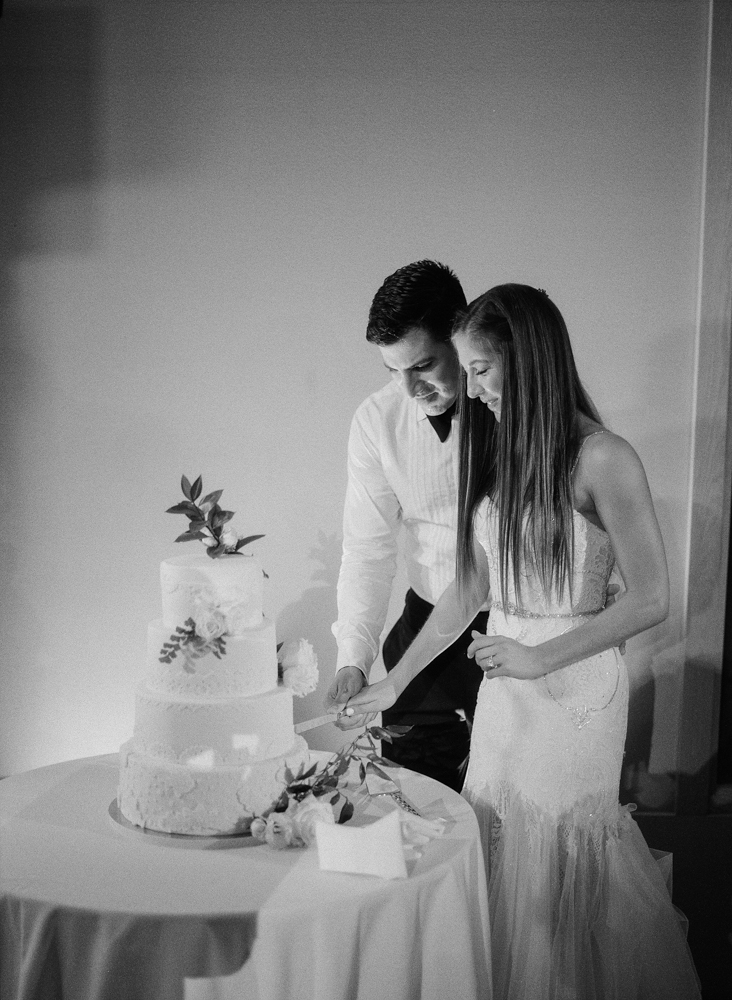 It’s nearly impossible to pick just one as the most memorable part. One that we both like to reminisce on is the feeling we had when we first saw our reception space. After our ceremony, we had cocktail hour outside in front of the ferry building during sunset, then our 11 piece Mariachi band played and led us, followed by our guests, back up the grand staircase and into the reception mezzanine. Seeing how it had all come together left both Mauricio and I speechless. You spend so much time planning, but you never really know how it will turn out. Everything had come together perfectly, actually, way better than we possibly imagined it would. I can only describe the feeling as pure magic. The papel picado, the candles, the flowers, the music, it was a moment I treasure deeply. And Meg being the most incredible photographer she is, captured a photo of the reactions on our faces that was one of our favorite photos of the day, as the emotions just pour through the picture. 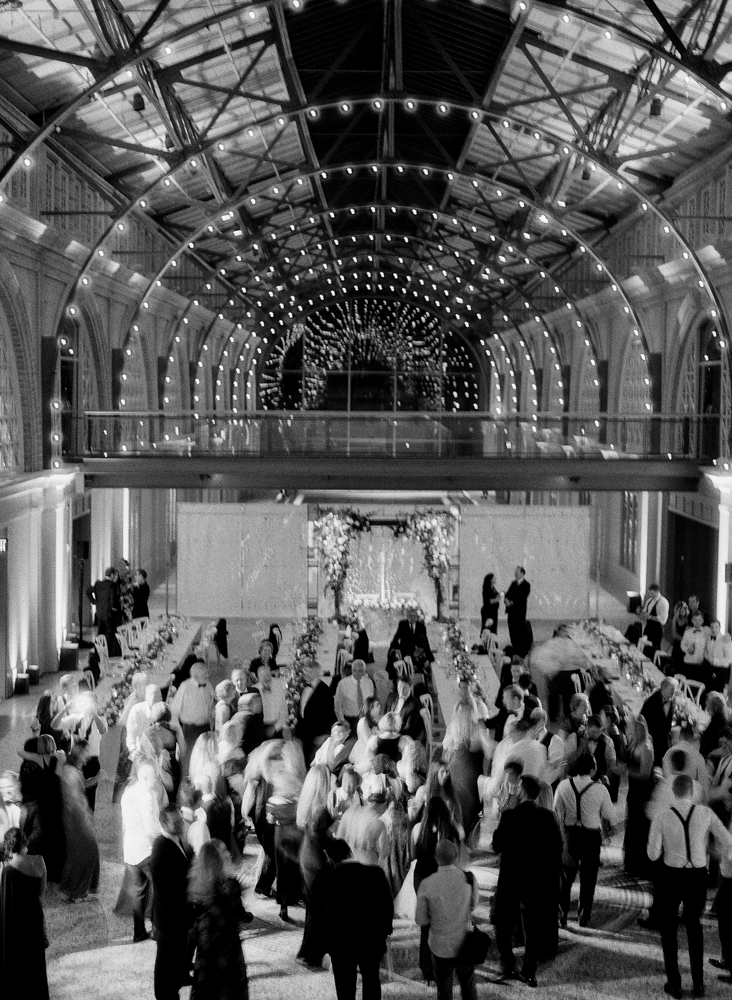 How we met: We both were born and raised in San Francisco. In 2016, I introduced one of my brother’s high school friends, Tim, to one of my best friends, Lauren.  Tim and Lauren became a couple and during a summer weekend up in Tahoe, they introduced me and Mauricio who is Tim’s best friend. Tim and Lauren were married almost a year before us, and we live within 10 minutes of each other.

How we became engaged: My family has spent Christmas down in Mexico for the past 15+ years so in December 2017 we decided to bring both families together and had Mauricio’s parents down in Puerto Vallarta with us. On Christmas Eve, after spending the best day out on the water on my favorite boat cruise – swimming, dancing, eating and drinking – and catching the end of a Niners game on TV, the two of us went to sit on the beach to watch the sunset and Mauricio proposed. I was not expecting it as I was all sandy and salty but it was perfect. Then we got to spend Christmas day celebrating with our families.