Aislinn and Jon’s wedding married multiple cultures and families living across the ocean from one another, so the couple figured if everyone was going to travel—make the destination one that everyone would want to vacation to. Enter Villa Medicea di Lilliano, a historic Tuscan villa overlooking the hills of wine country with a view of Florence in the distance. Event designer and coordinator, Super Tuscan Wedding Planners, brought in florist Flowers & Living to help create a stunning rooftop ceremony and Grey Collective member Art De Vie travelled with the couple from New Orleans to capture all the love and details in these beautiful images. 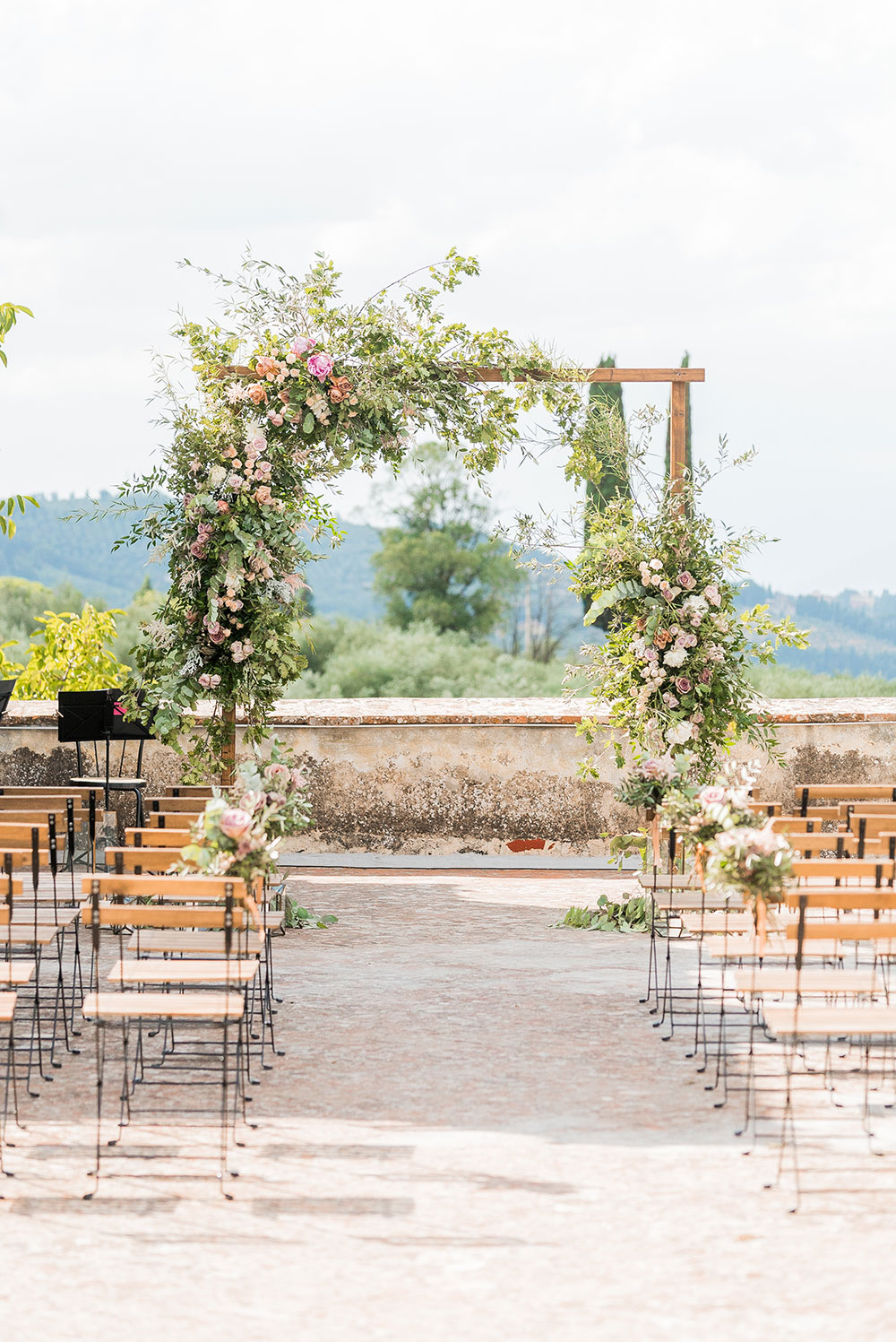 We decided on Italy as our destination wedding, since we were trying to marry multiple cultures and families living across the ocean from one another. We figured if we were making everyone travel, we should at least find a location people would want to come to. Our mutual favorite wine is also a Chianti Classico, so getting married in a Tuscan vineyard full of such wines was a dream! We didn’t have the opportunity to travel to Italy before the wedding, so we had to land on a venue and make all associated decisions without ever visiting the Villa in person. That made the revealing of the grounds the day before the wedding extra special! We were blown away by the beauty of it all – the pictures we had seen online really didn’t do the Villa justice. The aspect of our wedding most unique to us was that we had people from 7 countries and 6 different states – most of whom didn’t know each other before the wedding – come together and connect as if they were all old friends. Most of the members of our families (with the exception of our parents) had also never met beforehand, so it was quite special to see how well the group meshed and how much fun everyone had together. 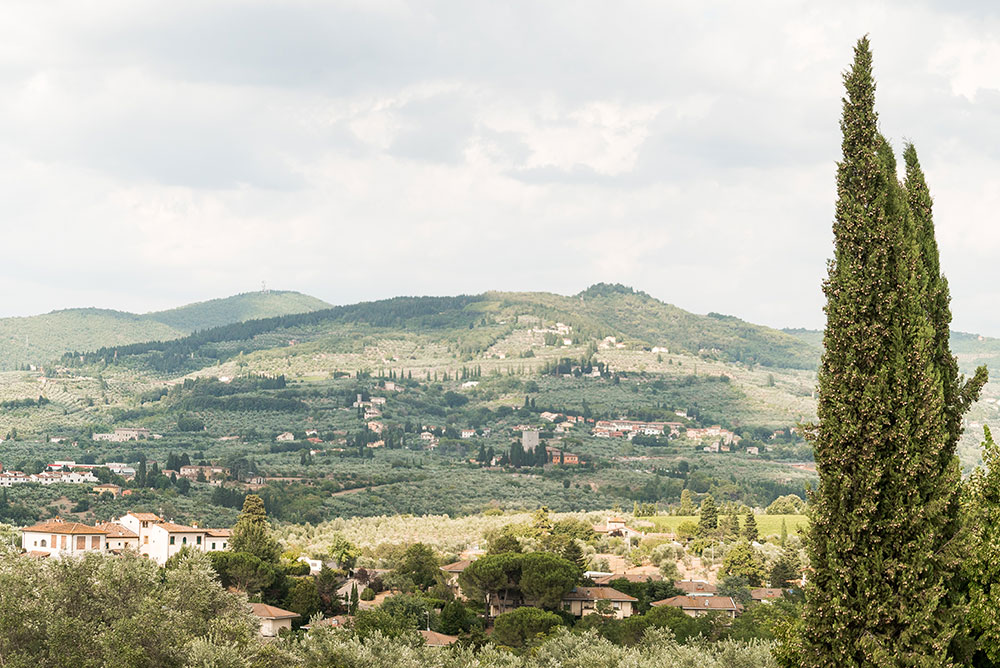 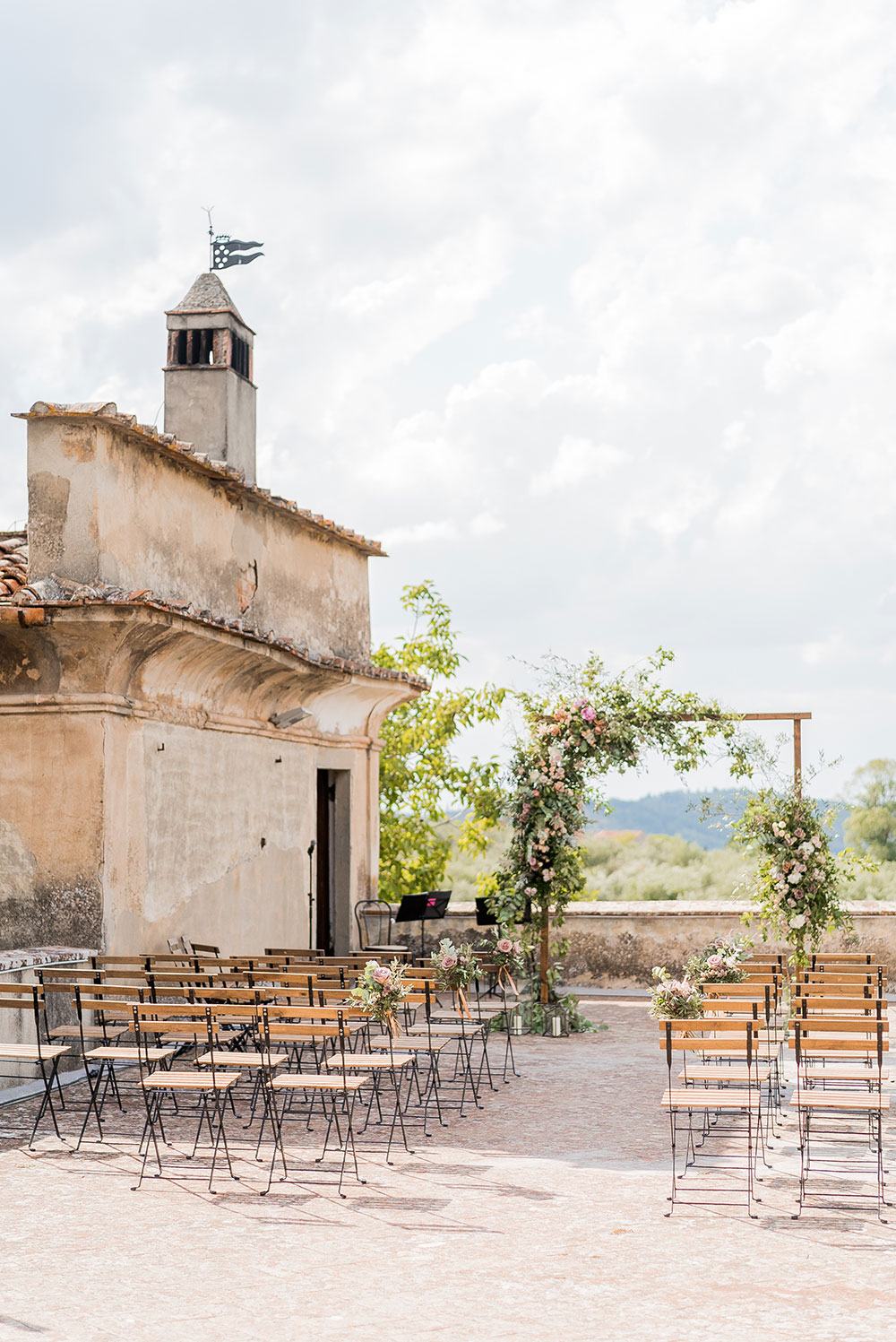 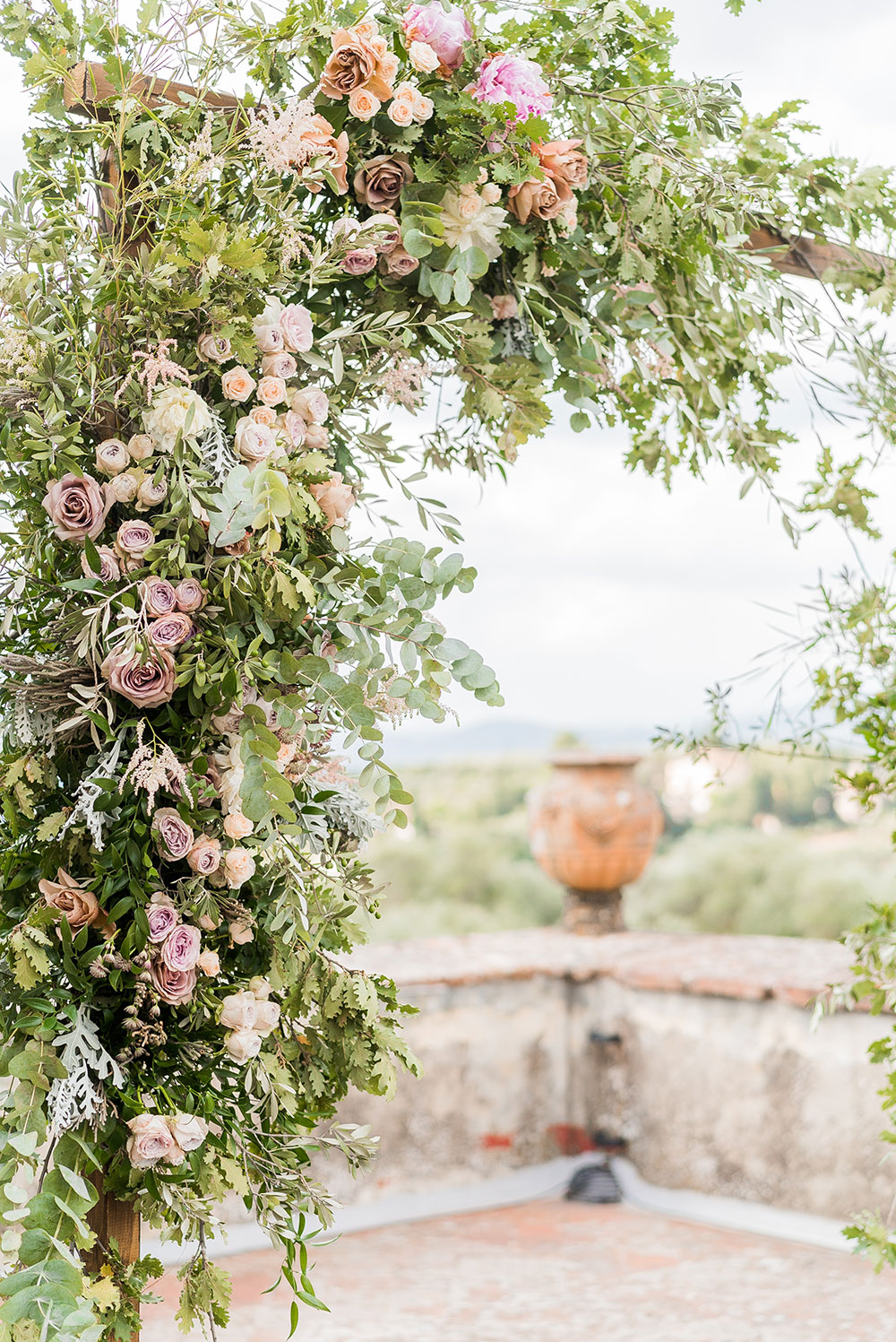 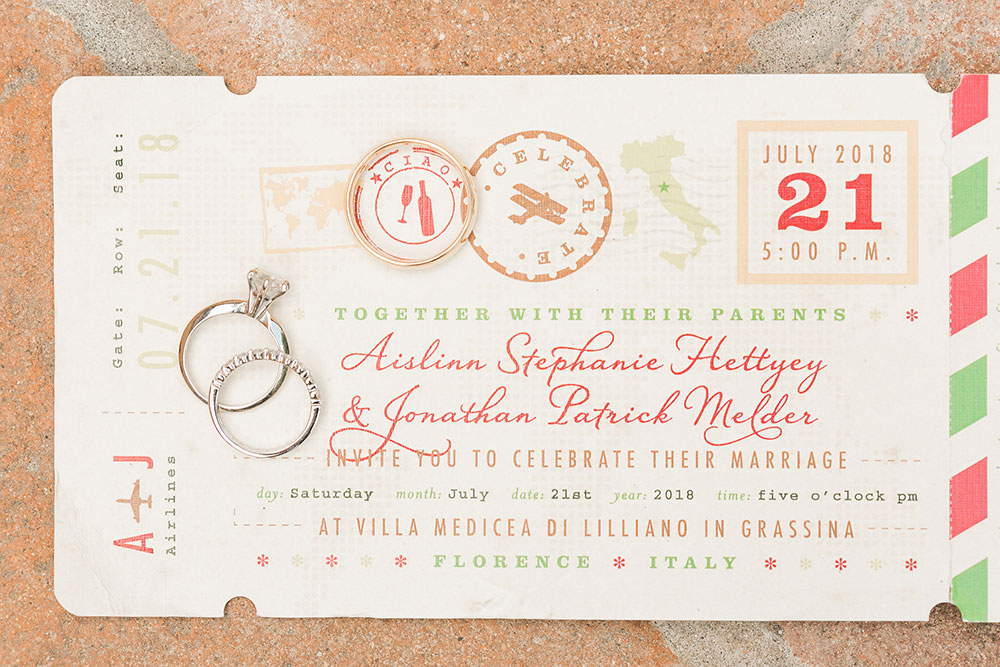 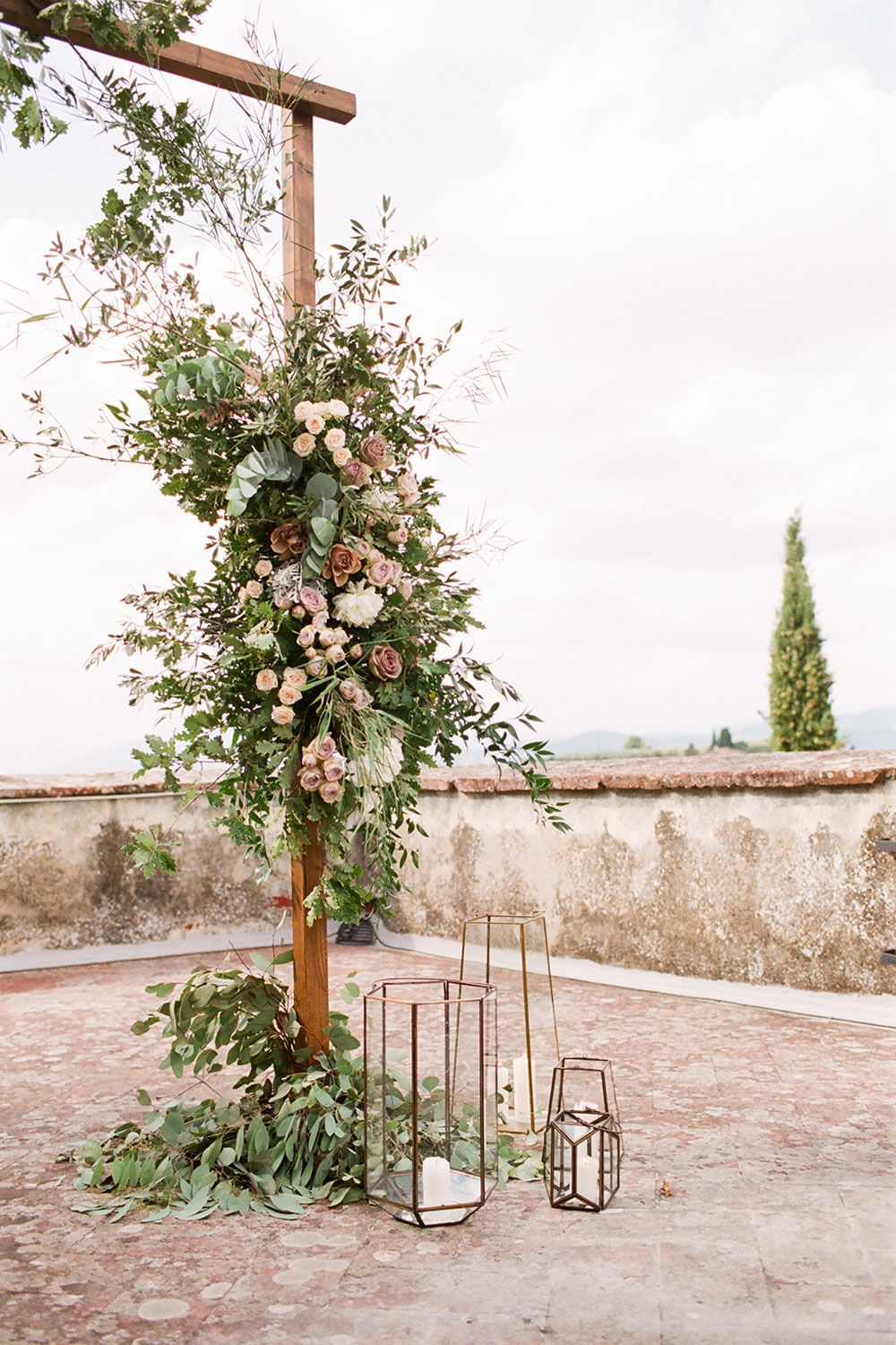 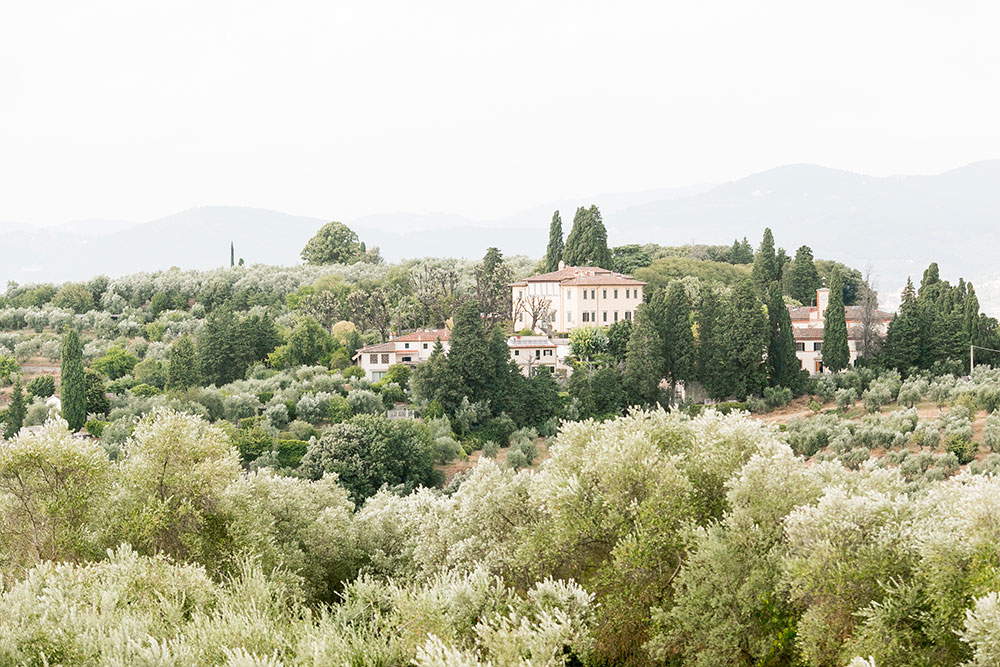 It was a Martina Liana fit and flare gown with a high neckline, sheer back with delicate lace details and pearl buttons. The dress had several layers to it, with ivory embroidered lace and stone tulle over a moscato-color gown and porcelain tulle illusion. I found it at Town and Country in New Orleans the week my parents came to visit for Thanksgiving from the Netherlands. It was the first time they met Jon’s parents, and I wanted to have at least one opportunity to go dress shopping together with my mother, and Jon’s mother and sister – so it was quite meaningful that I was able to find THE dress during the one day I had everyone with me! 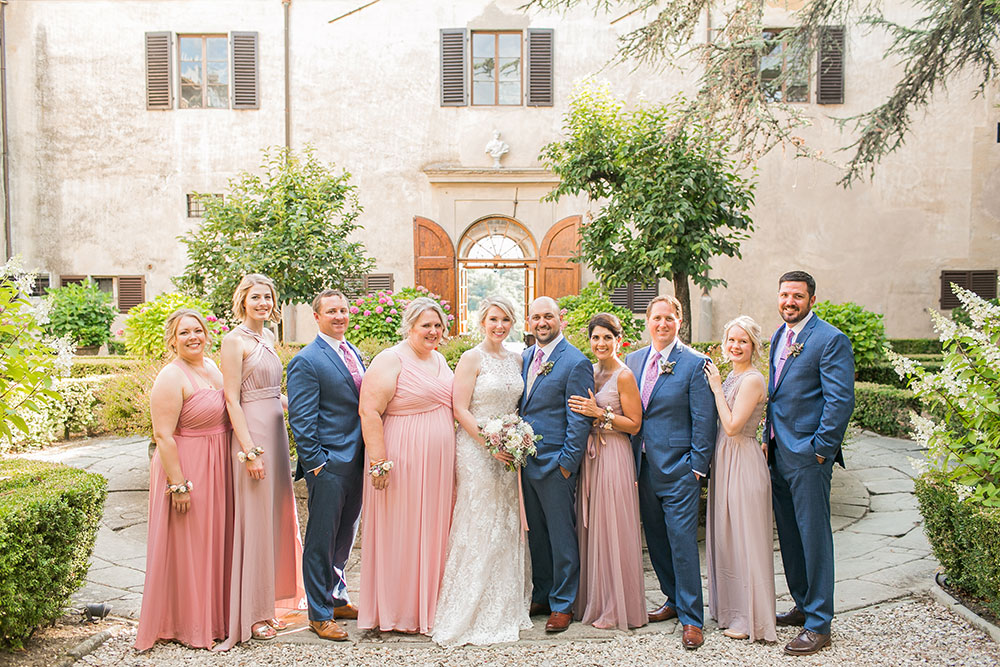 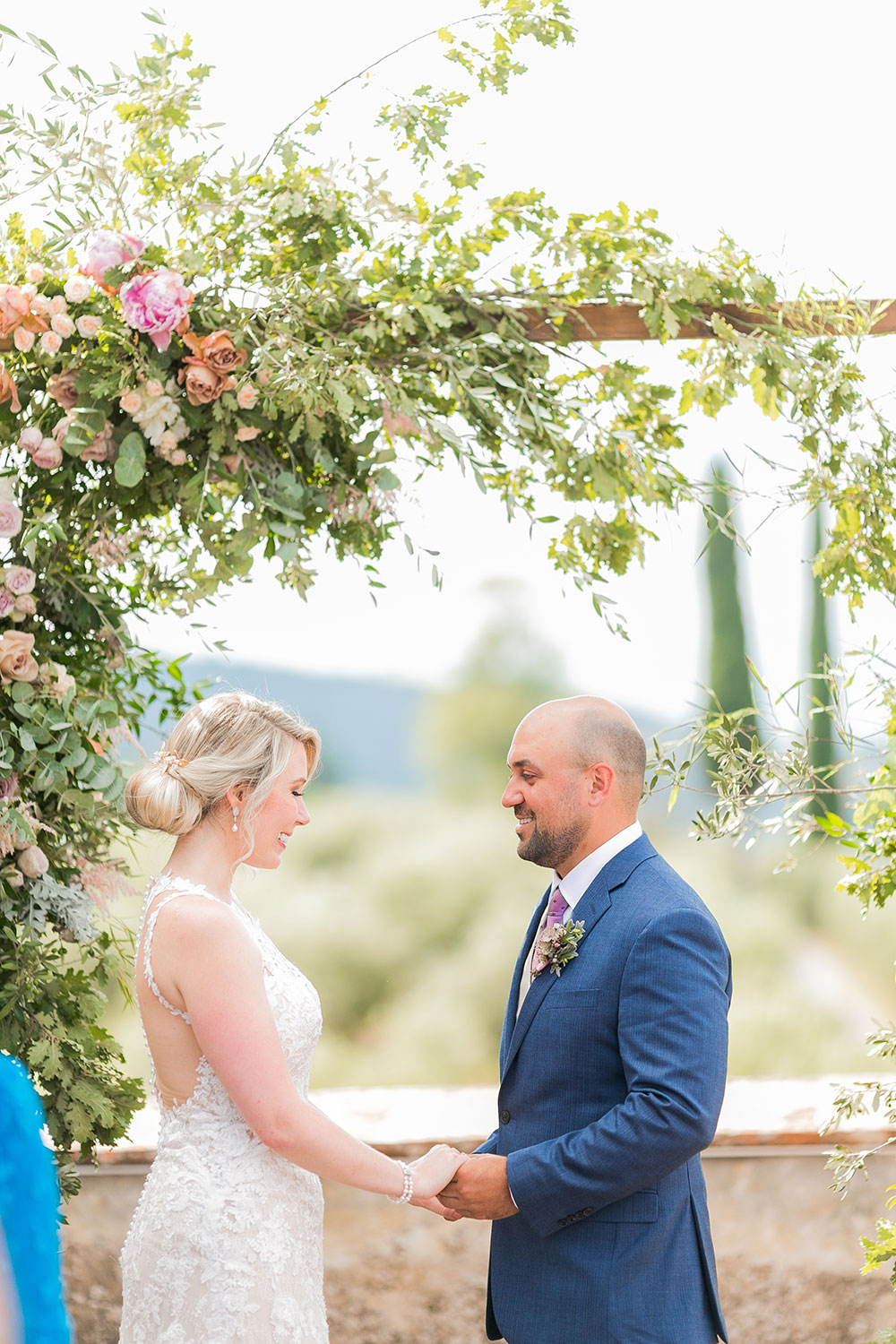 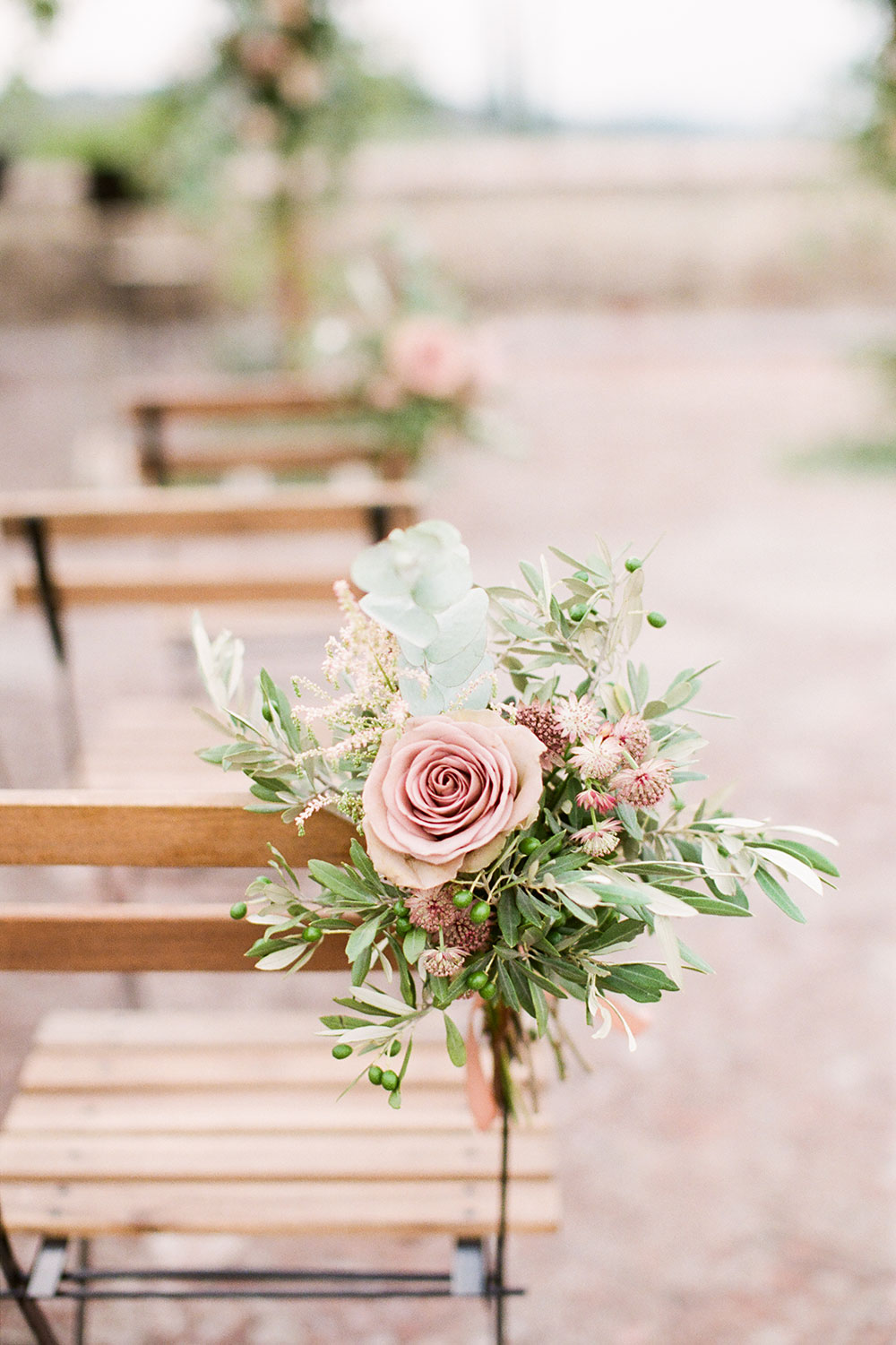 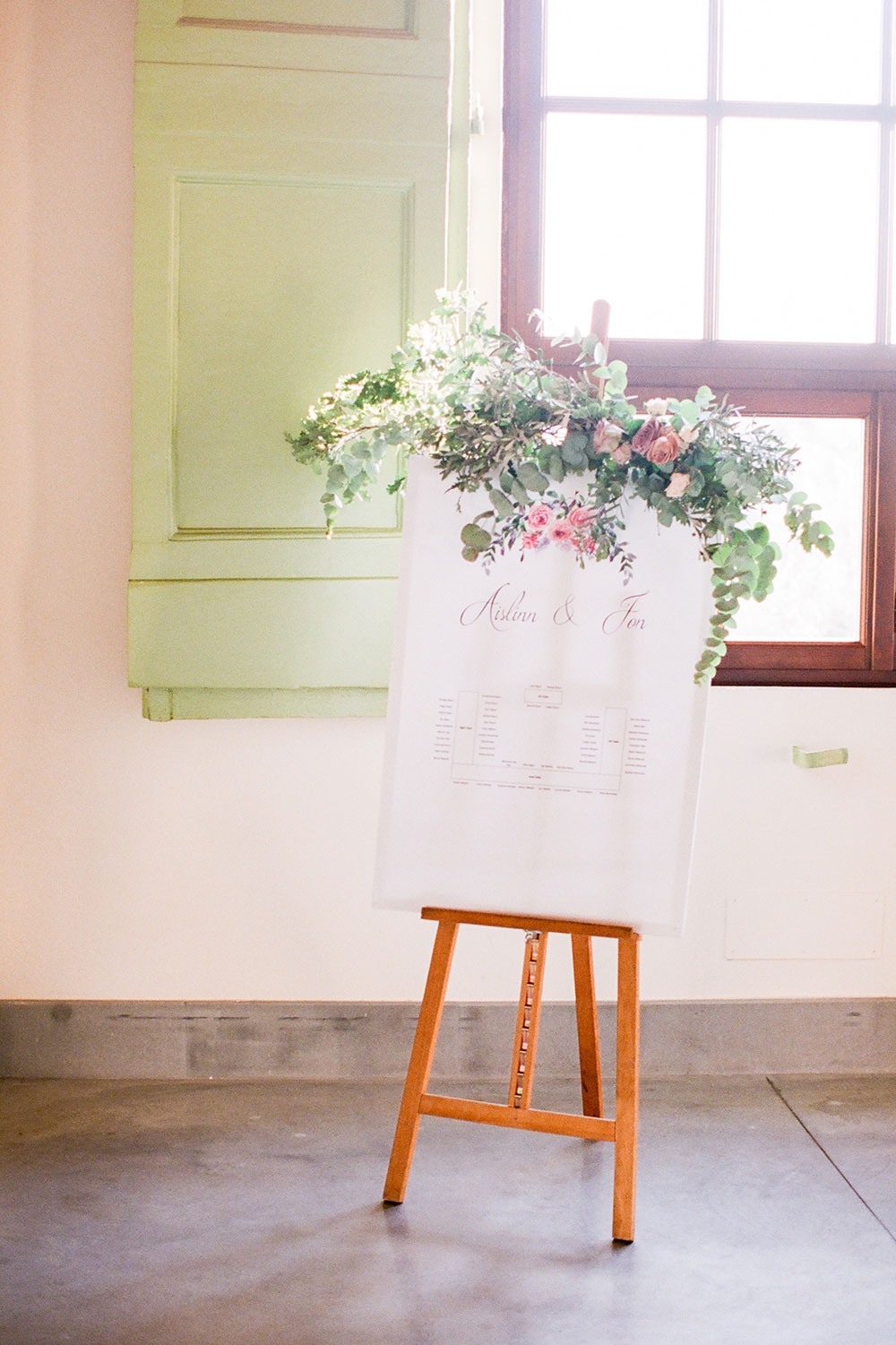 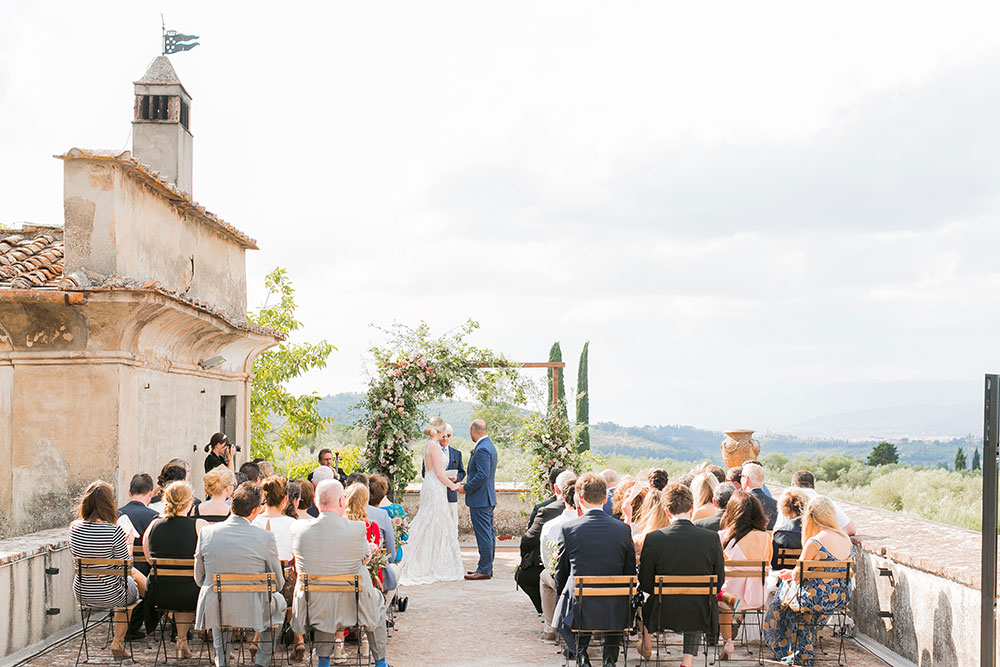 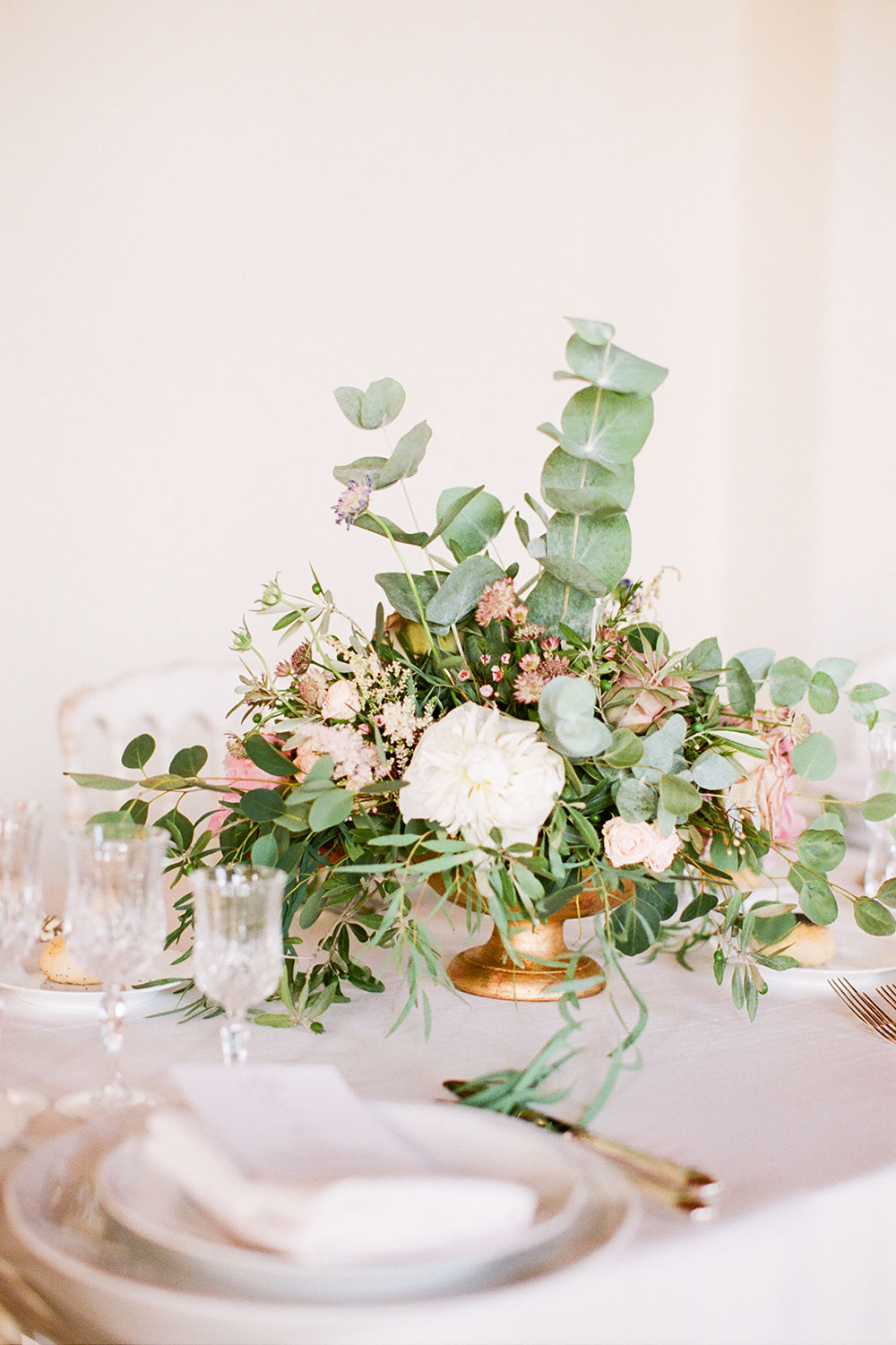 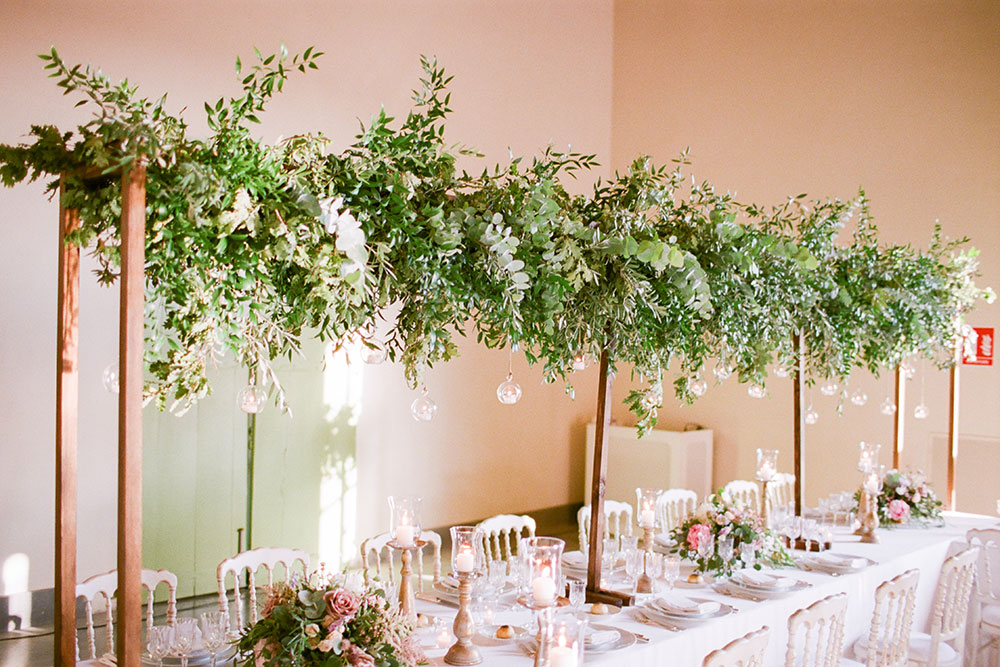 We determined early on that we wanted someone we knew to perform our ceremony, and eventually decided to ask Aislinn’s Irish uncle who was also coincidentally an honorary Senator of the state of Louisiana – neatly representing both the Irish heritage of the bride and the Louisiana heritage of the groom! We tried to incorporate various elements from our different cultures in the wedding. We decided on a sit-down dinner in keeping with most European traditions, but we treated the speeches during dinner as most Southerners do the night before at the rehearsal – anyone who wanted to speak was invited to stand up and say a few words. Since our wedding was quite small (56 people), it made it very personal to get to hear from some of our dearest friends and family, without feeling like we had to limit the speech time. The party afterwards too incorporated both European and Southern elements – the dancing went on until 1:30 in the morning with your typical wedding music, interspersed with Irish tap dancing, Dutch folk songs, and the LSU Tigers marching band anthem. Our party favors were both a memento from the region (local olive oil and Limoncello), as well as Mardi Gras beads we had brought over from our home in New Orleans. We truly tried to mesh our separate backgrounds and experiences, making the wedding feel like it was anything but standard. 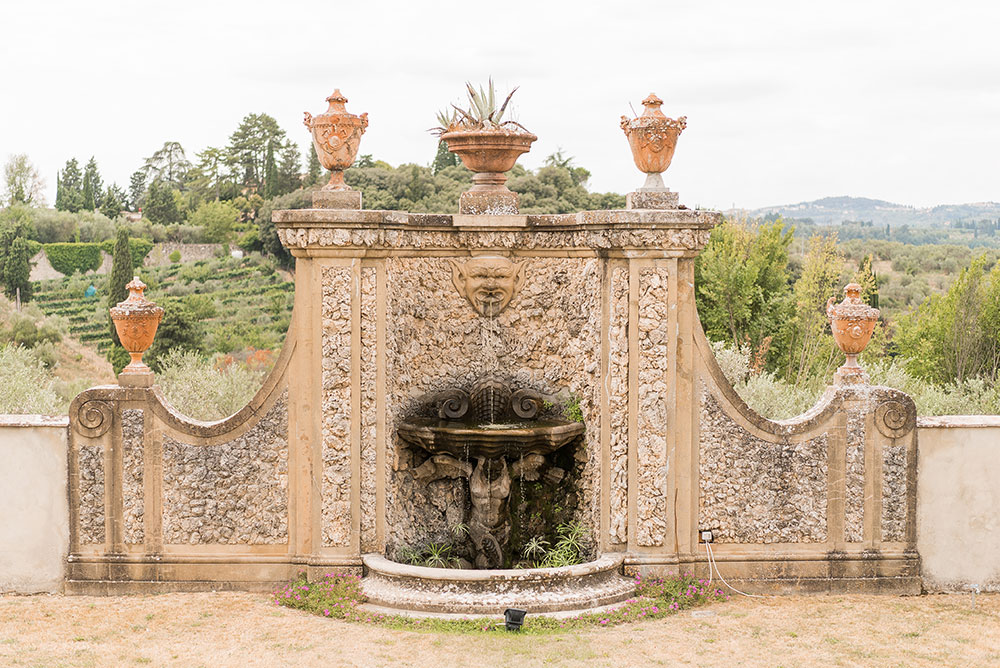 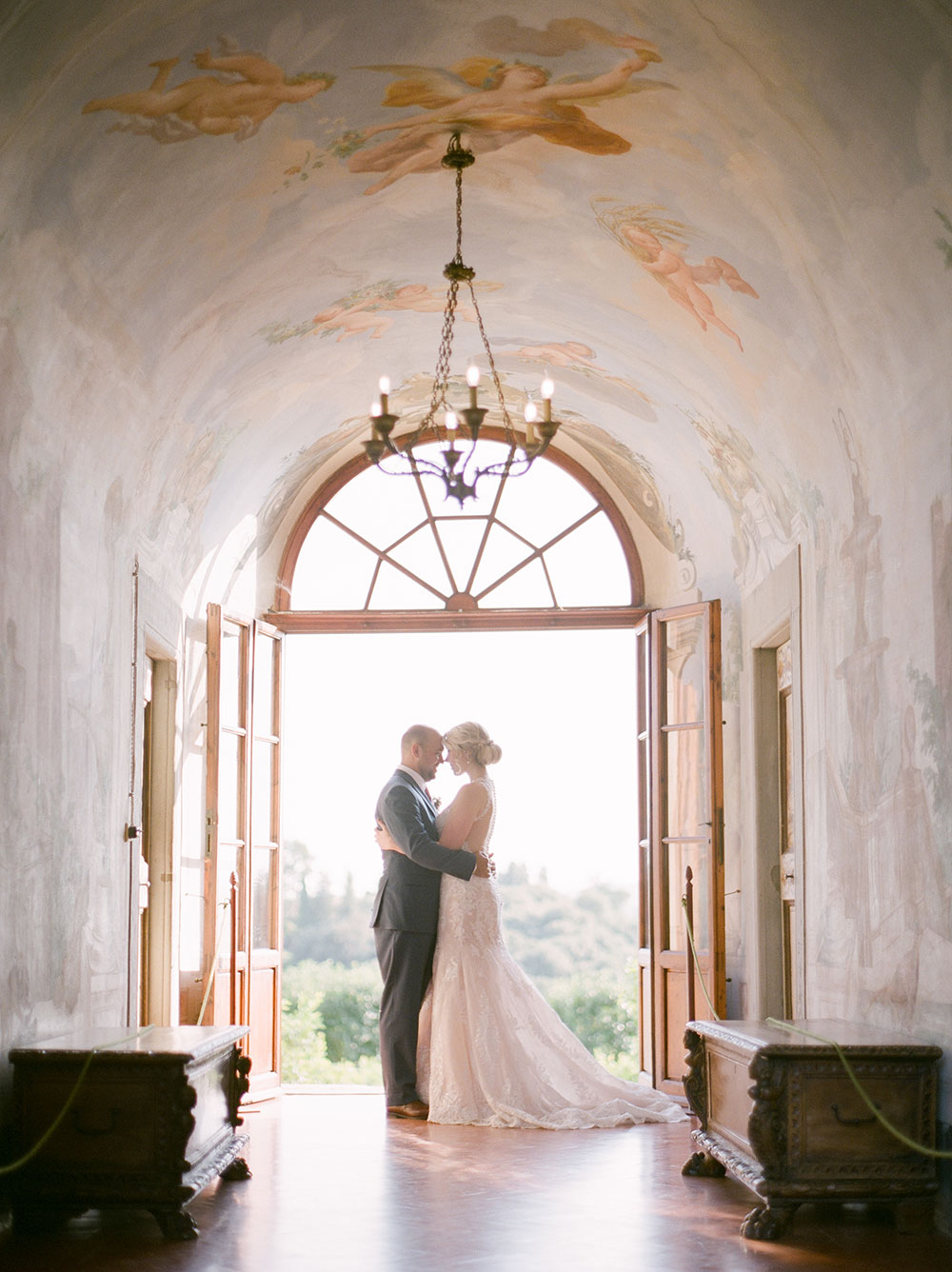 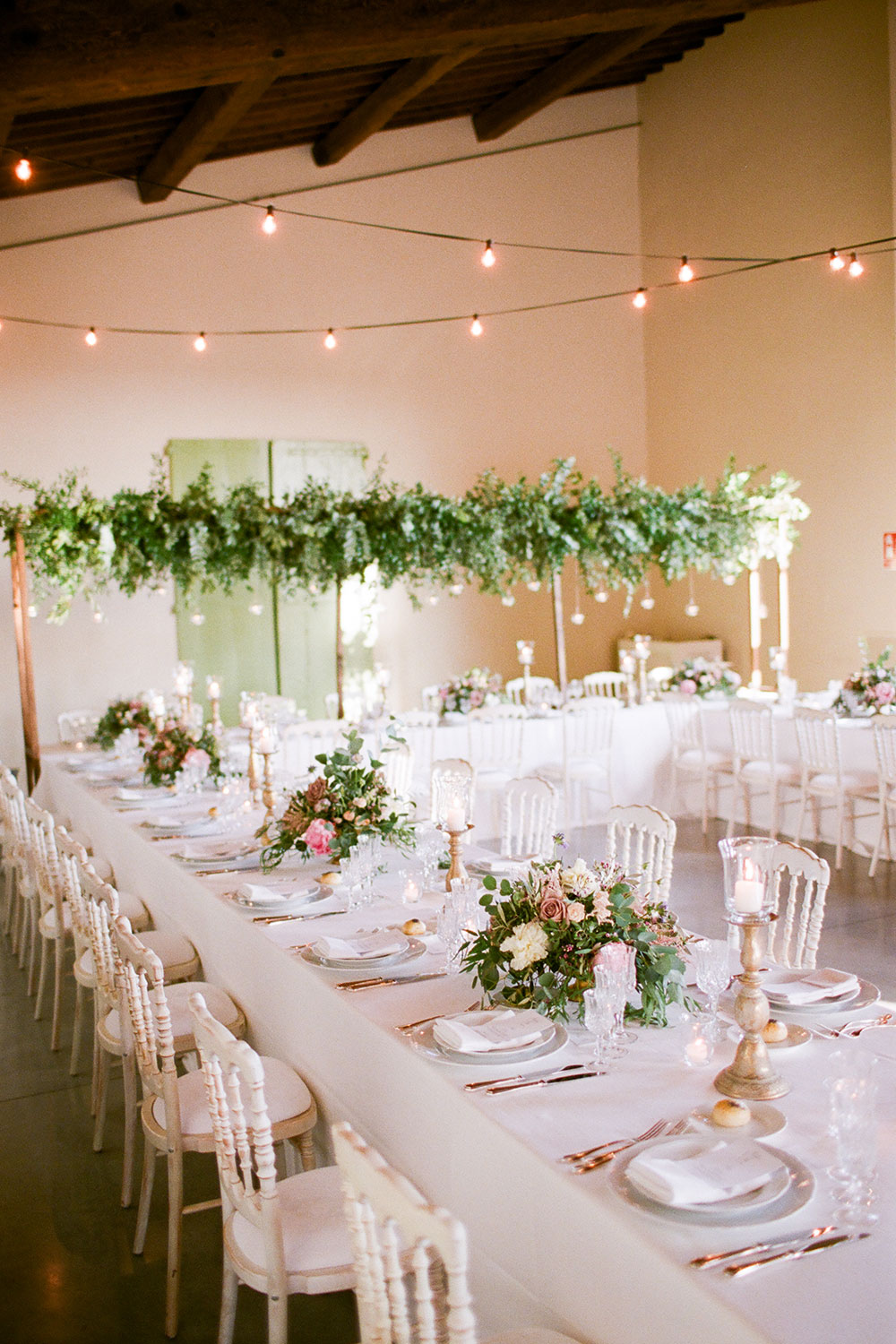 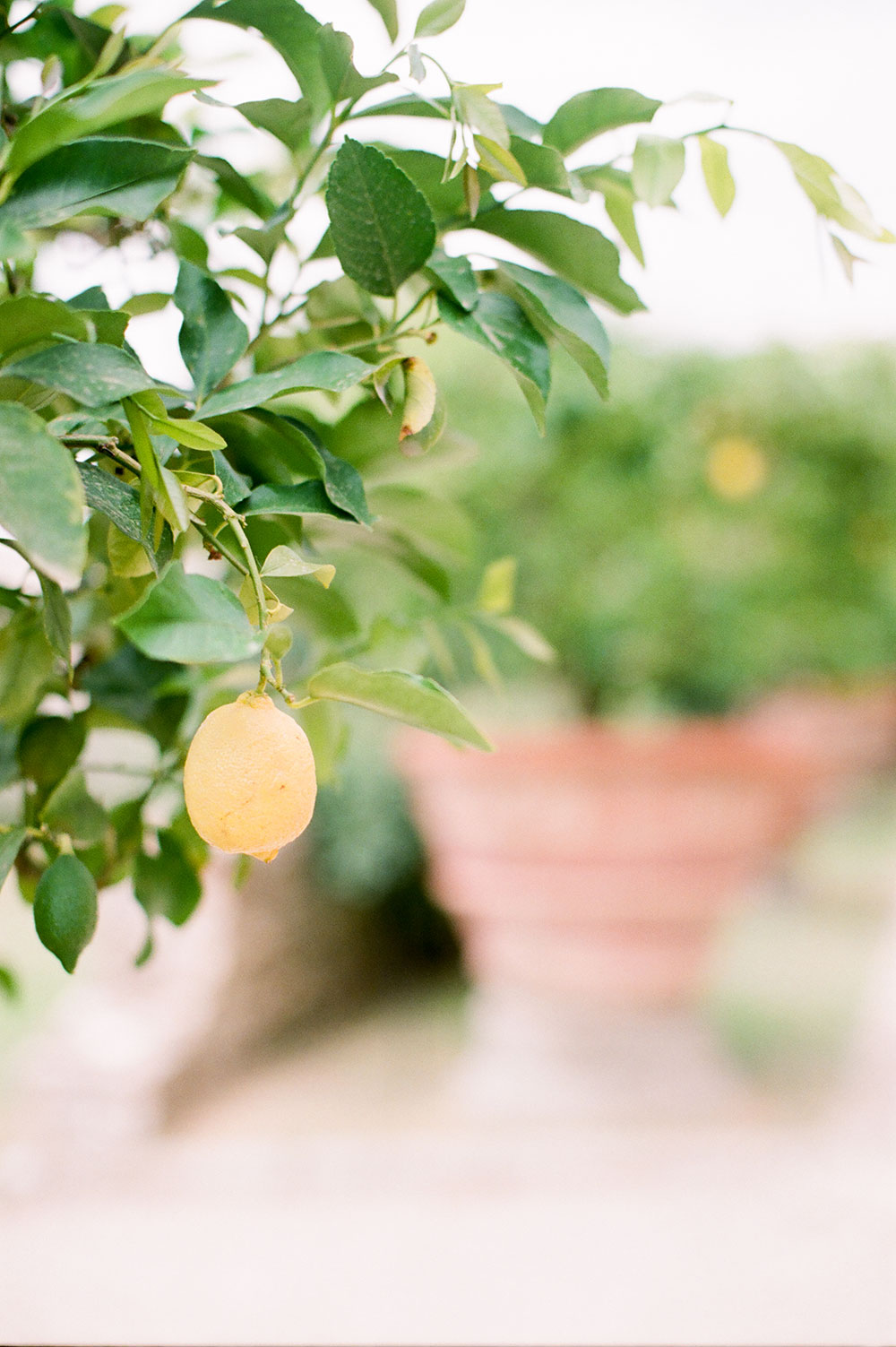 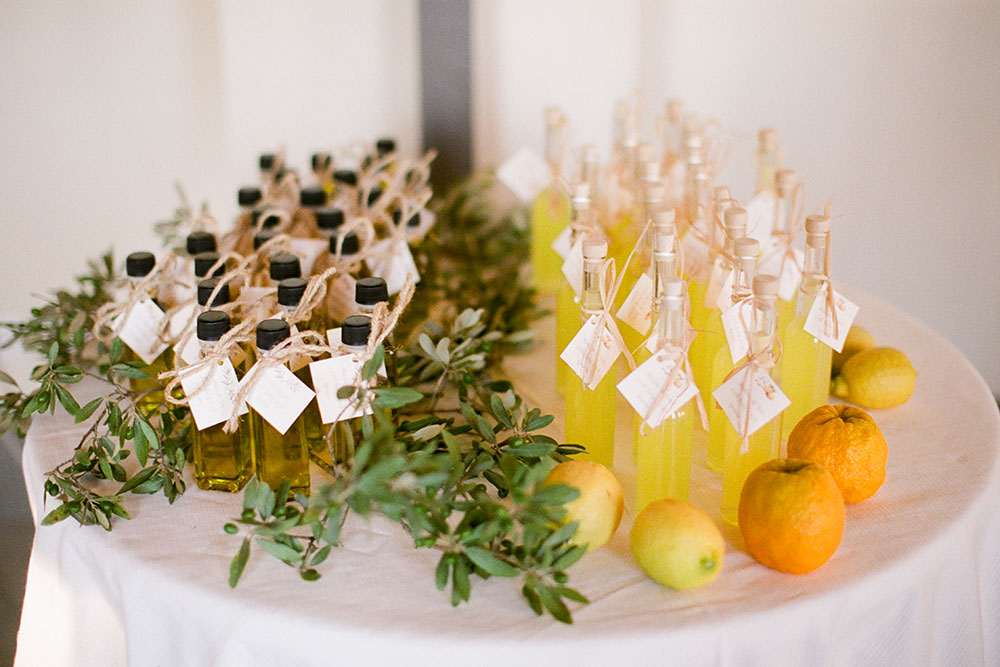 Walking up the stairs to the rooftop terrace overlooking Tuscan wine country – and in the distance, Florence – where everyone was gathered for the ceremony. While the surroundings were unquestionably stunning, the only thing Aislinn remembers seeing as she walked down the aisle was Jon’s emotional face, and that she couldn’t stop the sudden onslaught of tears. It was a very touching moment because it just felt so surreal to be in the midst of that gorgeous environment, getting to say ‘I do” to each other, surrounded by so many of our favorite people who had traveled such a great distance to be there with us. 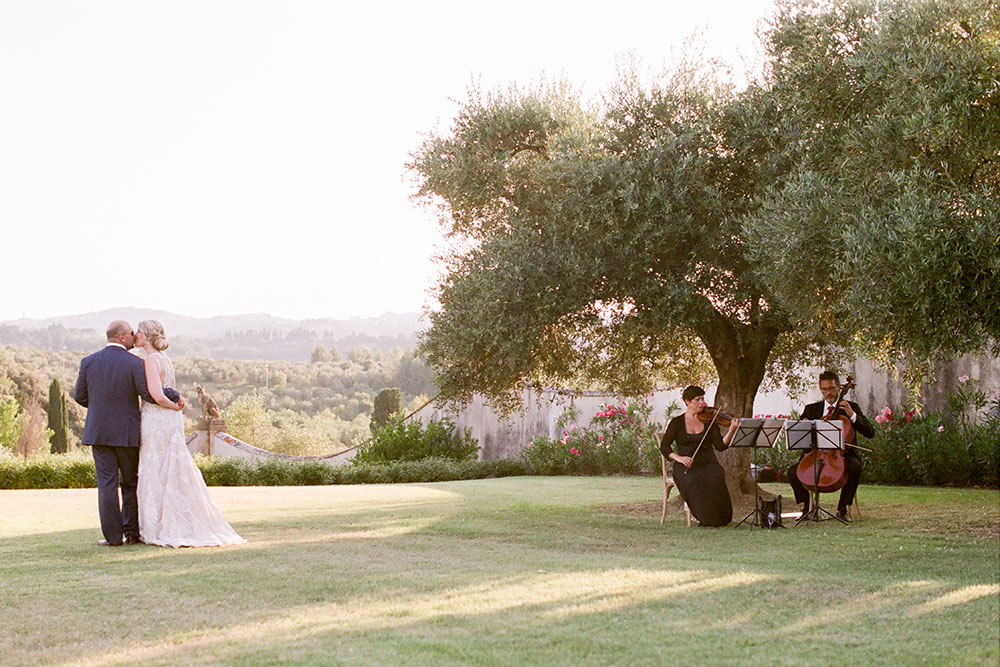 We met at Aislinn’s work, where Jon would regularly come to visit clients. Aislinn was sitting in her friend Mary’s office when Jon walked in to discuss matters of business with Mary. Before long, the conversation took a personal turn, and Aislinn wanted to know where Jon was from. He thought the answer of ‘north Louisiana’ was self-evident enough, but when Aislinn thought that meant somewhere near Kentwood (the home of Brittney Spears – which, as a newcomer to Louisiana, was really the only place outside of New Orleans that Aislinn was familiar with), Jon decided to draw a map on the whiteboard and explain the geography of Louisiana to the poor ignorant foreigner. He was, in fact, from a town nowhere near Kentwood. Mary – who would later be the Matron of Honor at our wedding – shrewdly observed the chemistry between us in those short 45 minutes, and quietly conspired with a friend of Jon’s to set us up on a group date. That group date ended in everyone else leaving well before midnight, and the two of us staying out together until 2 a.m. (on a Monday evening). We became engaged 2 years later while on vacation on the Greek island of Santorini. Jon proposed on the balcony of our room, with a bottle of wine, overlooking the Aegean sea. We then went out to celebrate and ended up partying with the locals until 6 a.m. We may have missed the vineyard tour we had planned for the next day, but it was worth it!