Olivia and Zach’s bright an preppy southern wedding is sure to delight. With an aubergene color palette that nods to the bride’s Mississpi routes and a subtle pineapple them (it stemmed from the mother-of-the-groom’s love of the fruit but eventually became the family seal) the details are thoughtfull and sweet. We’re loving the tented ceremony with modern suspended lighting and the golden tablescapes are gorgeous with a peppering of aubergene and purple and florals by Steven Ford Interiors. The details are all captured by Carrie Coleman Photography and sure to delight! 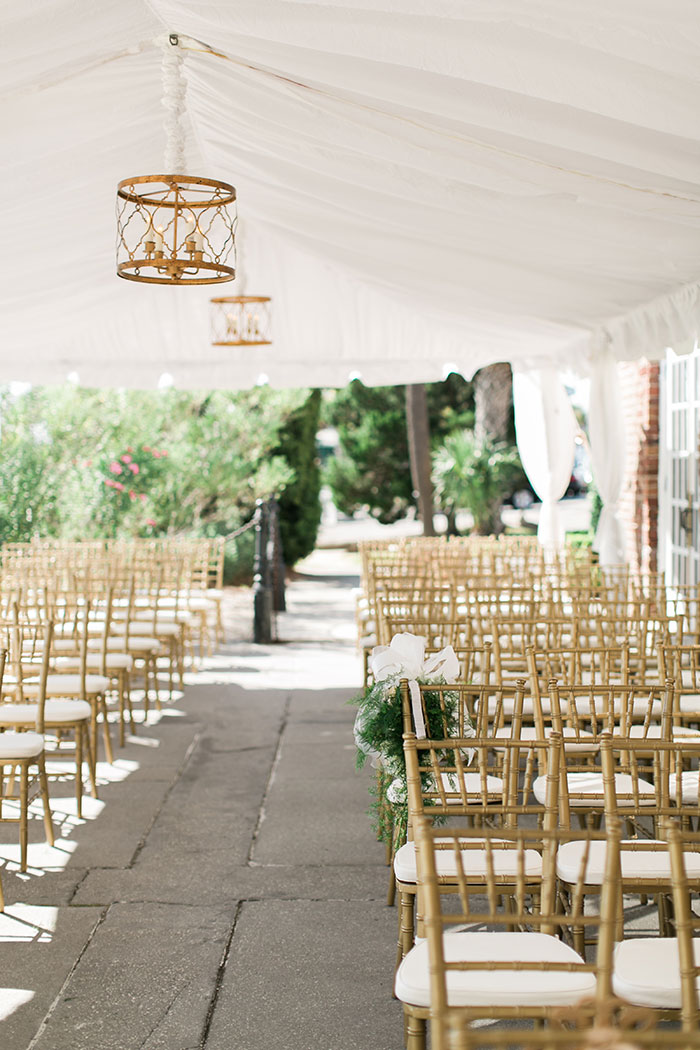 In order to honor my family, who is from Mississippi and loves all things cajun, our colors were aubergine and gold, and we used lots of greenery as a nod to Mardi Gras. 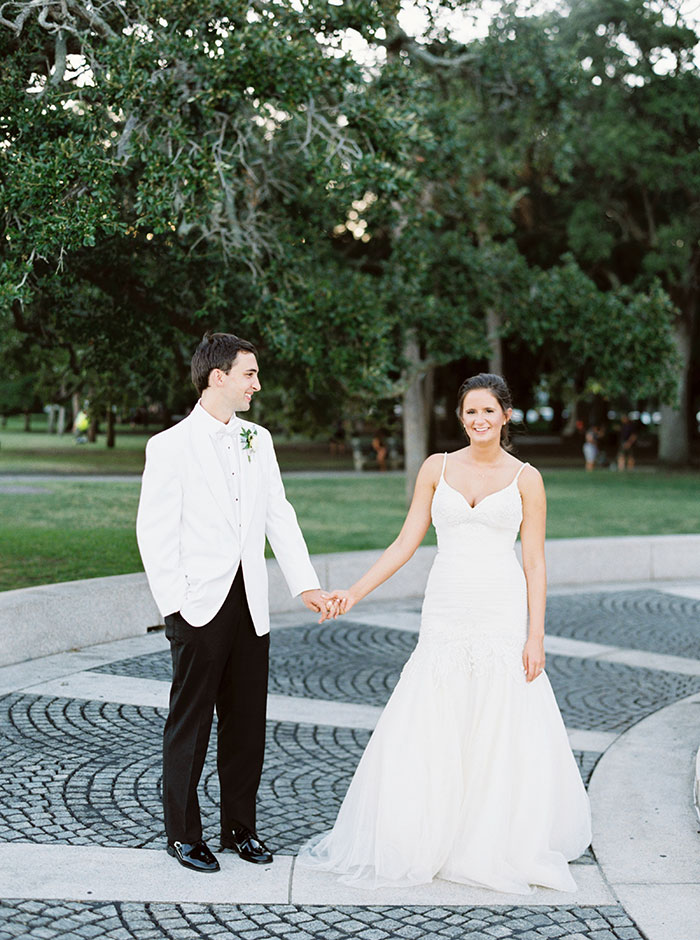 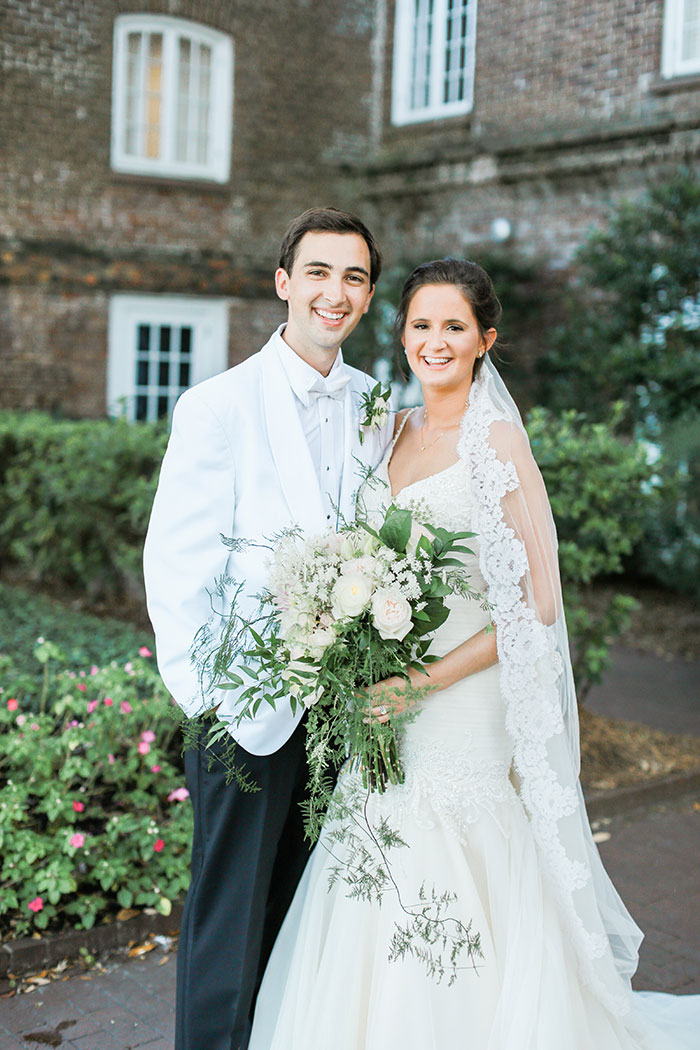 I found my gown super early in the planning process and actually bought it on August 13, 2015! A year from the wedding! I bought it in Evelyn’s in Lugoff, SC, about 20 miles from Columbia, SC where I was living at the time. Evelyn’s had been recommended to me by five or six different people. I went there just to look with a couple friends, but ended up trying on six or seven dresses. The dress was not what I had initially envisioned… since I’m big-chested I had originally thought I wanted something a little more conservative. But I fell in love with it, my aunt called it my Jessica Rabbit dress. 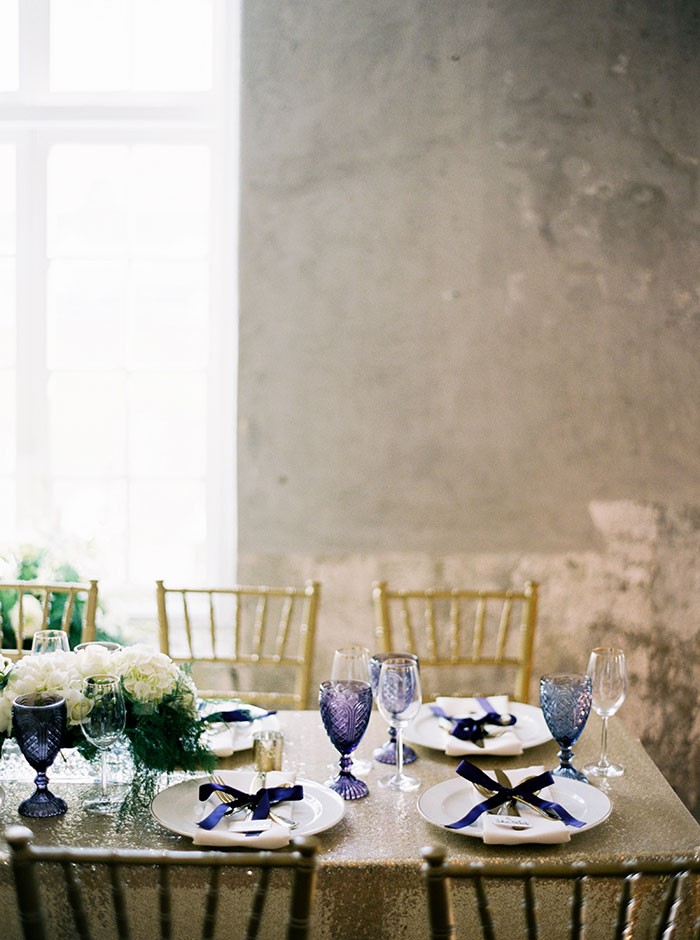 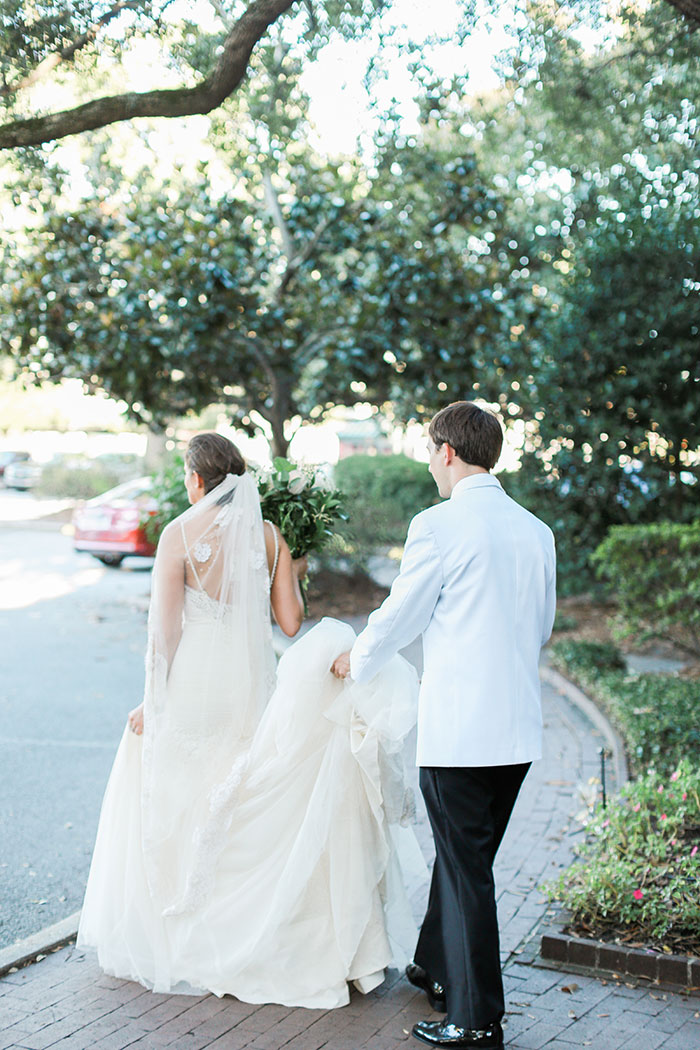 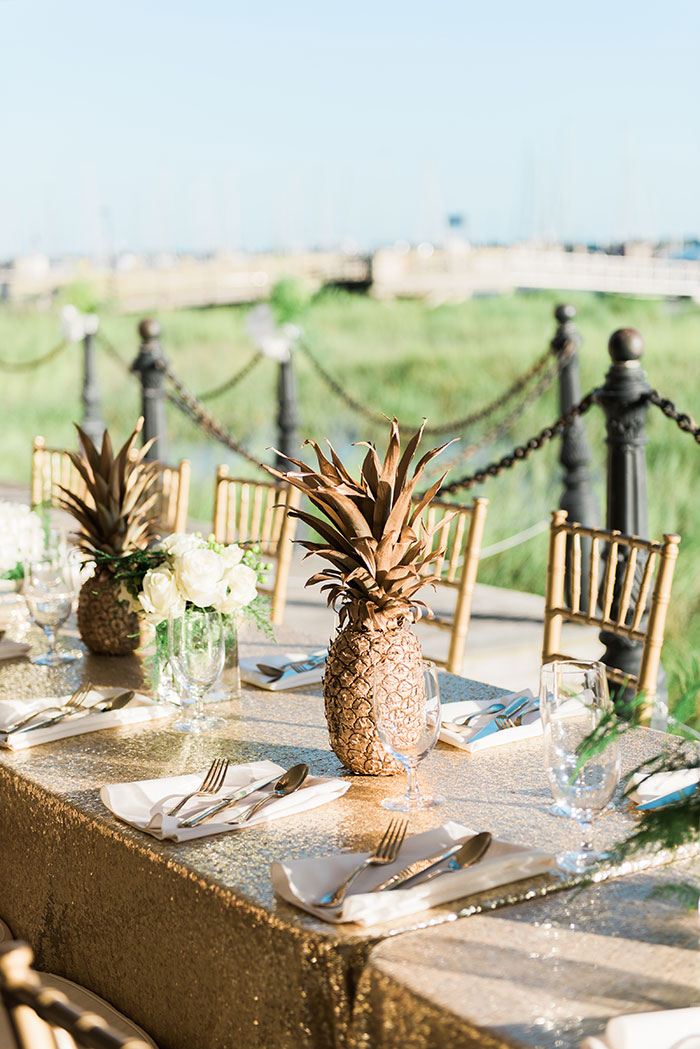 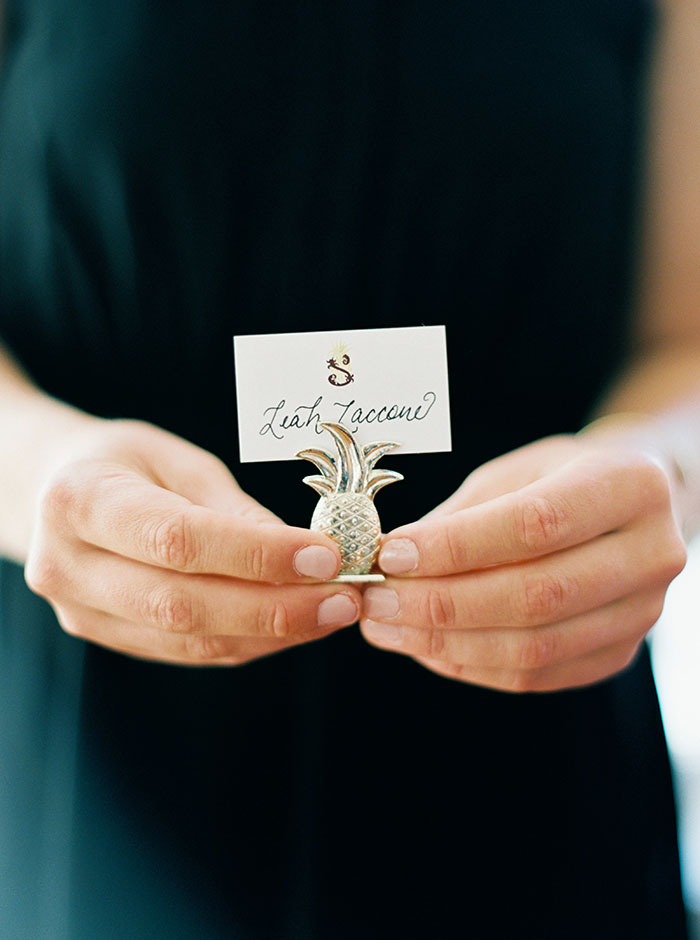 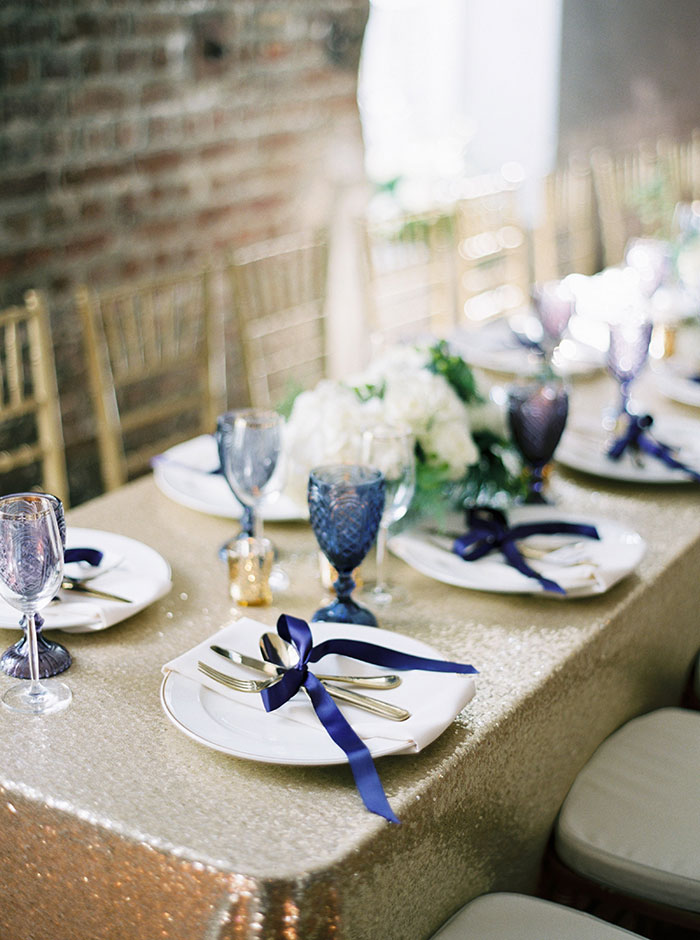 Different family pieces were used continuously throughout our wedding. My husband’s ring was my grandfather’s. My earrings where my grandmother’s. My necklace was my mom’s. My veil was my aunt’s, and had been used by two of my cousins. Our wedding cake topper was my maternal grandparents’, and had been used for other weddings (including my parents), christenings, and my grandparents’ golden anniversary. Something we found out after we had chosen our date that it was the same date that an aunt and uncle on one side of the family had married, so they celebrated their 39th wedding anniversary by celebrating us. It was also the wedding anniversary of my maternal grandparents. Two wonderful, strong couples that I would love to emulate in my marriage. My cousin Allison who owns High Cotton Papery designed and created all of the paper goods. She also designed our logo! My best friend from high school made all of the cupcakes and cake. I’ve known our planner for 9 years and she has been like a big sister to me since her days of being my YoungLife leader. She had a baby two weeks before my wedding and I was amazed at their strength throughout the day. Couldn’t have done it without her. 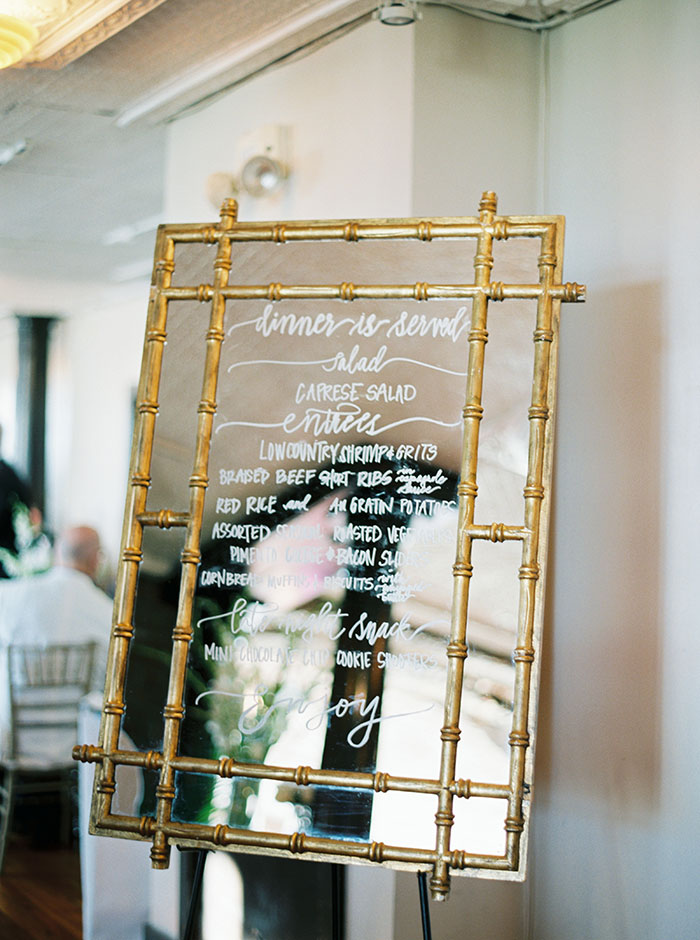 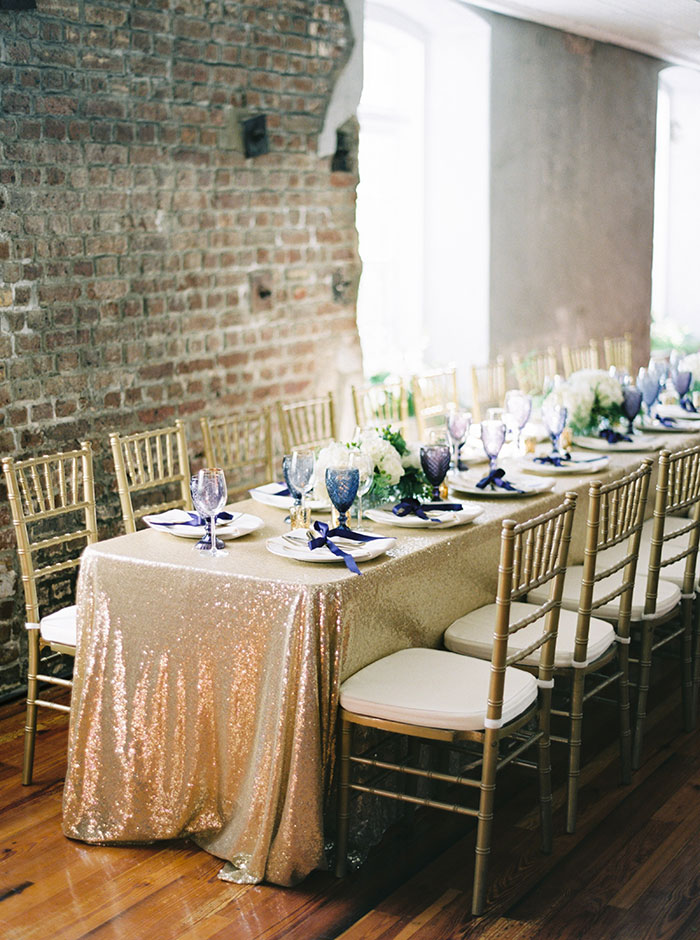 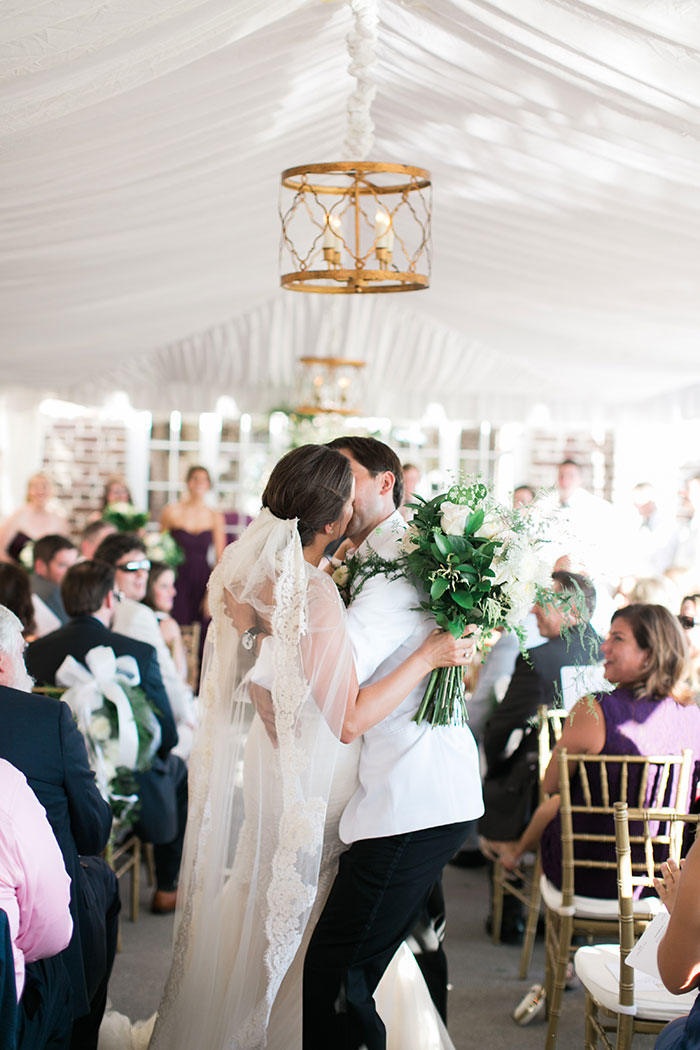 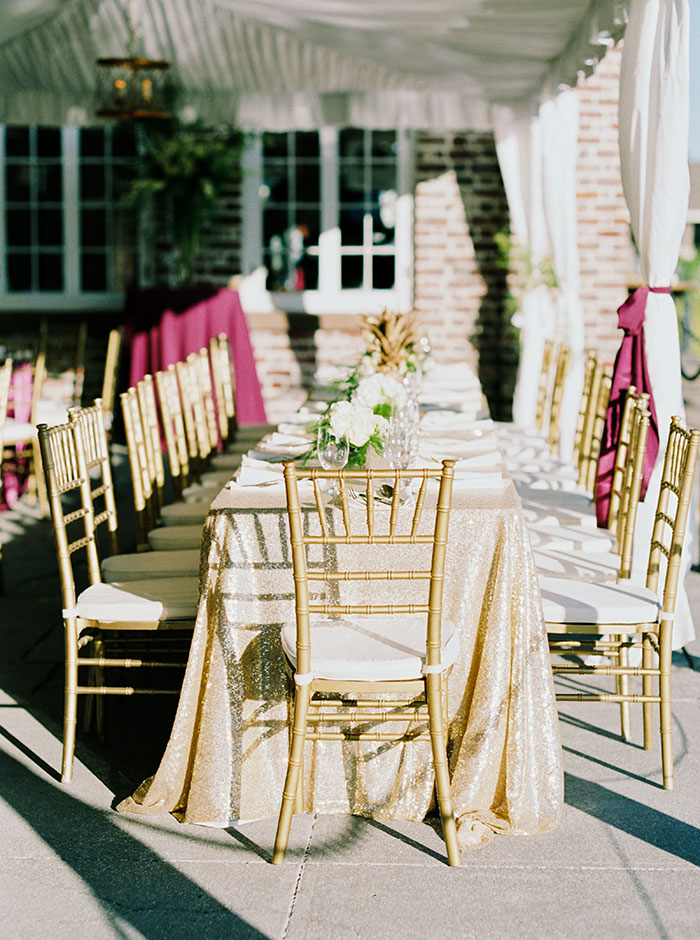 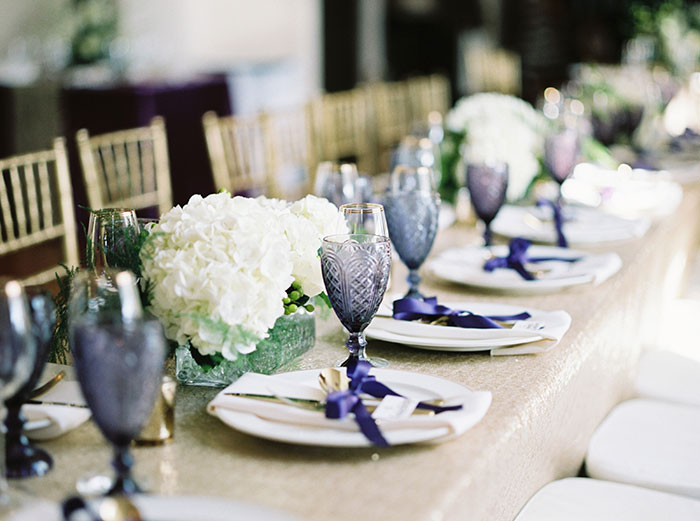 For me, it was walking down the aisle toward Zach. The whole day had been a wonderful whirlwind, and I loved every moment. Zach and I didn’t do a first look, it was something he was adamant about. He wanted to wait until I walked down the aisle to see me. Some people had told us it helped with the nerves of the day to see each other, that there is so much anxiety and stress that being with your person helps calm the nerves. I didn’t get antsy until 30 minutes before the wedding. At that point I was ready to see him. All my nerves disappeared when I saw him, instead I was incredibly joyful. Also I was surprised that I cried, but I couldn’t help it when I saw him crying. 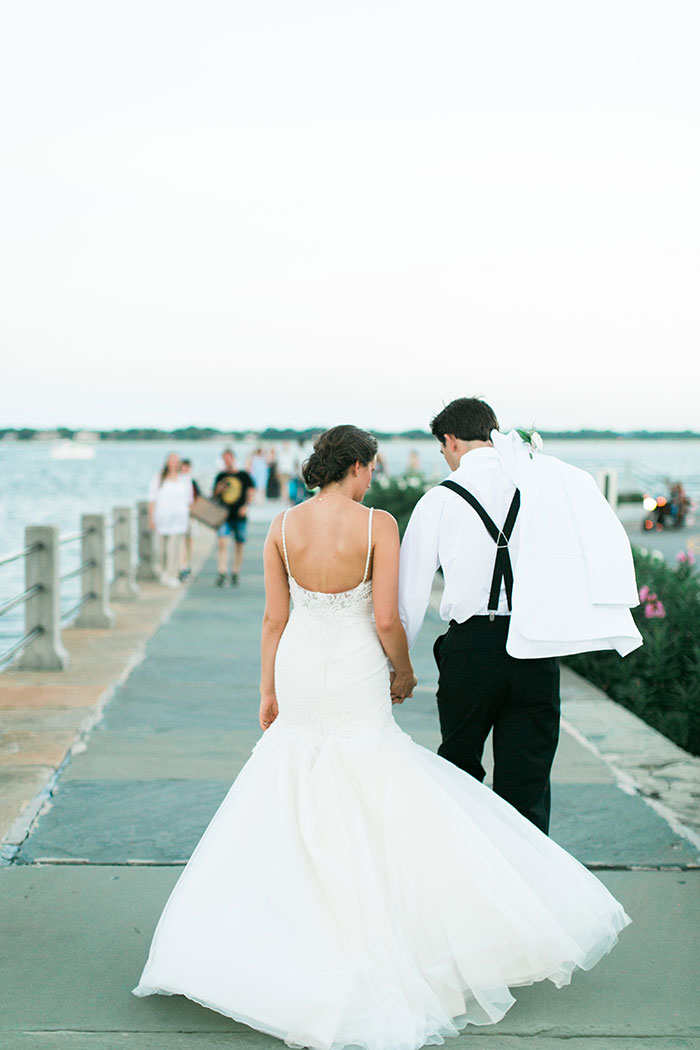 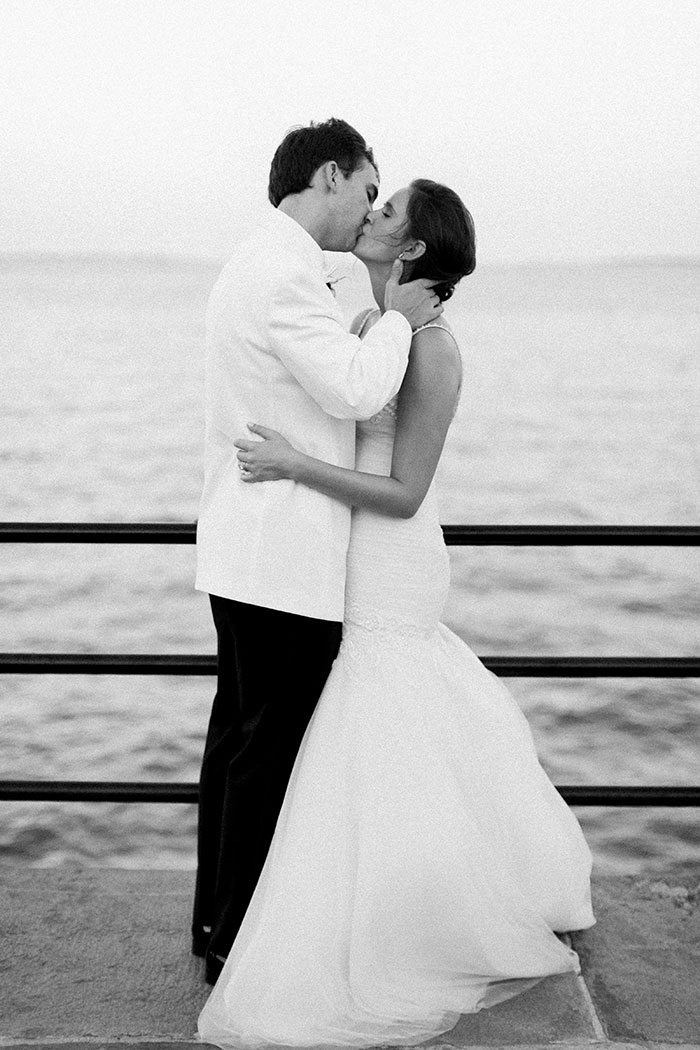 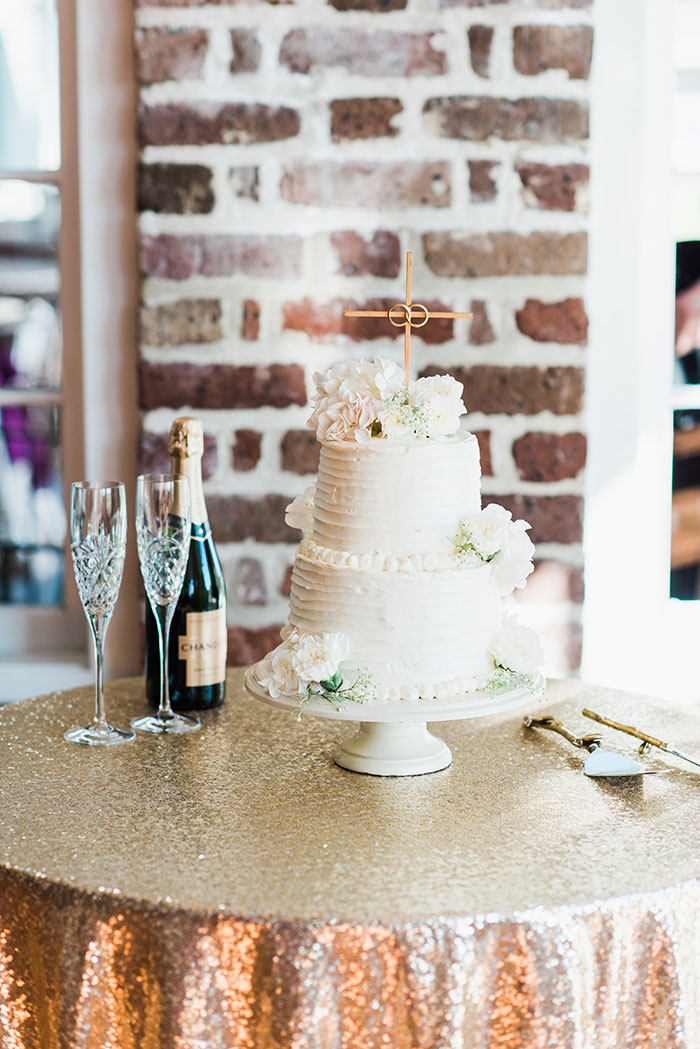 Tell us how you met and became engaged?

Zach and I met in 2012 through mutual friends while we were studying at the University of South Carolina. He was quiet, and so was I, and he wasn’t necessarily my “type” (I roll my eyes at this now) so nothing came of it.  We became friends when we had a class together and wanted a friend to sit with in a huge lecture class. But we realized what good friends we could be when we started studying together for a media law class, the following semester. Zach’s story for how he started thinking of me as more than a friend is a total fluke, and we have opposite beliefs about it to this day. We were studying in a group at my house for a media law exam. Zach was sitting diagonally from me at the table. Unbeknownst to me, he had his feet propped up in the chair next to him. The seat was directly in front of me, so I propped my feet up. I was also antsy from sitting for such a long time, so I was moving them a little. Zach took this as me flirting with him by playing footsie. I wasn’t.

Either way, it worked out for the better. But I wasn’t playing footsie.

We got engaged over the Fourth of July, in 2015. I love to spend the Fourth of July with my family in Gulfport, MS. But that year we wanted to spend it together. So his parents came to town and we went to my family’s church. It’s across from the beach and the city puts on a huge fireworks display every year. Zach proposed during the firework show, underneath an oak tree. It was wonderful getting engaged in front of our family, at a church where my family had been going for several generations. 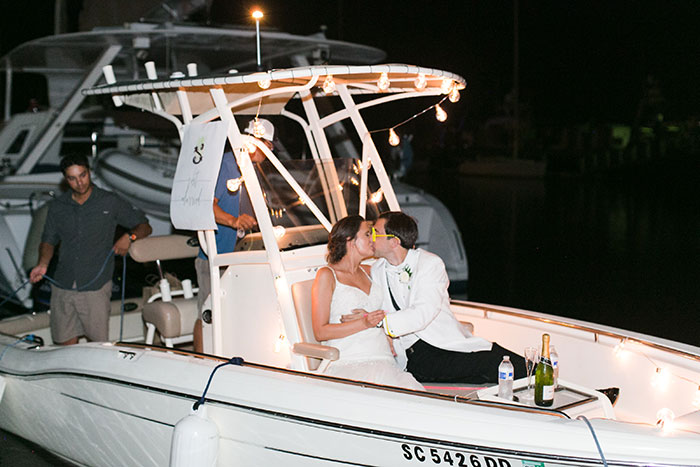