Ben and I met in 2009 at a mutual friend’s 21st birthday party in St. Louis. We were both students at the University of Missouri (Mizzou) at the time, but I was living at home in St. Louis for the summer and Ben in Columbia. We kept in touch over the summer, and when school started so did our romance. He spent the first two months "courting" me until we officially began our relationship in November of 2009.

Although we didn’t meet until 21, we’ve had mutual friends since the age of 13. We grew up just 2 minutes from each other in St. Louis, and my best friends from high school were his best friends from grade school. Same goes for college—I knew all of his friends, he knew all of mine, but we didn’t know each other. It was almost like there was some reason we weren’t supposed to meet until we did.

We’ve been in love ever since and currently live in an apartment in Kirkwood. Our wedding is set for May 10, 2014.

Ben had planned a surprise two-part date for our anniversary. I got home from work and he suggested we go take a way around our neighborhood. It was a beautiful fall day and it’s something we do often. Of course, I had no idea of his intentions and took us 2 blocks out of the way from his planned destination to look at a house I love, only prolonging his nervousness. After all, I thought we were just going for a walk! We ended up in tree-lined area of Kirkwood Park, where he got down on one knee and proposed. It was October 12, 2012.

This perfect proposal was plan B. After Ben’s first plan to take me on a hot air balloon ride was cancelled due to “high winds,” he had to quickly improvise. Plus, after the proposal he had planned for all of our friends and family to get together and celebrate at his parent’s house. 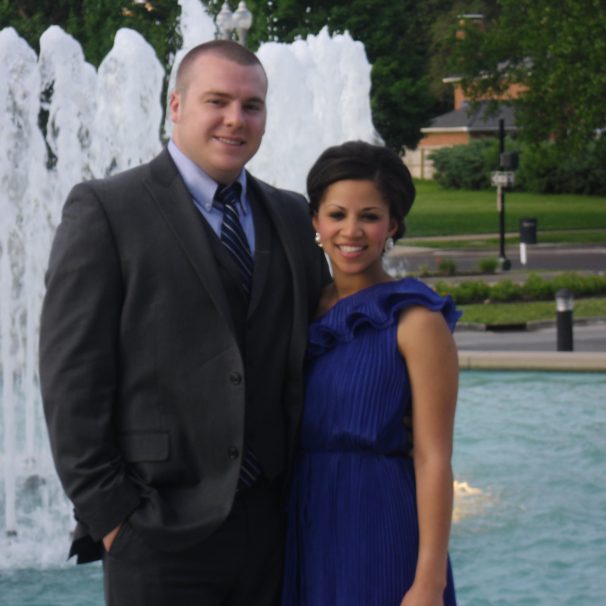 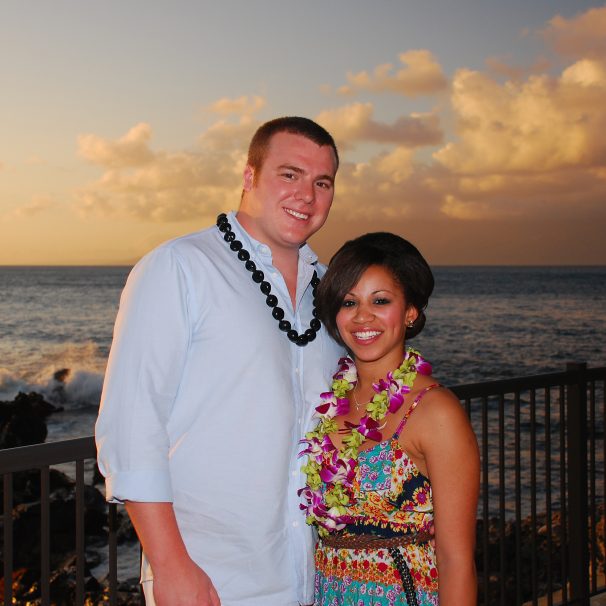 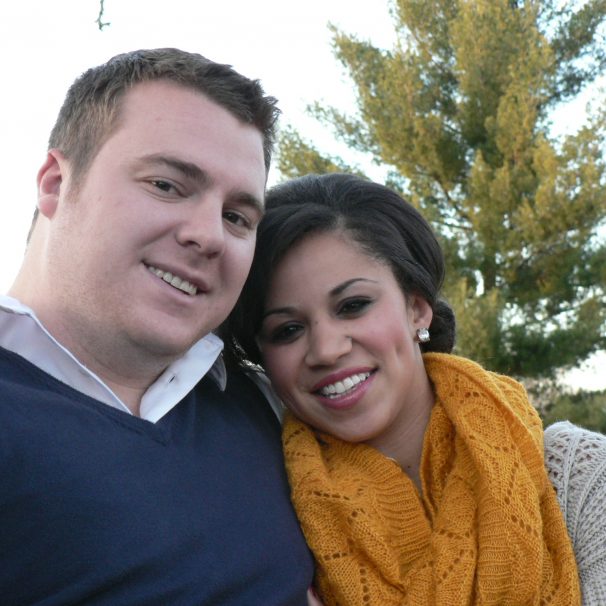