Our story is not a "meet Cute" by any means… But it’s one of our favorites to share.

We met on Halloween night at our mutual friend’s house. I was shimming through the crowd trying to see friends of mine that I had spotted across the way. As I said excuse me to get by a man dressed up as ketchup, he turned to me and was about to spray me with ketchup until I immediately rectified the situation. We then began to carry a brief conversation. I could tell he was a bit festive and had been celebrating for a while with his counter partner Mustard. Apparently they had a shtick going on with angry alter egos that I was not aware of. They were very entertaining to say the least (for about a minute), yet a little too annoying for me. So I politely said have a great evening and excused myself. To this day I can’t remember what Ketchup said to me, but all I remember is that it was incredibly rude and offensive and I made a mental note to NEVER speak to this guy again.

Fast Forward to two months later for New Year’s Eve, same party, same friend’s house . I was talking to a friend of mine when this guy comes and interrupts our conversation. My friend excused himself to go grab us drinks and I was left alone with this man. About one minute into the conversation I recognized his voice and had an immediate flashback to the Halloween party and the infamous Ketchup!! I interrupted him as he was speaking and said “I’m sorry, but were you here for Halloween?” he said he was. I then asked “were you dressed up as Ketchup?” He laughed and had confirmed. I said “You’re a Douche bag, Have a great evening!” and stormed off. He quickly followed and said “Hold on a moment, you obviously know me. I’m Andrew” We started to laugh and I began to explain what happened and he just started to laugh and explained that evening (the Shtick, the plot and drinking). I couldn’t care less, but he was entertaining to speak to while I waited for my drink. We had some witty banter going back and forth however, as I would talk to him, I realized that he would answer with a laugh or a “yeah” answer that made no sense to the question I asked him (ex… Me: “where are you from”…Ketchup: “yeah”) I asked what the matter is with him since it was clear that he was not interested in anything I had to say. He proceeded to explain that he was deaf in his right ear. Got it! The conversation was fine, but I realized my friend and drink were not coming back, so I just wanted to quickly get away and talk to my other friends. I politely excused myself and surprisingly he was polite as well, not like the last time.

As the night was coming to an end, I was saying my goodbyes to everyone and then BOOM, there was ketchup! I cringed and was trying to get away without him noticing. He asked where I was going and I told him I was leaving. He asked if we could hang out and if he could get my number… I hesitated and ran through a list of how I could get away with not giving him my number : First, I can’t say no, considering last time I just said nice talking with you but I’m going to go say hello to my other friends, and he reacted very poorly. And second, I can’t give him a fake number because we obviously keep running into each other with not just the one mutual friend, but we have about 30 mutual friends that all hang out often and going back to his poor attitude from Halloween. I was defeated and unwillingly said sure. Then I quickly remembered he was deaf in his right ear and I quickly told him my number in his that ear and gave him a pat on the back and bolted out of there.
The next day, all of our mutual friends go the same bar in the early morning (6 am early) celebrating the New Year every hour on the hour until we can’t function anymore. I didn’t make it over to the bar this particular year until noon as I was exhausted from the night before. When I arrived I quickly ordered a pizza as I was starving! Once it arrived I once again ran into Ketchup. He had not gone to bed and was hanging out all night with our friends and started drinking again at 6am… so no surprise, he was really festive at this point. He came up to me and said hi, I asked if he remembered who I was. He replied with “DON’T FLATTER YOURSELF!!” I was relieved to say the least thinking there is no way he could have remembered my number. I told him he should eat something and I graciously gave him a piece of my pizza. He took it and THREW it in my face! WHAT? WHO DOES THAT??? Ketchup does that, that’s who. Two out of the Three times I had met him he has been awful and right then and there I wrote him off.
A week later, I get a text and it was him! I was shocked, but I replied because I wanted to give him a piece of my mind. Which I did, and the conversation went on for about 30 minutes of texting back and forth of more witty banter and I realized he wasn’t that bad and we could be friends and ONLY friends. This went on for about a month until he randomly asked me to go on a date. I was extremely hesitant and told him ok but I’m only available on a Sunday and it so happened to be my sisters birthday so I knew I had an out to leave early. I made the date at 9am for breakfast, hoping he would say no! He explained that he has been trying to get me to go out with him for a month and he will take it! LUCKY ME! The morning comes and I tell my roommate, “I’ll be home in 45 minutes”. I came home 4 hours later.

Never in a million years did I EVER think I would ever start to like this guy, let alone LOVE this guy, and definitely not MARRY this guy! Andrew is the one I have been waiting for all of my life. We are perfect for each other and I could never see myself with anyone else. Till this day he is still in my phone as “Loveable Asshole”.

I couldn’t sleep the night before and woke up bright and early (4am.. ouch!) One would think that I would have had all of the time in the world to get ready and dolled up for the work day ahead of me… WRONG! I didn’t do my hair, makeup, and barely got dressed. I rode my bike to work and it was particularly hot this day (in the dead of summer, Friday, July 20th to be exact), so you can imagine the glistening glow I had.

Before I left for work I told Andrew that I would be home early as I need a nap! Needless to say, I was GOING to come home at 2PM but instead I ended up going out for drinks with co-workers in the early afternoon. Andrew kept texting and calling me to see where I was as we supposedly had plans for a happy hour date night. Around 6PM I got on my bike a rode home as quickly as I could. Being a little tipsy and excessively sweating, I finally arrived home.

A little back story before we get to the gushy part…. We live above our garage and Andrew works from home. So he always knows when I arrive. So when I open the door, he likes to jump out and scare me and it never failed! However as time went on I realized to open the door first and not go in the house until after he does his little act to subside my fright. Also, he has "faked" proposed to me on two other occasions in the past. What do I mean by that you ask? When I was turned around or had least expect it he got on his knee, found an empty ring box and put candy wrappers in it before he asked for my hand in marriage. I found it to be funny, surprisingly.

Ok, so back on track to the proposal….. I open the garage to put my bike inside, wipe the sweat off my face and head up the stairs. I open the door and walk away while I got the mail. As I finally go to step into the house, I saw Andrew was on his knee in the doorway. Needless to say I thought he was going to lunge at me as a new scaring tactic, so I laughed. Then I notice he wasn’t moving and had a strange look on his face, half serious and half nervous smiling. Then I realized he had a ring box and of course I thought he was joking once more, which I told him that this wasn’t funny anymore… which he in return said “look” and I actually saw a ring. I started to nervously laugh and kept repeating “are you serious?” Which then turned into a Screaming, Crying “ARE YOU SERIOUS?” as he finally said the words I have been dying to hear “I love you so much, will you marry me?” (also, “can I get up off the floor now? My knee is hurting” lol). I jumped up and said YES! He then enthusiastically said, “ AND we’re going to Vegas to celebrate”. I immediately stopped crying and smiling and had to make sure to ask “Not to get married right, just to go celebrate?” He laughed so hard and assured me that it was strictly a celebratory weekend getaway and that I had an hour until we had to leave for the airport. No wonder he kept calling and texting me to come home.

He is the love of my life and I couldn’t have asked for a better way for him to propose. IT WAS PERFECTION!!! 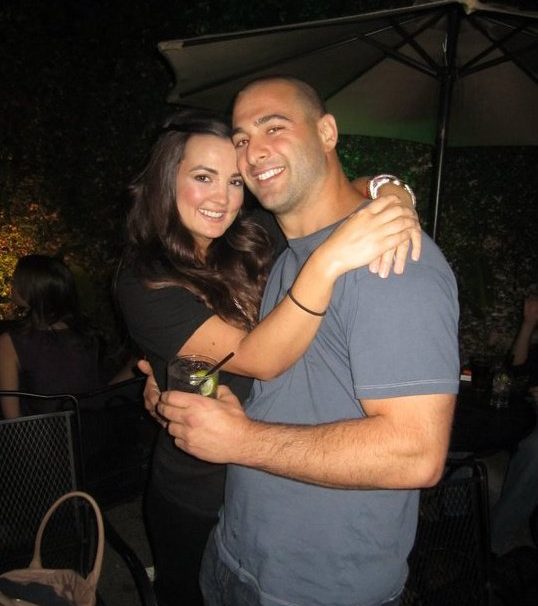 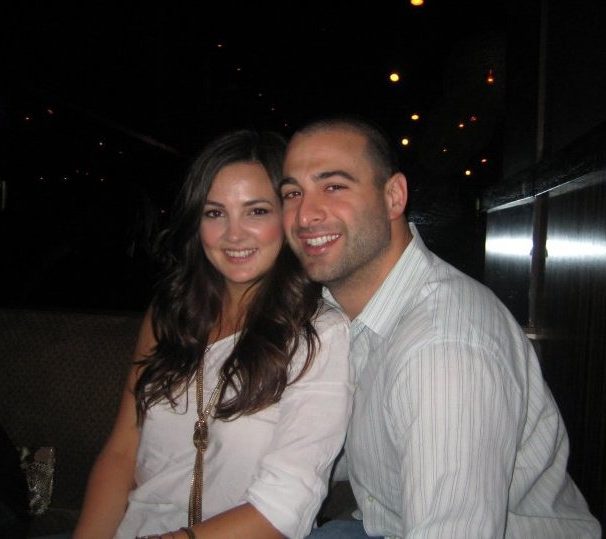 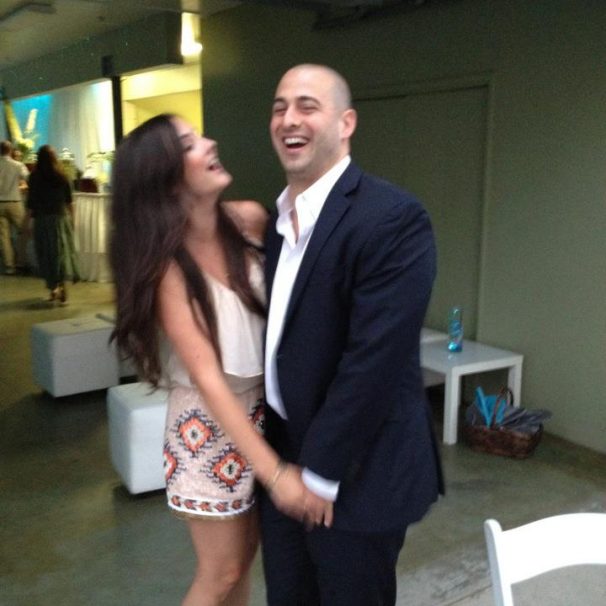 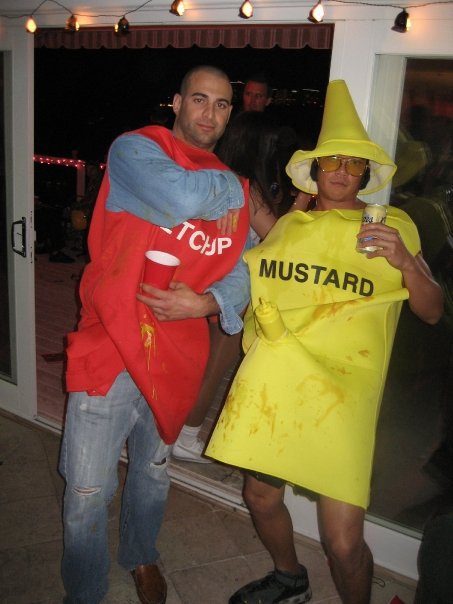 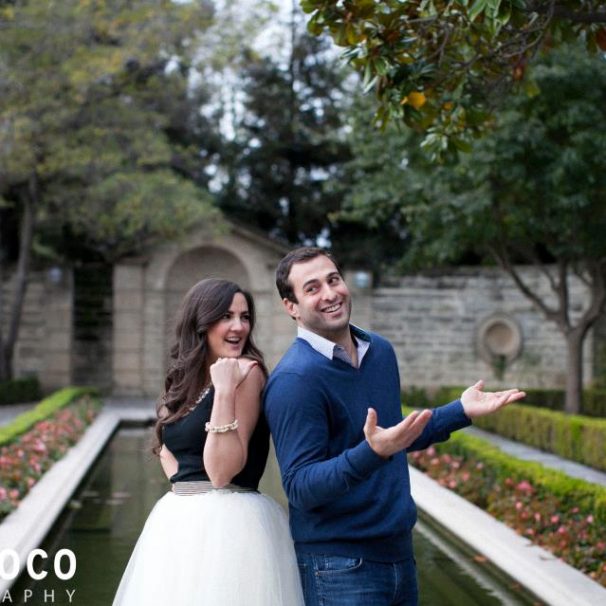