It was the spring semester of 2004 – Jennifer’s freshman year and Kevin’s sophomore year – when sitting in an ordinary, cold classroom in McCarthy Hall at California State University, Fullerton, Jennifer first laid eyes on Kevin.

The actual story according to Jennifer is that she thought Kevin was oh-so-dreamy and whenever he’d saunter into class, she’d perk up just a little hoping to catch his eye. Kevin’s eyes, however, quickly passed over Jennifer, for according to Kevin she was always bundled up in a sweater (“even on hot days!” he complained later, to which she argued “it was always so cold in there!”).

Jennifer, a first year member of Alpha Chi Omega sorority, soon noticed that Kevin was a member of Pi Kappa Phi, the fraternity that happened to be paired with her sorority for that year’s Greek Week event in April, although his dashing good looks were a bit diminished with his enthusiastically competitive Mohawk. (okay, she kinda liked it!)

Later that week, Jennifer bumped into Kevin on campus while he was campaigning for student office.

A little bit in shock at the name he gave so nonchalantly but secretly happy that cute fraternity guy was chatting her up, Jennifer wondered what kind of jerk gives a girl the wrong name. Wrong phone numbers, sure, but the wrong name? Wow, college guys really step it up a notch! (Jennifer did eventually learn the truth about the name mix-up: her sorority sister had been talking with Kevin when Jennifer spotted them but they were very quickly joined by Kevin’s roommate, Johnny, and Kevin then walked away. Thus, she had been standing with Johnny when the crucial text message had arrived.)

Kevin explained to Jennifer that while he’d been visiting their professor, Dr. Knott, during his office hours to study and go over material, he was wondering if she would consider studying with him for an upcoming test. Jennifer agreed (not confessing quite yet that she actually found geology to be interesting and, in fact, used to collect rocks as a child). It wasn’t more than a few days later that Kevin was knocking on the Steinharts’ front door answering questions from Mr. Steinhart about his intentions and devouring baked goodies made by Mrs. Steinhart.

With all the time Jennifer and Kevin spent studying together, they probably should have received A’s, but their chapter reviews and vocabulary memorization gave way quickly to long conversations about life, faith, family, and love. Feeling butterflies in her stomach but also very comfortable around him, Jennifer surprised herself when she asked Kevin to take her to her sorority’s spring formal, in just a few short weeks. She was shocked yet again when Kevin replied, “Can I get back to you about it?” Huh. College guys.

Later agreeing to take her to the formal, Jennifer wondered if it was as friends or if he, too, was interested in her. Getting ready with mutual friends just before the formal, Jennifer thought she had her answer when Kevin was nowhere to be found. Asking around, a few people mentioned seeing him leave. Just when Jennifer was about to write him off for good, Kevin gallantly reappeared with flowers in hand.

And that’s the story of the beginning – how Jennifer, a girl who used to collect rocks as a kid, now finds herself with a rock on her finger, tying the knot with her best friend Kevin, the cute college fraternity guy from Dr. Knott’s geology class.

Kevin and I were in Havasu with my family for the 4th of July weekend. Between trips with mutual friends or, as it was this time, with my nieces and nephews excited to go on “Aunt Jenny and Uncle Kevin’s boat,” it’s not often that we find ourselves alone on his boat. Sunday afternoon on July 5, Kevin managed to get us some alone time on the lake but we needed to leave soon to get home at a reasonable time so he said we’d just take a quick trip through the London Bridge Channel and then head back in. On the way to the channel, Kevin was acting flustered, mumbling something about the engine (this did not tip me off in any way because he’s been known to roll down the windows in his truck to investigate some mysterious sound he thought he heard) so he pulled the boat into a little cove that coincidentally had a beautiful little lighthouse (note: this should have tipped me off due to our shared fondness of lighthouses, but alas, I was none the wiser). Kevin threw a few life jackets on the ground and got on his knee pretending to open the engine compartment where, unbeknownst to me, he had hidden the ring box. I turned around, saw him smiling nervously and my heart raced. It was perfect! Kevin proposed and we hugged and kissed and it wasn’t until I had the beautiful diamond ring on my hand that I squealed “Oh my gosh! I just got engaged in a bikini!!” 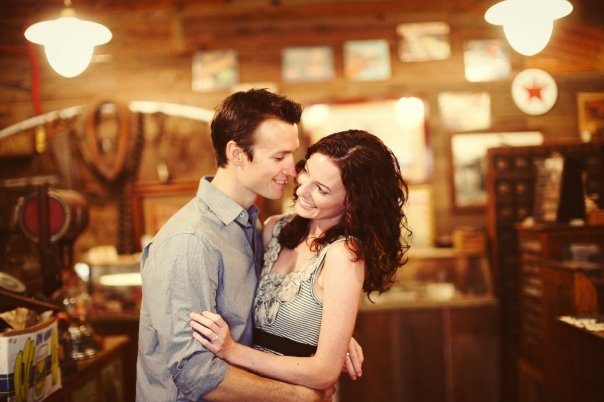 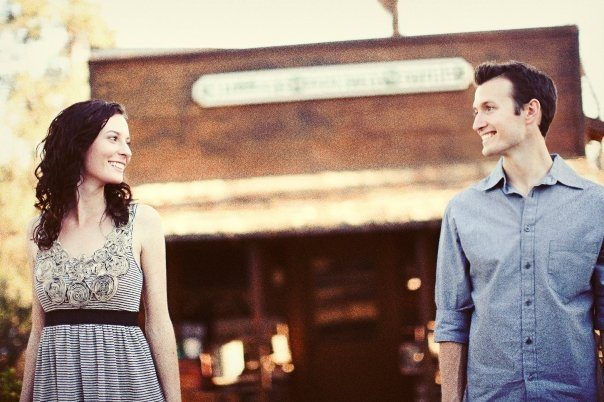 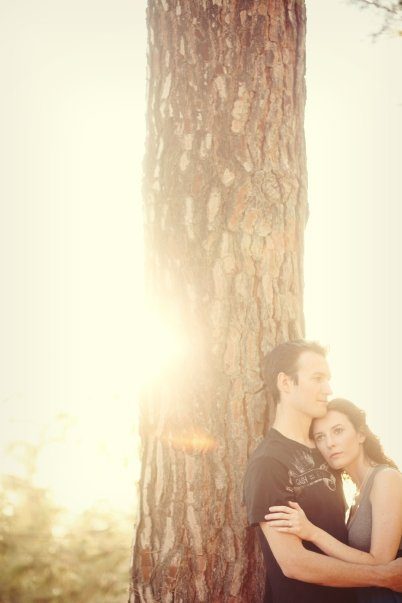 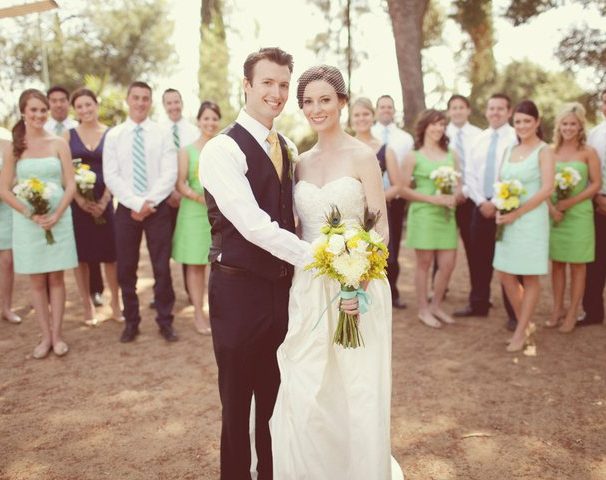 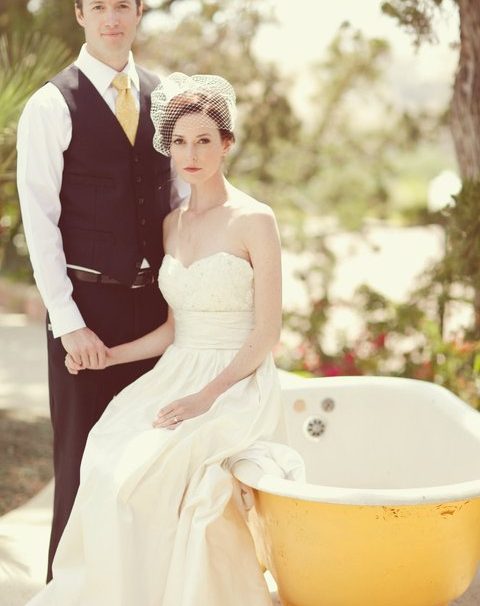