The bride is Canadian and the groom’s an Irishman who was living in Chicago when the couple dated long distance after meeting in Jamaica. Did you get all that? If not, NBD, because the gorgeousness of their wedding will melt your brain anyway. The event was black tie, the hotel was a castle, the dress was a slinky glam number by Karen Willis Holme and the entire thing was photographed to perfection by Brosnan Photographic. 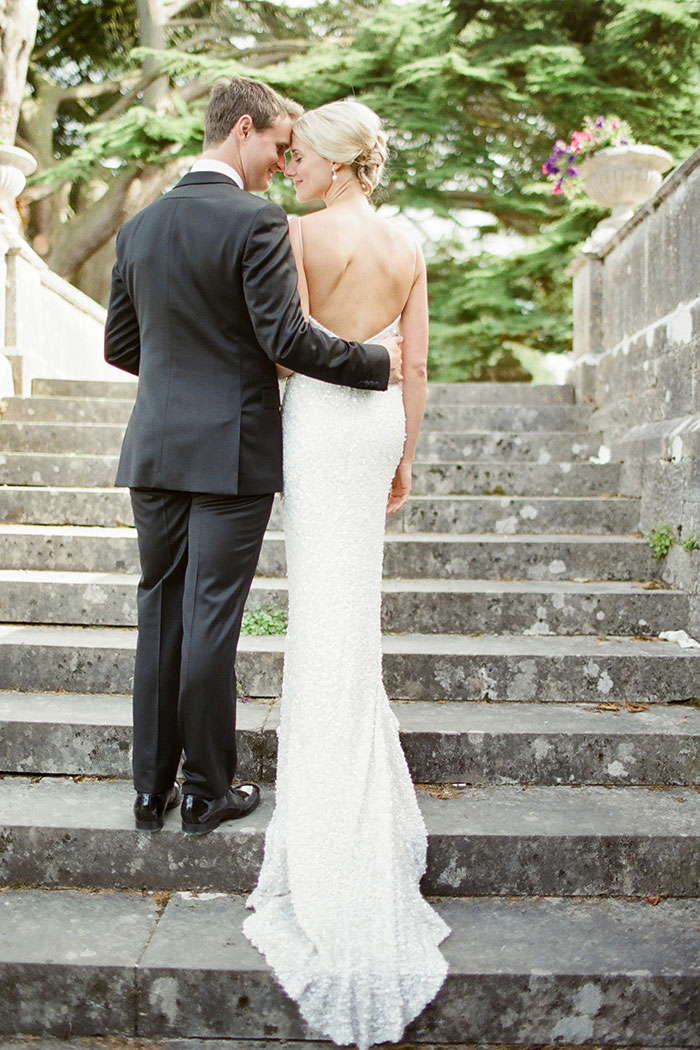 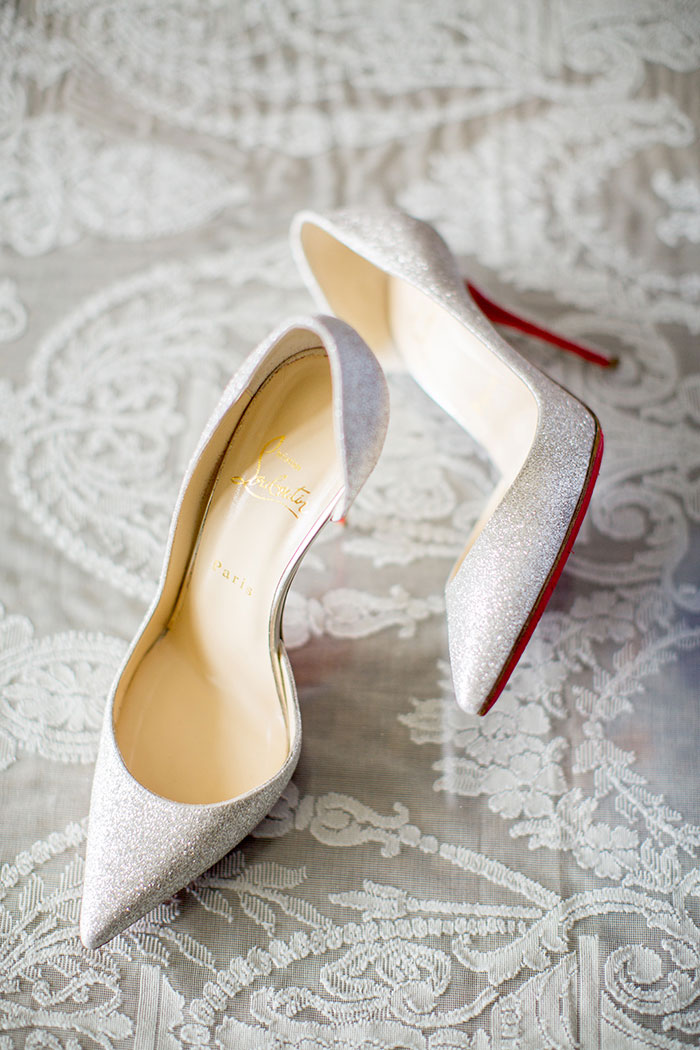 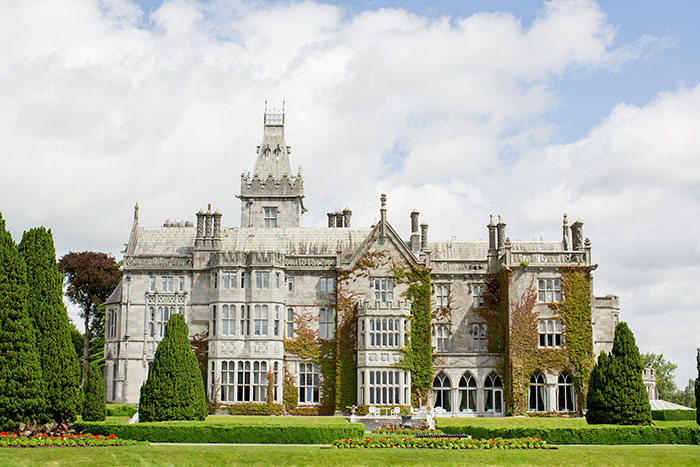 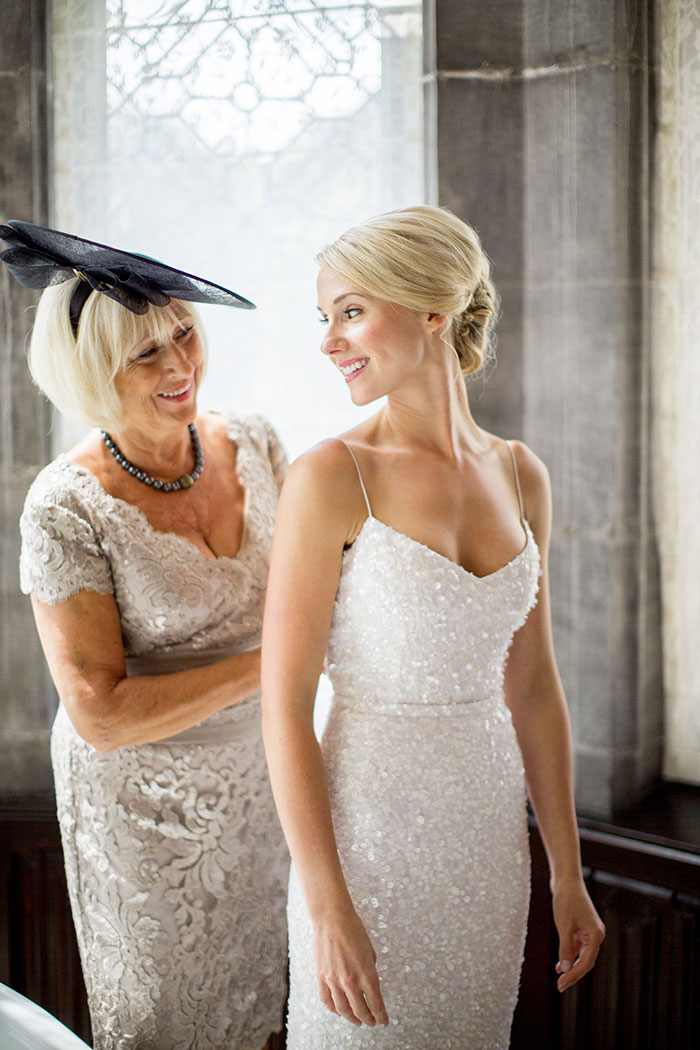 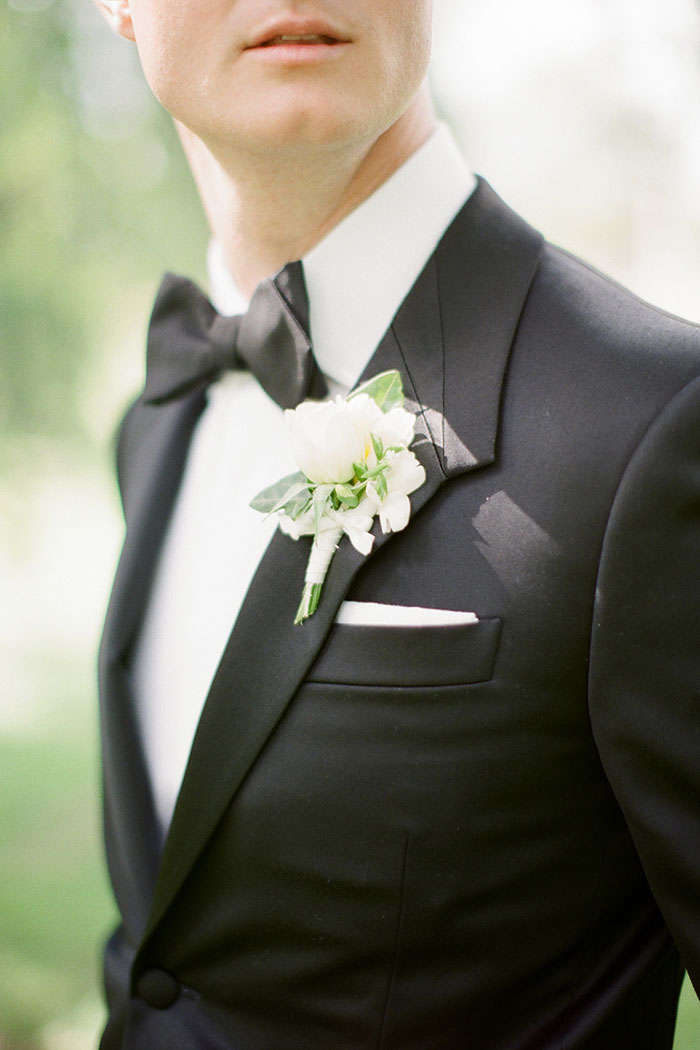 We met 10 years ago on holiday in Jamaica! I am Canadian and was living in Toronto at the time; Andy is from Ireland and was studying for the year in Chicago. We were both holidaying with friends in Jamaica (during spring break) and just happened to be staying at the same resort. We had a few fun nights out as a group and, at the end of the holiday, we invited the boys to Toronto to visit us. That is really when our relationship started. We did some trips back and forth between Toronto and Chicago, and then Andy moved back to Ireland… and a year later I followed him! We now live in London. Andy proposed just before Christmas and we were going our separate ways for the holidays that year – me to my family in Canada and Andy to his family in Ireland. On the night he asked me to marry him, we were having our last romantic evening together, watching carol singers at Royal Albert Hall, a nice dinner, etc. We were back home and having a glass of wine by the fire, opening our gifts to each other when he said ‘I have another gift for you’ and out popped a stunning yellow diamond ring! 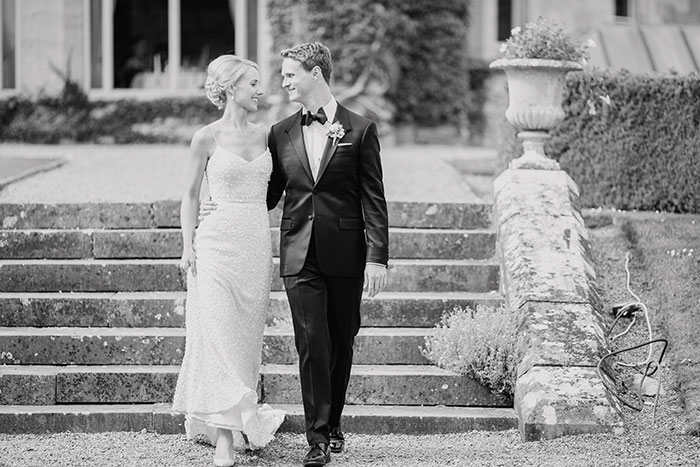 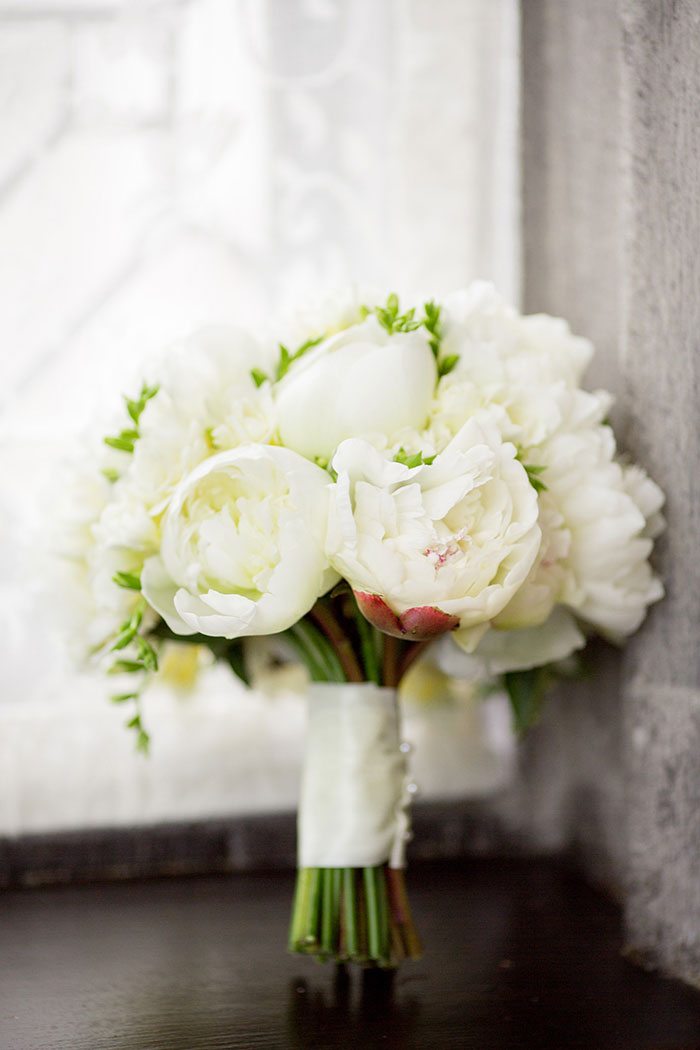 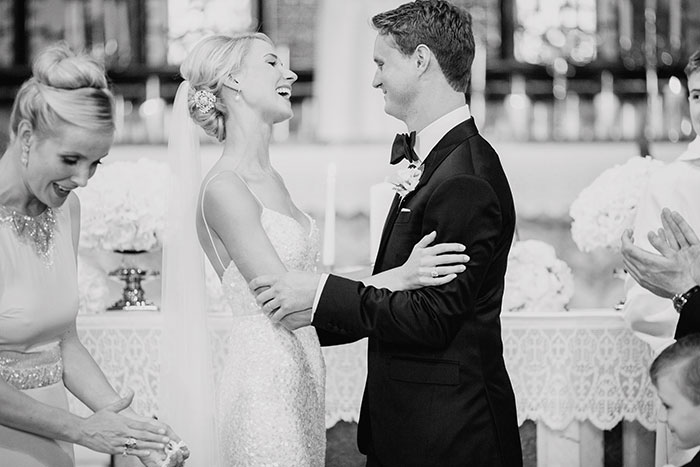 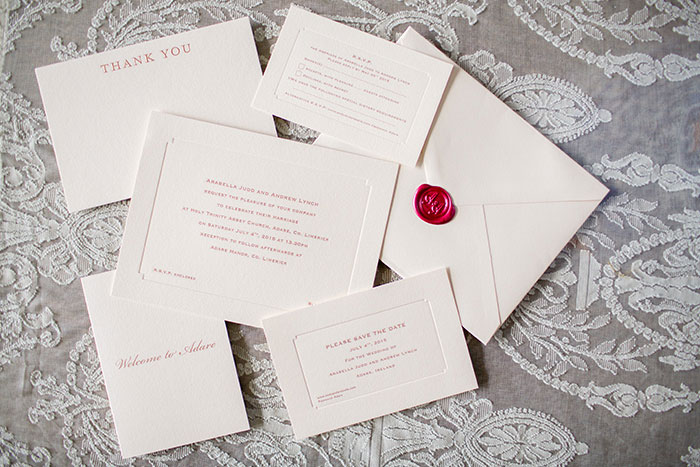 Initially, we weren’t sure if we would get married in Ireland or somewhere abroad; I desperately wanted to get married somewhere sunny and warm (which Ireland tends not to guarantee)! During a trip back to Ireland to visit Andy’s family, we visited at a few venues. The 3rd venue we visited was Adare Manor in County Limerick, which is close to where Andy’s father grew up and where his grandfather still lives. Notwithstanding its proximity to Andy’s family, I had never actually visited the Manor before; however, the minute we drove in the gates I fell in love with the place (which made Andy very happy) and choosing it as our wedding venue was unquestionably one of the very best decisions we made. The venue is a beautiful manor house with special meaning for Andy. What made it even more special was the genuine warmth and professionalism of the staff at Adare Manor – they took care of absolutely everything (with expert execution), which meant that we could focus one hundred per cent on enjoying our special day with our family and friends. 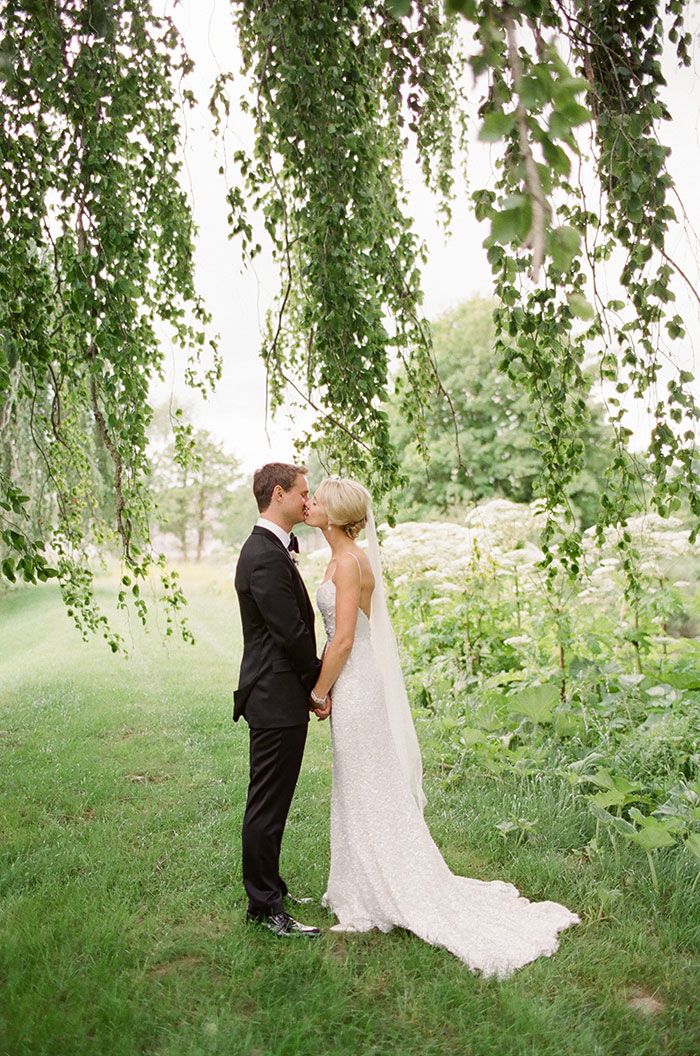 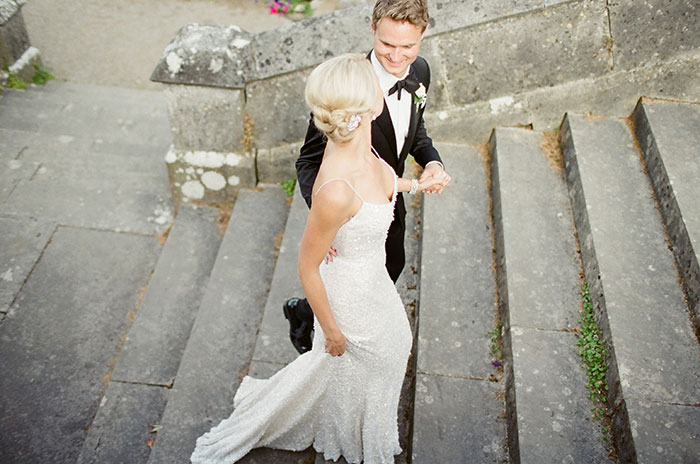 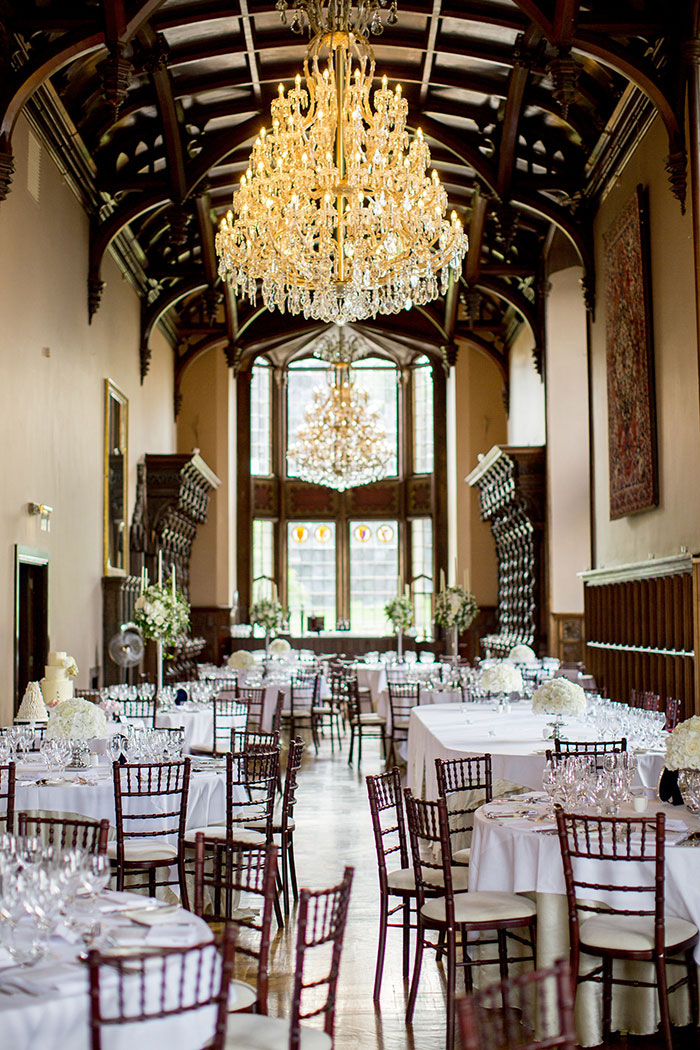 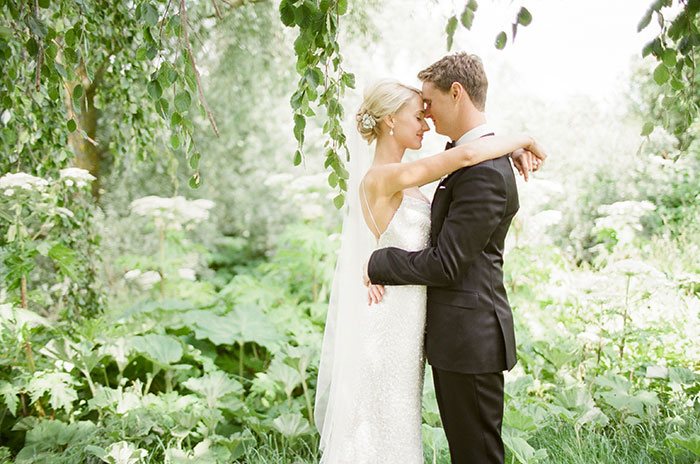 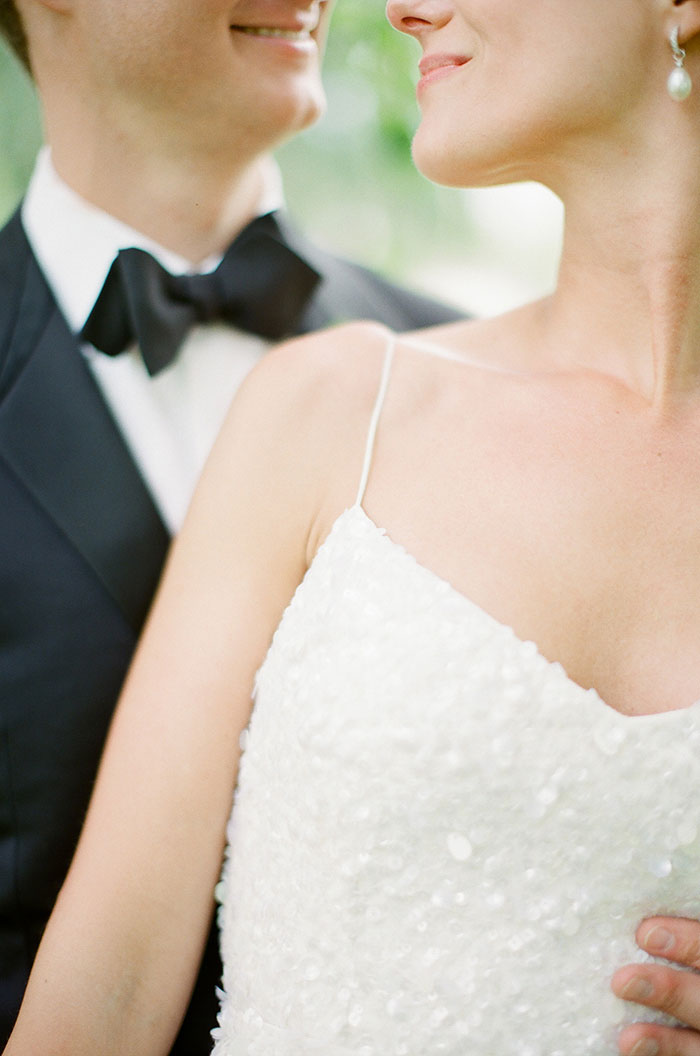 I had an idea in my head of the type of dress I wanted; a simple satin gown with a low back. I found a dress that fit the bill, subject to one or two alterations that I wanted to make, however myself and the designer had some artistic differences as to how those alterations should look! I ended up looking elsewhere to find the same dress and just happened upon a completely different dress and design – still simple, but full of sequins. To me, it was stunning. That said, I still wasn’t 100% sure it was truly “me” because it was a step away from what I originally had in mind, so I made one or two more visits to the boutique where my sister and mom added their respective endorsements via facetime while a friend steadily held my iPad. 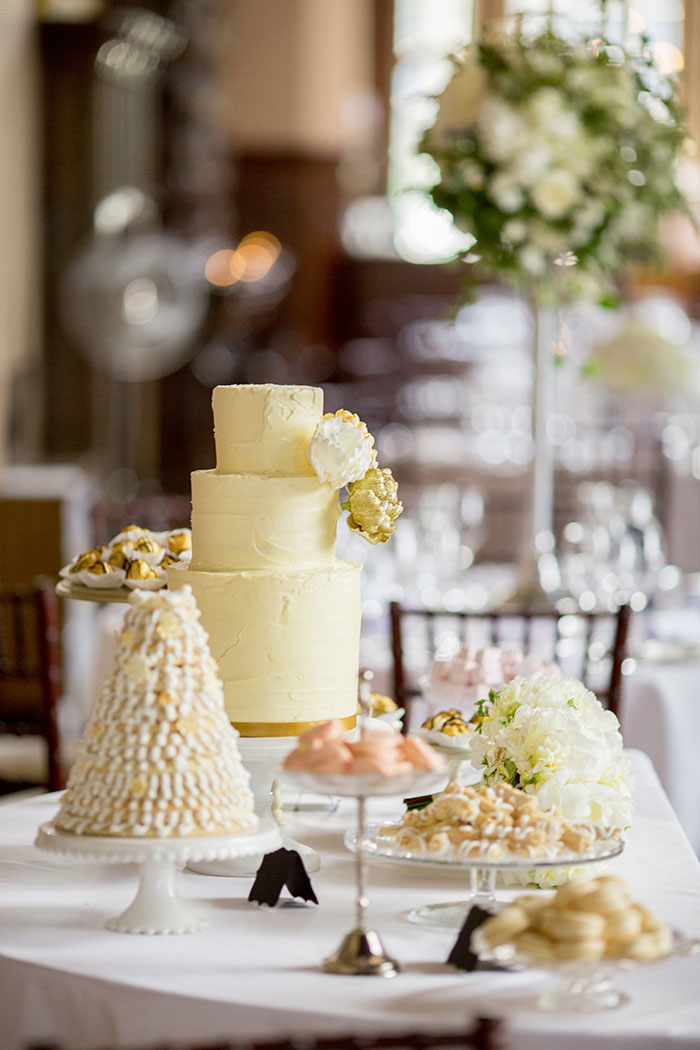 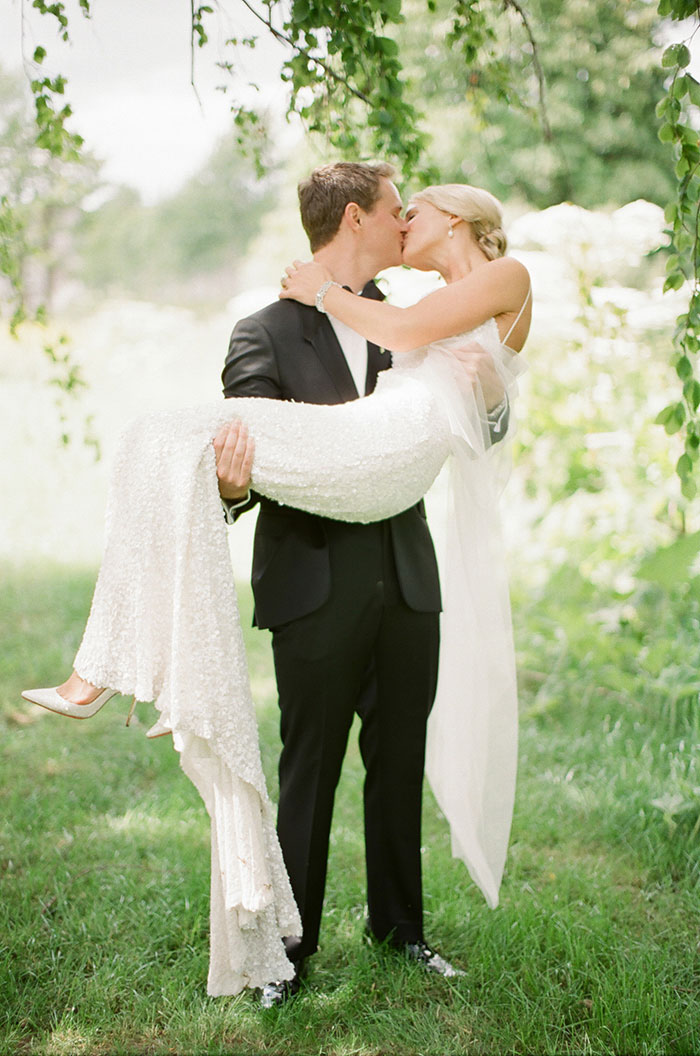 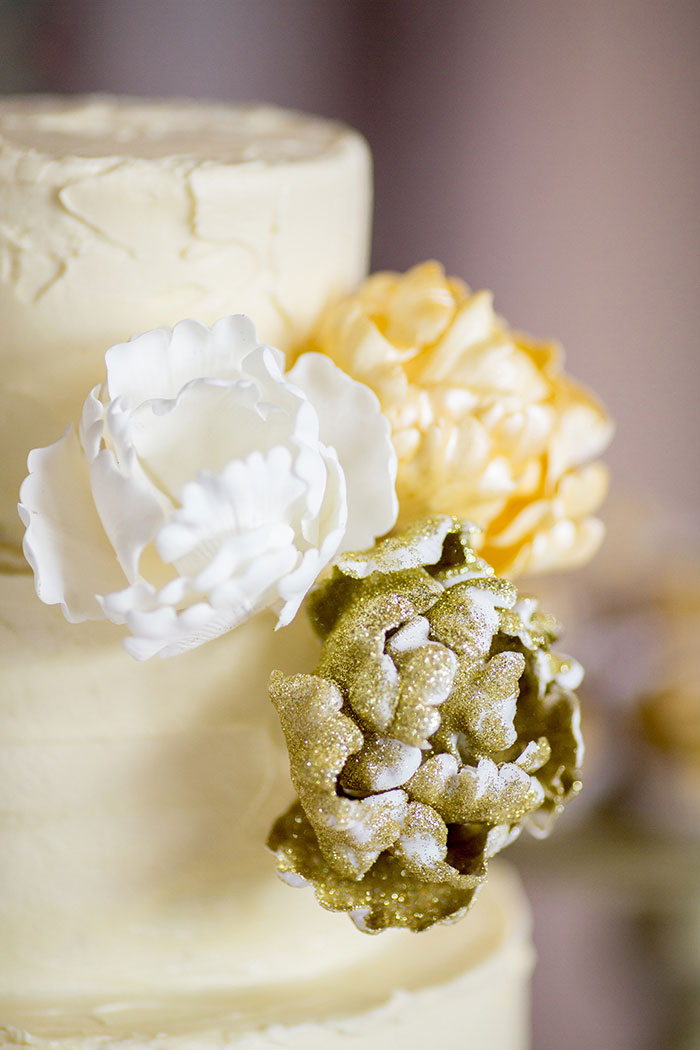 We were really focused on (i) filling in the inevitable downtime during the wedding day, (ii) showing our foreign guests the best of Ireland (as we perceive it) and (iii) enabling our friends and family to spend at least a little bit of time with both of us. An example of our personal stamp (literally!) on our wedding was our stationery and invites, which were closed with a wax seal containing our initials. For me, it added a detail to our invitations which helped set the tone of our wedding which was black tie and the hotel was a castle. To fill in the down time during the day, we had an ice-cream van waiting outside the church so that our guests could have a treat as they made their way to the reception. Adare Manor has a fantastic team of events people, so we had them organize a falconry display during the drinks reception outside (which took place while we were off having our photographs taken). Andy is really into music, which we used to set the mood for the day. We had a choir perform in the church and a solo guitarist perform during the drinks reception. We then had Irish music and dancing after dinner before the main musical event, which was a great Irish 80’s tribute band. For the late night cellar bar, we had a live guitarist / vocalist and pianist who could handle the crowd requests. My mom is Norwegian, so we had a dessert table with a traditional Norwegian festive cake alongside a more traditional wedding cake. We also had a shot of traditional Norwegian Aquavit during the starter. Lastly, we held a BBQ the next day, which was a great way to get together with friends and family again and digest the wedding day events, particularly as many of them had traveled from abroad. 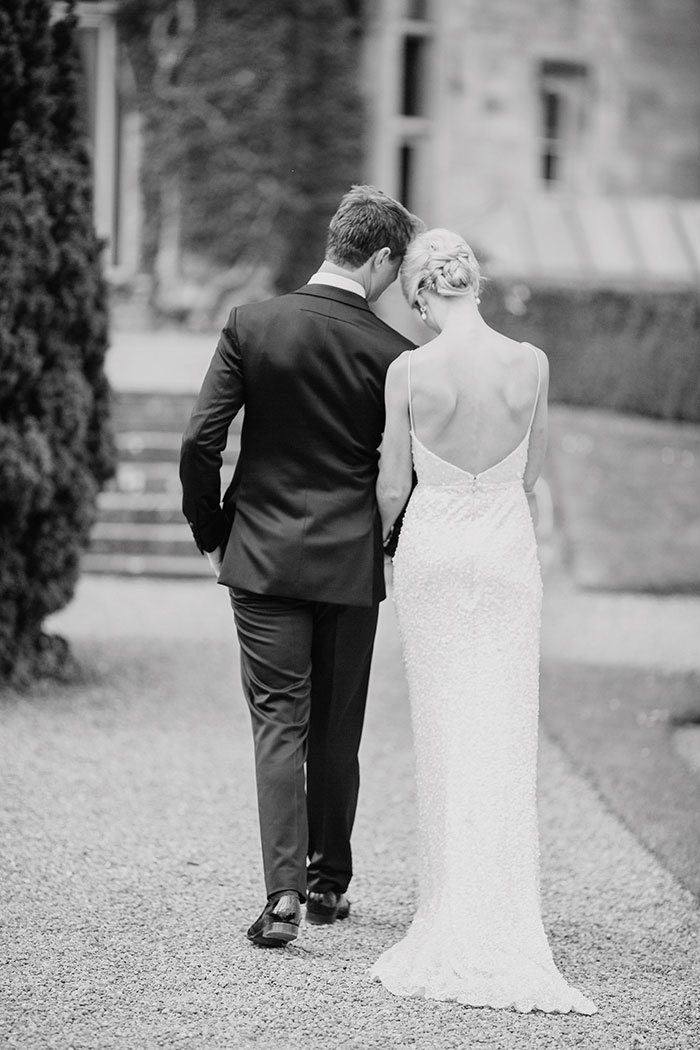 The one moment I keep replaying in my head was in the church, after we said our vows, and sealed them with a kiss. We were sitting quietly while the priest was speaking. Andy reached over and held my hand and I could feel his wedding ring. I was completely calm throughout the morning, the walk up the aisle, saying our vows but that moment when it felt like us alone, holding hands and those rings in our fingers it all came rushing forward – it made me smile so hard I had tears in my eyes.