Alex and Drew had no doubt High Lonesome Barn at Devil’s Thumb Ranch was their perfect wedding venue—Drew was scoping it out before they were even engaged. The Colorado location played an important role in Alex’s childhood and inviting all their friends and family to there to celebrate their nuptials was a must. Calluna Events planned a day filled with voluminous lavender-hued florals and cascading greens by Cori Cook Floral Design, periwinkle paper goods by Whimsy Design Studio and personalized rustic details throughout. Jamee Photography was behind the lens and captured all the beautiful moments in these stunning images. 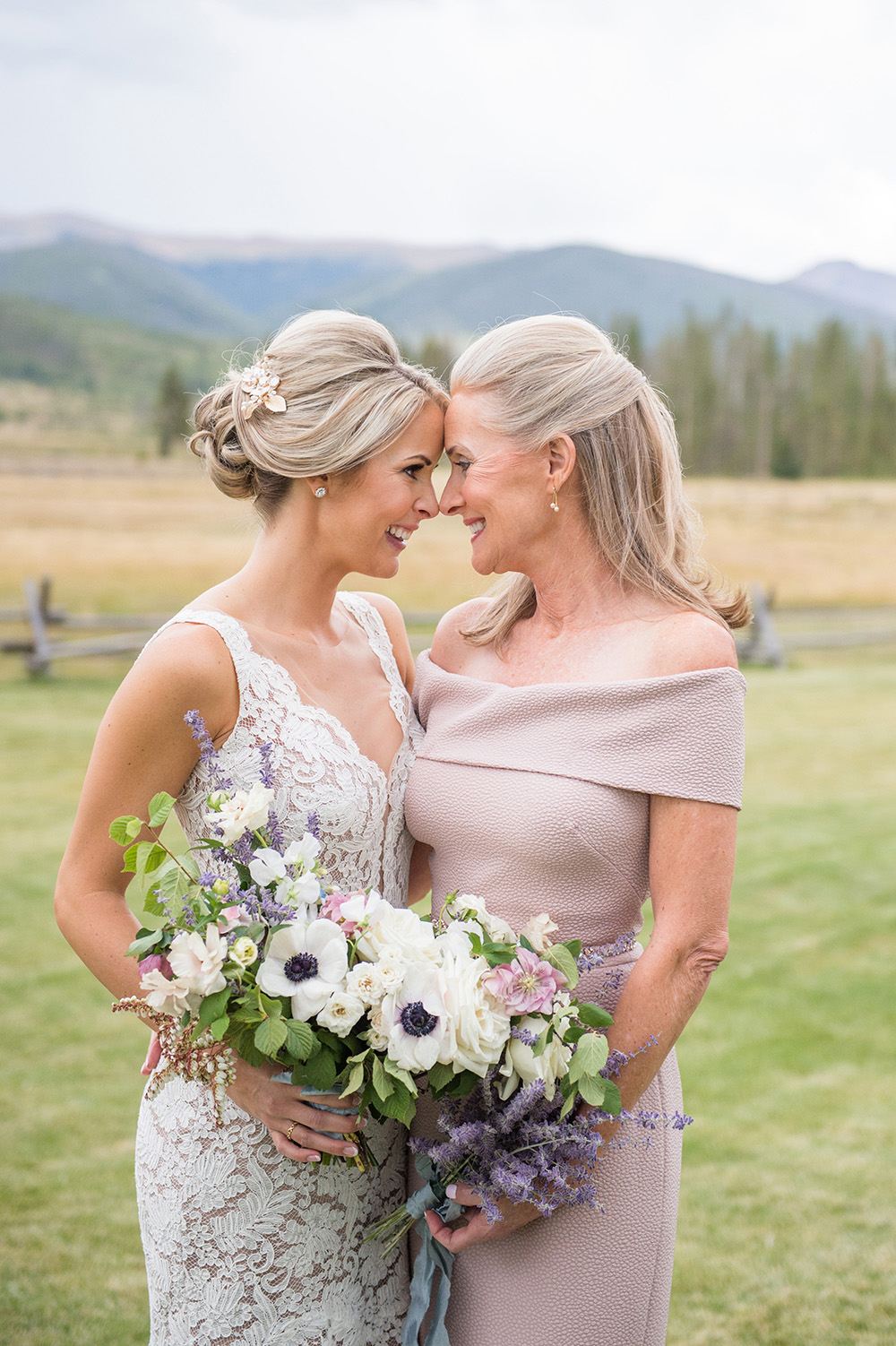 I grew up going to Devil’s Thumb Ranch. It is just down the street from the home my grandparents built in Granby, CO, after my Grandfather became sick and could no longer travel. They built it with the hope that family and friends would use it to visit them and it would be a place to gather and celebrate. Devil’s Thumb was always a place that served for special occasions and beautiful, nearby hikes. It became equally special to my husband, Drew. We love hiking around the area and ending the day with a glass of wine on the restaurant’s deck. Before we were even engaged, Drew had already reached out to DTR to see what dates they had open for summer 2019. He knew that it was the only option. We did not look at any other venues and had Devil’s Thumb locked in for Labor Day just two days after our engagement. Having all of our family and friends in a place that is so special to us and being able to share that with them was incredible! 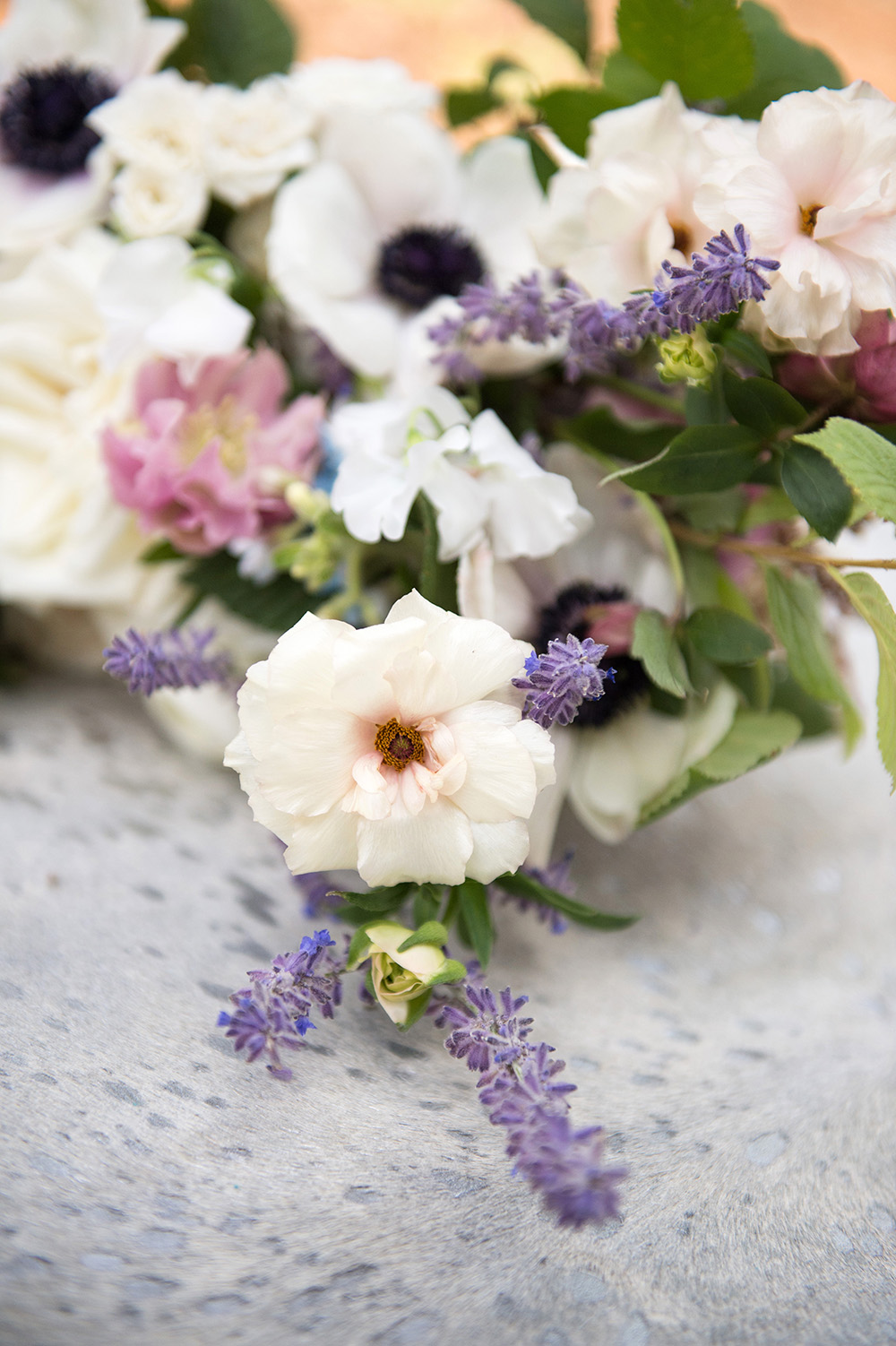 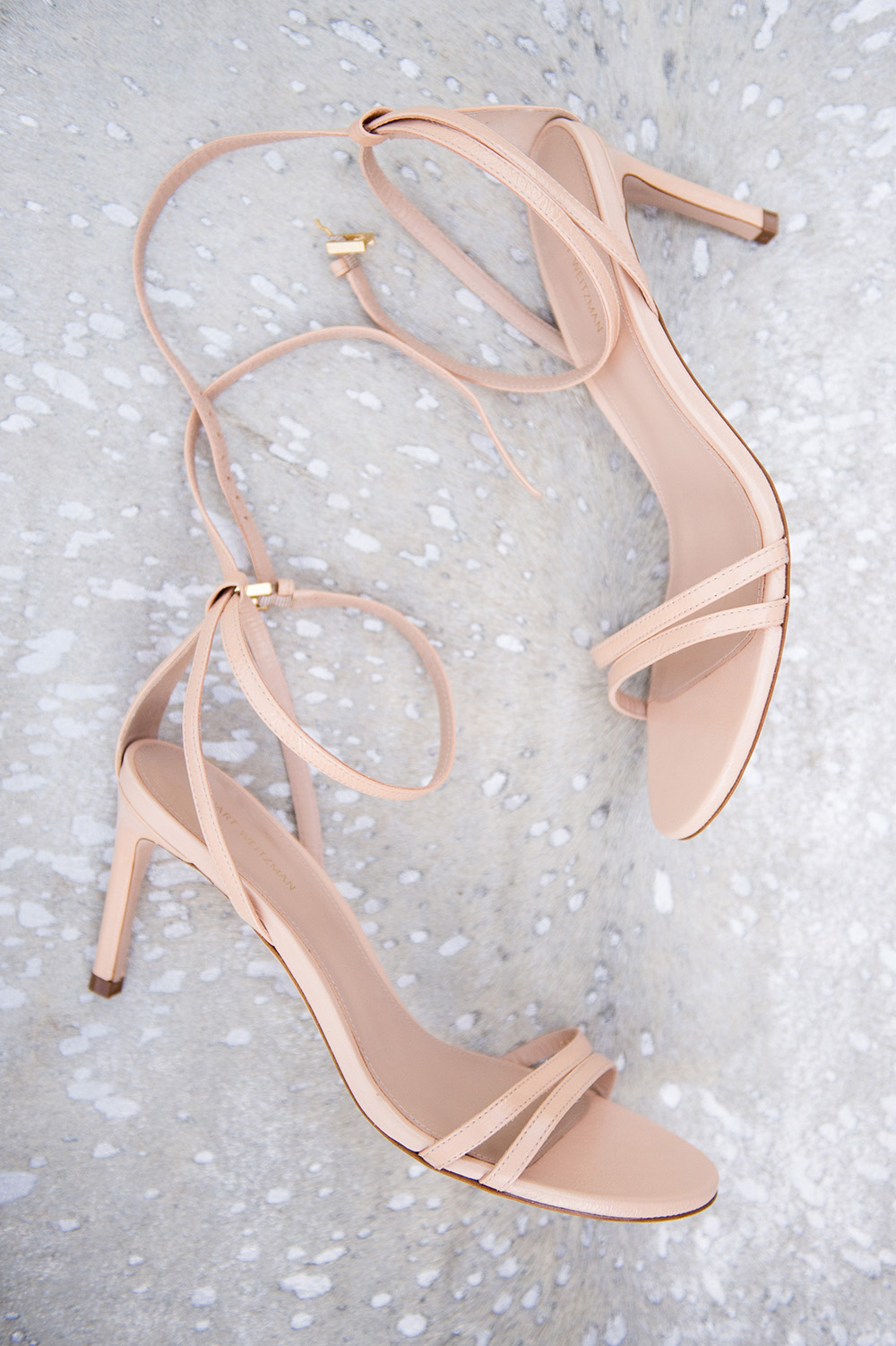 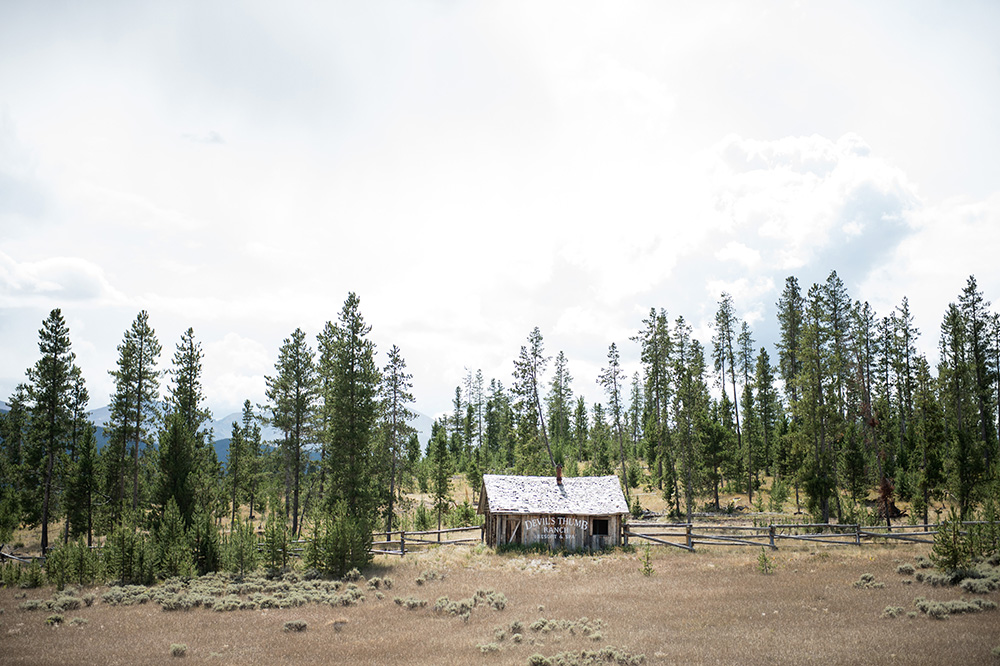 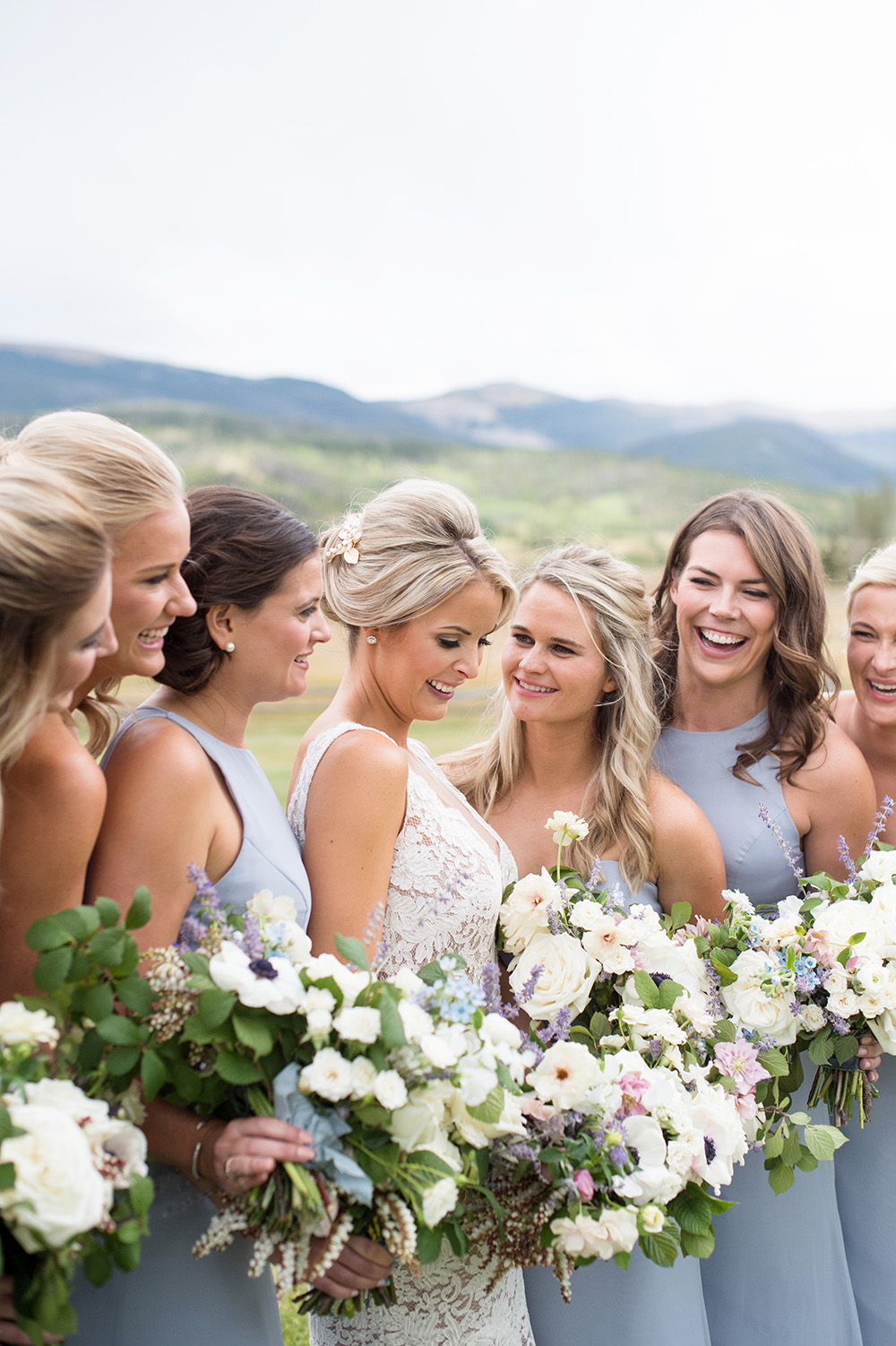 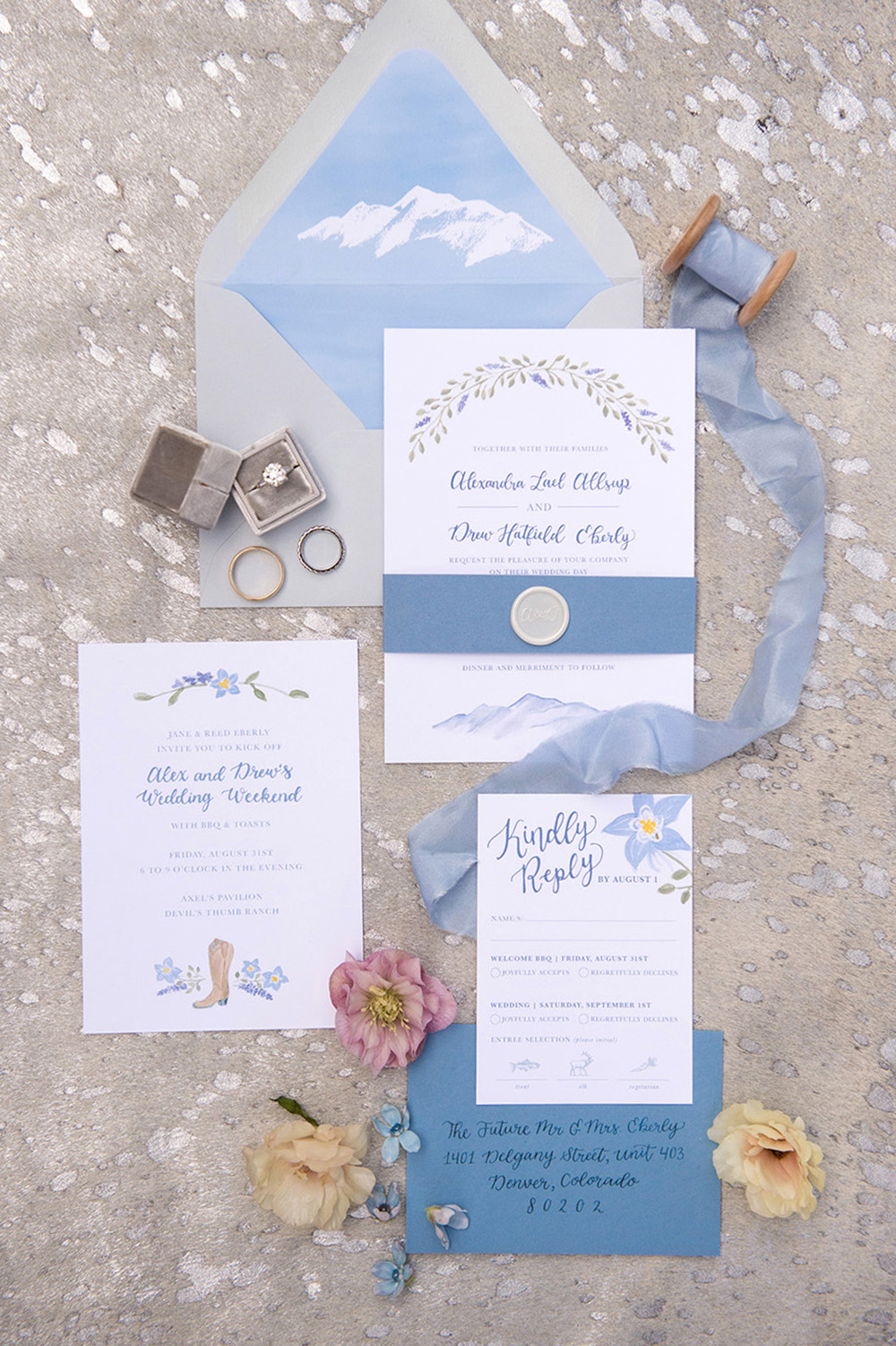 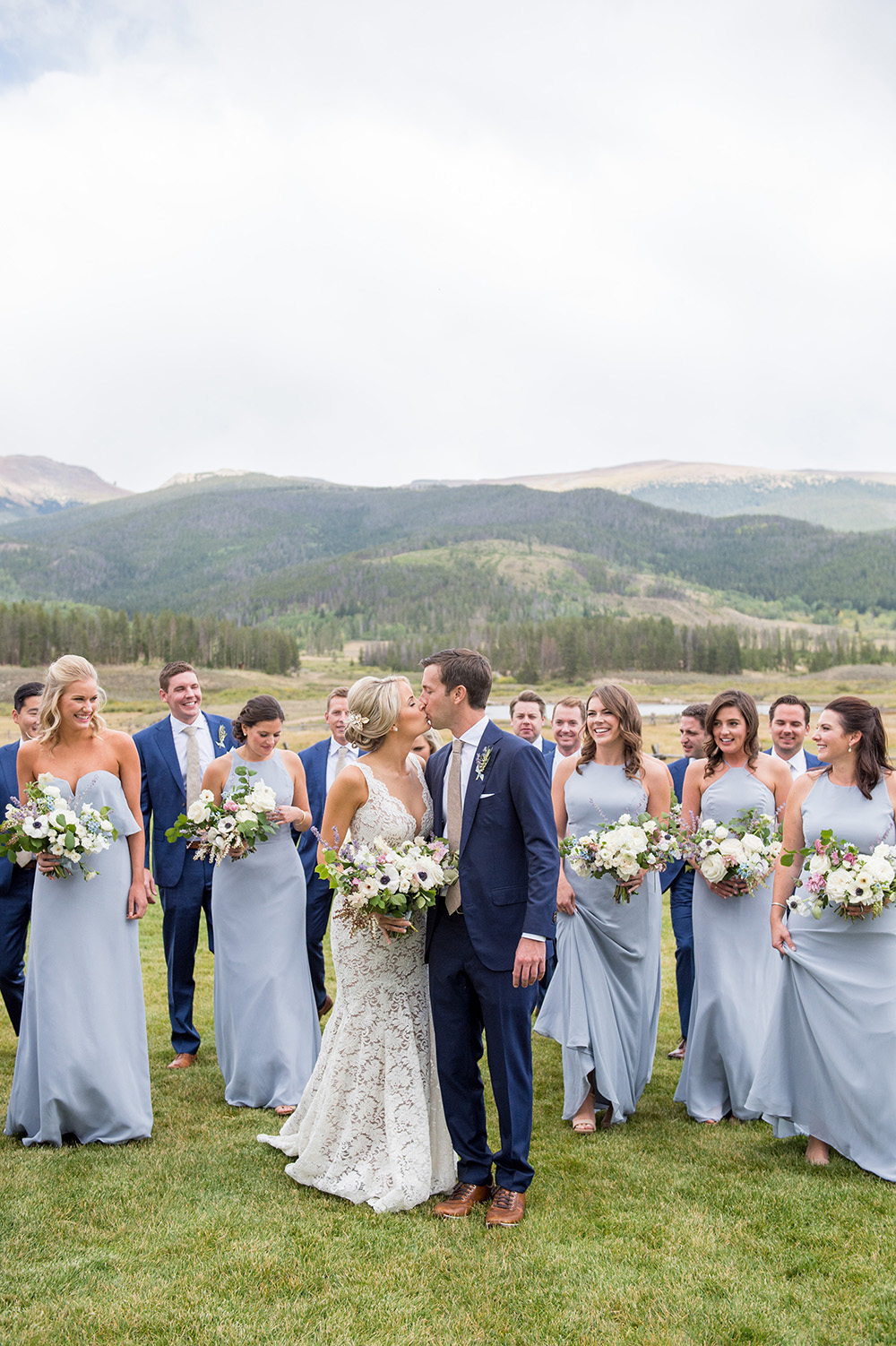 The gown is Romona Keveza. I found it at Felice Bridal. It was the last dress I tried on there. I was deciding between two strapless gowns but something just did not feel right. The associate said there was one dress that they had just gotten in that day and she still had not seen it on anyone. It was the same as one of the strapless gowns I had tried on, but in a different cut that I had been liking on other dresses. I put it on and knew it was the one. I love that dress SO much! 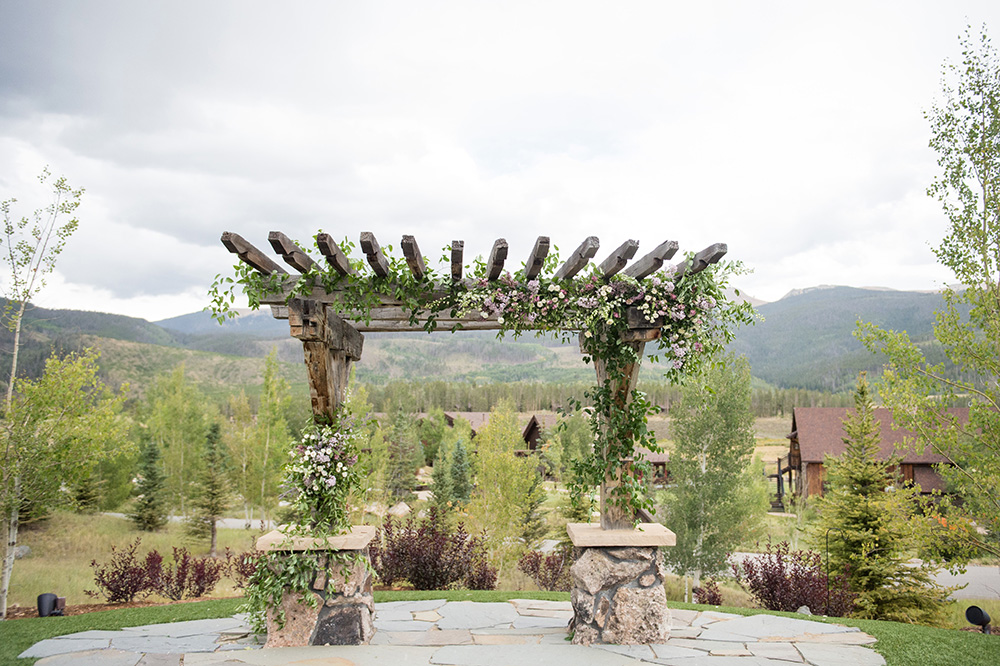 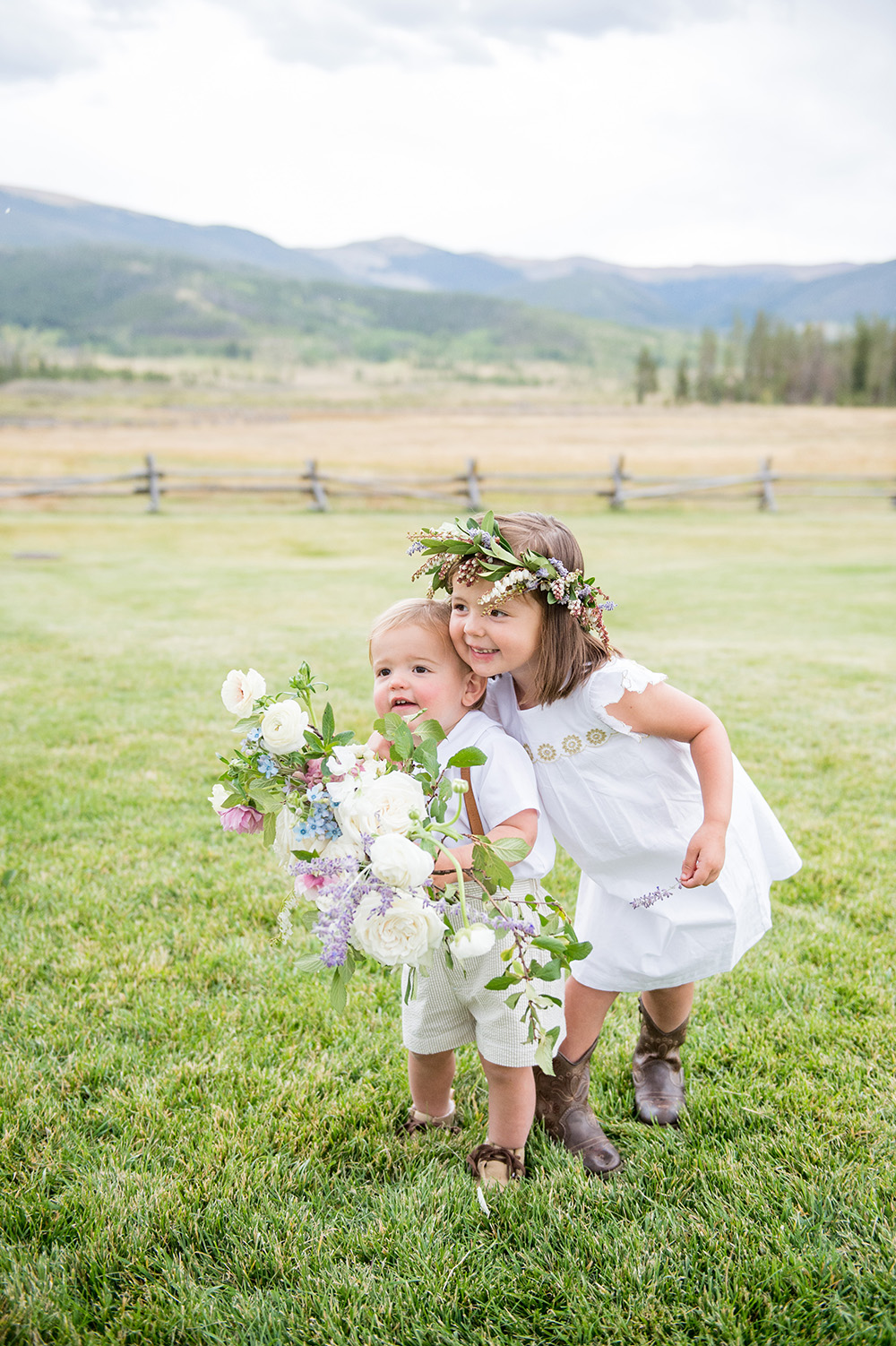 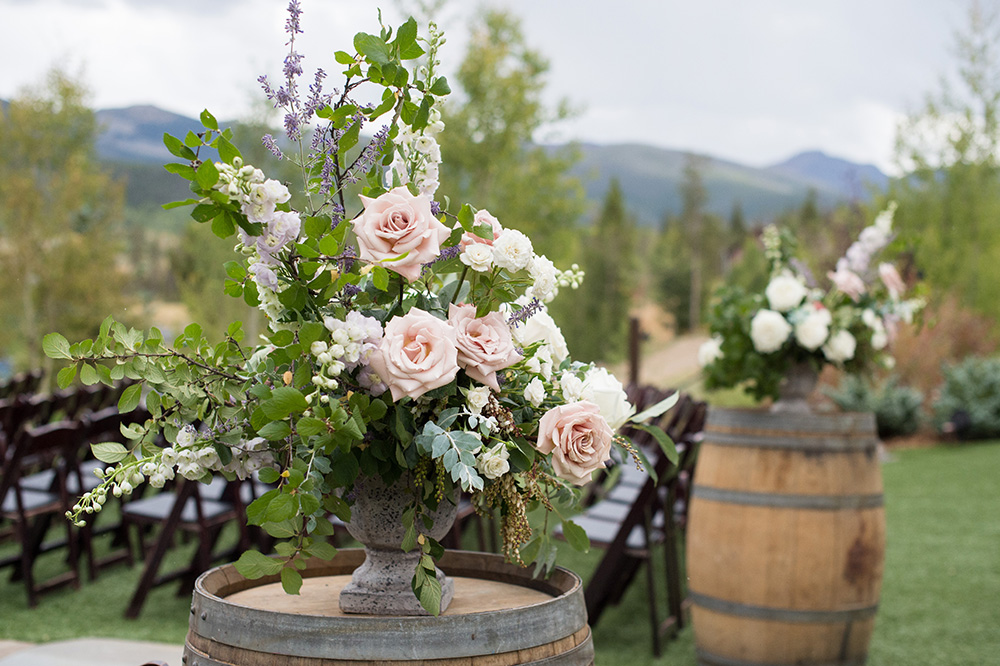 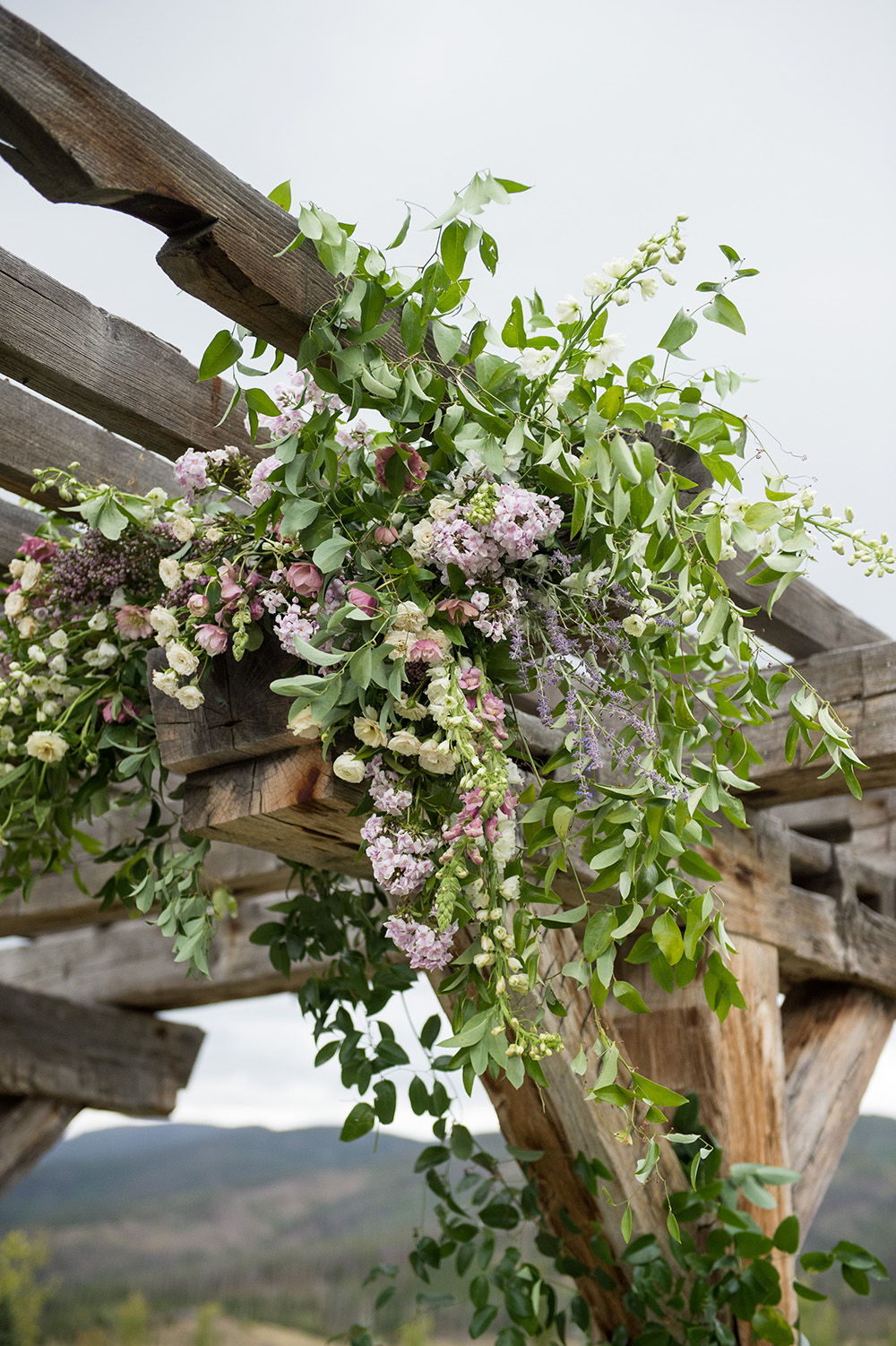 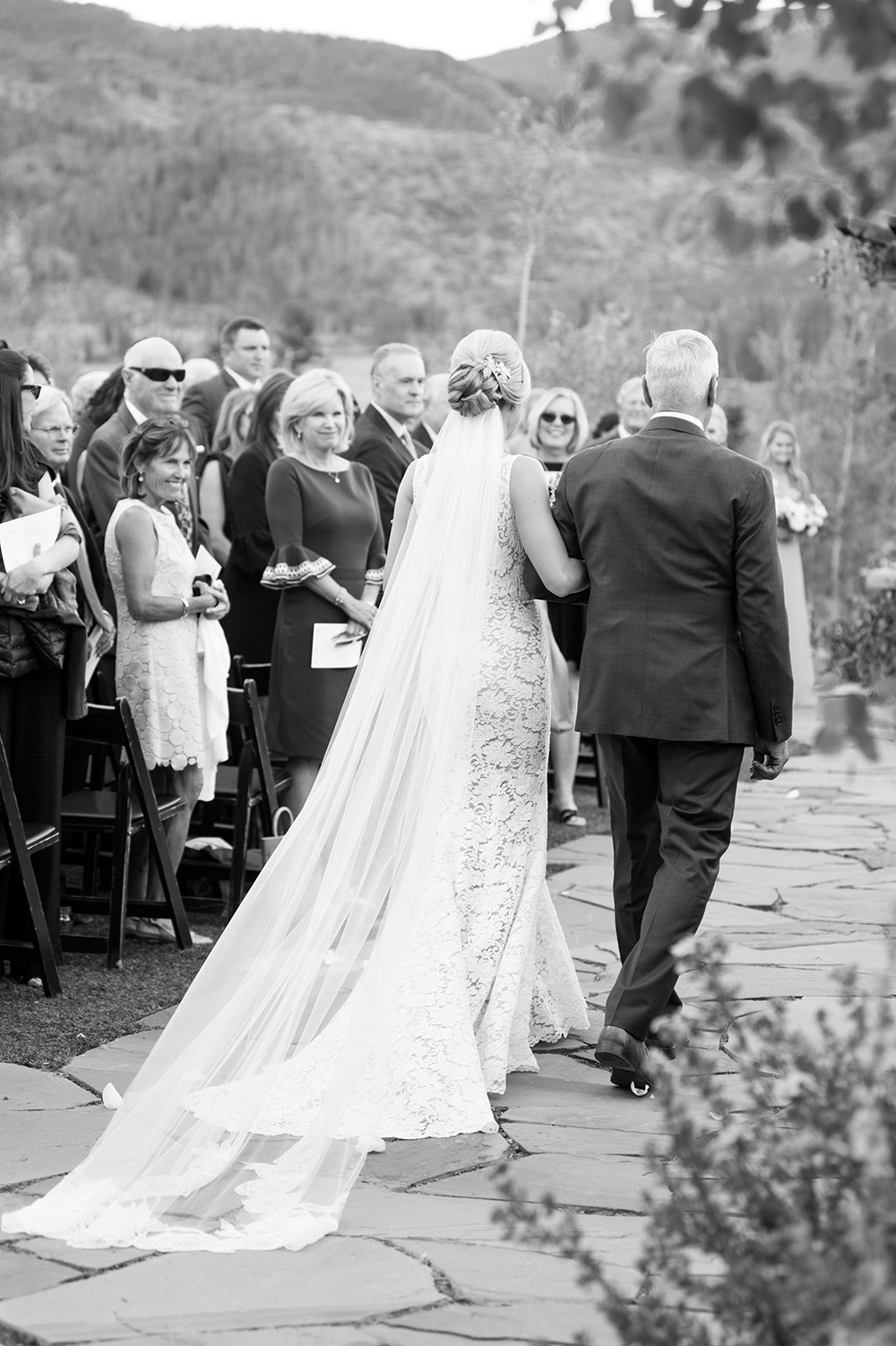 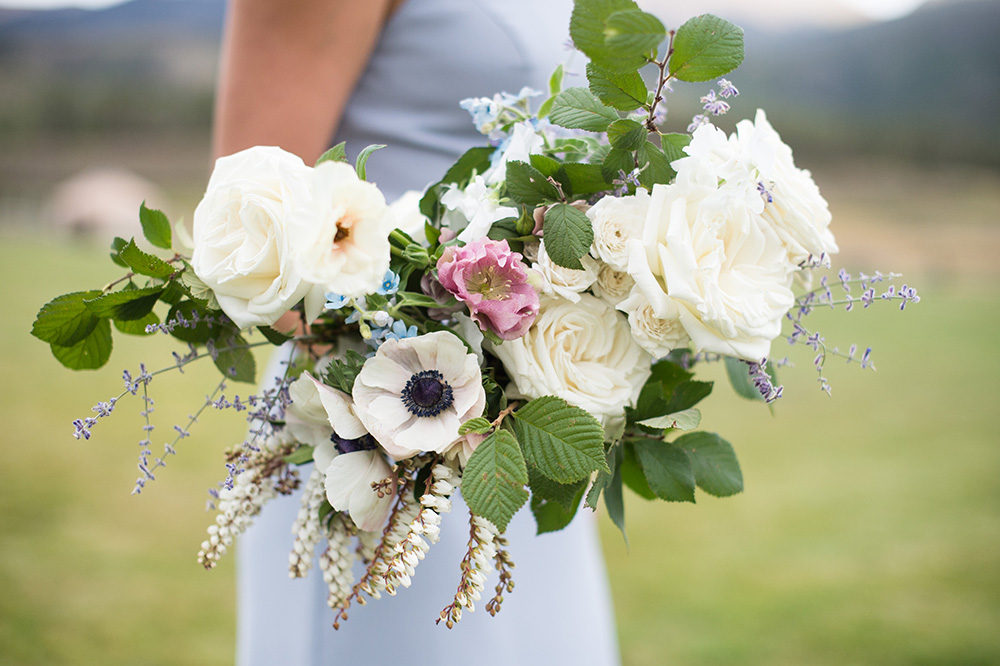 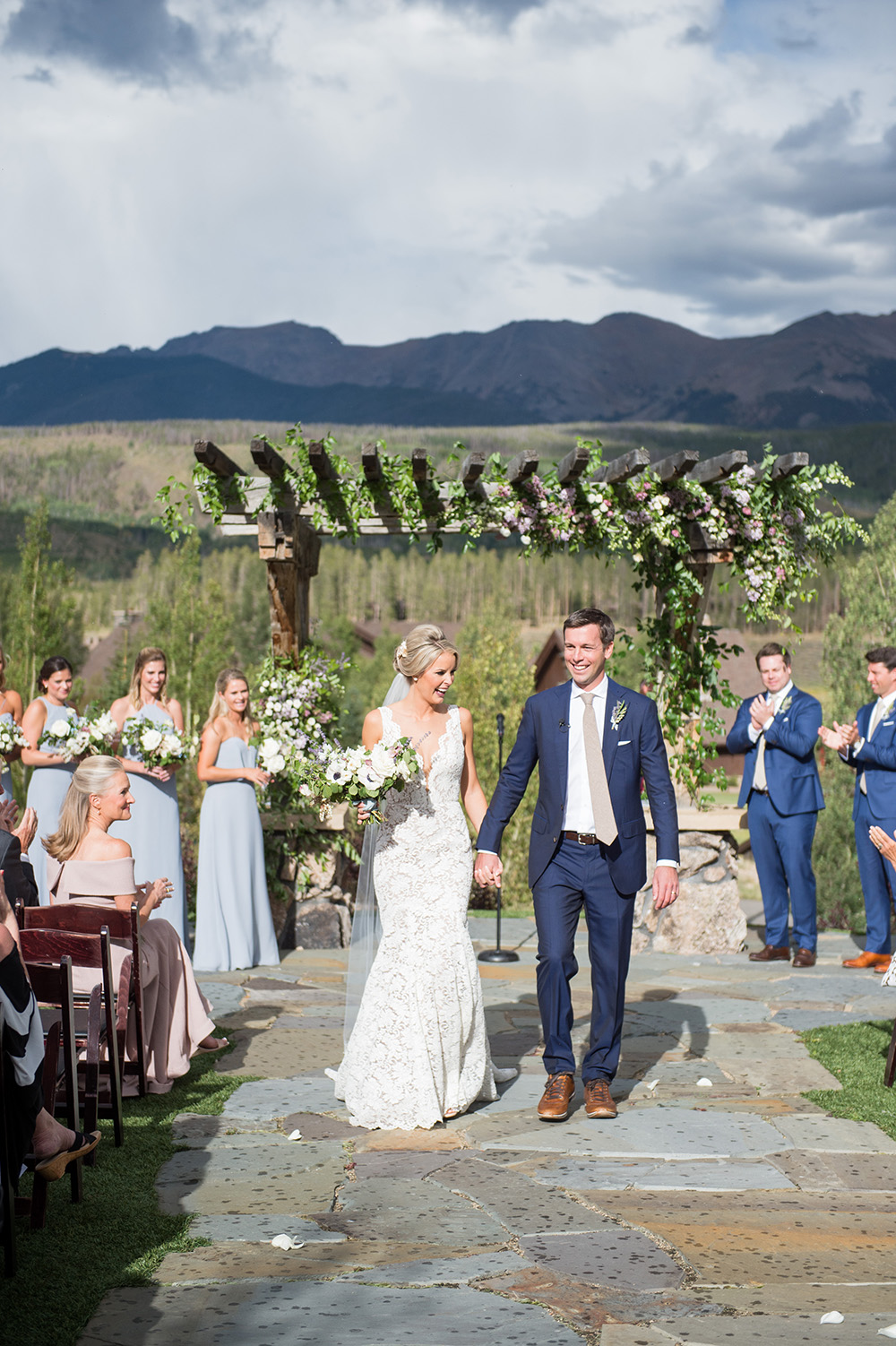 For our ceremony, we had Drew’s Uncle, who everyone lovingly refers to as “H”, officiate the ceremony. We wanted to be married by someone who we personally knew and someone who knew our relationship from day one. He killed it. It was the perfect combination of love, religion, humor, and personal touches. We had my Grandmother, who first introduced me to Devil’s Thumb, do a blessing, which included how we truly believe that we were meant to be together, and Drew’s sisters did a reading. It was so special to have people who we love so much be a part of our marriage. Some other fun touches we did were personalized cocktail napkins with fun facts about the couple, Alex (a HUGE Elvis fan who got third place in an Elvis impersonation contest in 3rd Grade) walked down the aisle to Can’t Help Falling in Love, we brought the outdoors in with beautiful ivy hanging all over the beams inside the reception, and had a 12 piece band that kept everyone on their feet all night! 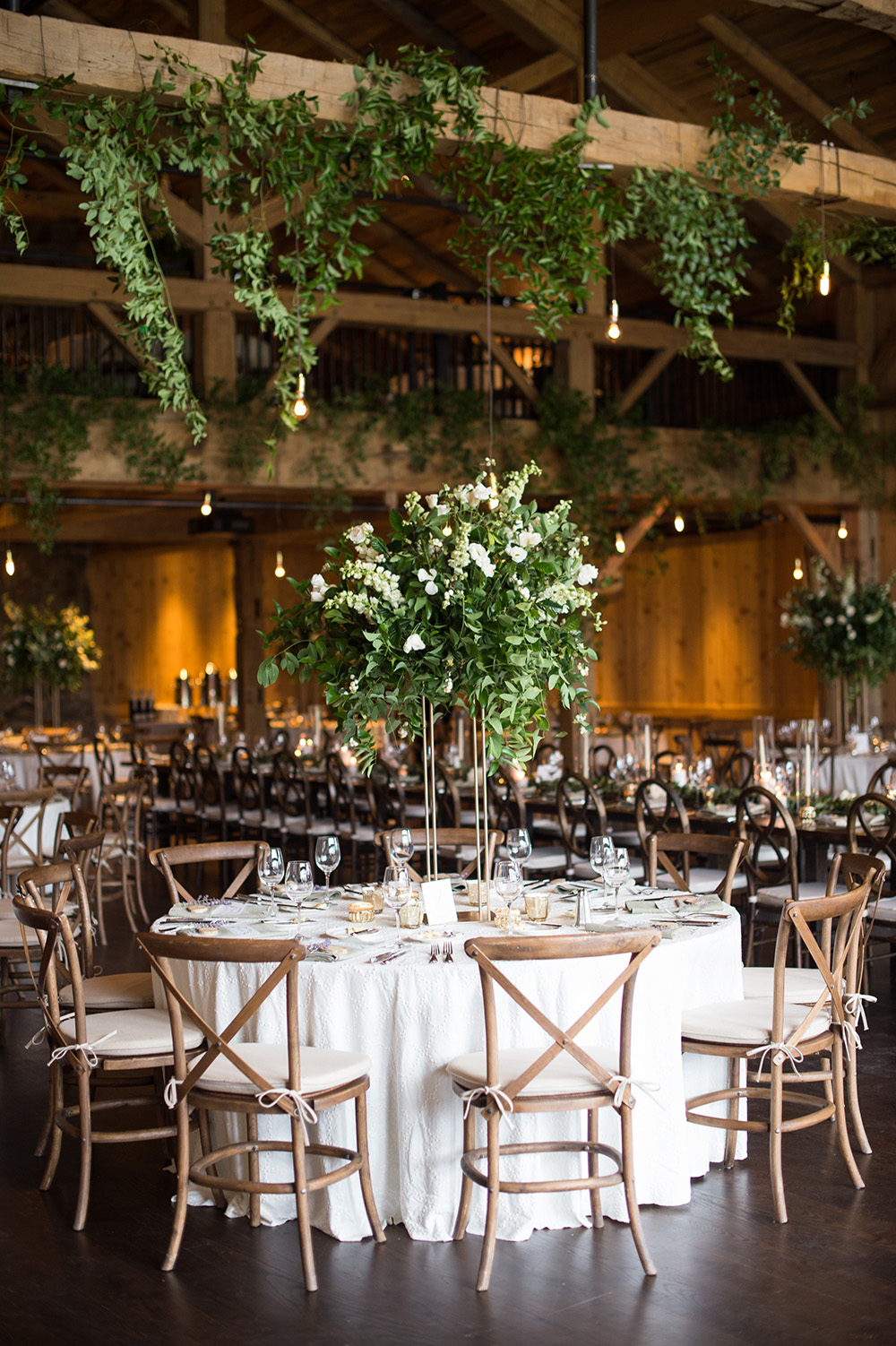 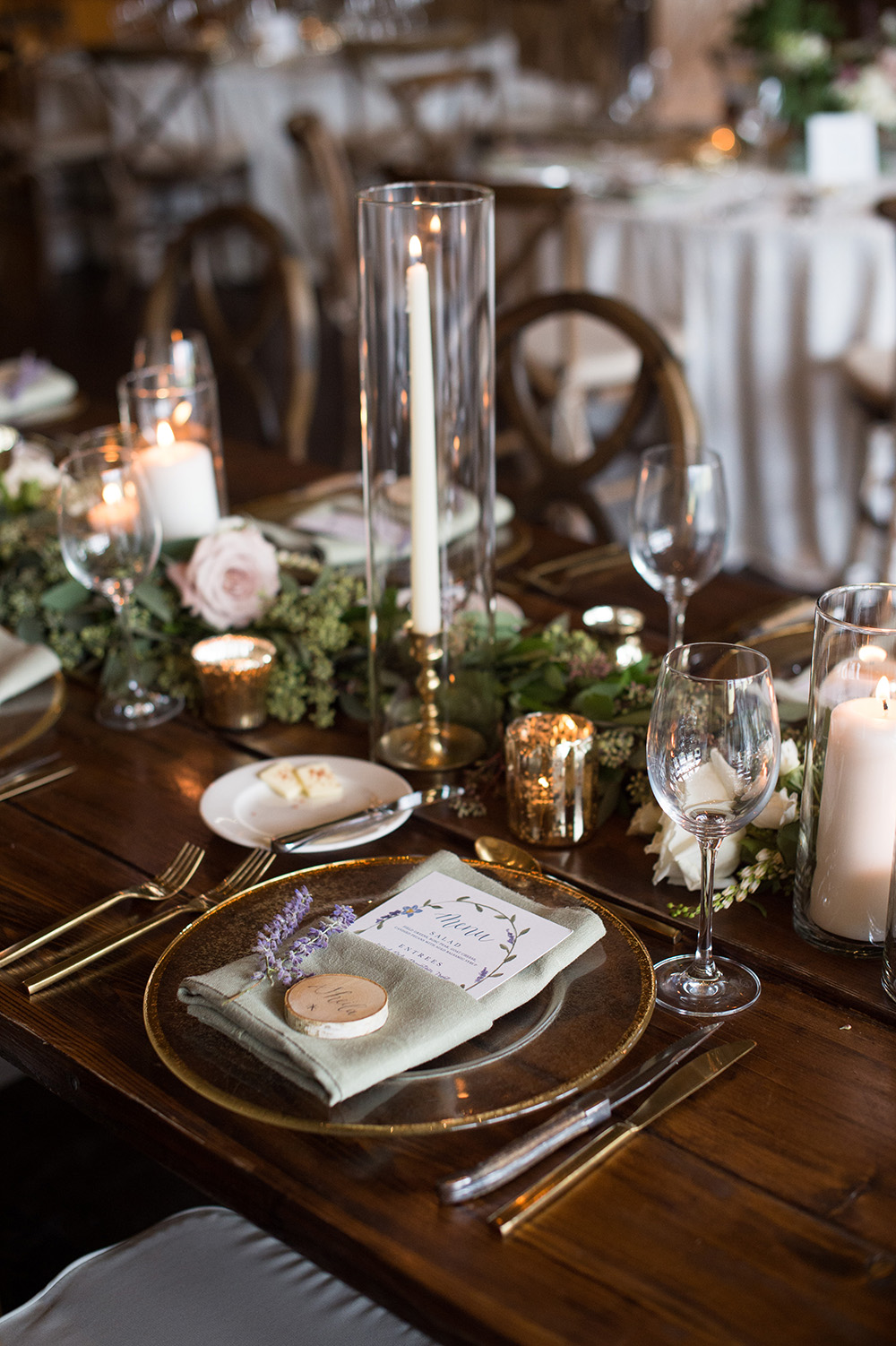 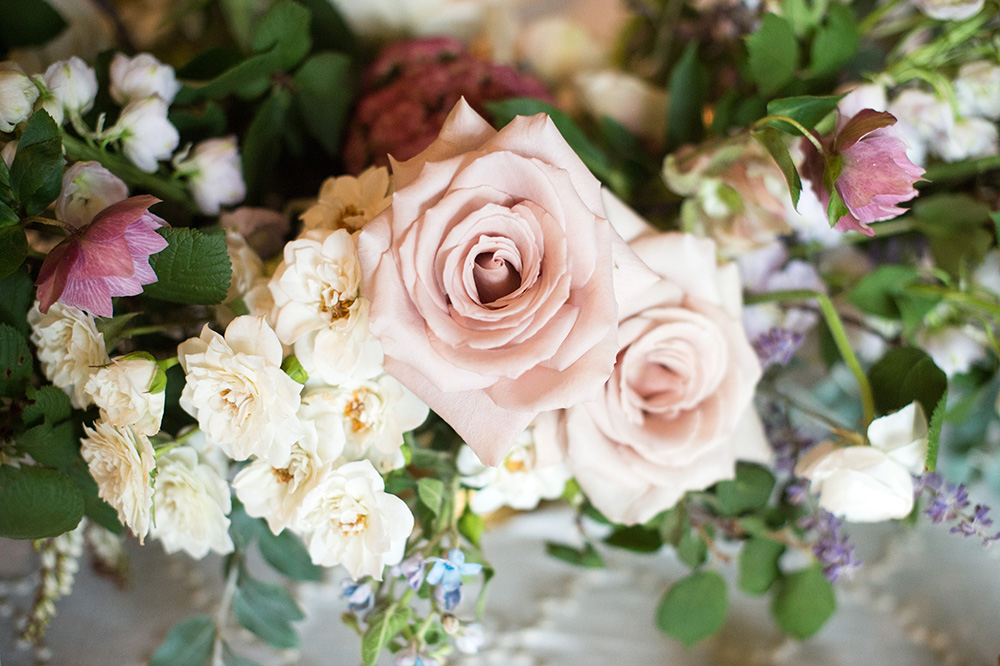 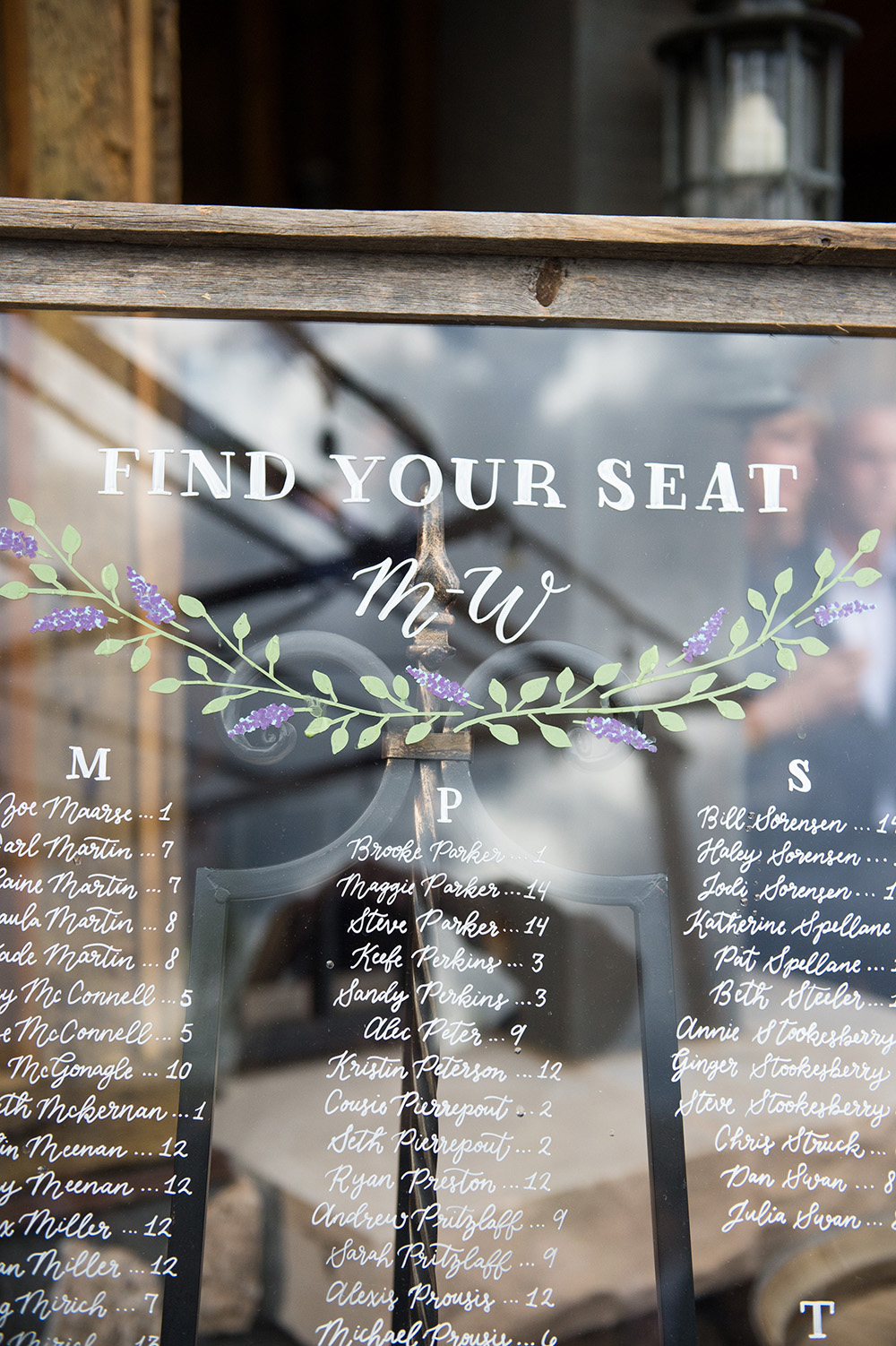 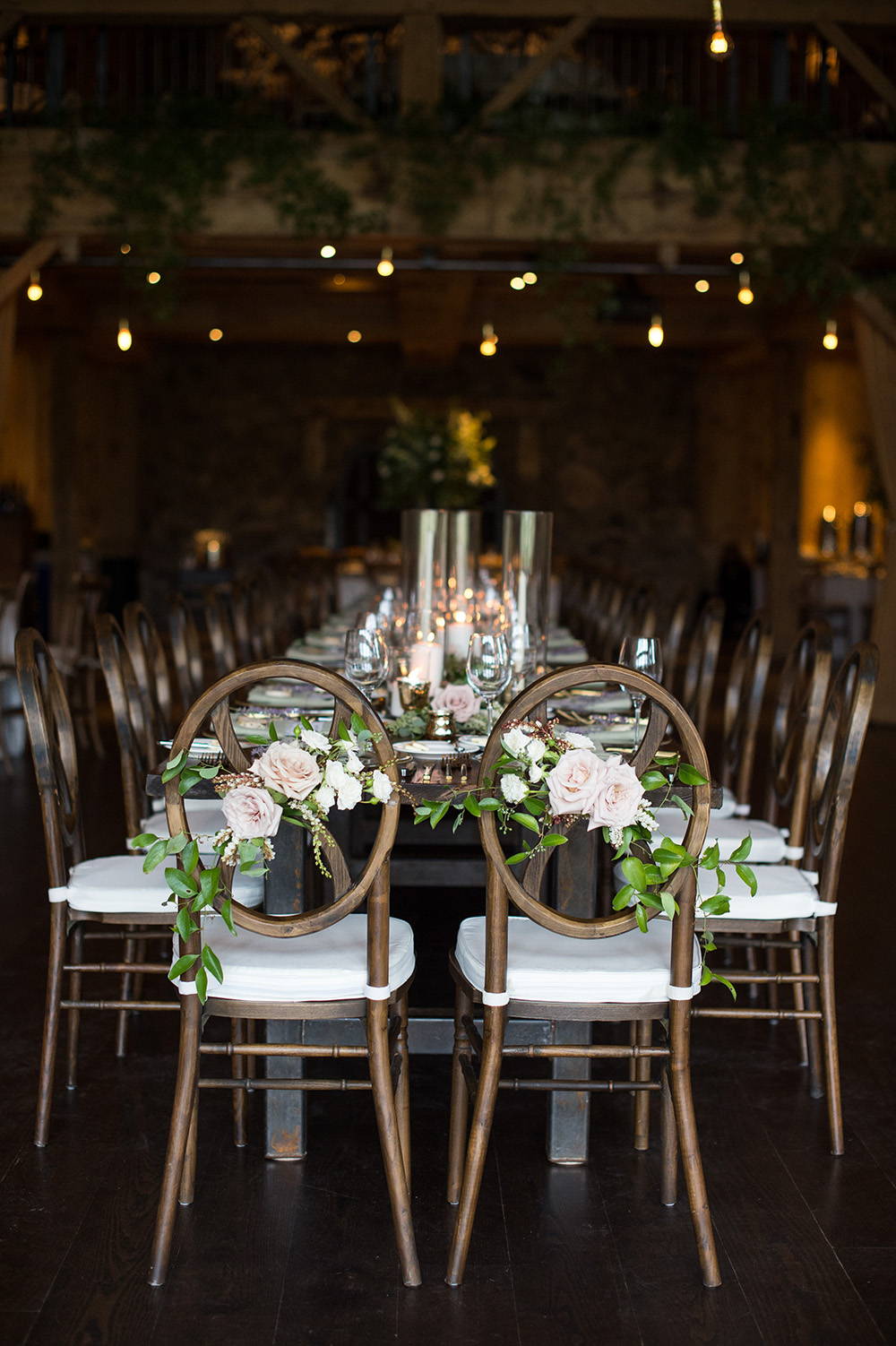 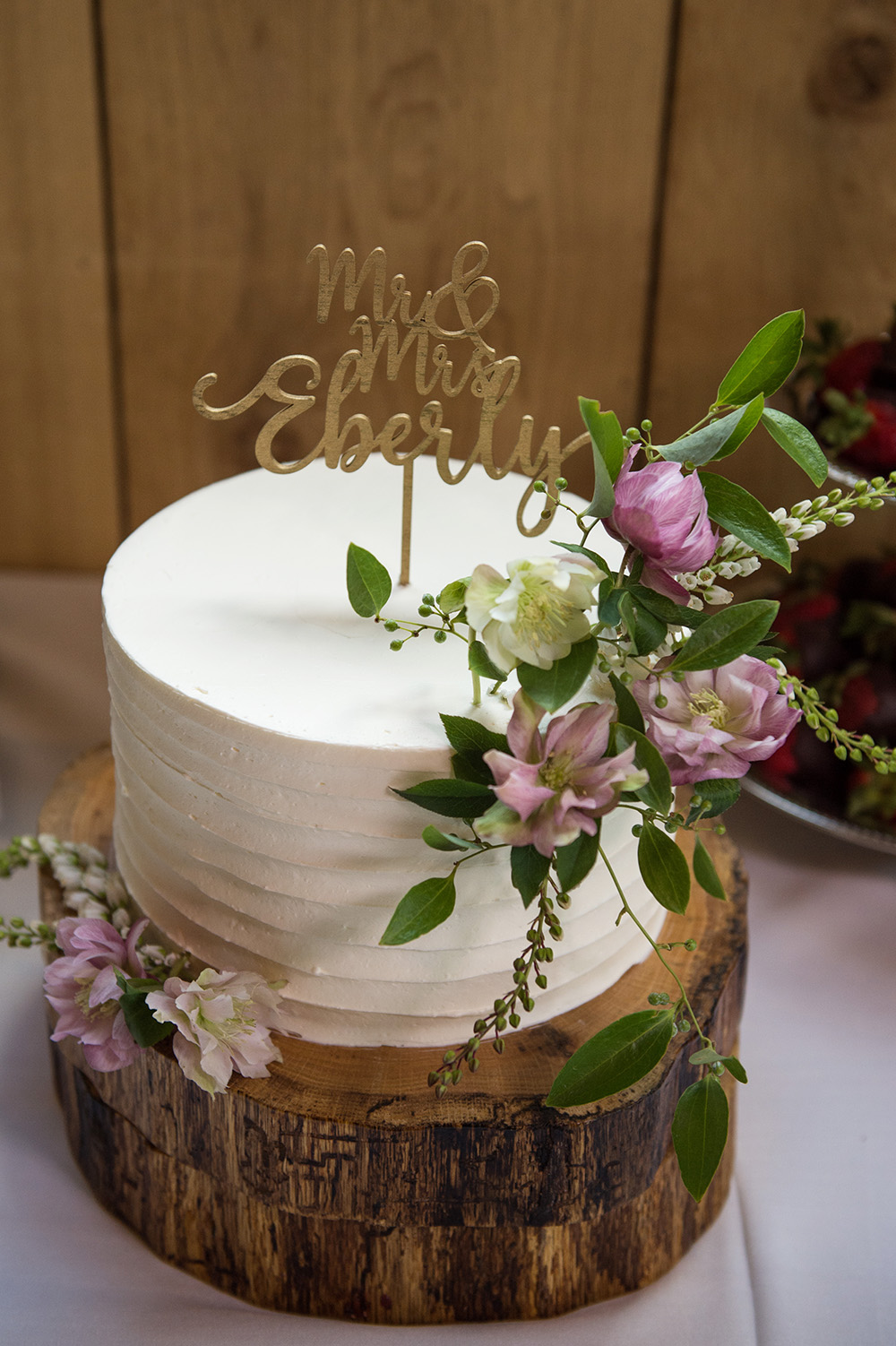 The entire day I was so worried that it was going to rain. The weather had been beautiful up until that day and, of course, Saturday was the only day where rain threatened. You can see in a lot of the pictures how ominous the clouds look. There were a few drops during our first look and bridal party photos before the ceremony, but nothing crazy. In the middle of our ceremony, right when we started saying our vows, it started to rain. It was not a rain that makes you want to run inside or that will even get you super wet. It was a few heavy, scattered drops, but nothing more. I felt like, at that moment, my Grandfather, and all our other loved ones who are no longer with us, were there and making their presence known. It was comforting and peaceful. Looking into the man I love’s eyes and reciting our personal vows with this overwhelming sense of love was truly remarkable. 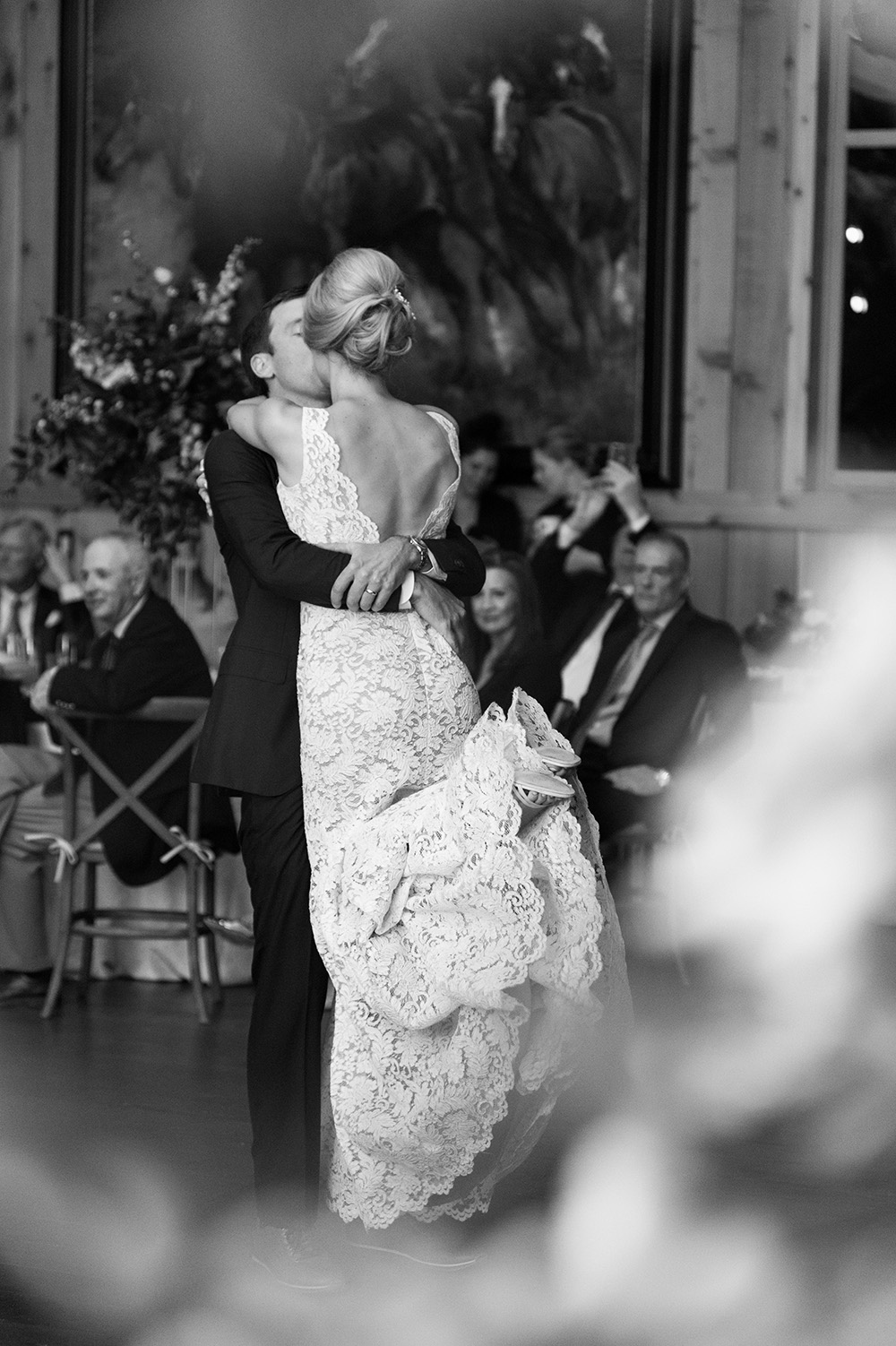 The amount of small world connections that Drew and I have made it clear that we were meant to meet one way or another. Drew is from Lake Forest, IL and Alex is from Denver, CO. Drew moved to Denver for a job, not knowing anyone but his sister and an old friend from high school. That old friend turned out to be the boyfriend (now fiance) of Alex’s lifetime best friend (and maid of honor) and introduced them only two weeks after Drew moved to Colorado. Once the two met, they were immediately inseparable and knew that something was different. Alex’s best friend from college was also from Lake Forest, IL, and Drew’s sister used to babysit her growing up. Both were bridesmaids in the wedding. Drew needed to sublet his apartment in Chicago after moving to Denver. Alex’s friend from high school had just moved to Chicago and was looking for a room, so she ended up subletting from Drew. After 4 years of dating, Drew and Alex decided that they were going to combine Christmas with both their families that year and everyone was invited to celebrate in Avon, CO, where Drew’s parents live. On a snowy morning walk overlooking the mountains, Drew got down on one knee and proposed with his Grandmother’s (and Great Grandmother’s!) ring. The surprises continued as Drew had planned for Alex’s best friends and grandparents to drive up to the house shortly after. We ended the night with a snow cat ride to Beano’s Cabin in Beaver Creek where we celebrated!