We love film photography, if you haven’t already figured that out! Today, we are excited to feature Stacey and Eric’s engagement session shot by Laura Murray Photography who is just so good, we can’t stand it. The cherry blossoms are beyond gorgeous, and only around once a year. How lucky for this gorgeous couple to have perfect timing! Their soft colored ensembles add to the absolute romance! Be sure to read the story on how they met and their proposal, which took place on the side of a mountain! 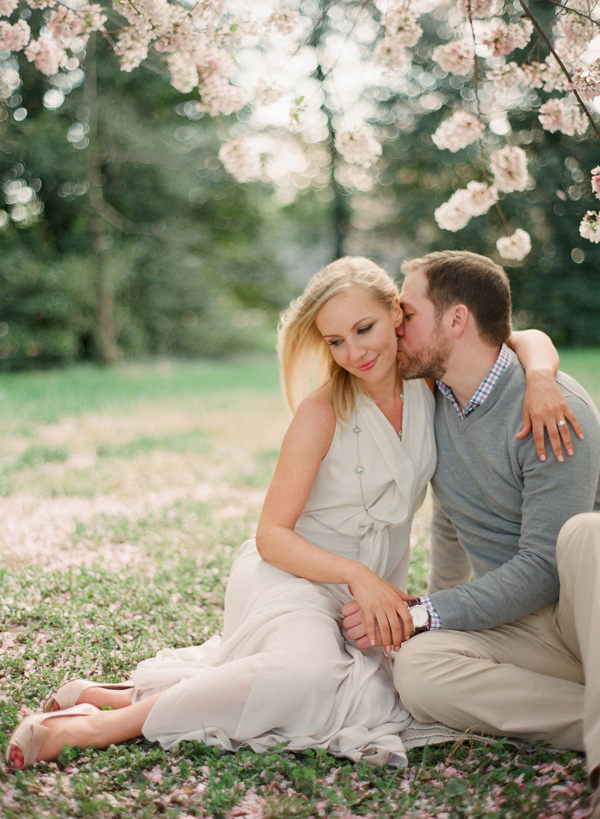 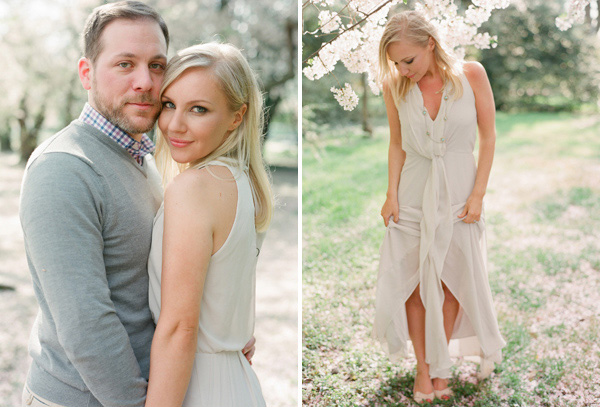 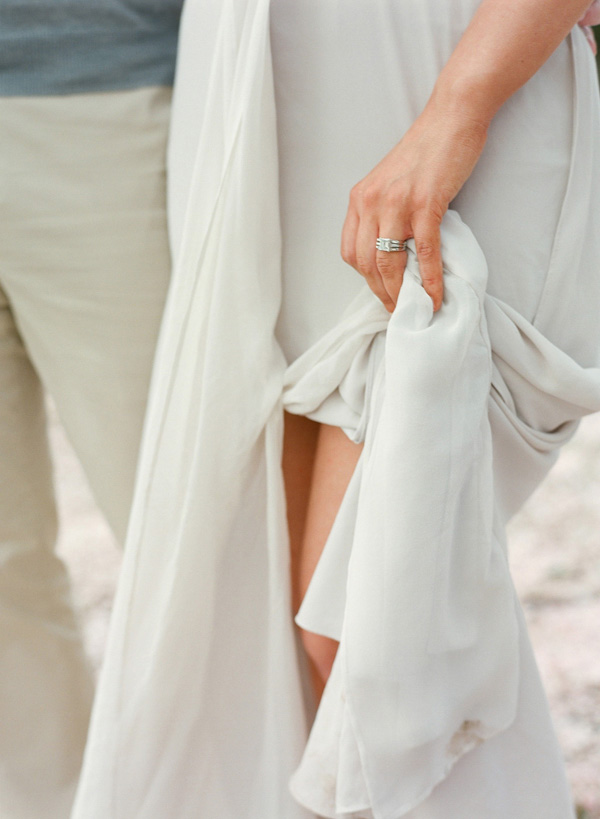 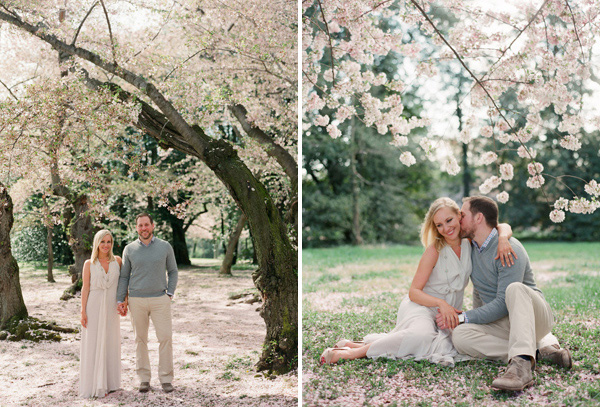 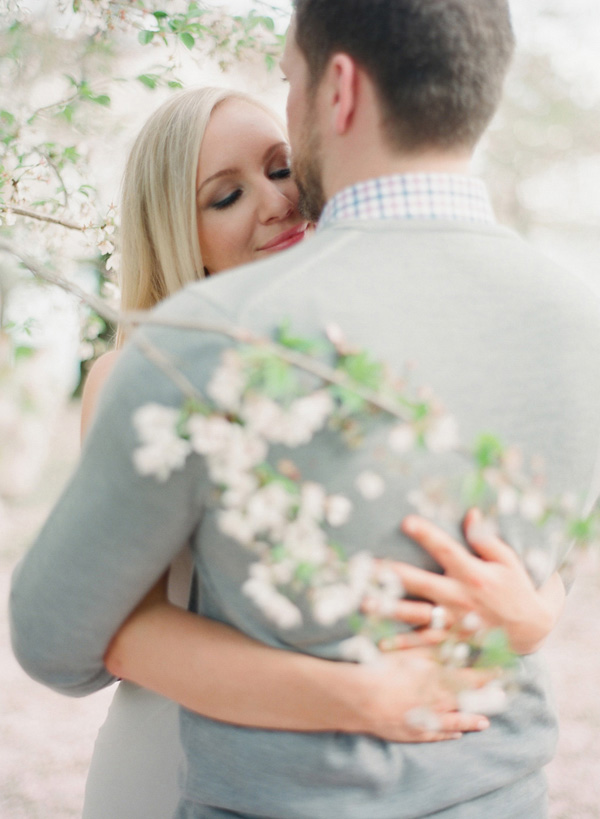 Arlington, VA is a community of young professionals outside of DC, and it feels like everyone is connected somehow, someway.  After both living in Arlington for almost a decade, they still had never crossed paths until Stacey was set up on a date with one of Eric’s best friends.  Luckily for Eric it didn’t work out.  The connection was now made and groups of friends began to merge.  Every time Eric and Stacey were out, they would end up at the end of the bar talking alone realizing how much they had in common.  Eric worked up the courage to ask Stacey out to dinner and she accepted and they hit it off.  From there, things grew naturally and they spent more time together, growing closer and eventually falling in love. 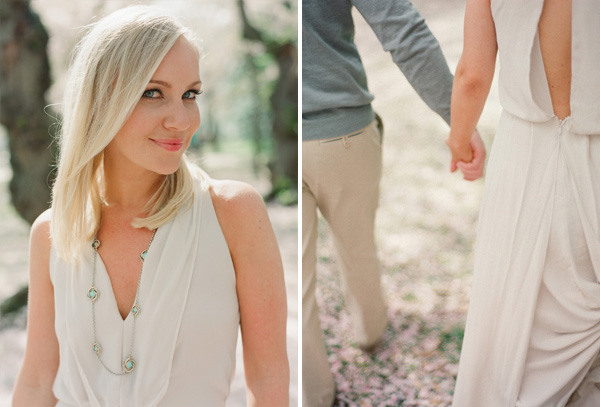 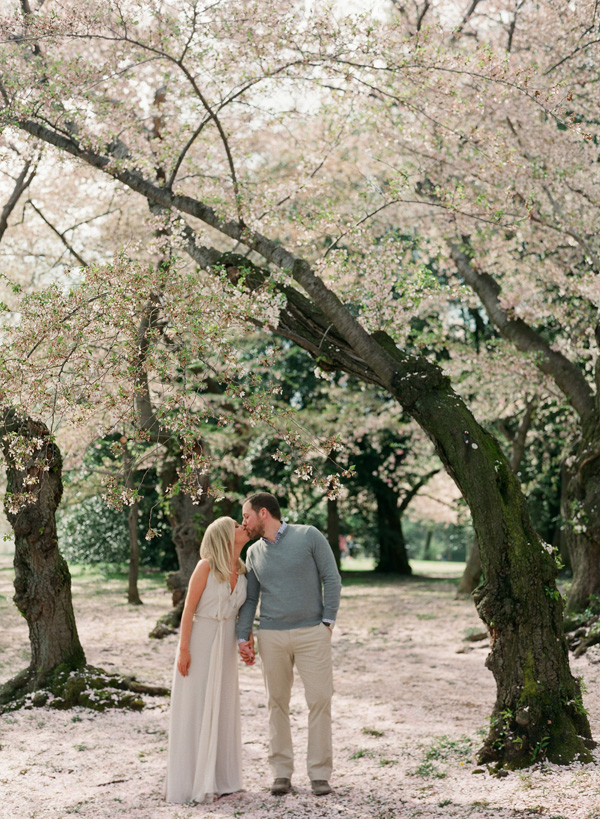 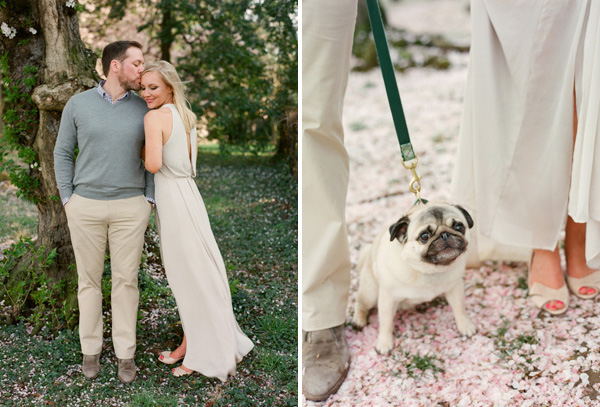 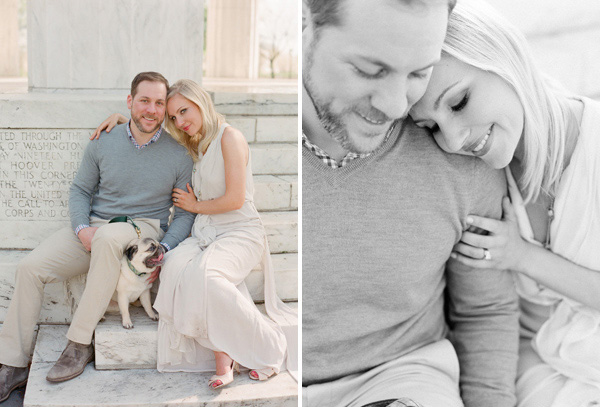 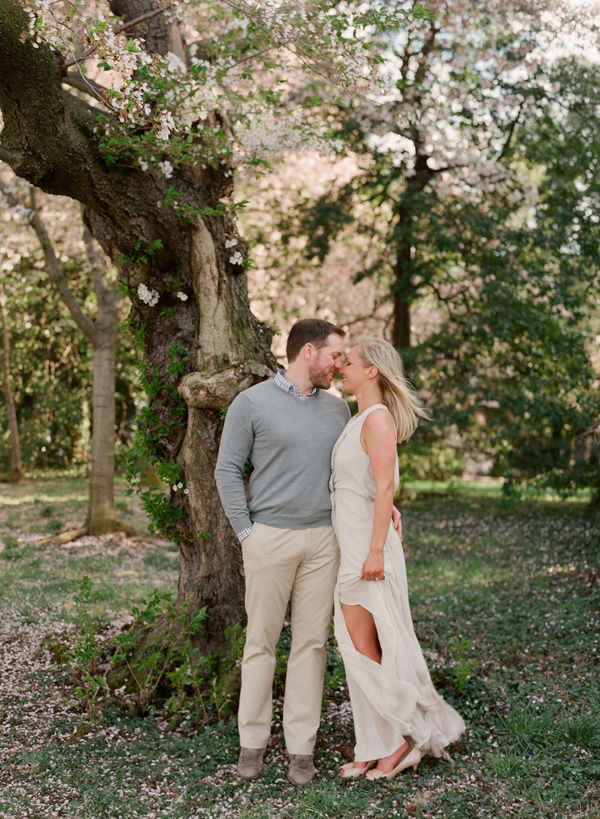 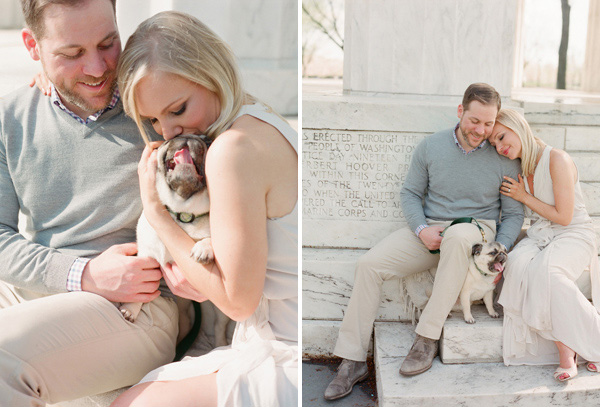 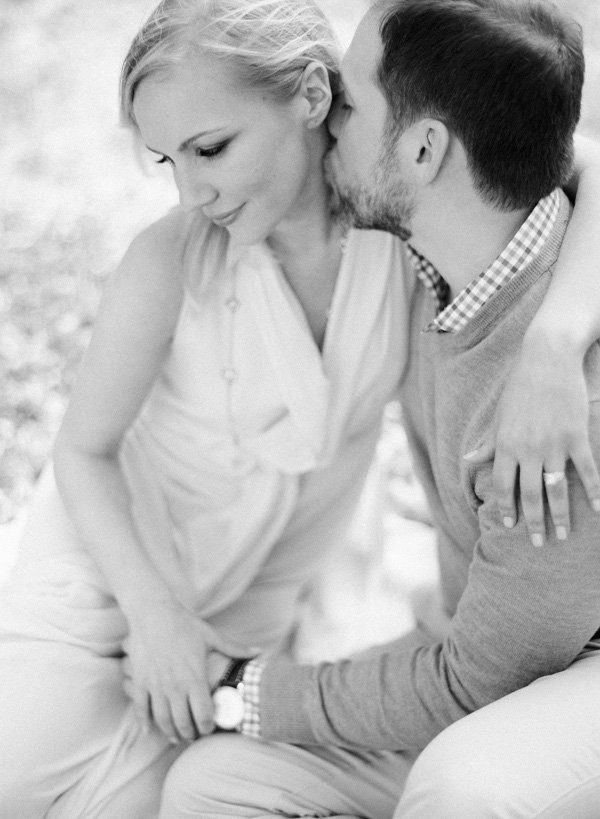 Eric and Stacey are both avid skiers and this past winter they and their friends organized a trip to Park City.  Stacey, being a Colorado girl, found this to be the perfect opportunity to tack a few days on to the trip and head to her favorite mountain, Vail, after Park City.  Their first night in Vail Eric surprised Stacey with dinner at Beano’s Cabin on Beaver Creek Mountain.  After a romantic sleigh ride up the mountain, dinner and then a sleigh ride back down the mountain it seemed like the perfect time to pop the most romantic question, but that wasn’t the plan.  The next morning Eric and Stacey woke up to fresh powder and immediately headed to the back bowls of Vail to take full advantage of the conditions.  After a few runs, Eric suggested they stop and snap a few pictures on Lovers Leap.  After each took pictures of each other, Eric began to fumble through the pocket of his jacket slowing the process and irritating Stacey because her phone was getting wet.  Eric skied down to Stacey and in knee deep powder asked her to be his wife.  She said yes! It was truly a winter wonderland proposal they will never forget and look forward to celebrate their wedding day once again in Vail and the reception at Beano’s Cabin next July! 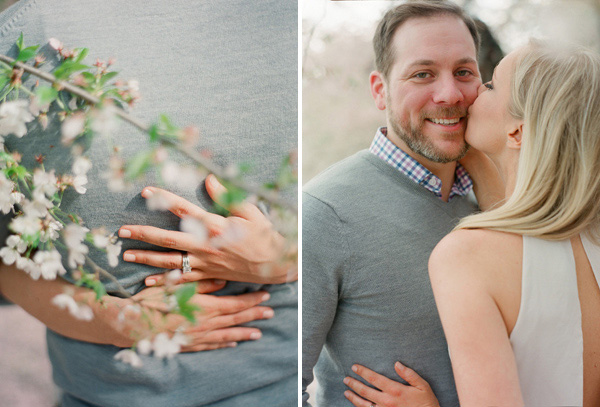 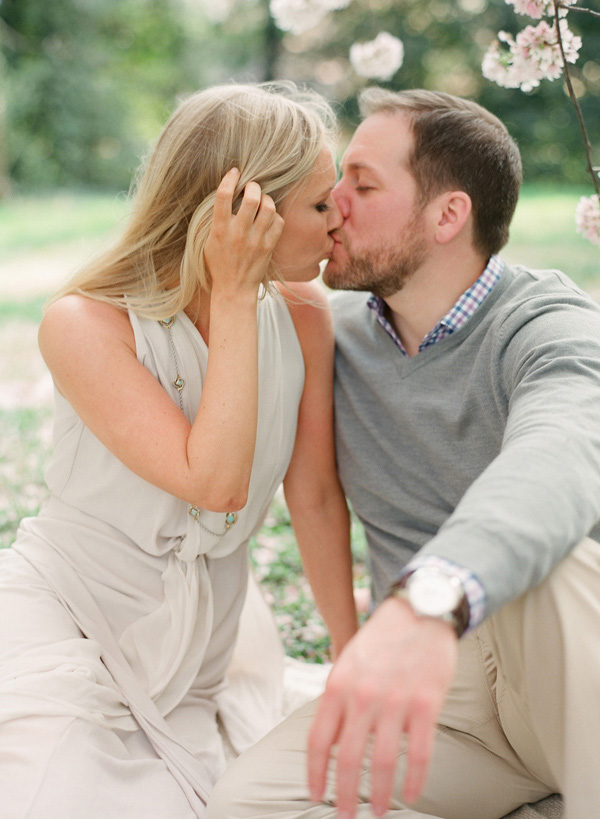