Kaitlin and Shaun chose a gorgeous fall setting for their engagement session, and were lucky enough to get some early snow for their striking images! Photographer Andrea Brionne captured a fun afternoon in the cool mountain weather, and it’s got us in the mood for leather and pumpkin. 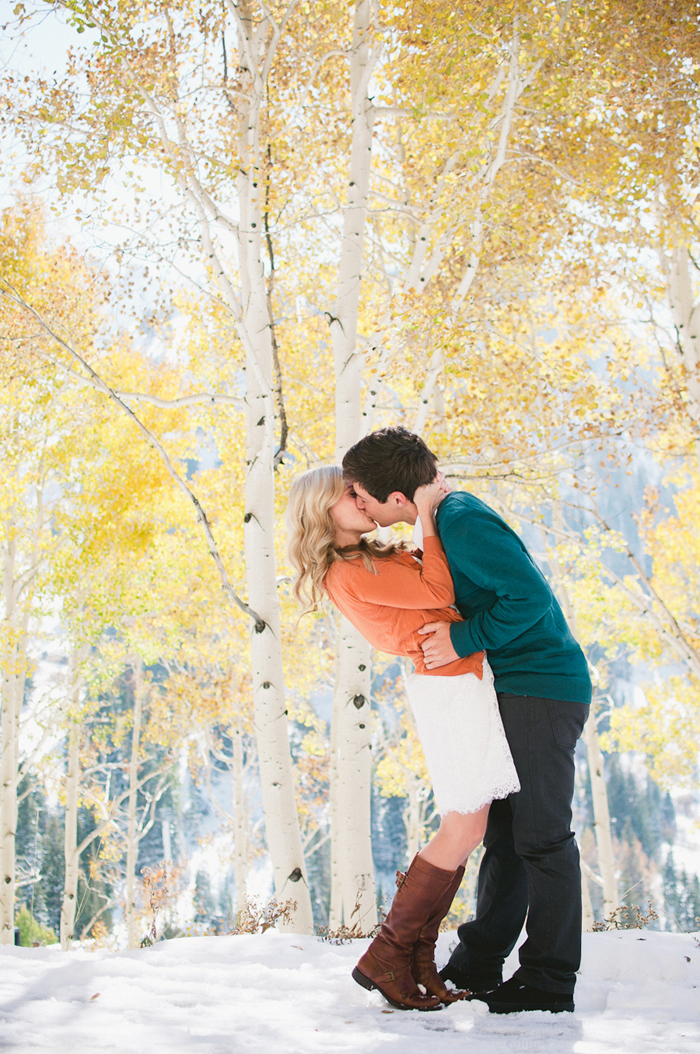 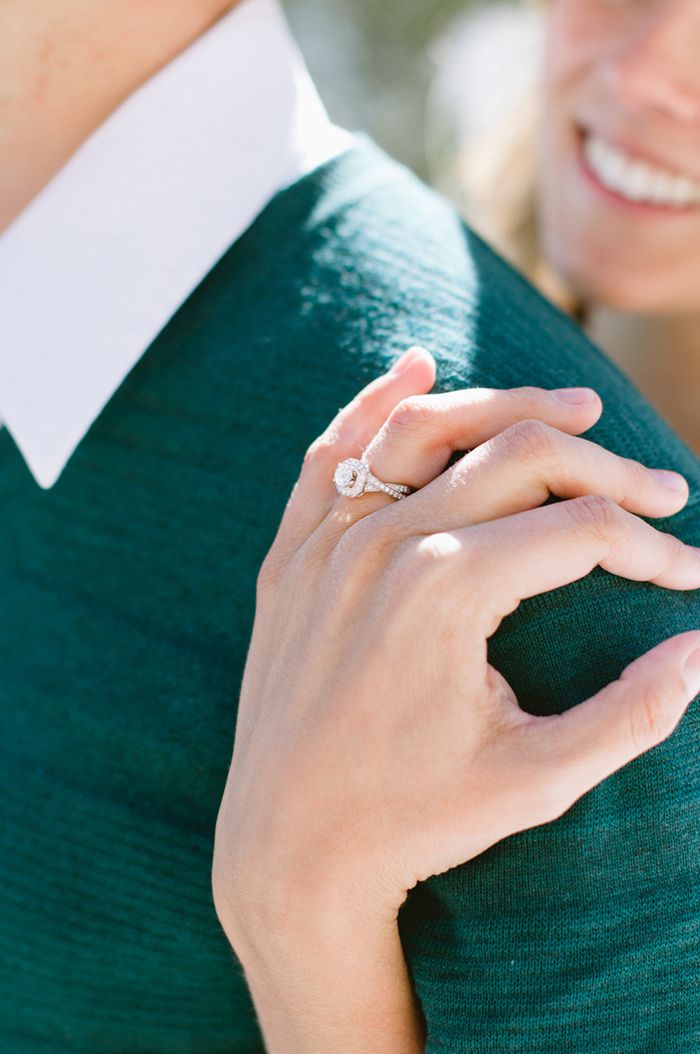 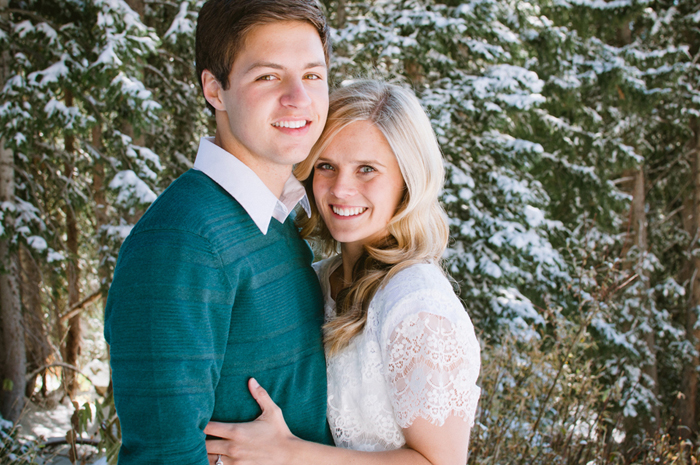 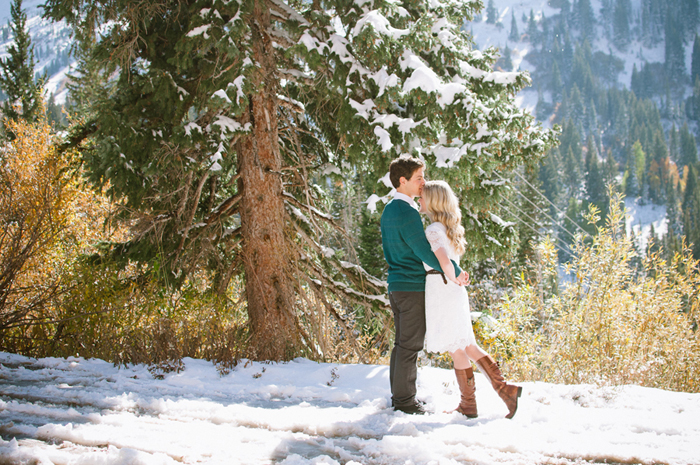 Kaitlin tells us about the proposal:

I knew that the proposal was coming I was just not sure as to when. I had several clues, being that September 19th was our 5 Month anniversary and his parents were going to be in town. We got in the car that day and headed to what is known as Silver Lake. We began walking on this board walk that wrapped around the entire lake.  As we began walking I spotted a red canoe in the distance as I then turned to Shaun and said, ” It would be so much fun to go on a canoe ride with you someday. We then kept walking and I began to see red rose pedals on the ground. At the moment I KNEW it was happening. As we got closer we were led to that very same red canoe I had seen earlier. He then said,” Your wish is my command.” As I looked at the red canoe there were 2 dozen roses along with a cooler in the canoe with a sparkly cider mexican drink and roses also laid out on the canoe. He asked if I wanted to go for a ride. We then got on the canoe and pushed off into the lake. We just smiled and laughed and talked about how much we have truly enjoyed these past 5 months together. He mentioned to me that it was the happiest he has ever been. It began to get cold as he then asked me if I would like to go back in. He told me that he wanted to show me something that he made for me. We then headed back in and he told me to sit down on a log. He then came and sat right next to me and pulled out a photo book that he had made. The title page said, ” The story of how we met and fell in love.” The book went through our entire dating story, our first date, first hand hold, first kiss, first time he said, ” I love you.” He then told me to turn to the last page. As I turned to the last page he got down on his knee and said, ” Kaitlin Elise Gray will you marry me?” I immediately shouted YES almost before he could finish his sentence. 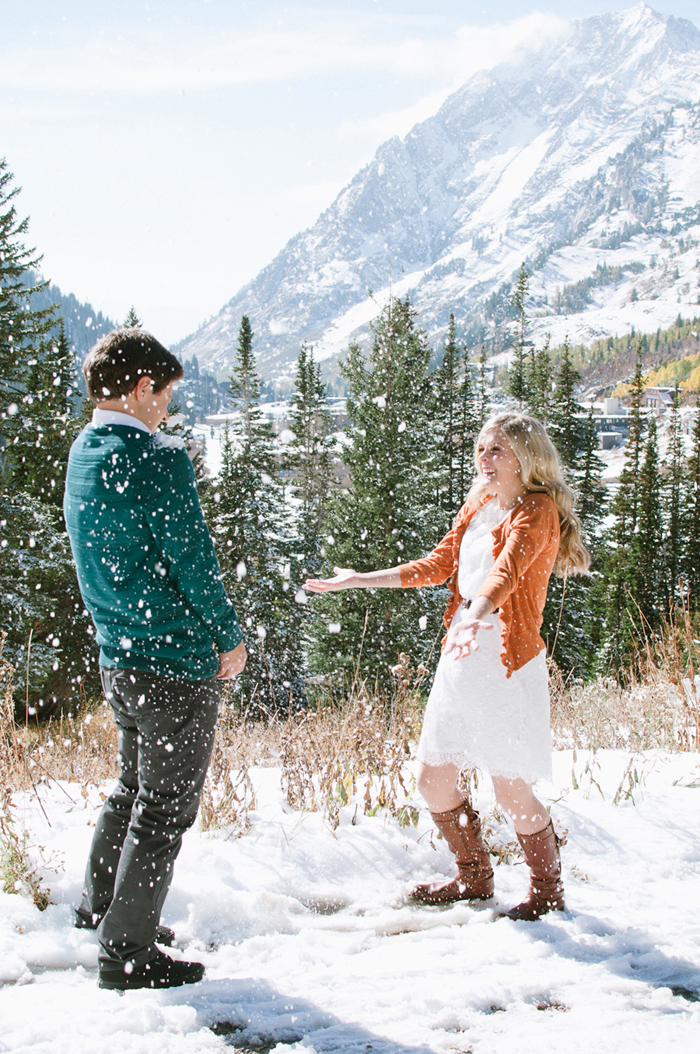 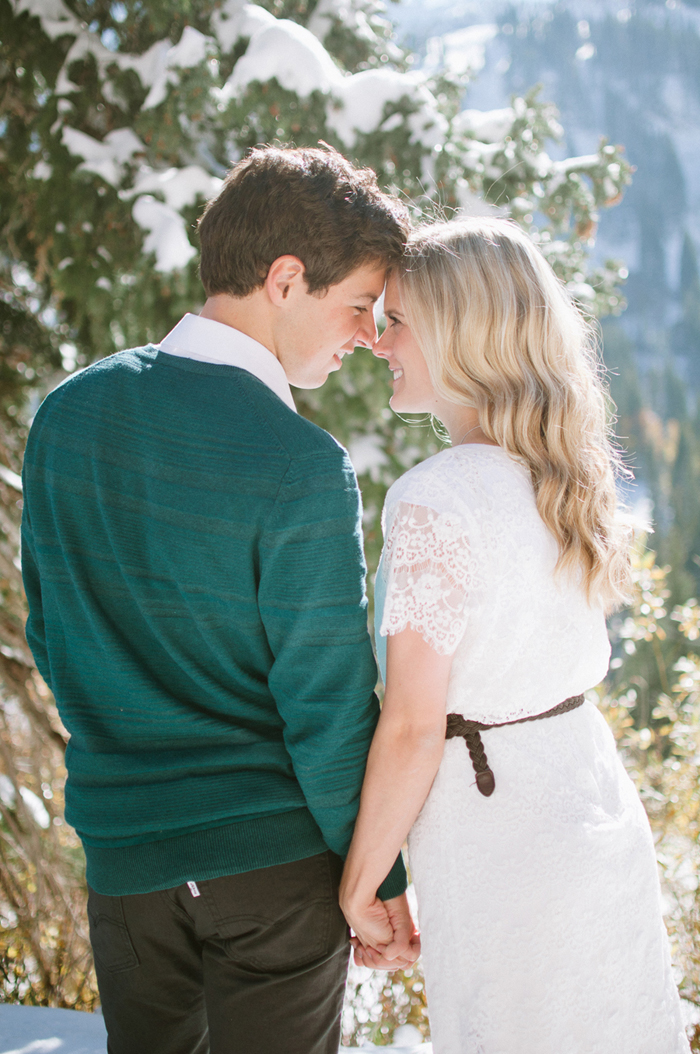 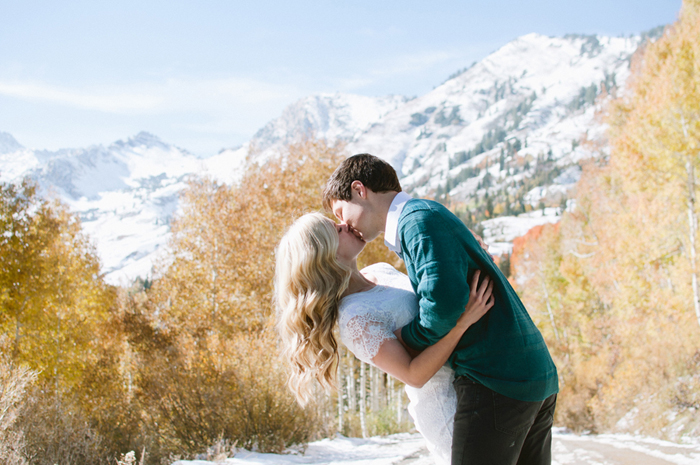