A beach engagement session by Aubree Lynn Photography was a no-brainer for Alyssa and Cove who, early in their relationship, bonded over their mutual affection for Kauai. Cove (yes, how perfect is that?!) even proposed at sunset on their favorite beach. And, even more fitting will be when the couple travels back to Kauai this fall to marry at their beloved Polihale Beach in front of their family and friends. This shoot has us excited for the couple (and maybe a little for our own Spring Break vacas) and we’re loving the styling by To La Lune Events and that amazing tropical bouquet by Bloom Babes. 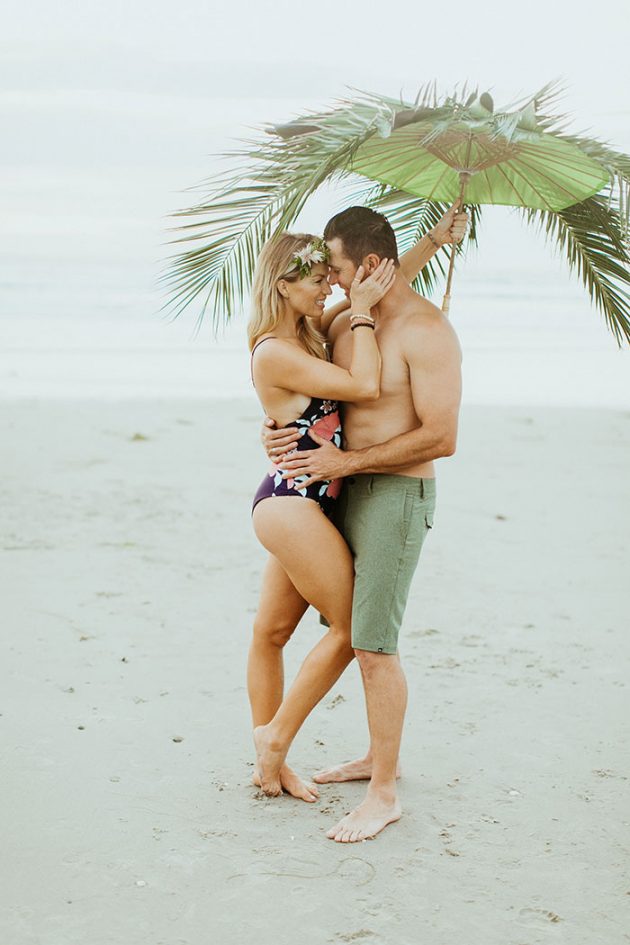 Cove and I had been together for a little over five years when he proposed last May at Polihale Beach, Kauai. We met when I was 24 and he was 30, after opening day of the horse races in Del Mar at a party at the L’Auberge Hotel. Ironically L’Auberge is just a few short steps from my grandparents’ house, whom I’m extremely close to, and also Sea Grove Park where his parents got married. Little did we know this was a first sign we were meant to be. We first made eye contact as we walked past each other on a flight of stairs. I couldn’t help but tell my best friend that I thought he was cute, and from there she proceeded to stop him. He told me his name was “Cove” and I thought he was messing with me, so I asked to see his driver’s license – this made for a good joke! We danced and had a fun night, but eventually parted ways. 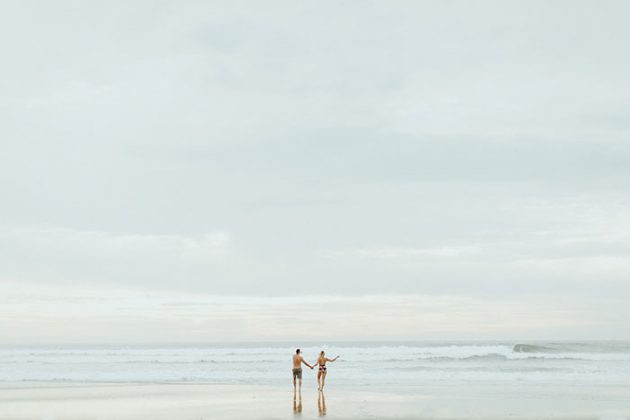 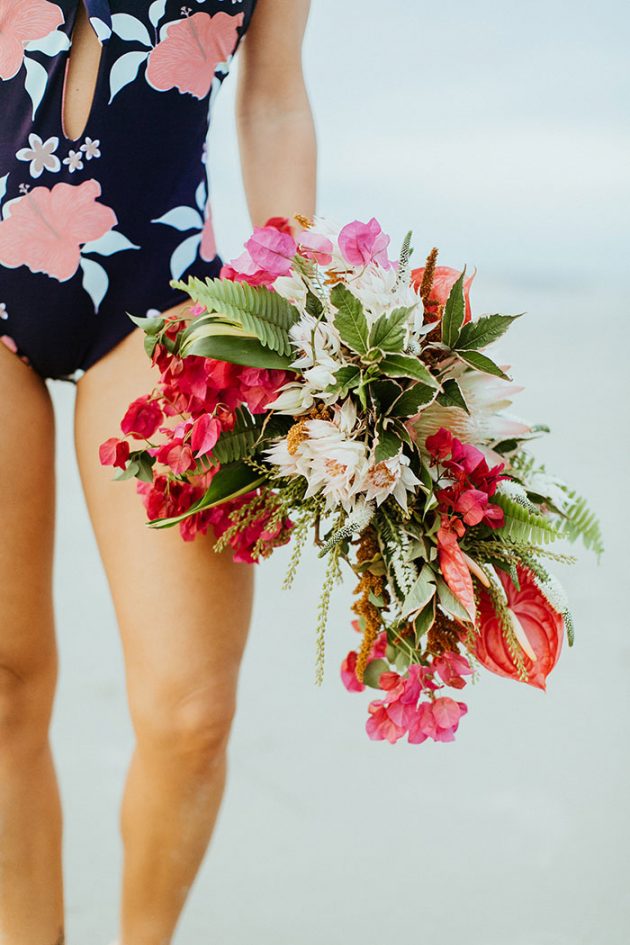 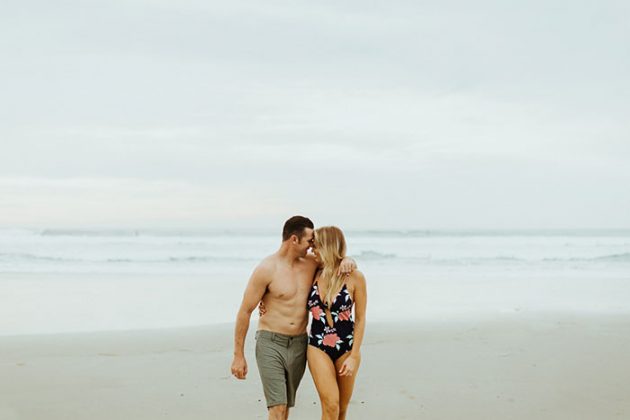 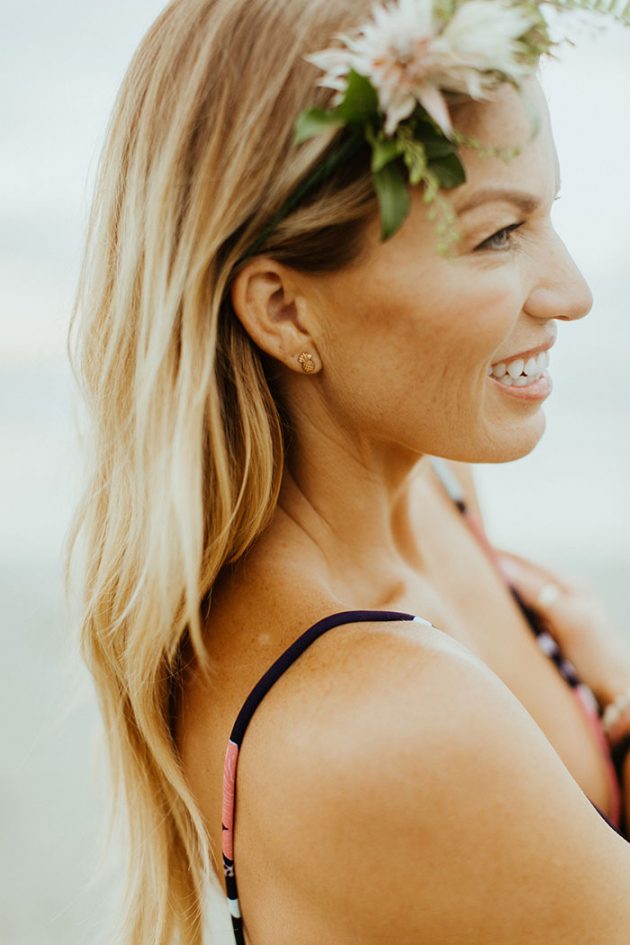 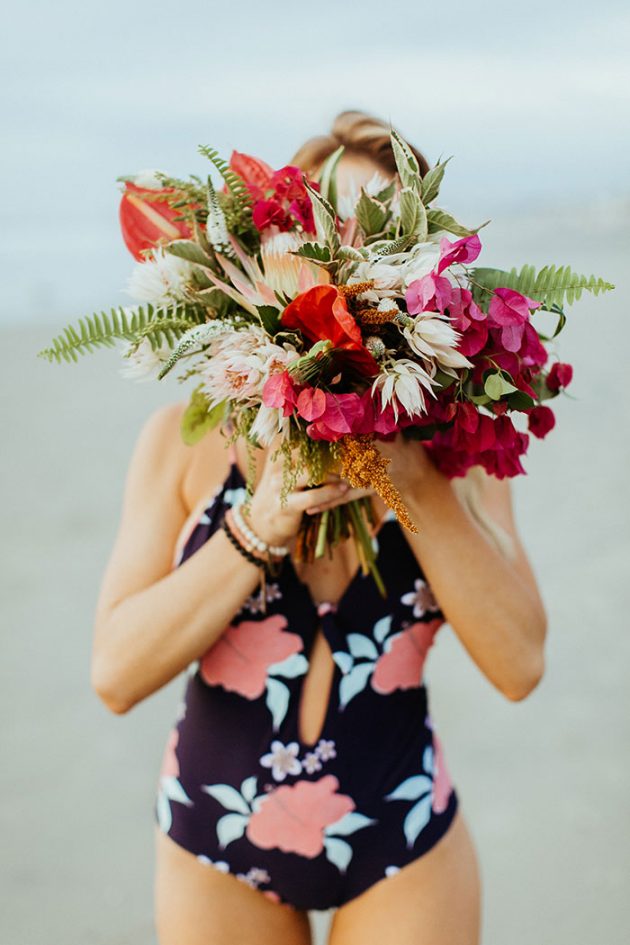 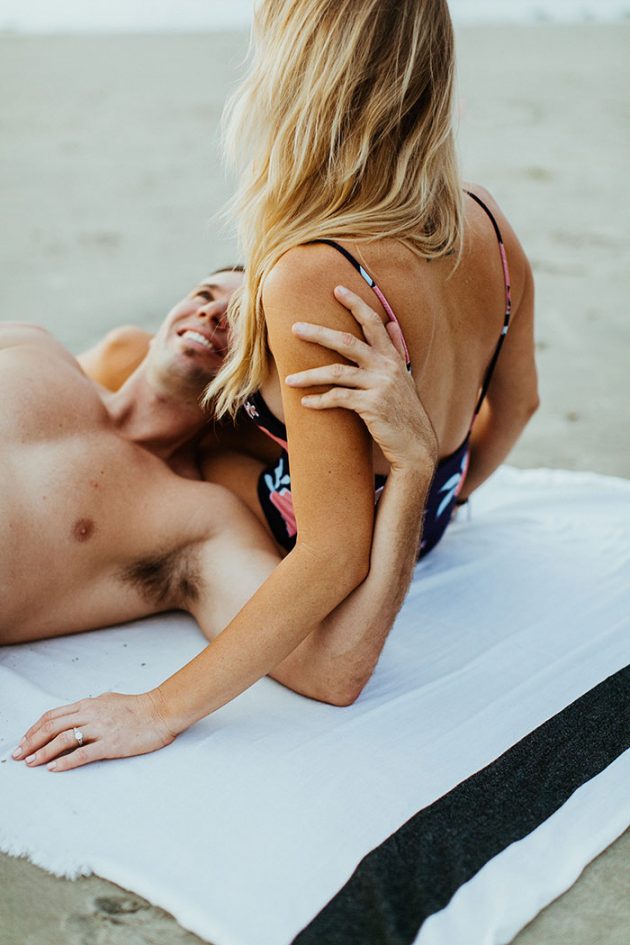 Cove and I quickly became best friends and our love for each other grew stronger with every adventure we embarked on. I love to snowboard and he loves to surf so year round we were always having fun. Cove and I both love Kauai, and had both been there as children with our families growing up. Our first venture there together was a amazing trip with his family. We continued to frequent Kauai & both fell in love with Polihale beach. My favorite and most exciting memory there was when Cove proposed on 5/9/15. 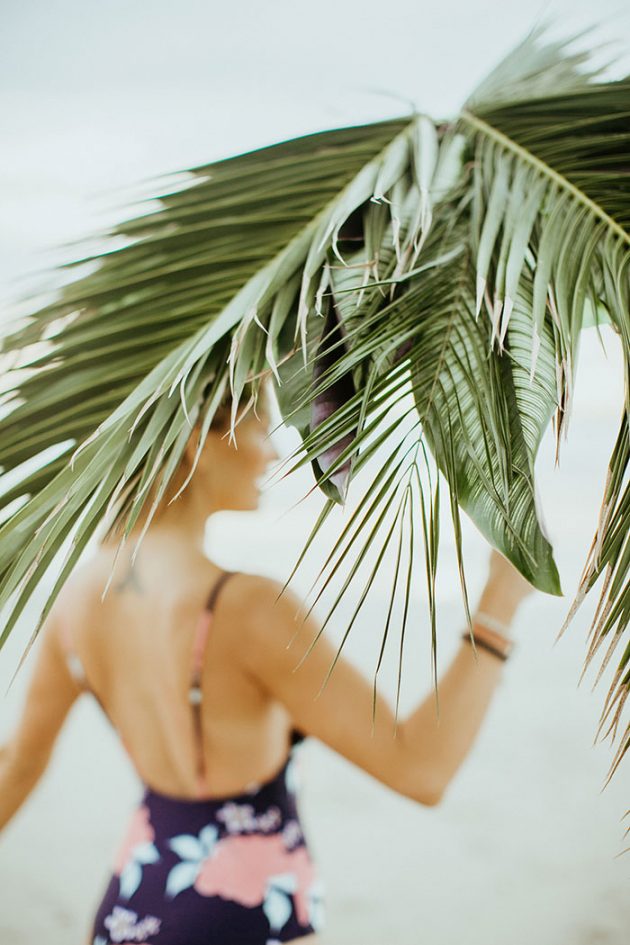 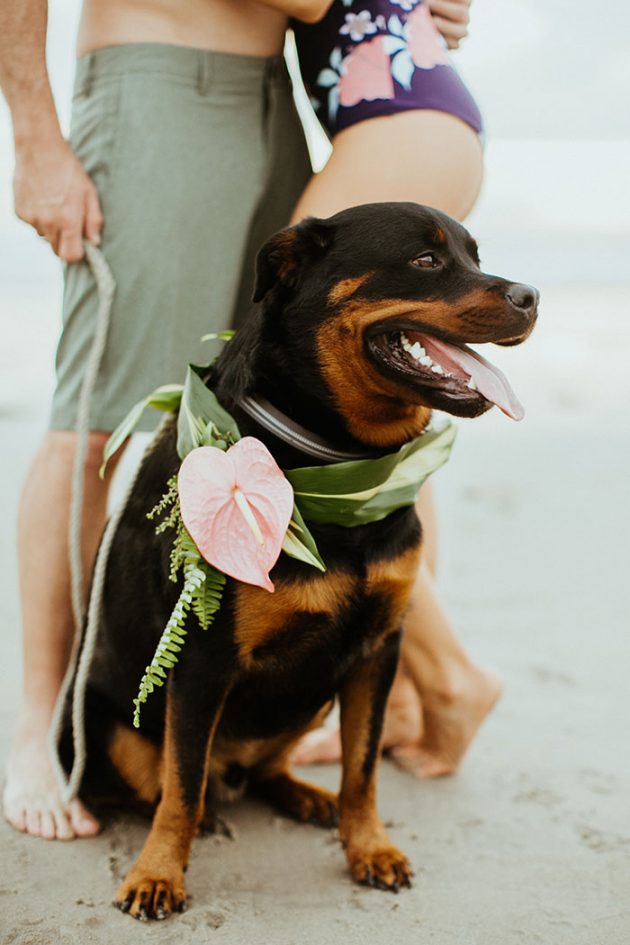 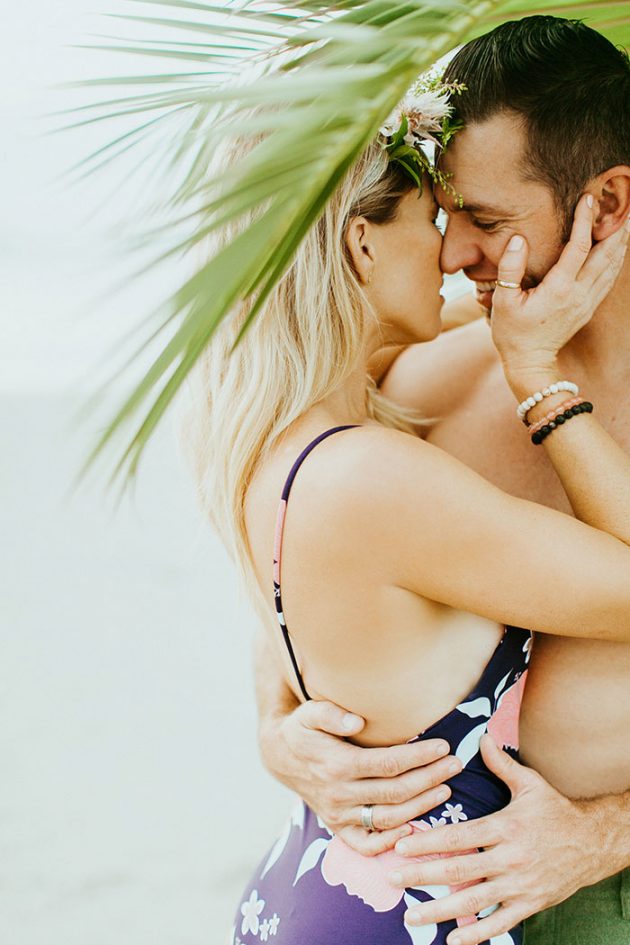 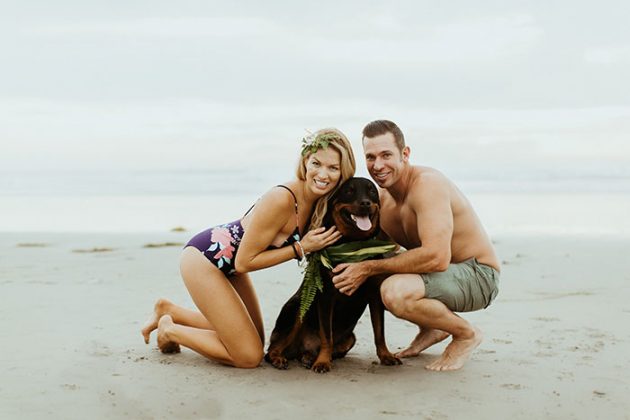 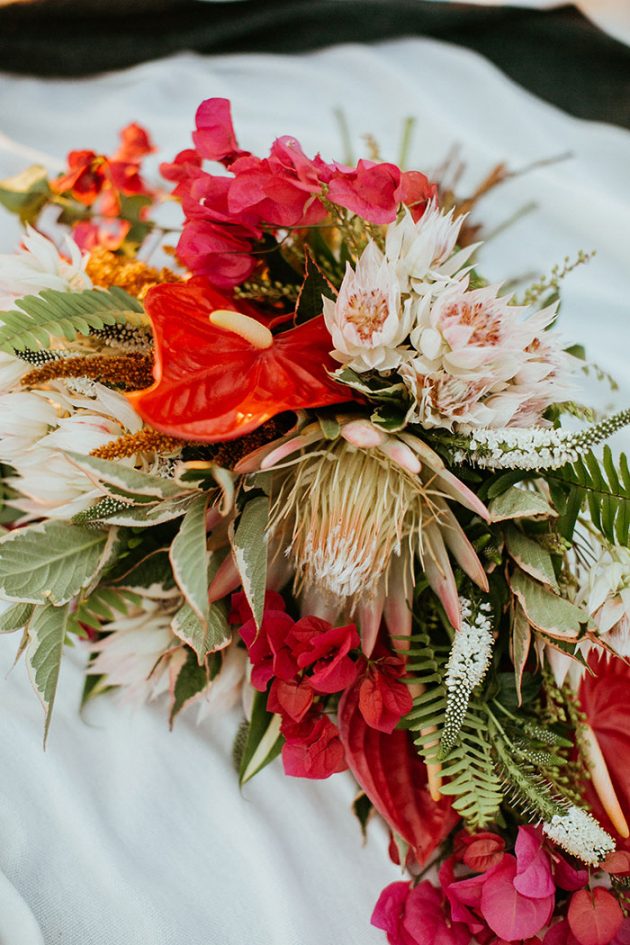 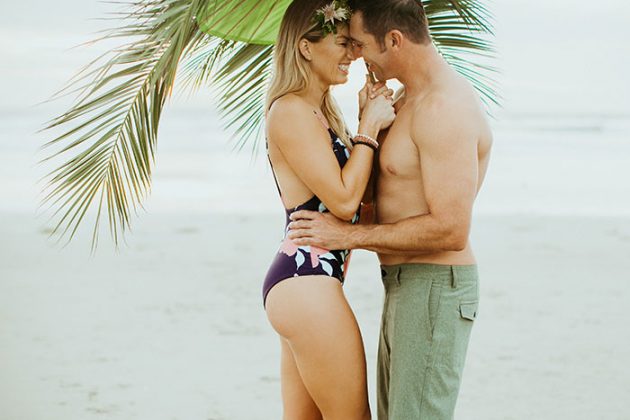 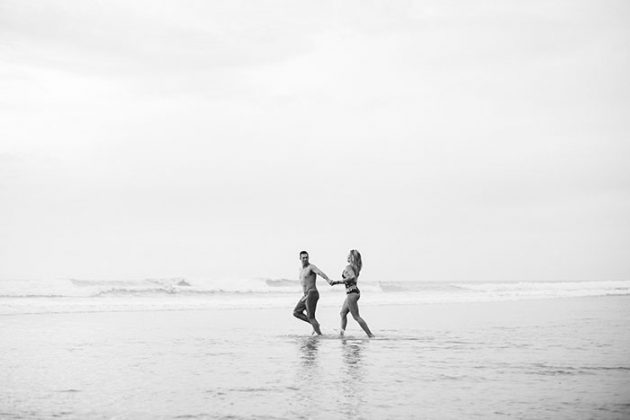 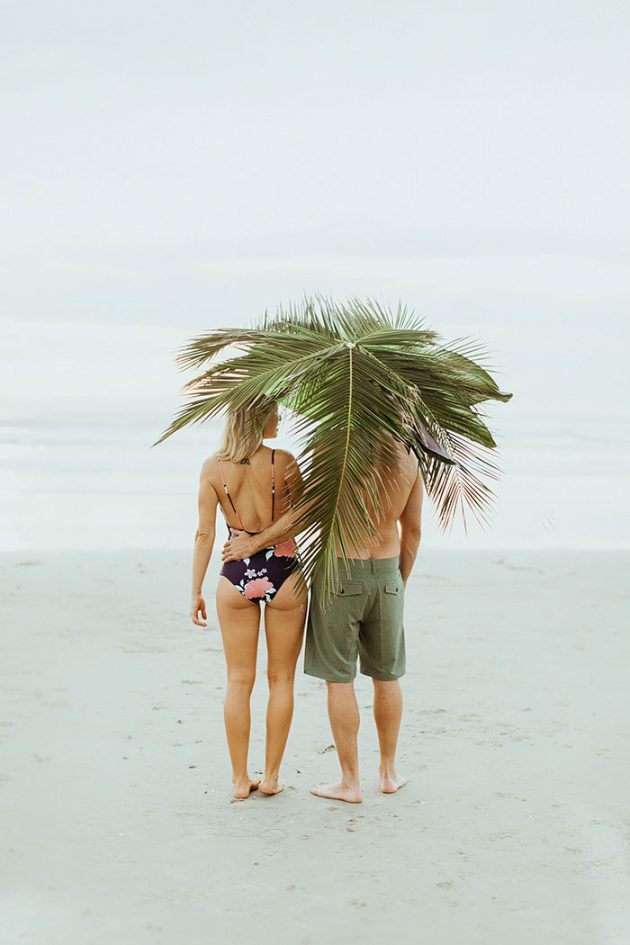 The day he proposed he had planned for us to go watch the sunset at Polihale. I had the feeling he was up to something as I’ve never seen him restless! He made dinner at our condo ahead of time and packed it up for us to have a picnic. Let me tell you, heading to this beach is not your normal drive. You have to off-road for about a solid 20 minutes on a bumpy road. I’ll never forget him driving so fast and I bet it was all because his heart was beating beyond control! Little did I know mine was soon to be the same. He set up camp upon arrival & even made me a little fort with his surfboard and towel so I could hide underneath during a typical Polihale wind storm. He went for a super quick swim & next thing I knew he was on one knee with the most beautiful ring he had designed himself. Smitten I said “yes!” and I could never have been happier. 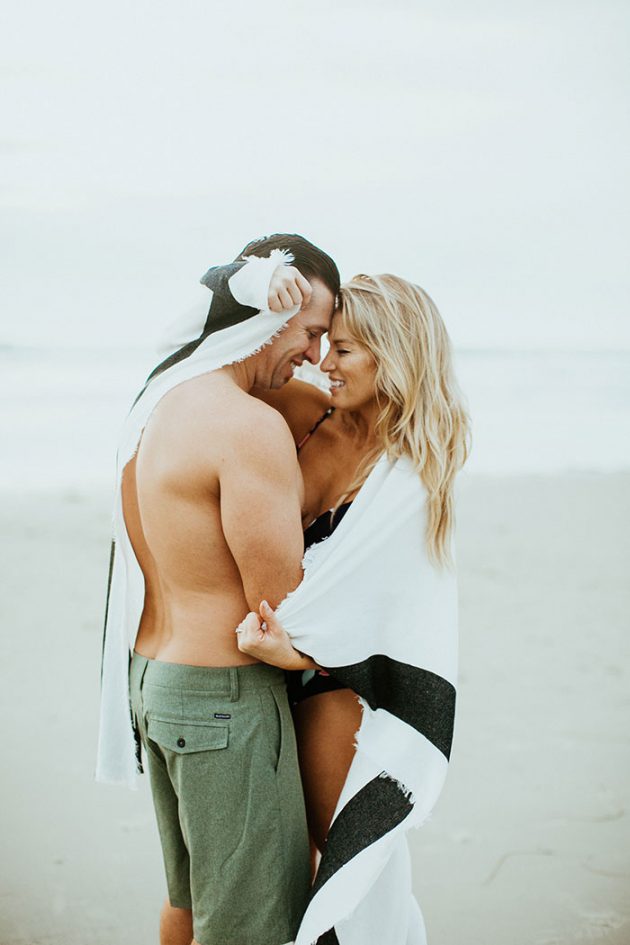 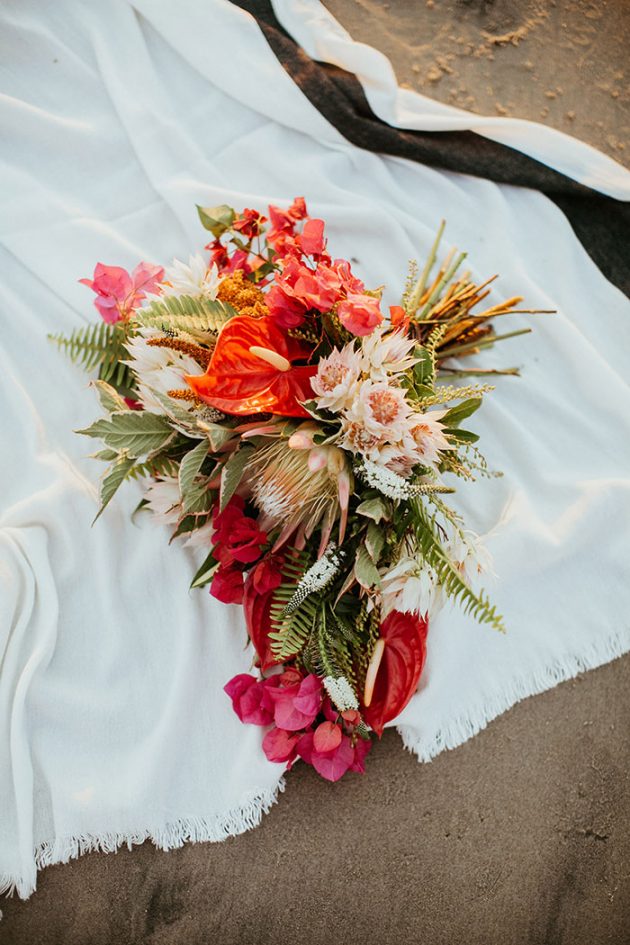 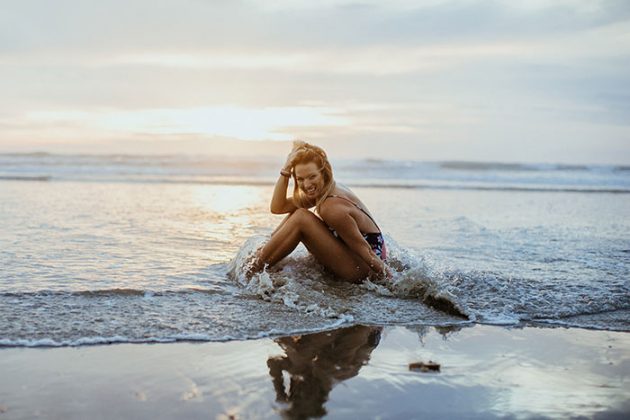 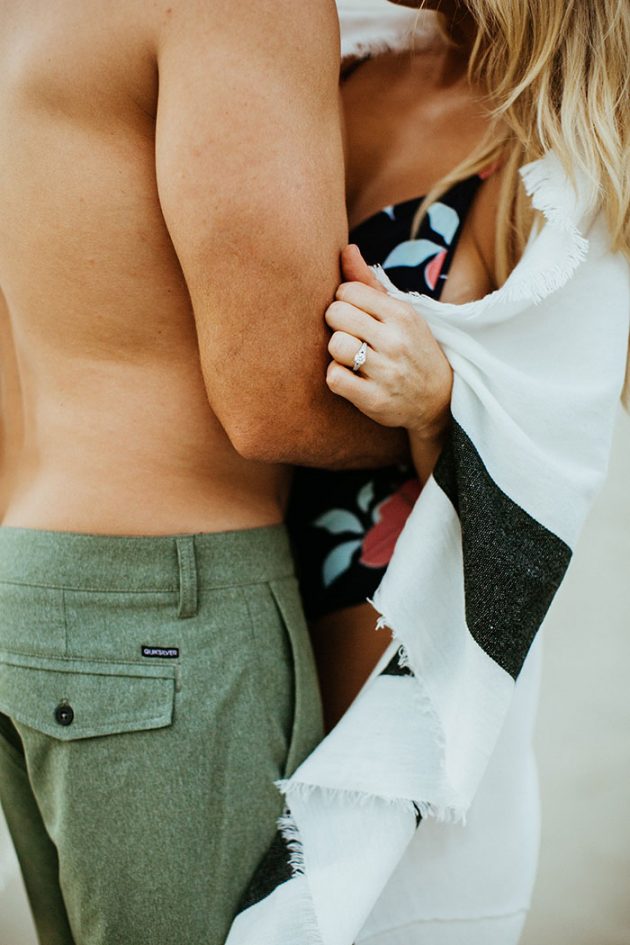 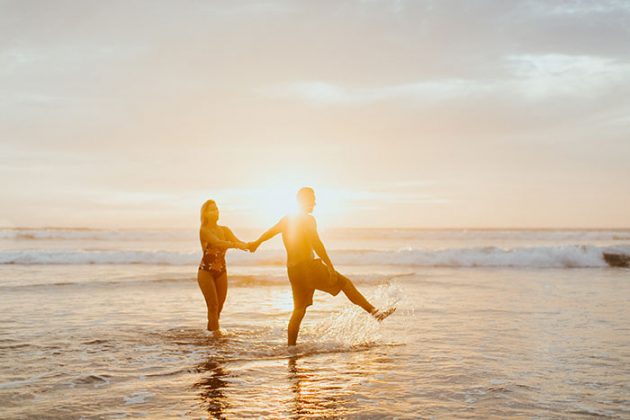 I feel very lucky to have met Cove that day in Del Mar, and am so glad my best friend stopped him on that stair well. We are so thankful to be traveling back to Kauai to get married this September. Our journey has been nothing less than amazing and we are so excited to start this new chapter in our lives.