Emily and David married at the Beverly Hills Courthouse in front of friends and family and spent the ensuing weekend celebrating without the pressure of a ceremony. They celebrated their nuptials with a fabulous party planned by HoneyFitz Events on the rooftop of  The London West Hollywood at Beverly Hills. Pink florals by Bent Willow accent the urban-glam rooftop spaces and a clever cake by The Butter End Cakery is a highlight. Anna Delores Photography was on hand to capture all the gorgeous details in her signature style. 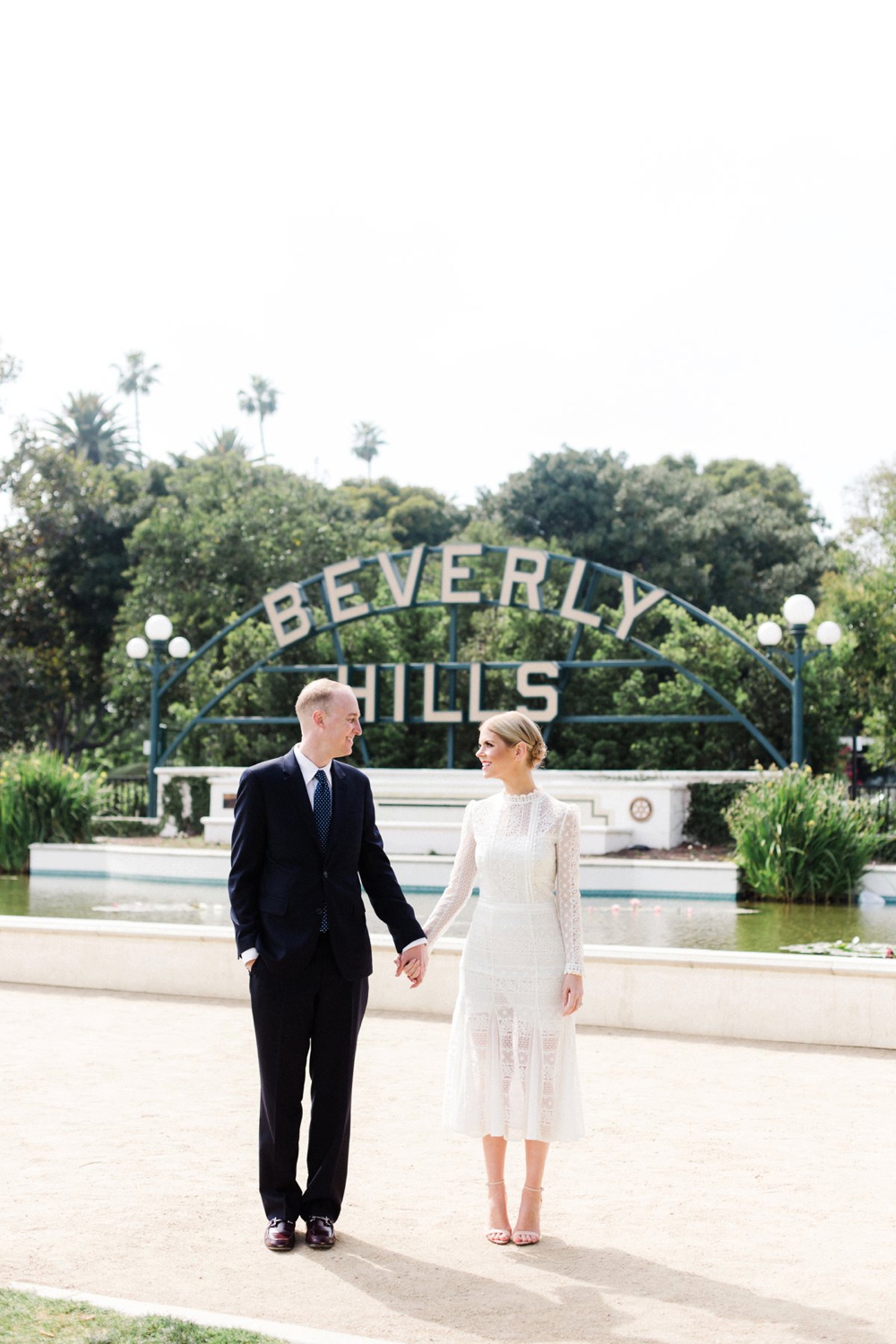 Emily and David went to the Beverly Hills Courthouse and got married in front of family. They spent the entire weekend celebrating with friends without the pressure of a ceremony. They wanted their family and friends to have a nice weekend in L.A. and having the party on the rooftop of the London Hotel gave people a nice view of the city – and it also happened to be across the street from where they lived in West Hollywood. 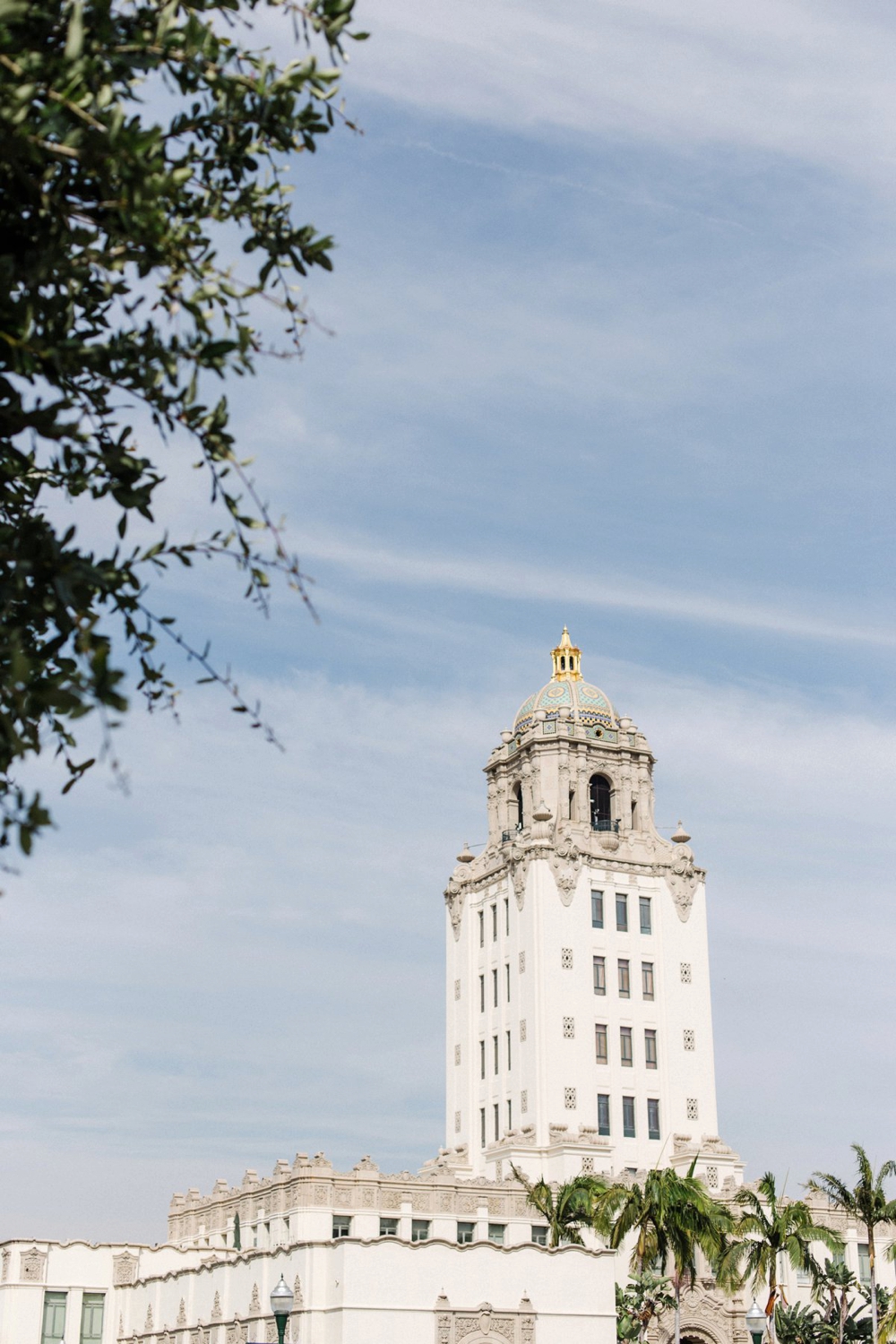 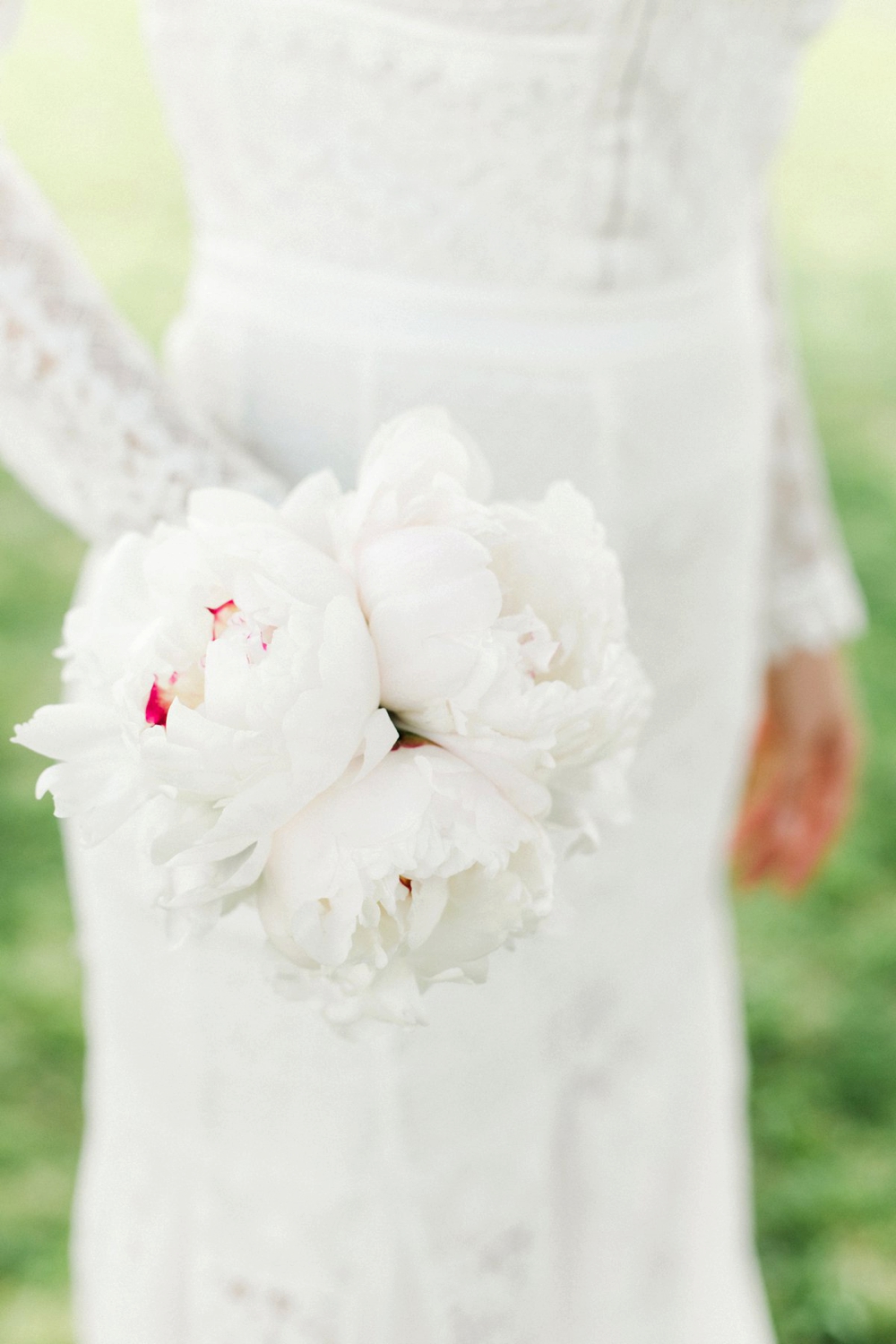 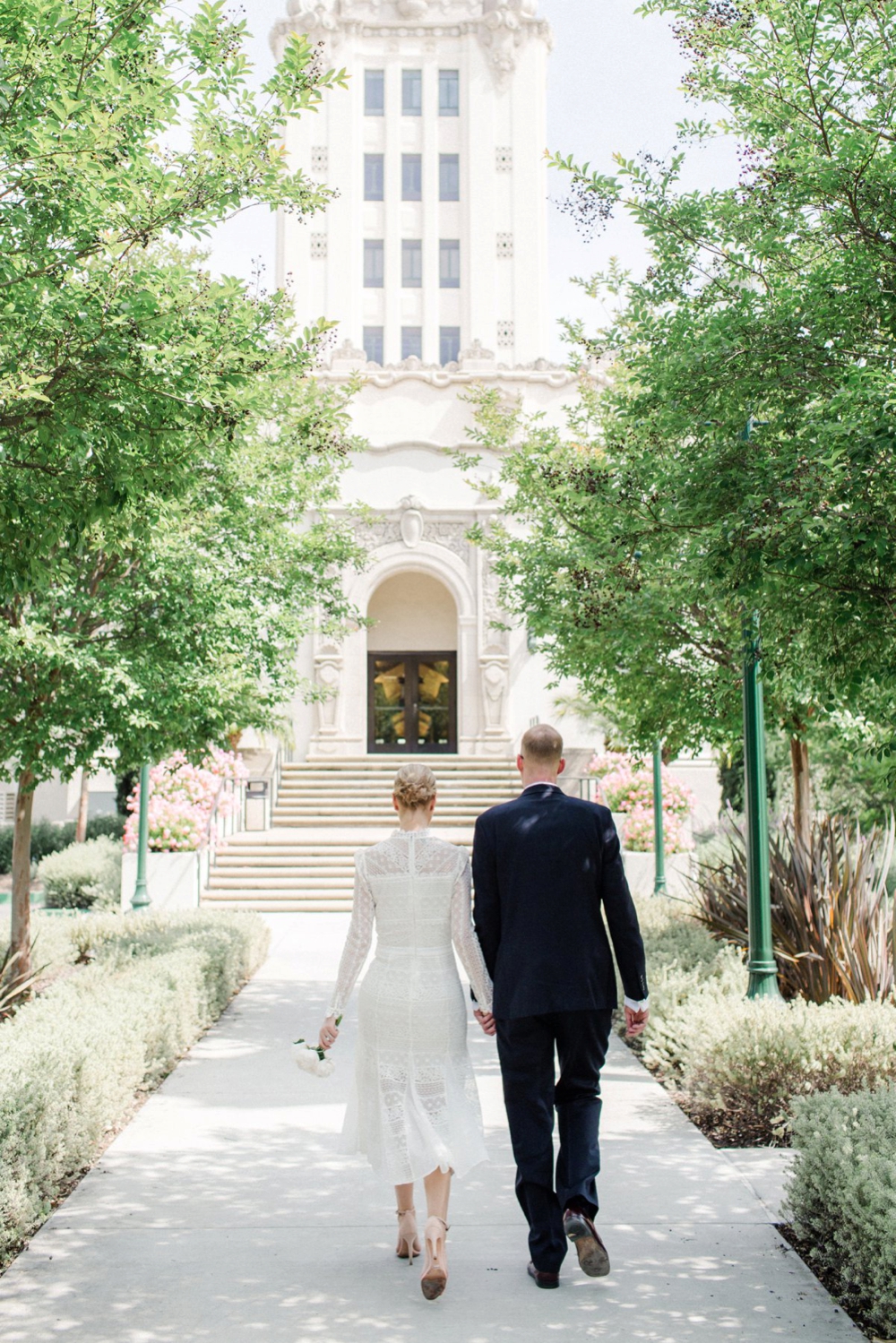 Emily wanted a non-traditional dress for the party and found it while they were traveling abroad in London. It’s a Roland Mouret dress that fit the vibe of elegant but fun. 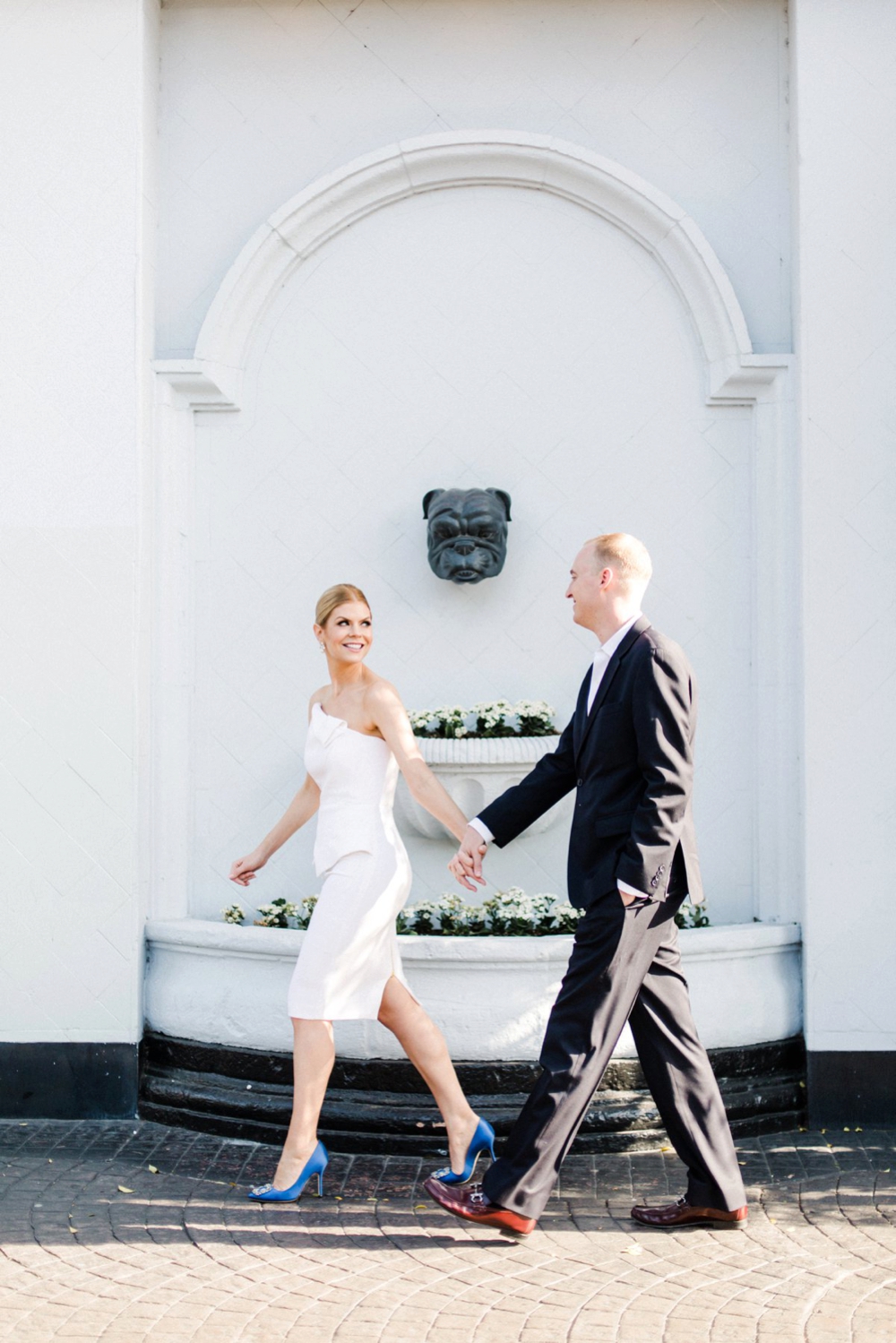 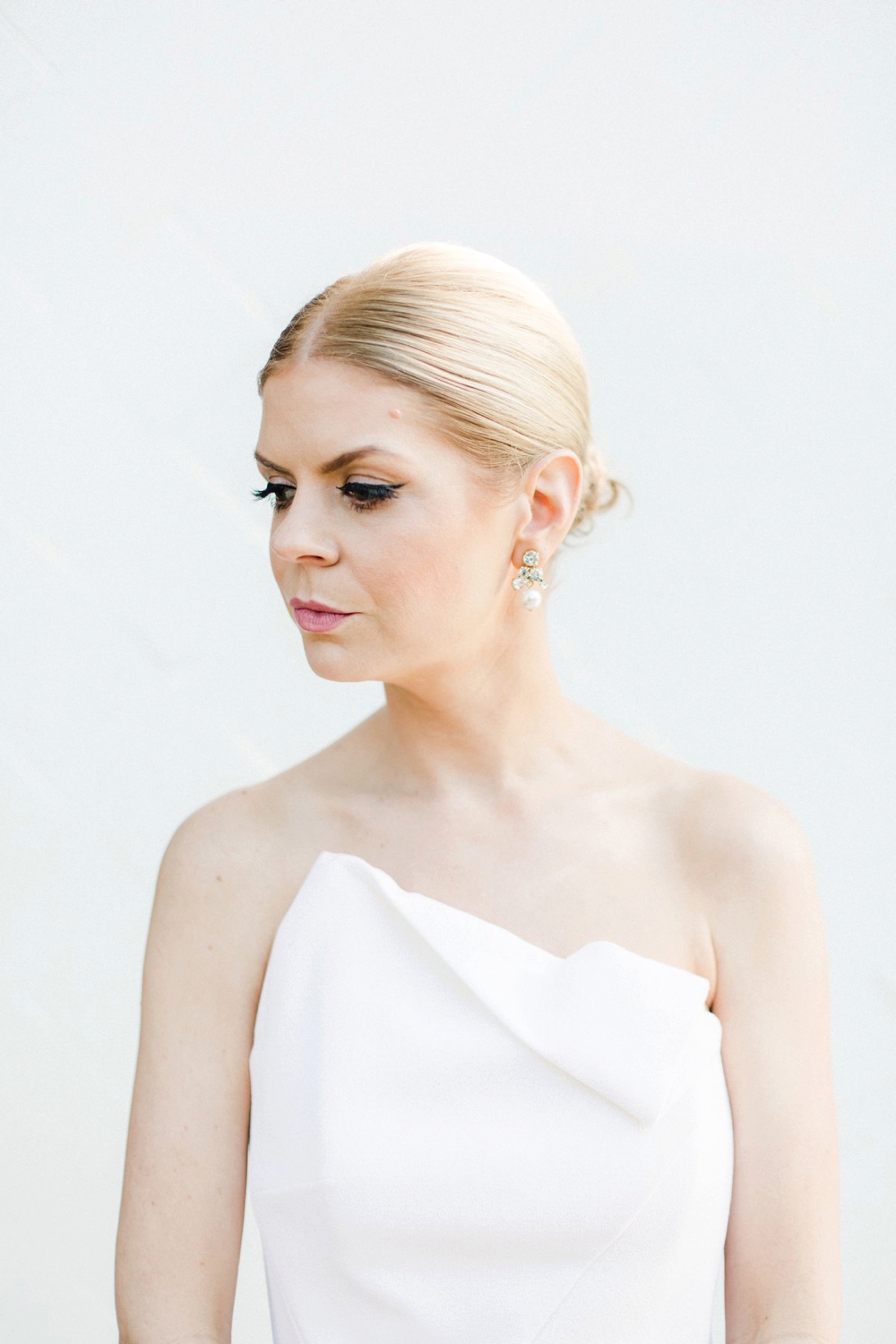 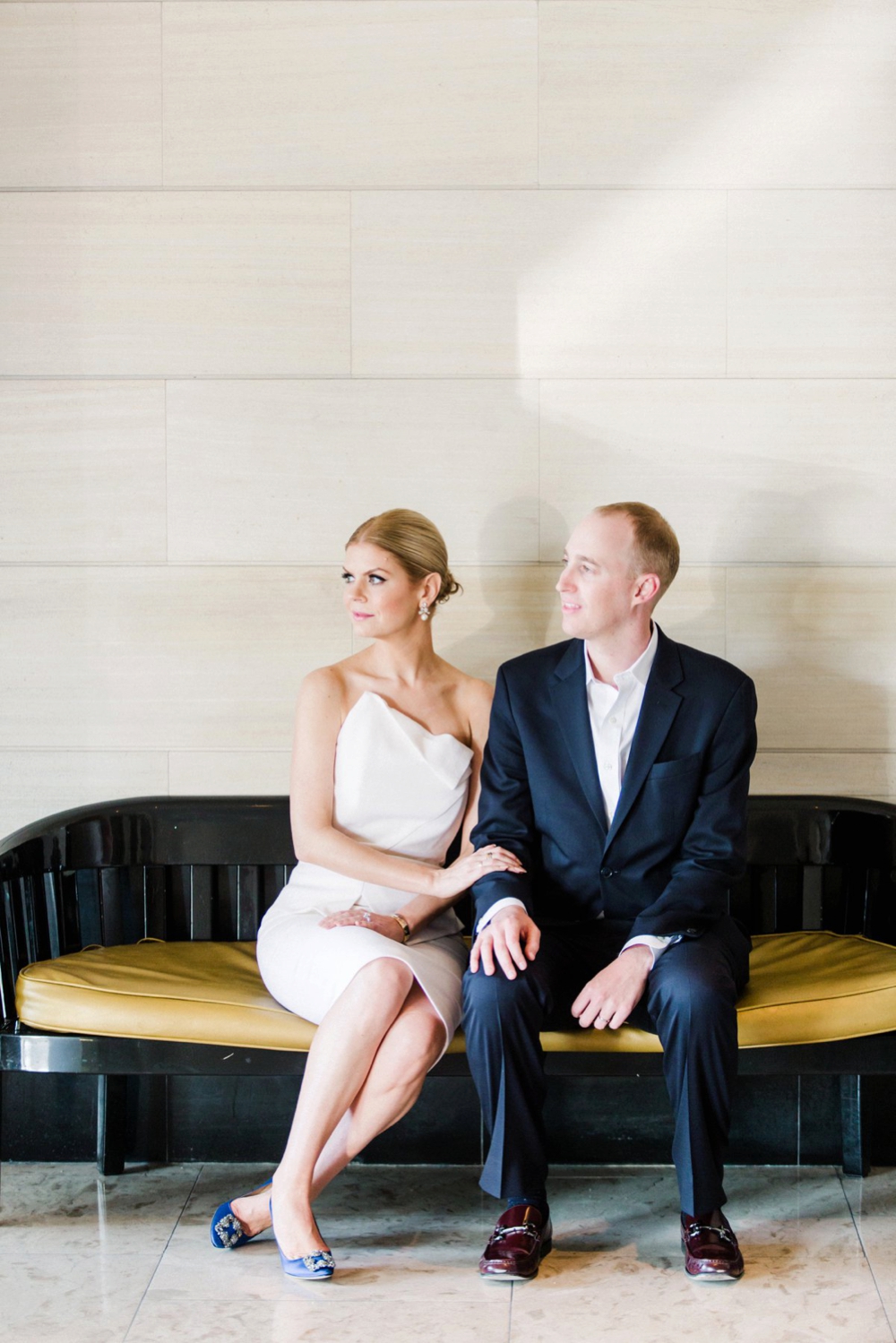 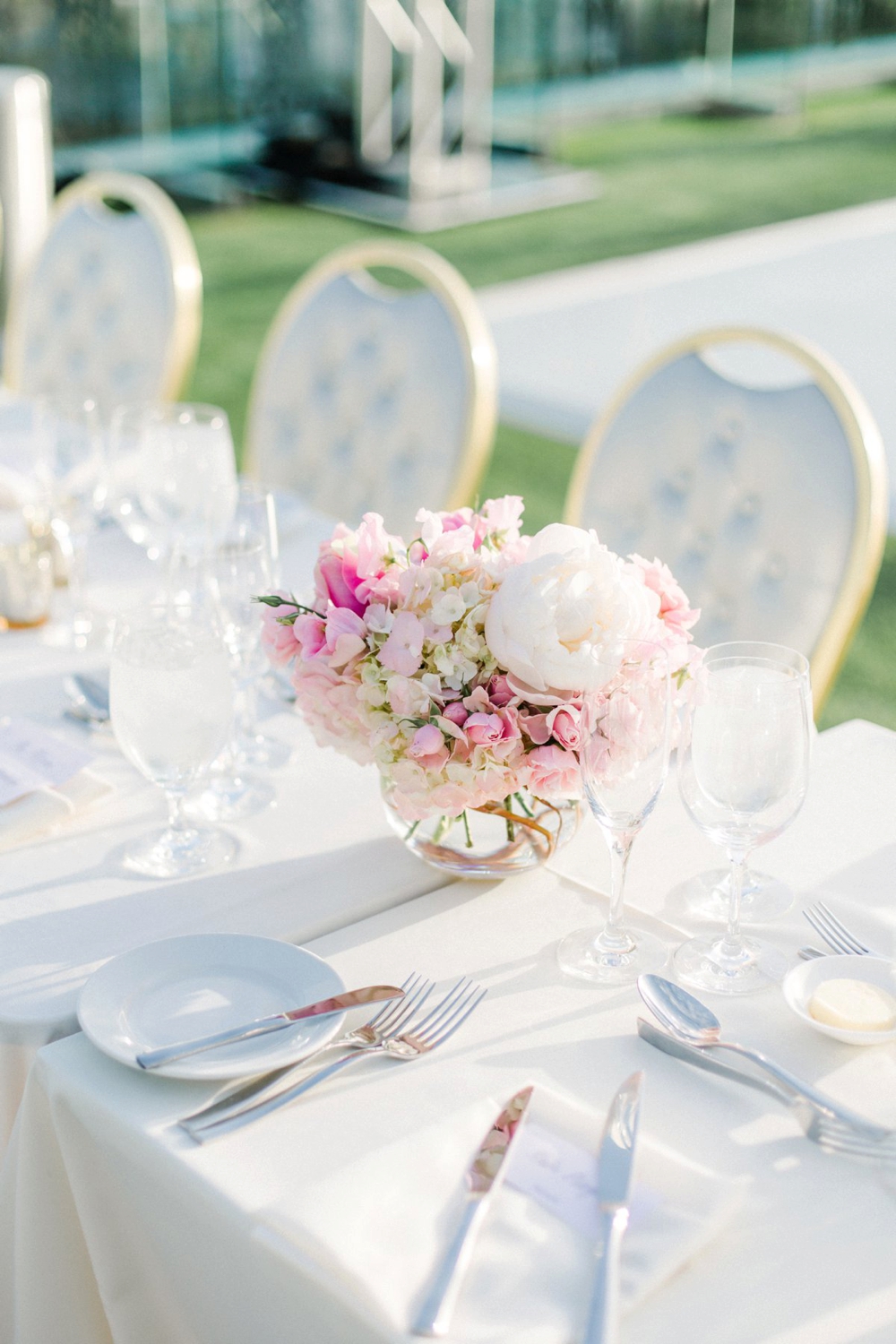 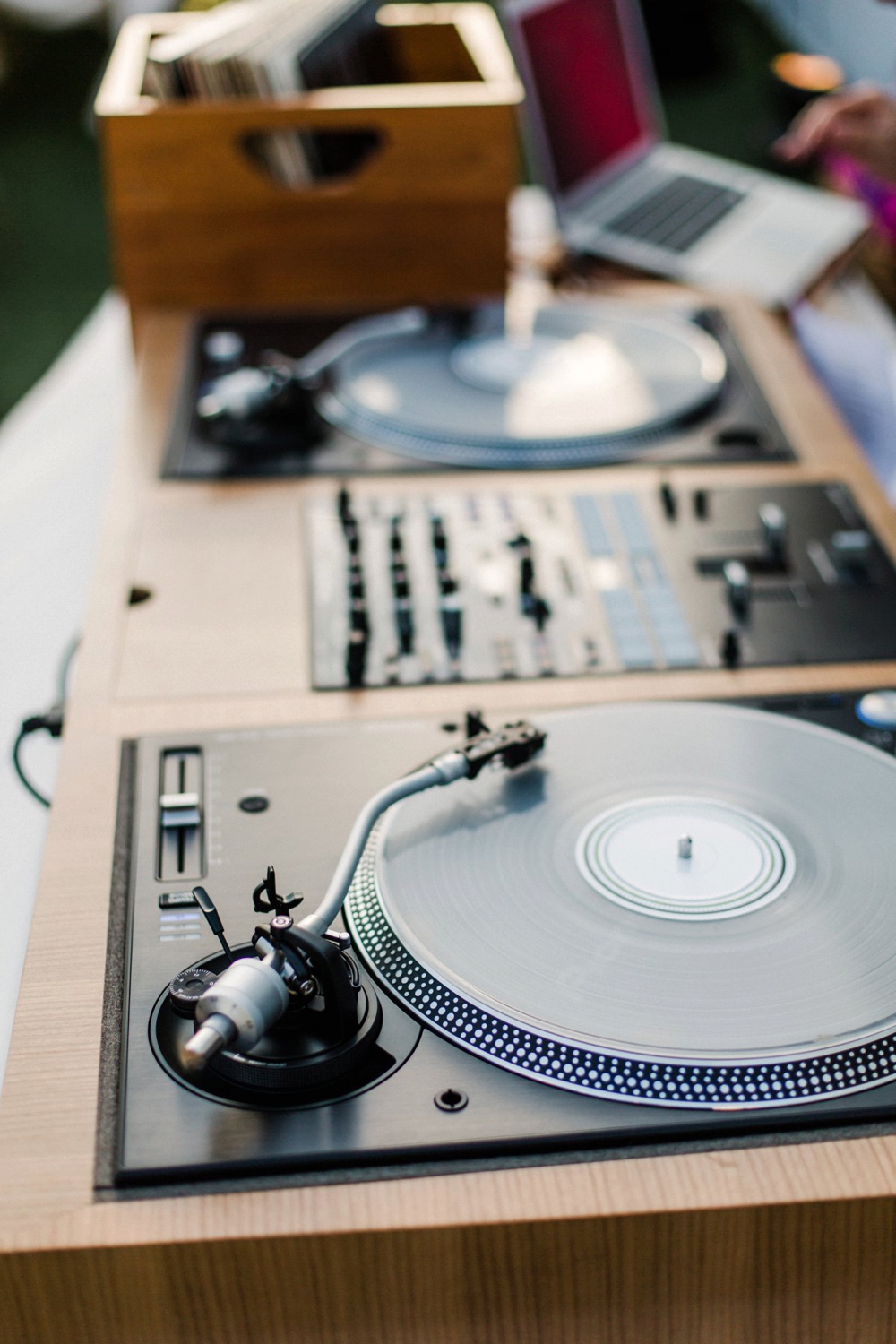 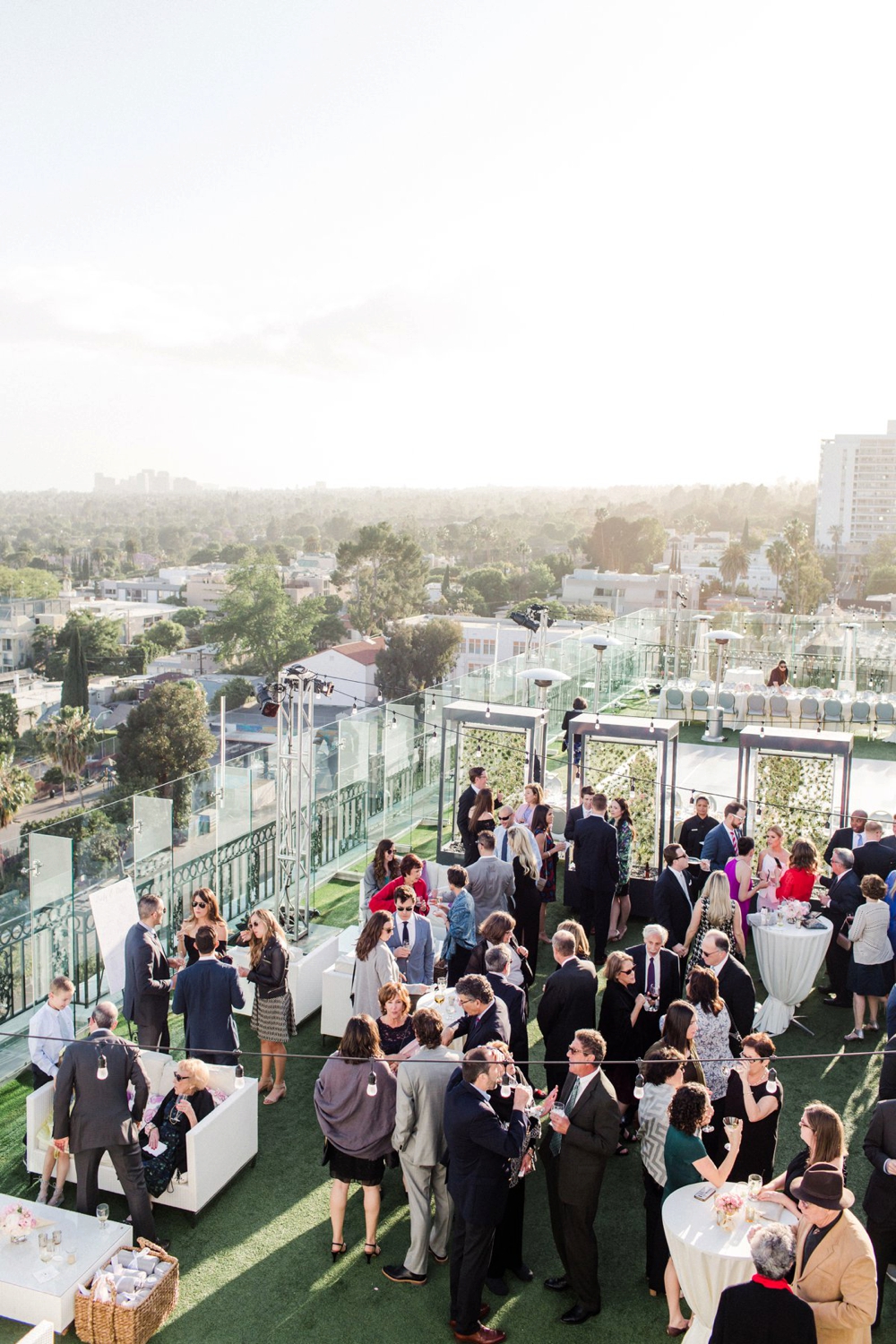 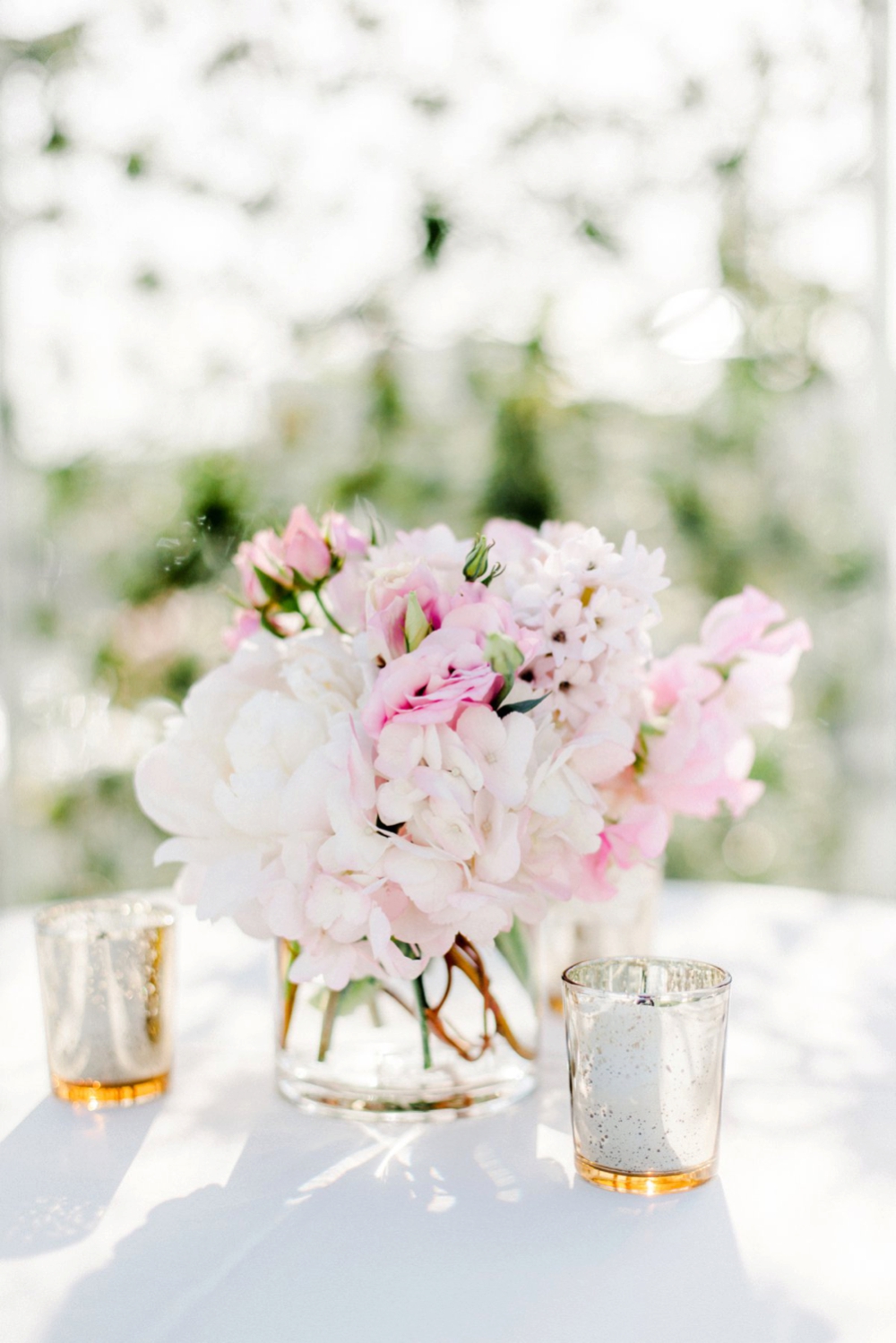 The night before the party, instead of a traditional rehearsal dinner, they had a food truck from Pie N Burger, a place where David and his family have been going for as long as they can remember. Their wedding cake featured their pug Woodson on it, which was very special to them. 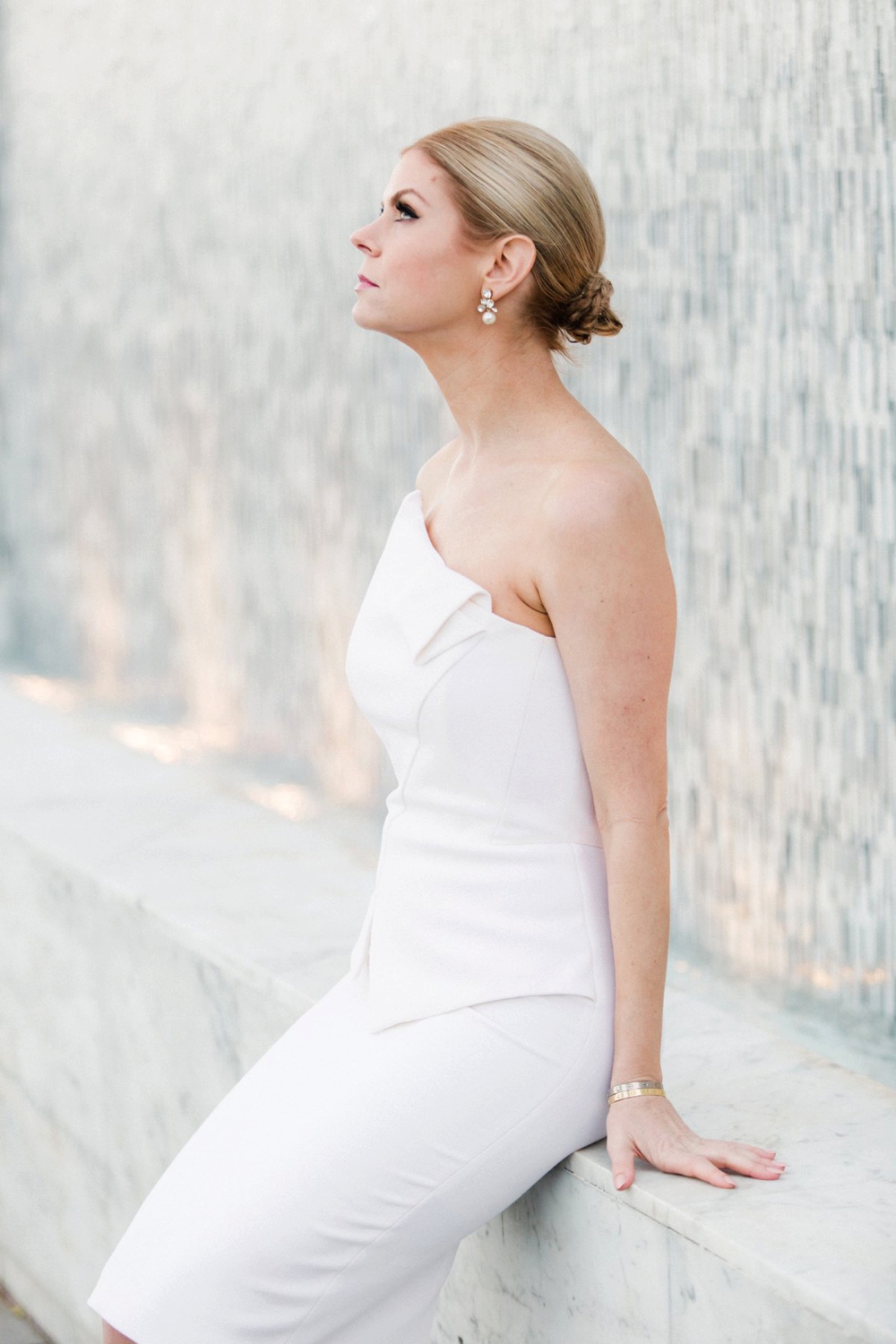 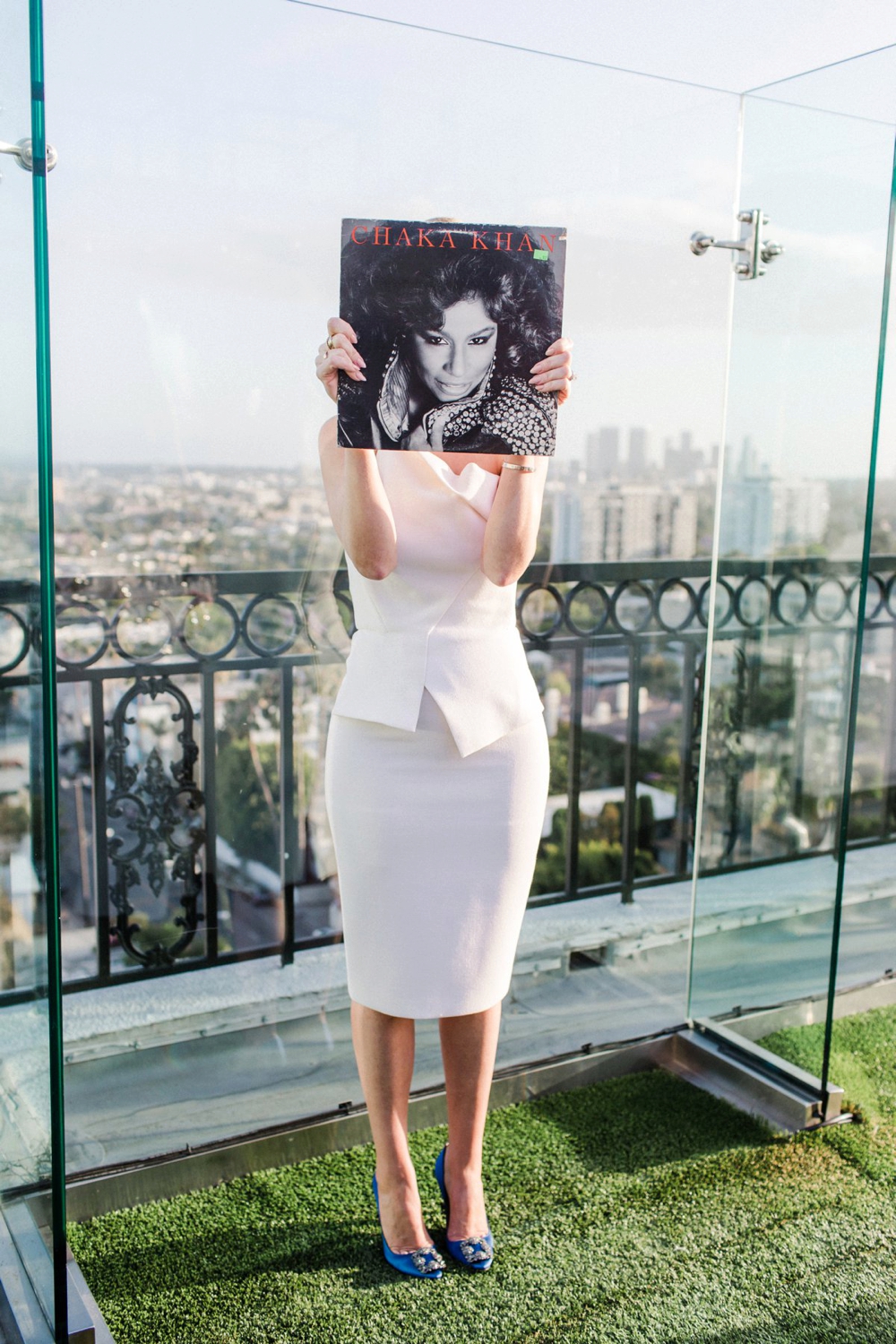 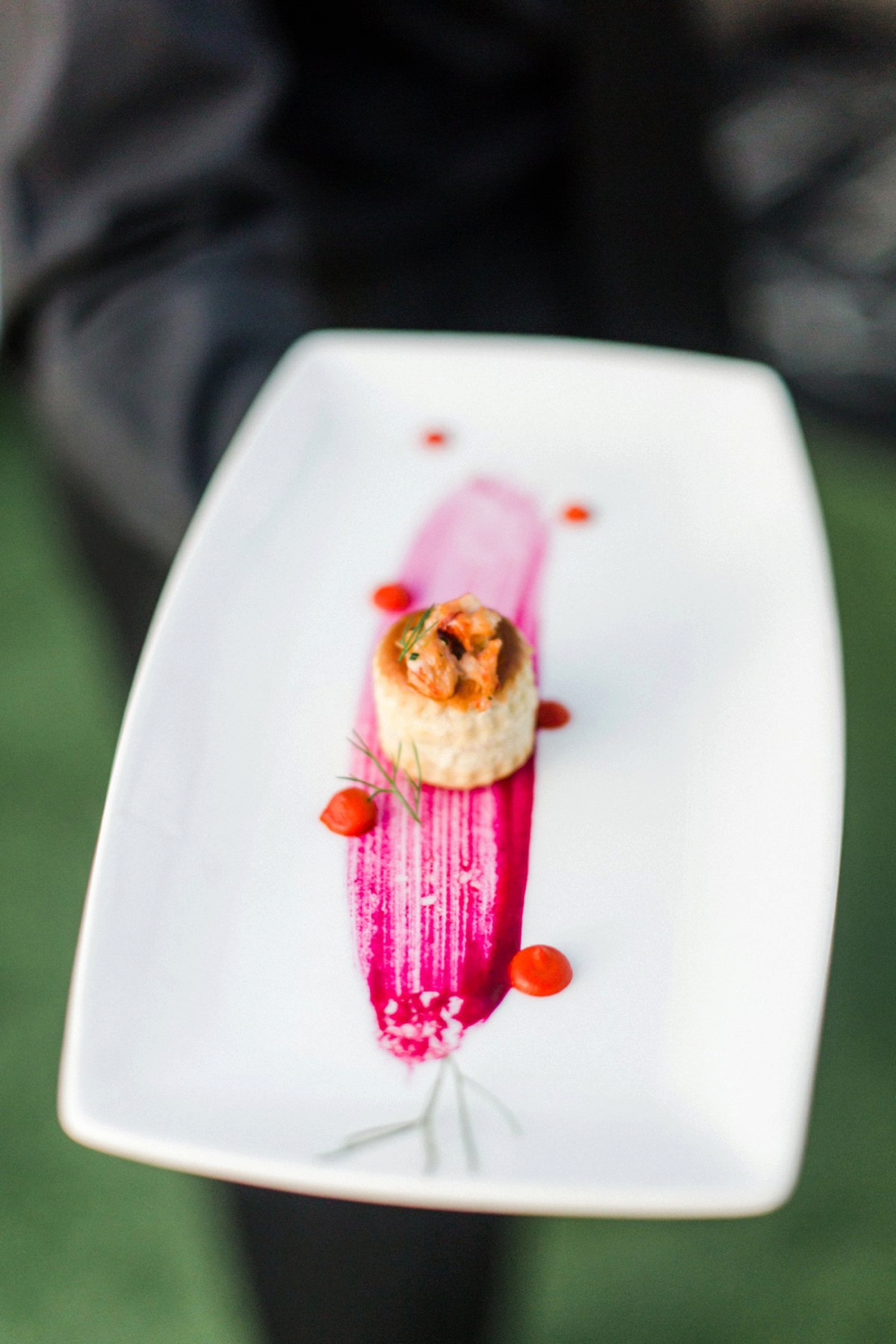 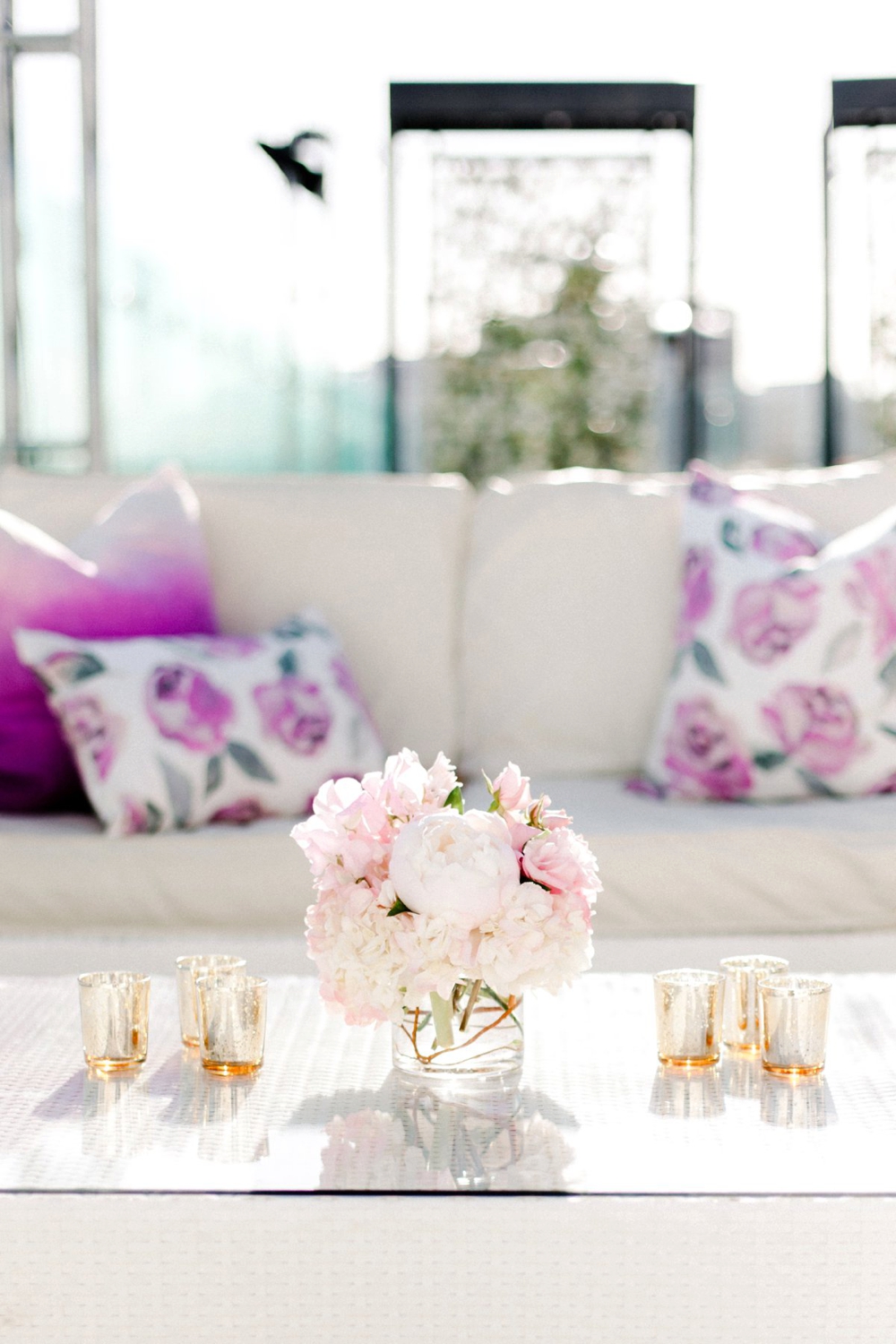 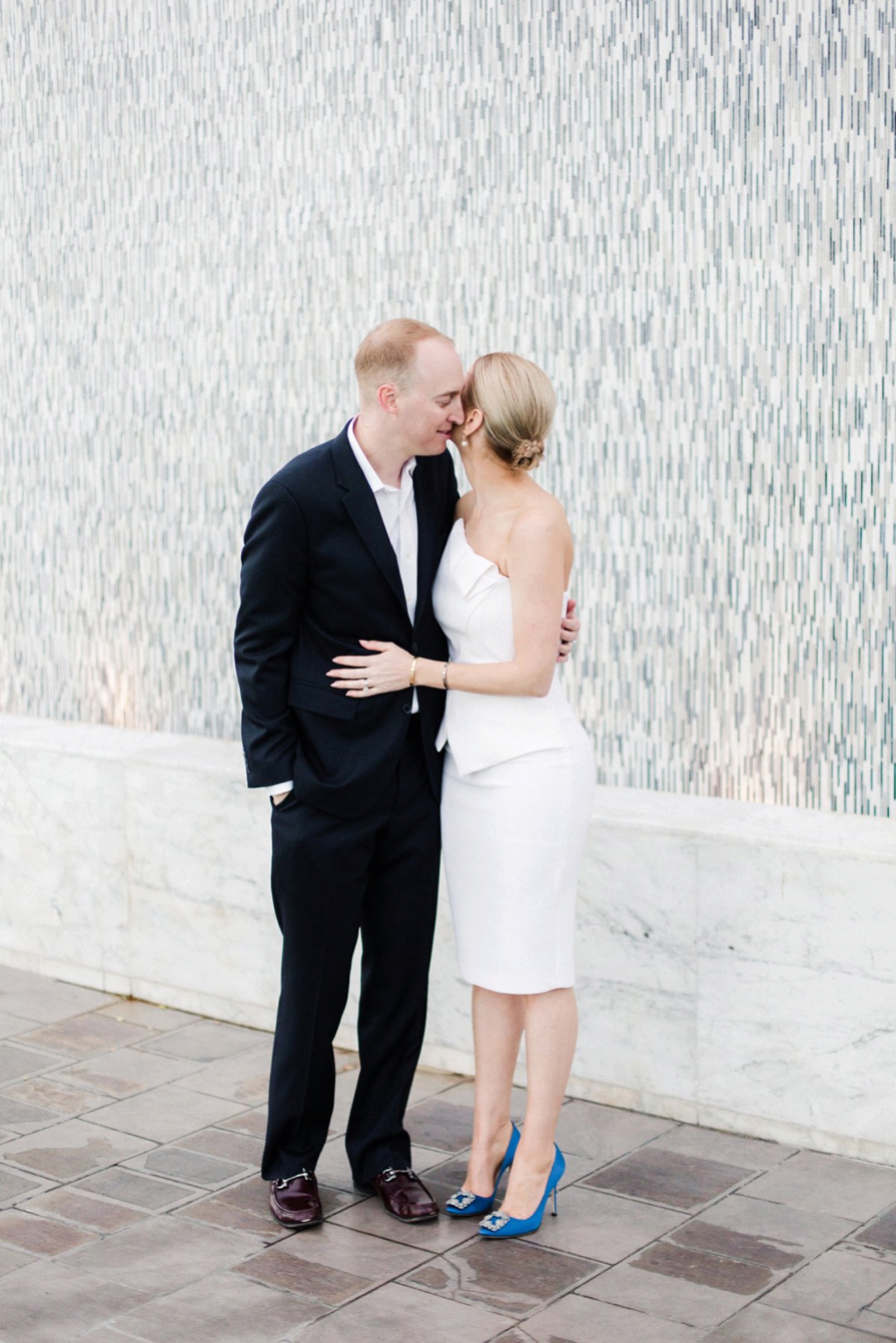 They just really enjoyed being able to celebrate with their family and closest friends. 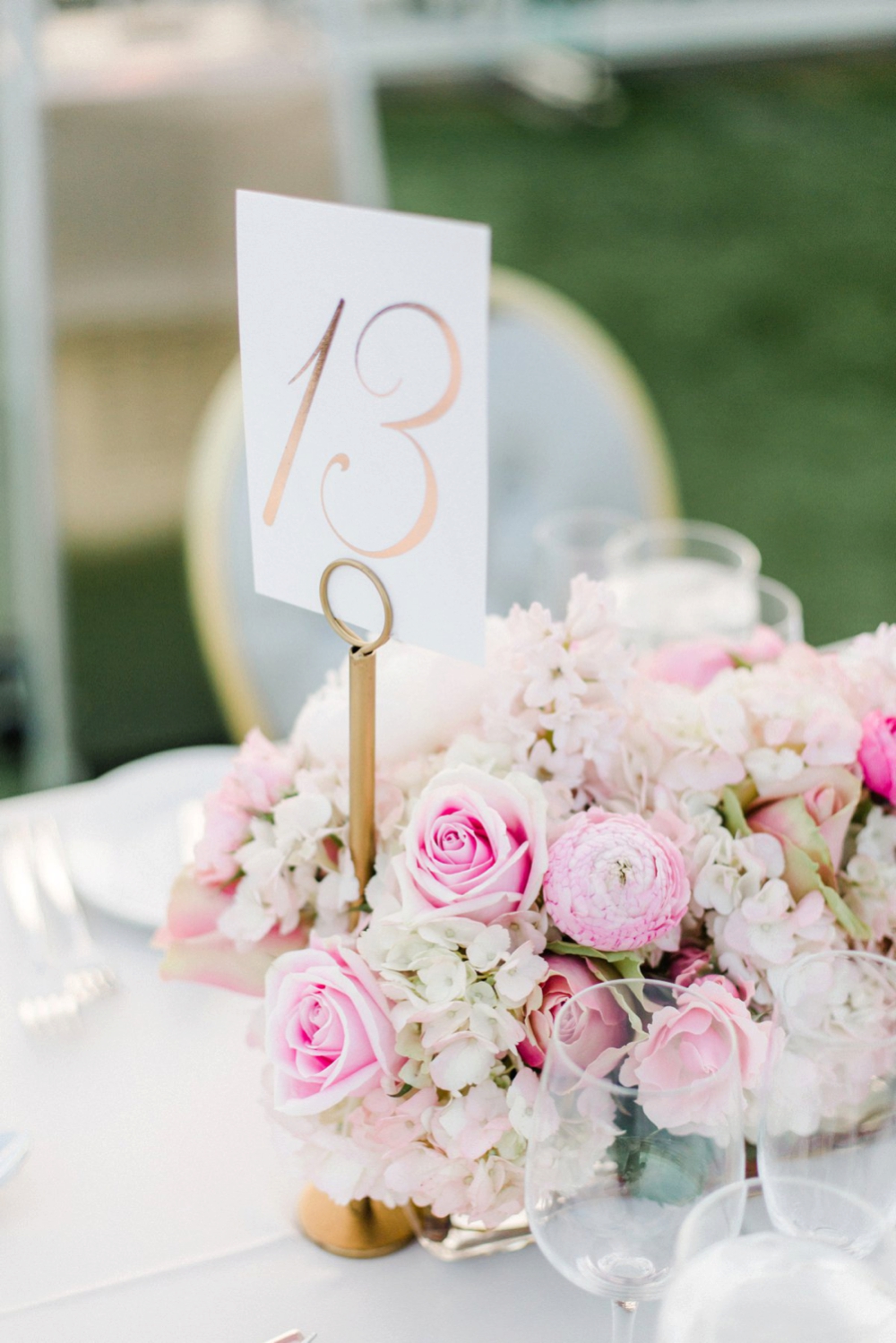 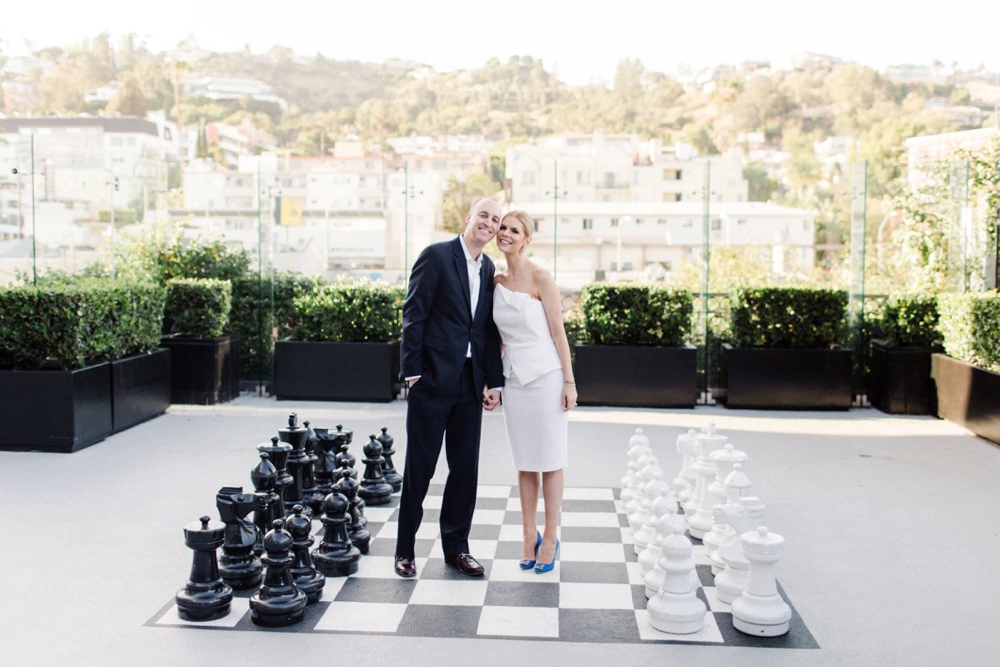 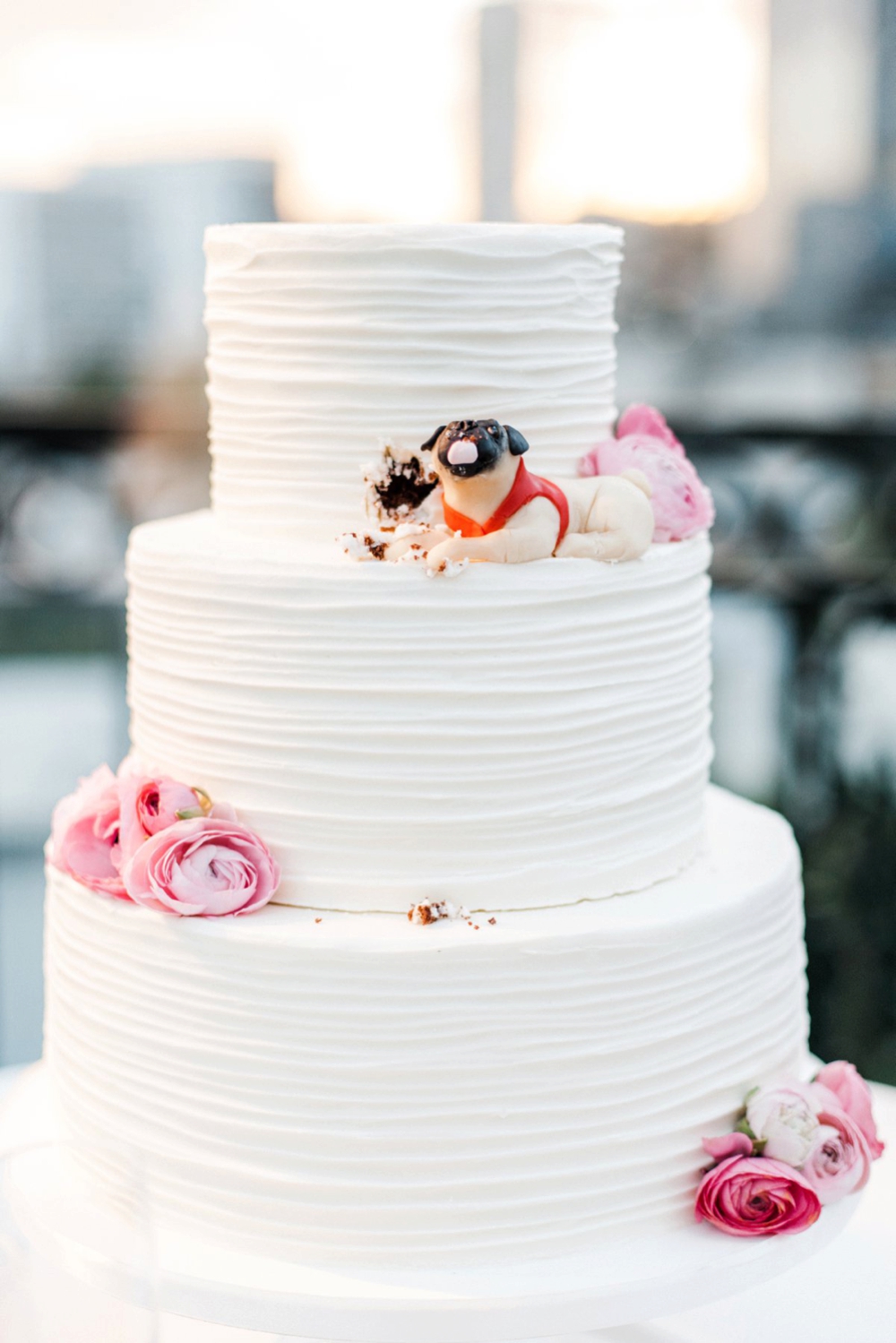 Emily and David met through a mutual friend in 2007 when Emily was visiting LA from Boston to see her friend from graduate school, who happened to be David’s co-worker and roommate. Their paths crossed a few times through the years, but after crossing paths again in 2011, and after some prodding from David, Emily and David started dating long distance in early 2012.

Emily and David adopted a pug named Woodson in 2013 and David knew he wanted him to be part of the proposal, so he put a little bathrobe on Woodson with the engagement ring in the pocket with a card attached and told him to go find Emily. In the card, David told Emily to check the pocket where Emily found the ring. 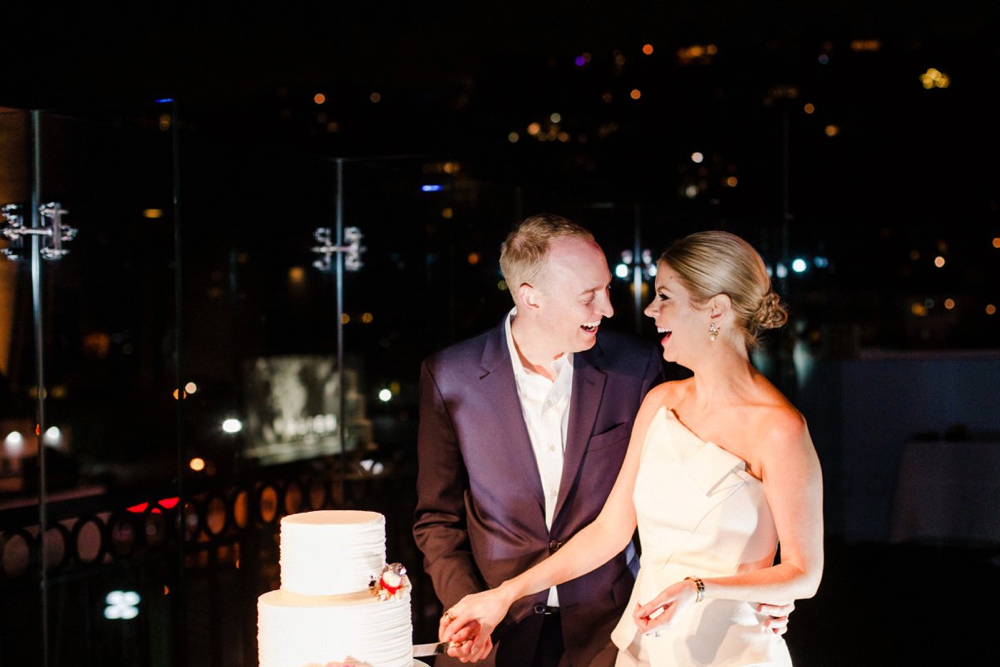