Ali and Conrad were college sweethearts at Duke University, but careers pulled them apart graduation. Five years later, they reunited and eventually became engaged on campus where they first met! With Chapel Hill Country Club as the setting for the big day, we love that the pair insisted guests have a memorable and relaxing evening (think pre-ceremony cocktail hour with a jazz trio!). Ali’s gorgeous bridesmaids all chose their own gowns, and we’re pretty much OBSESSED with their glow! We also love how the wedding date–June 21st–was the Summer Solstice, set the theme for the wedding design, carried out by Erin McLean Events. The images by Graham Terhune are absolutely breathtaking and we know you’re going to love the details Ali shared with us! 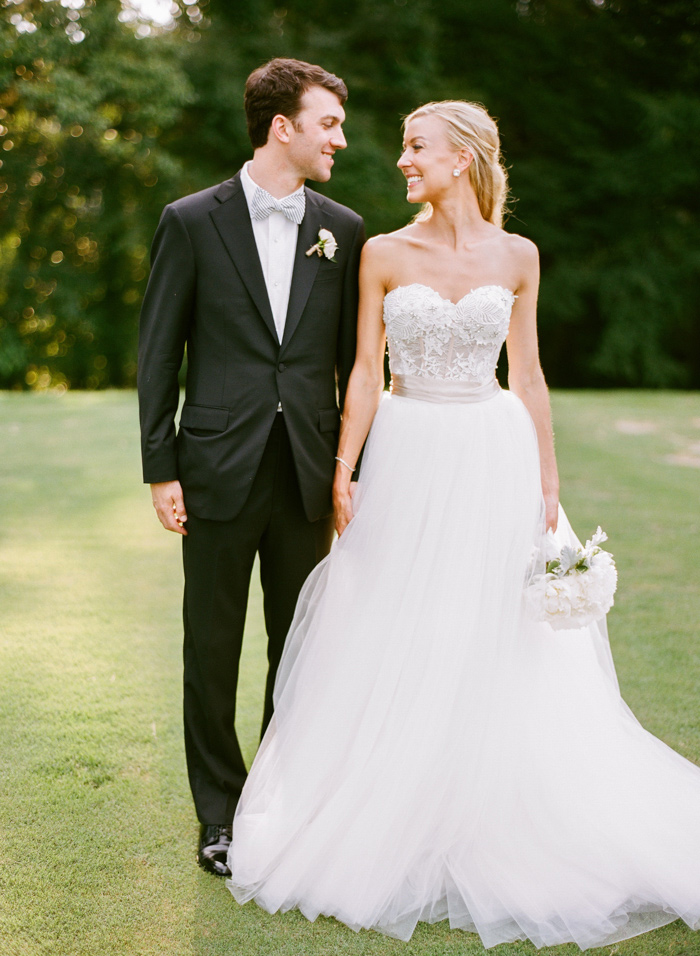 What made your wedding special and unique?

It was important to Conrad and I that the entire wedding weekend was memorable and enjoyable for our guests — great food, great wine and great entertainment were paramount! To start the night off on a lively note, we decided to switch up the typical order of events by hosting an all out cocktail hour before the ceremony. Instead of being ushered directly to a chair, guests were able to relax and mingle on the patio over drinks and passed hors d’ouvres – with a jazz trio playing in the background. 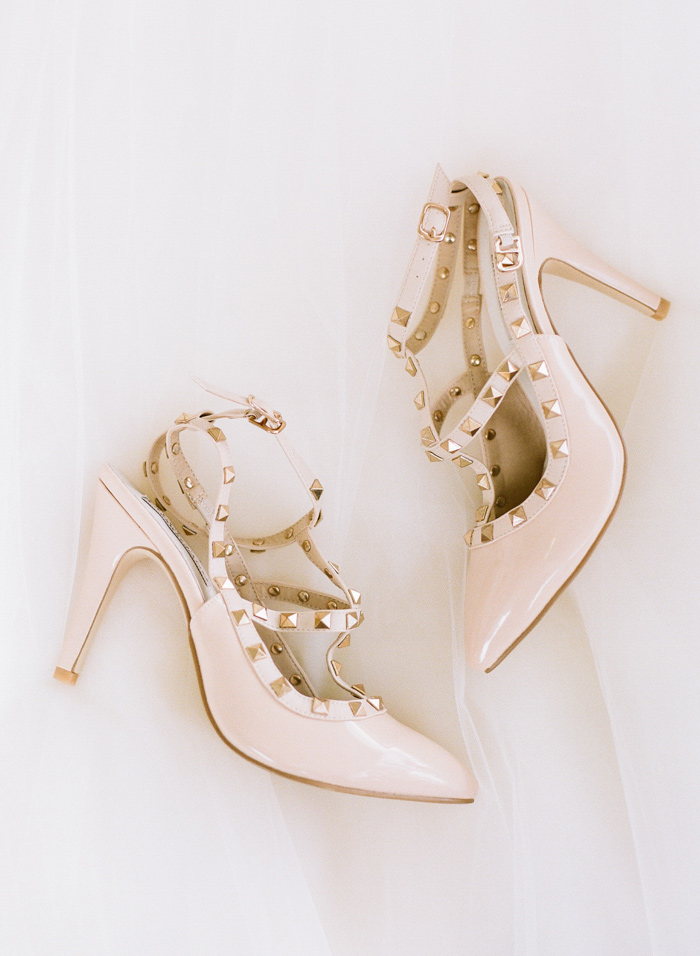 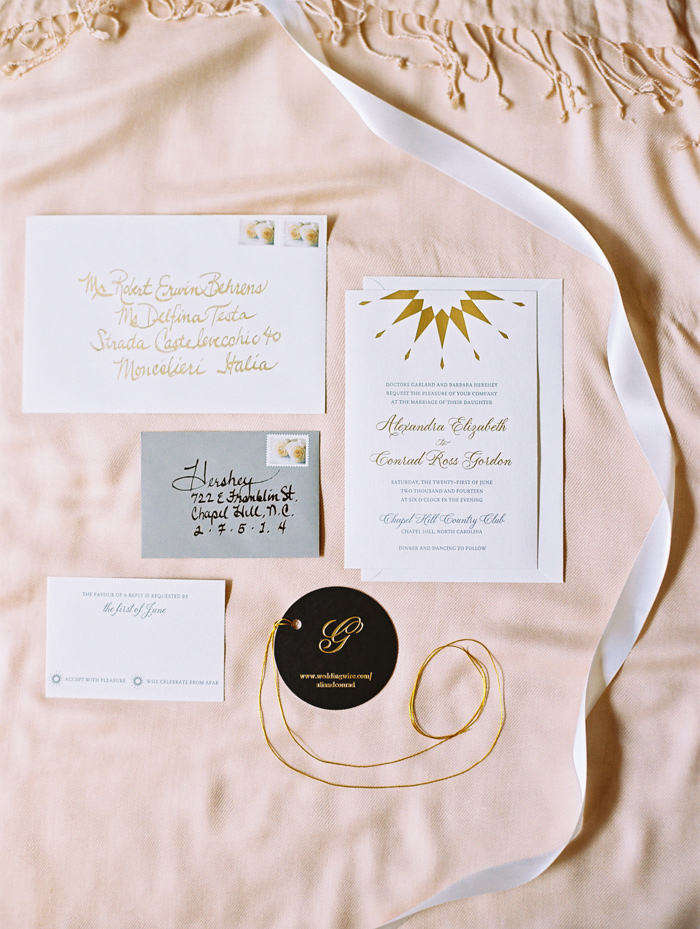 Dress shopping was one of my favorite parts of the entire wedding experience. There were SO many beautiful gowns, exquisite fabrics, amazing designers, subtle details and striking fits that it was nearly impossible to narrow my search to THE one. In the end, I chose an unconventional approach that allowed me to blend the best of all worlds – blending an incredible 19-layer tulle Monique Lhullier skirt with a strapless lace overlay cocktail dress, which was worn as a ‘corset’ initially – and later without the skirt as a short dress for our “getaway” (we actually just drove around the parking lot)! I loved the idea of mixing the aesthetic of a classically elegant gown with the fun surprise of an edgier party dress for the end of the night. 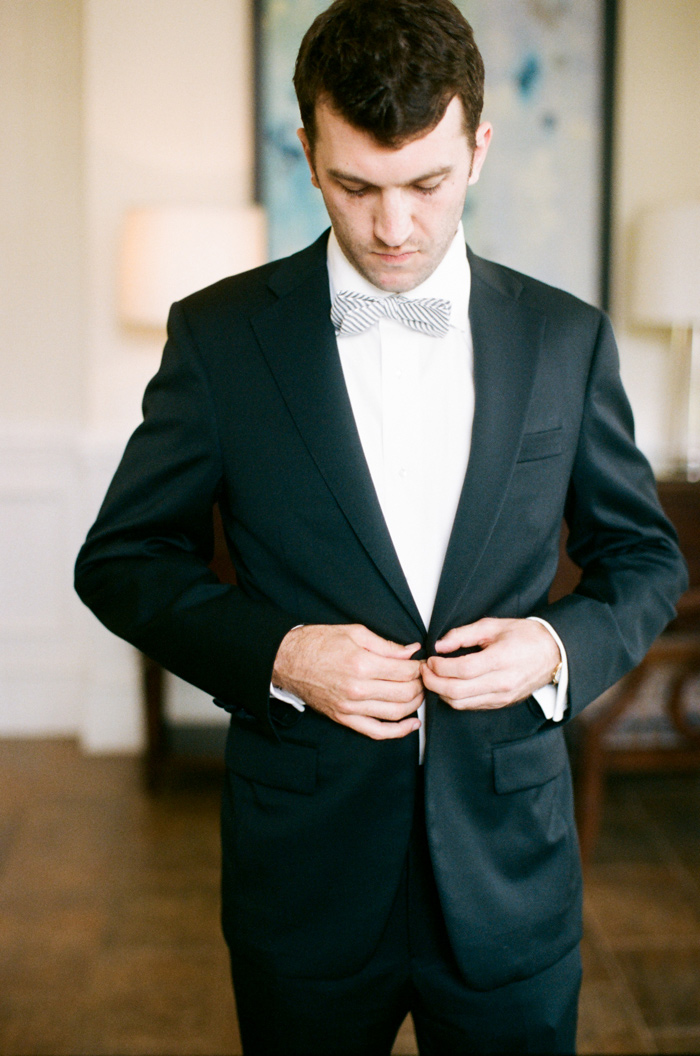 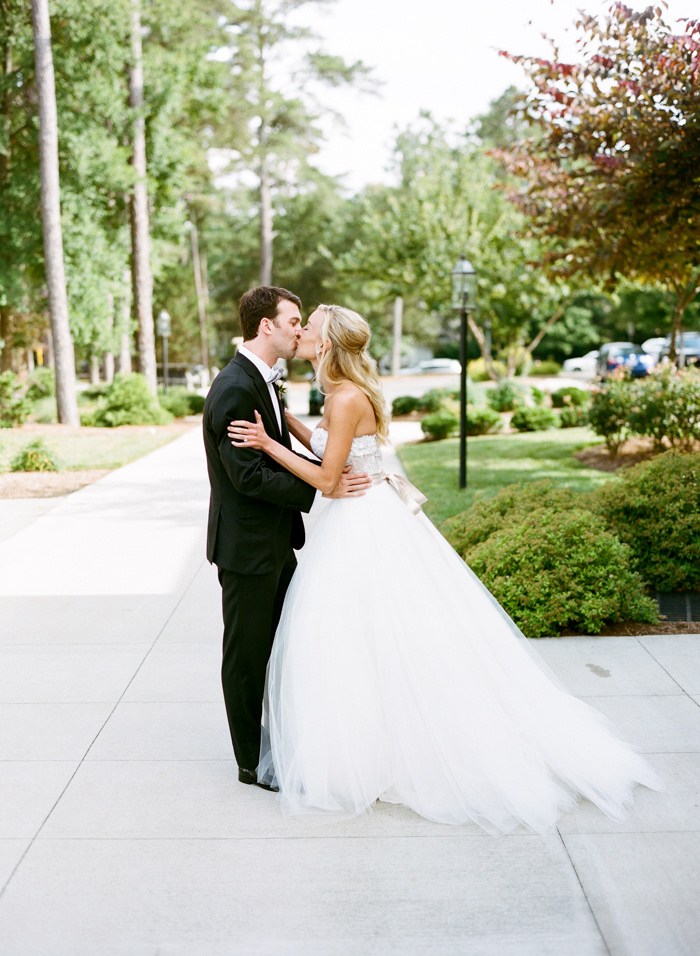 I worked with a jewelry designer to create bracelets for the bridesmaids. They each picked their own dresses (which was a bit of a gamble but turned out PERFECTLY – the girls were stunning) and this detail provided an intimate note of unity. Another thing that was special and personal to us was the DATE: June 21st — The Summer Solstice — The 1st day of Summer — and also (not-entirely-coincidentally) my half-birthday! The Sun & Solstice theme was woven throughout the wedding – from the sunburst image on the invitations to the song choices to menu which featured fresh, local June fare. I’m already thinking about planning the 2nd Annual Summer Solstice party in 2015…. 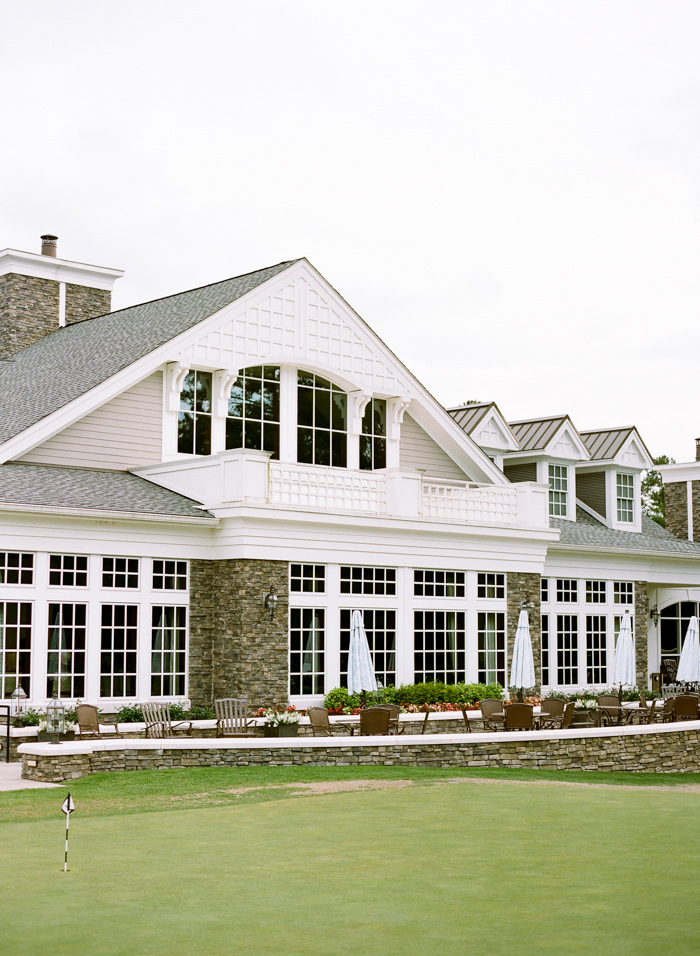 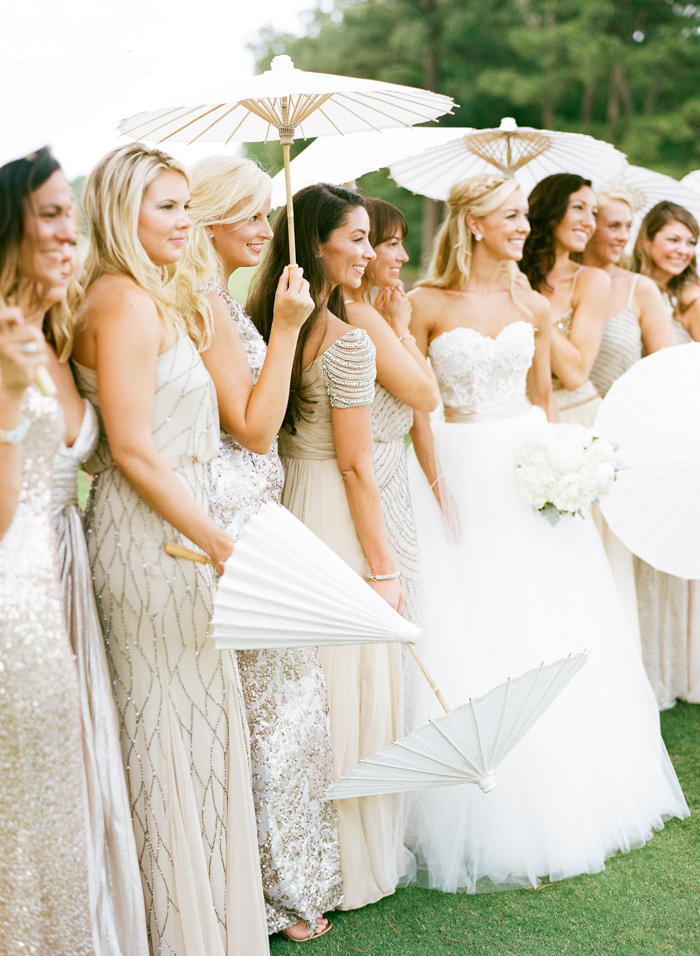 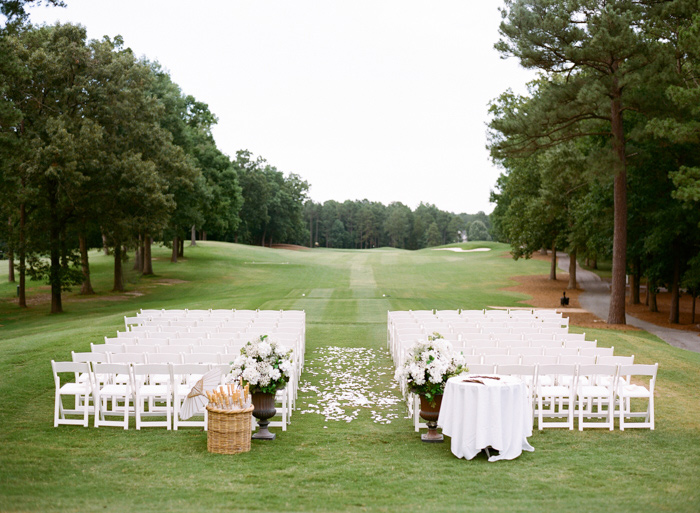 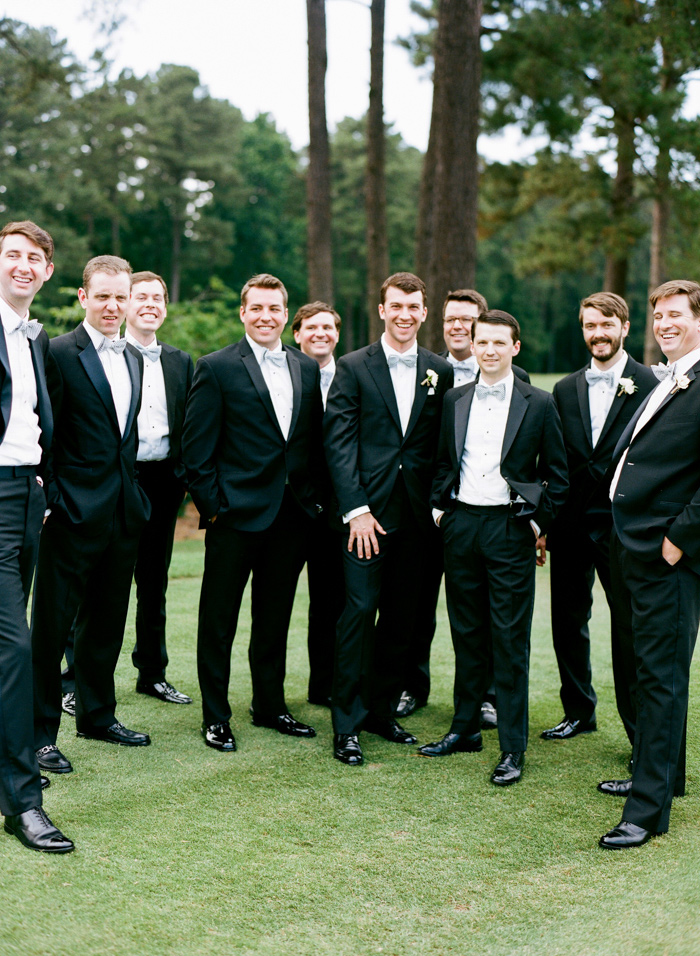 The weather was ALMOST a disaster – the morning of the wedding forecast a 60% chance of tropical storms. Sure, we had a tented ‘rain plan’ but even that would have been pretty soggy…. The sky looked ominous all day but thankfully started to clear up just as our guests began to arrive for the cocktail hour. I walked down the aisle to the Beatles’ “Here Comes the Sun” and – as though on cue – the clouds parted just as I stepped outside. 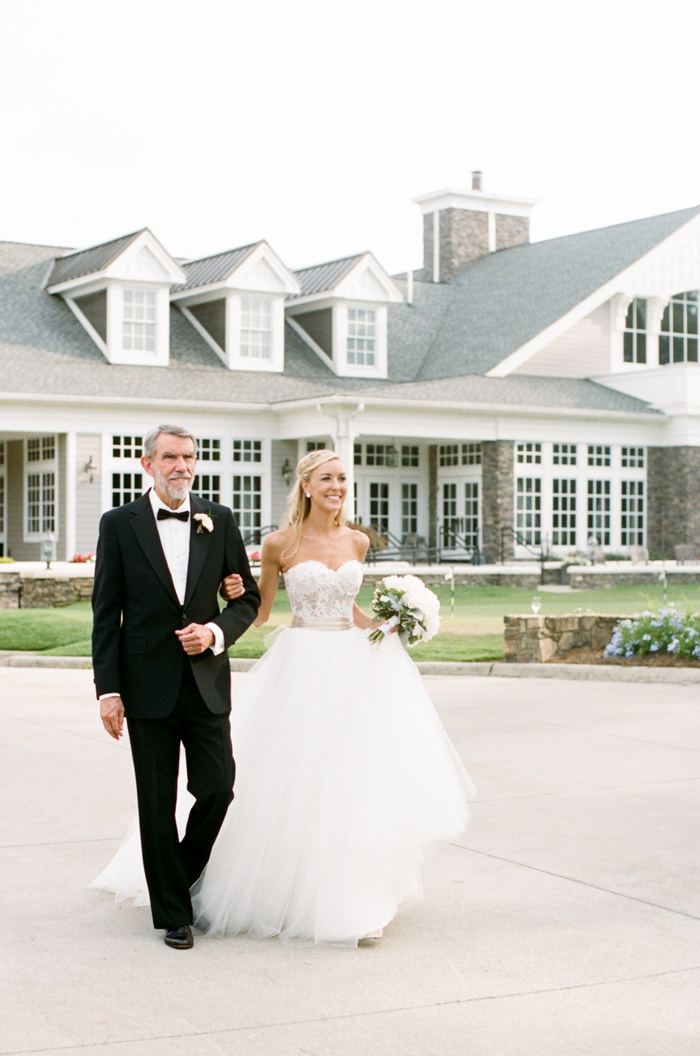 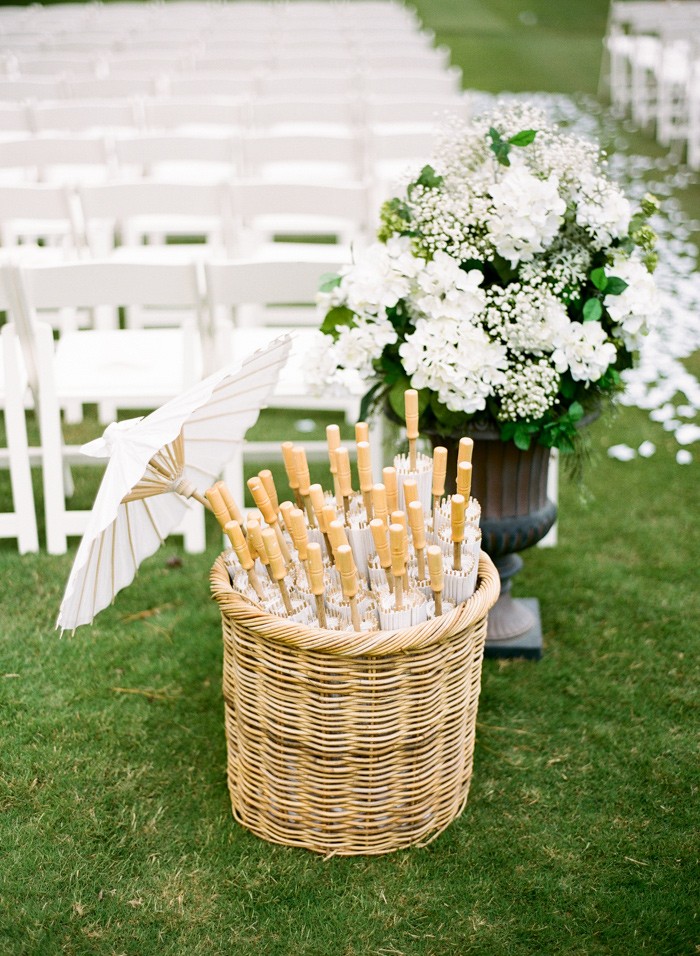 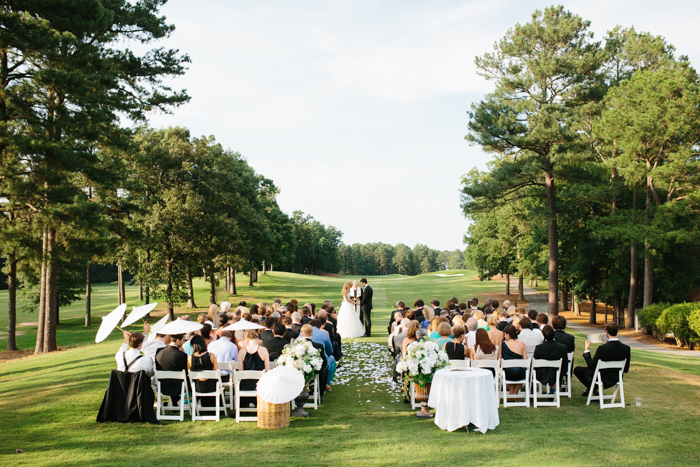 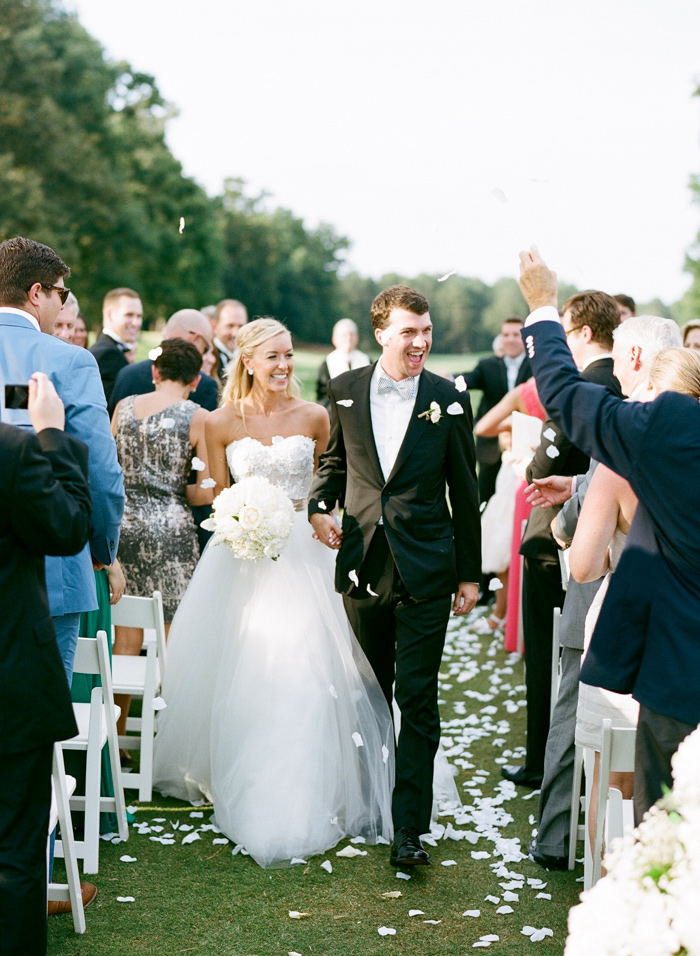 Tell us how you met and became engaged!

Conrad and I met and dated while we were undergrads at Duke University. After graduation, we parted ways (he for Vail and NYC, me for Washington DC) for about 5 years before finding one another again – and the rest is history! After a wonderful week with my family at the beach, we stopped through Durham for the night on the way home to DC. It was a beautiful evening and Conrad suggested a stroll around campus before our late dinner reservation. He proposed directly below the arch of a quad where we both lived Sophomore year. It was a beautiful moment and I could not be more grateful to the random passerby who had the foresight to capture this picture from afar! 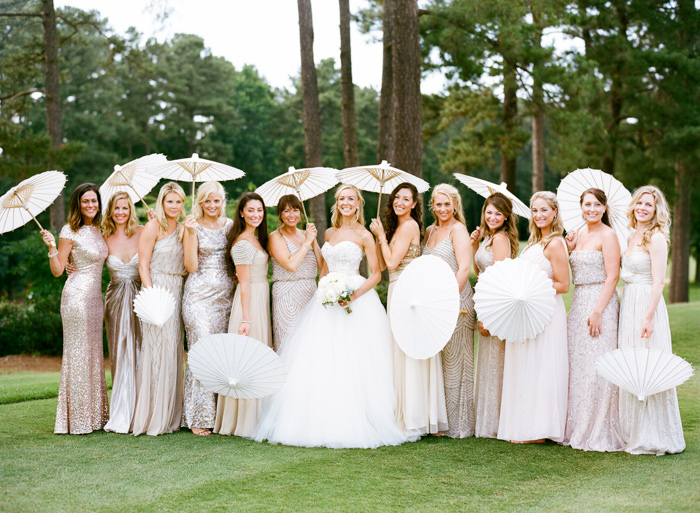 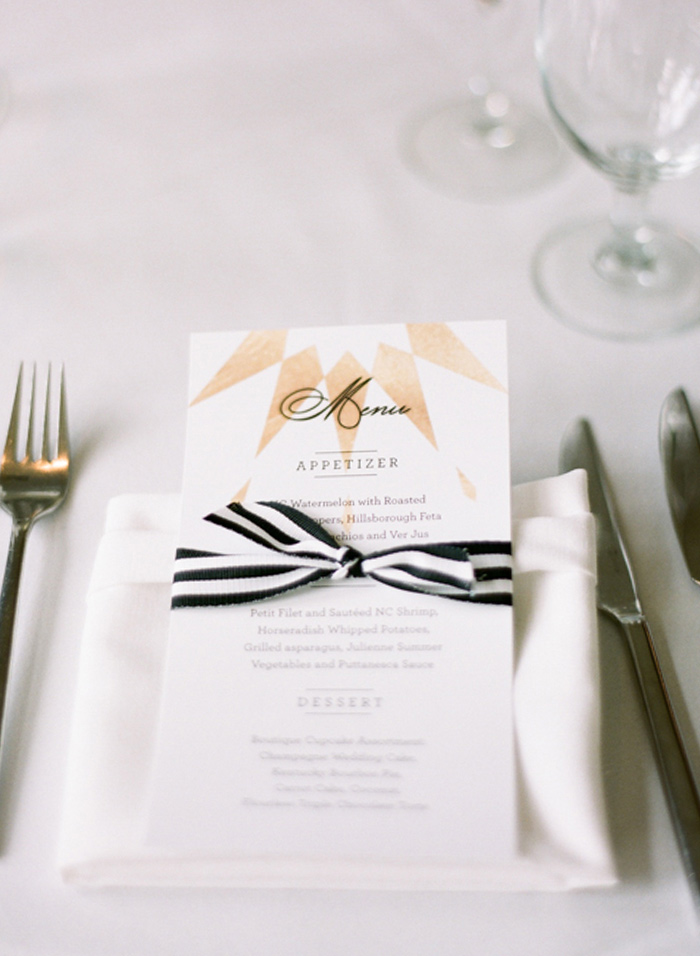 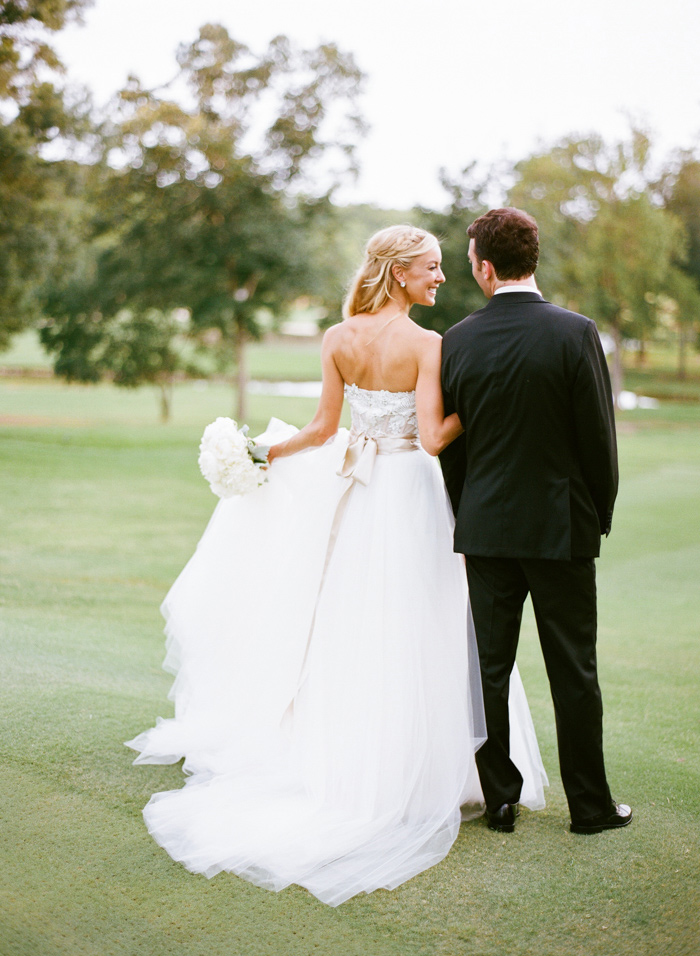 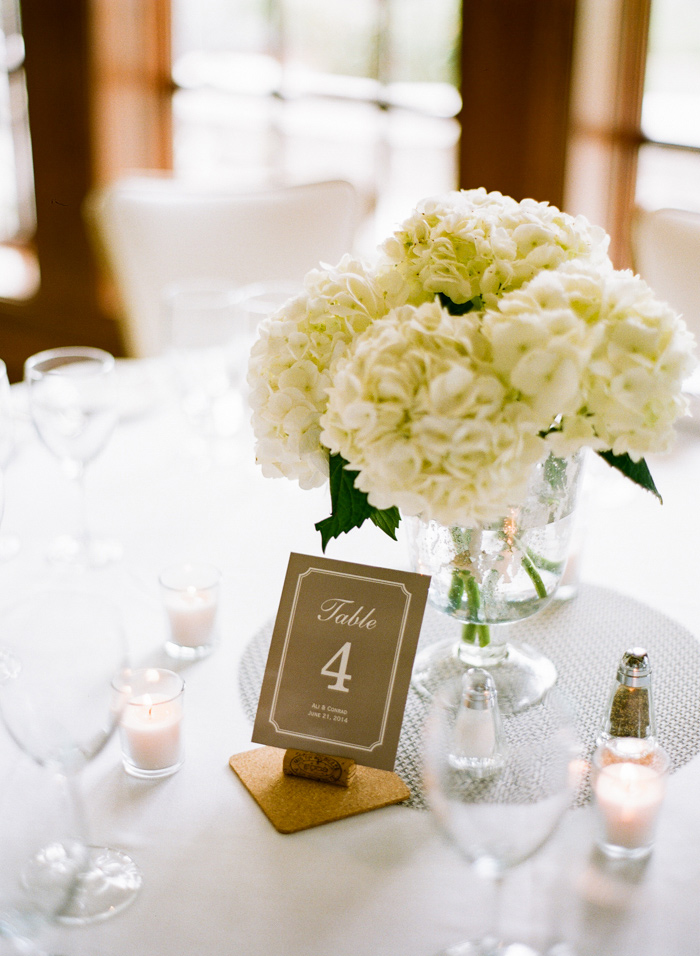 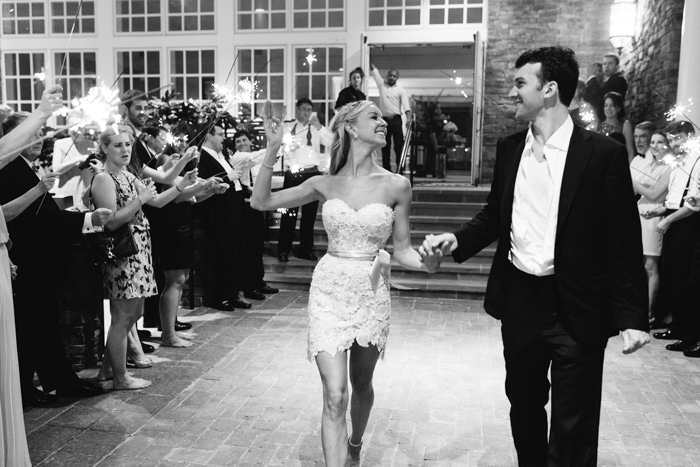