Kristin and Leslie are a CRAZY adventurous couple and the story of how they fell in love is almost unbelievable. The two reconnected on a job in New York City, and while on their first date, planned a spur of the moment surf trip to Costa Rica. Of course it makes perfect sense that for last photo in their engagement session, which you’ll see below, they decided to capture their “Save the Date” with a surf board and their wedding date scribbled on an NYC wall where the two met. We’ll let the bride tell you the rest of their story, which we absolutely adore! Very special thanks to Twah Dougherty for sharing such gorgeous images of the couple. 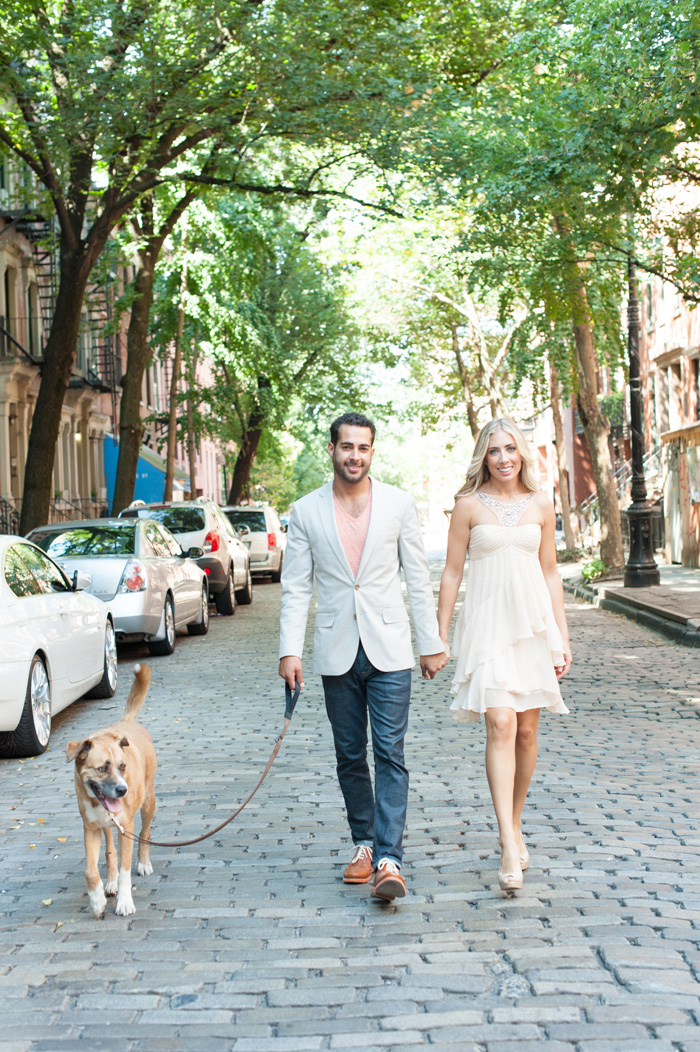 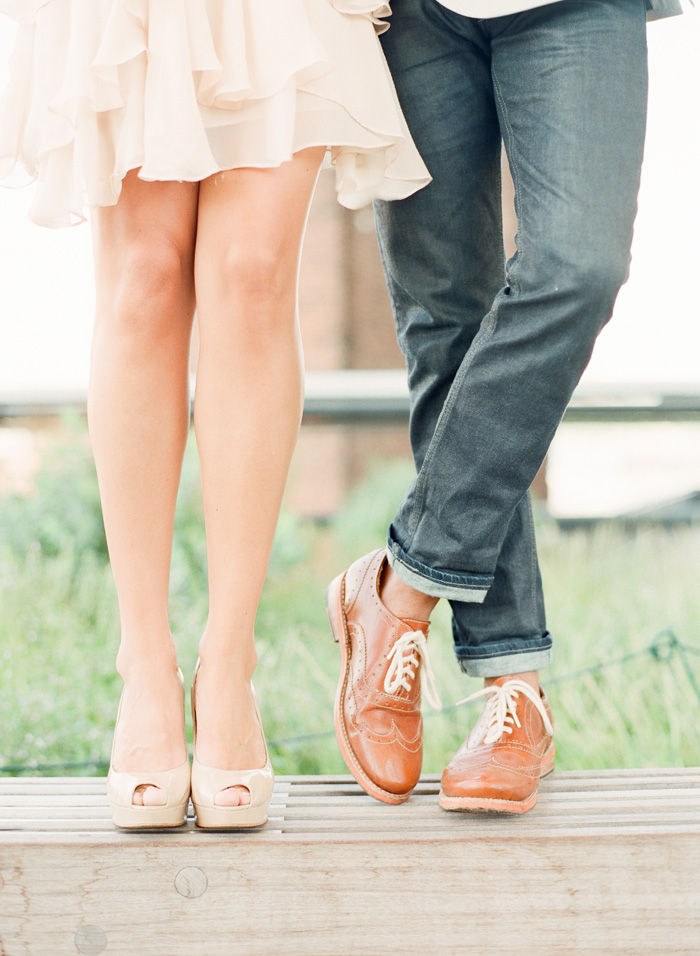 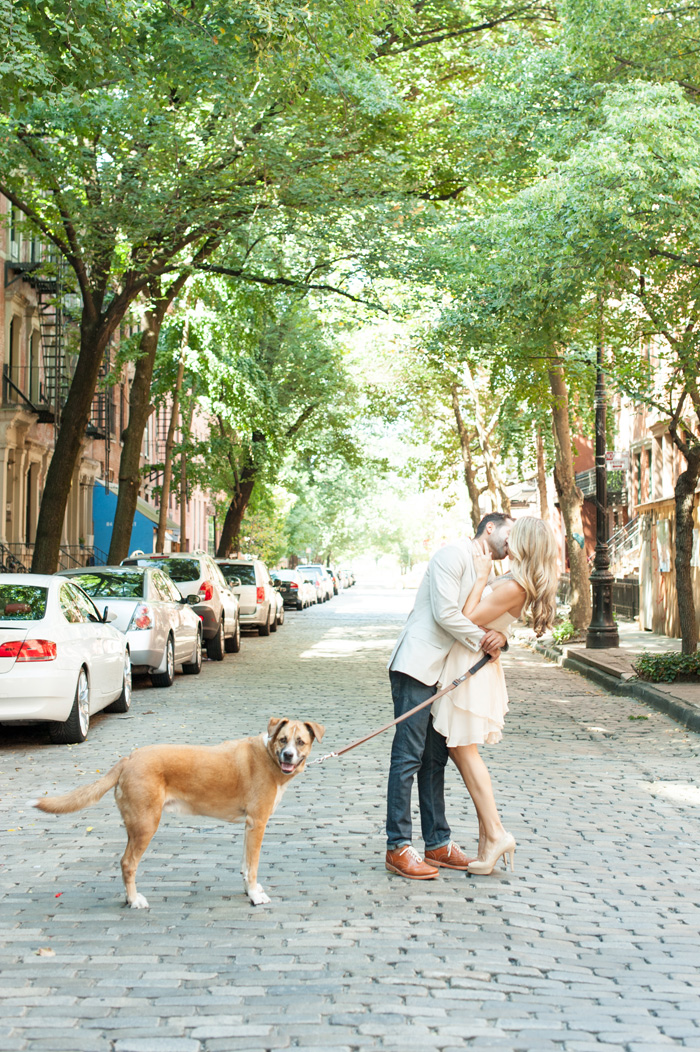 Leslie and I met when he was actually my intern at Ken Sunshine’s PR firm (Sunshine Sachs). We had a great relationship at the time and I remember the exact moment and place where I thought to myself that I was going to date this guy. As fast as that thought came it faded and shortly after, I moved on to another job. It wasn’t until a year later that we reconnected when we randomly ran into each other. At our first date, Leslie told me about a surf trip to Costa Rica that he and his best friend would be taking in two weeks and said I should come. I’m sure he was very surprised when I called him the next morning and asked him if he was serious because I had already found my flights. I may have crashed the boys’ trip but we all had an awesome time. When we got back Leslie and I started officially dating and the rest is history. 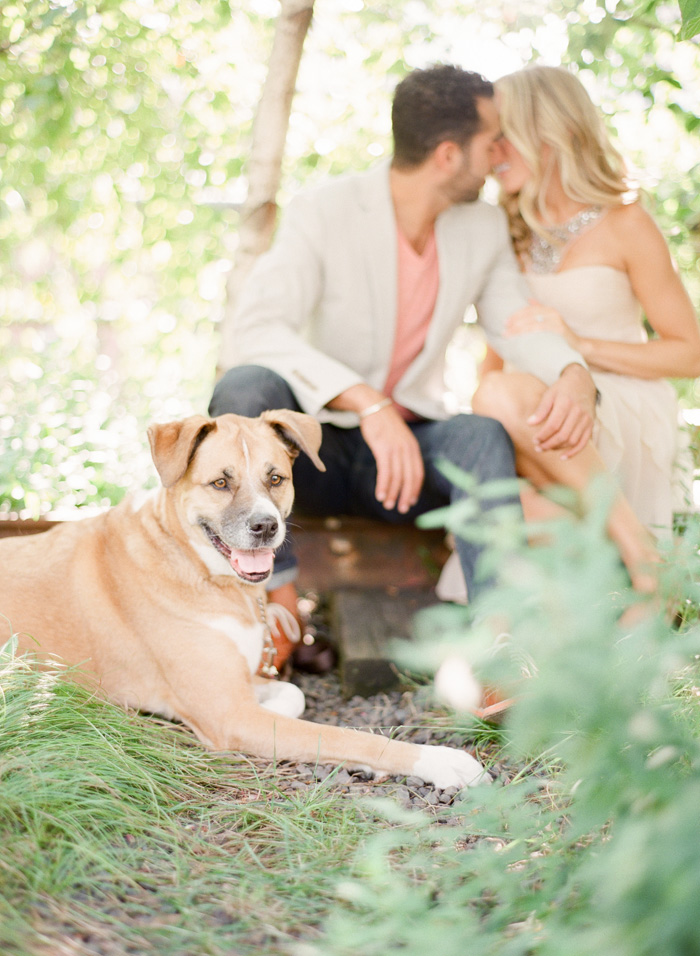 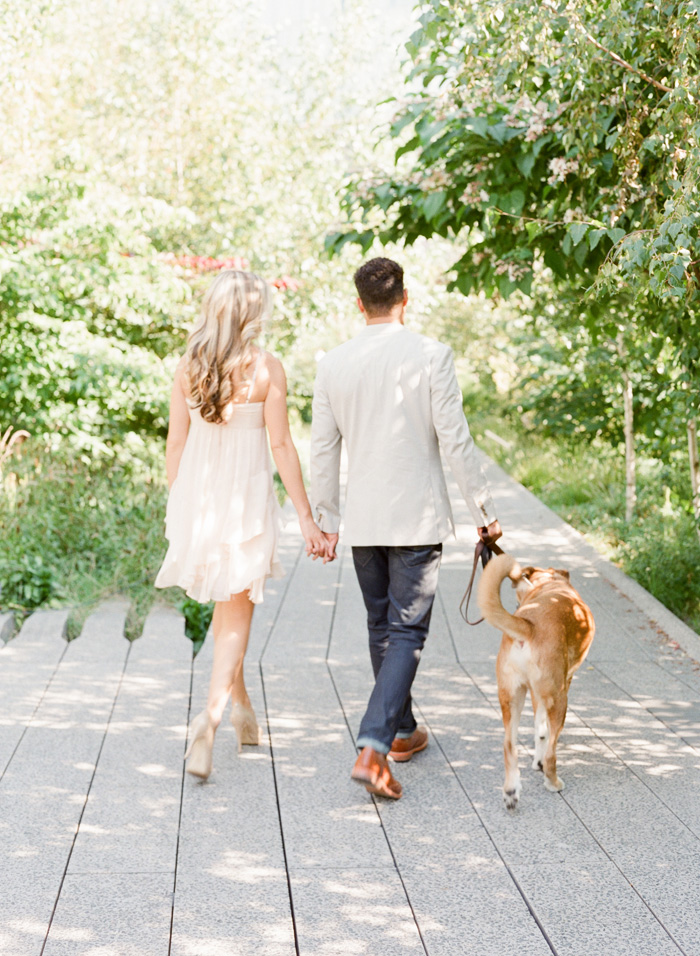 Our engagement happened five years later. One day we decided to take a last minute trip to Thailand and in two months, we were on a plane headed halfway around the world. Our trip was so spontaneous that I was booking some of our hotel rooms from the airport. So I never imagined that Leslie had another plan. We took a boat excursion to the area that inspired the movie “The Beach”. We spent the day hiking, snorkeling, and swimming. It was magical. The last part of our trip was kayaking. We kayaked to a deserted beach. There was not a person in sight. When Leslie got down on one knee I couldn’t believe it. My first response was “Are you kidding?!” He wasn’t kidding and we can’t wait for the rest of our new adventure to begin. 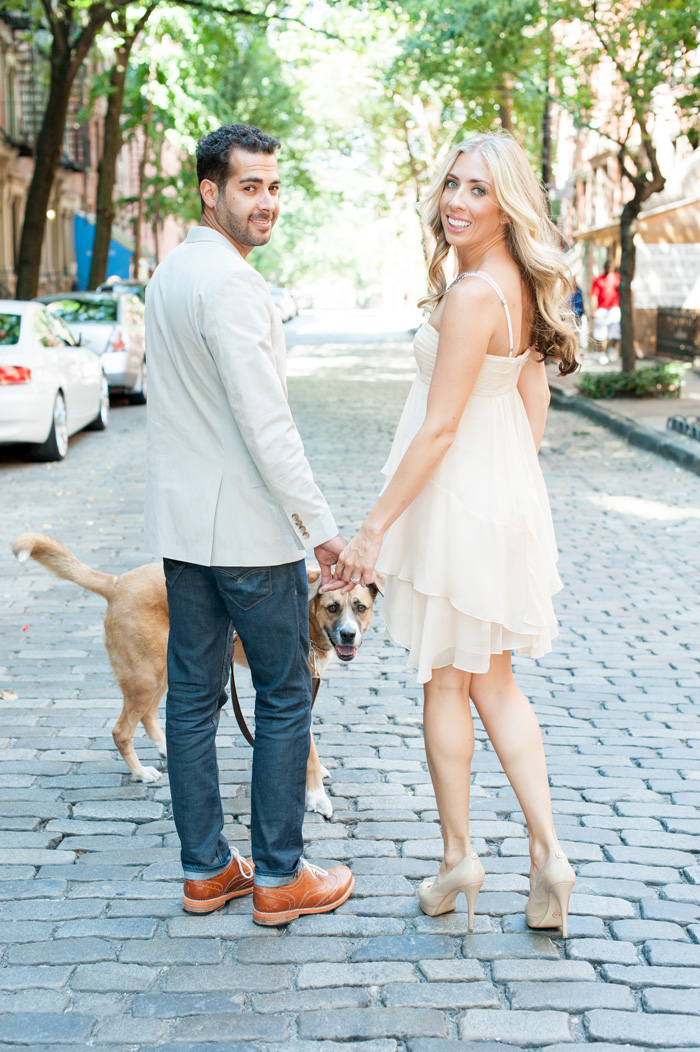 We both love the city and the beach. Since we’re getting married with our toes in the sand by the ocean, we wanted our engagement shoot to represent the city part of our life. We chose NYC’s West Village and the Highline area for its mix of charming cobblestone streets, creative artwork & architectural beauty. We have wanted to work with our photographer Twah Dougherty for years and so excited we finally have the opportunity to do so. Her work is incredibly inspiring. She beautifully captured each moment bringing in both the city aspect as well as weaving in our hearts for surfing and the beach. The pictures turned out more stunning than we could have imagined. We’re beyond excited for our wedding day! 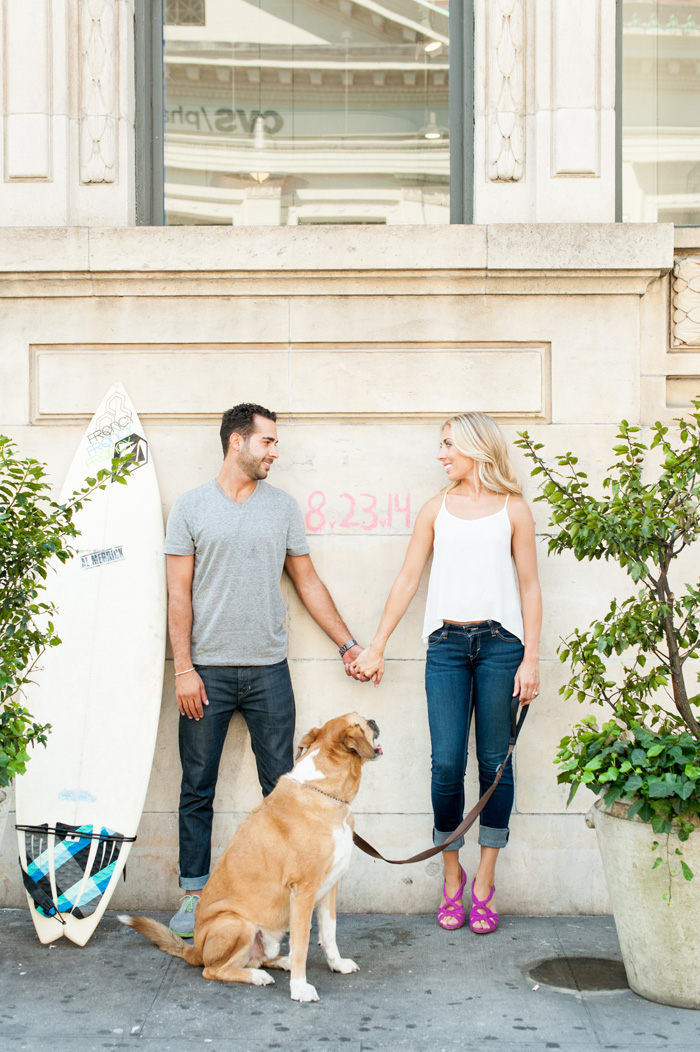