Eve and Edward chose to have their engagement photos taken in the historic neighborhoods of St. Louis on an incredibly gorgeous spring day. Photographer Clary Pfeiffer, who we absolutely adore, sent us their gorgeous images, alongside Eve’s retelling of their love story and engagement. 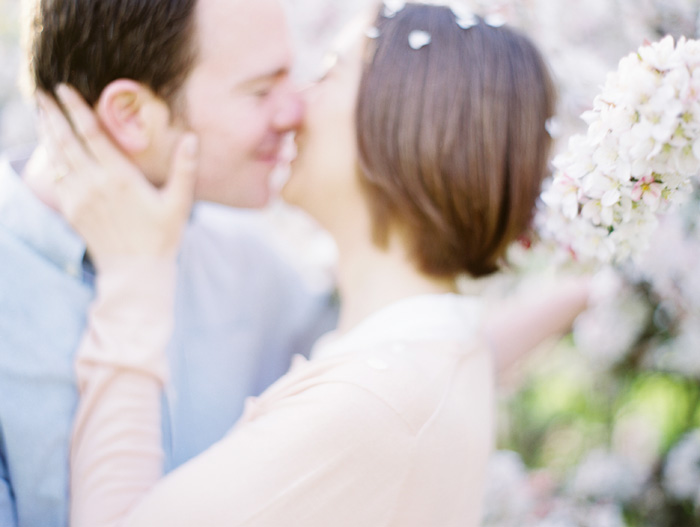 from the bride:
Edward and I met through mutual friends – my best friend Jessica (who was my maid of honor) and her late husband Tony. Edward had been friends with Tony for years, and I had been close with Jessica since high school. When both of us were single, Tony and Jess decided that with both of us being artists that we may be a good match. So, the four of us got together, Ted and I hit it off right away and started spending time together. However, he and I both were in major life transitions of our own, he being on the brink of moving to Richmond, VA from Chicago to work with some fellow illustrators he knew, and me having just moved back to the midwest from living and working in photography in NY and working to enter the design world…. cut to a year later after having lost touch, Edward thought of me as he was drinking a La Fin Du Monde beer, which I had introduced him to, and he decided to drop me a line. This time we couldn’t stay apart and 3 months later, Edward moved back to St. Louis (where I was living and we both grew up) from Richmond so we could be together, and a year later we got engaged. 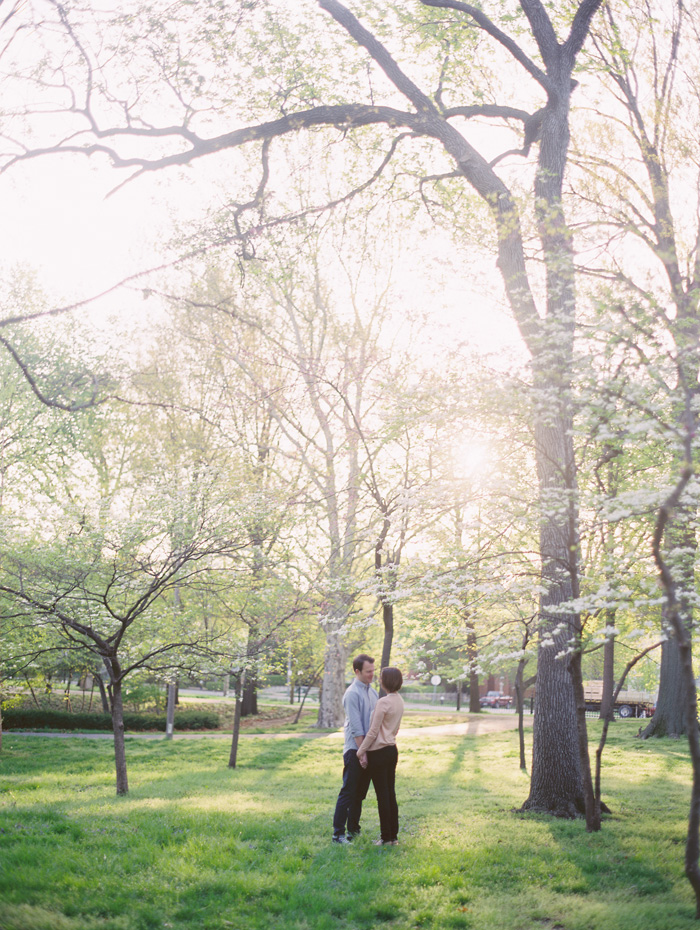 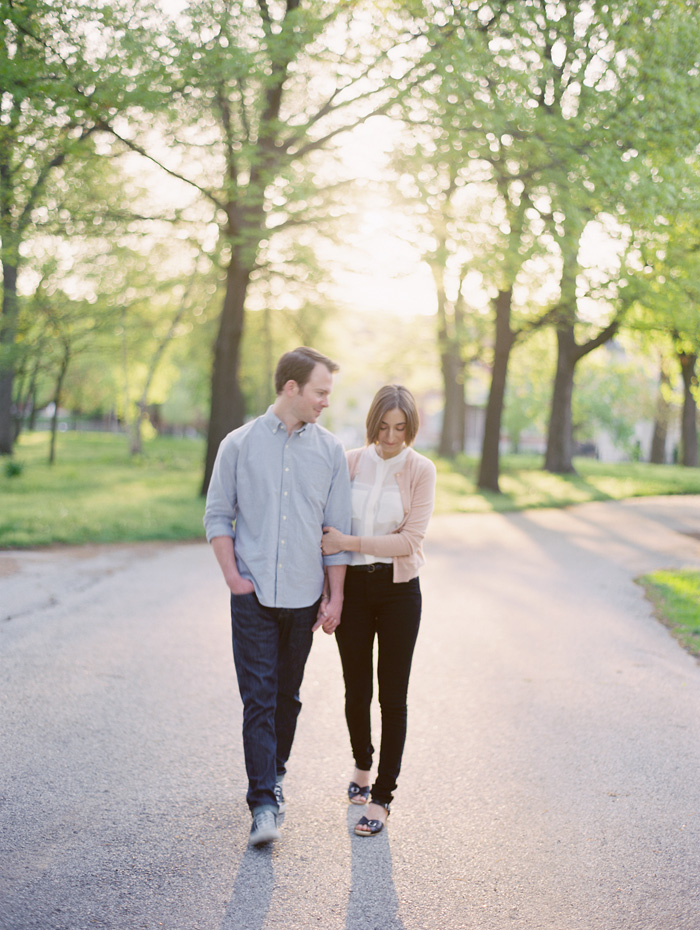 Our engagement was particularly special, as it was also our 1 year anniversary of dating. We went for a weekend in Chicago, where we had spend time together when we first met, and to see good friends and family living there. The morning after arriving, Edward and I sat together to exchange anniversary gifts. After I gave him his gift, I opened mine. It was a square package and as I opened it I wasn’t surprised to see a frame poking out, he had made me a piece of art (not unusual, as he is an illustrator and artist)! Opening it further, I saw a hand cut linoleum print of “will you marry me?”. Stunned and elated, as I exclaimed “YES!” he handed me him a small box with my engagement ring it it, which he had commissioned from my mother, a jeweler. It was the perfect moment and to say the least, the anniversary couldn’t have been better. 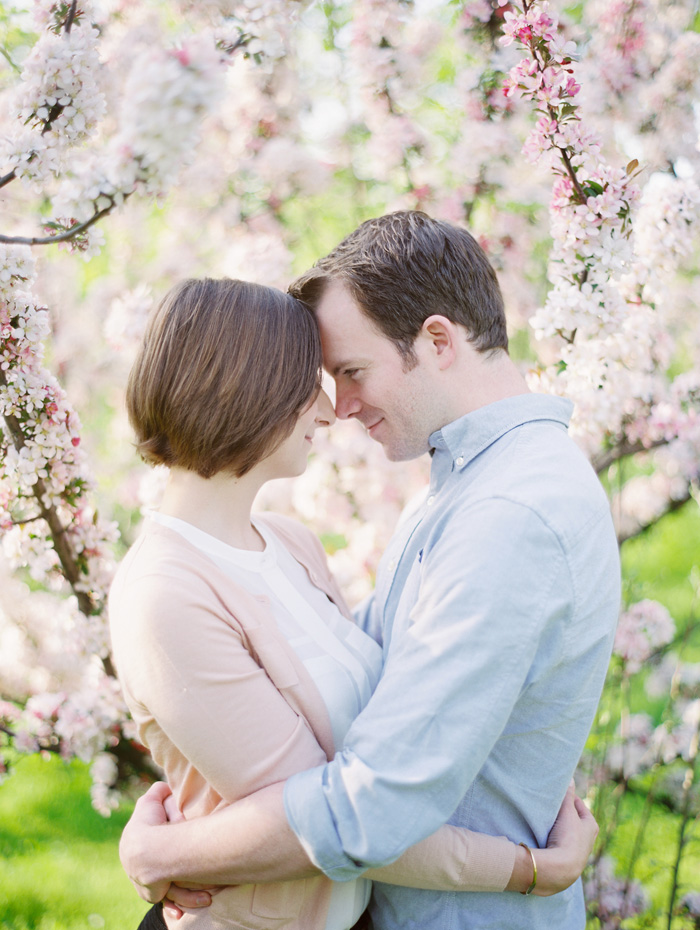 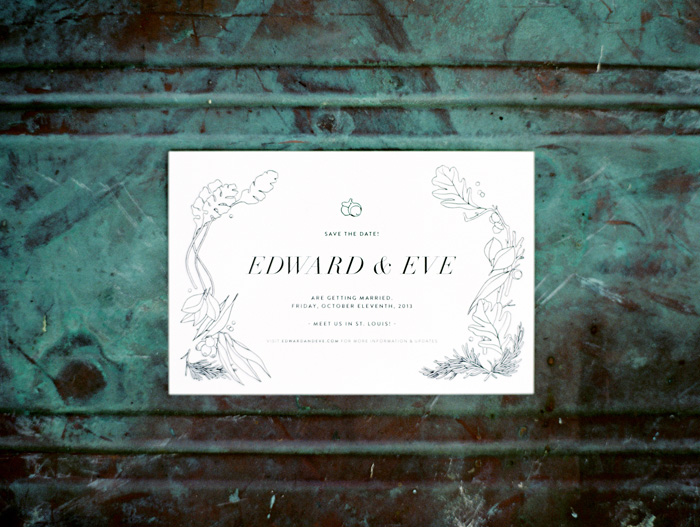 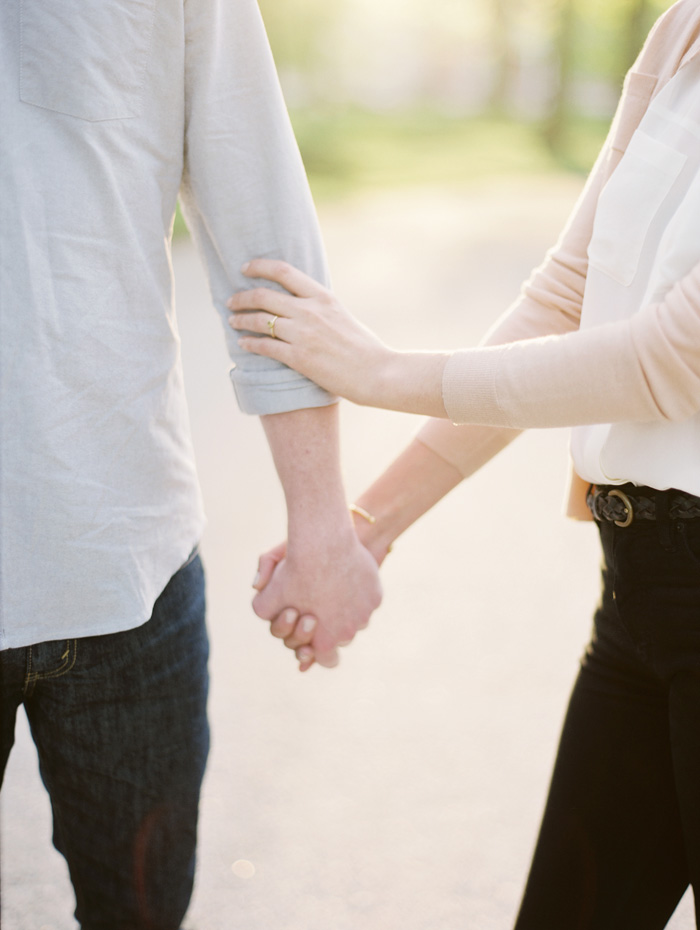 When it came time for our engagement shoot we found Clary Pfeiffer, whose work was exactly what I wanted, fresh, romantic, subtle, and absolutely beautiful! We decided with Clary to shoot our engagement session in St. Louis’ historic neighborhoods Lafayette Square and Soulard. Edward and I both love a urban environments with vintage buildings and nature, and this location had all three. It was charming, nostalgic, bright and in full bloom the spring morning we shot. We couldn’t have been happier with what Clary captured of the two of us in such a perfect setting in our home town. 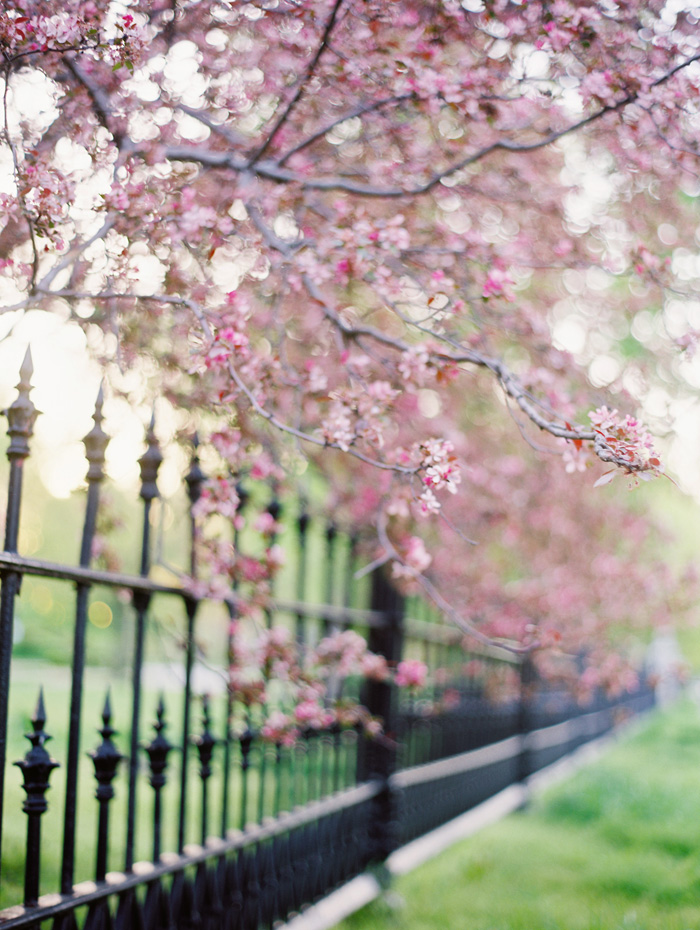 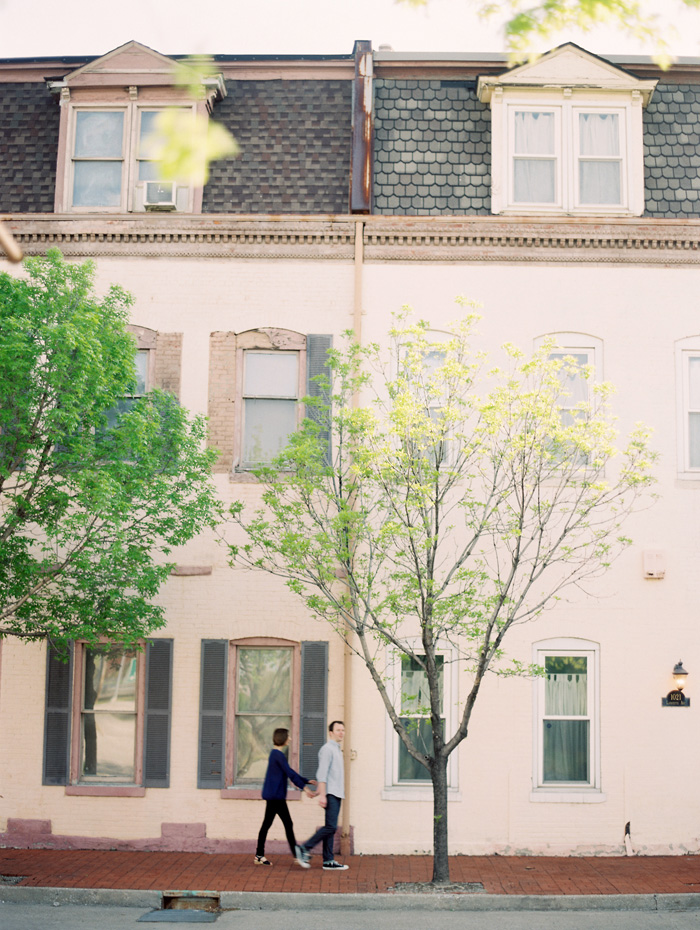 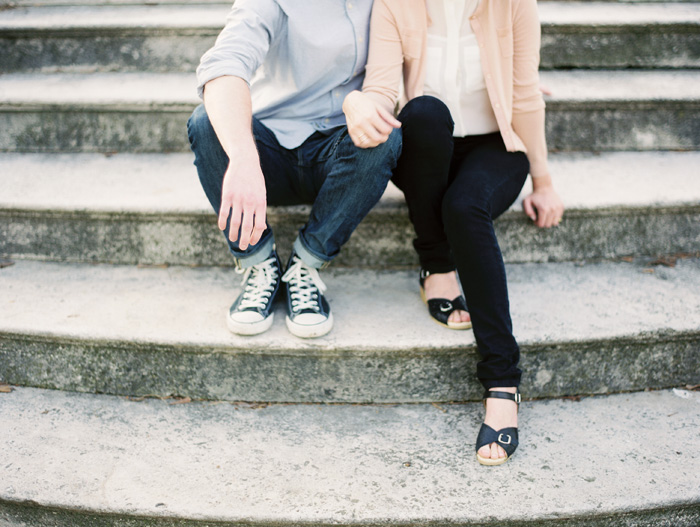 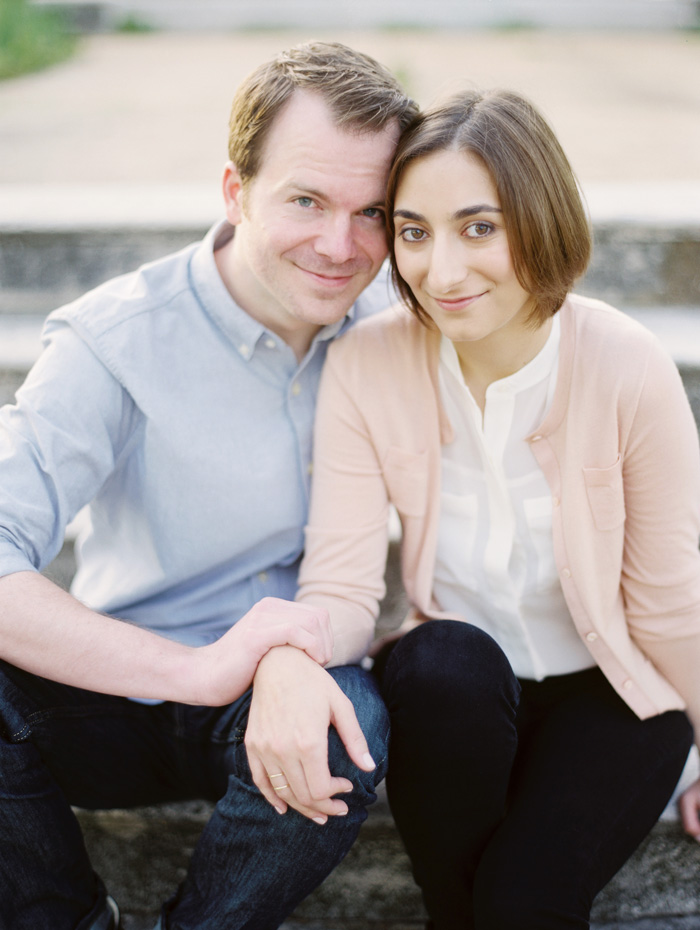 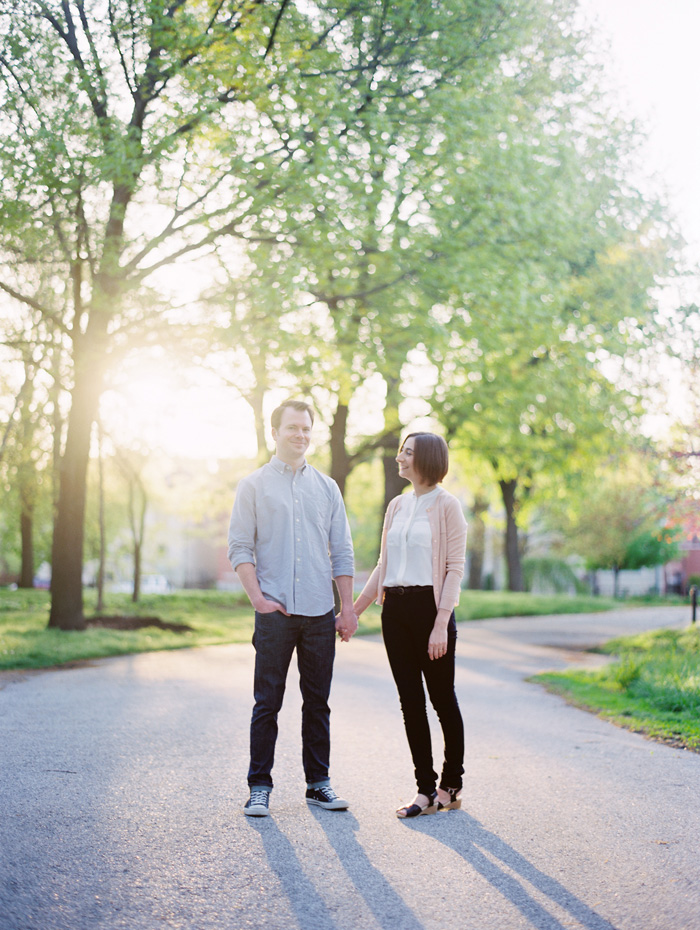 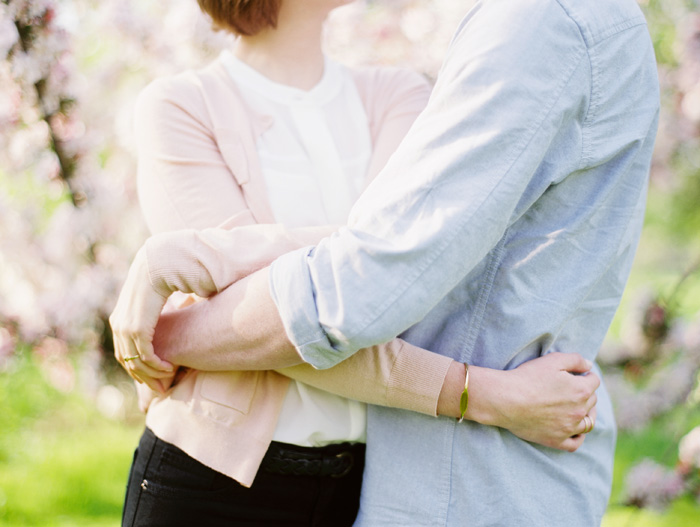