Don’t we all wish we had a family farm in Virginia to host our wedding at? I’ve been begging my parents to buy one for ages (just, of course, for wedding purposes) but no such luck. If only, right? I’m thrilled to feature Nikki and Mike’s Virginia wedding, who are lucky enough to already have one in their family. I love their story…New York couple escapes to the south for a sweet country barn wedding. It’s a classic that never grows old. This little affair shot by Mary Dougherty is absolutely perfect to welcome in the summer weather, which is well on it’s way. 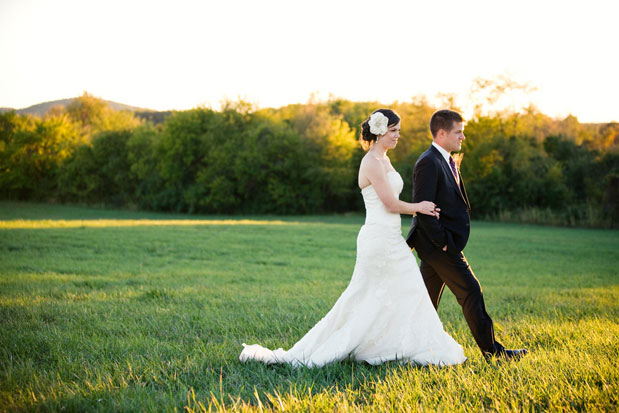 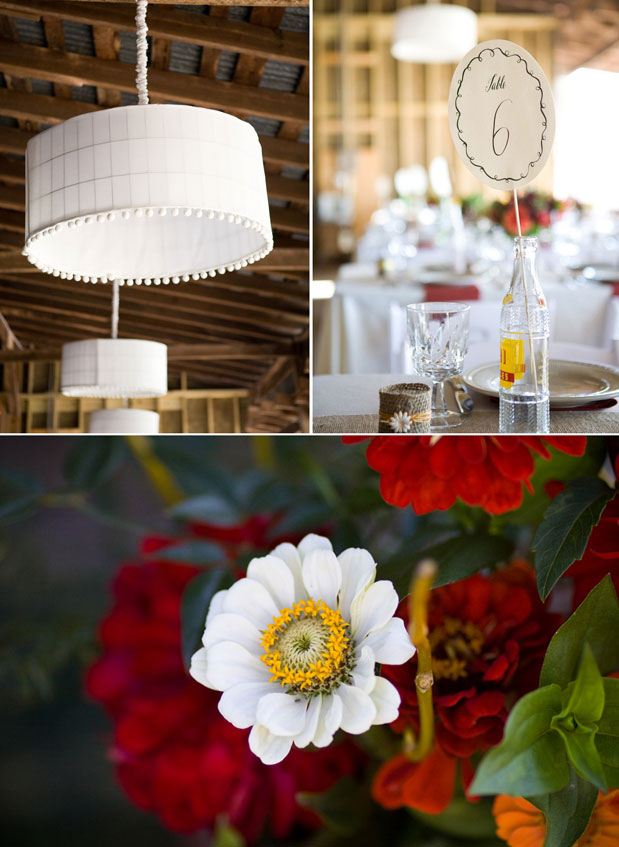 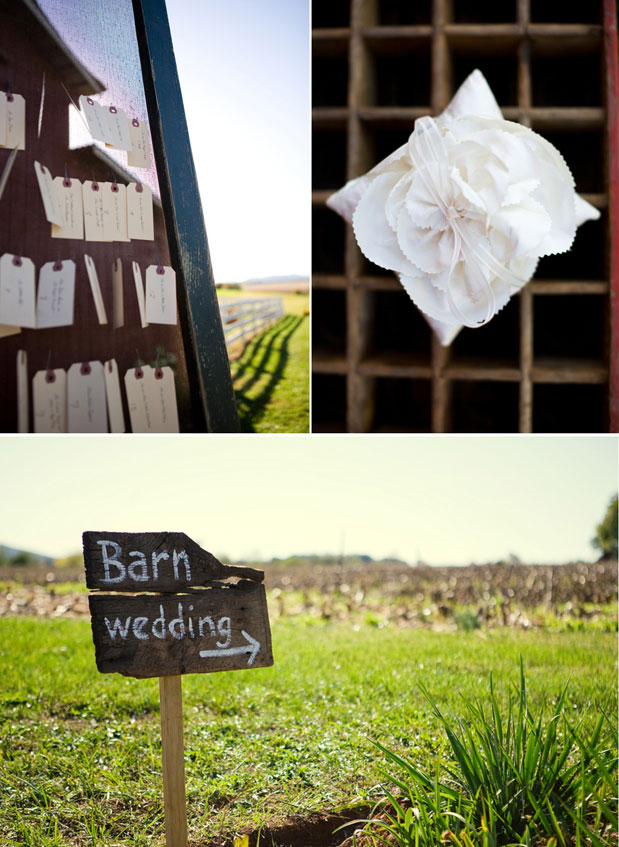 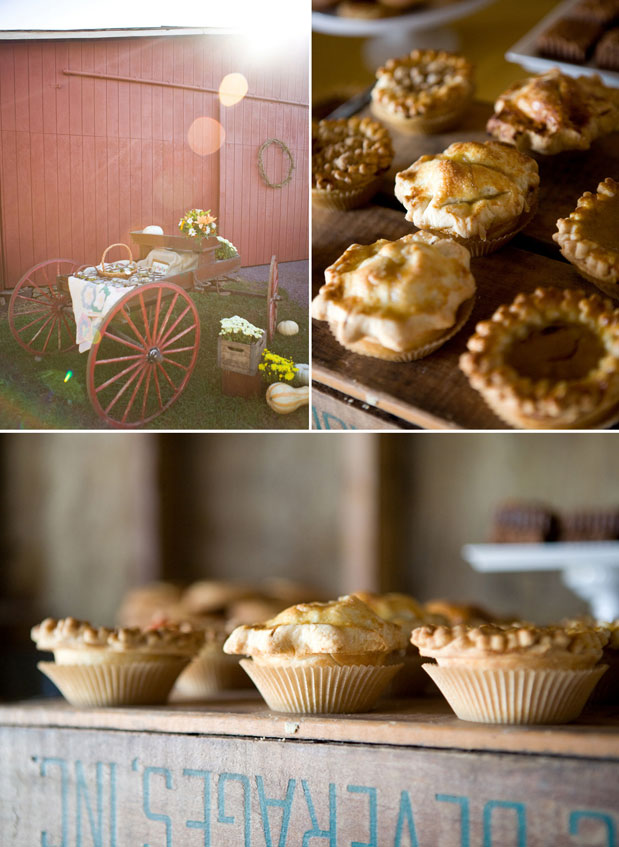 Although we live in New York City, I just couldn’t see us getting married there. After tossing a few ideas around, we decided that our wedding would be on the farm that I grew up on in Culpeper, VA. From that moment, it became a true team effort and our barn wedding planning began! Our ceremony was on the hill behind my house which overlooked the corn and cow fields that seemed to glow during the autumn sunset. The ceremony, which was short and sweet, ended with us walking back up the aisle under a shower of lavender buds while “All You Need Is Love” by The Beatles was sung. The cocktail hour was in the front lawn and our guests had a chance to lounge on hay bale couches and nibble on southern treats – sweet potato biscuits with country ham and apple butter and fried green tomato skewers! Another aspect of our wedding day that made it even more special, was that my parents were married on the same day, 28 years prior. Our reception was in a hay barn (the same barn that only six months prior had a missing side and a dirt floor). Our bluegrass band, Jackass Flats, proved to be a perfect choice; they had everyone up and dancing for hours! After the sun went down and it started to get a bit chilly, Mike started up the fire pit that he had prepared and people moved outside to enjoyed the cigars and whiskey underneath a twinkling sky. 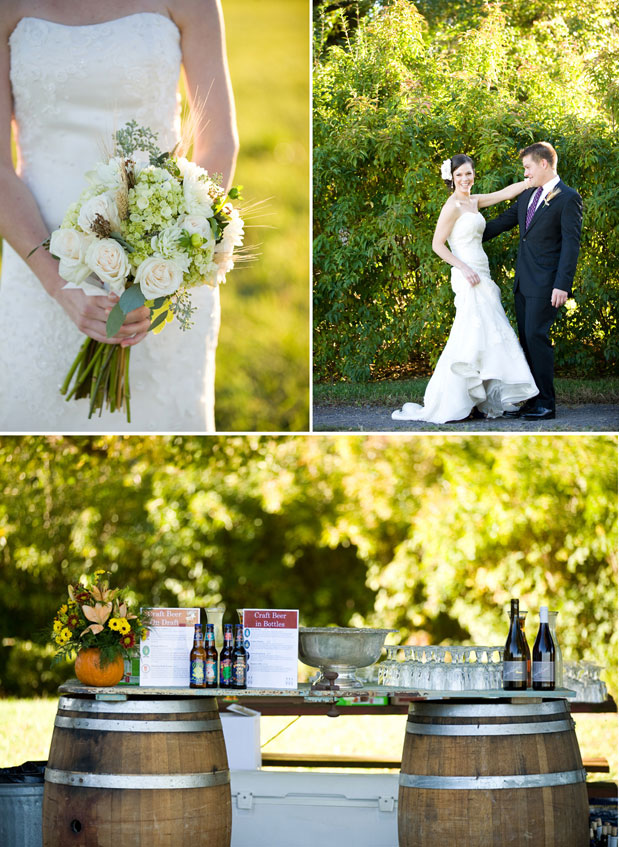 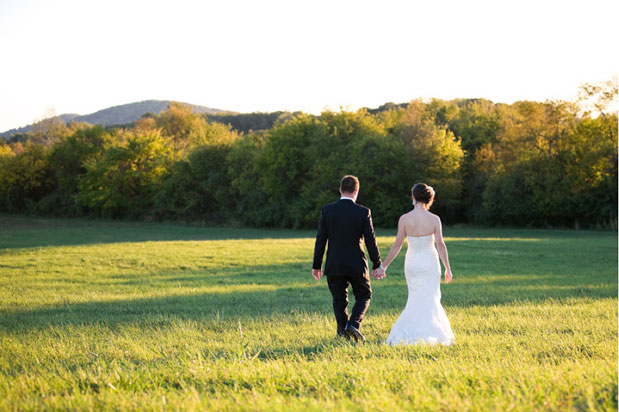