Arisa and Evan’s nautical seaside wedding featured a relaxed setting with all the right elegant touches for a fun and personal wedding that combined the best of the south east coast. Everything from their seafood bar (that reflected a southern flair paired with fried green tomatoes) to entering the dance floor accompanied by their alma mater’s football theme song–reflected their personalities, history, and love for one another! Be sure to read along with Arisa’s story as you check out the images by Vicki Grafton Photography. 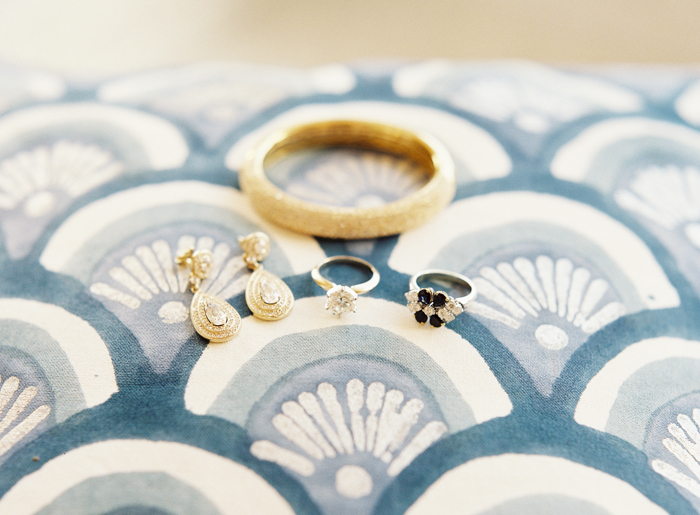 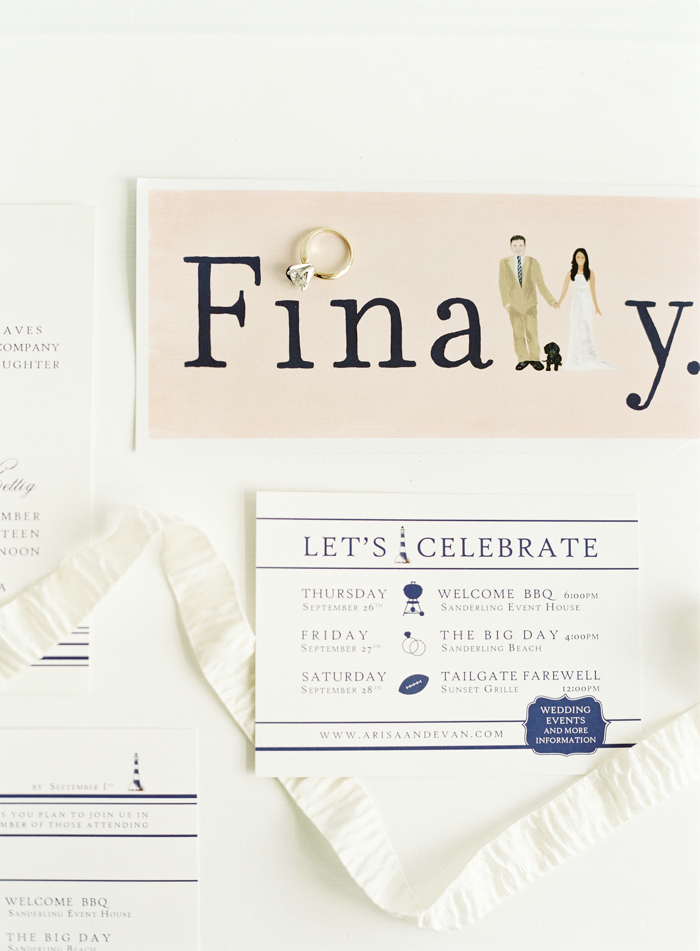 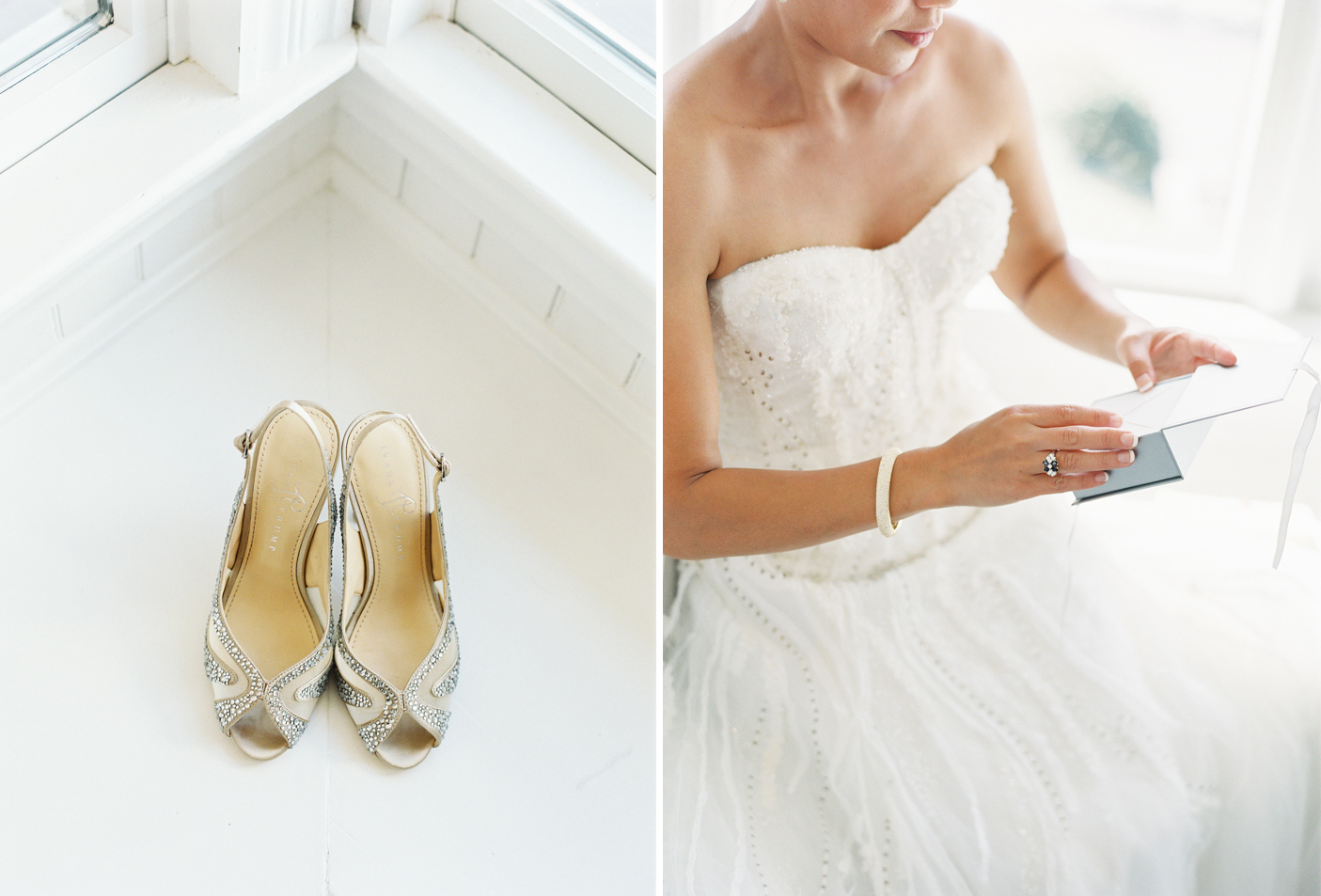 We wanted a fun and relaxed setting, balanced with the formality that accompanies a wedding. Being beach lovers, we decided on the Sanderling Resort that offered the perfect combination of understated elegance: a laidback beach ceremony on the Atlantic Ocean coupled with a gracious reception on the Currituck Sound at sunset. We also wanted to share the highlights of the area, so we invited everyone to a North Carolina BBQ, had steel drums play at our ceremony, and selected a tasty seafood bar for cocktail hour, along with fried green tomatoes and surf and turf for dinner. What really made the day special were of course, our guests. We felt so lucky to be surrounded by a cozy group of family, and friendships that dated back to our elementary school days. From Evan hugging every bridesmaid and dapping every groomsman as they walked down the aisle, to the warm and heartfelt speeches and toasts, the collective feeling of the day was fun and intimate. 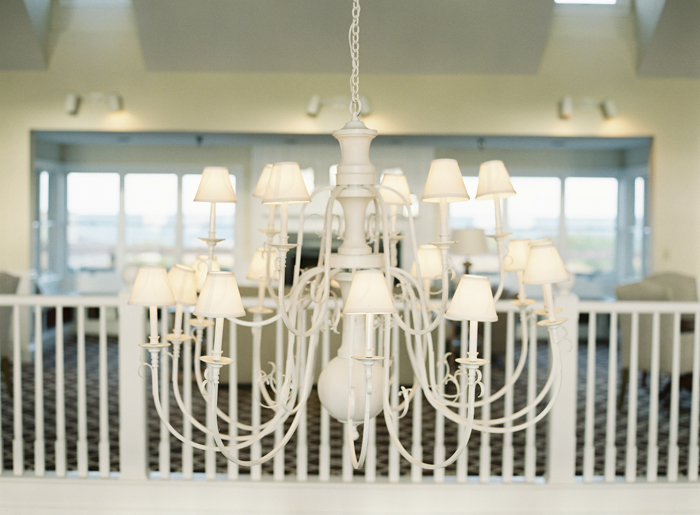 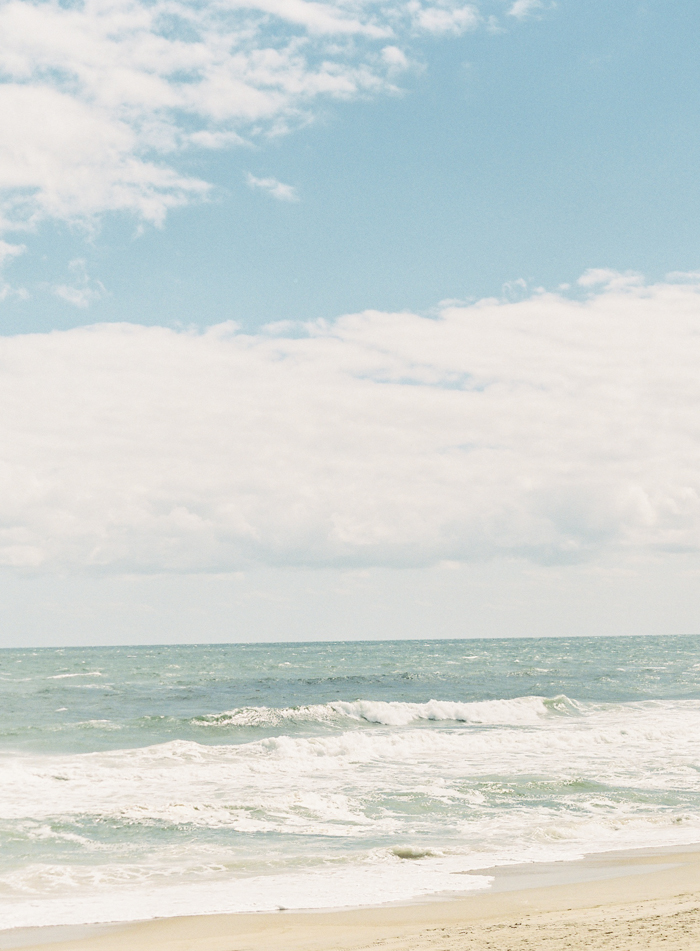 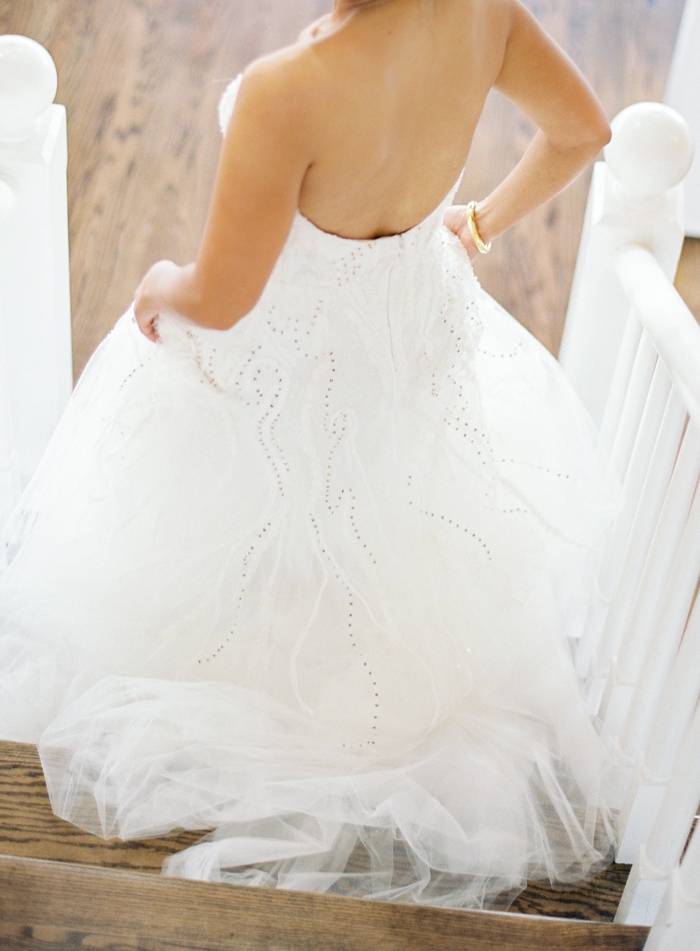 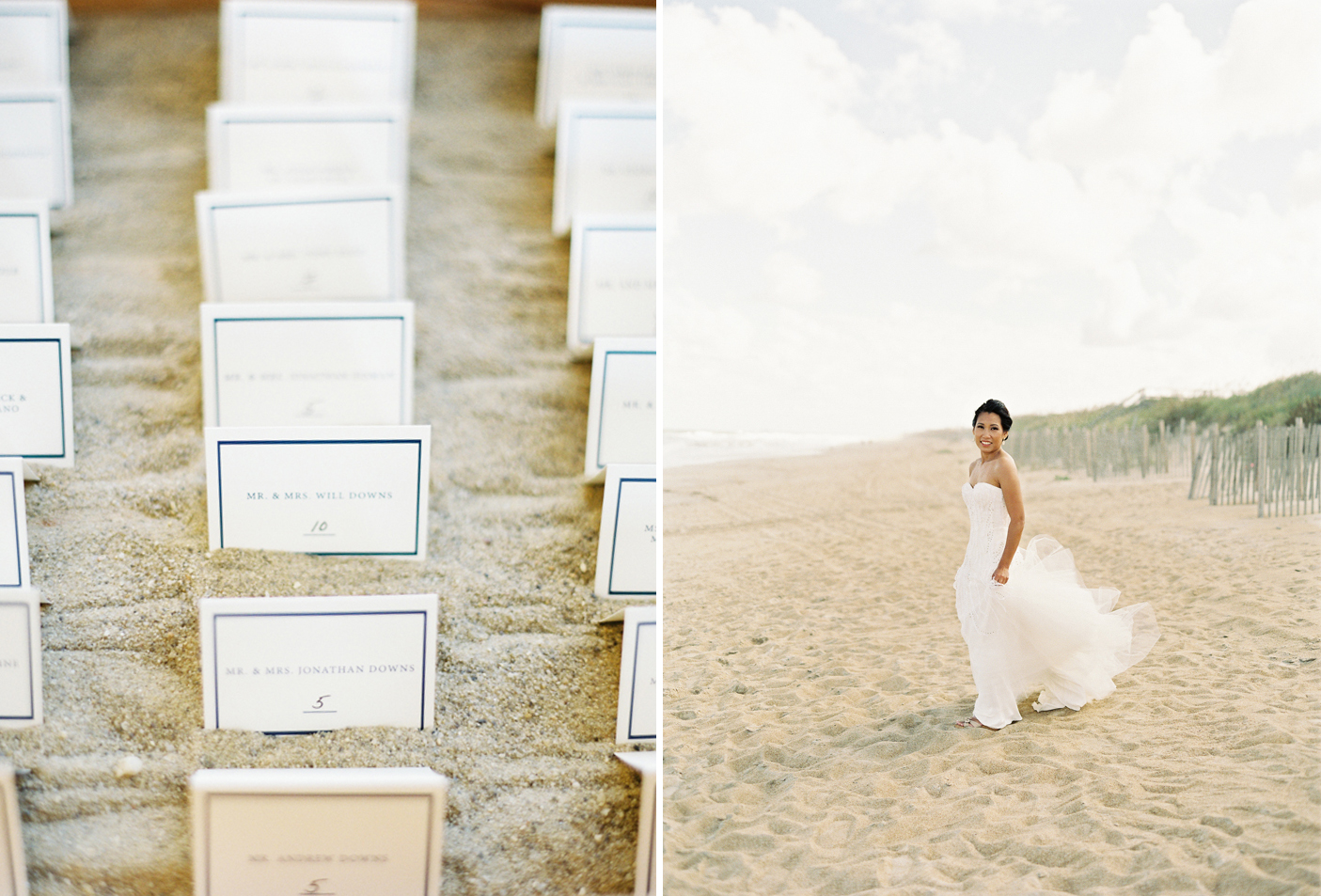 We sprinkled in a few fun things throughout the day that reflected us. While we were getting ready, I sent over Dachshund cufflinks, representing our beloved puppy, Bruno. Evan sent back an initial “K” necklace reflecting my new last name. During the ceremony, we wanted to emphasize the joining of two families and had my nephew, serving as the ring bearer, carry a sweet sign that said “Uncle Evan, Here Comes the Bride.” At the reception, we wanted a song that would get the crowd charged up as we entered in as husband and wife. Graduating from Virginia Tech and being devout Hokies and football fans, we thought it was only fitting to be announced to the same song the football team enters the field to – “Enter Sandman” by Metallica. It was overwhelming to see our guests on their feet jumping up and down! We also bucked tradition and had our first dance professionally choreographed to Montell Jordan’s “This is How We Do It.” That is until Evan blanked on the moves, improvised by simply twirling me around, and then invited everyone to the floor to kick off the dance party. It looked like we didn’t miss a beat! 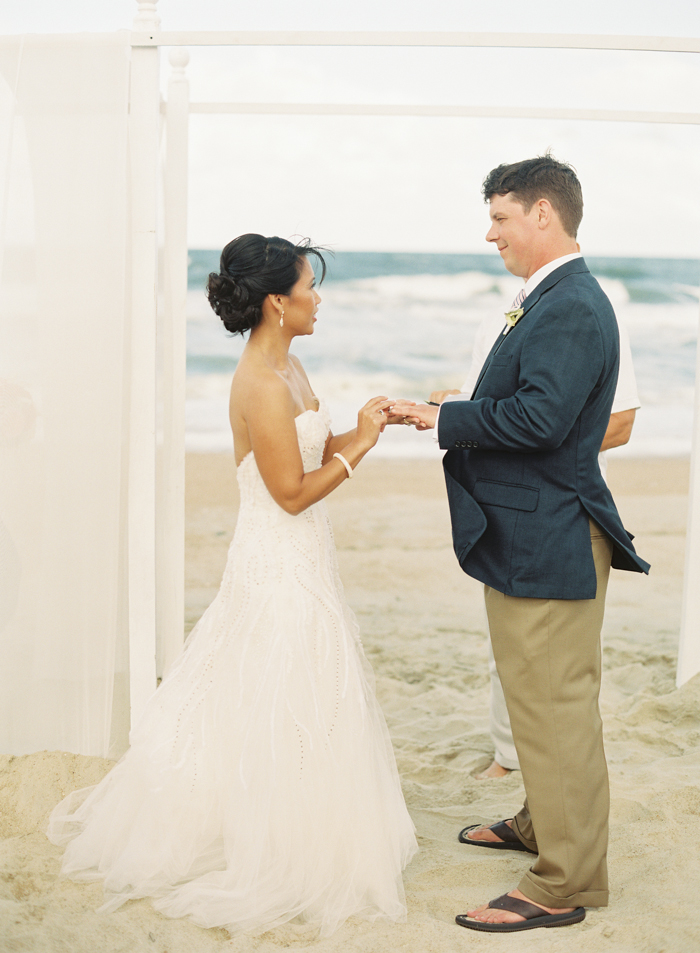 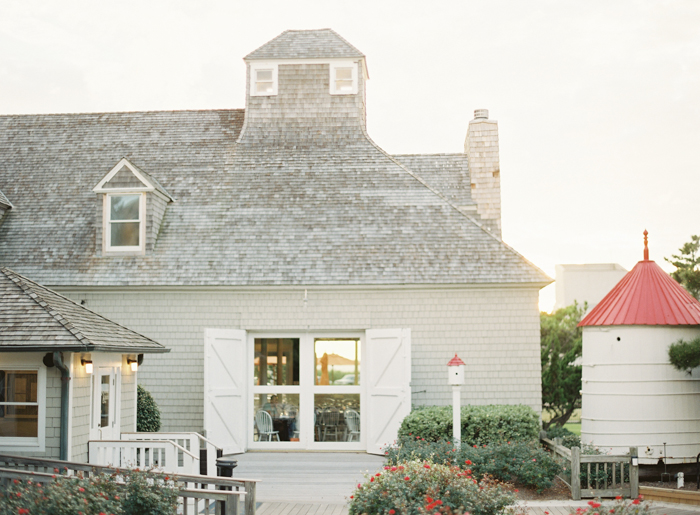 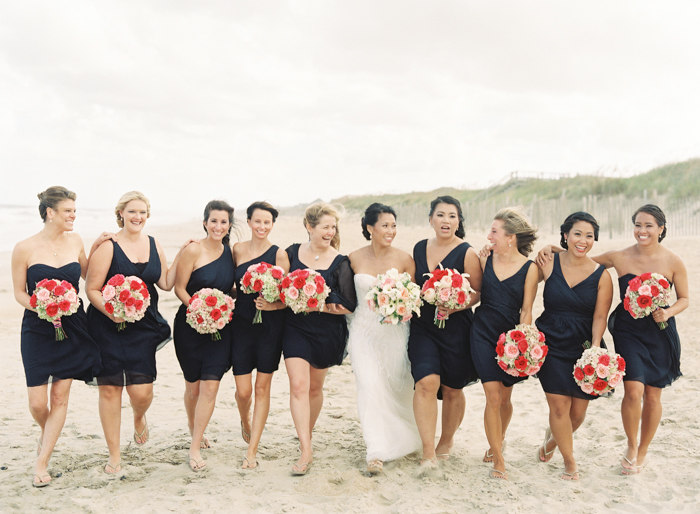 It’s so hard to narrow down the most memorable part – from putting on the dress to Billy Joel’s “Piano Man” concluding the evening – each were so fantastic in their own right that all culminated into a dream day! If we had to choose, it would likely be our vows. We wrote our own and the words that tumbled out not only tied up our 20 year history in 2-3 minutes, but also set the foundation for our future together. Seeing every single person on the dance floor rocking out to Living on Prayer was pretty priceless too! 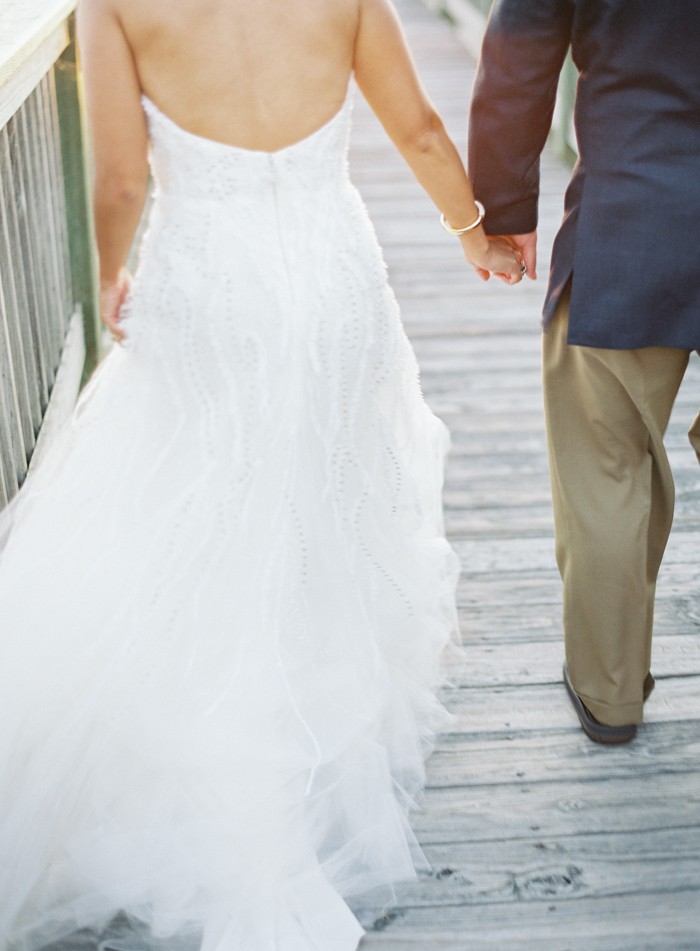 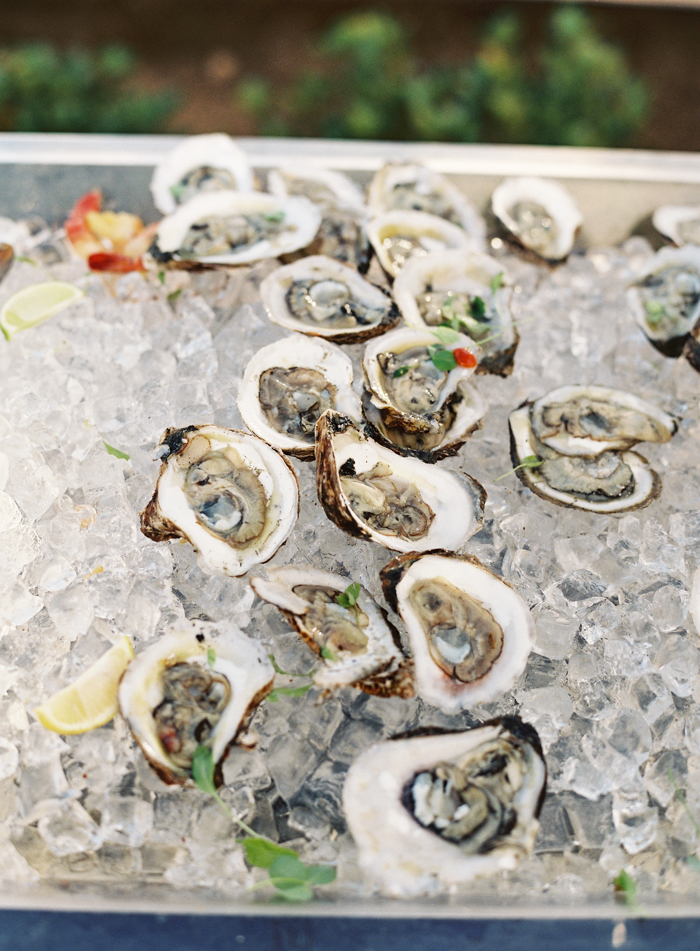 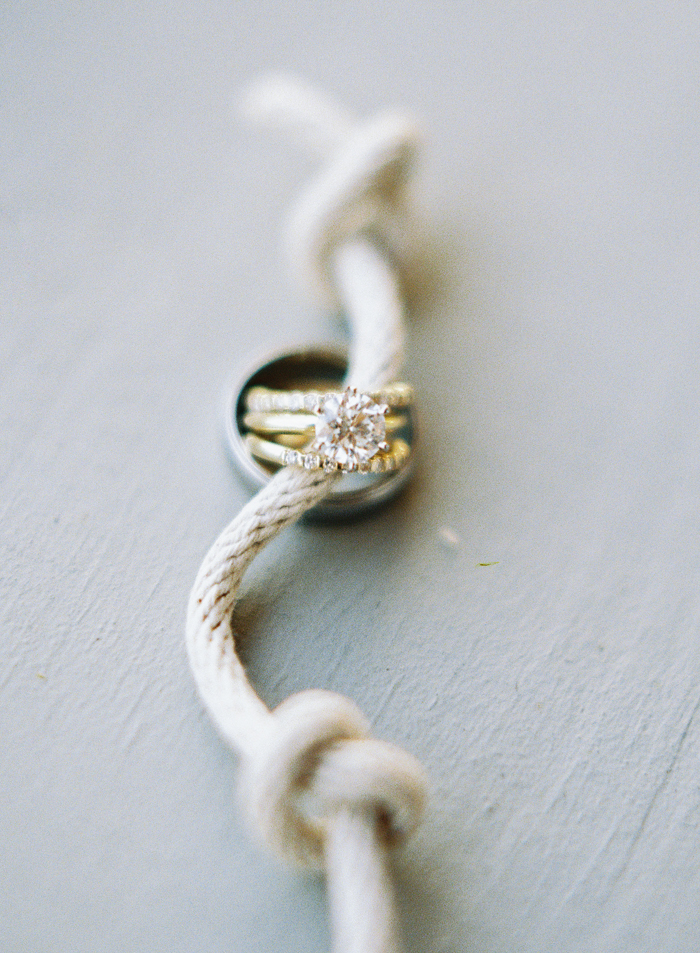 We grew up in the same town, 10 minutes away from each other. We met at 14 years old during our second or third week of our freshman year of high school. Evan played football; I cheerleaded, so our early “dates” consisted of Friday night football games followed by a McDonald’s dinner. We proceeded to “break-up” and “get-back-together” over the next four years in true dramatic high school fashion. We both attended Virginia Tech but went our separate ways; typically keeping in touch around our birthdays as we’re two days apart. It wasn’t until over a decade later when I moved back to the area that we reconnected and got back together for good. With this kind of history, Evan knew the marriage proposal had to be good. He crafted seven letters, each one documenting a stage of our relationship and placed them all around my apartment with a path of rose petals directing me to the next one. Letter 1 started with freshman year Homecoming and Letter 7 ended with a proposal cued to Snow Patrol’s “Just Say Yes”. After reading it, I turned to Evan who was down on one knee with a gorgeous ring. Our wedding was two decades in the making and absolutely worth the wait! 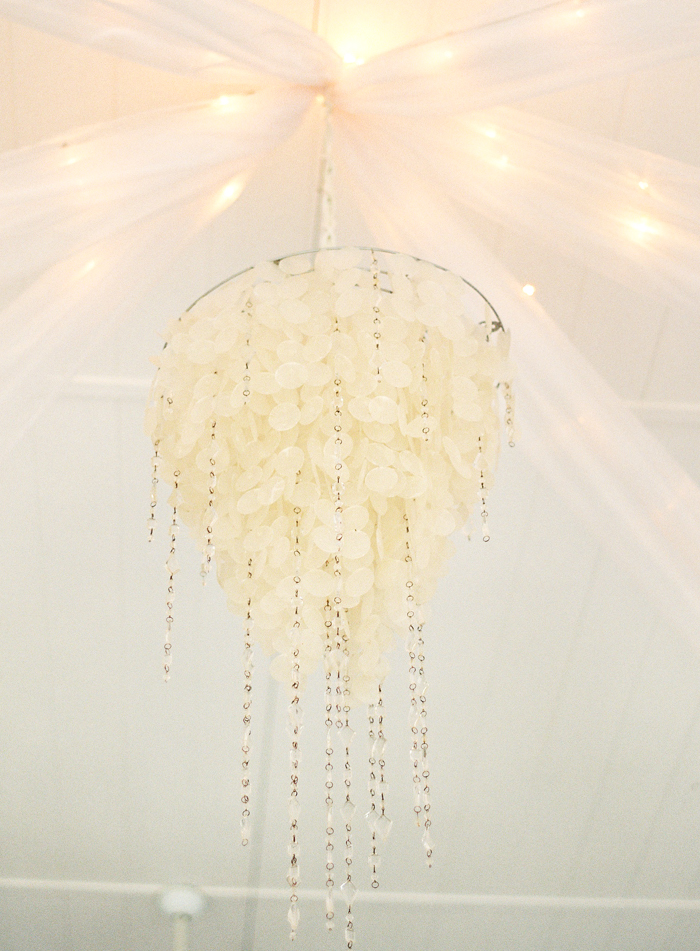 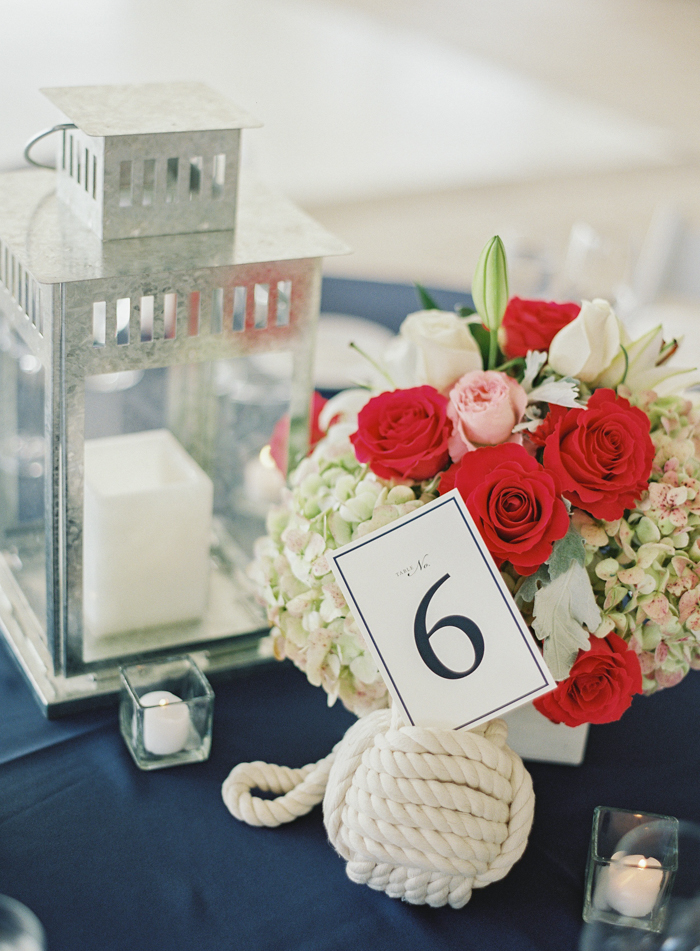 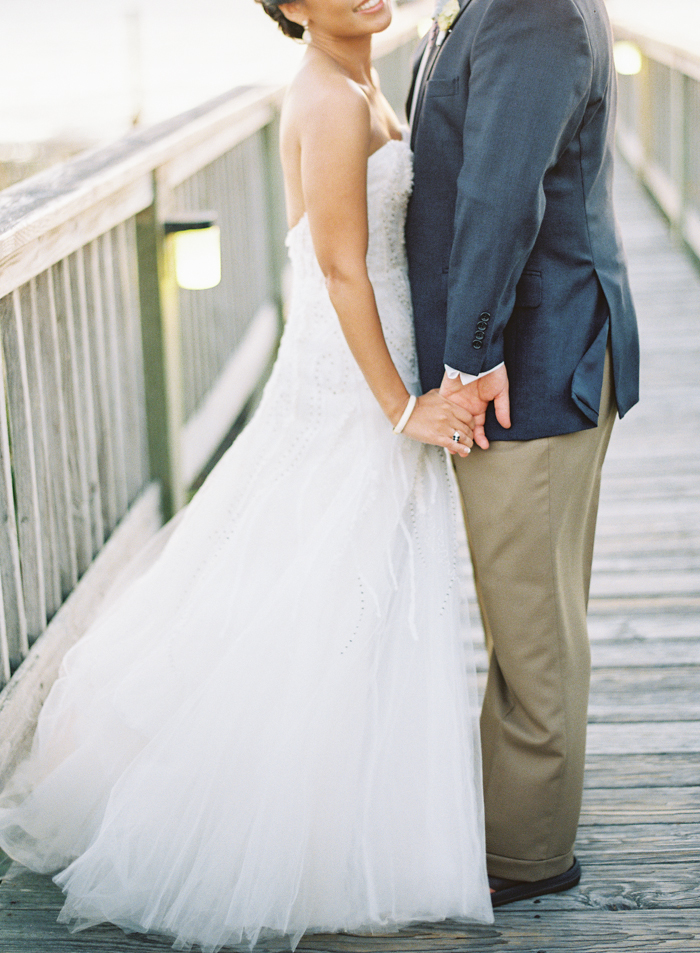