Molli and Justin’s wedding at Jule Collins Smith Museum of Art on the Auburn University campus was full of sentimental details and unique touches. There’s no doubt, though, that the stand out feature of the day was the way Molli’s primary color, bordeaux, was brought to life by florist Thorne and Thistle. The florals are abundant and stunning, transitioning beautifully from the romantic courtyard ceremony to the modern interior of the gallery reception. With planning and coordination by Invision Events, stationery from By Invitation, and a Cakeitecture cake decked out in MORE flowers, this one is sure to inspire and we’re thrilled to share all the beautiful moments captured by Eliza Morrill. 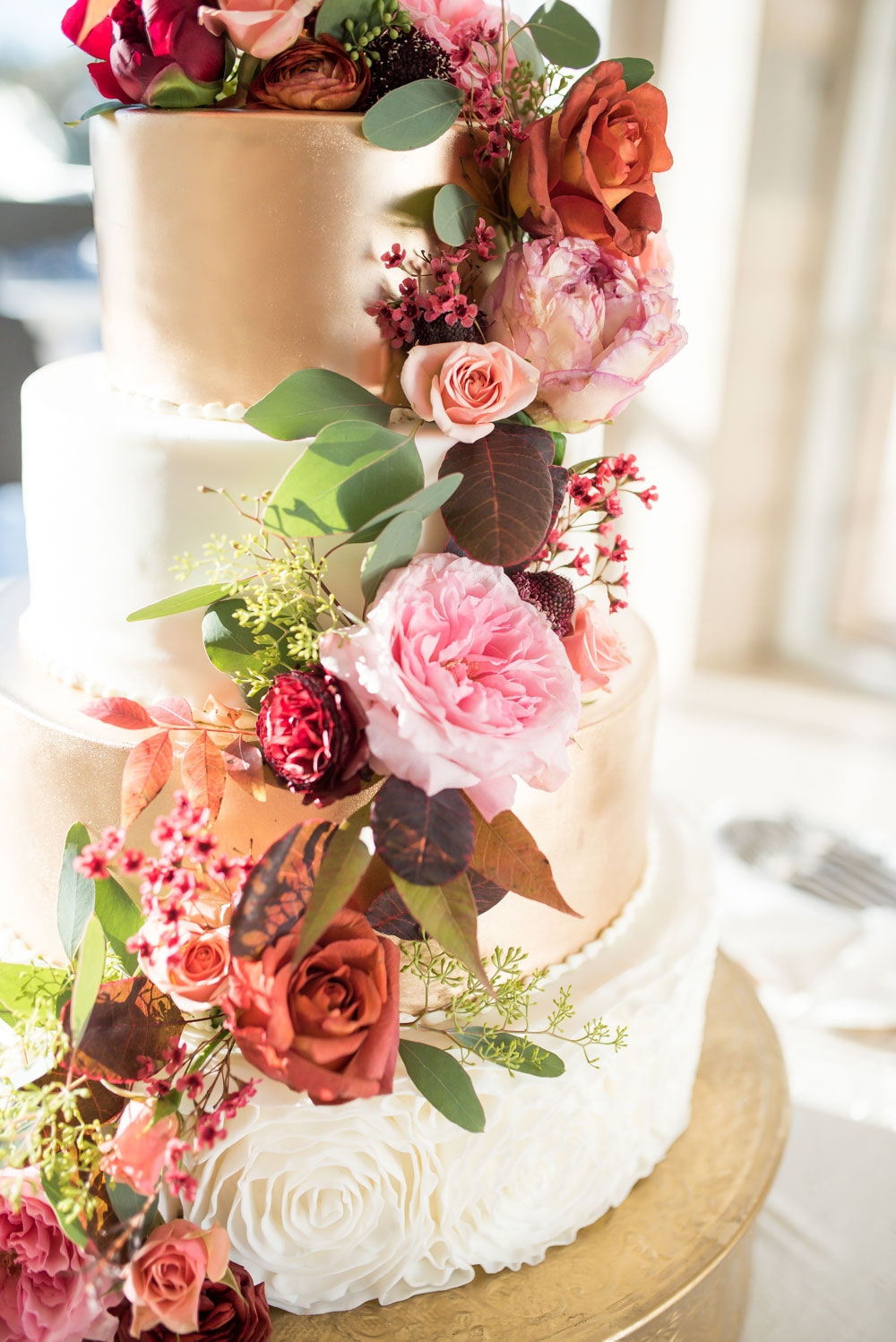 From the bride:  I choose to have our wedding at Auburn because I was an art major at Auburn University and had classes and attended events at the museum and always thought it was the most beautiful venue. I’m a third generation Auburn alumna so naturally it’s one of my favorite places! 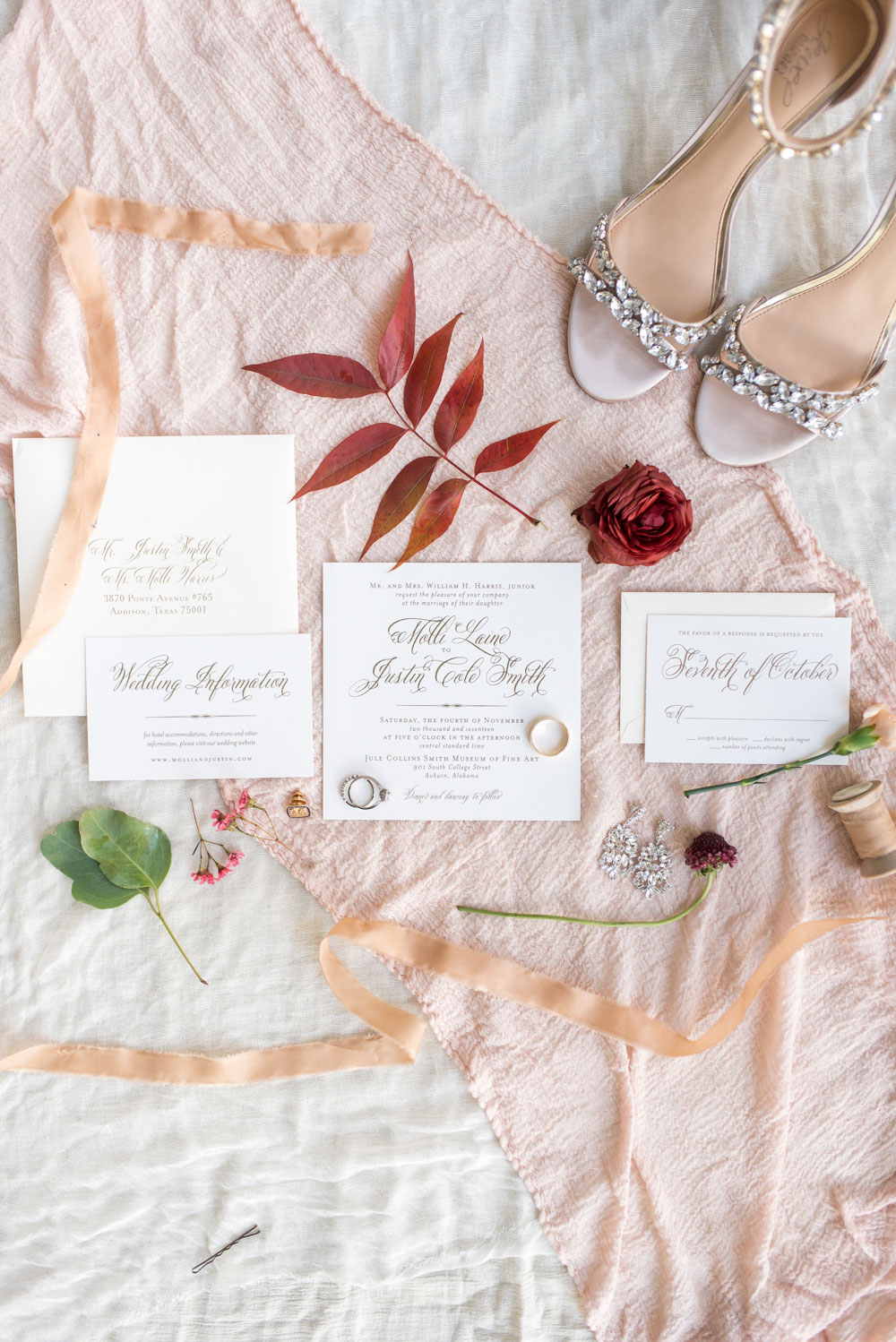 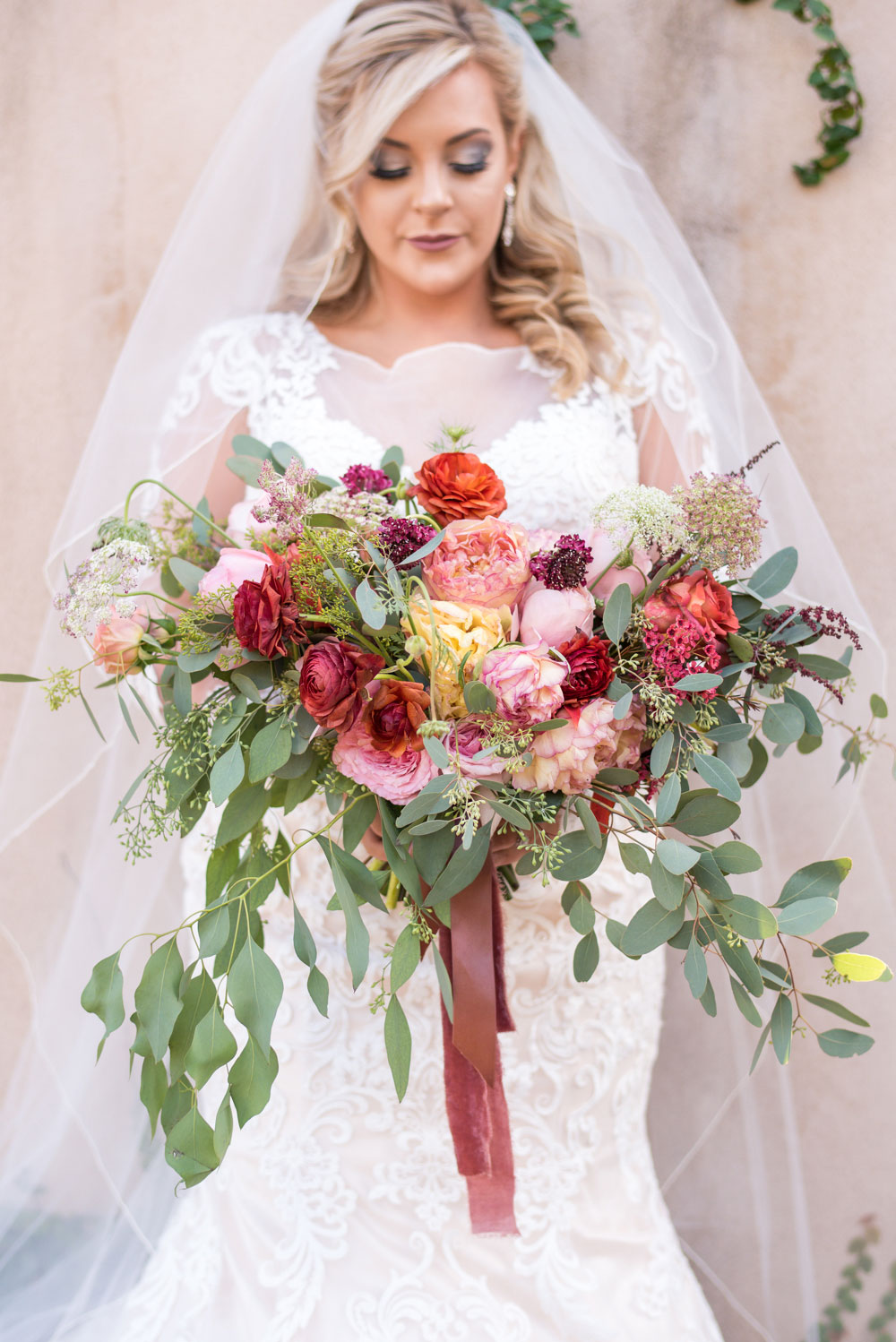 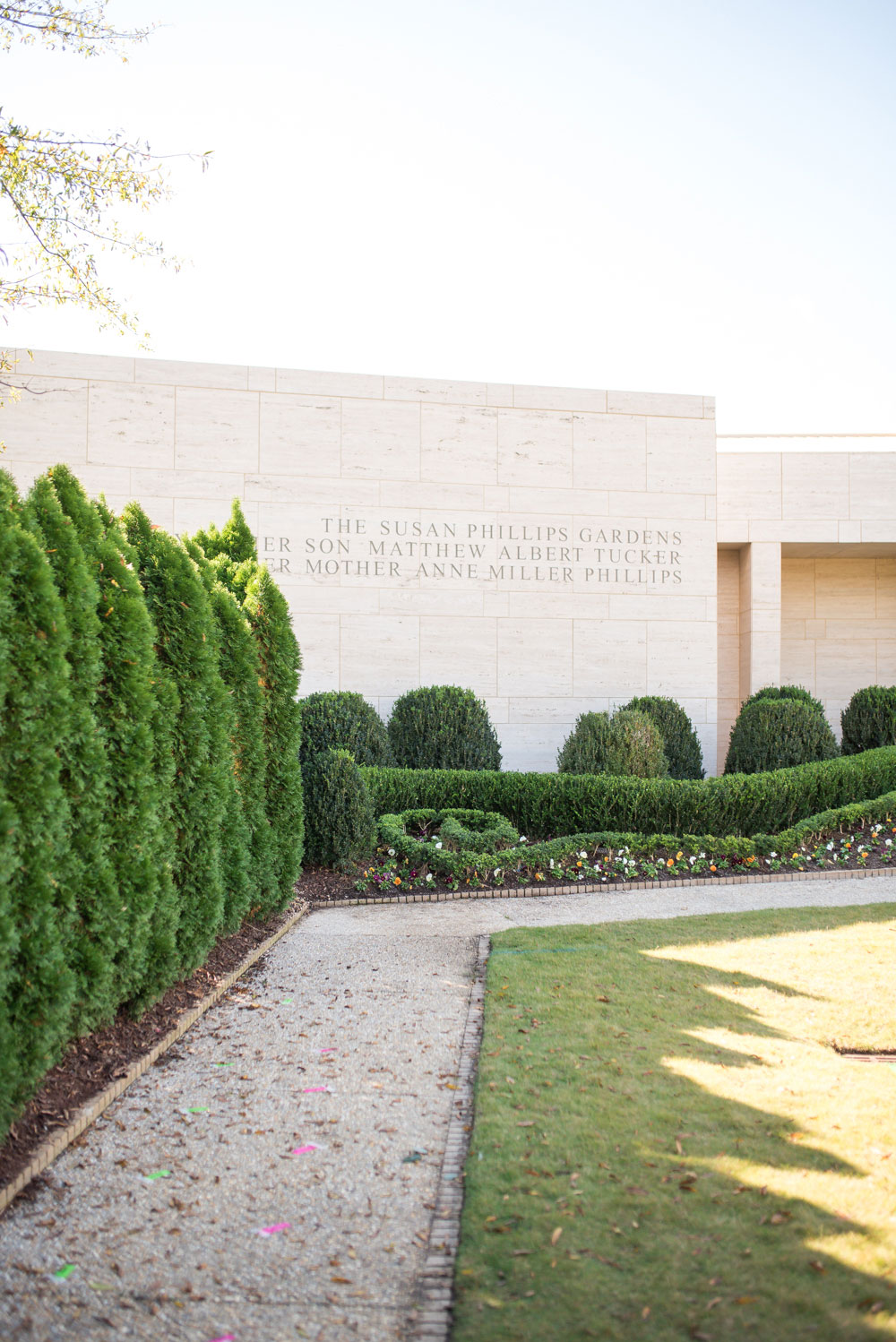 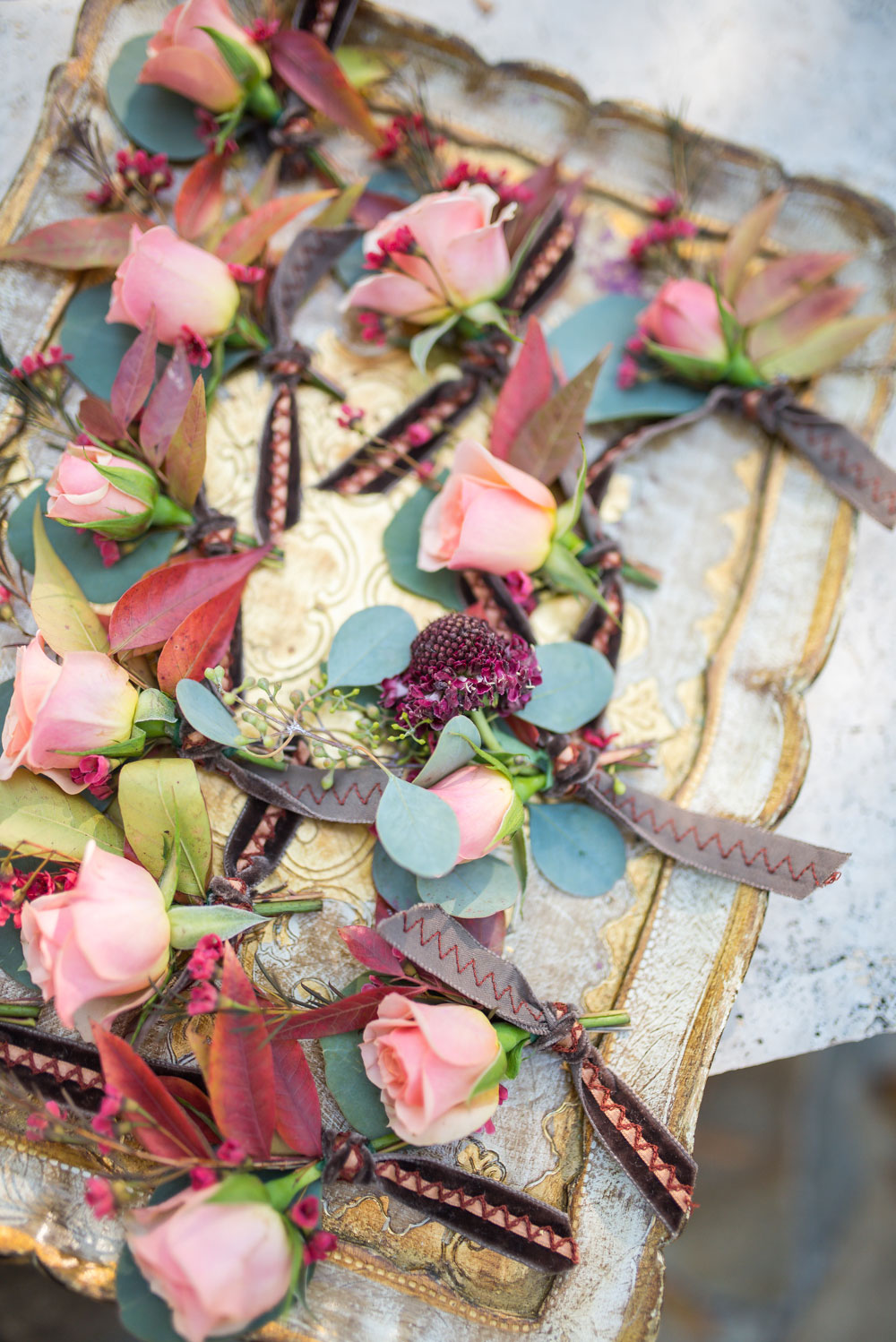 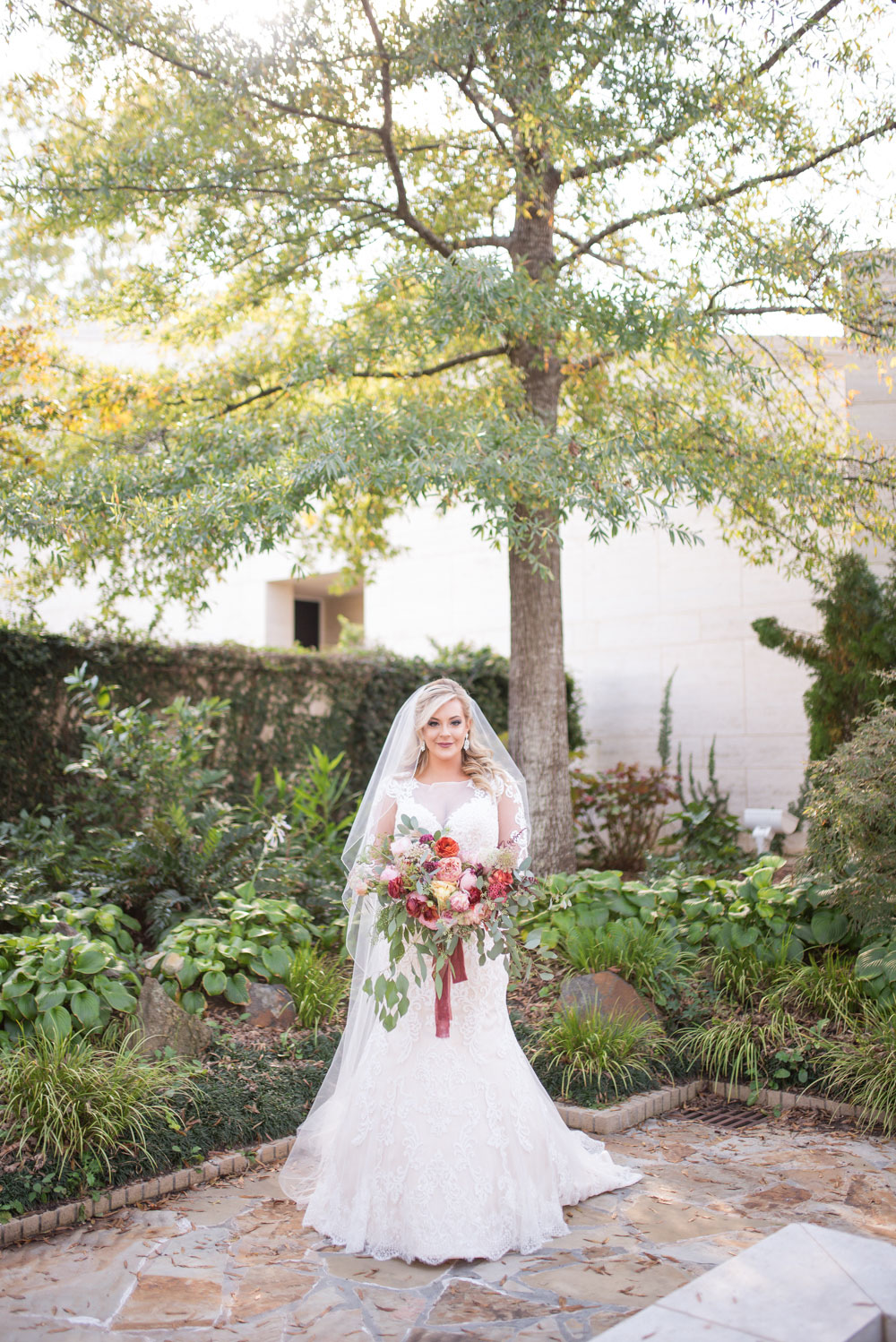 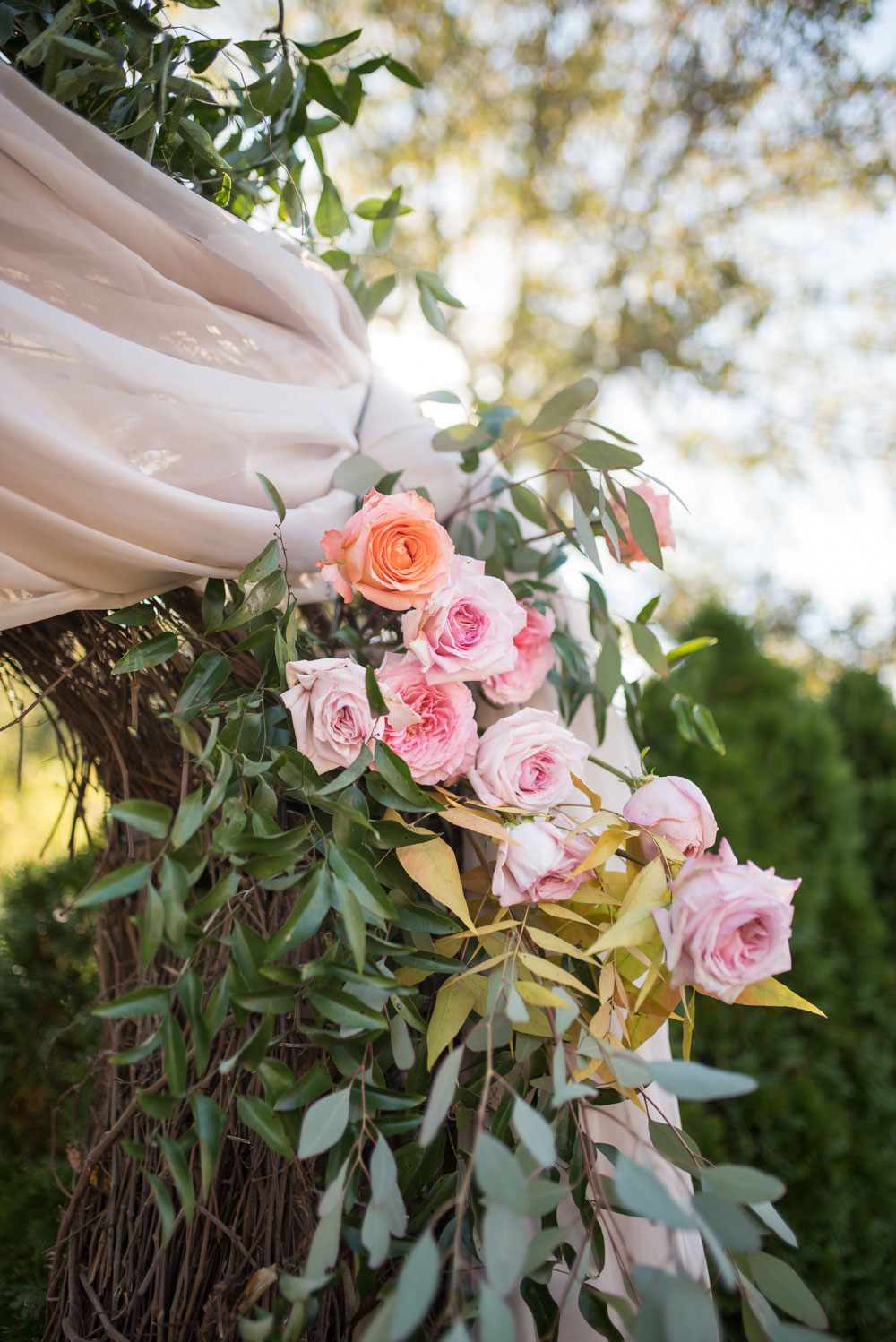 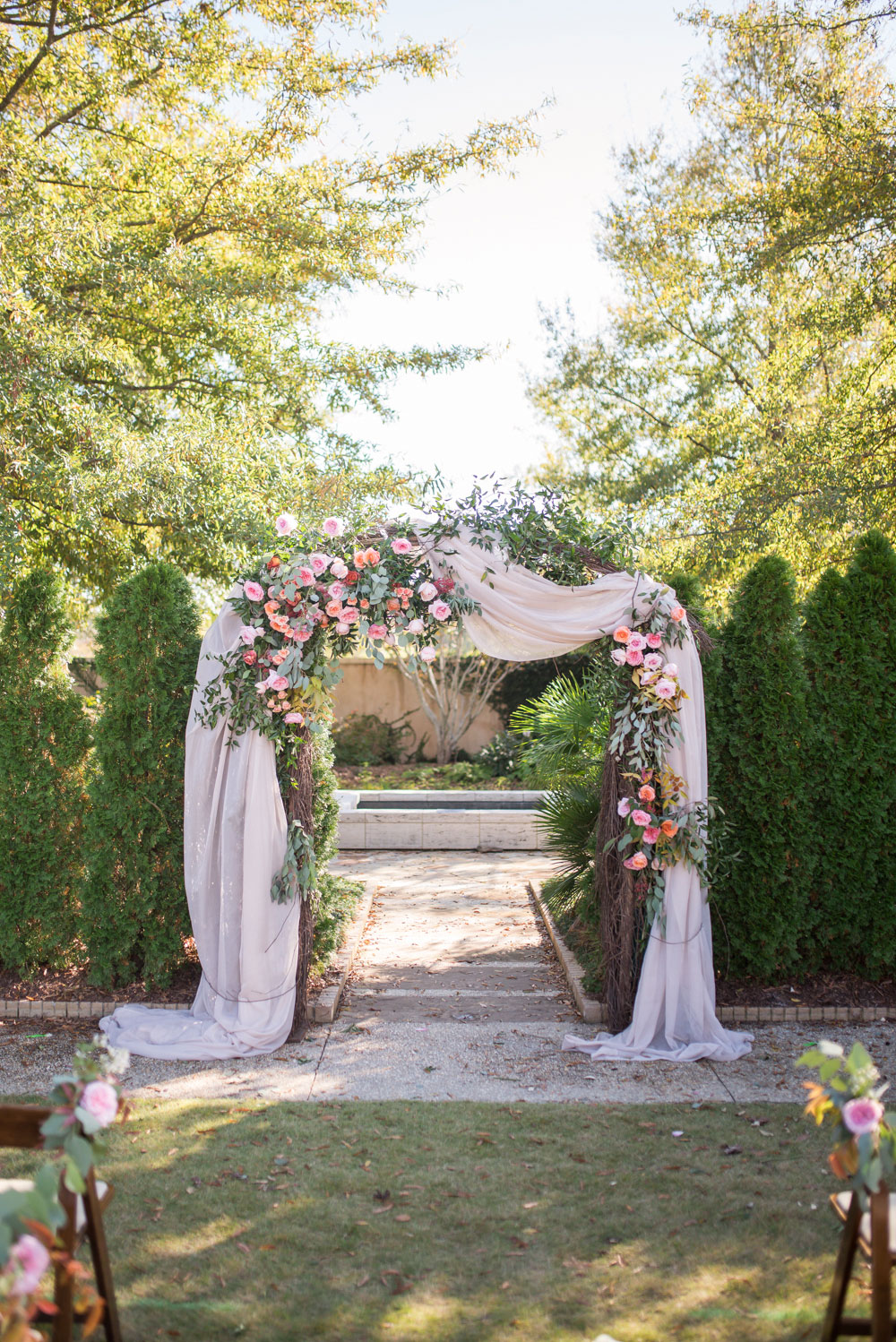 I wanted to keep a family tradition and have sleeves on my gown so I started looking while I was living in Nashville. I found the perfect dress at a boutique in Nashville. 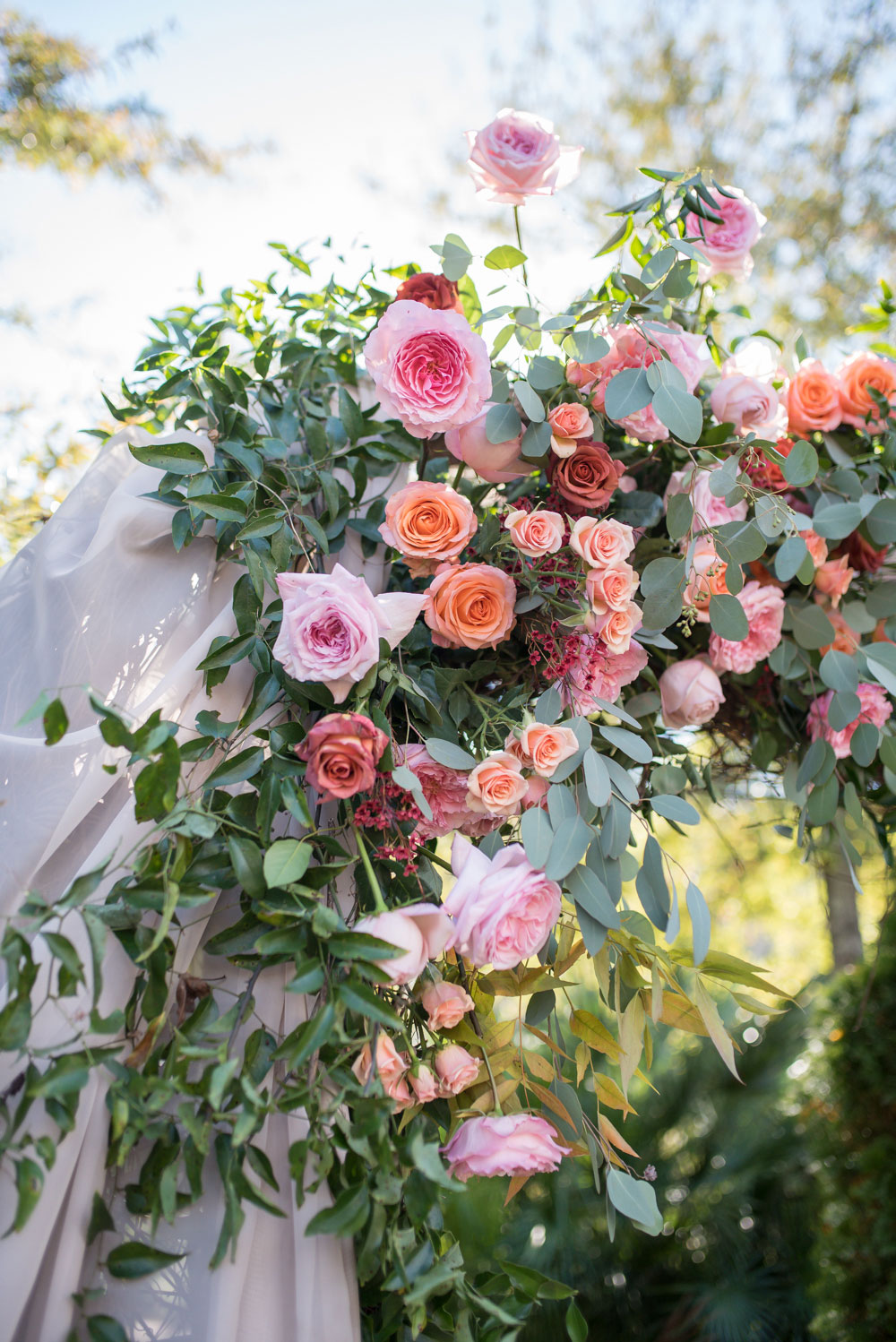 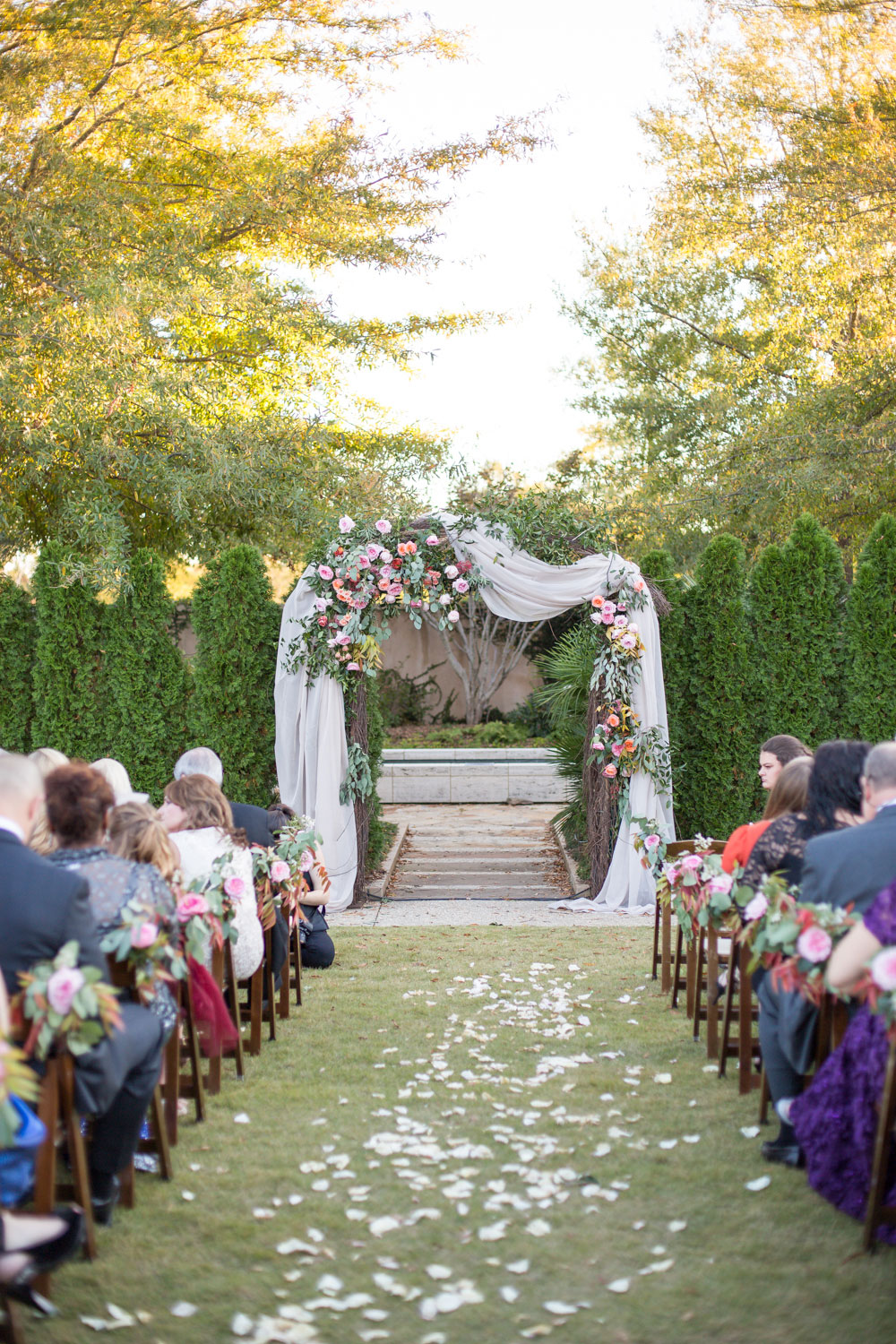 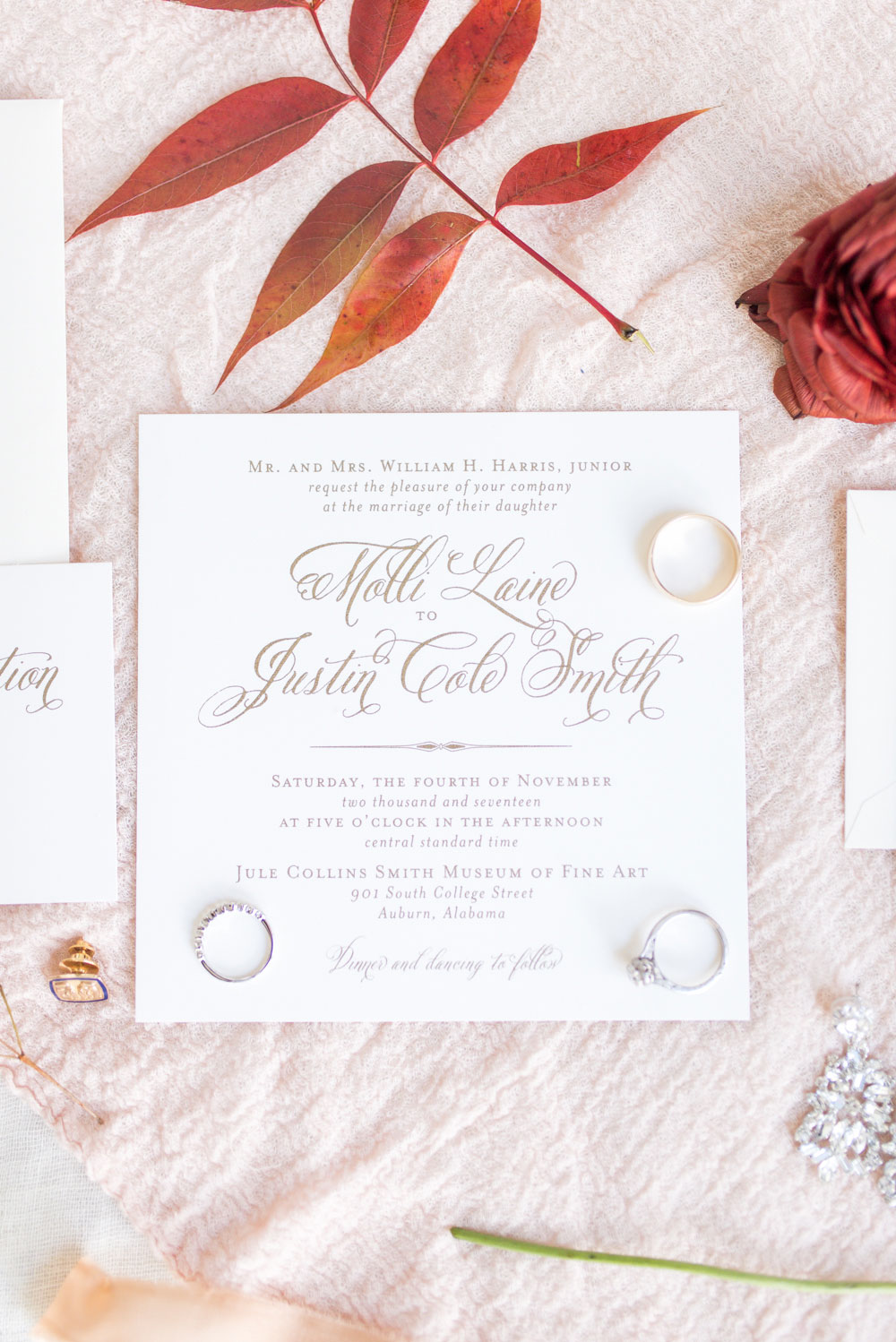 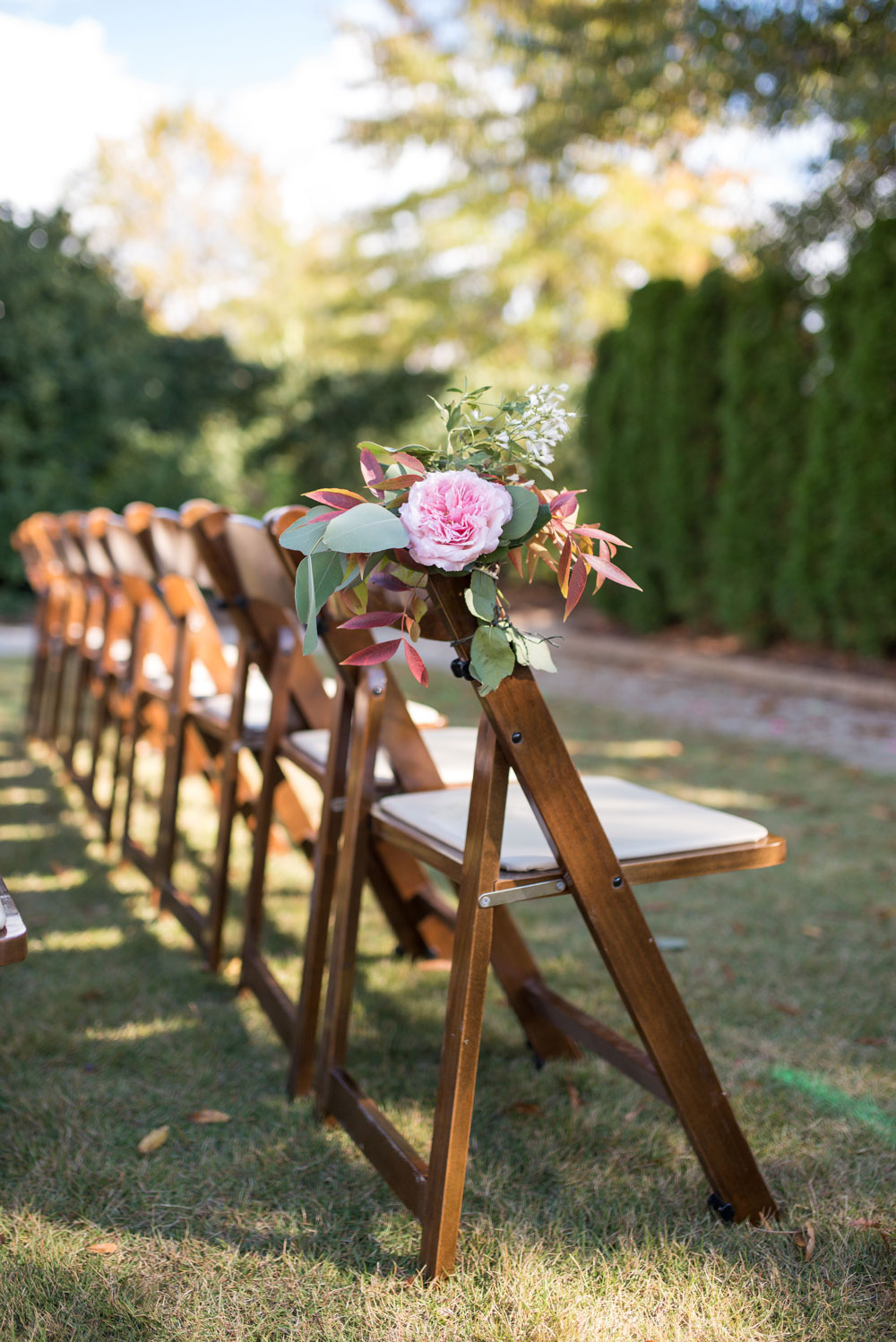 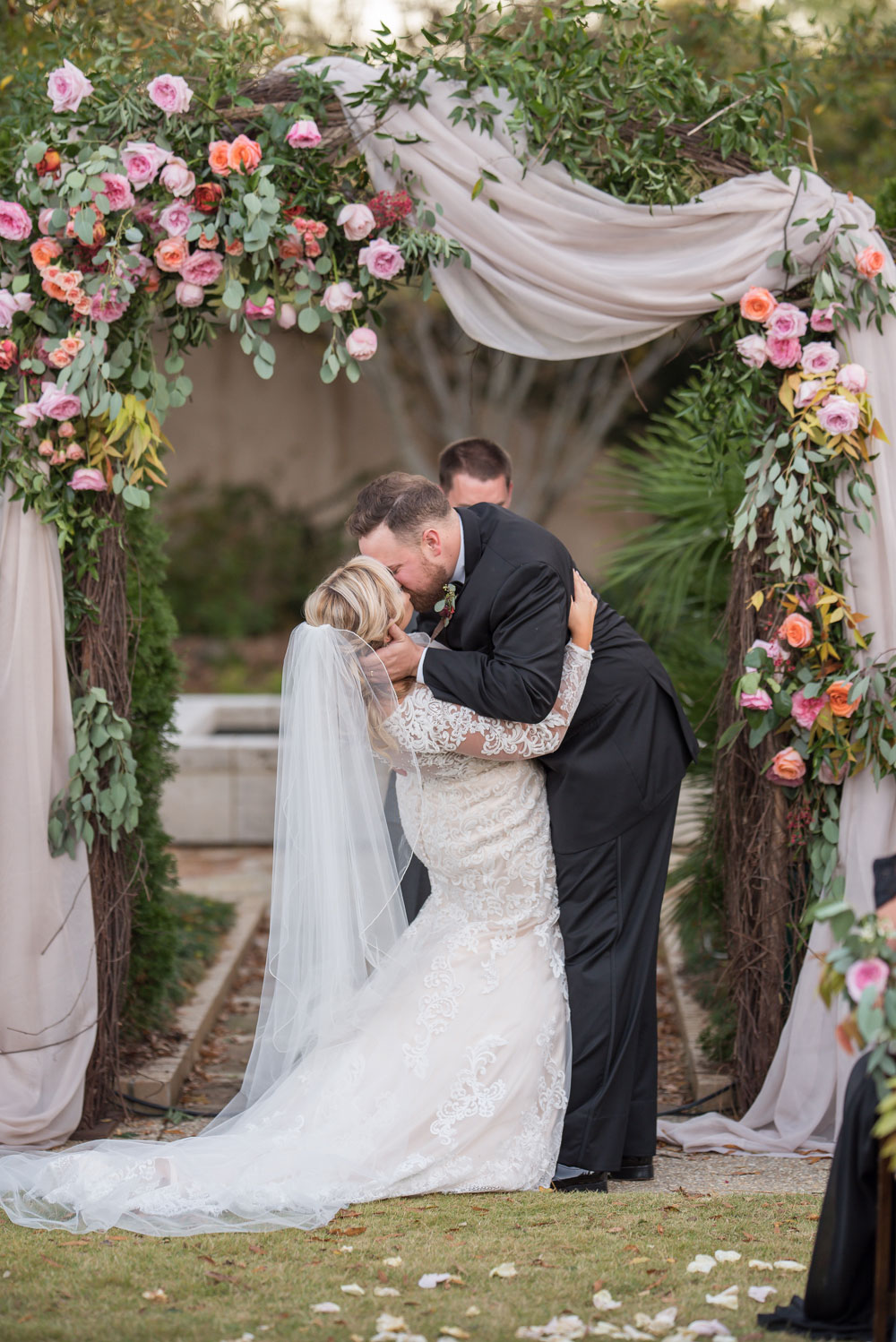 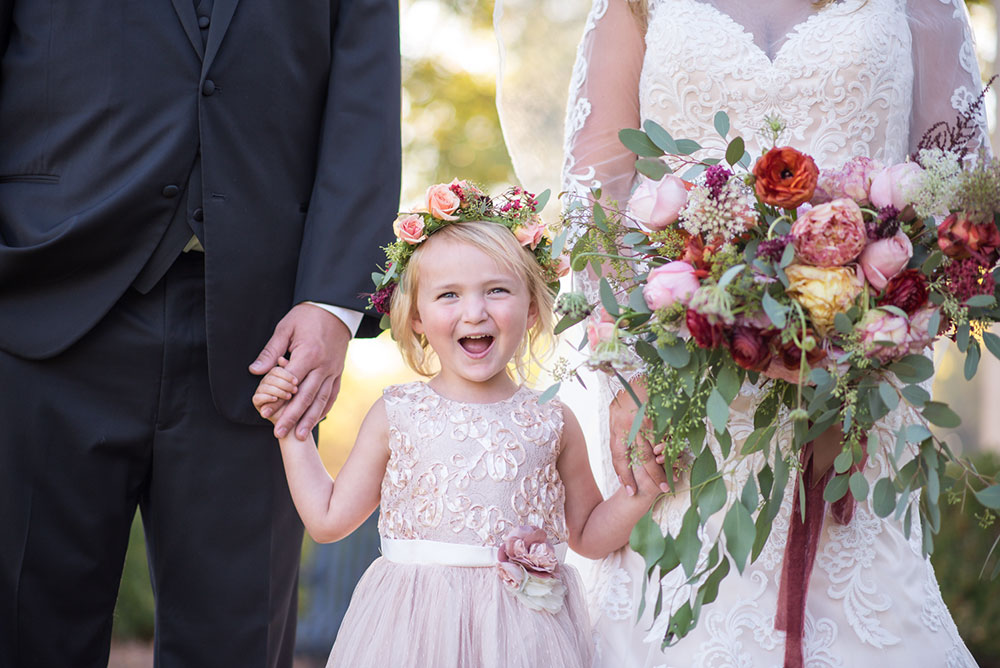 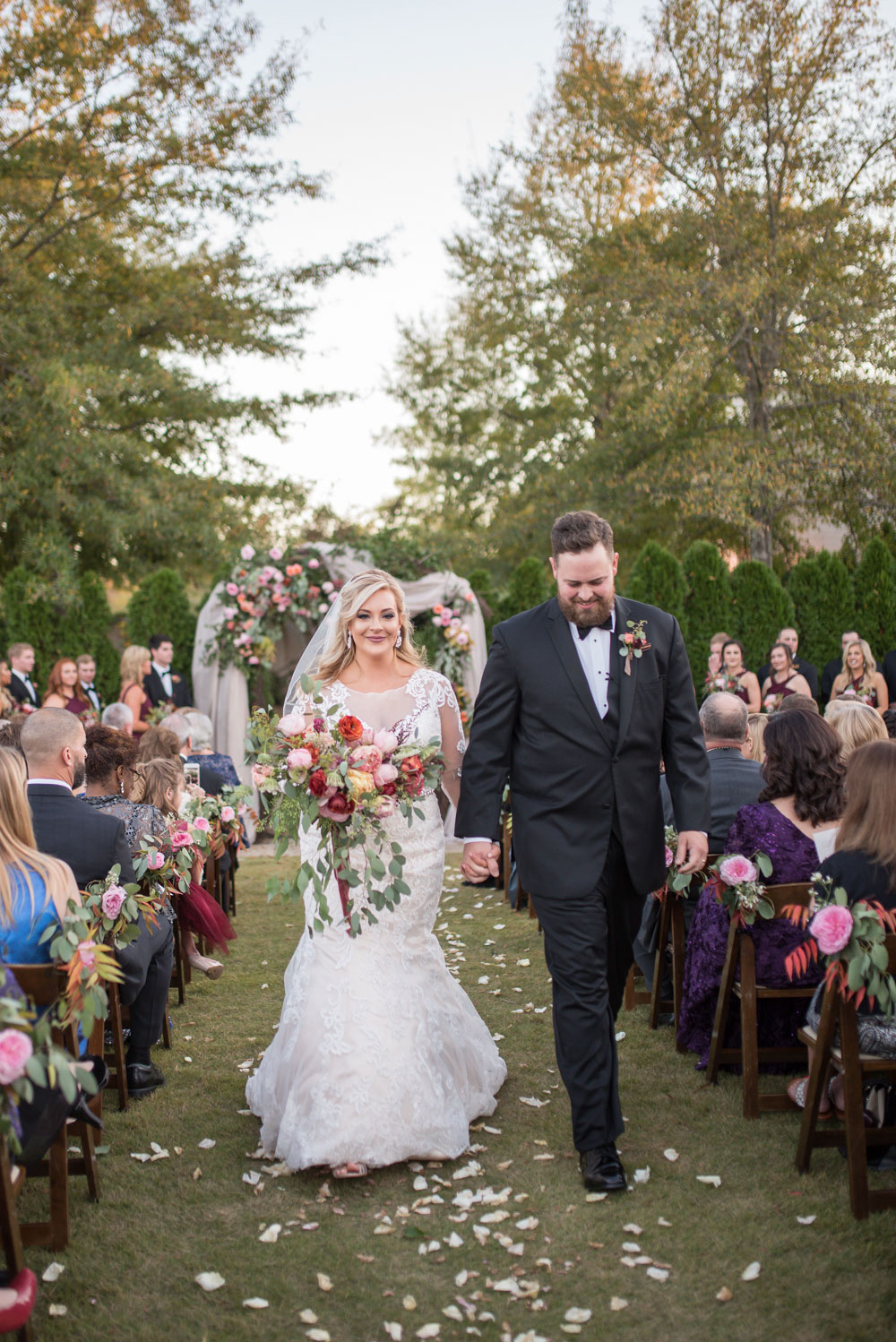 From the bride: I wore my late grandfathers Allstate “good hands” pin he was given after 40  years of service. I also wore it on my graduation from Auburn. The first dance was the same song as my parents used and they just celebrated 25 years of marriage. I added tulle from my grandmothers dress to add my “something old”. 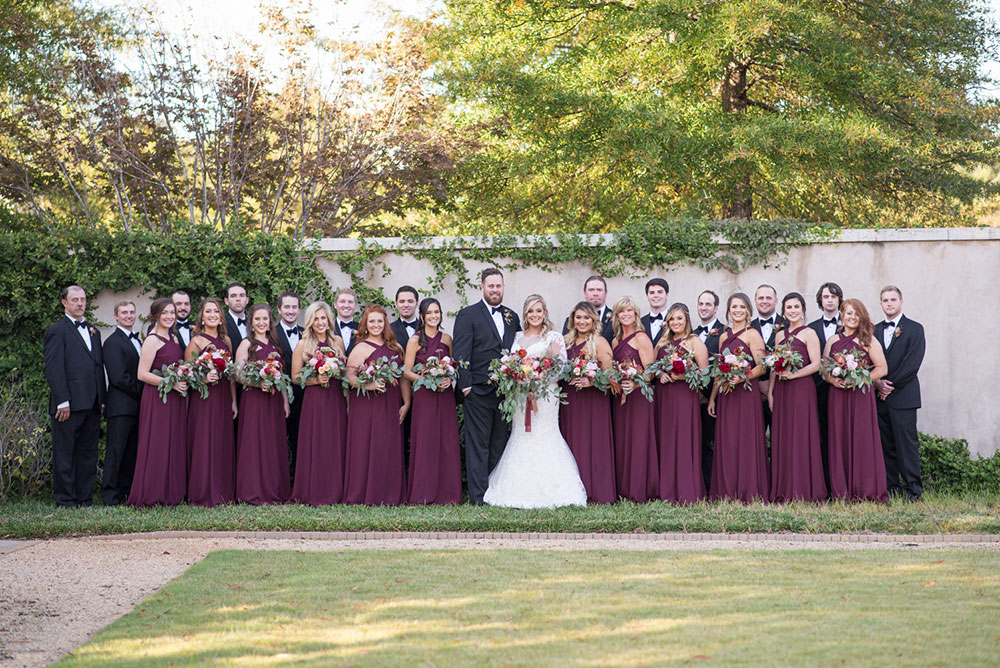 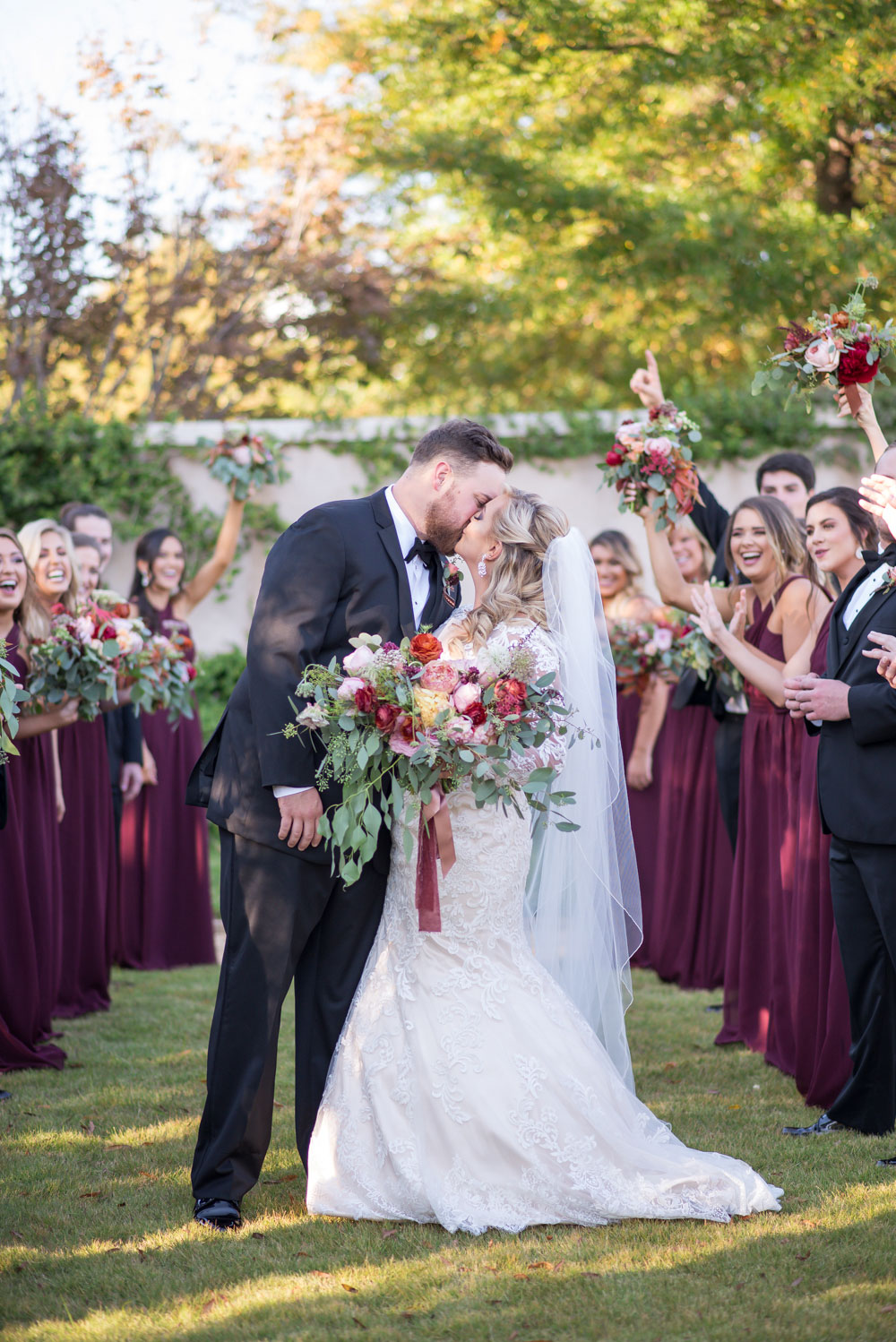 From the bride: I would have to say Justin’s reaction on our first look and when I walked down the aisle. The raw emotion we felt at that moment was better than we ever anticipated. 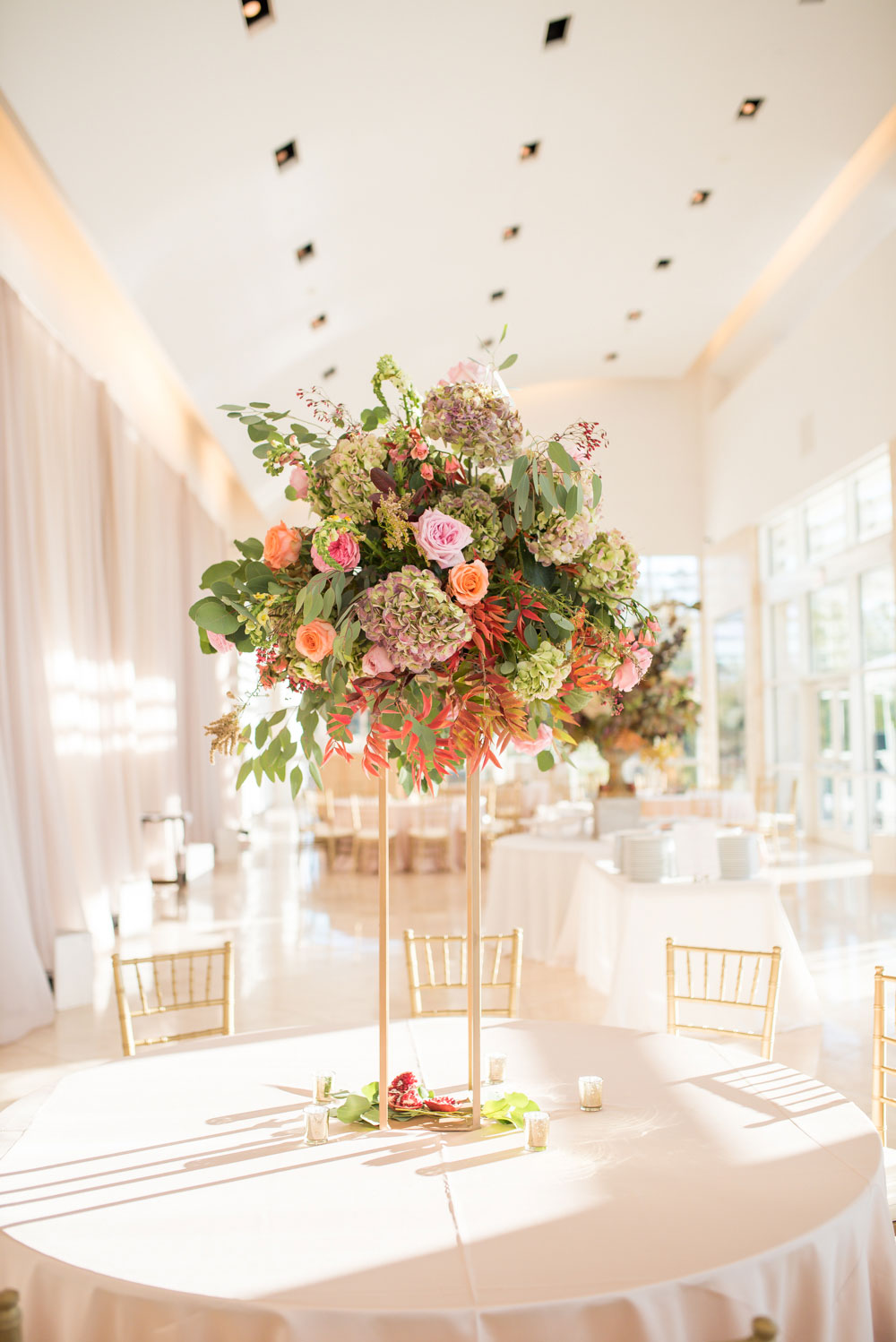 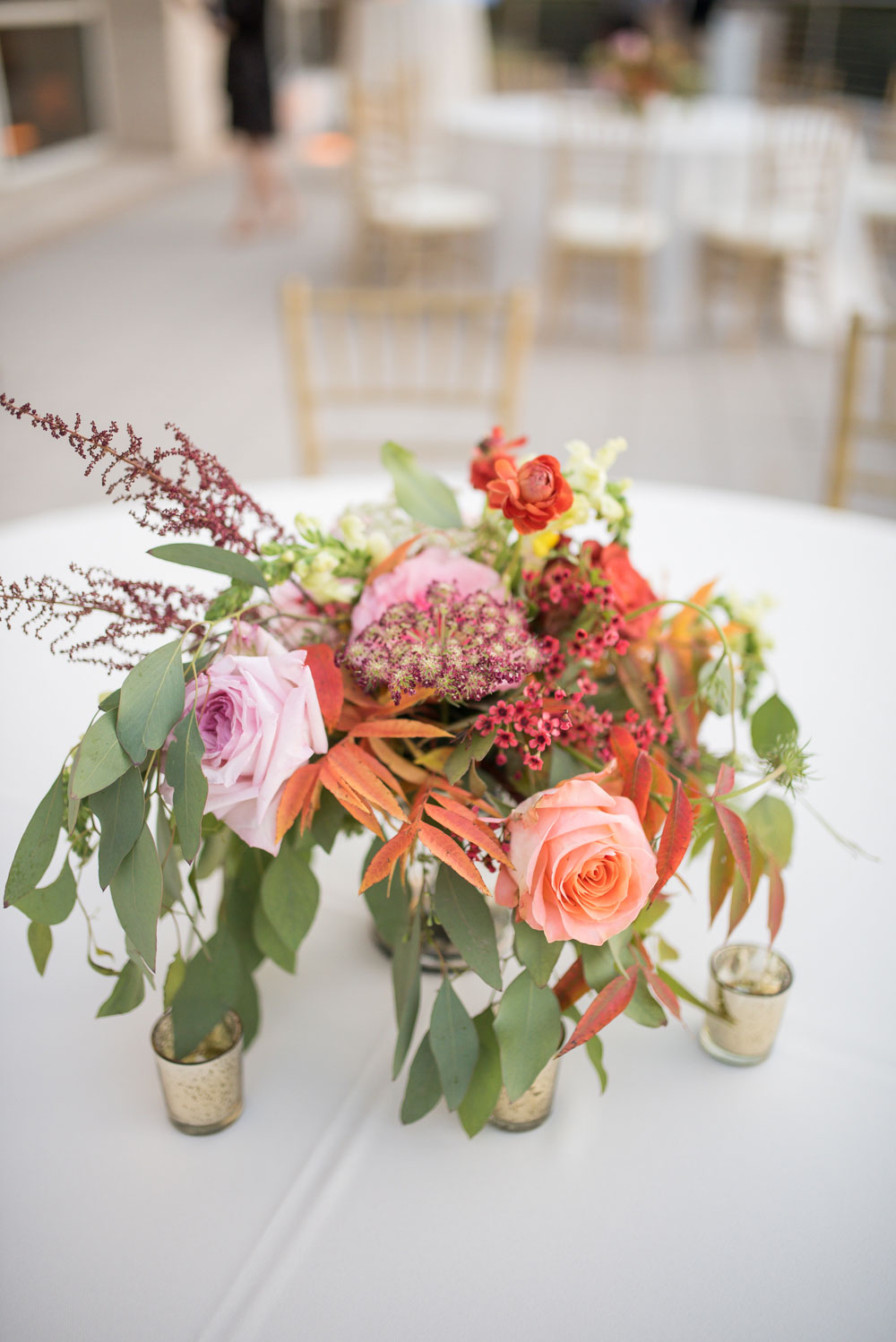 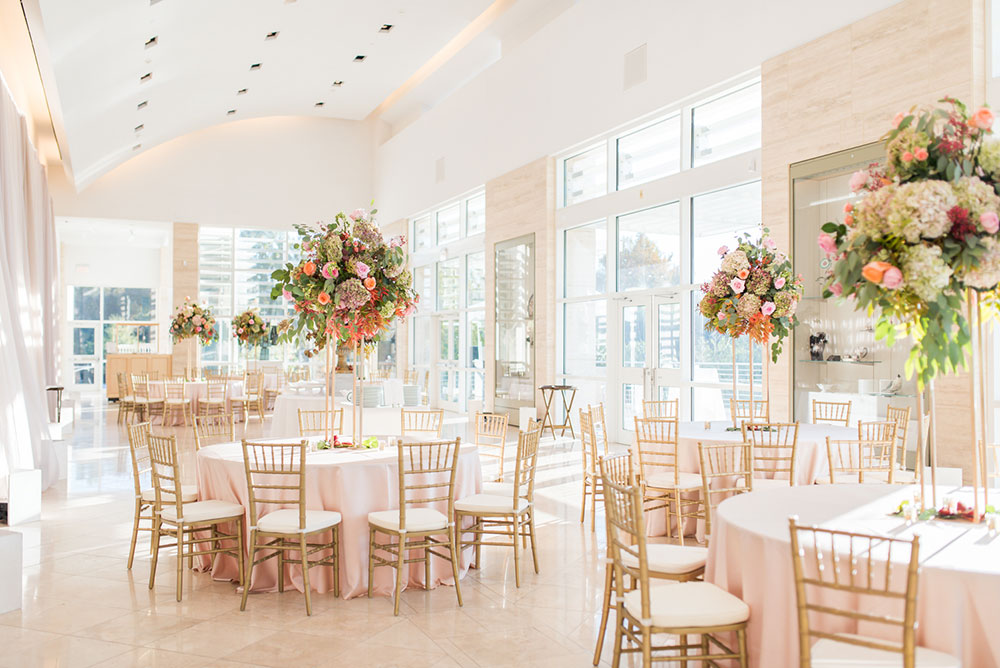 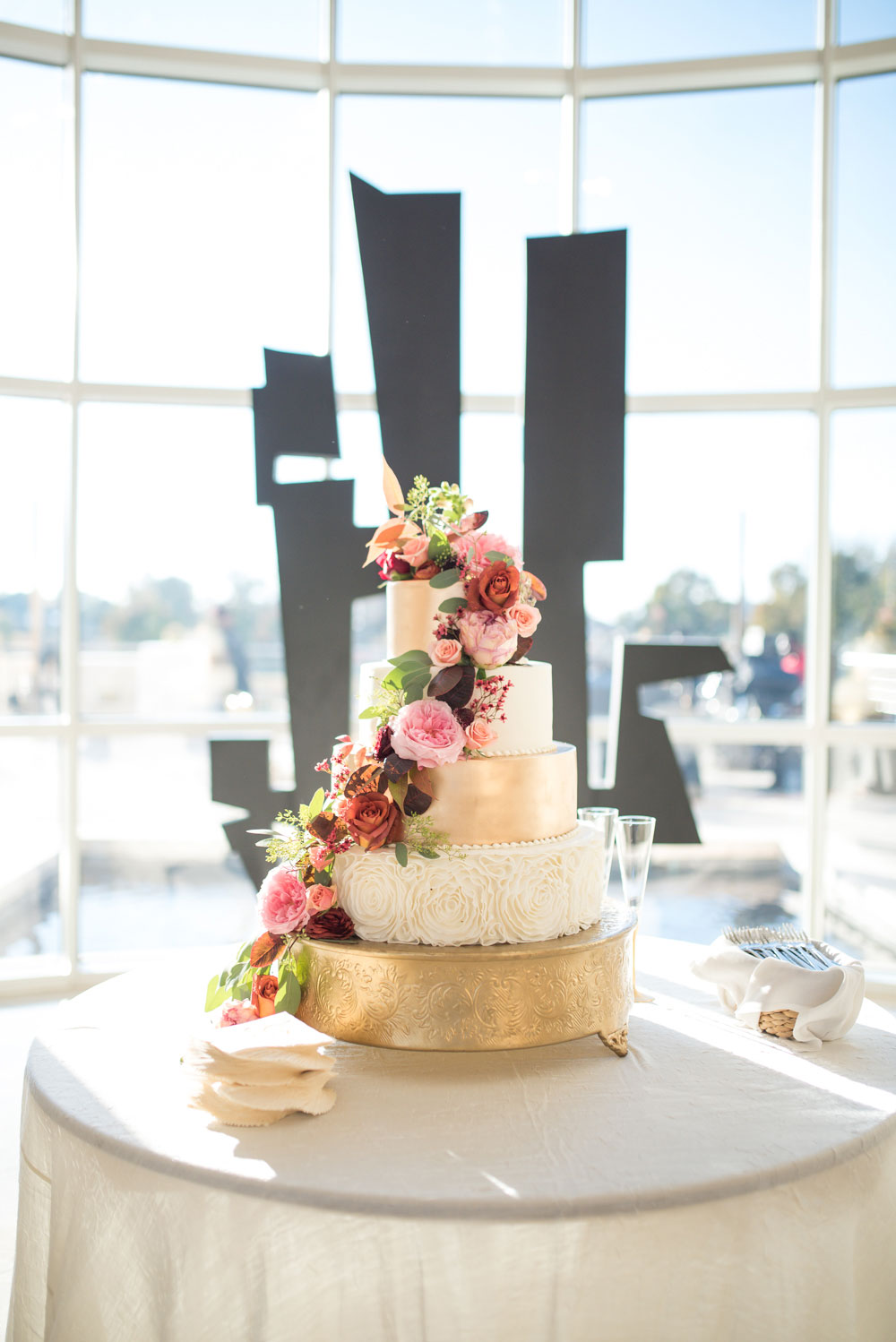 From the bride: I met Justin on July 17, 2016 in Birmingham, AL at the World Deer Expo. I was traveling through Birmingham with my friend, Taylor Bassham, on the way home to Columbus, GA for the weekend. She had a friend, Matthew Howell, who was in Birmingham for the World Deer Expo running a booth for his company, Freak Outdoors. She reached out to Matthew and he asked us to stop by the booth on our way back to Nashville that Sunday. When we went to the Freak Outdoors booth, I immediately noticed Justin – it was hard not to with how big of a guy he is! I secretly pointed at him and whispered to Taylor, “I want him!” I was immediately interested in him when we began talking about his travels and his hobbies. I will admit that I was flirting with him really hard! I was disappointed that he didn’t ask for my number because I really thought we had hit it off. So, right before I left the booth, I took it upon myself to hand him my business card with my cell phone number circled on it and told him to call me sometime! Taylor and I left the booth and went to dinner and about 5 minutes later, I had a text message from Justin asking me where we went to dinner and if he could meet us before his flight! He almost missed his flight because we could not stop talking. Two weeks after that he flew to Nashville to see me, and the rest is history!

Justin and I had a whirlwind romance from the beginning and we knew we wanted to spend the rest of our lives together very early on. I mean he told some of his closest friends at work the day after he met me, “I’m going to marry that girl.” We even said “I love you” only weeks after meeting each other for the first time. People thought we were crazy but when we met each other’s families it was clear to them and us that something was very special about what we have. So, on December 9th we traveled to Bryson City, NC for a mountain weekend get-a-way. Justin had rented us the most incredible cabin I had ever seen and he planned this whole trip for us to celebrate Christmas early together. The next day, Saturday, December 10th, he told me to get ready we were going out to hike and adventure around the city! I of course spent way too long doing my hair and makeup (like I always do) and he was getting very impatient with me and I had no clue why he was getting so flustered! So we set out later that afternoon to go hike part of the Appalachian Trail and we made it about 3.5 miles up the trail when we stopped at New Found Gap. It was sunset and the view was breathtaking. Justin and I were standing on the edge of this lookout when he came up behind me, put his arms around my shoulders, and whispered to me, “I need to ask you something, I heard something and I want to make sure its 100% true.” My initial instinct was worry and panic so I whipped around and found him down on one knee. He asked me “Will you spend the rest of your life with me? Will you start a family with me? Will you marry me?” I was in shock and I could not say yes fast enough!! We were both so emotional in that moment, it was perfect, it was everything I had ever dreamed it would be and more. It still gives me goosebumps just writing about it!