Emily and Greg’s charming wedding in Charleston was exactly what they wanted: small, intimate, simple, and meaningful. They included their late fathers in the event by way of a touching display of candles and making them a part of the ceremony. Their vision for the day was also reflected in the gorgeous floral design by Ooh Events and the elegant black and white paper goods by The Lettered Lilly. The venue,  Cannon Green offered the simplicity and beauty this lovely couple was looking for, and Cheyenne Schultz expertly captured every special moment. 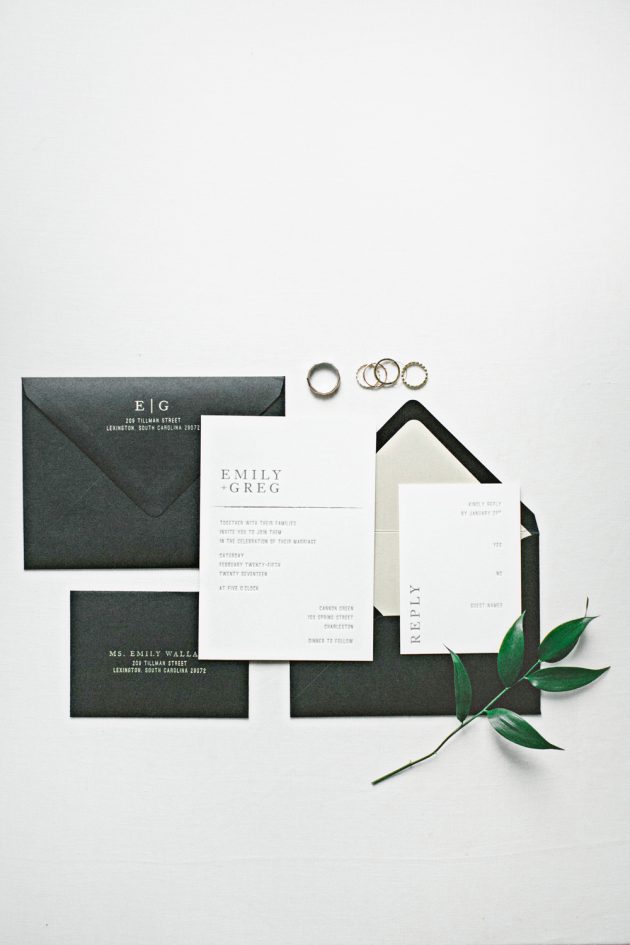 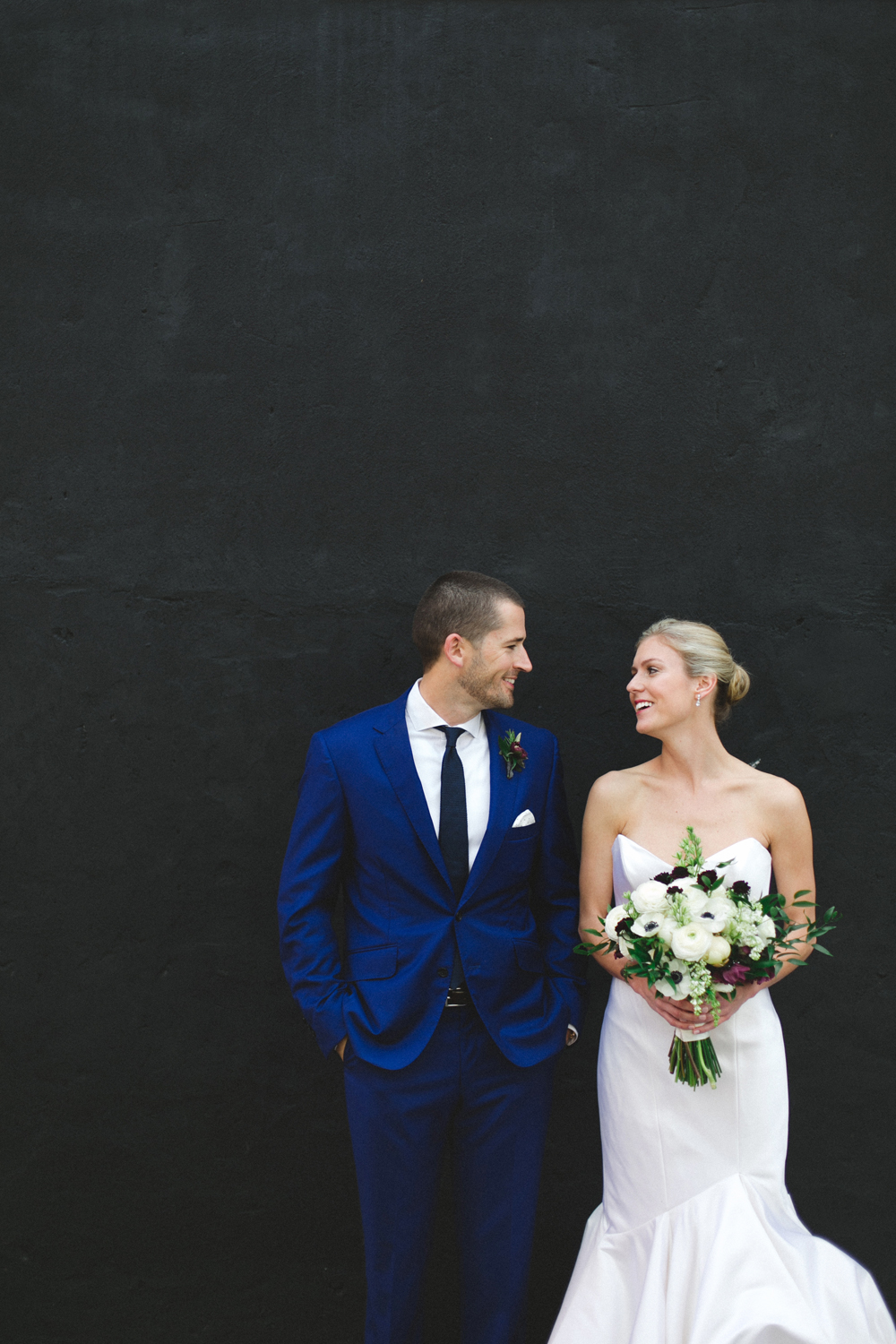 They honored both of their late fathers through a display of two candles on a pedestal and words from their officiant during the ceremony. Greg also carried his dad’s wedding ring that was engraved with he and his mom’s wedding date.

Emily and Greg’s Charleston wedding at Cannon Green took place on the most beautiful 80 degree day in February! It was small and intimate with just close friends and family. The venue was beautiful as is, so there was no need to overdo it. Their wedding was all about Emily and Greg doing things just how they wanted to do them: simple and meaningful. 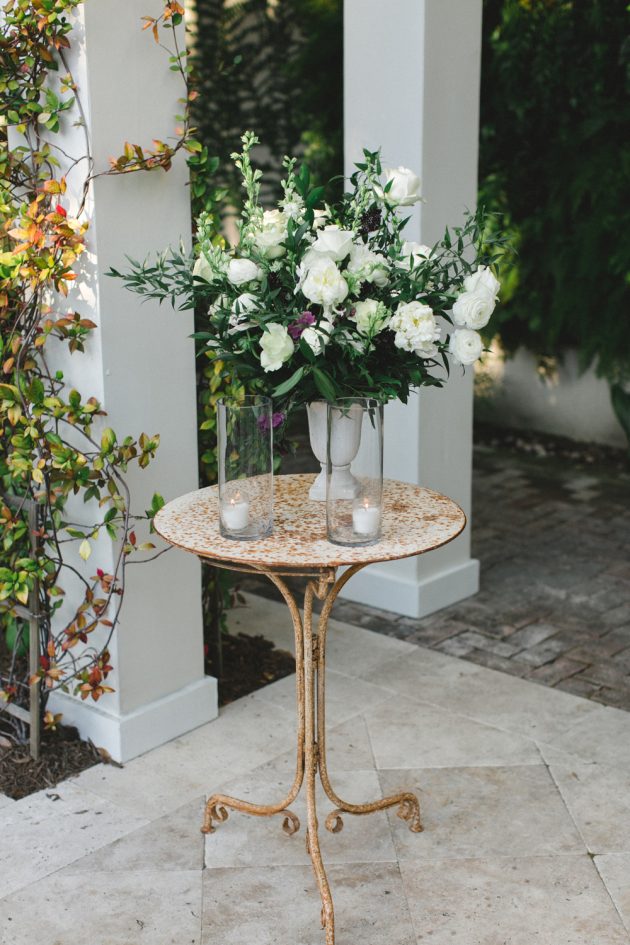 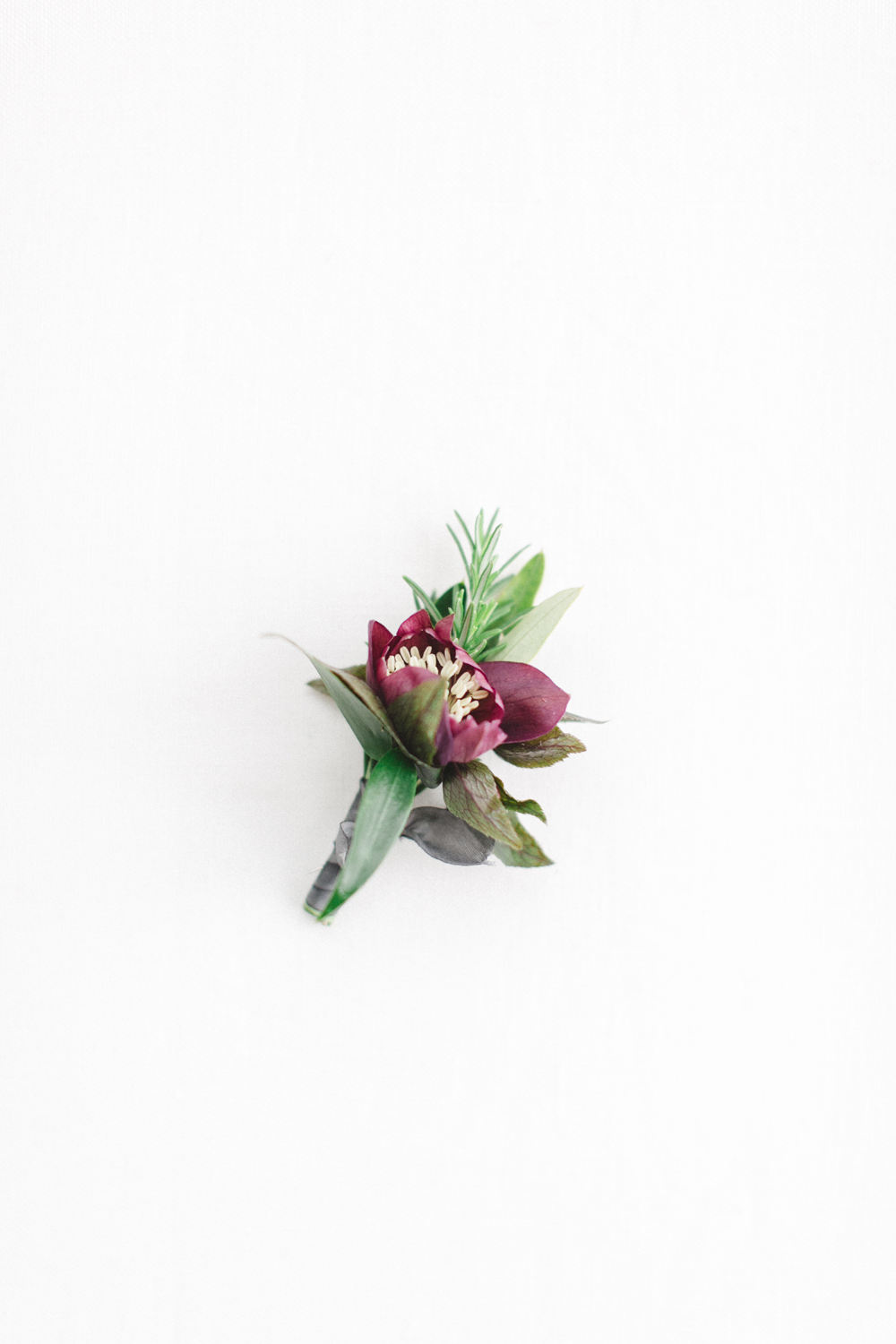 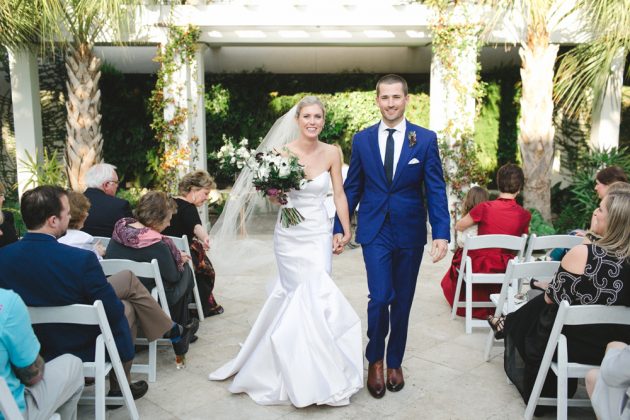 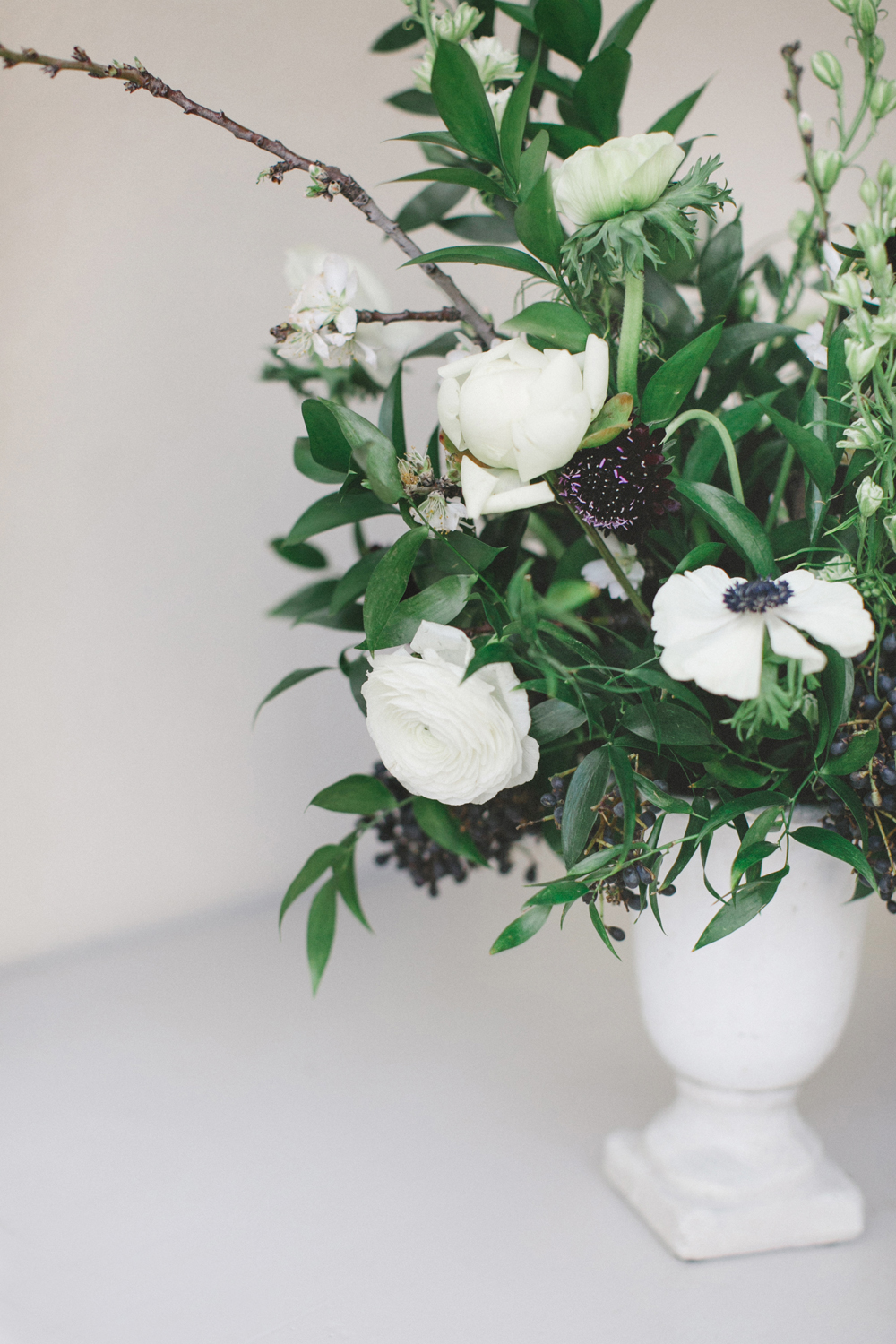 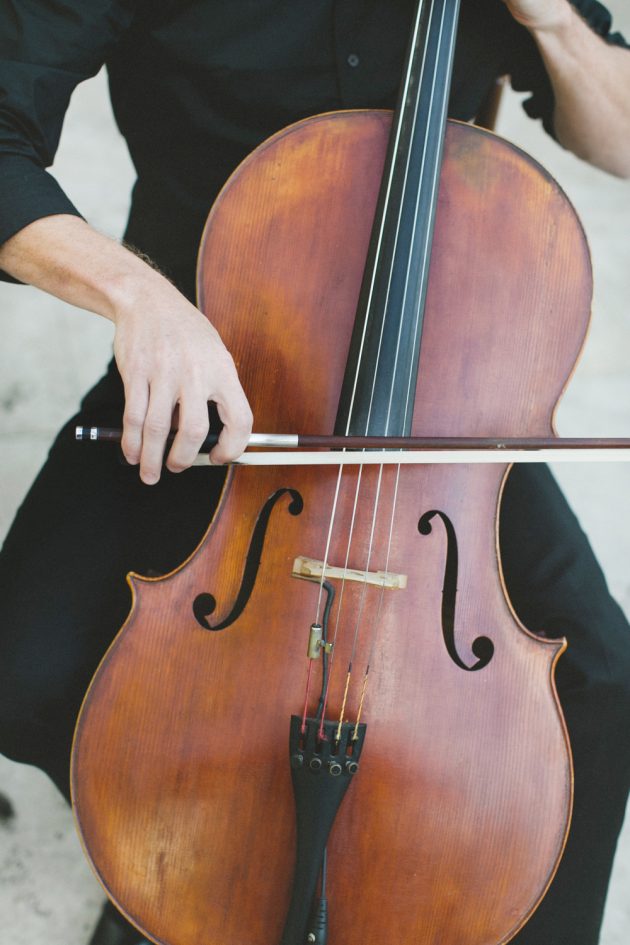 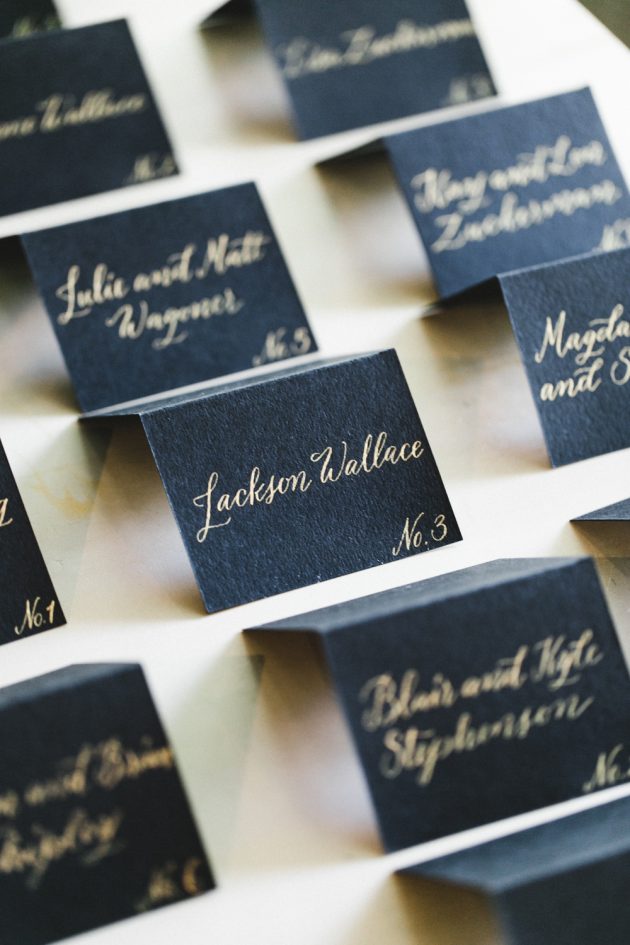 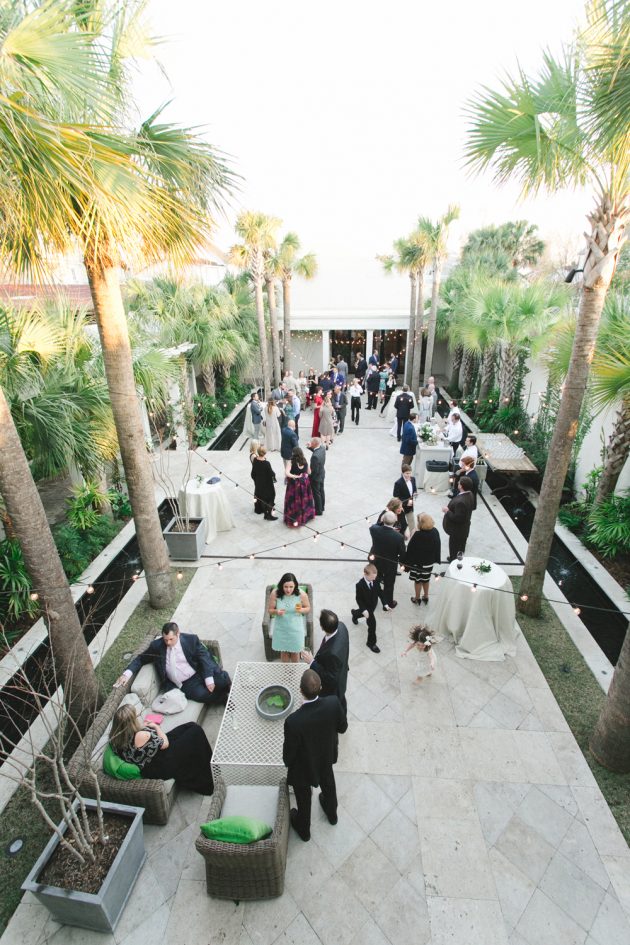 As Emily approached the first look location to meet Greg on the character ridden streets of downtown Charleston, she excitedly said, “I see him!” Their first look was such a quiet, sweet and special moment for the two of them. 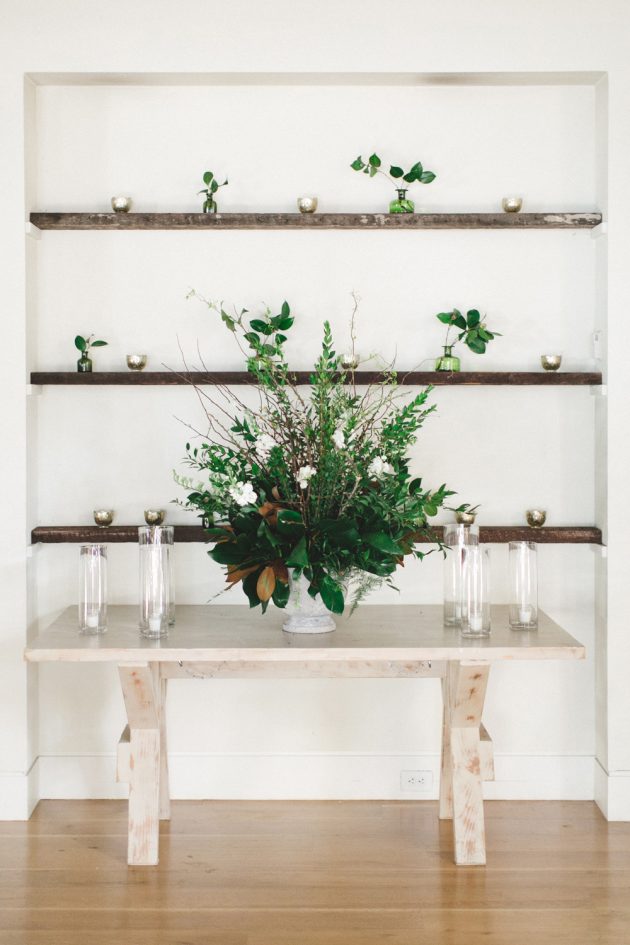 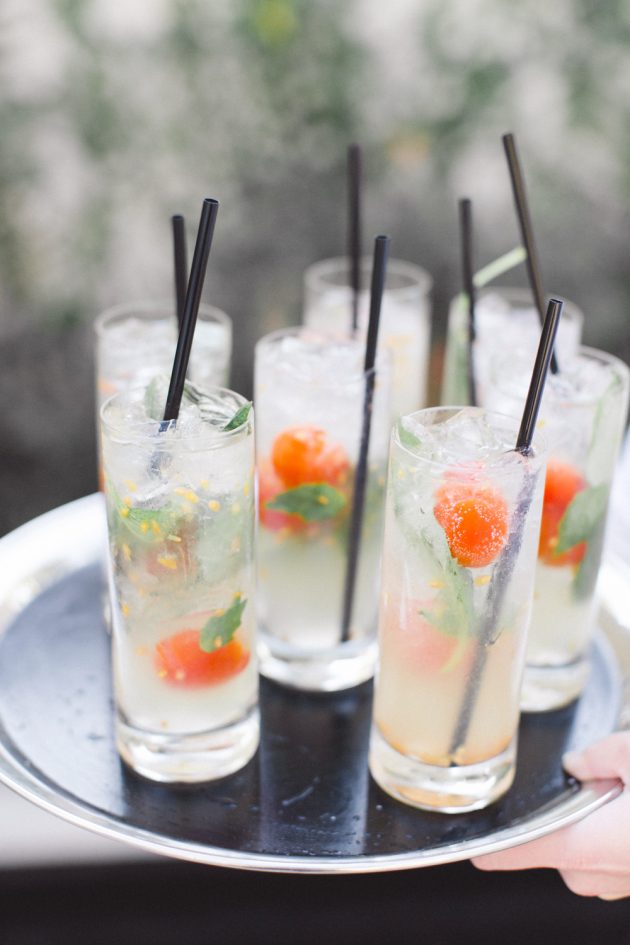 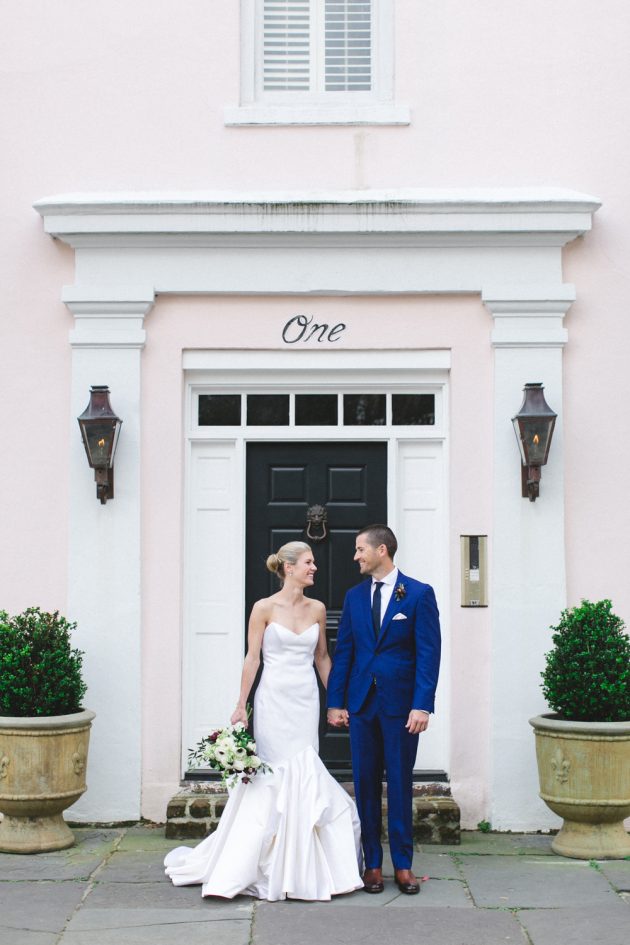 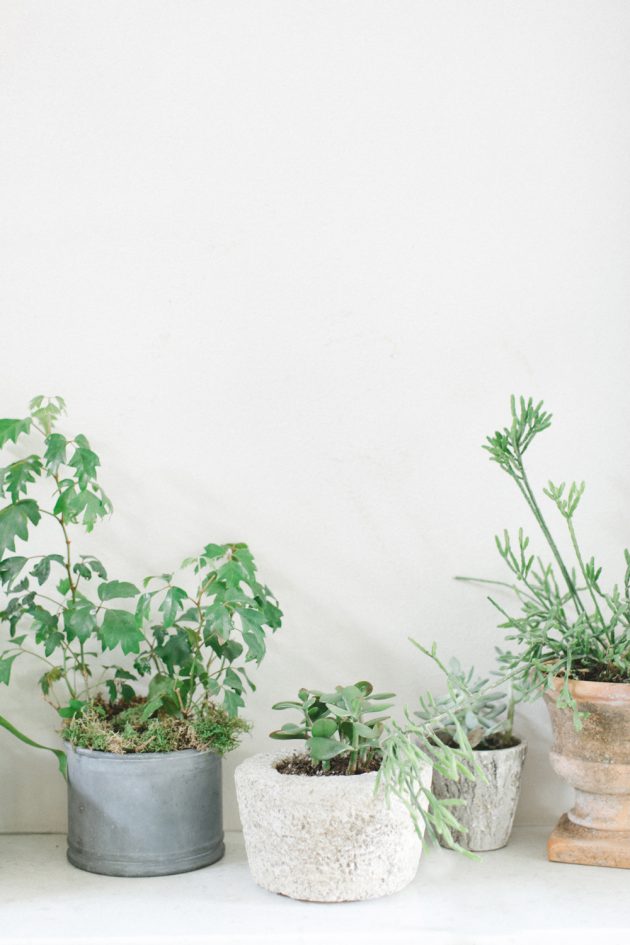 How did you meet/get engaged?

Emily and Greg met at The Boat and Ski Club in 2004. Emily was a waitress and Greg was having dinner with friends after a fun day on the lake. After they both went their separate ways after years of off and on dating they met again at a bar in their hometown of Salisbury. It was so out of the blue but when they reconnected they both knew they had found exactly what they wanted!

Greg had planned an awesome weekend away in Aiken, South Carolina. They were in the process of moving to South Carolina at the time and Emily was visiting him in different parts of the state every other weekend while he was on call for work. He booked the sweetest airbnb, a tiny house on a farm, complete with chickens, horses, homemade honey, and a slobbery blood hound. Greg proposed on Saturday morning in the tiny house as they were about to explore a tiny little town they had ever been to. 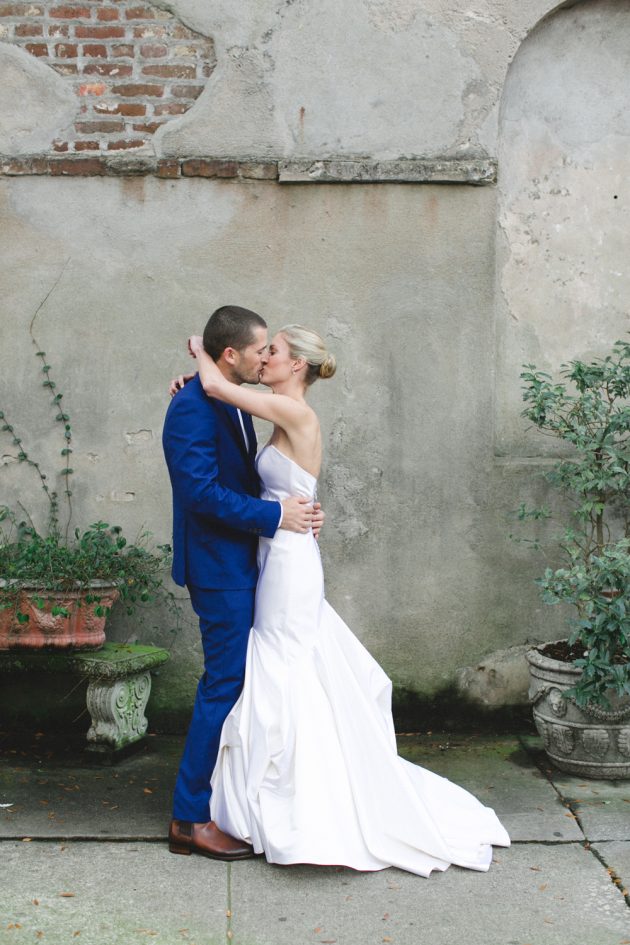