Michael and Valerie are a crazy beautiful couple that met while in college, but spent several years afterward dating while separated by an entire continent! Love stories like this always make our hearts go pitter patter, and we just couldn’t resist sharing this one with you today! We absolutely love the Seattle area venue, Sodo Park by Herban Feast and just can’t get enough of the gorg details planned by Janel Schlit including the blue suits, lush white florals by McKenzie Powell and the photos from Kate Price Photography. 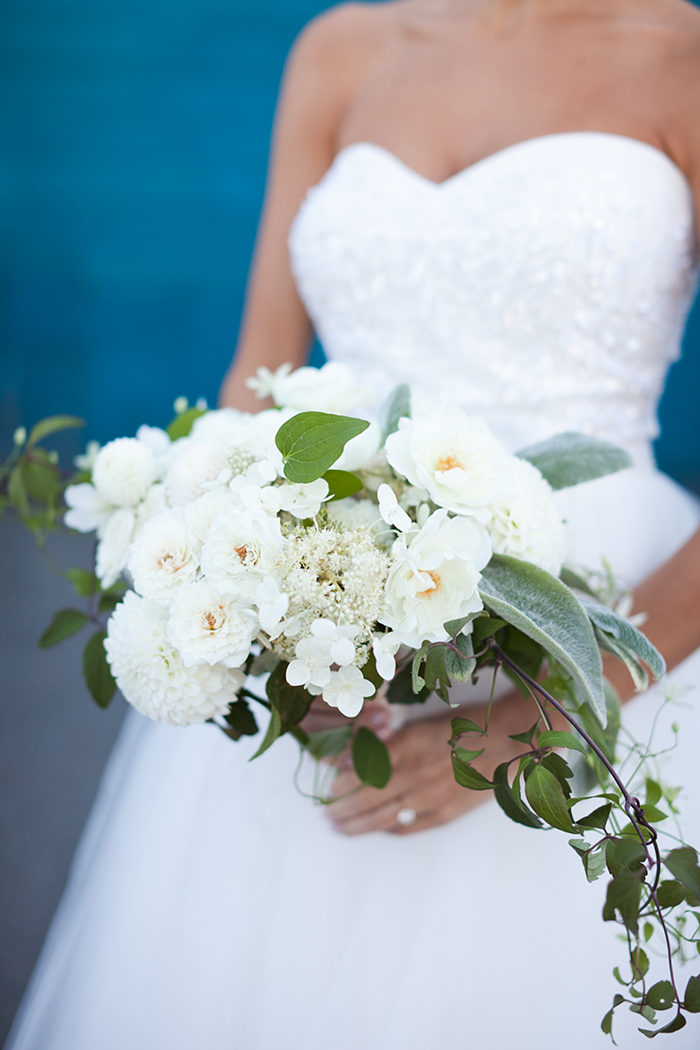 It was a true amalgamation of our lives, loves, and families. The ceremony (performed by Michael’s Uncle) combined cherry-picked traditions that were meaningful to us and represented where we’ve been and where we were going. We wanted everything about the ceremony to be honest to who we are and what marriage meant. We also wrote our own vows, which mixed our promises to each other with a little fun. The day felt true to us, and we will never forget it. 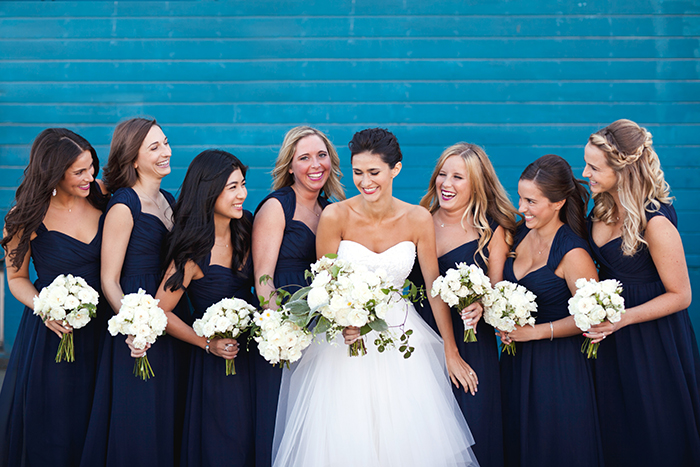 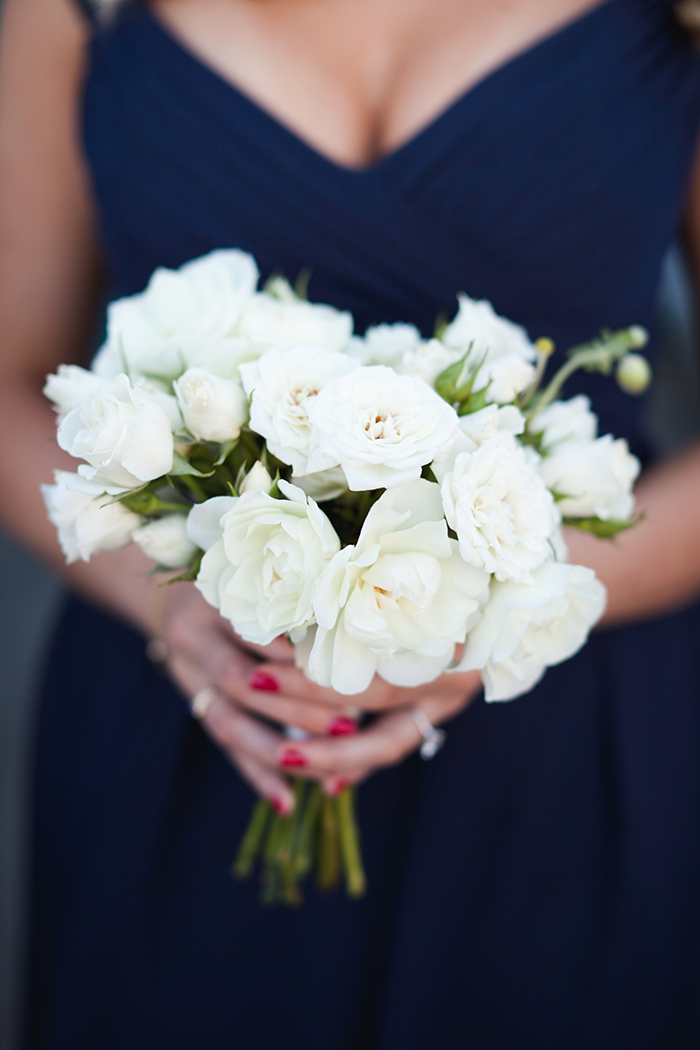 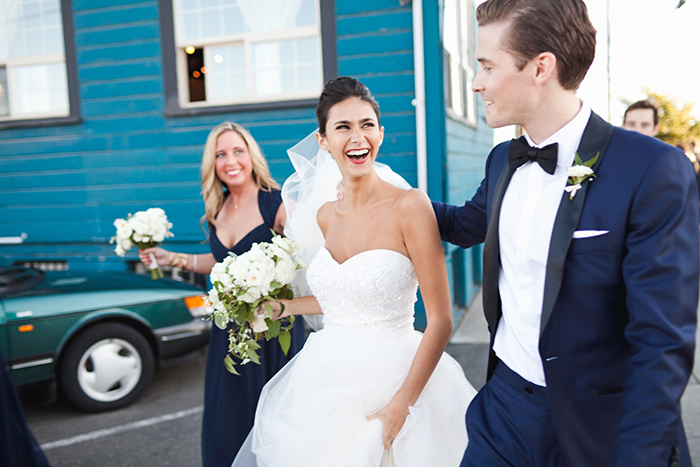 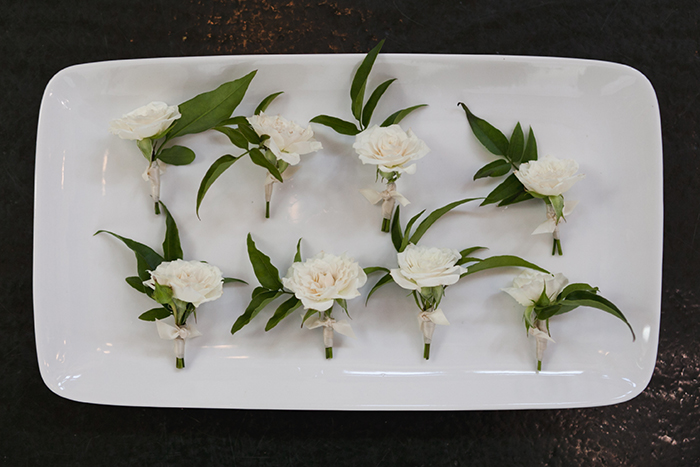 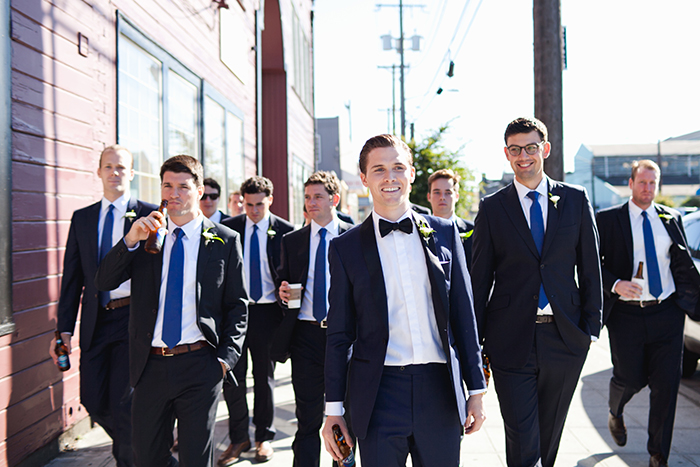 I tried on many exquisitely beautiful dresses, but I felt most myself in this simple and sparkly Reem Acra gown. My mom came to see me in New York from Seattle and we scoured the City until we found the perfect dress at Saks. Jill, my consultant, acted as a surrogate mother to make the dress perfect after my mom flew back home. A lot of love and attention went into the dress, and I am grateful. 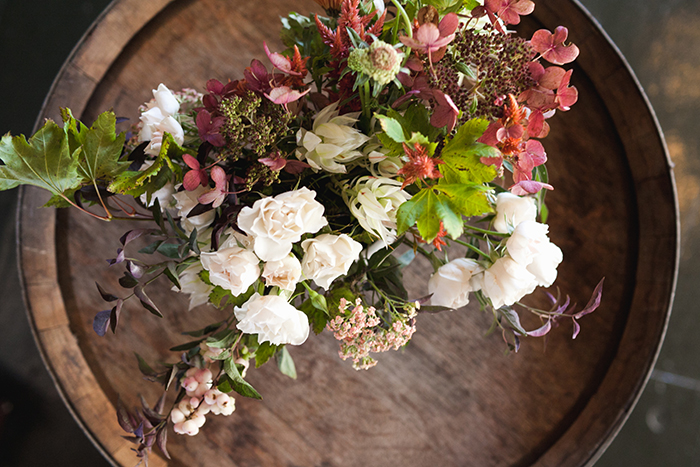 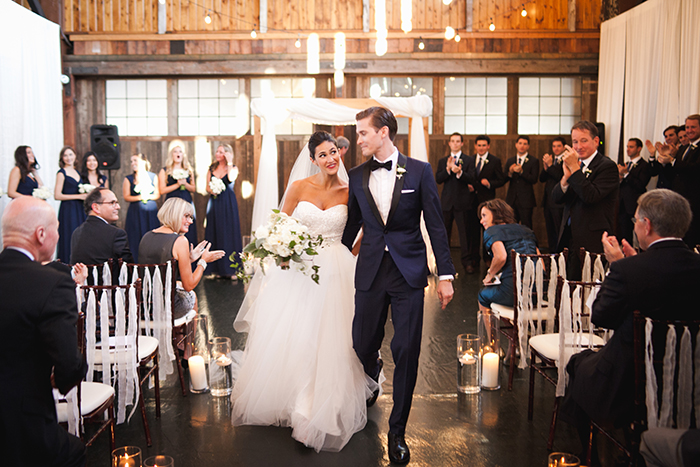 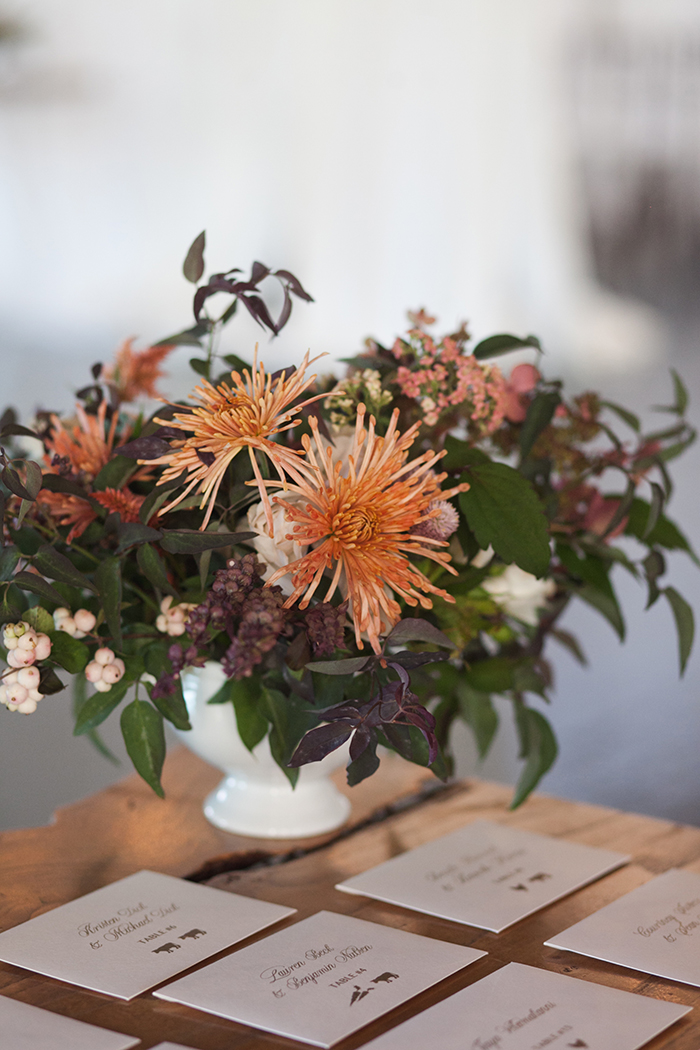 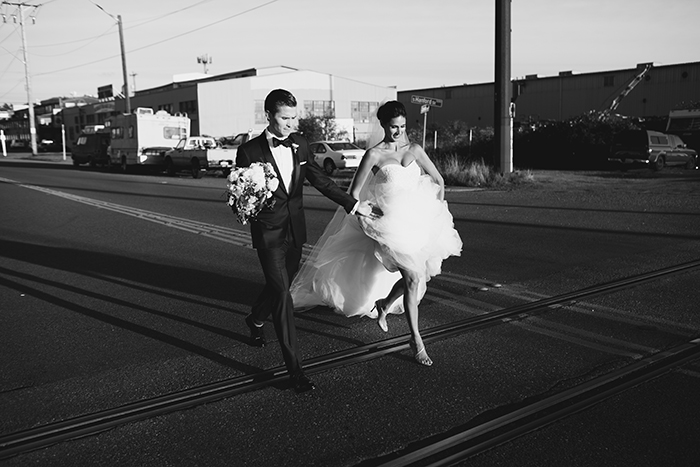 The ceremony included an Irish hand-binding ritual in which our hands were tied with fabric. The fabric we used were pieces of our mothers’ wedding dresses, our fathers’ shirts, and the groom’s step-father’s tie. And all the pieces were sewn together by the Bride’s Grandmother and Groom’s Aunt. It was a really colorful special touch, and now we have a memento from the day that we’ll keep forever.

We also wrote notes to each guest to read when they sat down for dinner. It was a lot of work beforehand, but it was really important to us to tell each guest individually what it meant to us to have them there. We didn’t get to spend nearly enough time with each guest that day, so we were happy to have had a chance to say what we wanted through our notes. 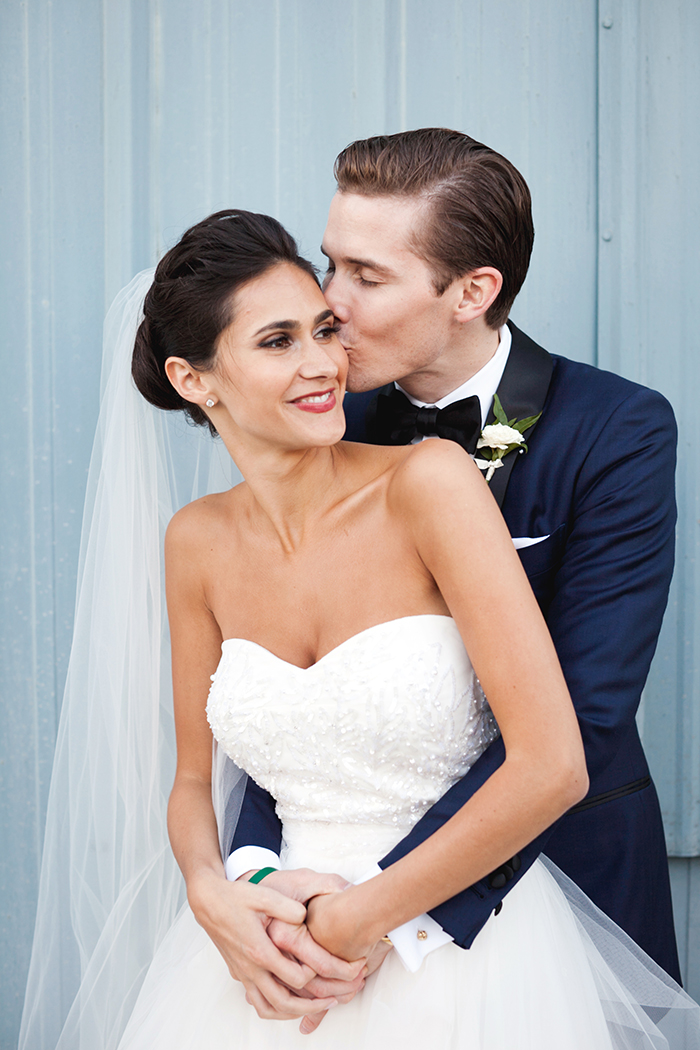 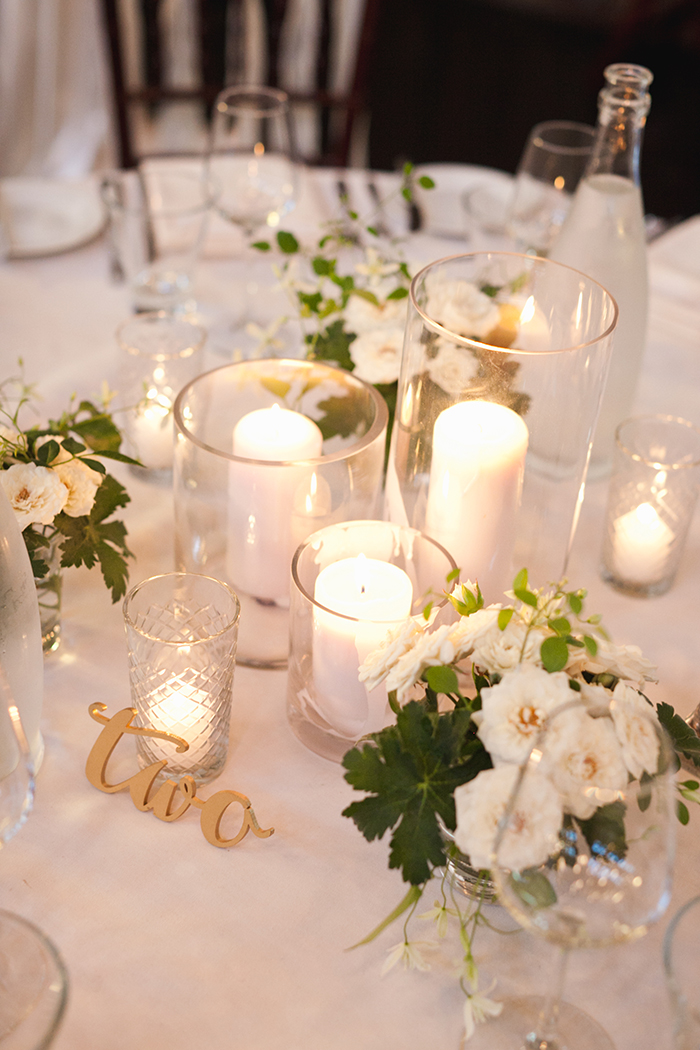 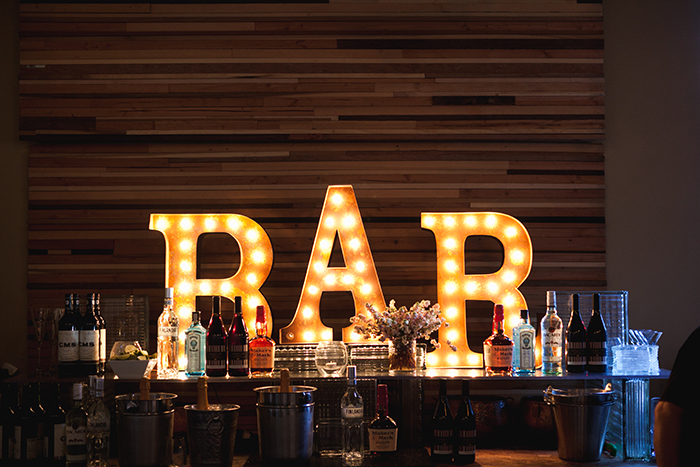 Seeing the people we love most in the world all in the same place at the same time. That was the greatest gift we could ever imagine. And it made for one incredible party. (My dad ended up spinning on his back on the dance floor. Priceless.) 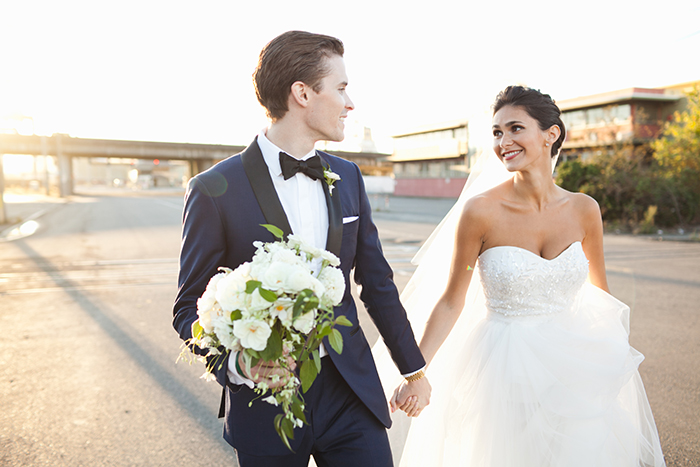 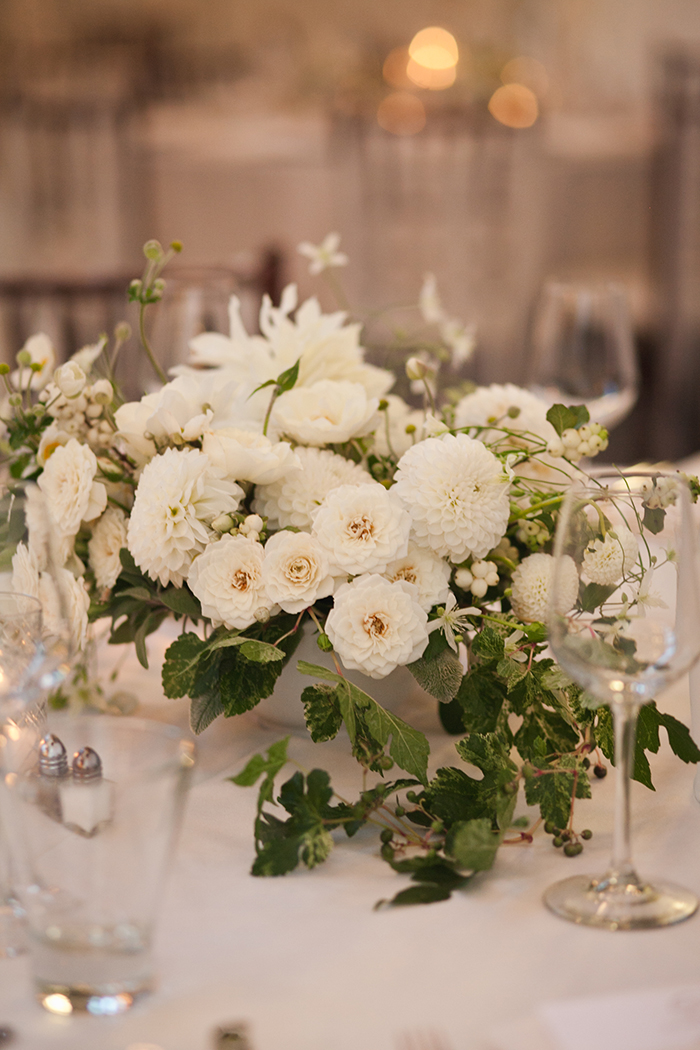 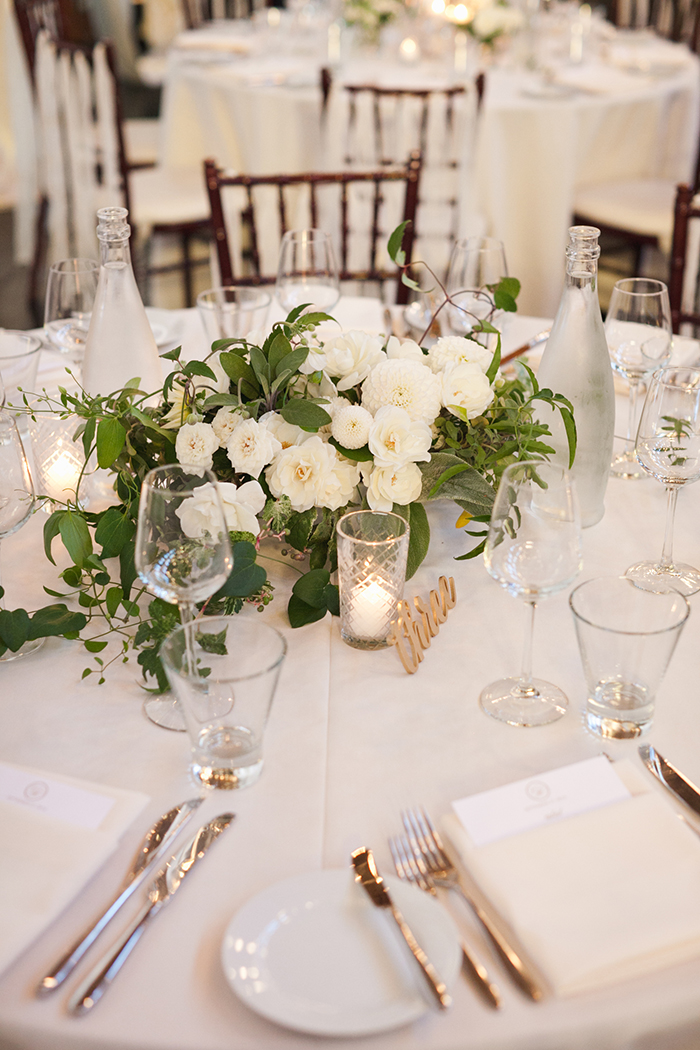 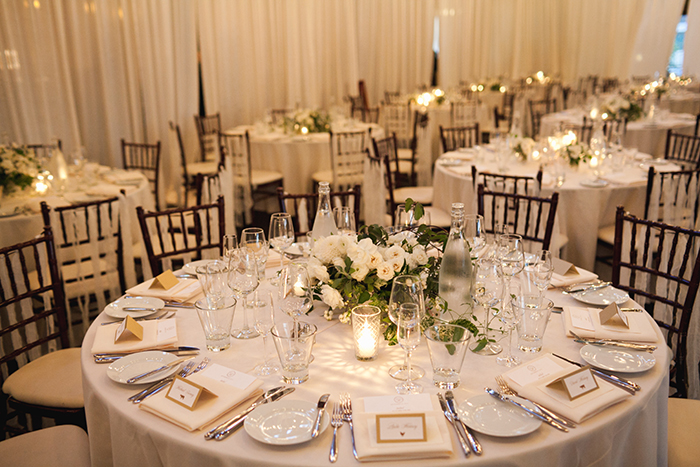 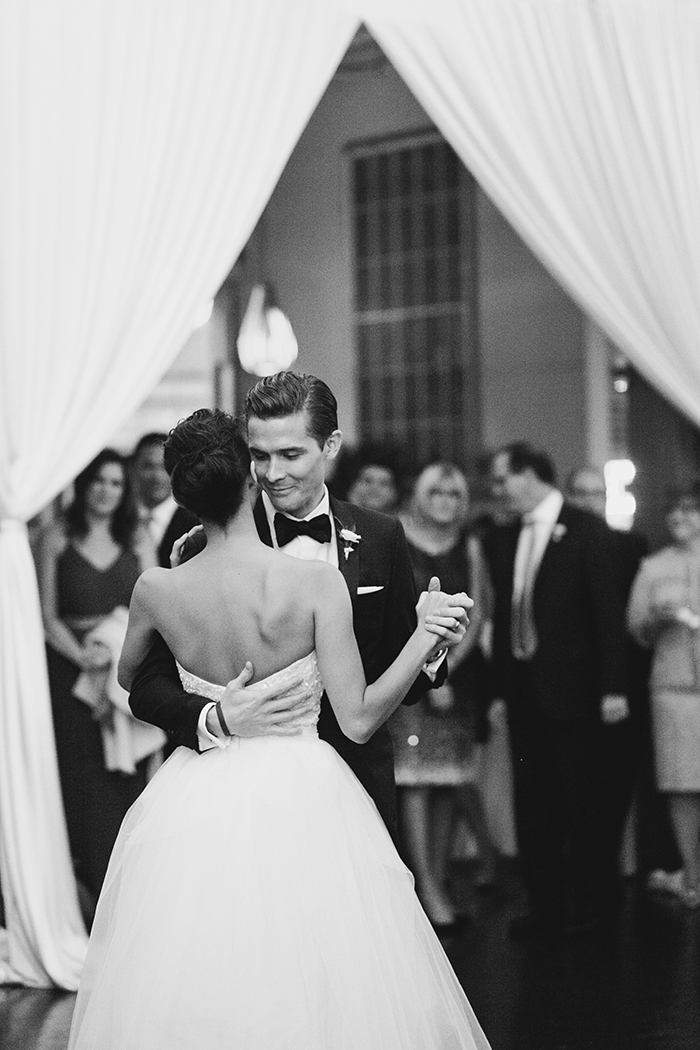 We met our freshman year of college at Georgetown, and became close friends. Sophomore year, we started dating. That began a decade of growing up together. We were on opposite coasts after graduation and spent years finding weekends to travel across the Country. After we made our home in New York City, Michael brought all of our family and friends from across the country to our favorite local bar and surprised me with a proposal in front of everyone. It was perfect. 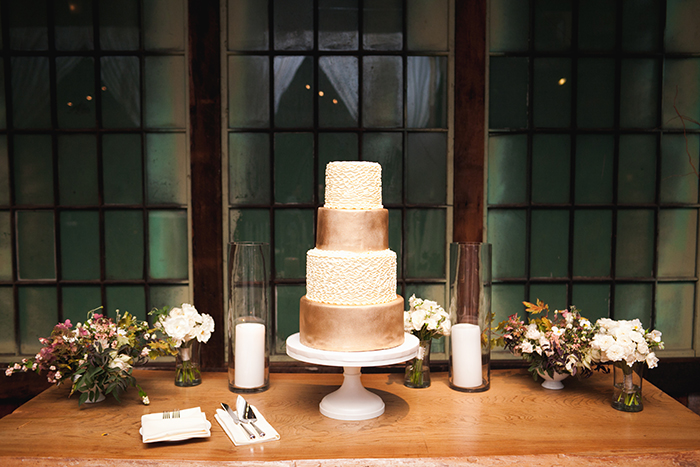 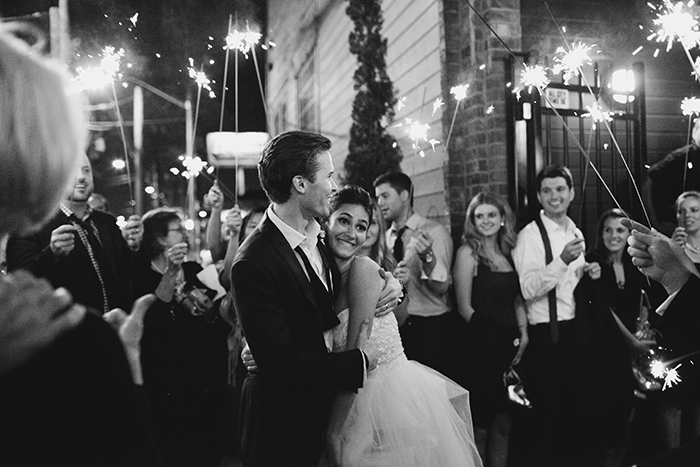