Meggan and Slade were married at one of the most gorgeous venues in Arizona–the Silverleaf Club in Scottsdale. The backdrop provided the perfect place for absolute glamour–sequins, gold, and black tie, oh my! The couple incorporated tons of personal touches, including one of my favorite ideas: photo boards featuring each guest snapped with the bride and groom. What fun for guests to reminisce on their friendship with the sweet couple! We know you’ll love all the gorg images by Ace and Whim. 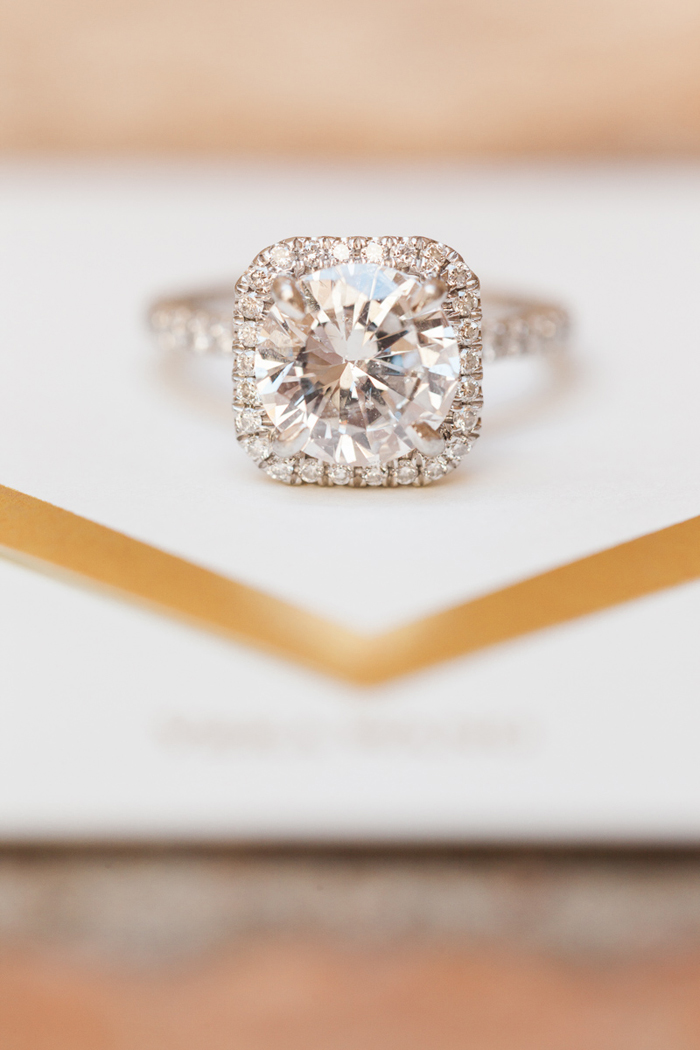 We chose Scottsdale as this was the city we met in and got engaged in. For the ceremony we had my sister’s twins Davis and Lennon (10 months old) pulled down the aisle by our flower girl Ava-Lee. It was very important to have them involved. We also had our ring bear Magnus carry a sign saying, “Uncle Slade, here comes your girl.” We each had both our mother and father walk us down the aisle. Our immediate family members provided advice and well wishes which were read aloud by our pastor, and Slade and I wrote words about each other all of which were first heard on the day of our wedding. 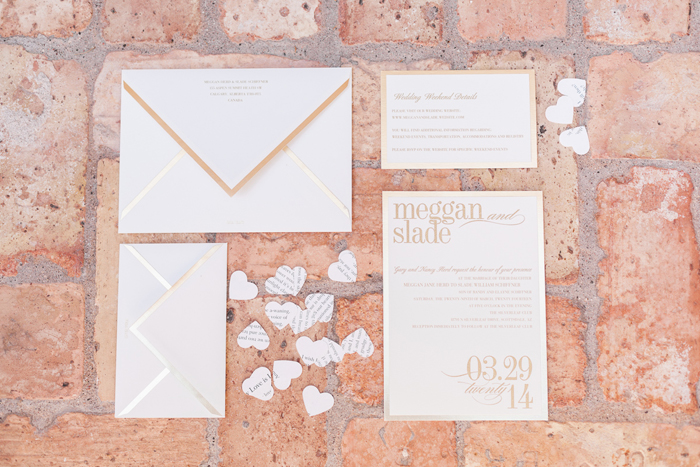 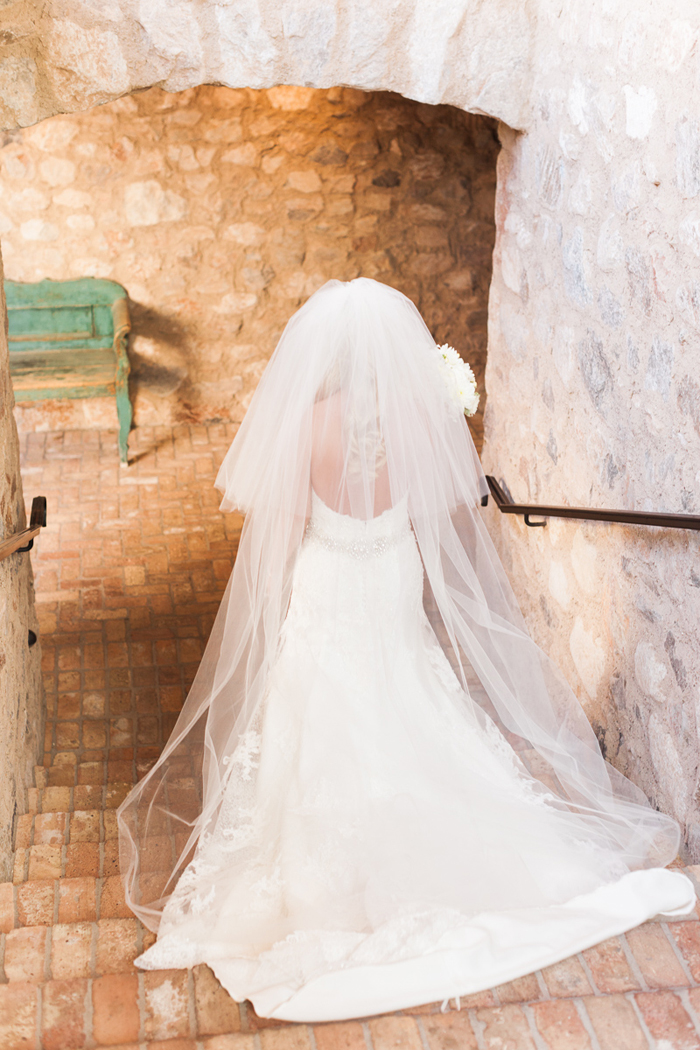 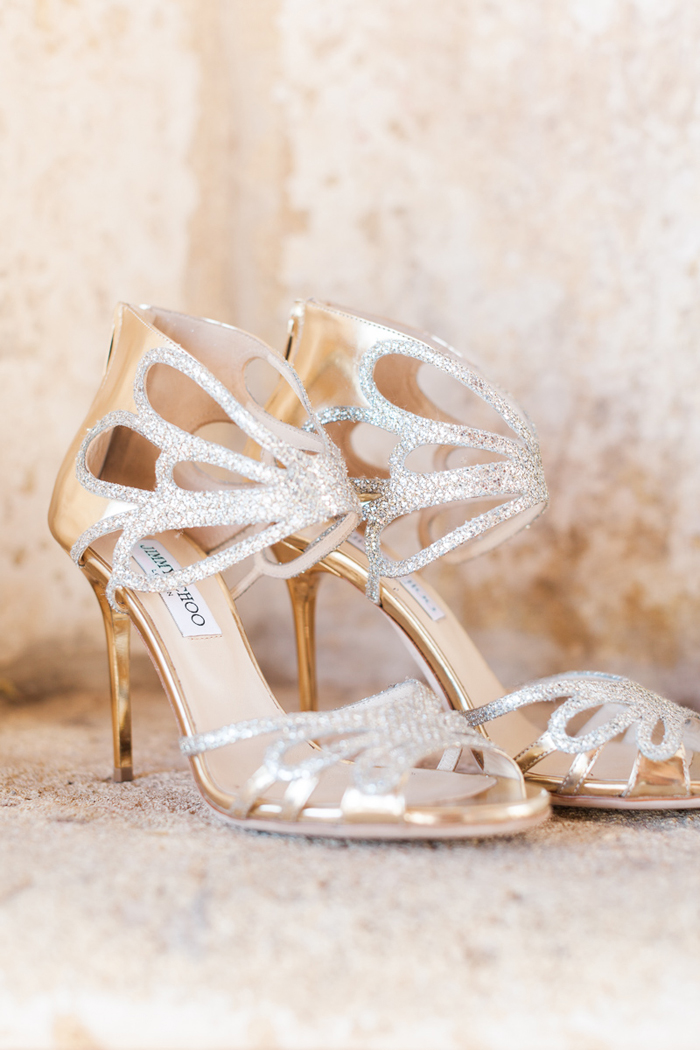 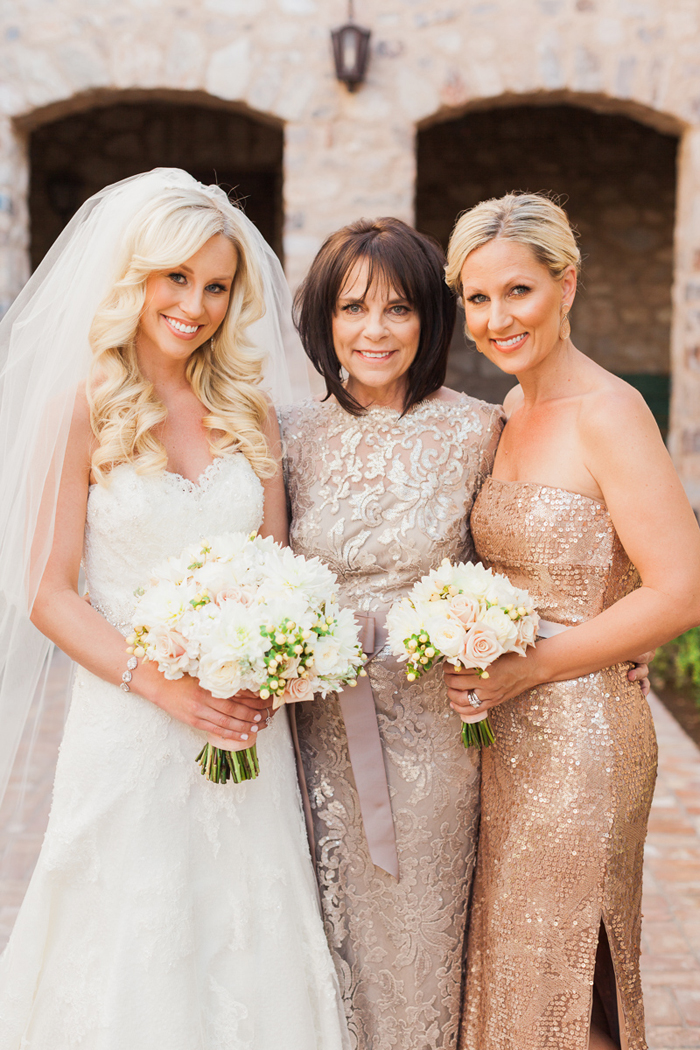 I in over 4 states and 2 countries, tried on over 50 dresses, bought and returned several dresses, and finally settled on a Demitrios gown from Calgary! 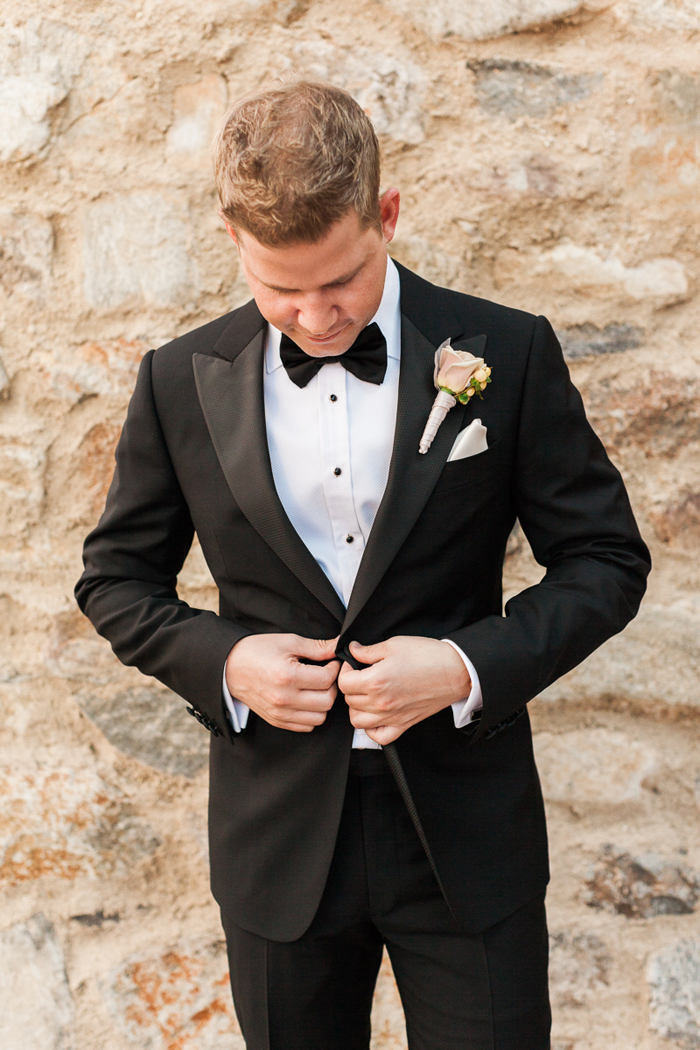 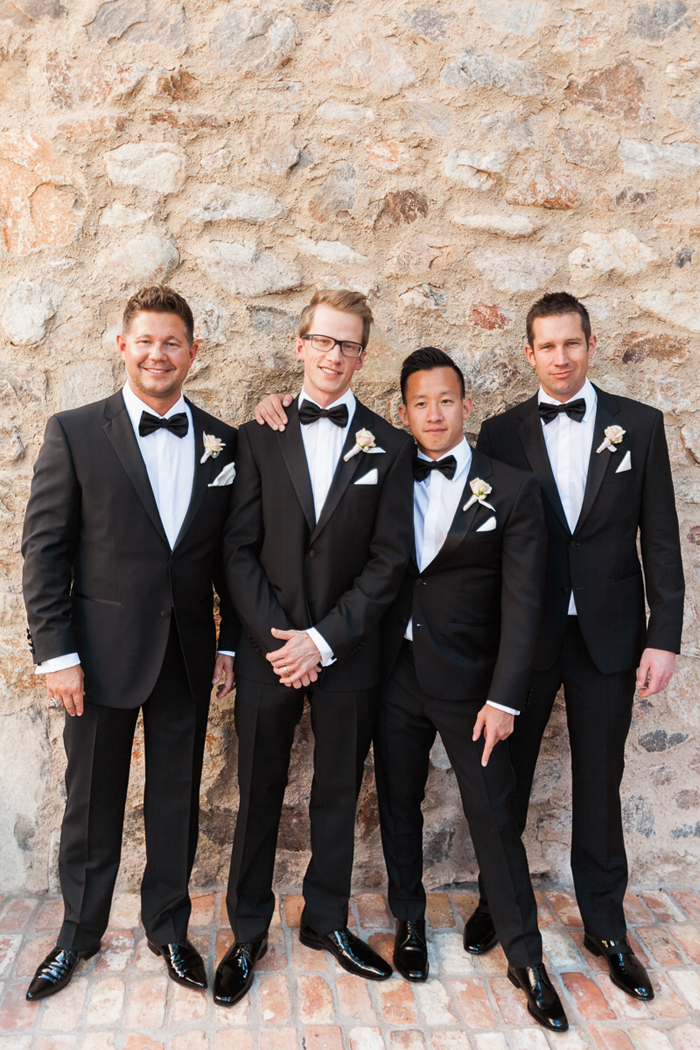 For the guest book I made an apple book of all of our engagement pictures for people to sign and had wedding photos of our parents and grandparents–all of whom are still married! For another personal touch based around photos, at the cocktail hour we had two large photo boards that I had put together pictures of Slade and I with each of our guests!

Our favors were a big candy table I have the biggest sweet tooth of anyone around (also funny being that I am a dentist!) 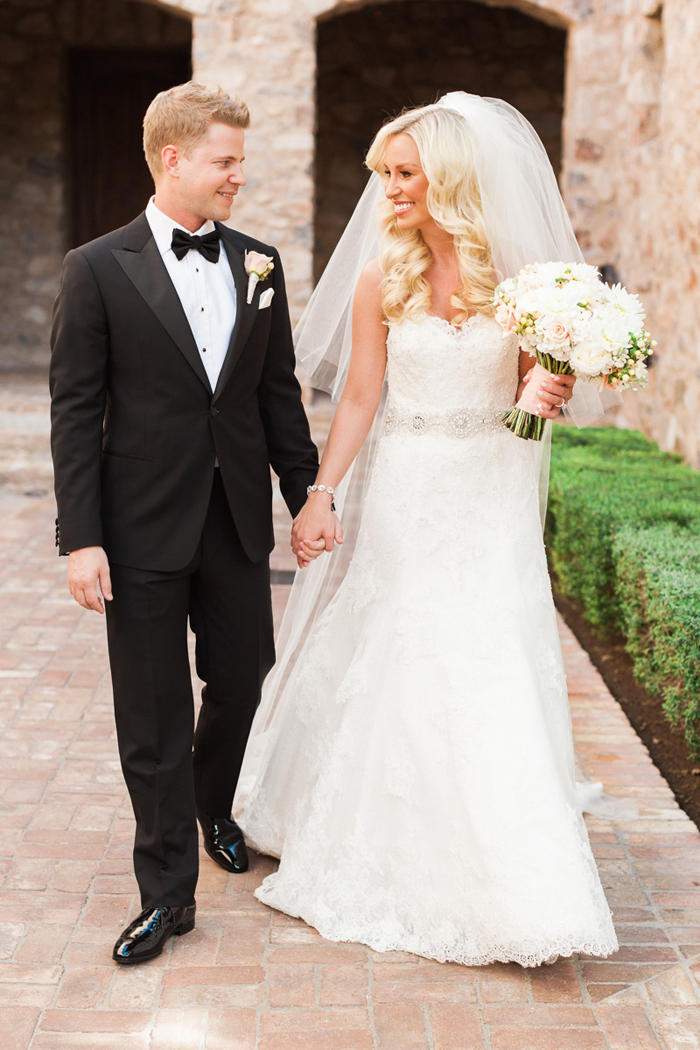 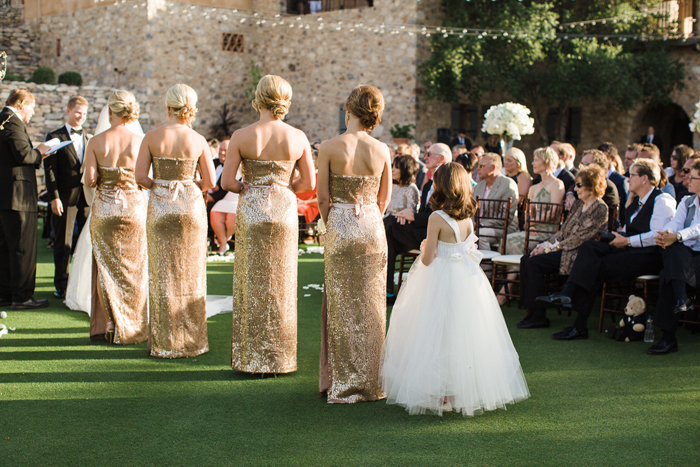 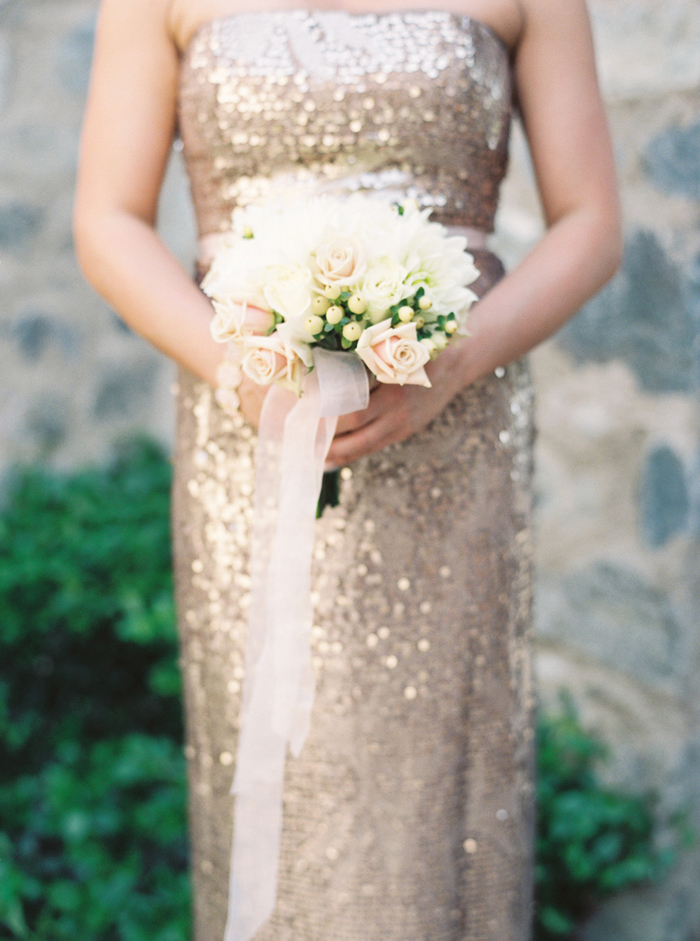 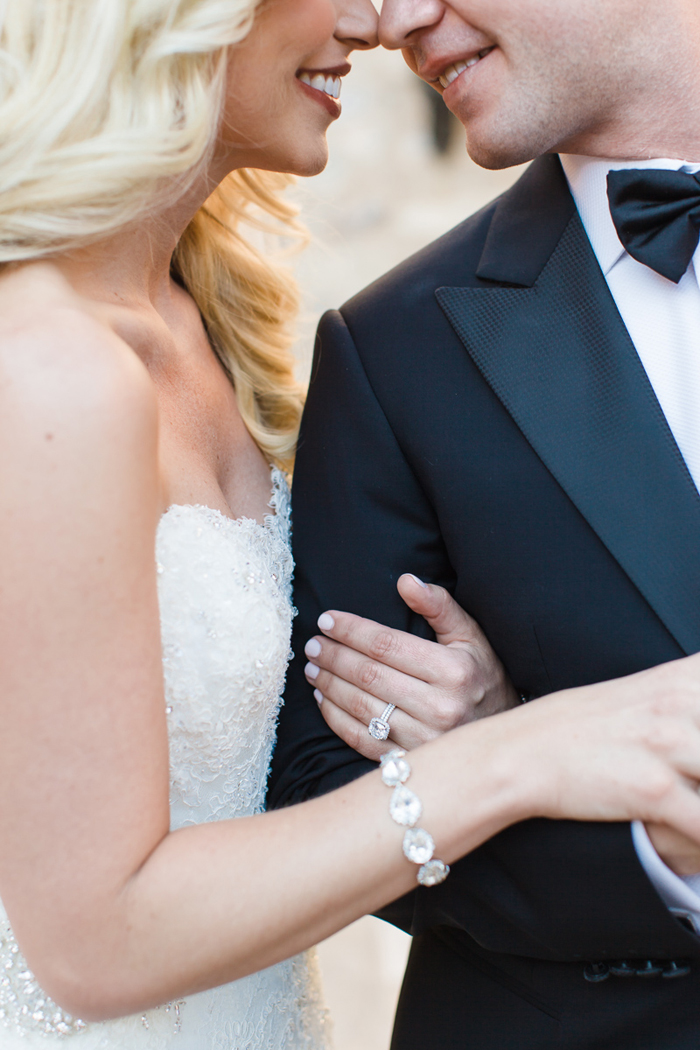 The wedding ceremony was a nice surprise to hear what our family members wanted to share with us about marriage and partnership and hearing the words we had written for each other and of course the kiss! 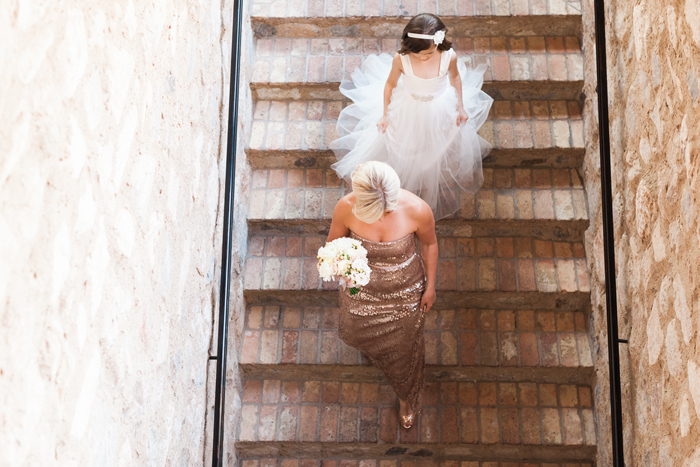 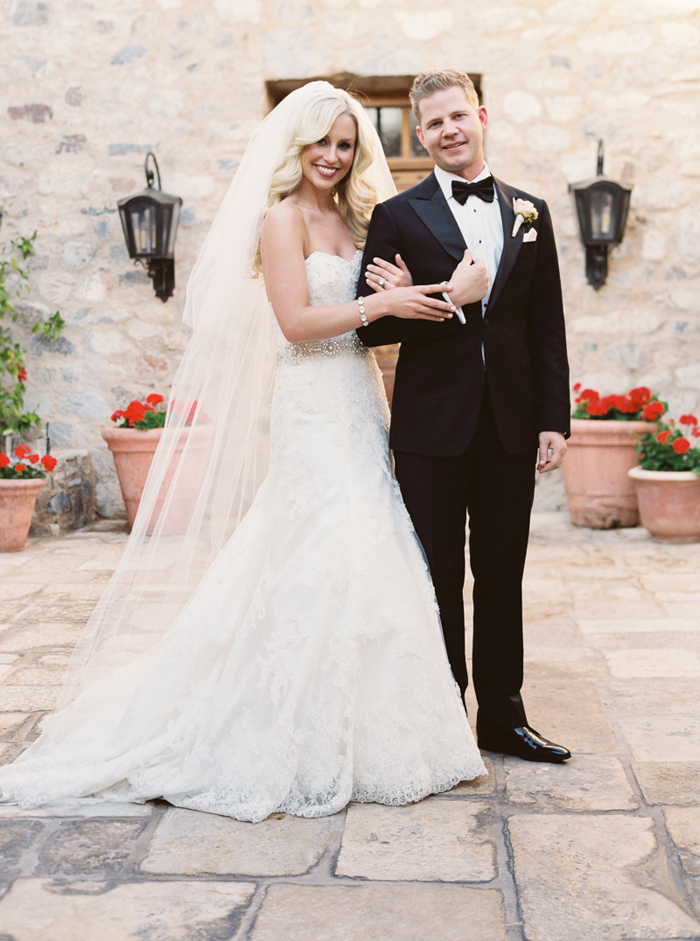 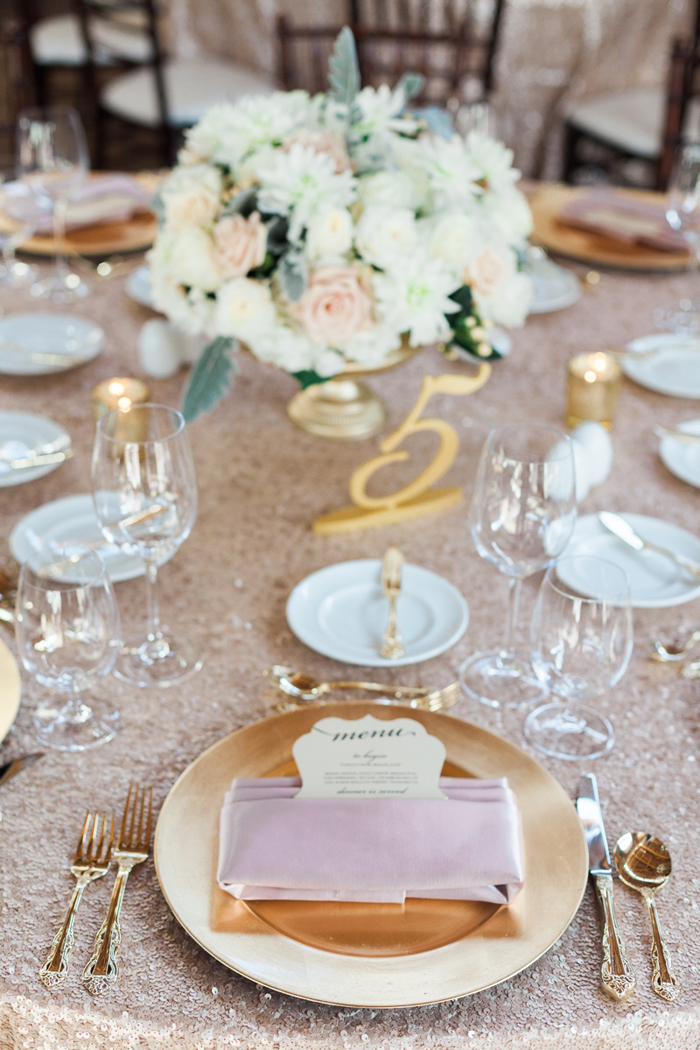 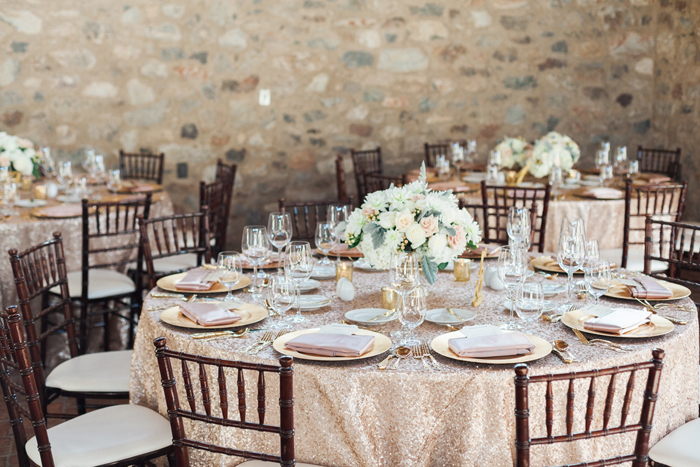 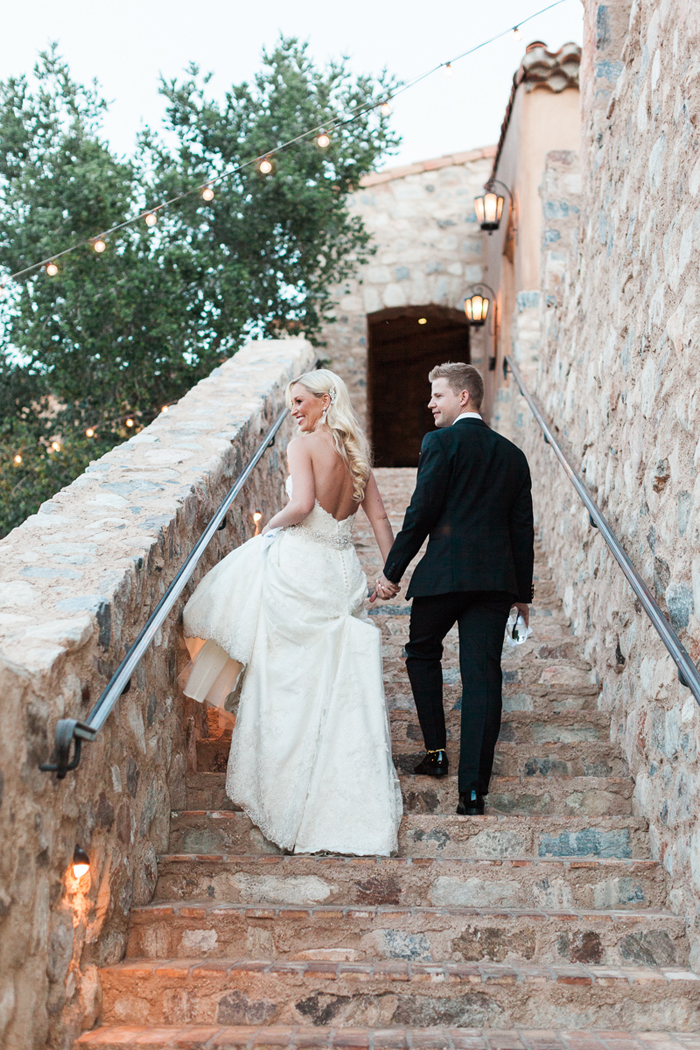 We met four and a half years ago in Scottsdale when we were there to celebrate Slade’s brother’s engagement to my friend Kristy–a dental school classmate. We sat across from each other at lunch and had an instant spark. Shortly after, I was heading to the airport…Slade got out of the car and gave me a hug goodbye after only knowing each other for a few hours. It was that moment I knew there was something special between us.

I will let Slade tell you all this story, as its one of his most favorite to share….

This proposal has been four years in the making. After our first initial meeting, I knew in my heart Meggan would be the girl that I would one day ask to be my wife, a fact that I actually shared with my parents that same weekend.

As she has shared, our relationship has spanned countless states, countries, and moves. Fast forward over 200,000 air miles Meggan made the move to Canada in 2012. Believe it or not It would be the first time we actually lived in the same country since meeting. One year, a new puppy, and a new home later, I decided the time was right, BUT how to propose? This was something that I played over and over in my mind…Meggan does not think it is the most romantic way of proposing but I beg to differ.

Last year we were Christmas shopping in Scottsdale, ( I had the ring in my pocket all week waiting for the right time), we happened to stop at a jewelry store, and Meggan proceeded to look at all the diamonds and said that is all she wanted for Christmas. Little did she know, the diamond ring that I had been designing over the last year was so close to her.

On the drive home I couldn’t wait any longer, and just pulled over. I can’t even tell you where we were, the moment is still a blurr…I said to her “Would you like me to give you your gift early, how about a stone for a Stone?” She was completely stunned and made me the luckiest man by accepting my gift. The best Christmas present a man could ever ask for–an amazing wife. 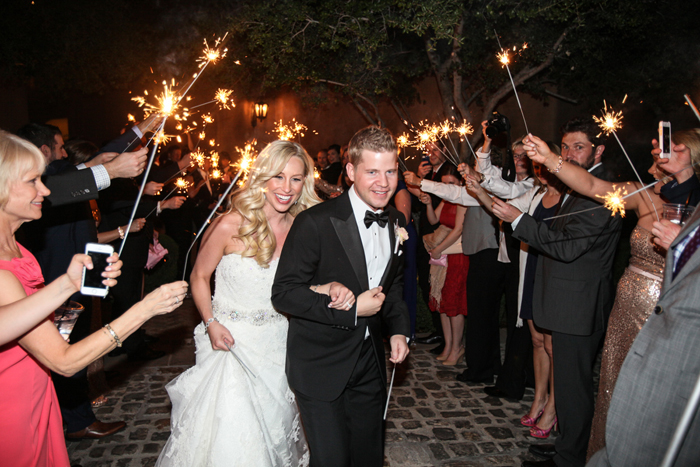 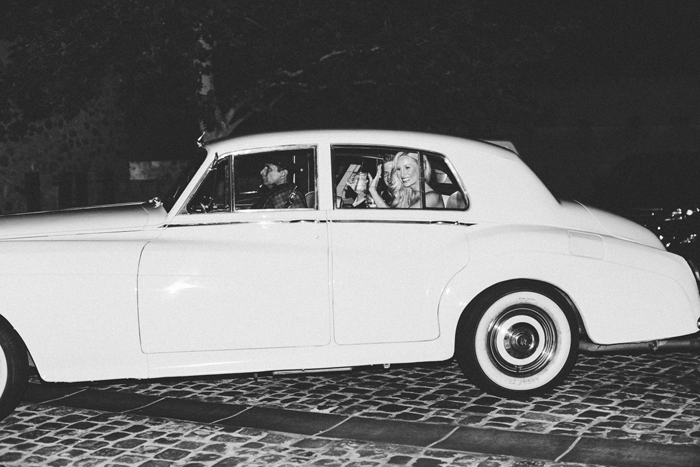