We met during undergrad at the University of Missouri (Mizzou). Tim’s fraternity (Lambda Chi Alpha) and my sorority (Kappa Kappa Gamma) were paired for Homecoming. Tim was a freshman and I was a sophomore, and we happened to sit at the same table in the basement of Lambda Chi, working on a homecoming project (pomping, if you know what that means!).

It’s funny because we hardly spoke 2 words to each other that night. Tim talked to my friend, and I talked to Tim’s friend. Because I didn’t talk to him, I guess Tim thought I was just too cool for school and had to call me. We went on a few group outings before our first date. We became “official” 2 months later, around Thanksgiving. We’ve been together ever since. It’ll be 7 years this November!

Tim told me he booked a walking photo tour of Chicago, where we live now, through LivingSocial, which sounded fun. We had just gone on a walking food tour recently, so it didn’t seem odd. I wasn’t too keen on going to Millenium Park, since I’d been there a million times, but Tim said he had already finalized it.

The day of, we met our “tour guide” at the park, and she took pictures of us The Bean, wildflower garden, and other areas in Millenium Park. The whole time, I was wondering why she wasn’t giving us much detail on any history/facts of the various locations…you know, like tour guides typically do.

We then headed to the south sculpture garden just outside the Art Institute. We posed for a few pictures in the garden. She then had us stand in front of this large fountain. I stood there posing/waiting for the tour guide to take a picture of us, when I saw Tim crouch down in the corner of my eye. My exact thought was, “Should I crouch down with him? Are we doing a new pose?”

But no, Tim was on one knee with the ring, his great-grandmother’s from the 1930’s, in his hand. I was so surprised that I didn’t say a word…I was just shocked. I think I said yes. Or maybe I nodded. I really can’t remember. I was definitely cry-laughing afterward!

Oh, and the tour guide was really a professional photographer. No wonder she wasn’t doing much narration on the tour! 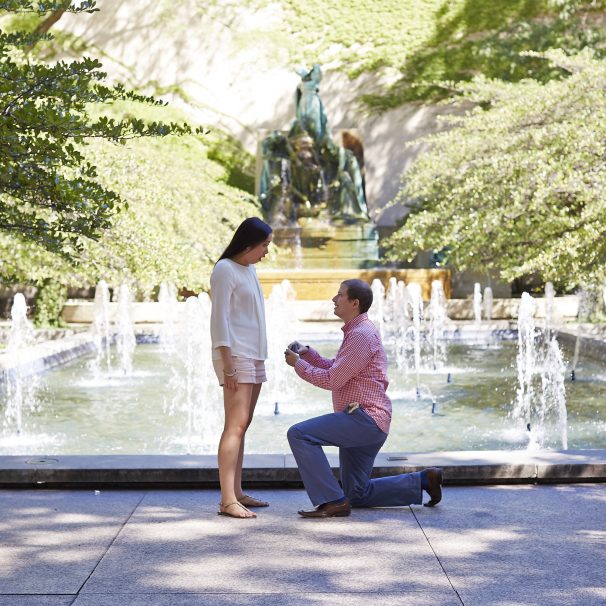 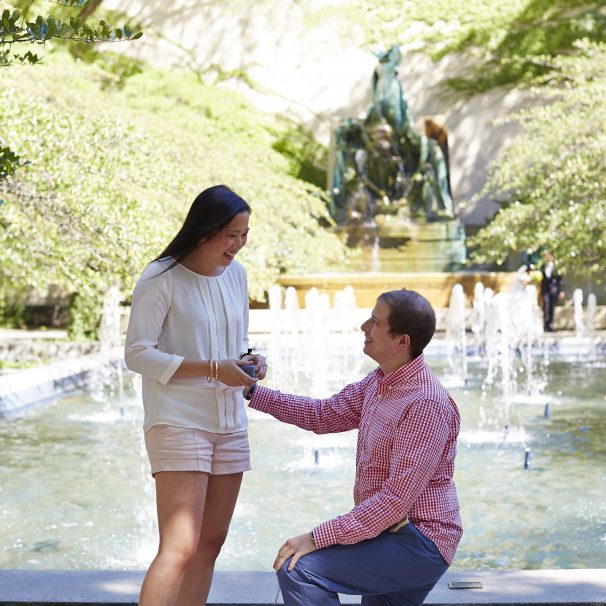 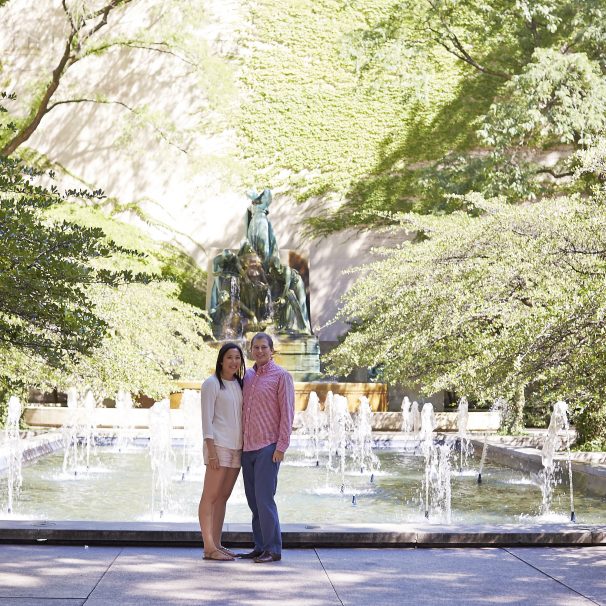 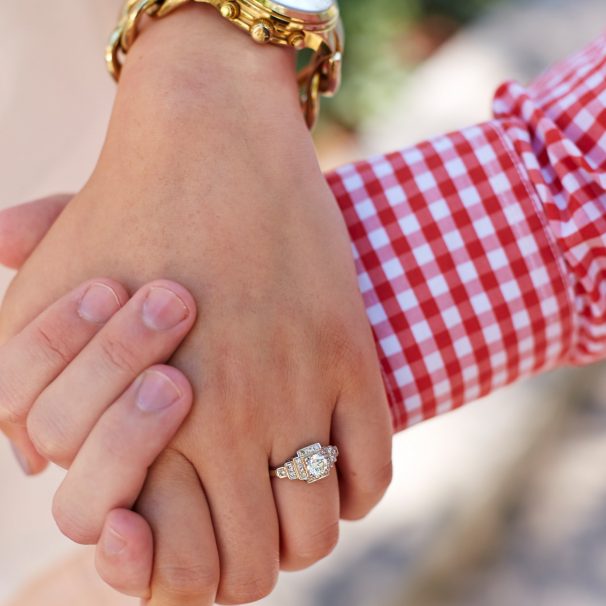