Zach and I met river guiding on the Rogue River in 2007. There was an instant connection, but we went our separate ways after the trip and we only saw each other a few times over the next two years. Fast forward to 2009 – Zach came out to guide on the Middle Fork of the Salmon river where I was working and we were immediately drawn to each other again. Scheduled on separate trips the rest of the summer (meaning no phone or internet), we romanced the old fashioned way: love letters, flowers, postcards, gifts and songs. The company we work for has a wonderful guide mailbox system on the Middle Fork and every week as we passed by on alternating trips, we left each other tokens of affection. By the end of the month, when we reunited at the Sawtooth Music Festival in Stanley, Idaho, it was apparent we were a couple. Since then, Zach and I have spent most of our time in the mountains, skiing, kayaking, mountain biking, climbing and exploring the beautiful places near our home in Jackson, Wyoming.

Tessa’s Story: All my friends kept asking me when we were going to get engaged and I would tell them, very honestly, that it could happen in the next two weeks or next five years. And then we went to Panama…
After a week of sunset strolls on the beach and romantic candlelit dinners, I had pushed the idea to the back of my mind and was simply enjoying being on vacation. White sand beaches and warm ocean water have a way of soothing my soul, and I was perfectly content with where I was – both in our relationship and at that moment in the world.

On the last night, we headed back towards Panama City, but we didn’t want to stay in the city, so we drove up into the mountains to El Valle, a town that is nestled in an old volcano. We found a place to stay and decided to live up our last moments at tourists. One of the main tourist attractions in El Valle is La Cascada Macho, a big waterfall that cascades from the rim of the old volcano into the valley.

When we got there, Zach asked me to go stand by the waterfall while he showed a Panamanian girl who was there how to use the camera. As I was posing for the photo, he walked over, got down on one knee and pulled out a beautiful antique ring. I of course immediately and excited squealed "yes!"

Zach’s Story: Mom and dad came to visit in January 2012 and during that visit they brought a ring from my grandmother. Mom showed me, and asked if it was something I would be interested in. I loved the ring; it was simple and stunning. I knew Tessa would like it. Fast forward to April…After a few minor travel logistics, we got to Panama, the country, and began a weeklong adventure of surfing and fun in the sun. Did I mention that I brought the ring? Before leaving the States I called Granny and told her my ‘plan’ to propose. I use quotations because my plan had only gotten so far as to bring the ring and pop the question when the time was right.

They say "you’ll know" and I definitely did, but what they didn’t say was how, when, where, etc. So I figured the right time would present itself and until then I’d keep the ring on me at all times.

Several evening beach strolls, secluded swims, and candlelit dinners came and went and none of them felt quite right. Fast forward to our second to last day in Panama. I knew that we would be visiting the mountain town of El Valle on our last night in Panama and had done a little research: The guidebook said, "The mountain town of El Valle is a quiet getaway where waterfalls cascade into the extinct volcanic crater and where the fertile valley is home to wide a range of flora and fauna…" Partly by process of elimination, and partly due to awesomeness, I knew this was the place. Now where and how to pop the question…

We drove up the two lane highway climbing higher until we crested the ancient caldera and dropped down into the valley. It was beautiful and quiet as advertised. A few of the fancier hotels I’d seen were full. We stopped for a nice lunch at Hotel Anton Village. I snuck a peek at a few rooms, and reserved one just in case. Ever the budget travelers, we then took a driving tour exploring other lodging for the night. We ended up back at Anton Village and checked into our balcony view canopy bed suite. Step 1: check. We decided to go explore the waterfall El Macho. We were instructed to stay on the path but couldn’t resist (at least I couldn’t resist) scoping out the pool where the waterfall reached the canyon pool. This was the place. And the time. It was all coming together. I’m wasn’t even nervous. Yet.

We made it up to the pool where a few locals had taken the plunge into the inviting pool. I had the ring in the camera bag and had been taking photos along the walk. When we got to the pool, I used the excuse of some artistic shots of Tessa looking up at the falls to pull the ring out of the duck-taped headlamp case, out of the plastic bag, and out of the original ring box. Tessa stopped me and asked what i was doing, and I quickly responded that I was changing lenses. I palmed the ring bare handed and asked a Panamanian woman if she would take a few photos of us. I then added in Spanish that I was going to propose. She just about blew the whole surprise and had trouble containing her excitement, so I quickly added that it was a surprise and that Tessa of course didn’t know and didn’t understand Spanish.

Here we go…remember how I said I wasn’t nervous before at all? Now I was pretty much shaking knowing the time was seconds away. I said we’d do one more photo looking over our shoulders at the falls, and when Tessa turned, I knelt in the shallow water and held out the ring. When she turned to look at me my heart was going a mile a minute, all I could stammer out was "will you marry me?" Yes!(Thats what she said). I slipped the ring on her finger and jumped into the pool. We’re getting married! 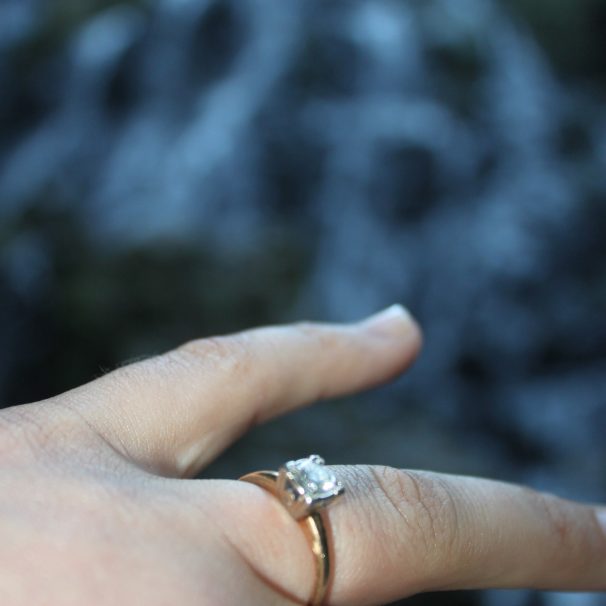 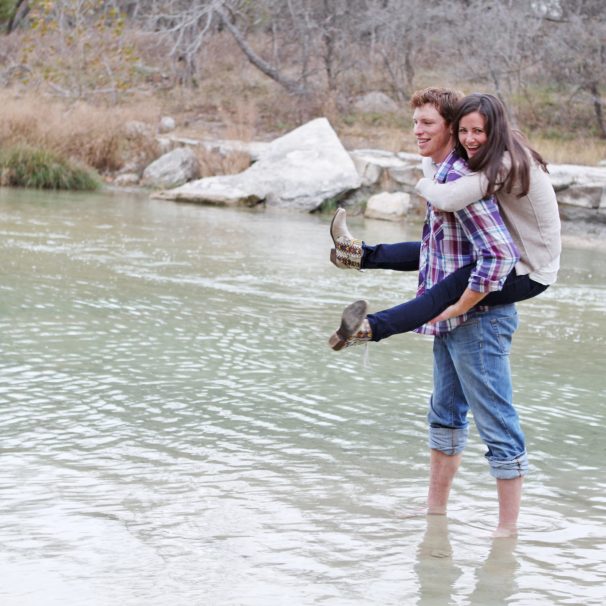 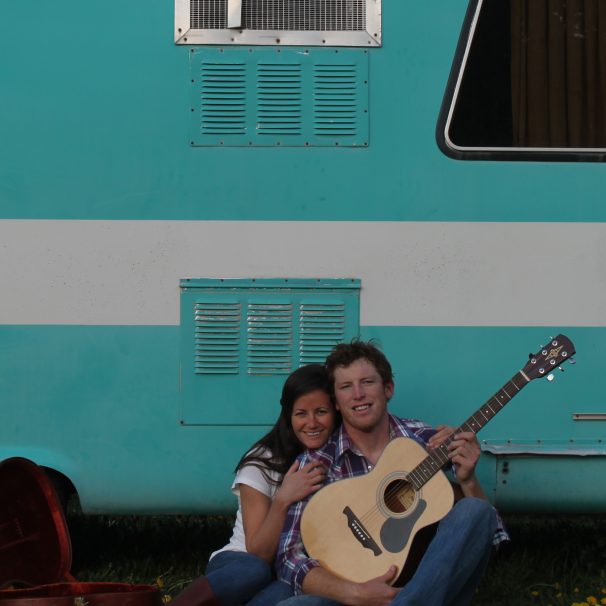 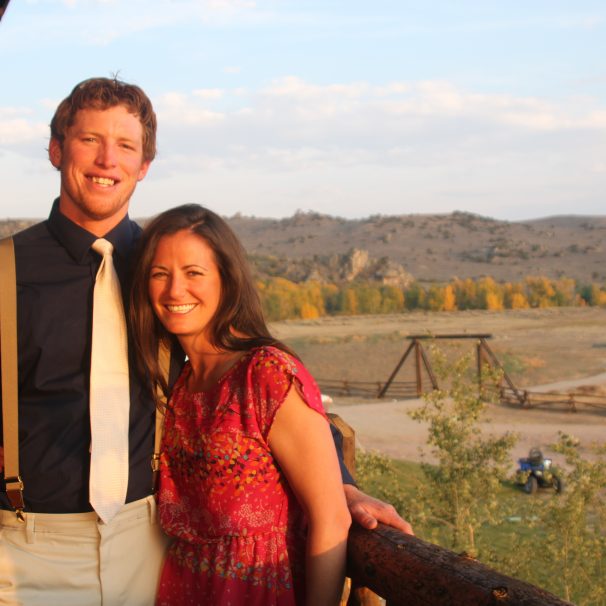