Bryan and I met at a barbecue in San Diego. My girlfriend Kim planned it and begged me to come. I almost didn’t–I was exhausted from attending my girlfriend’s wedding the prior weekend. But I rallied and am so glad I did! When I got there, Kim pulled me aside and said, Bryan is suuuuper hot but he’s kind of a player right now because has only been single for a few months. So naturally I made a beeline for him.

We hit it off immediately–he’s one of the most intelligent guys I know and he says he loved that I was more interested in getting everyone to head downtown for fun than putting on makeup and primping. Score. We had a really fun night together talking and realized that we actually only live a mile apart–but had to come two hours away to San Diego to actually meet. Bryan text me the very next day after meeting and asked when I was going to cook for him–seeing as how I had bragged about my skills. He didn’t believe any girl living in Orange County could cook, so he put me to the test. That Wednesday, just three days after meeting, he came to my apartment for dinner. I cooked a four course meal that we barely finished. He brought a movie to watch that we never got around to turning on. Many years of dating later, and here we are, ready to make it official for a lifetime.

When you’ve been dating for as long as we have, you end up knowing that a proposal is coming down the line. Since Bryan let me chime in on ring selection, I knew it would be coming, but months kept rolling by and nothing! Every time we’d go for a walk on the beach, or a nice dinner, or a trip, I’d be waiting on pins and needles for him to pop the question! (In fact, I’m in such a habit of waiting for a propsal, that sometimes in really romantic situations I still wonder if he’s going to propose–even though he already did!!)

Finally, on my birthday we took a hike up in Newport Coast and had an impromptu picnic of wine and popcorn as we watched the sunset. I thought, okay, now he’ll do it. But nope. The sun had just about finished setting and I admitted to myself that it wouldn’t happen. I went to take one last picture and that’s when he pulled out the ring. I burst into tears instantly–right when I thought I’d have to wait longer, he managed to surprise me. I sobbed, we took tons of pictures, smooched, and started calling and texting everyone! Afterward, we met up with some family and friends for champagne and celebration! 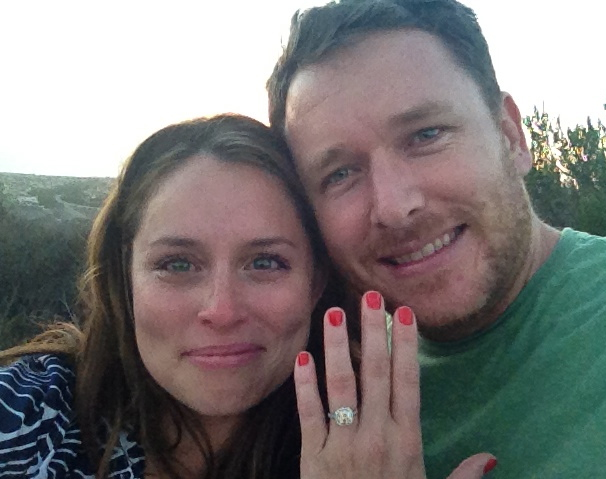 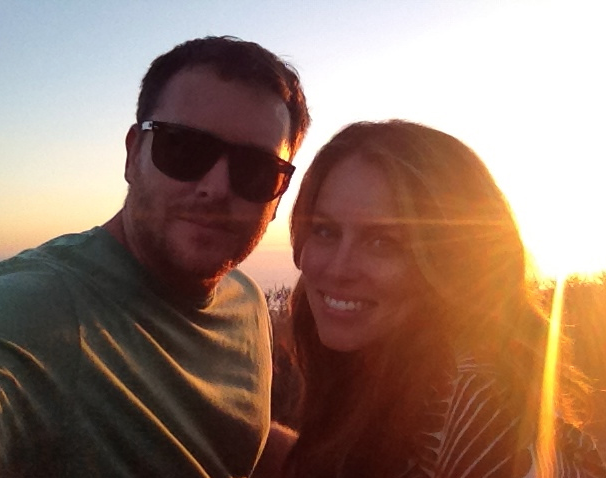 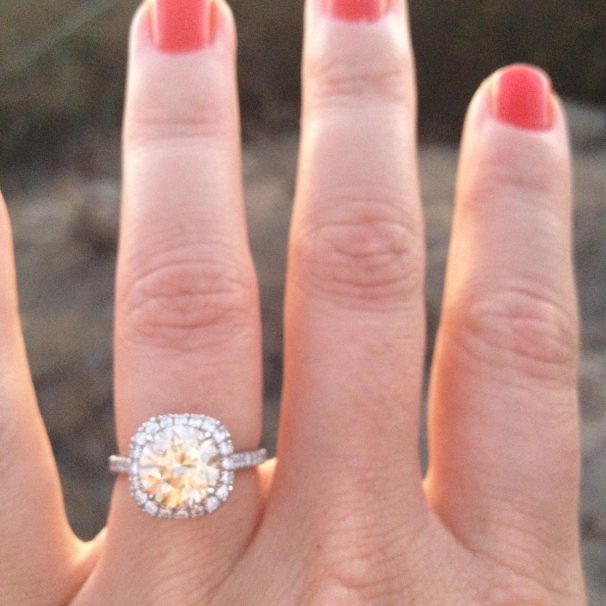 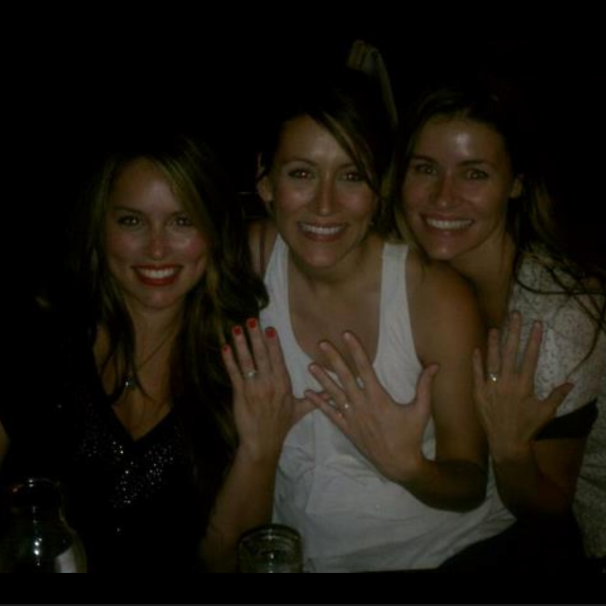