David moved from Buffalo in August 2010 to take a high school teaching job at the high school where my father was the assistant principal. The principal at the school was a family friend and he interviewed David for a teaching position for art and for soccer (As an aside, I am a teacher and coached soccer for two years at a high school 3 miles away from David’s school).

The family friend sent me a message telling me that I should come to school to meet this new art teacher. I told the principal that I wasn’t interested in an art teacher/soccer coach. Fast forward to February 2011–the principal and my father were trying to get me to hang around a basketball game between our two high schools to meet David. I politely said no thank you.

The following weekend, I met a college friend for a drink at a local establishment. She told me that a friend of hers and his friend were coming to meet us and she asked if I’d hang around. I was pretty annoyed that she sprung this on me at the last minute, but I obliged. David and his friend walked in and introduced themselves to me.

I was pretty anti-social, but for some reason, David decided to continue talking to me. He struck up a conversation about how he was a soccer coach at a local high school. When I asked what high school, he told me that school’s name where my father was employed. That caught my attention, so I asked if he was a teacher at the school and what he taught. He told me that he taught art and I busted out laughing. I asked him if his name was David (insert last name), and he said, yep. I said, “Ha! Funny story, your principal has been trying to set me up with you since August.” He said, “why haven’t I known anything about this?” I told him I wasn’t interested; and he said “we’ll see about that.”

The next day, we spent some time together talking and getting to know each other. The next day was Valentine’s Day (I know… mortifying), but he asked me to be his Valentine. We’ve been together ever since.

I was out of my mind the first Christmas (2011) David and I were together. I thought he was going to propose, so I went and bought this ridiculous engagement ring ornament and hung it dead center on our Christmas tree. Every time he walked past the tree, I would motion towards the ring. Christmas came and went with no proposal, and I went back to normal.

The next day, David and I were decorating our Christmas tree, and I pulled out that ridiculous engagement ring ornament. I started laughing, so he asked me what I was laughing at. I told him “I bought this ornament last year thinking you were going to propose to me! I was ridiculous and obnoxious.” He said “so what do you think about this year?” I said, “Nah.” And hung the ornament on the back of the tree.

Wednesday rolls around and we were supposed to take Christmas card pictures with our dog Winston. David’s friend was coming to take the pictures. I really hate taking pictures, so I told his friend I wanted this to be quick. They started goofing off with different types of poses, and so I told them I was done. David’s friend asked me to come take a look and see if there was any pictures that I thought we could use and if there were, then we could stop taking pictures.

When I walked over, there were these pictures of David on his knee from the clothes he had worn to work that day. He was holding something in his hand in the picture, but I couldn’t make out what it was. I thought that he and his friend were playing a trick on me so I got really flustered and started asking them what was going on and started trying to take a closer look at what David was holding in his hand. The friend spun me around and David was on one knee holding a ring box.

He had a precious speech planned, but I cannot tell you one thing that he said. I was so shocked I fell backwards into a wall, and was doing my infamous “ugly cry” where I breath sharply and get really splotchy. I was so touched because he planned on doing it when we were taking our pictures because he wanted it captured on film. It was so sweet and unexpected. It was better than any way I could have ever imagined! 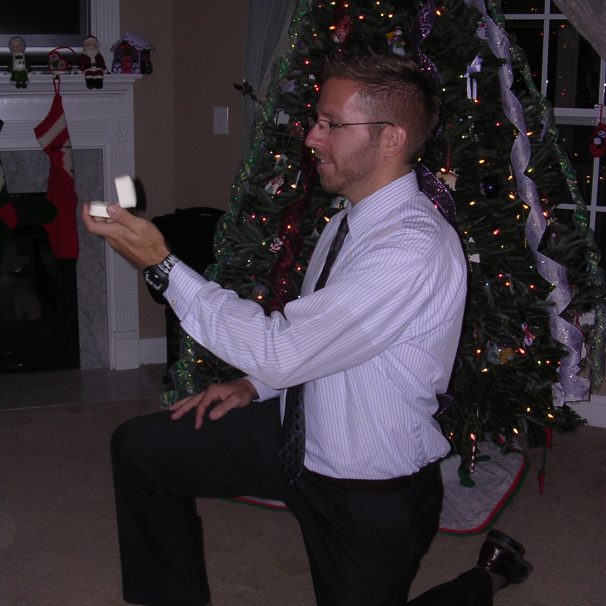 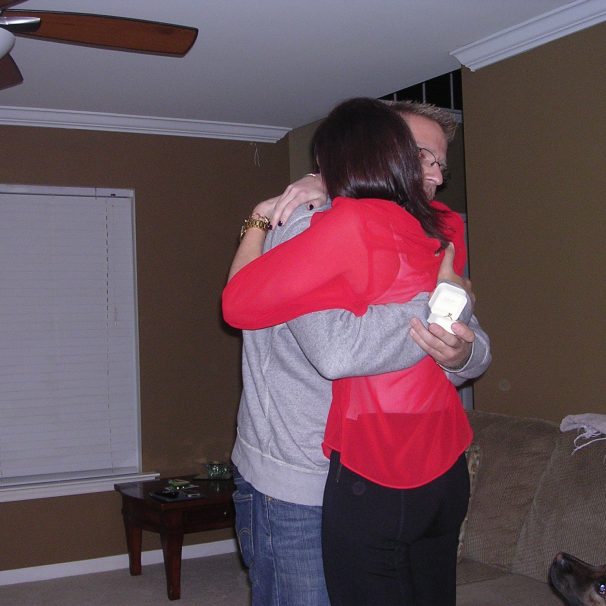 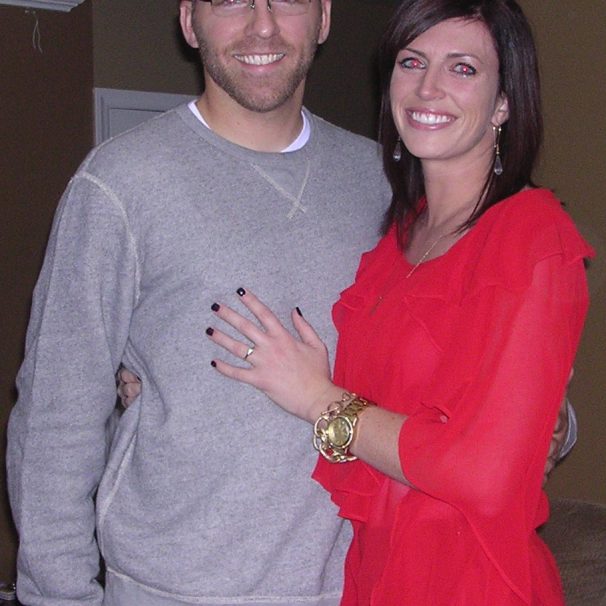 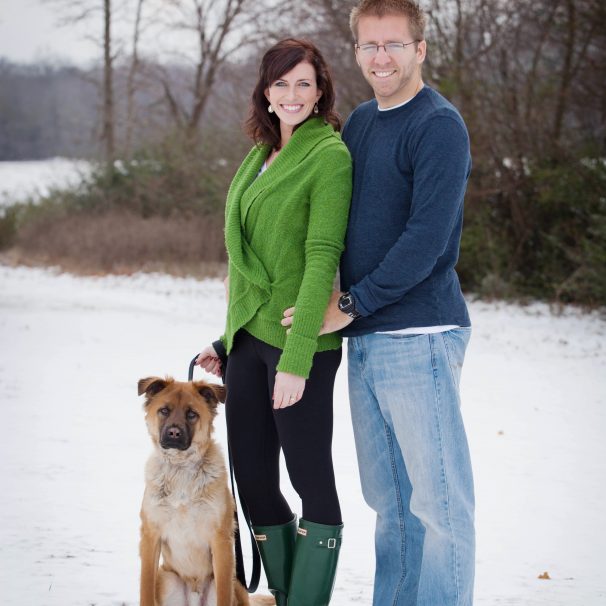