Being an architecture major allows me to be creative and think outside the box. I wanted to show her how much I truly love her so I decided to make it unforgettable for her. We both love the beach and I knew it was the perfect place to propose. Ever since we met we have always gone to the shore every weekend during the summer and spend at least one weekend per summer in wildwood, NJ. The set up of the proposal came about with a pathway leading to the heart. I wanted the path way to tell a story of our love and have her read the signs of how much I love her. At the end would be “my heart” awaiting for her to come inside of it which was where I got down in one knee. This heart symbolized how I am giving her my entire heart and love to her for the rest of our life.

I began planning about one month prior. I searched for a place that sells real rose pedals and I found one that would give me 700 rose pedals. I also bought plain wood and at the wood shop I cut the wood in order to build the signs. Then I sprayed painted the signs dark brown and wrote love quotes. I also printed pictures of us and posted them on the signs. I also bought a ton of fireworks which would go off after she said “yes”. I also borrowed torches from my family which would be lighting the pathway.
Finally I traveled to wildwood, NJ on Saturday morning with my two cousins (Javier and David mantilla). We left the house at 10am and arrived to the shore around 11:30. We searched for the perfect spot to set up everything. Once my cousins and I finished putting everything In place we hide two goPro cameras. One was on the sand facing the entrance of the pathway and the second camera was behind the last sign facing the heart.
After setting up everything I went to change my clothes into a more formal attire.
During all this, my gf was traveling from Philadelphia to meet me at wildwood. I told her I was at some architecture conferences at the convention center and then was working on a new project site on the beach. I offered to show her the site and the new project I was working on so she wouldn’t suspect anything.
We finished getting everything together at 2:10 so I had my cousins move their cars to another street so she wouldn’t recognize them.
Later one of my cousins (Javier) was hiding near the sand dune dressed with a black hoodie and a hat. Javier would be taking pictures and recording the proposal. On the other side my cousin (David) was in charge of setting up the fireworks after she said yes.
Once she arrived to the parking area she had no idea what was awaiting. She thought she was just going to see the new project site. She arrived around 2:30pm and I walked up to her. I told her I would cover her eyes because I wanted to show her how cool the new project is. She believed me and trusted me to walk her with her eyes closed. As we walked she was laughing and saying how scary it was to walk on the sand with her eyes closed but trusted that I wouldn’t let her fall.
Finally the moment arrived. The day we both have been waiting for! 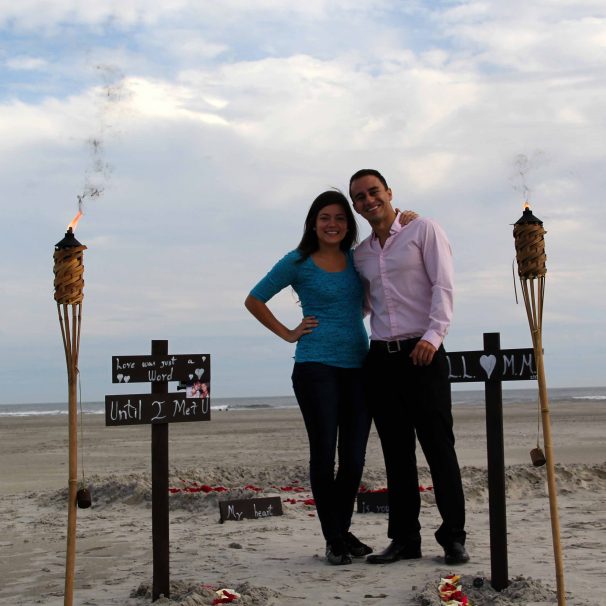 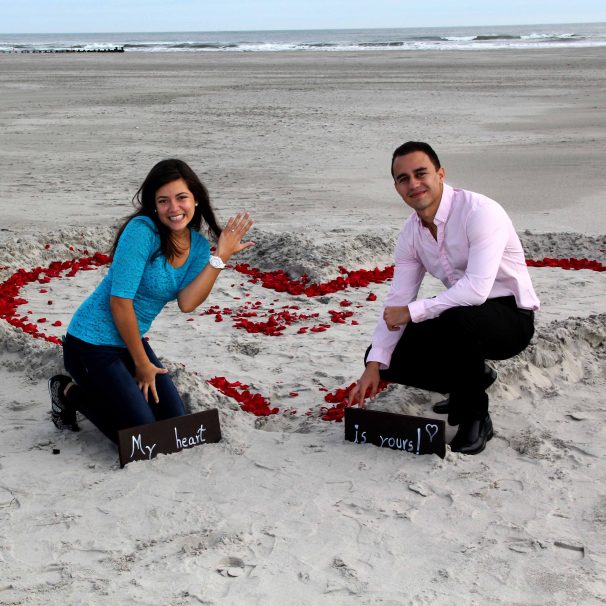 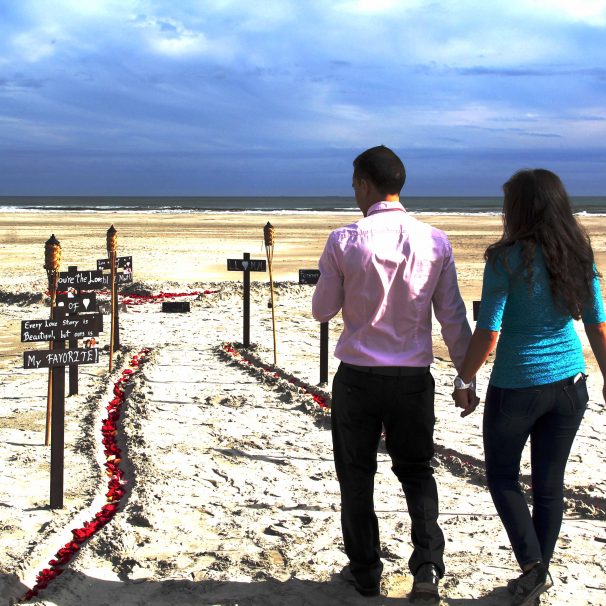