They say the love of your life can be right under your nose without even realizing it! Case in point, our love story. We’ve known each other for over 11 years and little did we know we would end up madly in love! We naturally went from acquaintances to best friends. And even being best friends, I don’t think either of us ever imagined a once-in-a-lifetime fairy tale love. We would text each other constantly and talk late nights on the phone. My friends began telling me that he was into me, but I really didn’t see it, or maybe I was quite naive. Then, in a Christian women’s conference, the conference’s theme was based on Song 2.5: “I am lovesick” (NKJV). And for some odd reason, all I could think of was my best friend, Juan. And the veil was removed!

We look back at our relationship and are grateful for every cherished chapter. Our love has been tested through the fire and is more precious than refined gold! We can only wish for the world to experience a love like ours.

If everyone in the world loved the way I love Juan and Juan loves ME, then what a wonderful world this would BE!

I love fairy tales, I just never imagined I would be a part of one. But the truth of the heart is that ever since I fell in love with Juan, I knew it was a one-of-a-kind, once-in-a-lifetime love. He surprised me on Christmas with tickets to NY for New Years. I was ecstatic to take him everywhere in the city and my sister and brother-in-law would be there also! So on New Year’s Eve around 1 PM he took me to Central Park where we rode a pedicab and were wrapped in a blanket due to the winter breeze. We were dropped off at the American Museum of Natural History and he decided to step away in search for coffee and hot chocolate. I thought it was strange since we were waiting 10 mins. in line to walk in (Later, I found out he was afraid the metal detector would detect the ring). Then we walked back to Central Park toward Bow Bridge (the proposal bridge) and carved our initials. A few feet away, there was a rocky hill where we climbed up to look at the gorgeous view. So he set his iPhone on a rock to take a photo of us, and as I posed for the camera, he turned to me and began telling me heartfelt words as his gaze struck my soul. Then he reached for his pocket and got down on one knee. I believe in that moment, my mind went blank and before he uttered the words, “Will you marry me,” I interrupted and said, “of course!” I had a blank stare and he smiled and hugged me. As we continued to walk in Central Park, I finally realized what happened! The man of my dreams proposed to me! Then, I began to cry uncontrollably! Tears of joy and excitement ran down my cheeks and we were overwhelmed! It was such a magical moment! I’m still pinching myself to make sure this is all real. And it sure was! 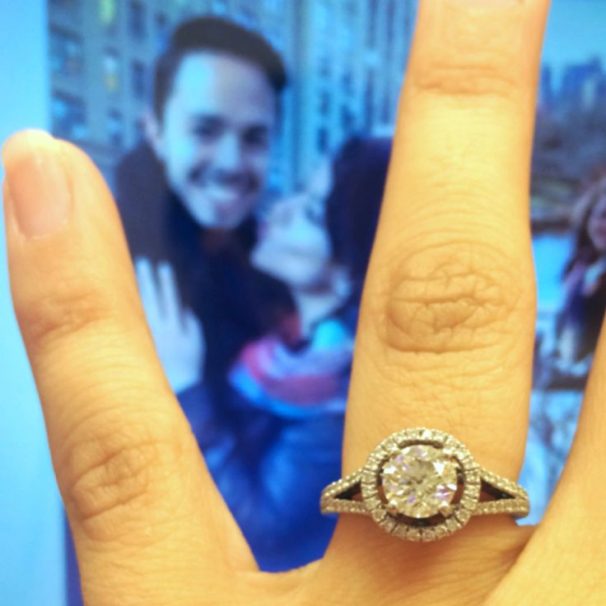 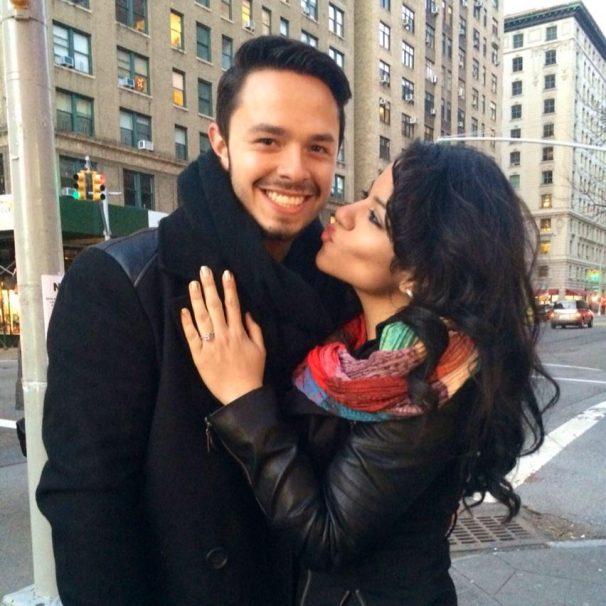 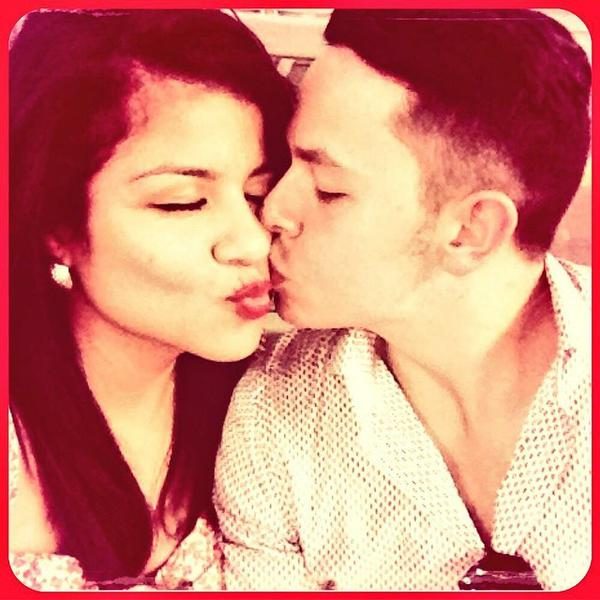