Andrew and I met at a county fair on August 1, 2009. (I know, how *very* midwestern of us!) Despite the fact that we were both attached to other people, I looked at him and I knew I’d marry him. Fast forward to December 30, 2010, when we saw each other again for the first time since the day we originally met. Lots of things changed. Andrew had graduated from the Naval Academy, and he was preparing to leave on January 1 to begin training in Pensacola, FL to become a pilot, and most importantly, we were both unattached. I was still a student at Mizzou, and long-distance was not a word I desired to have in my vocabulary. As I feigned ignorance that I was falling madly in love with him, we settled for talking on the phone every night. After I graduated in May 2011, I moved back home to St. Louis. Andrew completed his training in Florida, and was stationed in Mississippi. The distance gap was shorter, and our nightly conversations continued. On November 23, 2011, Andrew came to pick me up from my best friend’s house so that we could all go out to get drinks the night before Thanksgiving. At that point, our feelings for each other could not be ignored, and we haven’t been ignoring them since!

On August 1, 2014, Andrew took me to the beach with our dog, Scout. When we got to the beach, it started to pour; however, Andrew was persistent on the fact that we needed to take Scout to the beach to play. He ran up ahead of me with Scout, and once I caught up with him, I pouted in the sand with my beach towel over my head. I eventually finished the pity party and decided to have fun and play. We both chased Scout around and played fetch with her. At some point, Andrew came over to me with Scout. He kneeled down and started to pet her, and he told me that he loved me and as he was in the middle of saying that I was his best friend, and that there was no one else he’d rather be with, I saw the ring on Scout’s collar. Then he said, “Well, I was wondering if you’d marry me.” I said yes, and put my ring on… and then we ran back to the car because we realized we were still standing out in the rain.

Fun fact: the center stone in my ring was originally in my Grandmother’s engagement ring. 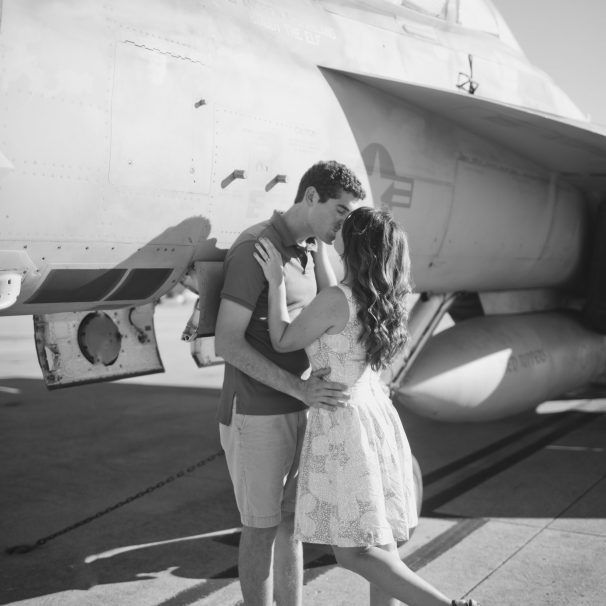 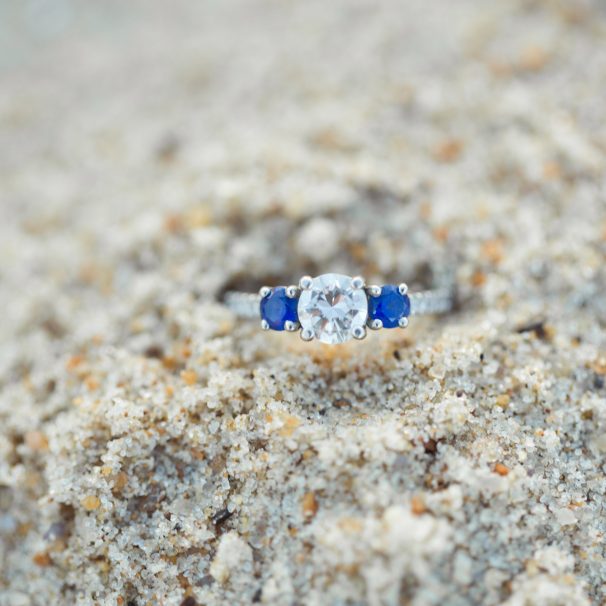 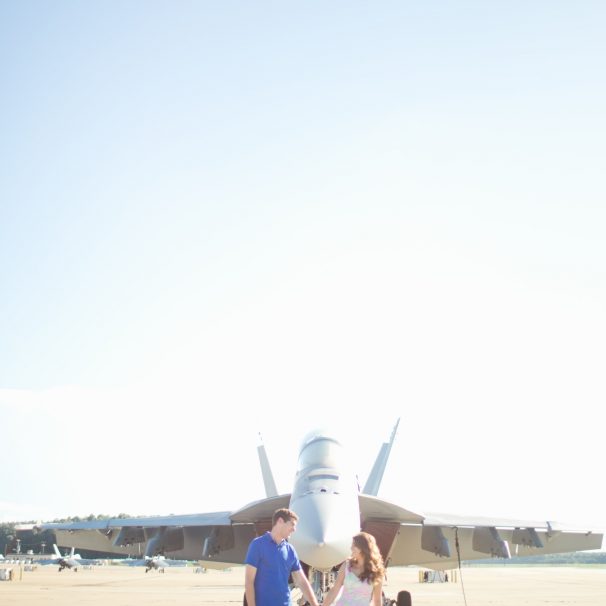 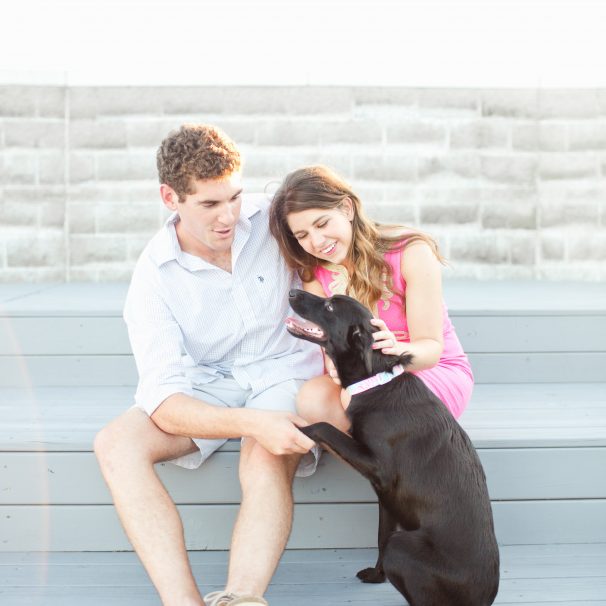 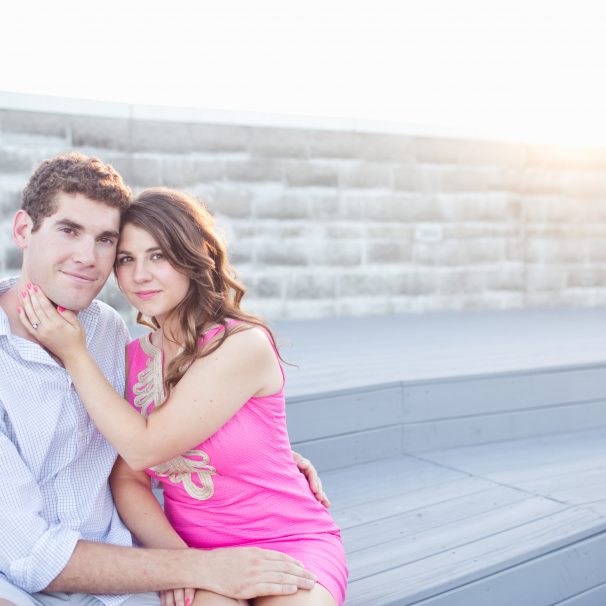