Back in 2009 i was going through a very tough time. The relationship I was in had ended and I was feeling like a failure and pretty down on myself. I had started a new job at a software company downtown San Francisco, and was trying to get my life back. Our story starts out kind of funny. See, Ascander and I worked together. We were in different departments, but believe me, I sure did notice him, and often. We became friends on facebook, as all wonderful love stories start out :), and were just friends. Then one day, he posted a line from an old George Michael song “never gonna dance again, guilty feet have gotten no rhythm.” and the song was stuck in my head all day. As much as I love the 80’s, and nothing against George Michael, but it’s just not the song you want stuck in your head all day. I decided to send Ascander and IM to tell him that he really owed me for doing that. We decided to go out for “hate coffee.” Sounds worse than it is, I swear, but I was “mad” at him for getting that song stuck in my head. We went to a local coffee shop and actually enjoyed flirting and talking for the next 30 minutes. We ended up going to coffee nearly everyday. Our friendship started turning into something other than friendship, and we knew that. We decided to keep it on the down low so that no one at work would be all nosey. One day we were walking down a busy street in San Francisco and Ascander gave me a side hug, yes, I said side hug, and just at that same moment, 4 guys from work rounded the corner. It was uncomfortable because we knew right then, everyone would wonder. And yes, the rumors started. Nothing bad, but still, people were asking. It wasn’t until 2 months later around Halloween that we kissed and that’s when it all began really. Me, dressed as a pirate and him, not dressed up at all because he’s just too cool for that. :) Within 2 months we were telling each other we loved each other and now, a little over 4 years later, we’re engaged to be married. Honestly, he saved my life 4 years ago and I can’t wait to spend the rest of it with him. He’s my best friend, he gets all of my quirks and loves me the same. I’ve never met anyone like him before, and I do feel like the luckiest girl in the world. i have found the perfect partner for me, and I’m never letting him go.

Ascander and I started talking about marriage a little over 2 years ago. Honestly, we both knew that we wanted to spend forever together very soon after we met, but you know, we wanted to give it some time. We both had previous relationships that were no good for us, so we needed to make sure. I knew that Ascander was the one, and vice versa, it just took awhile to get that actual proposal. :) 2012 was our year. We had discussed rings back in the Summer. We never went and looked at them, but we searched online and he wanted to know what I liked. I wanted vintage of course. Something with soul and history, and something unique. But honestly, anything from him would have been fine for me. It was 2 days before Christmas, my favorite holiday, on a Sunday. I was leaving the next day to be with my family in Indiana, so Ascander and I had our Christmas early. We lit candles around the house, had PJ’s on, played Christmas music and sipped delicious homemade eggnog. We started opening out stockings and I got to a card. He said “that’s the last thing you open, let’s start opening presents”. I honestly wasn’t expecting anything. I was getting everything I asked for under that tree, so I wasn’t expecting a ring too! The last thing I opened was this card. In his beautiful and meticulous handwriting there was a quote from Rumi written “what you seek is seeking you”. Hmm, what was I seeking? As I was reading the card, in my long john pj’s, he went around the corner, grabbed something, and came back. I didn’t see what he grabbed. He started talking to me about how much he loved me, how he was seeking the same things I was in life, and he knew that, then he handed me the tiniest box gift wrapped to match all of our other presents. My heart started racing, since i knew what that box was holding. I unwrapped it and found an amazing vintage ring box. He got down on one knee and popped the box open. My mouth hit the floor, it was beautiful, and he asked me to marry him. I cried, said yes, and we were beyond excited. I called a few people, took some photos and then just basked in the afterglow. And ever since then, I’ve been basking. We’re getting married in a sweet and simple ceremony at San Francisco City hall in April and holding our reception at our favorite restaurant, and we can’t wait. Best.Day.Ever. My ring is an Ascher cut from the 1920’s. It’s everything I wanted, but never asked for. He did a great job and I smile every time I look down at my hand. 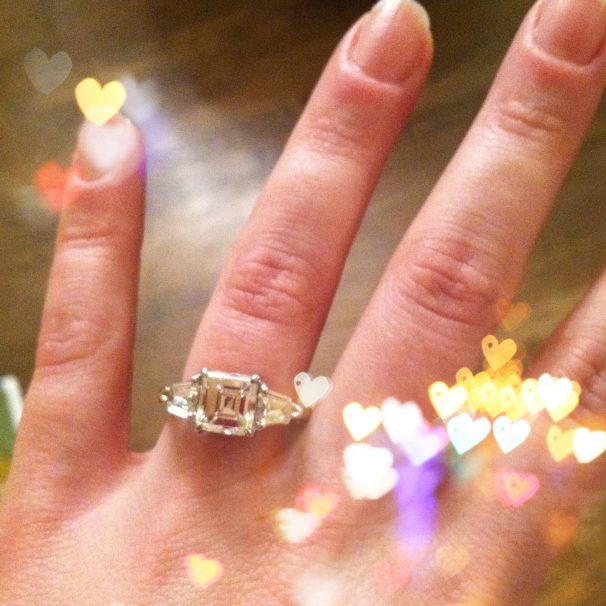 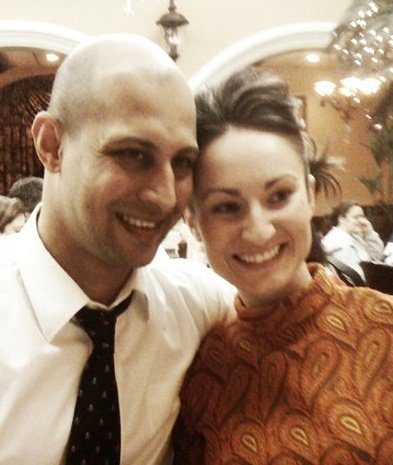 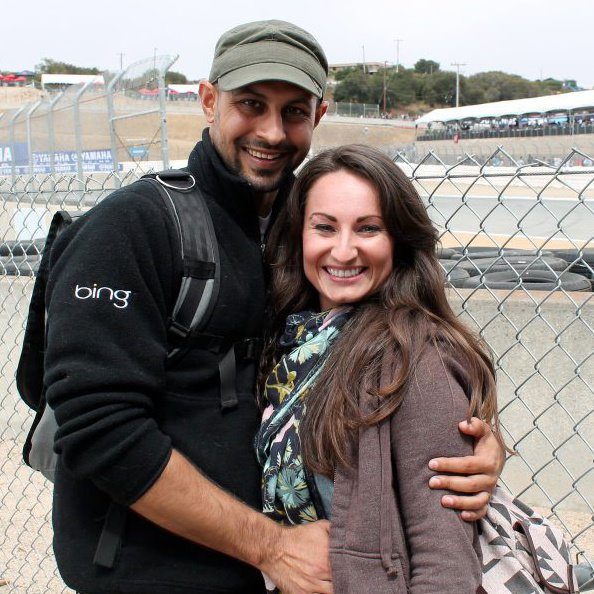 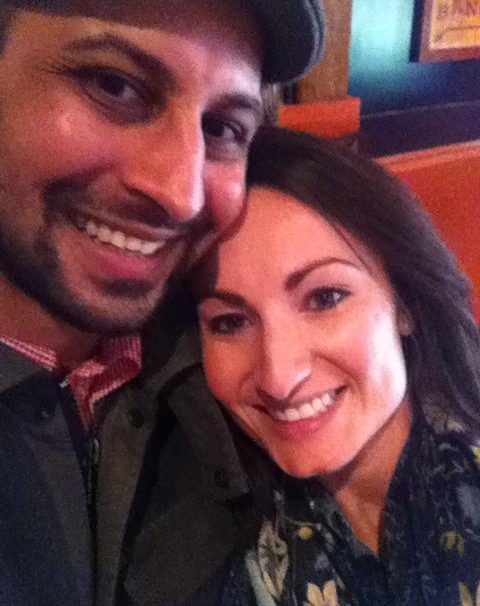