I had meet my now husband in passing though some close friends, but it was a quick meeting and I didn’t see him again for 2 years. Then New Years eve, a little over 2 years later, I headed to my best friends house to celebrate, and unbeknownst to me he was there. We had the most amazing night laughing and dancing… and at midnight we KISSED, and we have been kissing ever since.

We were headed for Tahoe, and I was so annoyed with Brad. I couldn’t figure out what his deal was. He was acting so odd, and barely talking to me. After the very long drive we got to the cabin. Soon after unpacking he asked if I wanted to walk down to the lake, I declined. He asked again and my answer was still no. So he started barbecuing for dinner, I joined him outside on the deck overlooking the lake. All of a sudden he pulled a ring out of his pocket and started proposing! I quickly said yes, and then realized that was why he was being so odd the whole way to the cabin! I was kicking myself for not letting him take me down by the lake for a more romanic moment, but as he proposed there on the deck a song was playing on the radio and now whenever I hear it play it brings me back to that moment. Pretty perfect after all. 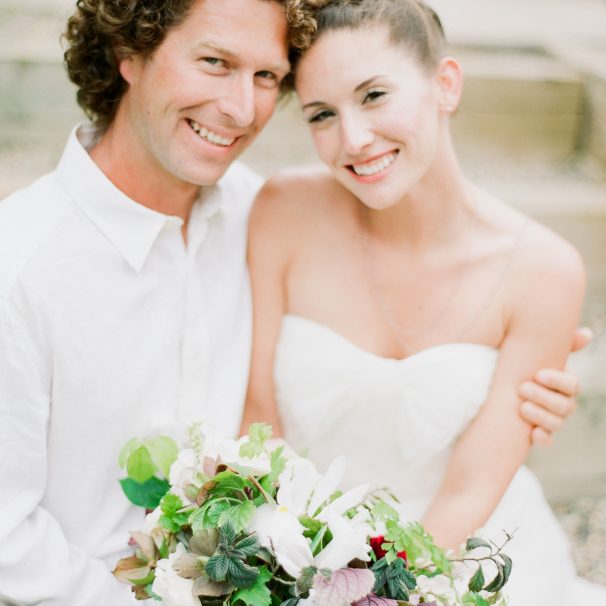