I will be the first one to admit that, yes, we met at a bar. After a few weeks just talking to one another we went on our first date. On that first date, while he was in the restroom, I texted my mom telling her what a great family guy he was and how he had four sisters and parents who were still in love with one another. Shortly after we had introduced one another to each other’s families, it was all over. My family, and I mean 20 + extended family fell in love with him. This man, my man, is an old school gentleman. Brandon has always put my wants or needs before his own and without second guessing. We were smitten with each other from the beginning. One of the sweetest compliments was from a complete stranger telling us how one day she hopes she finds a man who looks at her the way Brandon looks at me. Our family and friends have told us this before because they know our love for one another, but from a stranger makes it special and memorable. In spring 2012, Brandon’s sweet mother passed away from cancer.She as always on him about hurrying up and proposing so then we can start having grandchildren for her. It was the most difficult times in his life which ultimately drew us closer together and were grateful that we were there to comfort each other.

I had ALWAYS wanted to go to San Francisco being that I live in Southern California and had never been! I was sick my whole three weeks of winter break (I am a school teacher.) My first week he had booked us a three night stay but had to cancel from the everlasting flu that went on winter 2012-2013. The last three days before going back to school I had the energy to go! We had such a great time seeing the city and going out at night to places like The Beauty Bar. We decided that we hadn’t taken many pictures on our trip and we wanted to get some with the Golden Gate Bridge in the background. So we drove up as far as we could and as we got closer we saw that people were actually walking across it. He casually asked about walking up there and off we went. As we were walking he stopped to put on his Patagonia vest and had to get it out the backpack. My heart stopped. I thought, ok, here it goes, he’s going to do it…. I purposely try to not look at him and stare out at the beautiful sunset (while looking out of the corner of my eye.)But he zips up the backpack and puts on his vest, zips it up, and buttons each little button. My heart started to think and I thought, geez Ashley, calm down. But then out of his pocket he brings out the box and gets down on his knee and asks me. I started crying and then giggling. I call it criggling. I was shaking and it was as if my body was in shock! I had waited 3 1/2 years for this and at that moment we knew his mom was smiling down on us. It was the best night and I couldn’t get home soon enough the next day to see my family. It was the best night so far of my life and I cannot wait to spend forever with him! 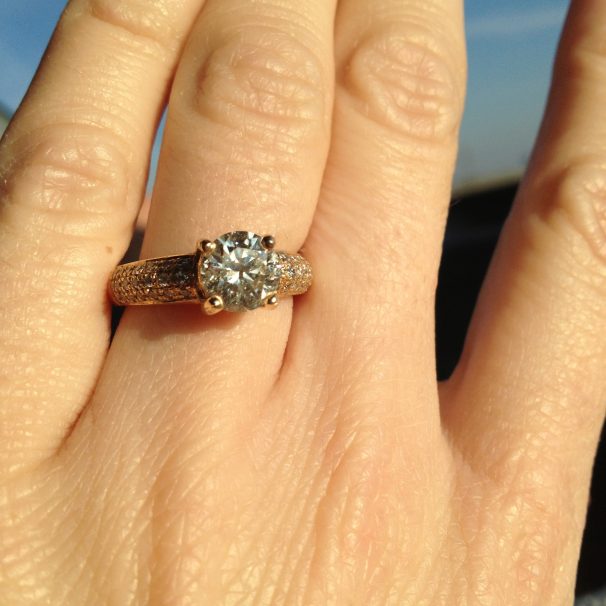 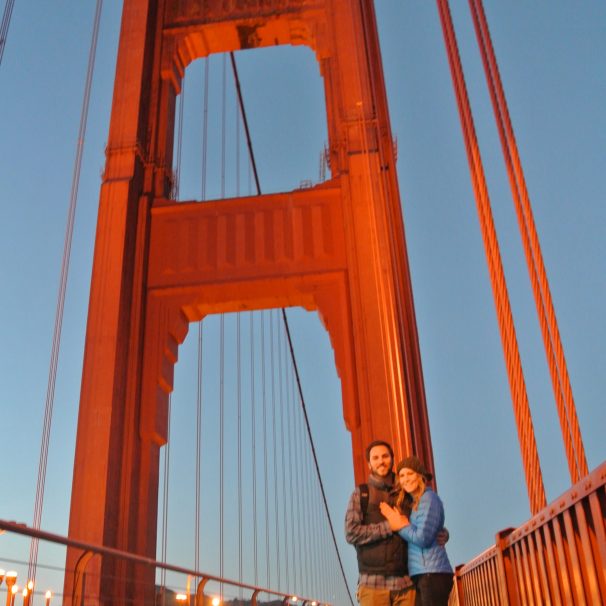 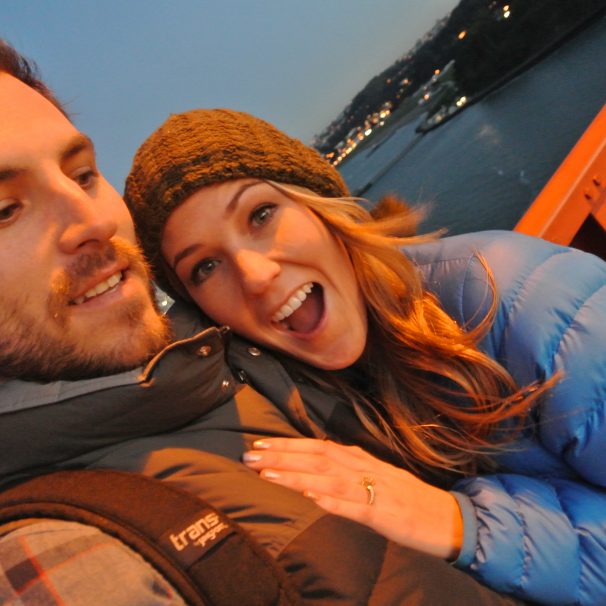 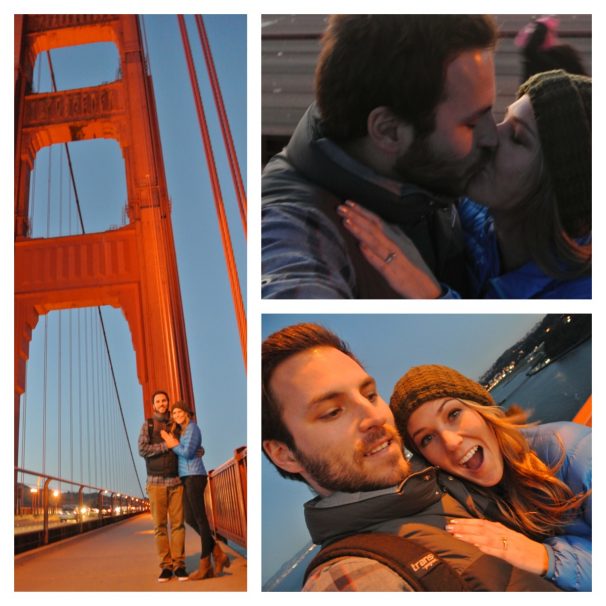 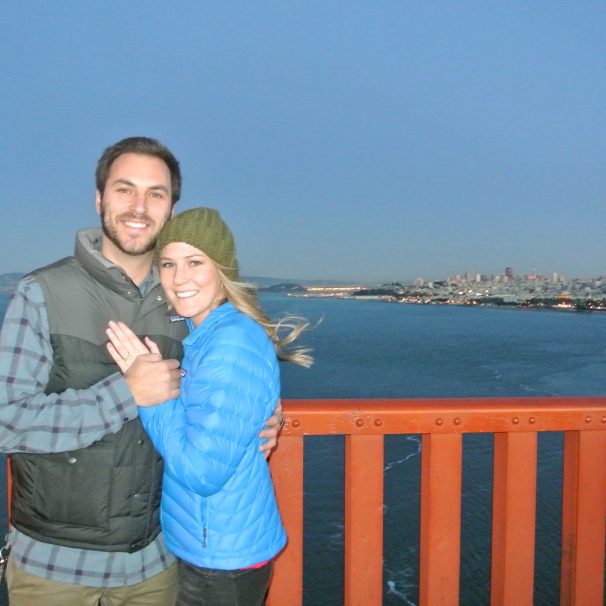